The Most Iconic Glasses Styles Of The 80s

If eyes are the window to the soul, then glasses are the curtains, designed to draw attention to and show them off in the best possible way. However, just like any other accessory, certain kinds of glasses have come in and out of fashion over time, with some truly outlandish examples hitting runways and department stores across the decades.

Of course, the 80s might not have been the most fashionable decade overall, but they definitely boast the most memorable fashion moments overall. That’s why today we’re taking a trip down memory lane to explore the most iconic glasses styles of the 80s, from the certifiably hot to the definitely not! 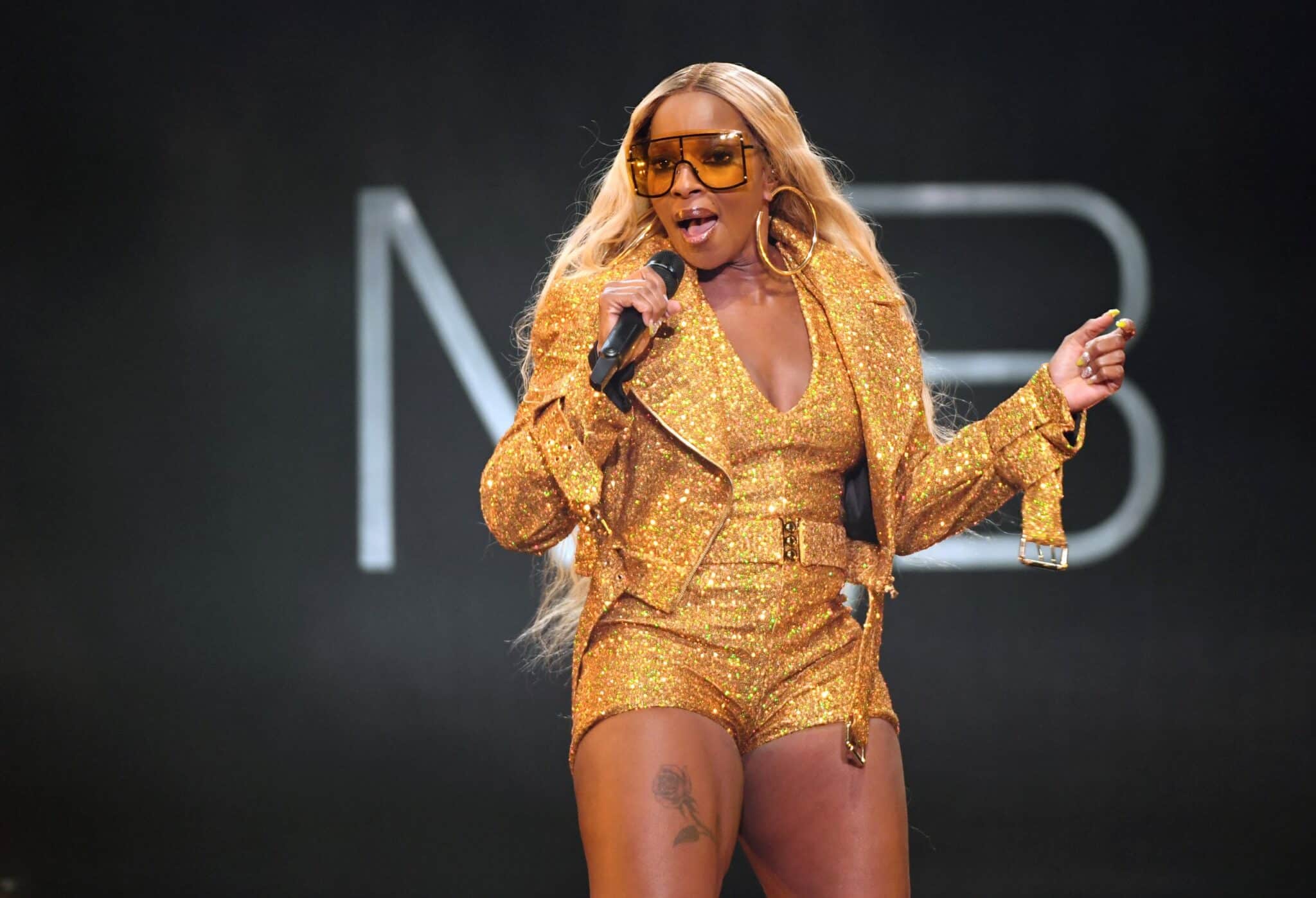 Nowadays, when you think of specs with super thick frames, you probably think of millennial hipsters popping the lenses out of their 3D glasses back in the day, or maybe the occasional fashion-forward moment from Ru Paul and Billie Eilish, who are both known to pair a chunky set of frames with their carefully chosen menswear.

However, back in the 80s, another group of people made ultra-thick frames trendy and aspirational: rappers. From Mary J. Blige to Run DMC, for a few years, it seemed like every single one of hip-hop’s rising stars was sporting frames thick enough to withstand a drop from any height. In fact, some 80s icons, like Mary J. Blige herself, never moved away from this instantly-recognisable look! 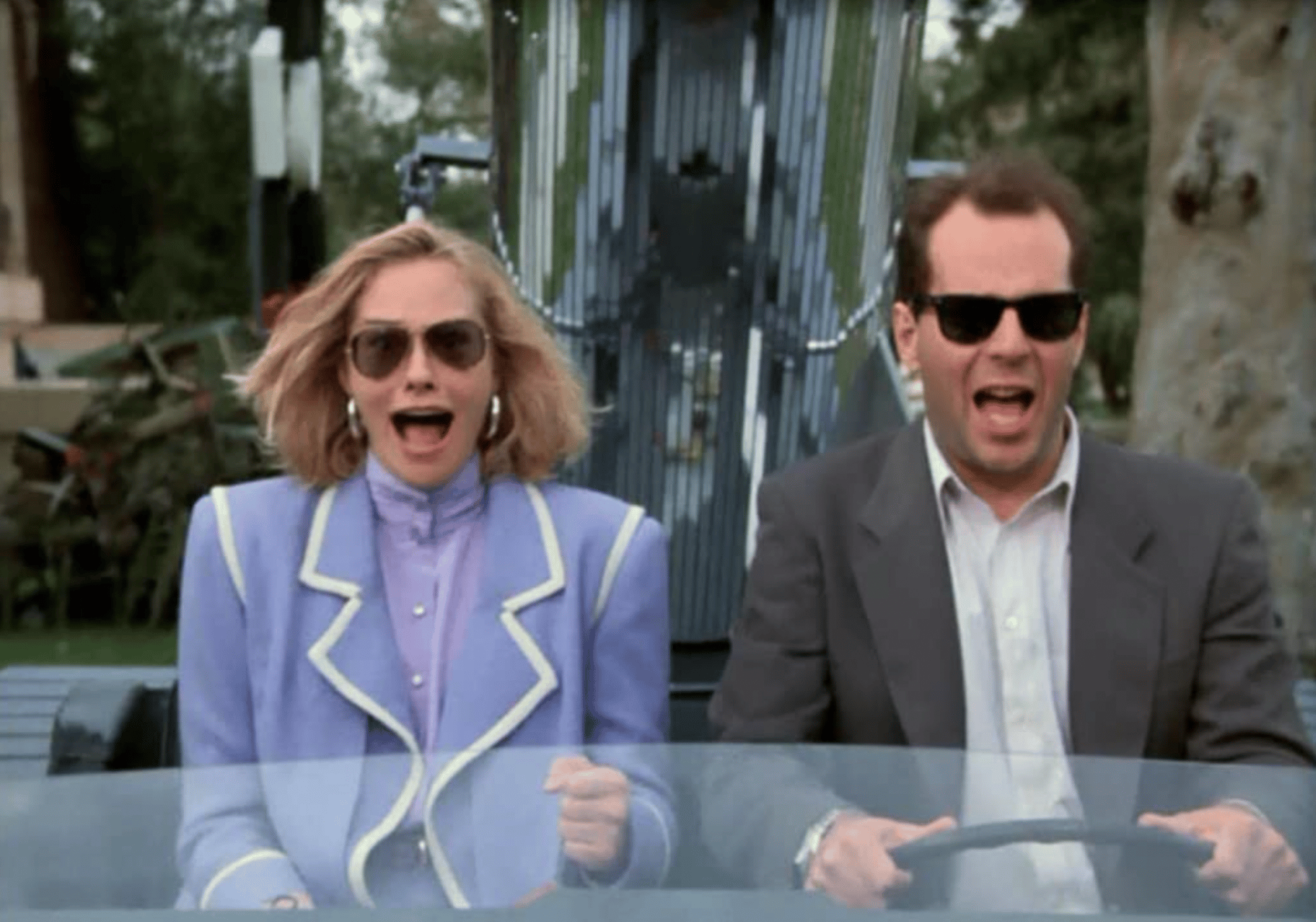 Browline is the name given to the style of glasses with heavy and expressive frames at the top covering the eyebrows, but minimal wire or metal holding the lenses in place on the bottom. This utilitarian style was popular with businessmen in the 40s and 50s and carried an association of seriousness and intelligence, which meant that by the 80s they were considered stuffy and out of date.

However, one piece of media changed the course of fashion history: Moonlighting, starring Bruce Willis. Willis was often caught sporting browline glasses throughout the series, leading to an uptick in popularity and a decline in the style’s more uncool associations. Long live the browline! 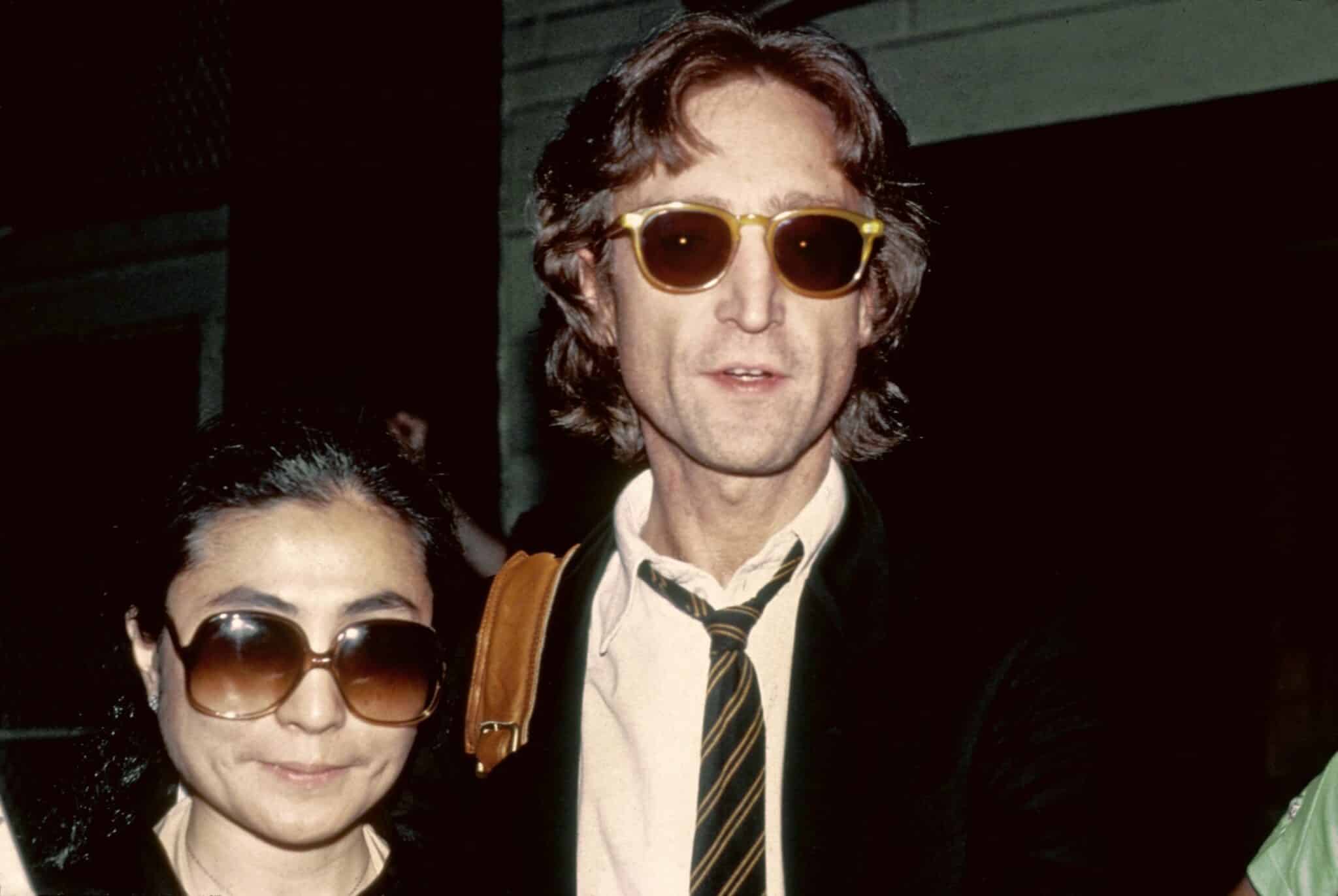 Trends are usually popularised by celebrities, but you don’t necessarily have to be in your most iconic era to set the dominant fashion of a time. That’s how John Lennon, most famous for his work as The Beatles’ chief songwriter in the 1960s, managed to ignite a love of his signature round glasses two decades later.

The kinds of round glasses that Lennon preferred changed over time, but following his death in 1980, many people began wearing these minimal and easy-to-style frames. Part of the reason that they became so popular is that they look good on most faces, and can be styled in a variety of different ways.

Everybody knows that trends are recursive and cyclical, but what you might not know is that things can come back into fashion via several different cycles, from the ten-year cycle all the way up to the 40-year cycle. That’s how a style of glasses that was most popular in the 1950s could come back in the 1980s, albeit in a slightly different way.

Thanks to movies like Grease, cat-eye glasses have a strong association with the 1950s, and films like the Marilyn Monroe star vehicle How to Marry a Millionaire bear this out, so much so that this style of frame is also known as “the Marilyn”. 50s nostalgia boomed in the 1980s and, as a result, everyone from Princess Diana to Madonna began sporting this nostalgic style.

If you’re thinking to yourself “wait, aren’t tinted glasses a trend now?” then you’re not wrong! Both Johnny Depp and Robert Downey Jr. can be seen sporting these colourful lenses at almost interview or every red carpet appearance, and several younger celebrities like Chloe Bailey and Vanessa Hudgens have also begun accessorising with colourful sunglasses.

However, Depp and Downey Jr. are simply continuing a trend that they helped to pioneer in the late 80s, when coloured frames were all the rage. Stylists believed these lenses helped to highlight the eyes, and they had a utilitarian function as well, protecting the eyes from harmful UV rays. That’s fashion meeting function! 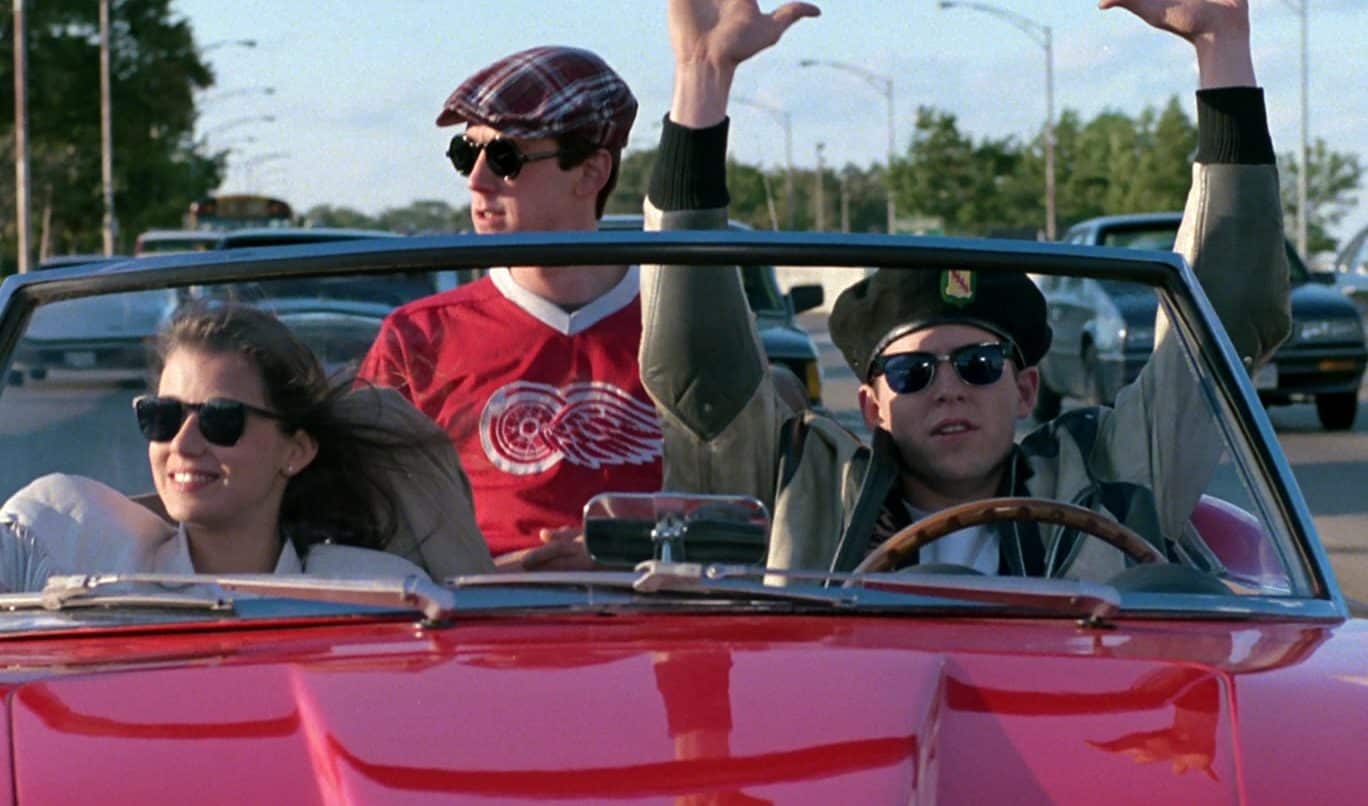 Wayfarer glasses are one of those styles that very rarely fall out of favour. They were the dominant alternative glasses shape in the 1960s and 1970s thanks to their association with rockstars like Jimi Hendrix, so much so that they were even known as “Hendrix glasses”. Logic would usually dictate that Wayfarers would therefore be passé by the 80s, but that was not the case!

Thanks chiefly to them being the favourite of the titular Ferris Bueller, the glasses of choice for The Blues Brothers and also featured in Risky Business, Wayfarers entered the 80s as a cultural force in their own right. If you wanted to be cool in an effortless and timeless kind of way, then there was no other choice.

Unfortunately, not everything that looked classy and fashionable in a previous era looked just as good when the 1980s brought it back. Way back in the 1940s, starlet and beauty icon Ingrid Bergman famously wore clear frame glasses in Spellbound, believing that they brightened the eye area, removed shadows and created a clean and cohesive look.

The 1980s adopted this bygone style in earnest but failed to capture the perfectly manicured air of sophistication that used to accompany it. Tragically, the most famous character to adopt this fashion in the 1980s was Deirdre Barlow, played by Anne Kirkbride on Coronation Street. Her huge, clear framed glasses were more akin to jam jars than Hollywood glamour, and look rather dated today. 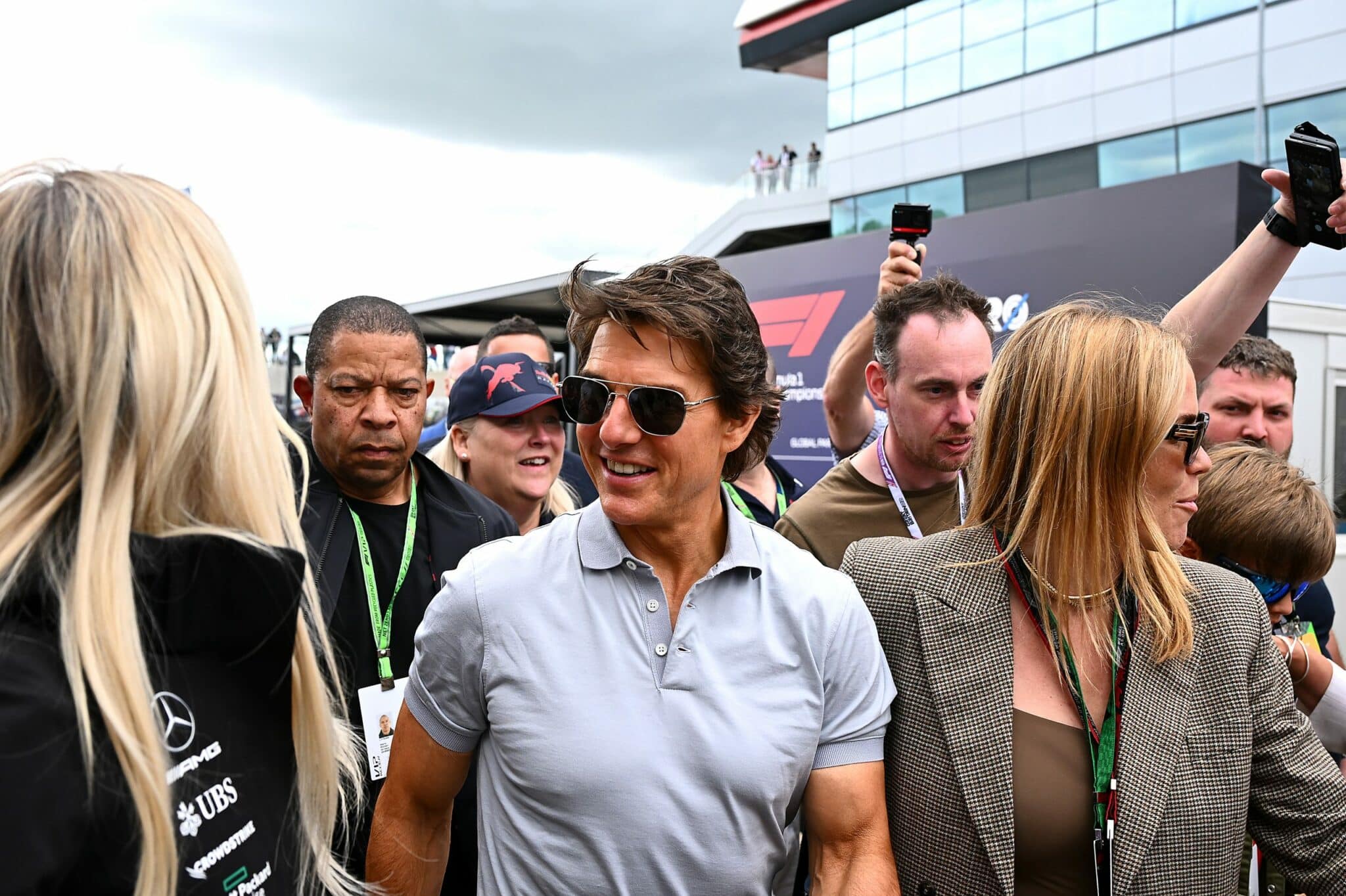 Many of the glasses styles that are now household names were popular before the 80s, and simply gained even more prominence during the Me-First Decade. However, Aviators are the rare example that actually became iconic during the 1980s, and have simply stuck around since. As for why Aviators suddenly became the must-have fashion example, it’s simple: Top Gun.

Aviators were originally designed for airmen in World War One, but their fashion potential was exploited in Tom Cruise’s 1986 classic Top Gun. After seeing Cruise zip around on his motorbike with his stylish leather jacket and glasses combo, everybody rushed out to add a pair of Aviators to their wardrobe – and the rest is history! 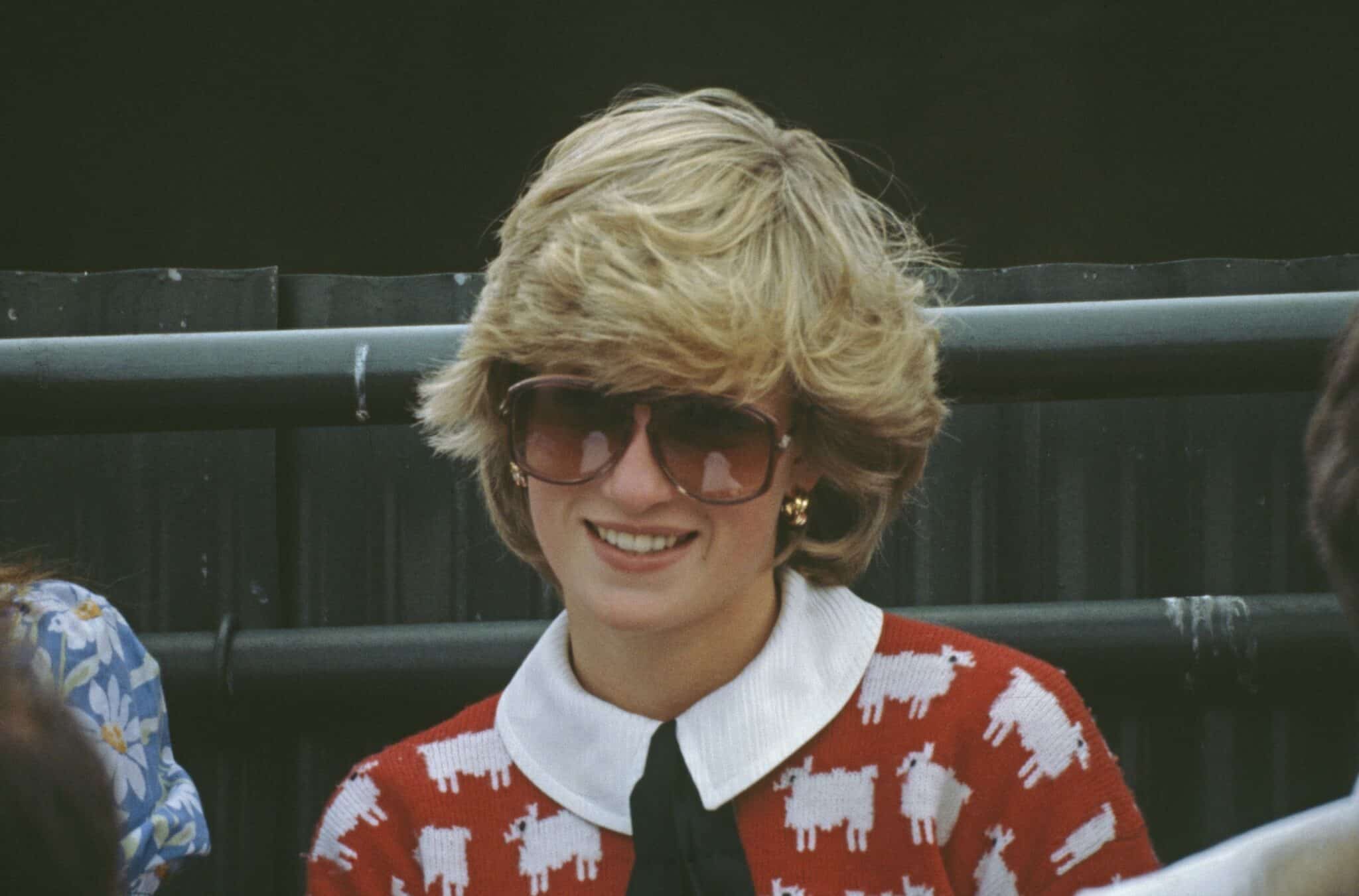 If the 80s were the decade of anything, they were the decade of bigger: bigger hair, bigger shoulder pads, bigger pants. So it really shouldn’t be a surprise that the thing uniting every other glasses trend was the size. Everything from the width of the frames to the size of the lenses increased exponentially in the 80s, with the height of fashion being to have 50% or more of your face covered.

From Princess Diana to Susan Sarandon, everyone was embracing bigger sunglasses, probably to balance out the increased volume in their hair in an effort to keep things proportional. As for wearing a sheep jumper when it’s clearly sunny enough outside to require shades? Not a clue!