Once upon a time, Bruce Willis was one of the biggest movie stars on the planet. So big that, not long after hitting the big time with Die Hard, Willis – along with his similarly famous then-wife Demi Moore – decided he could afford to make an ambitious home for himself far away from Hollywood. Rather than simply buying a mansion, a ranch or an estate like many of their peers, Willis and Moore set their heights a little higher: they wanted their very own town.

The place Willis and Moore settled on was the struggling Idaho mining town of Hailey, and for several years they set about turning the obscure northwestern burg into their own personal utopia – but when the dream fell apart, so did the town.

For the bulk of the 80s, Bruce Willis was a modestly well-known actor and sometime singer, who’d achieved his greatest fame co-starring with Cybill Shepherd in TV comedy Moonlighting.

This all changed when Willis was offered the lead role of John McClane in the action movie Die Hard, for which the actor – despite his relative obscurity – was able to negotiate a then-eyewatering payday of $5 million.

Almost overnight, Willis went from TV funnyman to the next big action hero, and his demand in Hollywood sky-rocketed.

Tabloid interest in Willis’ personal life also mushroomed, particularly as he had not long since tied the knot with another up-and-coming movie star, Brat Packer Demi Moore. The couple wed in November 1987, eight months before Die Hard opened.

In August 1988, Moore gave birth to the couple’s first child, Rumer Willis (who later followed her parents into acting). By all accounts, the couple were keen to raise a family away from Hollywood’s bright lights, not to mention its intrusive reporters and photographers.

With this in mind, Willis and Moore turned their attention towards Idaho, whose ski resort Sun Valley had long been a favourite getaway spot for old-time celebrities ranging from Ernest Hemingway to Marilyn Monroe.

At first, Willis sniffed around the Idaho city of Ketchum, where he purchased a bar. However, when local authorities turned their nose up at his plans to expand there, Willis decided to look elsewhere.

Hailey, Idaho is situated around ten miles south of the popular Sun Valley, and in the late 80s it was in poor shape economically. Willis saw opportunity, and found town officials receptive to his ideas.

Initially, Willis kept things relatively simple in Hailey, buying up an existing ranch property, then later purchasing the neighbouring properties and extending into those. One such property, a Victorian mansion, was reportedly used exclusively to house Moore’s vast collection of dolls.

By the early 90s, Willis’ star status was only getting bigger, and so were his salaries. He got a reported $7.5 million upfront for Die Hard 2, and $10 million apiece for the Look Who’s Talking movies. Even the comparative flops Hudson Hawk and The Last Boy Scout are said to have earned him $12 million and $14 million respectively.

Demi Moore was also on the rise thanks to such hits as Ghost and A Few Good Men, so between the two of them the couple had a bit of capital to throw around. They had already invested in the new Planet Hollywood restaurant franchise in conjunction with Arnold Schwarzenegger and Sylvester Stallone.

Subsequently, when Willis started expressing interest in buying up more properties in the comparatively cash-strapped Hailey, landowners and town officials sat up and took notice.

Willis formed a real estate company named Valley Entertainment, through which he purchased a crumbling old launderette building and had it converted into an office and retail complex, complete with a lavish 50s-style diner named Shorty’s.

He also purchased The Mint, a fairly humdrum Hailey nightclub, for a reported $200,000, then sank a further $1.5 million into its conversion to a high-end bar and venue which would go on to host such musical legends as BB King and Bo Diddley (as well as concerts from Willis himself).

As if this wasn’t enough, Willis also bought local cinema The Liberty, and had it completely remodeled in a beautiful Art Deco style at considerable expense.

Willis’ friend and business partner Joe McAllister reportedly told Willis he’d need to charge $50 a ticket for The Liberty to turn a profit ($6 was the standard ticket price at the time), but the actor seemed unconcerned.

McAllister would later tell the press, “The Liberty is about romanticism, not a return on investment.”

Even if Willis was putting romance first, his efforts did see money come into Hailey. The town suddenly became a major hotspot, with scores of Willis and Moore’s celebrity friends and peers coming over to check the place out.

This, in turn, brought the media spotlight onto Hailey, and it quickly became a popular destination of star-spotters hoping to catch a glimpse of the rich and famous in person.

This, of course, very much went against the reason why Willis and Moore relocated to Hailey in the first place: in hopes of escaping the public eye.

Whilst Hailey may have become something of a celebrity playground, things weren’t necessarily so great for the several thousand people who already lived there.

While the new businesses brought in plenty of jobs, perhaps unsurprisingly the workforce didn’t get anything like the same first-class treatment as Willis demanded for himself, his family and his high-profile friends.

The Independent reported in 1999 that staff at The Mint accused Willis of “fits of temper and a propensity for firing people first and asking questions later.”

While the star would on the one hand be prone to lavish acts of generosity (private limos, and free food and drink for his guests), he would then take out his frustration on employees when he saw that the books were down.

His desire to protect the privacy of himself and his clientele meant that Willis also demanded a heavy-handed approach from his security teams, and this would be extended to any staff who failed to toe the line.

Demi Moore, too, was reportedly so anxious about their privacy that when she took her children trick-or-treating one Halloween, she sent an employee to demand the camera of a local mother who was taking photographs, in case Moore and her children had been captured in them.

Lawsuits were taken out against The Mint and its staff with accusations of assault and harassment, with Willis himself often named in the suits – but the star carried such weight, and employed such a strong legal team, that these generally came to naught.

As the 90s rolled on, Willis’ fortunes began to decline. While he continued to demand hefty paydays for such films as Color of Night and Last Man Standing, they proved to be expensive flops; much the same was true of Demi Moore’s Striptease and G.I. Jane. Planet Hollywood had also lost money.

Concurrent with these professional woes, Willis and Moore’s relationship was also in turmoil, not helped by numerous allegations of infidelity on Willis’ part.

Things came to a head in May 1998. Out of the blue and with no explanation, Willis announced the immediate closure of The Mint and Shorty’s diner, with all employees left redundant. 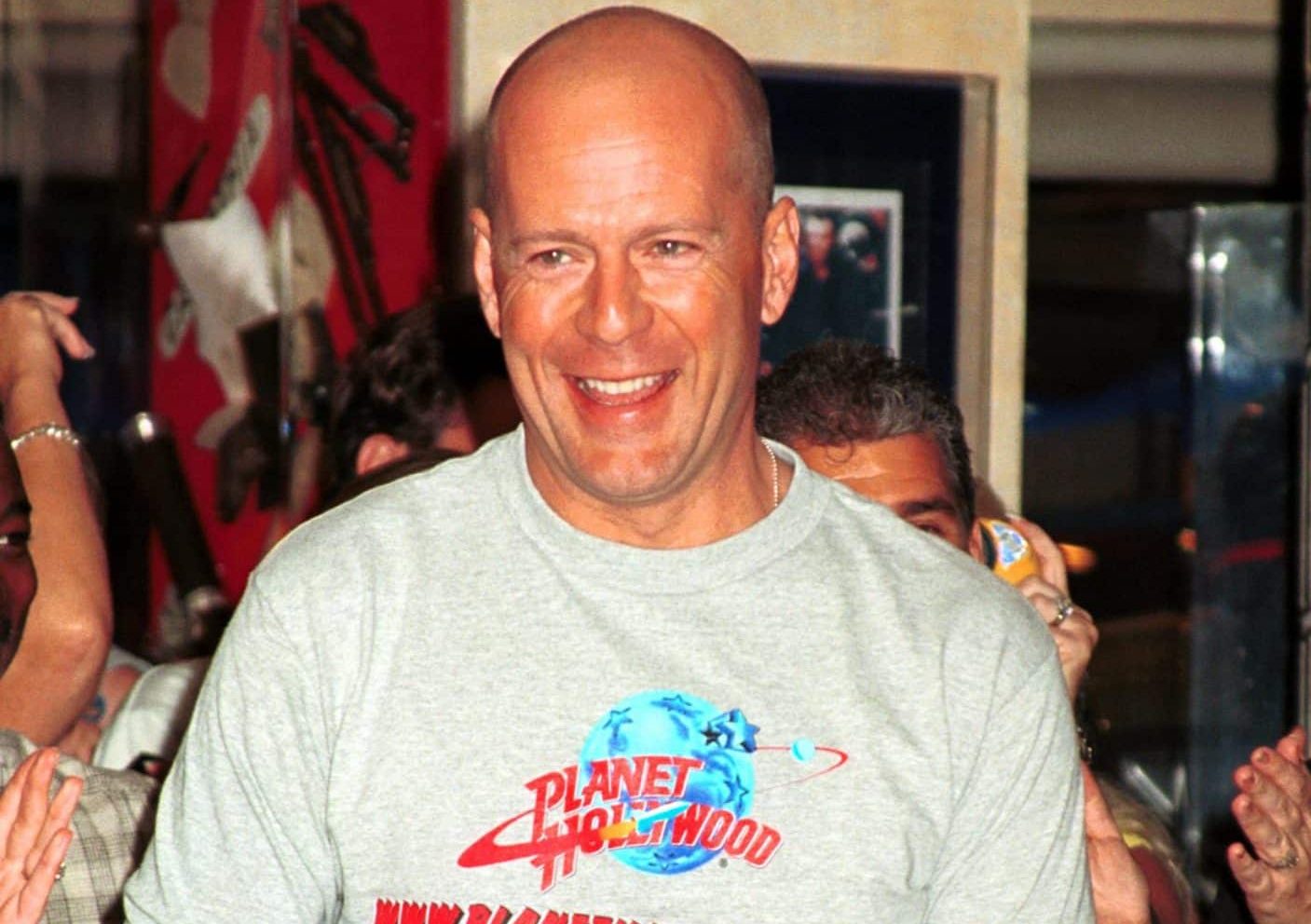 While the Liberty cinema remained open (reportedly screening nothing but Bruce Willis movies), this effectively marked the end of Willis’ tenure as the tycoon of Hailey – but, unlike his eventual divorce from Demi Moore, this split was by no means amicable.

On top of the hundreds of Hailey residents suddenly left unemployed, no shortage of local contractors had a grudge to bear as Willis also pulled the plug on a number of planned developments. This resulted in many lawsuits being taken against Willis, although he still had an expensive enough legal team to beat these down.

So too did Willis continue to command muscle on the streets of Hailey itself. Journalists visiting the town in hopes of delving into the story found themselves followed by intimidating men who made threats and hurled abuse. Such tactics seemed to work; even major publications like Vanity Fair abandoned planned stories on Willis and Hailey. 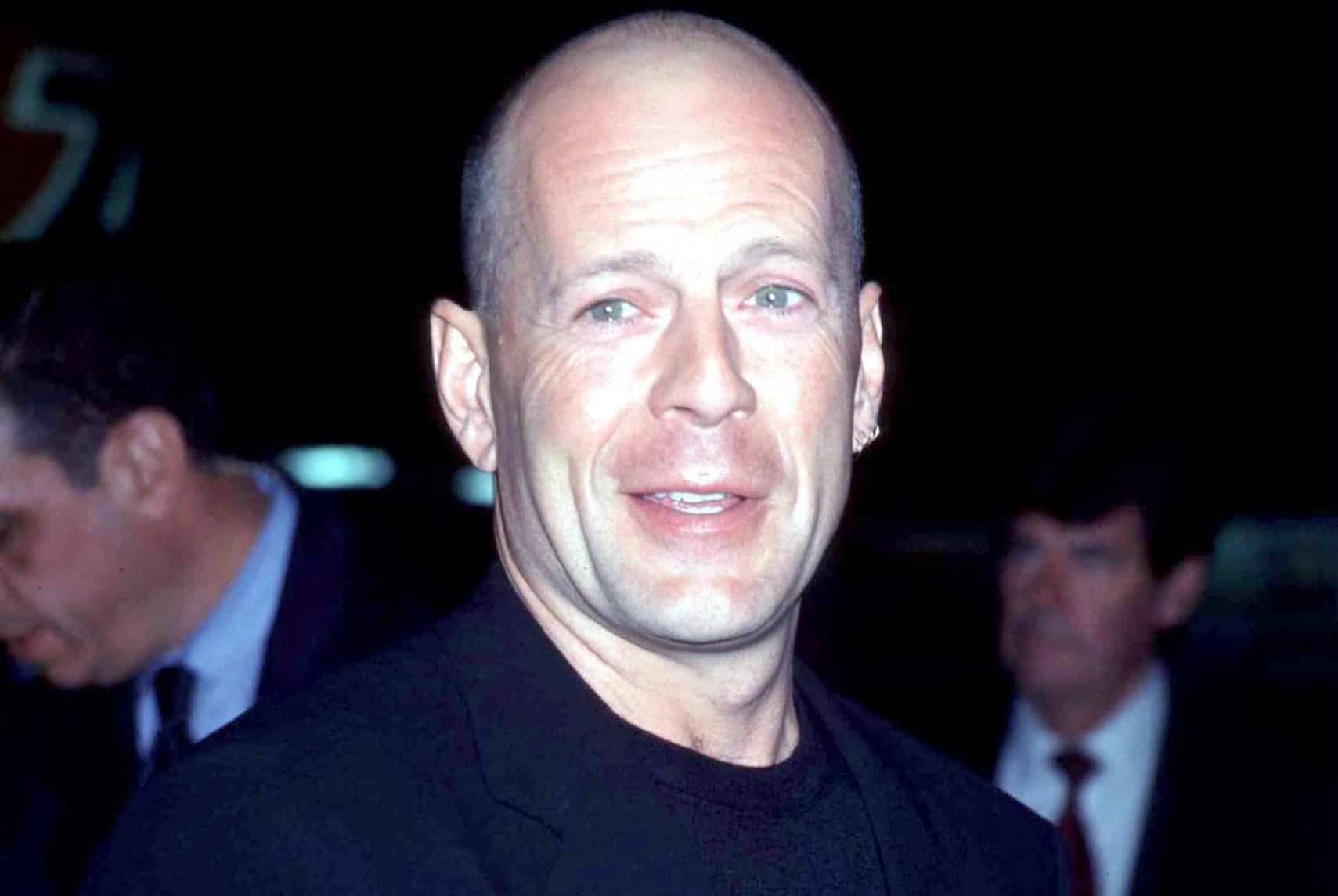 While many in Hailey refused to speak out against Willis, one exception was local lawyer E Lee Schlender, who flatly told The Independent that Willis’ development of Hailey “isn’t reality. It’s a projection of his on- screen persona.”

Of his kingpin-like behaviour, Schlender lamented, “It’s farcical. Willis and his goons act like they think they are operating some kind of speakeasy in New Jersey. The way they act, you half expect them to pull out tommy guns.

“I’m disappointed the political authorities haven’t had something to say… This proprietary grasping at what is said and done by the press is unsettling too. You’ve got to ask yourself: is he hiding from something?”

Willis has always avoided the subject of Hailey in interviews, on the grounds that he prefers not to discuss his private life. Shorty’s Diner was re-opened under new management not long after its closure, but The Mint lay dormant until 2018, when Willis finally sold it. The Liberty Cinema was donated to a local theatre group in 2017.

While he doesn’t carry the same weight he once did in the Idaho town, Willis still has a presence there, and recently angered some locals with plans to open a new airstrip nearby. However, with Willis now retired following years of rumours about his declining mental health, it wouldn’t seem likely that a return to his would-be property tycoon status is on the cards.