The news of John Lennon’s death shook the world in December 1980. Lennon had been recording wife and regular collaborator Yoko Ono’s new song Walking on Thin Ice at the Record Plant studio on the evening of 8 December 1980 – and as he returned home to the Dakota building in the Upper West Side of New York, he was shot in the back by crazed fan Mark David Chapman.

Lennon was rushed to hospital and doctors tried in vain to resuscitate him, but he was pronounced dead shortly after 11pm. News of his death sent shockwaves across the globe, and on 14 December his widow invited people around the world to fall silent for ten minutes to commemorate Lennon’s life. 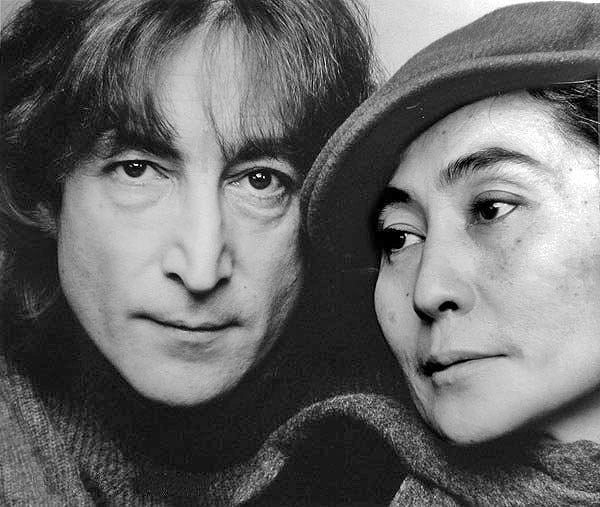 John Lennon was approached by Chapman early in the evening on 8 December. Chapman had been loitering around the Dakota building where Lennon lived and had asked him to sign a copy of his seventh and final post-Beatles album, Double Fantasy. It was common for fans to wait outside Lennon’s apartment building, and the former Beatle was often happy to greet them and sign autographs.

Chapman later said of his initial meeting with Lennon: “He was very kind to me. Ironically, very kind and was very patient with me. The limousine was waiting … and he took his time with me and he got the pen going and he signed my album. He asked me if I needed anything else. I said, ‘No. No sir.’ And he walked away. Very cordial and decent man.”

John and Yoko spent the evening at the Record Plant recording studio before returning to The Dakota shortly before 11pm. John wanted to say goodnight to his five-year-old son, Sean, before going out for dinner with Yoko.

John and Yoko passed by Chapman as they walked into the lobby of The Dakota. Lennon did a double take as he walked past Chapman – apparently recognising him from their earlier meeting. Lennon walked on, and moments later Chapman took out his gun. 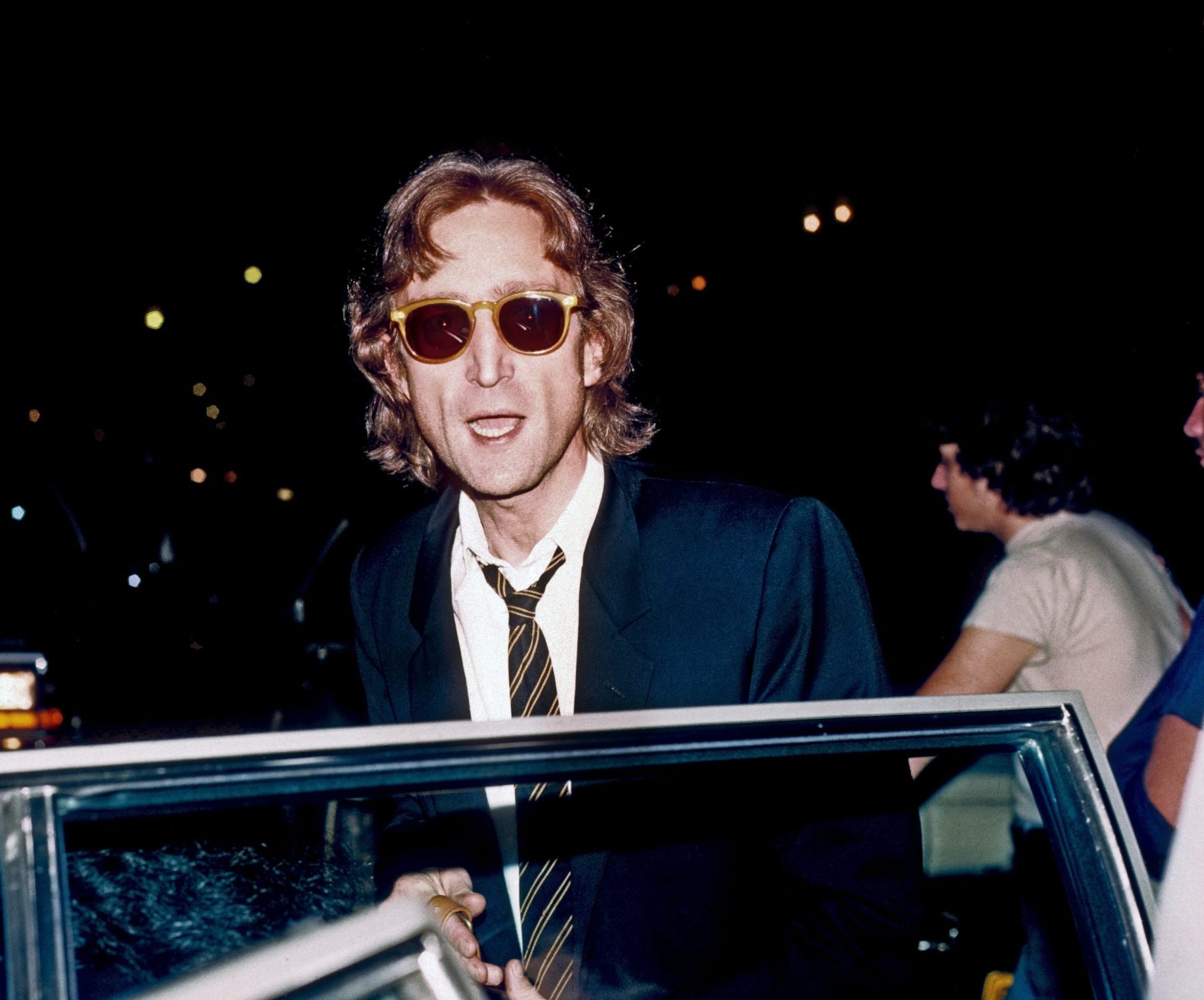 Some accounts of the shooting claim that Chapman then dropped into a combat stance and called out “Mr. Lennon” before firing five shots at Lennon. A stray bullet hit a Dakota window, but the other four hit Lennon. The four that hit Lennon hit his left back and shoulder.

Lennon staggered up the steps to the reception, calling out “I’m shot! I’m shot!”, before he fell to the floor, dropping the cassette tapes he was holding. The Dakota doorman disarmed Chapman, shouting at him “Do you know what you just did?”. Chapman reportedly replied “I just shot John Lennon.”

Another worker at The Dakota, Jay Hastings, began to make a tourniquet for Lennon, but soon realised that his injuries were severe and so called the police instead. Meanwhile, Chapman sat down on West 72nd Street and began to read The Catcher in the Rye – the book that inspired him to kill Lennon in the first place.

Police arrived on the scene and arrested Chapman before rushing Lennon to hospital in a squad car. Apparently, police officer James Moran repeatedly asked the singer “Are you John Lennon?” or “Do you know who you are?” in order to keep Lennon conscious, but he could only make faint gurgling noises in response and soon lost consciousness. 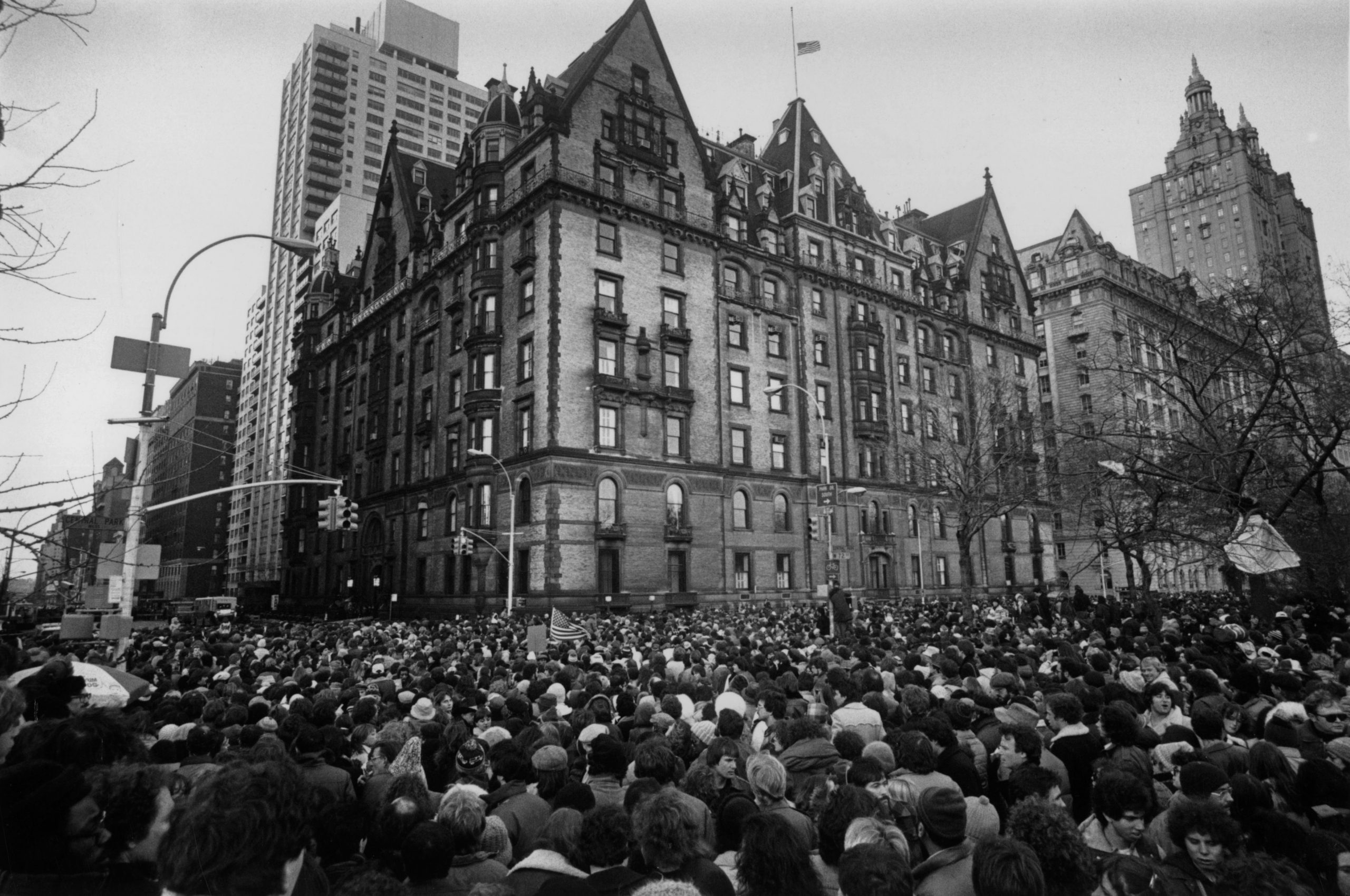 A few minutes before 11pm, the police arrived with Lennon at Roosevelt Hospital. Moran carried Lennon onto a gurney – by then he had stopped breathing and had no pulse. Doctors and nurses tried to resuscitate him before cutting open his chest and massaging his heart as a last resort.

There was a huge outpouring of grief following Lennon’s death (at least three Beatles superfans committed suicide in the wake of the murder). Crowds of fans gathered at Roosevelt Hospital and in front of The Dakota, while Lennon’s former bandmates publicly expressed their sadness at the news. Paul McCartney was criticised for his apparently glib reaction – he called the news “a drag” – but he later clarified that he was simply in shock. 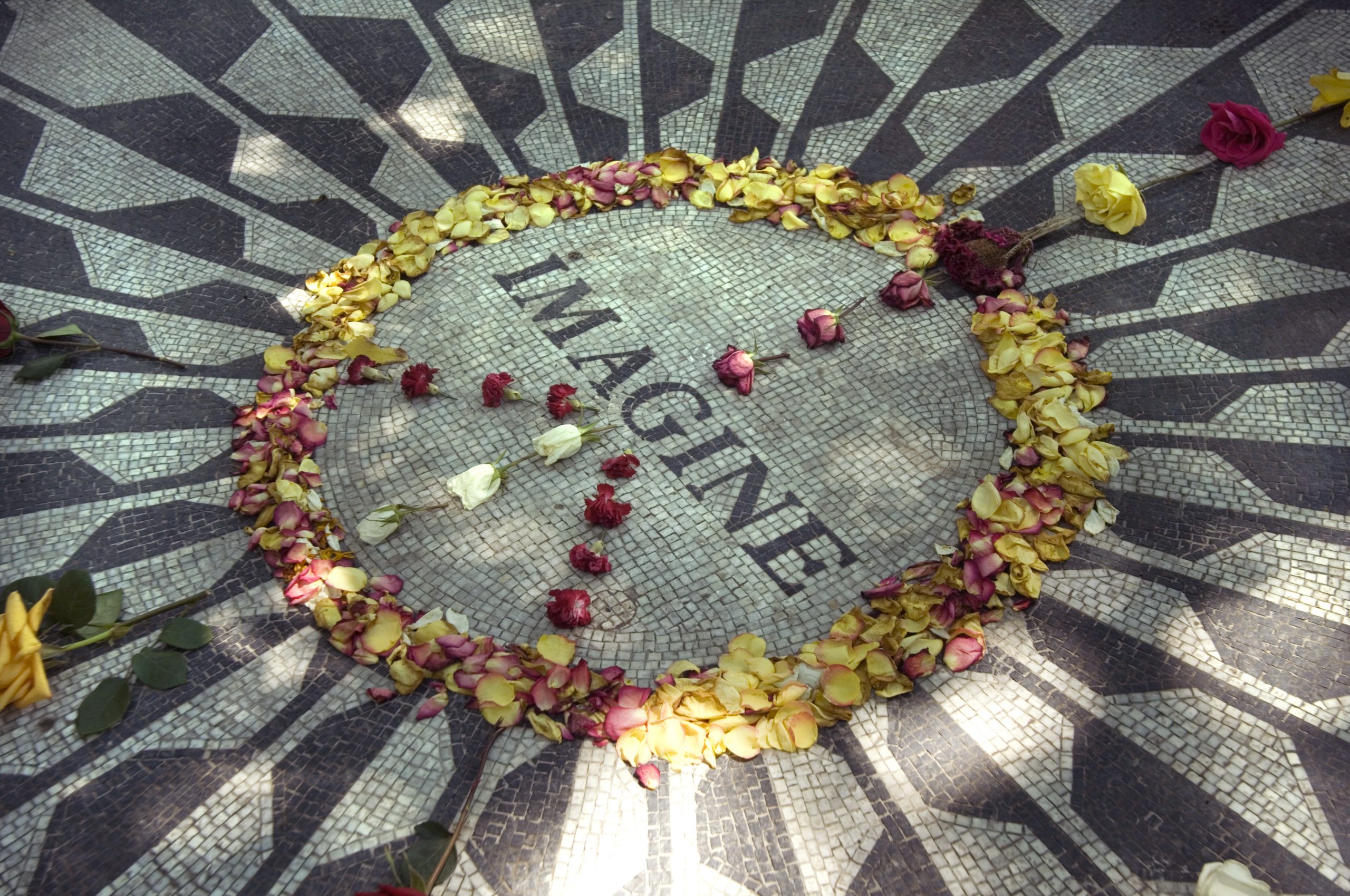 Ono released a statement the following day: “There is no funeral for John. Later in the week we will set the time for a silent vigil to pray for his soul. We invite you to participate from wherever you are at the time. … John loved and prayed for the human race. Please pray the same for him. Love. Yoko and Sean.”

The vigil was held on 14 December 1980, six days after Lennon was tragically shot and killed. At 2pm EST, over 30,000 people gathered in Liverpool and 225,000 in Central Park in New York City to commemorate Lennon’s life. The New York vigil was attended by the city’s mayor at the time, Ed Koch, as well as other celebrities such as Jane Fonda. 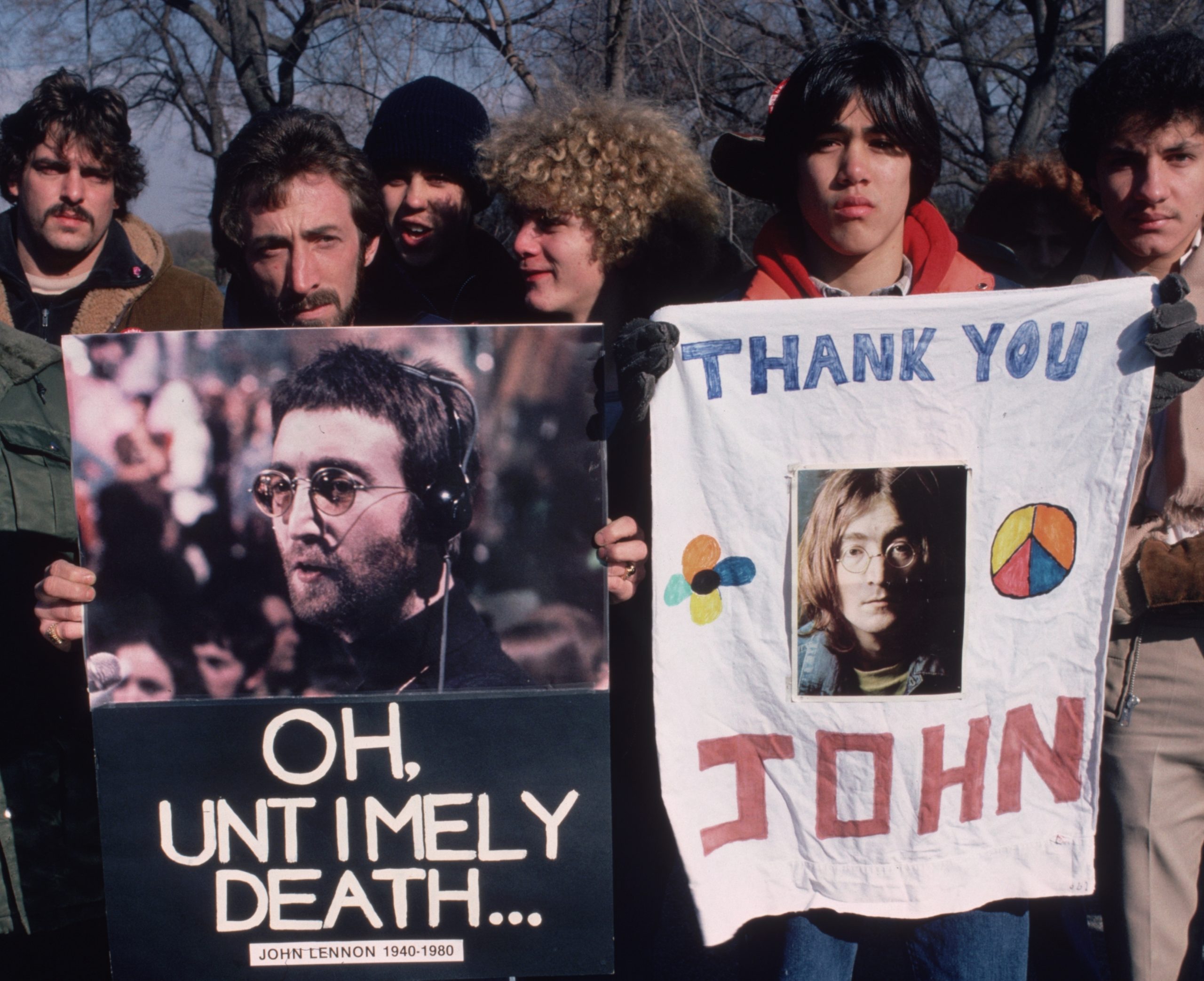 Before the ten-minute silence, radio stations in New York played old Beatle records while the crowds in Central Park sang Give Peace a Chance. In Liverpool, fans similarly played and sang along to popular Beatles tunes. A contemporary report from the Guardian noted that attendees “perched on telephone booths, climbed on to the statues of Queen Victoria and Prince Albert, and squatted on the oblong bulk of the city’s Cenotaph.”

Across the world, millions of people fell silent to mark the music legend’s passing at 2pm EST (7pm GMT). As per Ono’s request, even radio stations went silent for ten minutes. There was a huge media presence at the vigils, but the gathering remained respectful and it did not descend into a media circus.

Instead, swathes of people across the globe held hands, mediated, prayed, or simply stood in silence to mark Lennon’s untimely passing. The sheer volume of people who partook in the vigil was testament to the far-reaching impact that Lennon and his music had made on people across nations. After the ten minutes was up, the crowd in New York began to play and sing along to Lennon’s classic 1971 song Imagine. 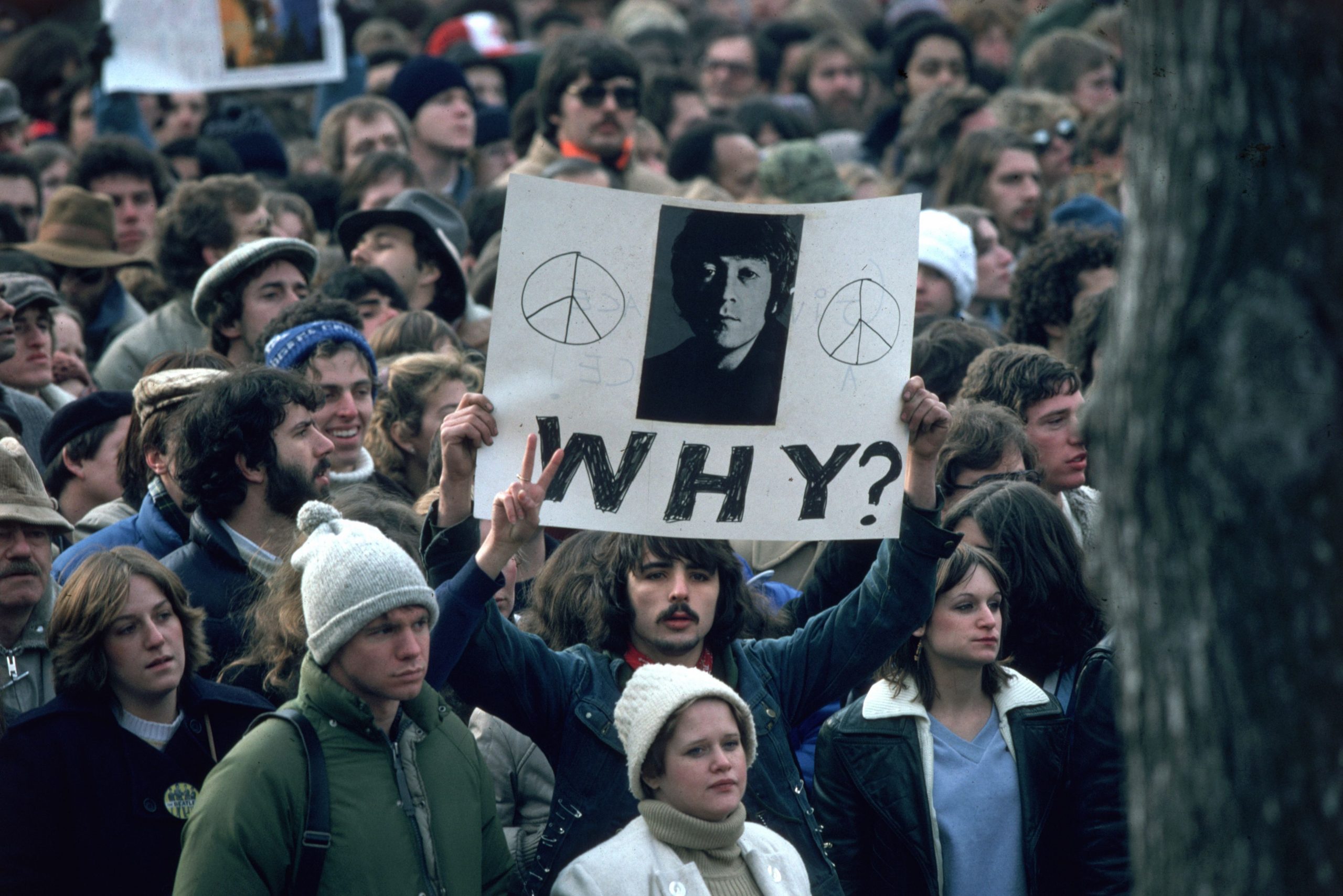 To this day, Ono commemorates Lennon’s death by lighting the Imagine Peace Tower in Iceland between 9 October and 8 December (Lennon’s birthday and death day, respectively). She also still lights a single candle in her Dakota apartment window on the anniversary of his death, as a reminder that Lennon’s legacy shines on.