What Happened To Linda Blair After The Exorcist?

Very few child actors have risen to fame with so memorable a role as Regan MacNeil, immortalised by Linda Blair in 1973 horror classic The Exorcist. The controversial but massively successful film catapulted Blair to worldwide media attention when she was just 14 years old.

Almost five decades later, The Exorcist still remains the film that the actress is best known for, yet her turn as the girl possessed by the Devil was by no means the end of the Linda Blair story. She may have never reached the same heights again, but Blair has enjoyed an unusual and noteworthy career nonetheless.

Linda Denise Blair was born January 22, 1959 in St. Louis, the daughter of Navy test pilot James and real estate agent Elinore. Linda’s career began at the tender age of five, when she became a child model for the likes of Sears, JCPenney and Macy’s.

Blair began acting at nine with a soap opera stint and some minor film roles before – not long after turning 13 – she landed the role that changed everything in The Exorcist. Blair was one among a reported 600 youngsters considered to play Regan, with others including the then-unknown Jamie Lee Curtis and Denise Nickerson (Violet Beauregarde in Willy Wonka and the Chocolate Factory). 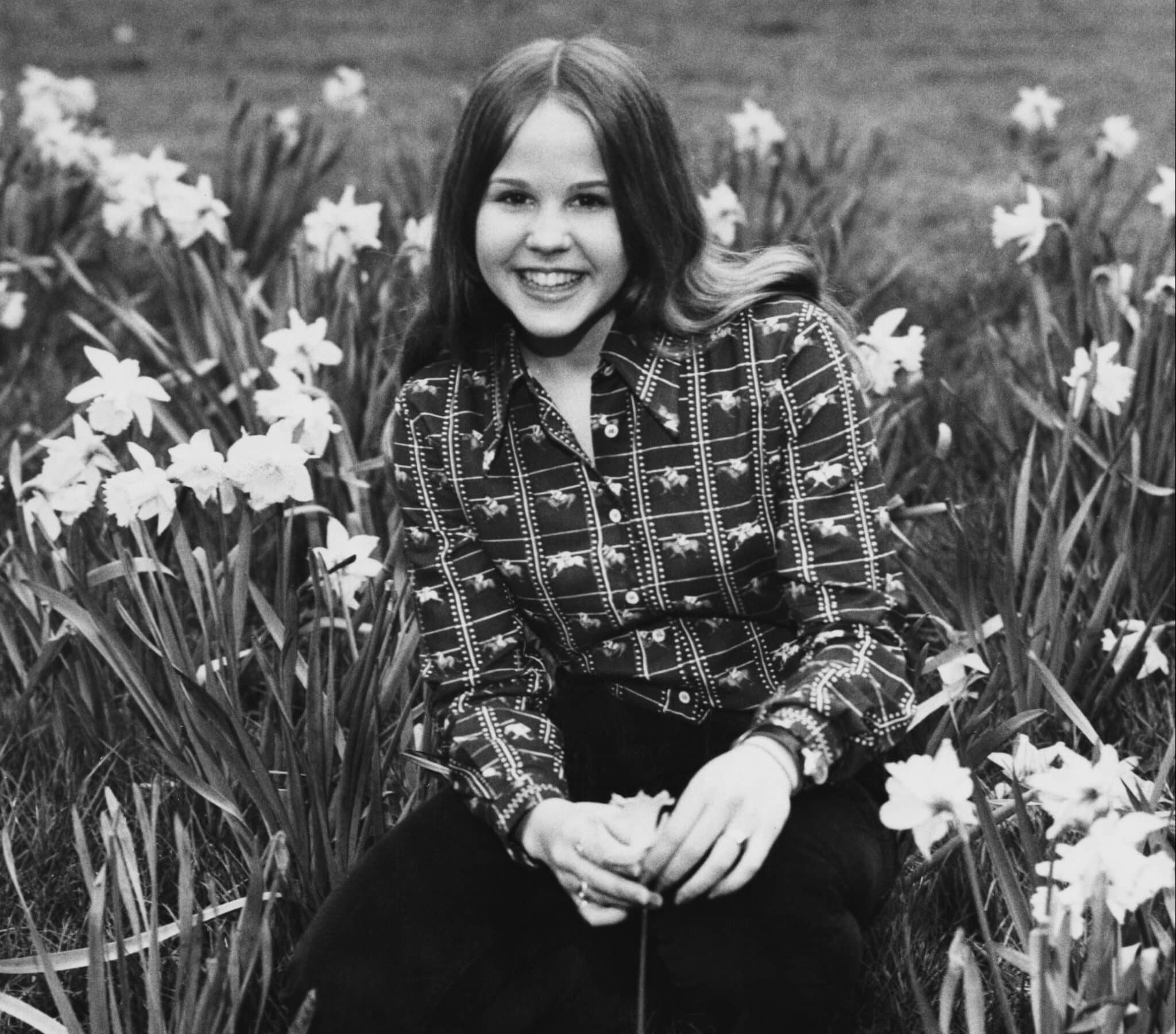 The making of The Exorcist was notoriously difficult. While an older body double took over for the more mature and/or dangerous moments, Blair still had to take her fair share of punishment, including heavy prosthetic make-up, and enduring intense cold on the specially refrigerated set.

In one scene, Blair was violently lashed back and forth in a harness. As a result, she suffered a spinal injury, which later developed into scoliosis. She later said: “The back injury was far more serious than I ever imagined and really affected my health negatively for a long time.”

When The Exorcist finally opened in December 1973, it shocked audiences and prompted countless alarmed headlines. The effect on the young Blair was profound – but it was the press attention, not the film itself, that came to torment her. She endured heavy scrutiny and speculation about her personal life and state of mind, as many critics insisted that no normal, healthy child could have given a performance that proved so distressing to grown men and women.

Worse yet, given the prominent Satanic elements of The Exorcist, many religious hard-liners declared the film – and Blair’s performance – to be blasphemous. The young actress and her family received death threats, which resulted in them living under police protection for a time. 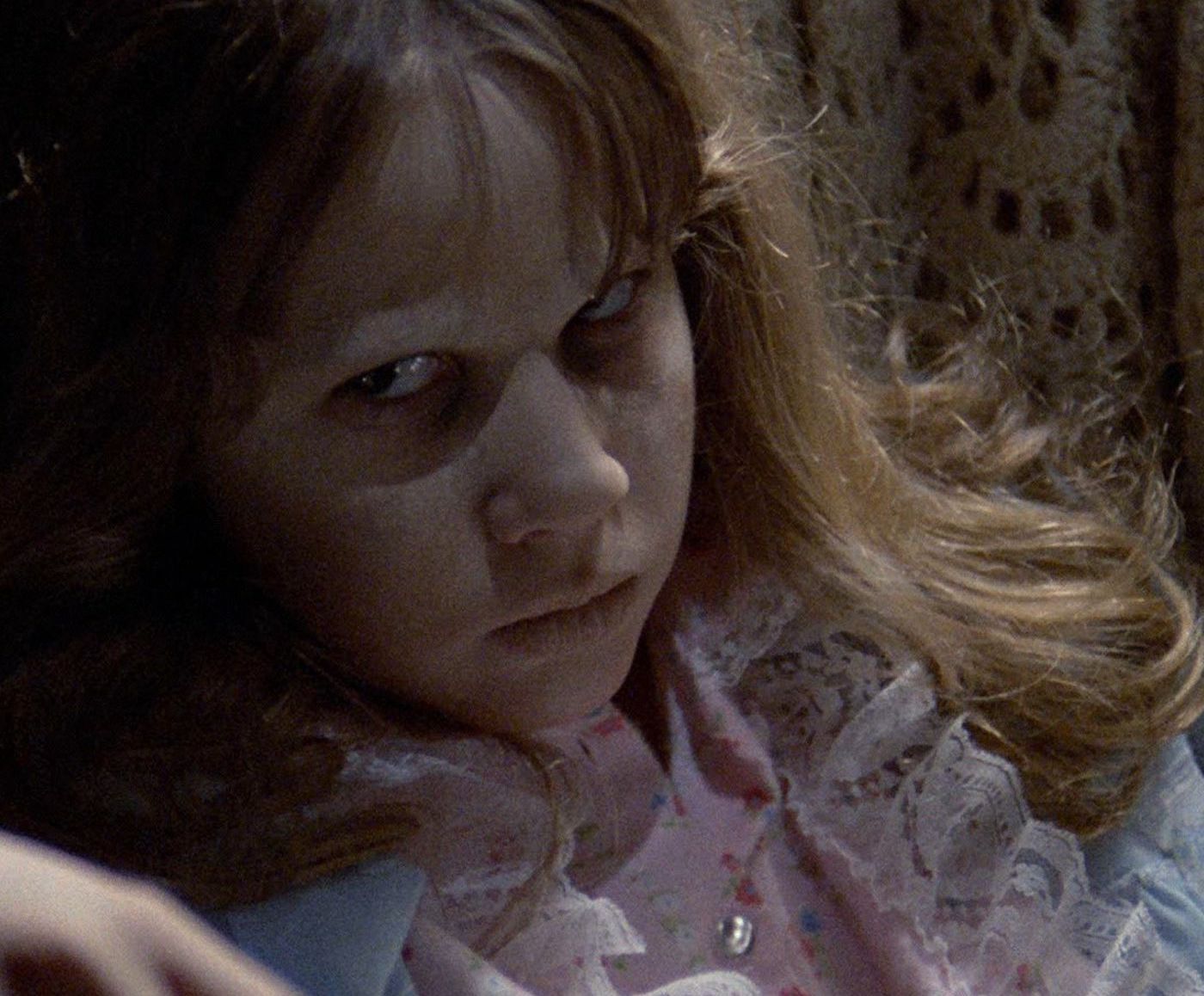 Nonetheless, critical appraisal of The Exorcist and Blair’s performance was for the most part hugely positive. The film was heavily nominated throughout the 1974 awards season, and Blair was among those getting the most recognition. She was awarded the Best Supporting Actress Golden Globe, and soon thereafter was hotly tipped to get the Academy Award in the same category.

Blair wound up being one of the youngest Oscar nominees ever at the time, but ironically she wound up losing to an even younger contender, 10-year-old Tatum O’Neal (for Paper Moon). Some say Blair’s chances of winning were scuppered once it came to light how much of her dialogue was overdubbed by the older Mercedes McCambridge.

Moving on, Blair was faced with the same problems that meet a lot of child stars: typecasting, and a lack of decent material. Having been established as the most troubled child in film history, Blair wound up playing more troubled teens, including addicts and victims of abuse. 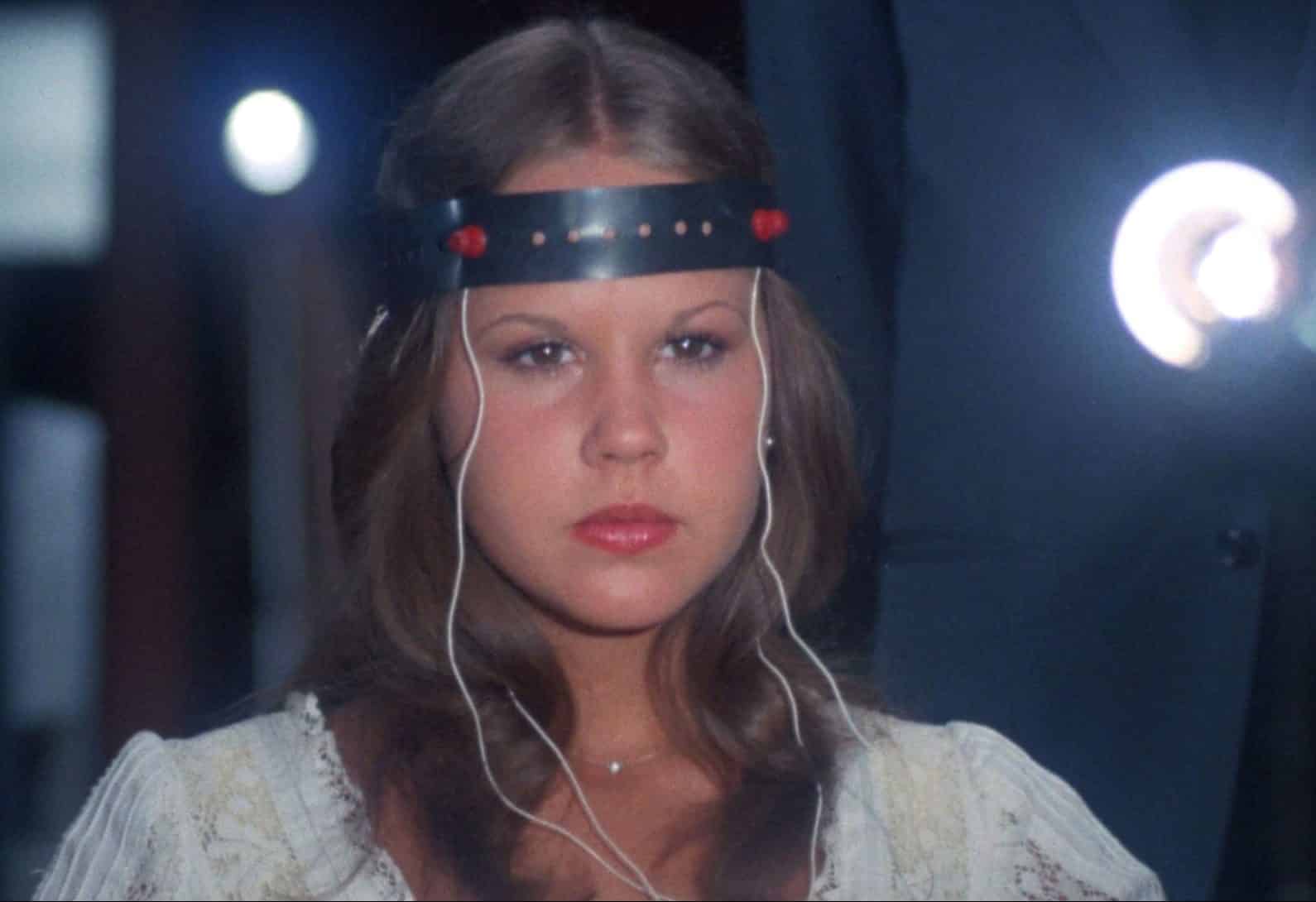 Then came 1977’s Exorcist II: The Heretic. Blair was the only pivotal figure from the original film to reprise her role in the sequel, which took the story of Regan MacNeil in a radically different direction. Linda Blair was 18 years old when Exorcist II came out.

Everyone was expecting another blockbuster on the scale of its predecessor; instead, Exorcist II was met with scorn and derision, with some calling it one of the worst films ever made.

This didn’t do much damage to the careers of director John Boorman or co-star Richard Burton, but for Blair – who was 18 years old when Exorcist II was released – the film was a kiss of death. Now on the brink of adulthood, Blair briefly took some time off acting to pursue her other great passion, horse riding, but on returning to acting, job offers for major films were few and far between.

It probably didn’t help that 1977 saw Blair run afoul of the law. Just shy of her 19th birthday, the actress was arrested and charged with possession of class-A drugs, which resulted in her serving three years probation plus community service. 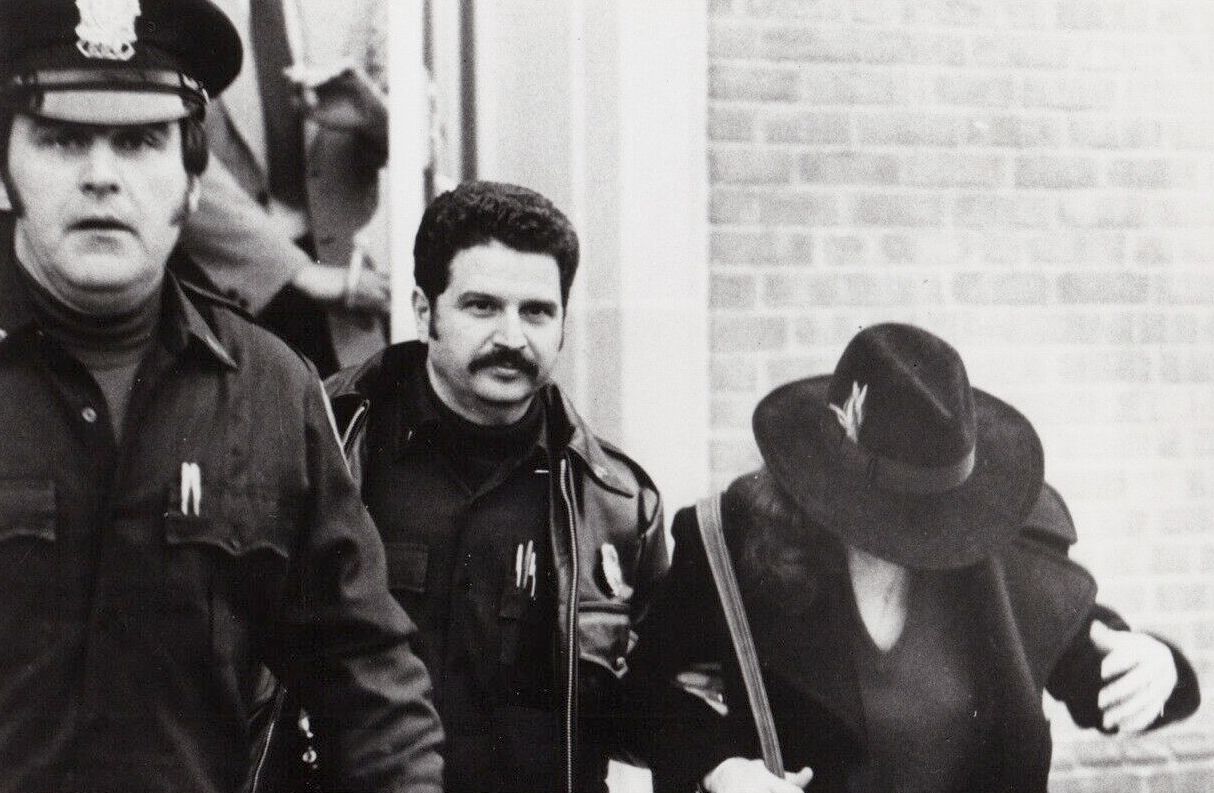 The transition from child star to grown-up film actor is rarely smooth, with both the industry and audiences often struggling to accept the performer as anything but the youngster they once were. Small wonder, then, that so many former child stars – women in particular – gravitate to roles of a provocative nature, to hammer home that they’re not kids anymore. Linda Blair could be said to have written the book on this.

From 1979 onwards, Blair started a new chapter of her career as the star of various trashy, low budget independent features aimed at drive-in and grindhouse cinemas. Some of these have since become cult classics, including roller disco movie Roller Boogie, slasher Hell Night, women in prison movie Chained Heat and high-camp revenge thriller Savage Streets.

A number of her films involved nudity, and around the same time Blair did a number of naked photoshoots for men’s magazines including Playboy. 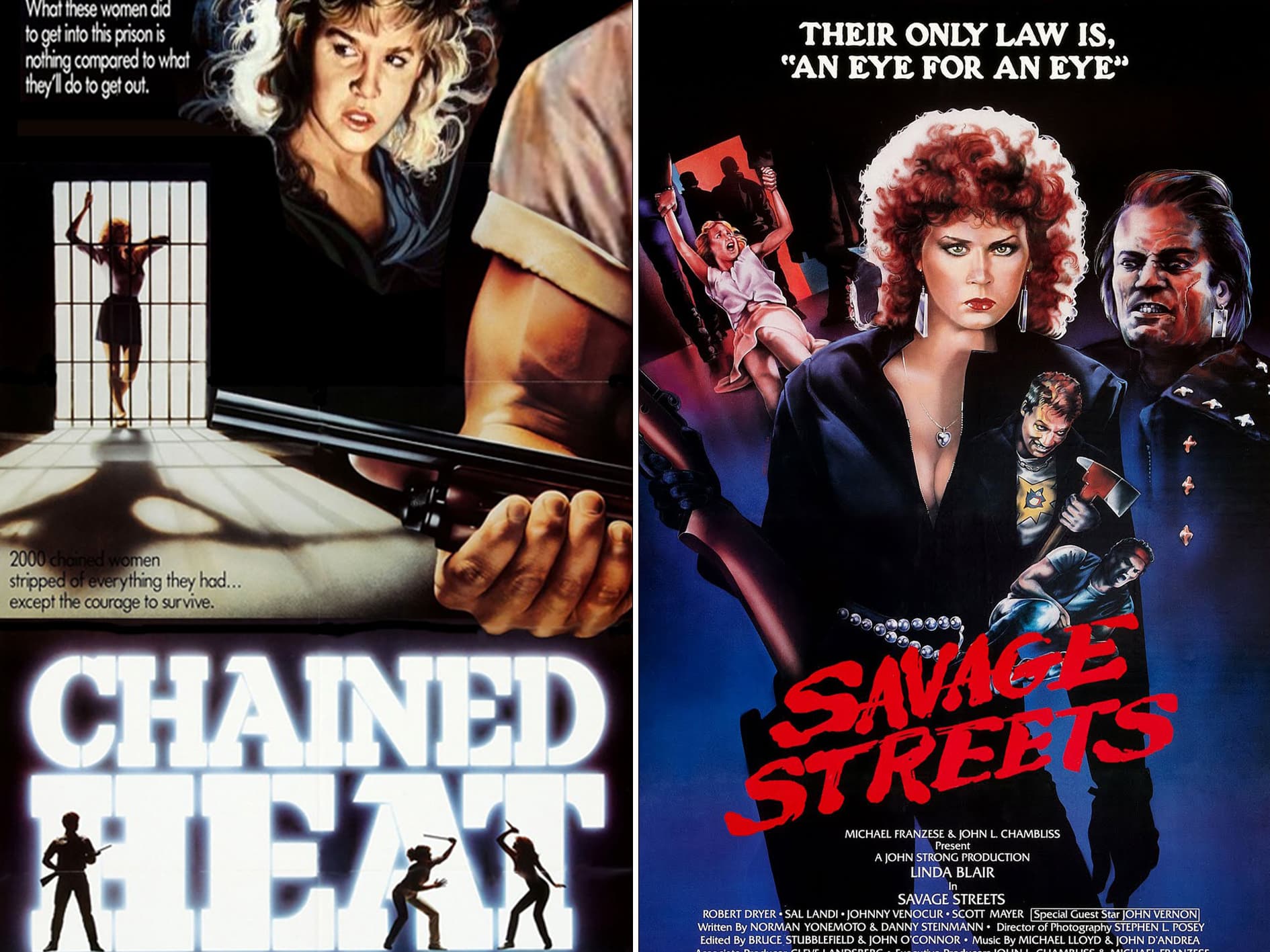 All this may have won Blair a new audience among thrill-seeking fans, but they certainly didn’t win over the critics who’d sung her praises a decade earlier. Having once been nominated for an Oscar, the early 80s saw Blair become a five-time Golden Raspberry Award nominee, ultimately ‘winning’ two Razzies: one ‘career achievement’ award in 1984, followed by a Worst Actress Award in 1985 for all three of her films released that year.

As the 80s rolled on, Blair gradually faded further from the limelight. Mostly stuck in low budget horror movies (including 1988 Italian production Witchery, in which she co-starred with David Hasselhoff), the actress still struggled to escape the shadow of The Exorcist. This being the case, Blair appeared alongside Leslie Nielsen in 1990 comedy Repossessed, an Exorcist spoof which proved a flop.

While Blair continued to work steadily throughout the 90s, she tended to land roles either in TV movies or straight-to-video productions. Her one major film role of the decade was an uncredited, blink-and-you’ll-miss-it cameo as an abrasive TV news reporter in Scream. Beyond that, Blair’s most notable acting role of the time was in 2000 children’s TV series LA 7, alongside the members of real-life British pop band S Club 7. 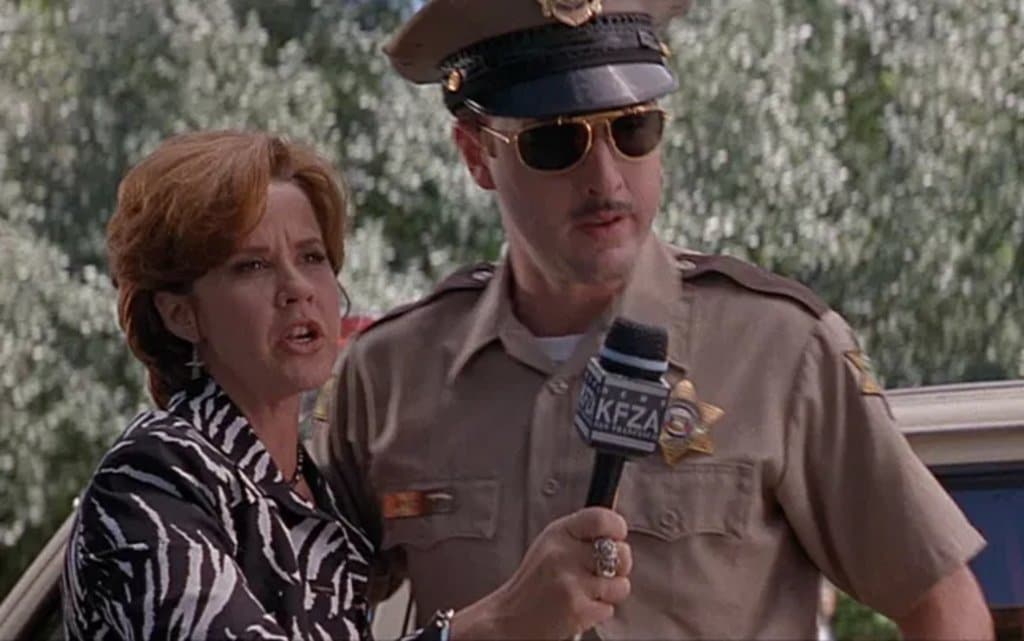 In recent years, Blair has made plenty of appearances at fan conventions and as an interview subject or guest star on television, but she seems largely retired as an actress. Her efforts are instead concentrated on charity work, in particular animal welfare.

She has co-authored a book on veganism, and founded the Linda Blair WorldHeart Foundation devoted to the care of rescued animals.

Through it all, Blair is of course destined to remain synonymous with The Exorcist come what may, and it seems she has long since made her peace with this. 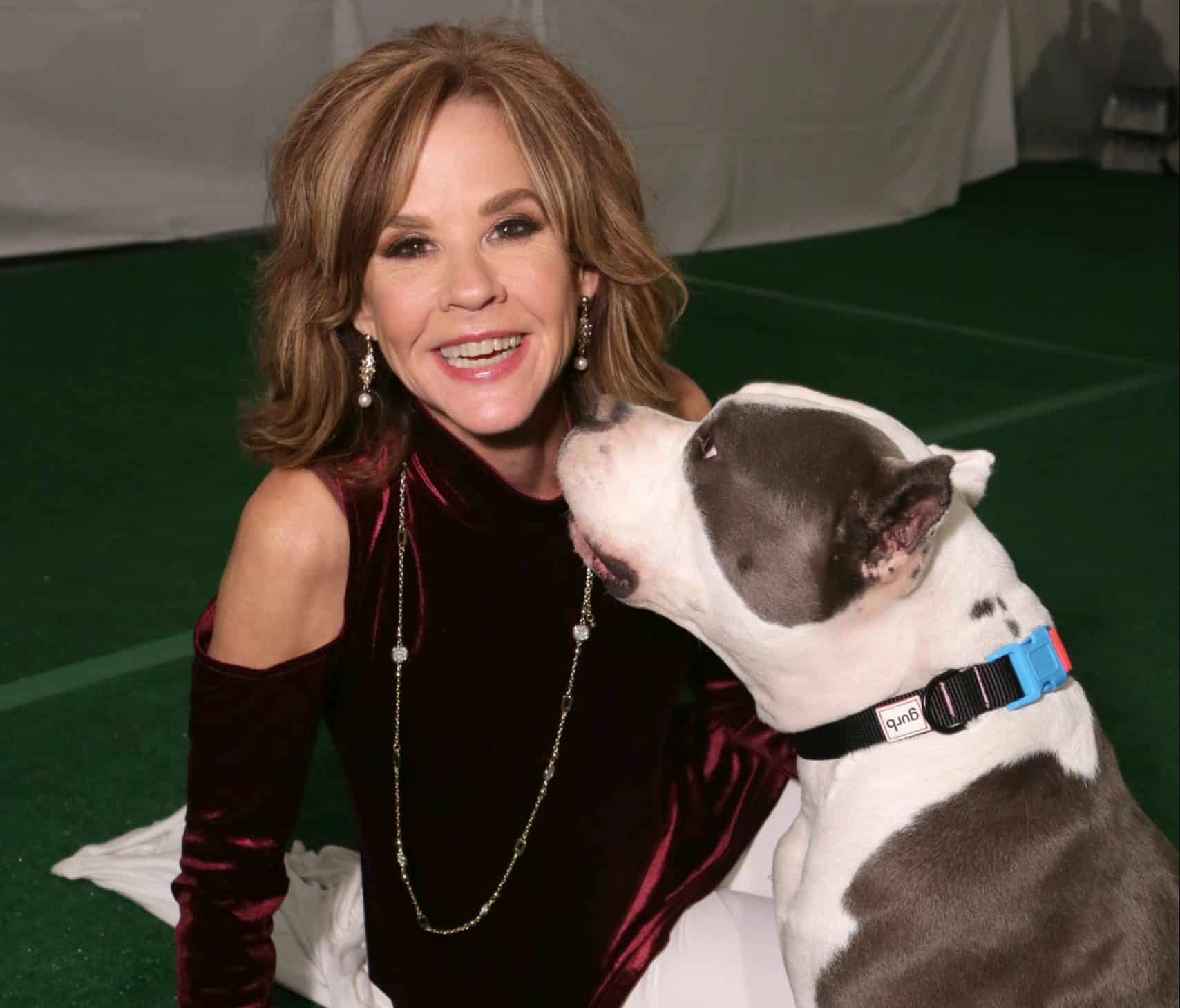 The actress told the New York Times in 2006 that she was “proud” of the film and her role in it, “but it has nothing to do with what I am as an adult. I think I have been extremely polite about answering questions about The Exorcist almost every single day of my life.”