Leslie Nielsen, who passed away in 2010 at the age of 84, was a prolific actor, and one who managed to raise smiles on our faces many, many times in his lifetime.

From The Naked Gun to Repossessed, from Airplane! to Spy Hard, from Mr Magoo to Dracula: Dead and Loving It – and who can forget his turns as Lt Frank Drebin in the Naked Gun series? – Nielsen was able to deliver a serious-faced one-liner in a way that other actors could only hope to replicate, and gave us dozens of laugh-out-loud moments.

Everyone has a favourite Nielsen film or moment – now we’re having a look back at this brilliant star with some facts about Leslie Nielsen you may not have known. Just don’t call him Shirley. 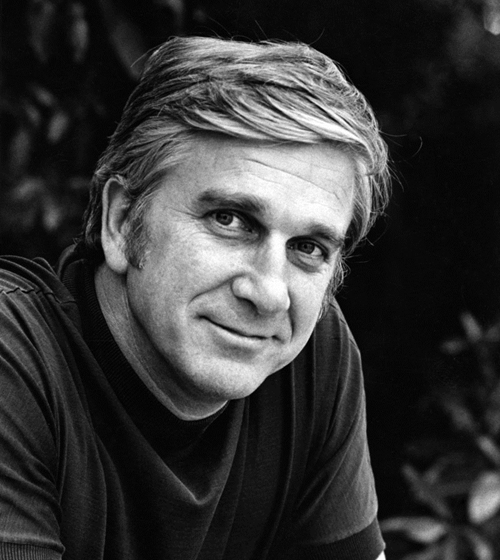 Nielsen may have been an icon of American comedy cinema, but he wasn’t actually American. Nielsen was in fact Canadian, born February 11 1926 in Regina, Saskatchewan and later raised in the Northwest Territories.

The star had Danish and Welsh ancestry: Nielsen was born Leslie William Nielsen to Danish father Ingvard Eversen Nielsen and Welsh mother Mabel Elizabeth. In his youth, Nielsen suffered from bow-leggedness; he later commented that he never could have been a child star because of this.

What’s more, for most of his life, Nielsen suffered from sensorineural hearing loss. He wore hearing aids from the mid-80s and was legally deaf. But his deafness didn’t stop him from becoming an international star of stage and screen…

11. He became an American citizen once he was a movie star 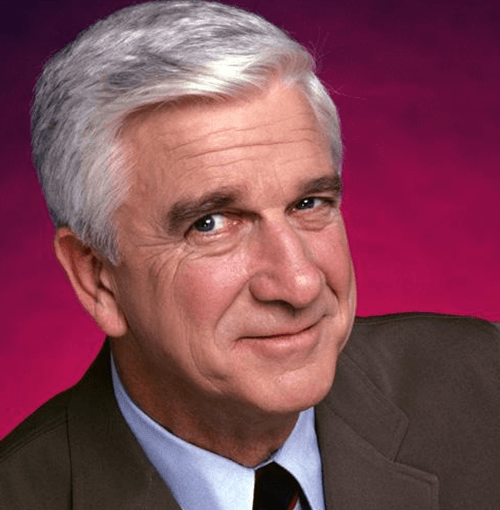 In November 1958, Nielsen decided the time was right to become a naturalized United States citizen. He had already appeared in a number of Hollywood productions by this point and was starting to make a name for himself.

Also in 1958, Nielsen married his second wife, Alisande Ullman, with whom he had two daughters: Maura and Thea Nielsen. This marriage lasted 15 years, and was preceded by Leslie’s six-year marriage to nightclub singer Monica Boyar in the 50s. Nielsen was later married to Brooks Oliver from 1981-1983, and Babaree Earl from 2001 to 2010. 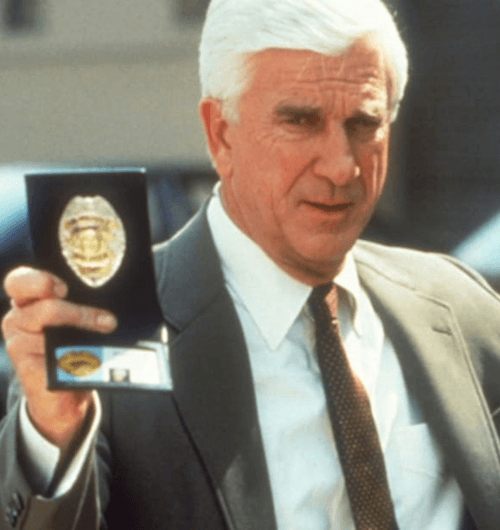 We all remember Nielsen’s big productions, such as Airplane! and the Naked Gun series, but Nielsen appeared in more than 250 productions in a career spanning seven decades. Nielsen was 58 by the time that Airplane! reached cinemas, at which point he was already a Hollywood veteran, having already starred in over 160 movies and TV shows.

His hair began to turn white when he was in his 40s, helping him to win an interesting range of older roles, from gangster patriarchs to ageing soldiers.

They weren’t all classics – Nielsen’s last film, which he completed shortly before dying of pneumonia in 2010, was the low-budget comedy Stonerville – but and included the occasional guest spot on TV series like Columbo and Murder She Wrote.

9. His brother was Deputy Prime Minister of Canada 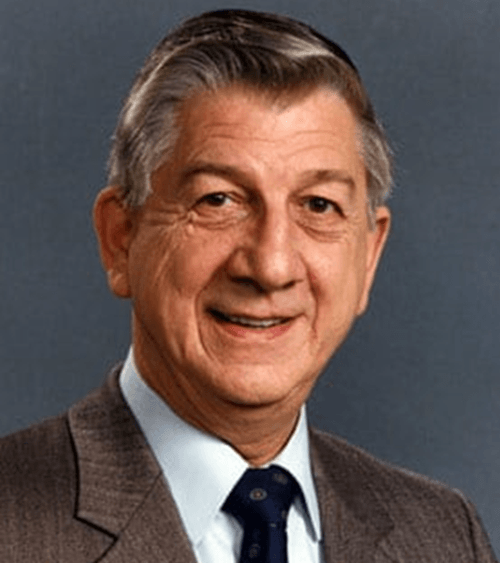 It wasn’t just Leslie Nielsen in the public eye – his brother Erik Nielsen was a high-ranking Canadian politician who rose to become Deputy Prime Minister in 1984.

Over the decades, many fans have noted the uncanny resemblance between Leslie Nielsen and the acting siblings James Arness and Peter Graves (born Peter Arness). The Arness brothers and Nielsen were all born in the 20s, with Nielsen and Peter Graves even co-starring in Airplane! However, the Minneapolis-born Peter and James are not related to Nielsen.

8. His aunt and uncle also starred in hundreds of films 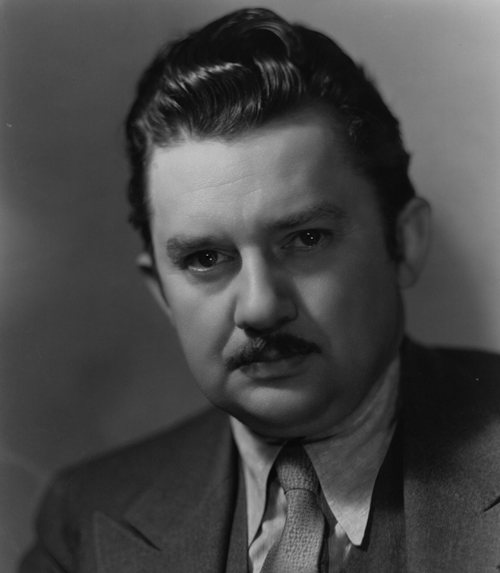 Nielsen was not the first big-name actor in his family, as his aunt and uncle, Jean and Via Hersholt were prolific actors themselves, appearing in hundreds of productions between them.

7. He was in the forces in his teens 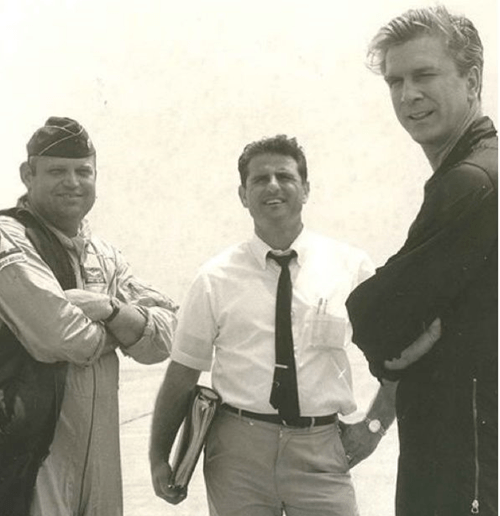 Leslie Nielsen wasn’t always in the entertainment business; as a younger man – technically a kid, in fact – Nielsen was one of the many soon-to-be-famous folks who would join the military.

At the age of 17, Nielsen joined up and enlisted with the Royal Canadian Air Force and managed to train up as an aerial gunner, though he later left this career well behind him.

6. His father was a Mountie 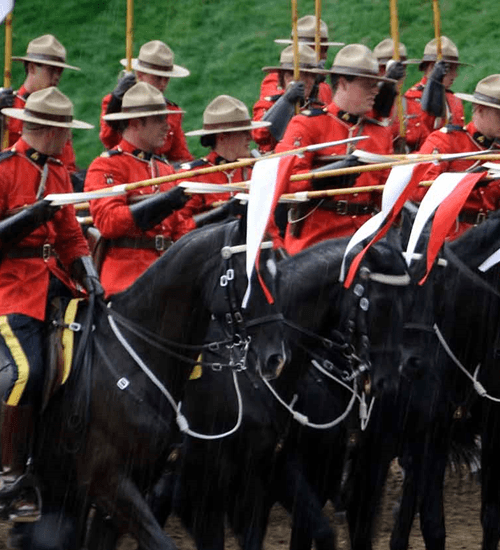 5. Before Airplane! and The Naked Gun, he was a dramatic actor 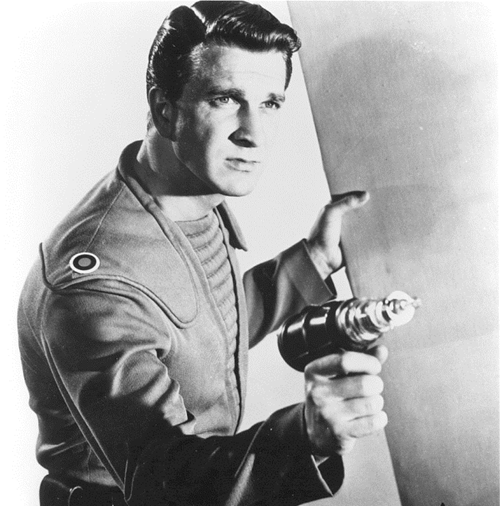 Believe it or not, 1980’s Airplane! was the first film in which Nielsen really turned his hand to straight comedy, in a career that had begun 25 years prior.

Before Airplane!, Nielsen was considered very much a straight dramatic actor and, particularly in his younger years, a romantic leading man. Up to that point, Nielsen had starred in dozens of non-comedy productions, including the 1956 science fiction classic Forbidden Planet, 1959 Revolutionary War miniseries The Swamp Fox and the 1972 disaster movie The Poseidon Adventure.

Nielsen was also, for a time, something of a heartthrob in his day, having been cast in his first romantic lead in 1957, opposite Debbie Reynolds in the rom-com Tammy and the Bachelor. In fact, Leslie Nielsen was deliberately cast against type by writer-director David Zucker for Airplane! and TV series Police Squad.

Nielsen continued to play straight roles post-Airplane!, in the likes of the horrors Prom Night (1980) and Creepshow (1982), but so successful was his comedy career that he gave his final dramatic performance in 1987’s Nuts. 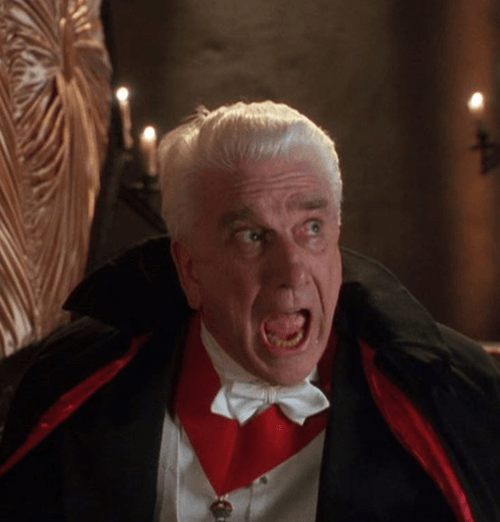 Nielsen managed to swap his acting style to dead-pan comedy so well that he starred in many spoof movies, and was even called the ‘Laurence Olivier of Spoofs’ by film critic Roger Ebert.

3. He was the first Trekkie 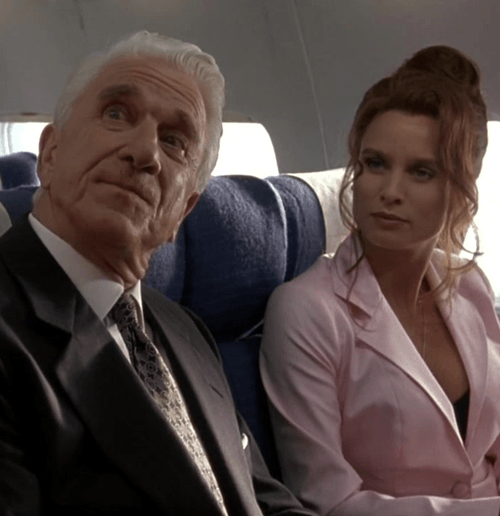 Nielsen was considered to be possibly the first-ever Trekkie, as he contacted the production studio the day after the first show aired to offer praise and say how much he enjoyed the show.

2. He was considered to play Jack Torrance in The Shining 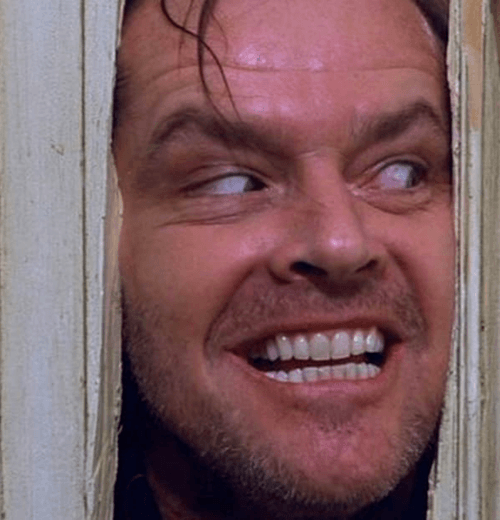 Nielsen was considered for the role of Jack Torrance in the adaptation of Stephen King’s The Shining, but ultimately lost out on the role to Jack Nicholson – do you think they made the right choice?

1. Two of Nielsen’s co-stars passed away around the same time as him 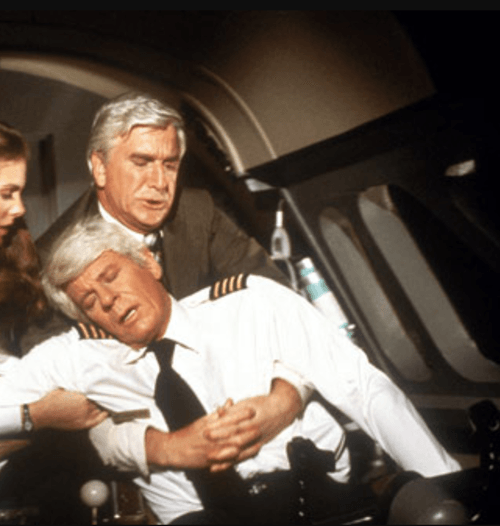