Its ability to shock may have faded slightly over the years, but there’s no doubt that the first movie in the Scream franchise, released all the way back in 1996, is a rollickingly good (and extremely scary) ride.

We remember seeing Scream when it was first released, and the movie’s opening especially left us cowering in the corner of our local independent cinema, afraid to come out for fear of seeing that bad guy. The sequels were never able to live up to the brilliant original, so we thought it was about time that we paid tribute to Wes Craven’s original, self-referential horror classic with the following 10 fascinating facts.

10. The film was inspired by a real-life serial killer known as the Gainesville Ripper 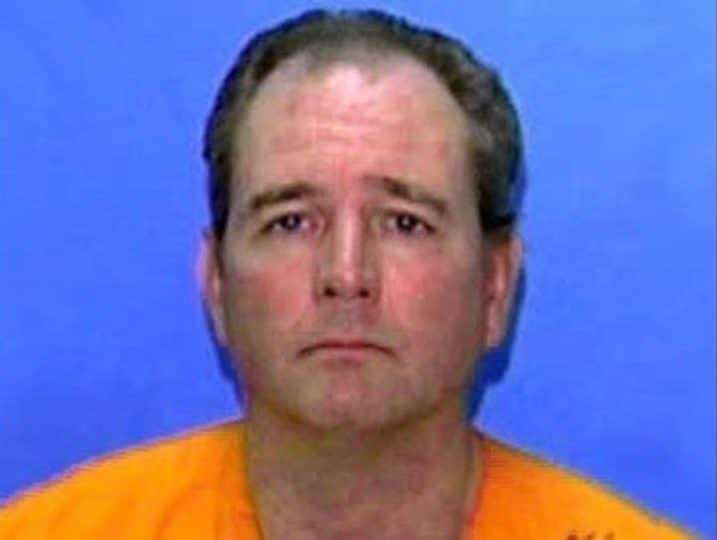 Writers penning horror movies inspired by real-life serial killers have been around as long as the genre itself. Three of the most influential horror movies of all time all took details from the life and crimes of Ed Gein, from Psycho in 1960 to The Texas Chainsaw Massacre in 1974, to The Silence of the Lambs in 1991.

When Kevin Williamson penned Scream, he was inspired by the real-life killer Danny Harold Rolling, otherwise known as the Gainesville Ripper. Rolling murdered five students over five days in Gainesville, Florida in August 1990, leading to a state-wide panic that saw many parents pull their children from campus. Rolling eventually confessed to killing a total of eight people, was sentenced to death in 1994, and was executed by lethal injection in 2006.

9. It was originally going to be called Scary Movie 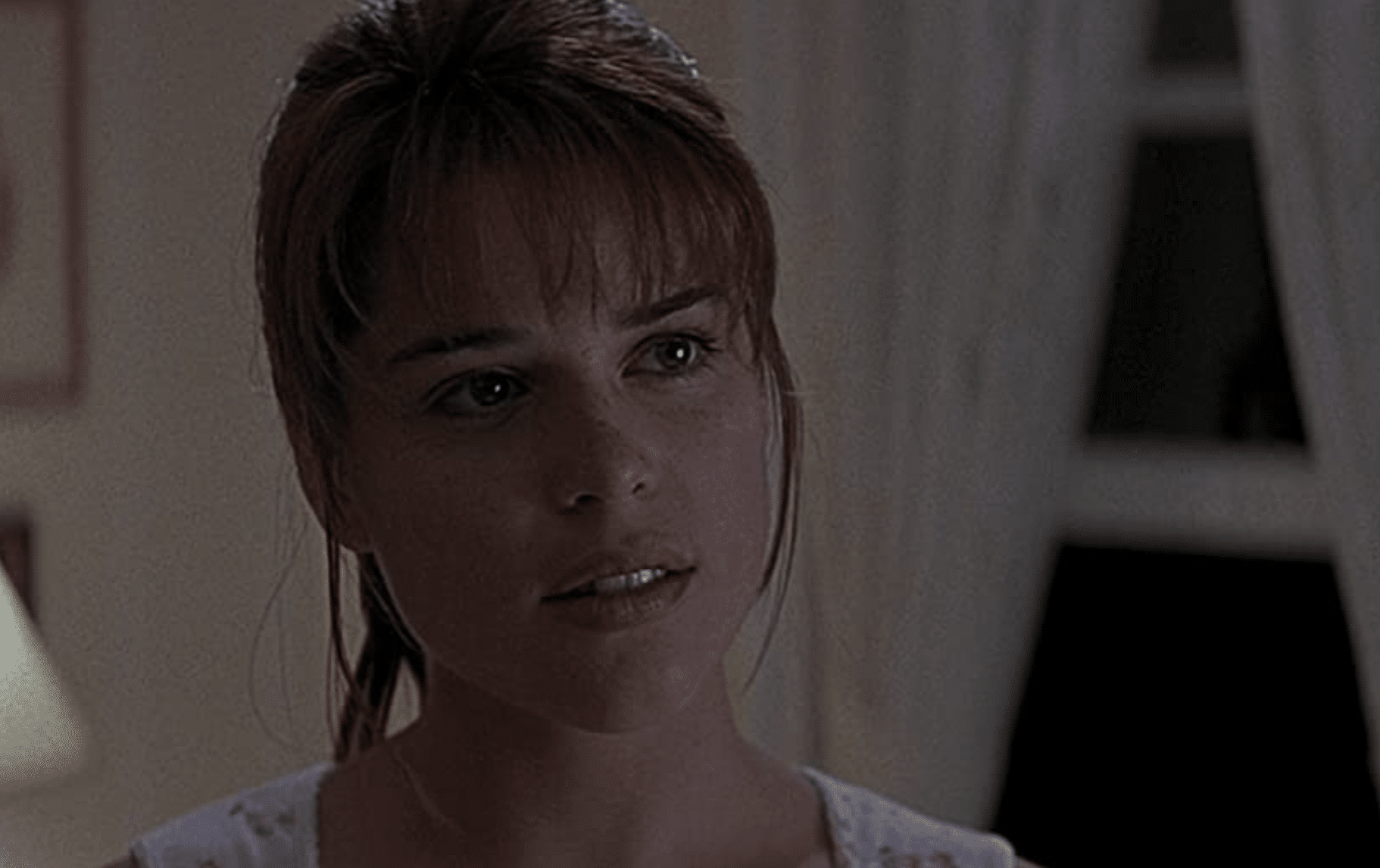 Scream is the perfect title for a horror movie. Like the film itself, it is a little bit tongue-in-cheek and self-referential, whilst also sending a chill down the spine. However, it originally had a much different name, one that we now associate with a far less genre-defining and high-quality horror-comedy series.

Scream was originally going to be called Scary Movie, a name that was eventually taken by a spoof series that first came out in 2000. The script was written in three days by Kevin Williamson, who in the same time frame also wrote two five-page outlines for potential sequels, which at the time he named Scary Movie 2 and Scary Movie 3. 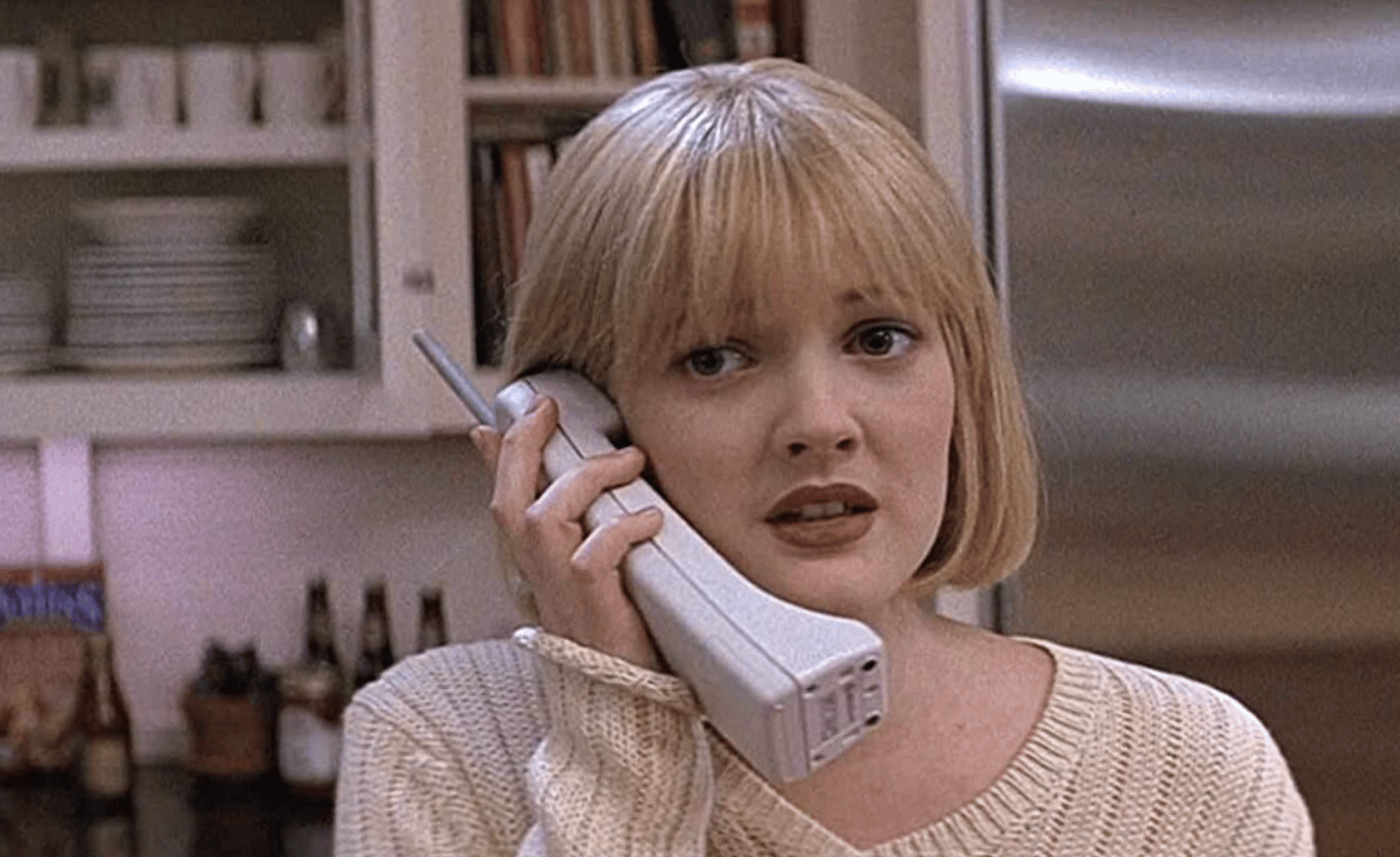 When Scream was released, Draw Barrymore was by far the biggest star on the cast, which led audiences to make the reasonable assumption that she would be the movie’s final girl. Her early death shocked crowds, and set the trend of Scream movies killing off a recognisable star in the opening sequence. However, that wasn’t always the plan.

Drew Barrymore was actually set to play the lead role of Sidney Prescott, but unknown circumstances meant that she couldn’t commit to it, so she instead took on the all-too-brief role of Casey Becker. Sidney Prescott was of course eventually played brilliantly by Neve Campbell, although Brittany Murphy and Reese Witherspoon were both also considered.

7. Courteney Cox was desperate to play a character who was a ‘bitch’ 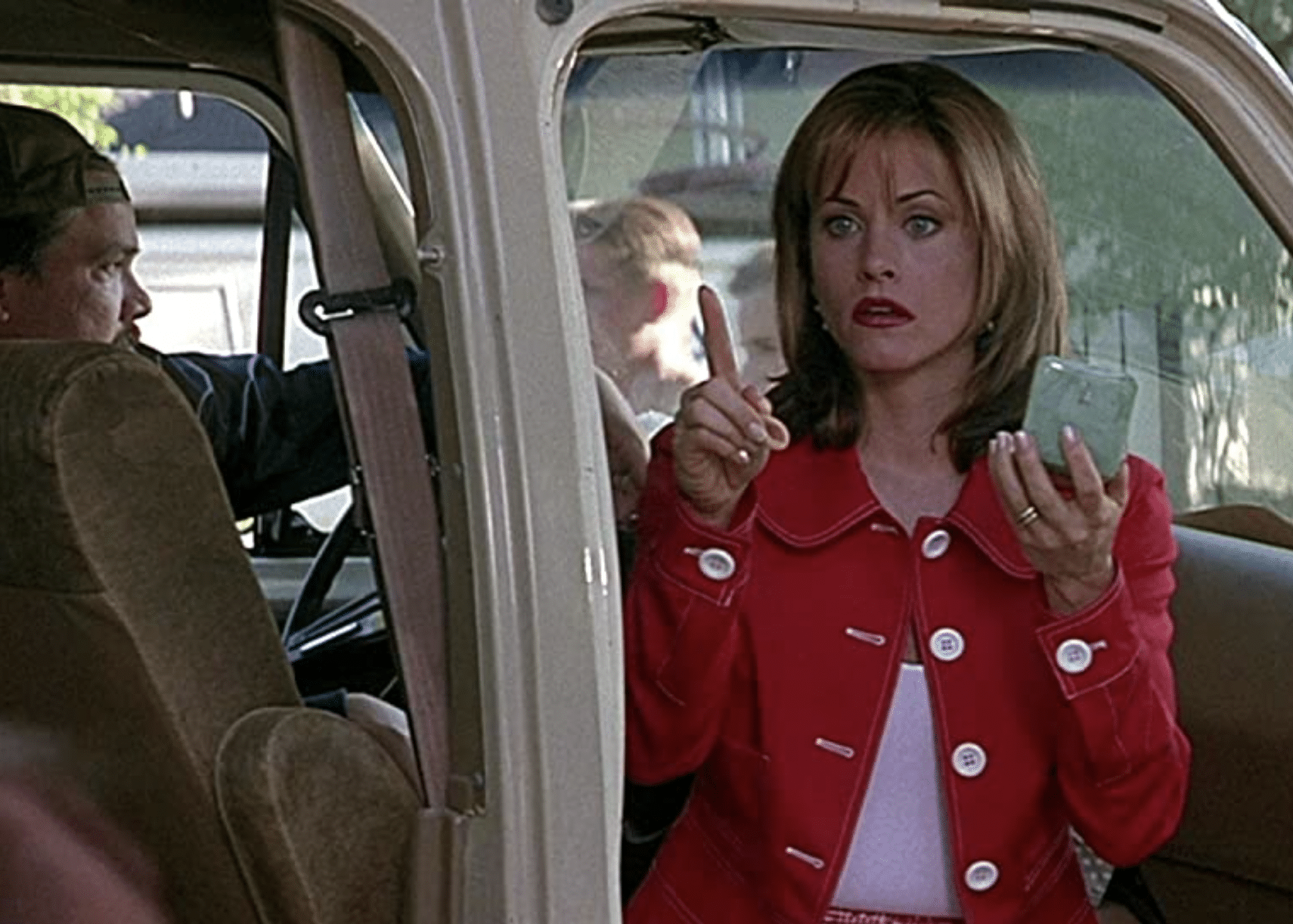 Second to Barrymore, Courtney Cox was the biggest name on the Scream cast list when it was released. However, unlike Drew Barrymore, the studio was not exactly thrilled with the idea of bringing the Cox onto the project. It was Cox’s sheer determination to resist typecasting and play different types of characters that eventually won her the role, but it didn’t happen without a fight.

Courteney Cox, who was at the time still starring in Friends, was reportedly desperate to play a character who was a ‘bitch’, the opposite of her ‘nice’ Monica character from Friends. Producers initially refused to even consider Cox for the part, but she lobbied the studio, and they eventually offered her the role of news reporter Gale Weathers.

6. Wes Craven lied to the ratings board to get the opening scene approved 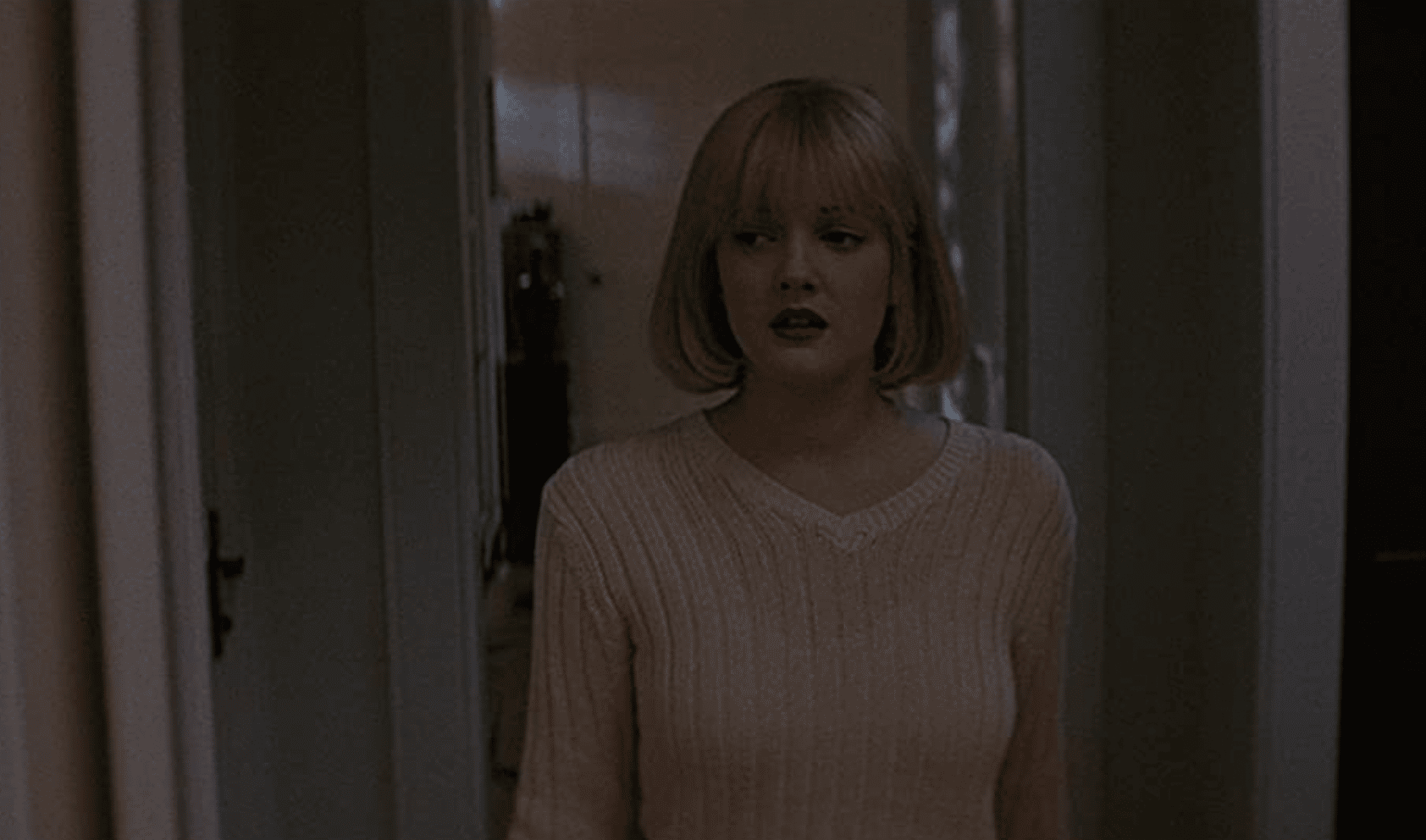 Scream is packed full of iconic moments that went on to change the course of horror history, none more so than the opening scene. The movie begins with Drew Barrymore’s character being seduced over the phone by a mysterious stranger who quizzes her on her horror knowledge, before brutally killing both her boyfriend and her.

The shocking opening proved difficult to pass through the Motion Picture Association of America film rating system (MPAA), and the rating people even asked for cuts to be made to the scene due to its ‘intensity’. In response, the movie’s director Wes Craven told the MPAA he had only filmed one take of the sequence so was unable to make changes. It was a complete lie, but the ratings board believed him and approved the scene.

5. Craven was angry that the movie had to be heavily censored 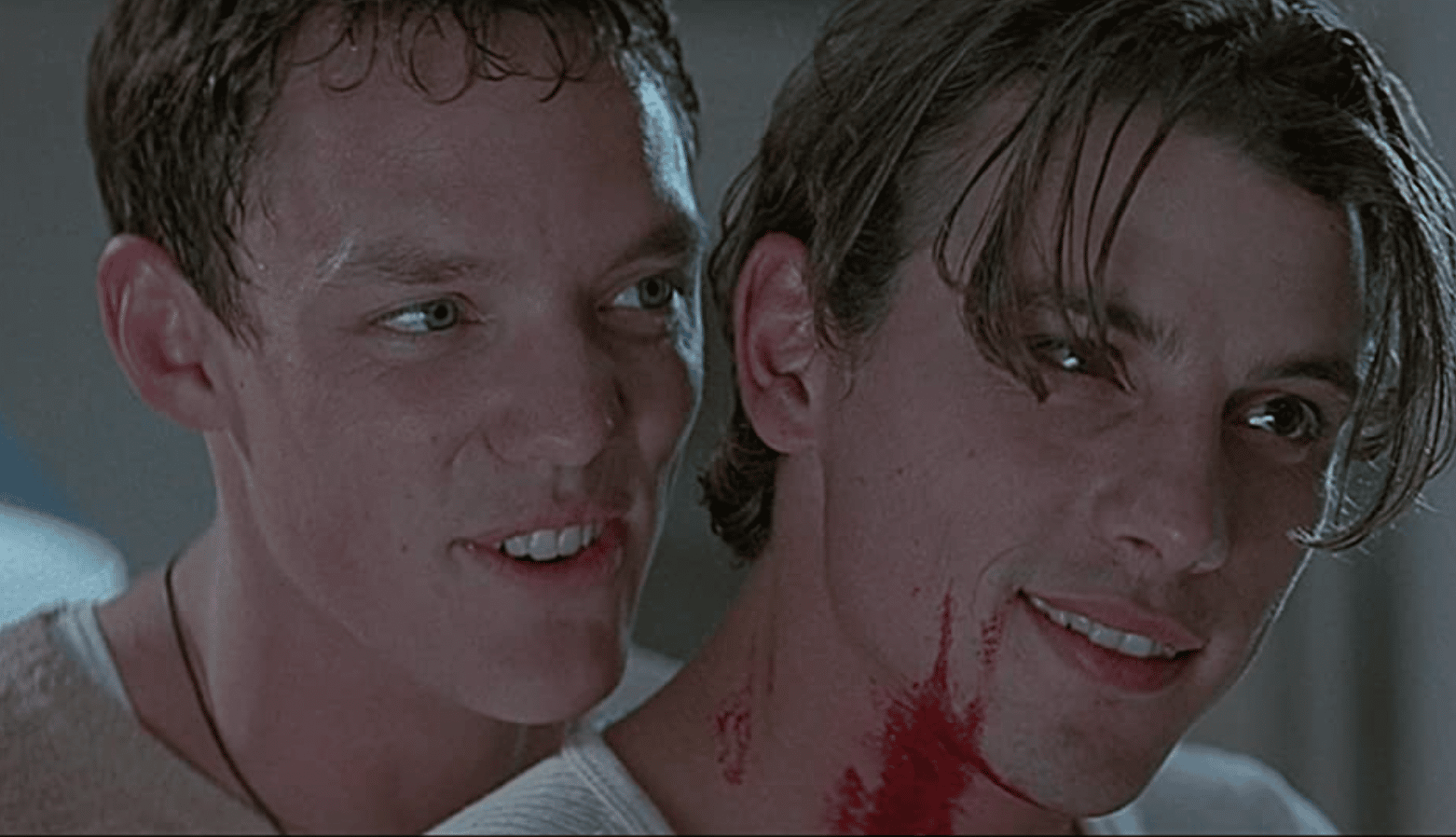 Even though the movie’s opening scene made it all the way through to the theatrical cut, not every sequence was so lucky. A number of scenes had to be altered to appease the ratings board before Scream was allowed to be released, and this led to a lot of bad blood between them and director Wes Craven.

“I’m a director who can do something very well but am not allowed to put it on screen,” Craven was quoted as saying. “And they ultimately get you, as they did on this one, on intensity. They say, it’s not a specific shot, it’s not blood, it’s just too intense.”

4. The film may have inspired a number of copycat crimes 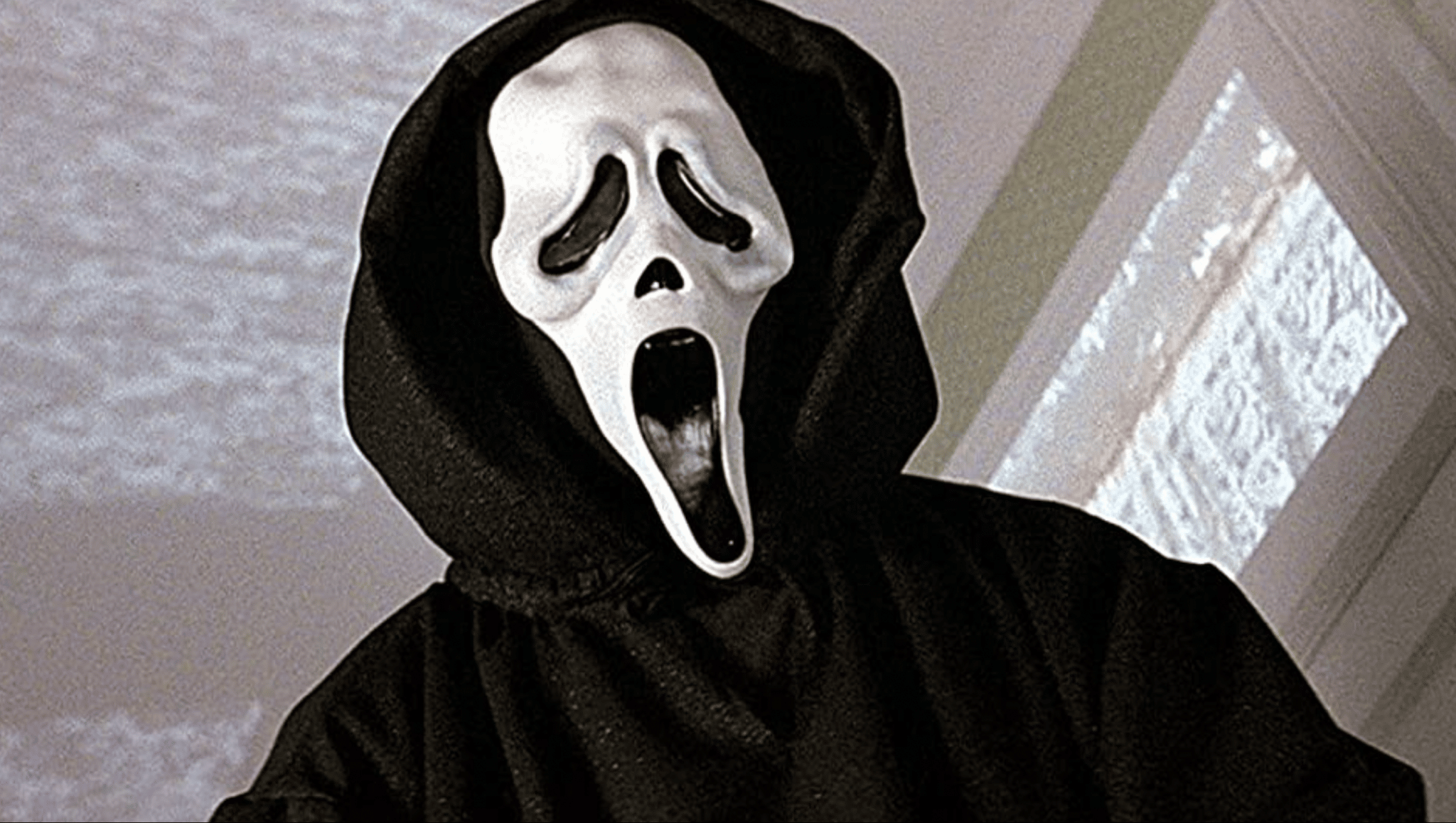 Over the years, Scream has been accused of inspiring a number of violent copycat crimes, including the 1998 murder of Gina Castillo by her son Mario Padilla and nephew Samuel Ramirez. The case became known as the ‘Scream murder,’ because the boys admitted to being inspired by Scream and Scream 2, and even purchased two Ghostface costumes and a voice changer, like the one used in the movies.

However, a study by prominent economists Gordon Dahl and Stefano DellaVigna showed that for every million people who view a violent film on a given day, violent crime decreases across America by 1.2%. Not only that, but countless other studies have shown that watching horror movies does not make you any more likely to commit violent crimes.

3. The voice of the killers never actually met the cast 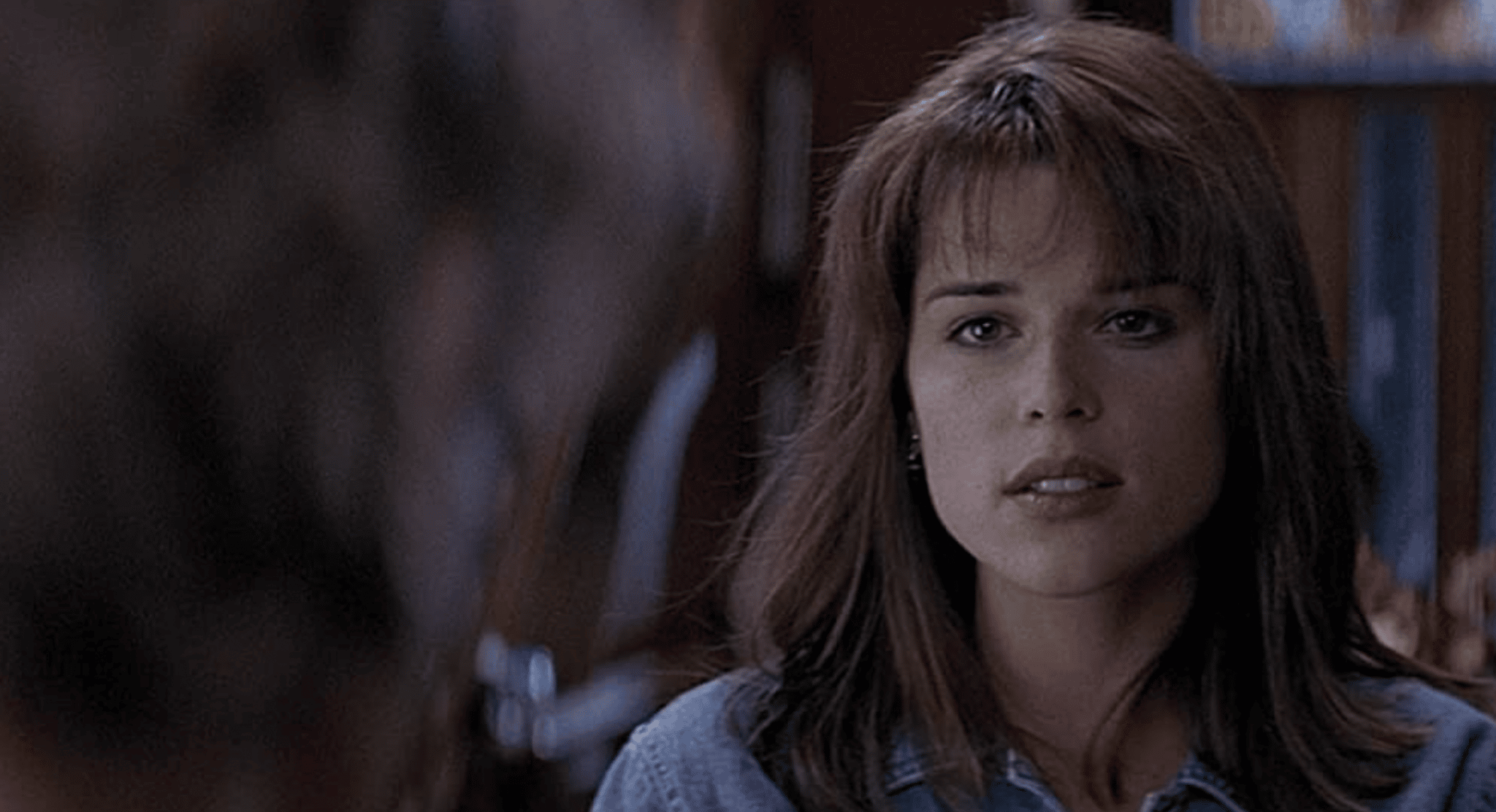 What makes the killers in Scream so ingenious is the fact that they use a voice changer when speaking to their victims. Not only does this stop the characters from figuring out that there is not one but two killers swapping out to come after them, but it also prevents them from realising that the killers are people they know in real life.

Roger L. Jackson, a famous voice actor who also brought The Powerpuff Girls villain Mojo Jojo to life, was responsible for the silky smooth voice behind the Scream mask. To ensure his voice kept its menacing but seductive quality, Jackson really phoned the cast and spoke to them from a hidden spot on set. 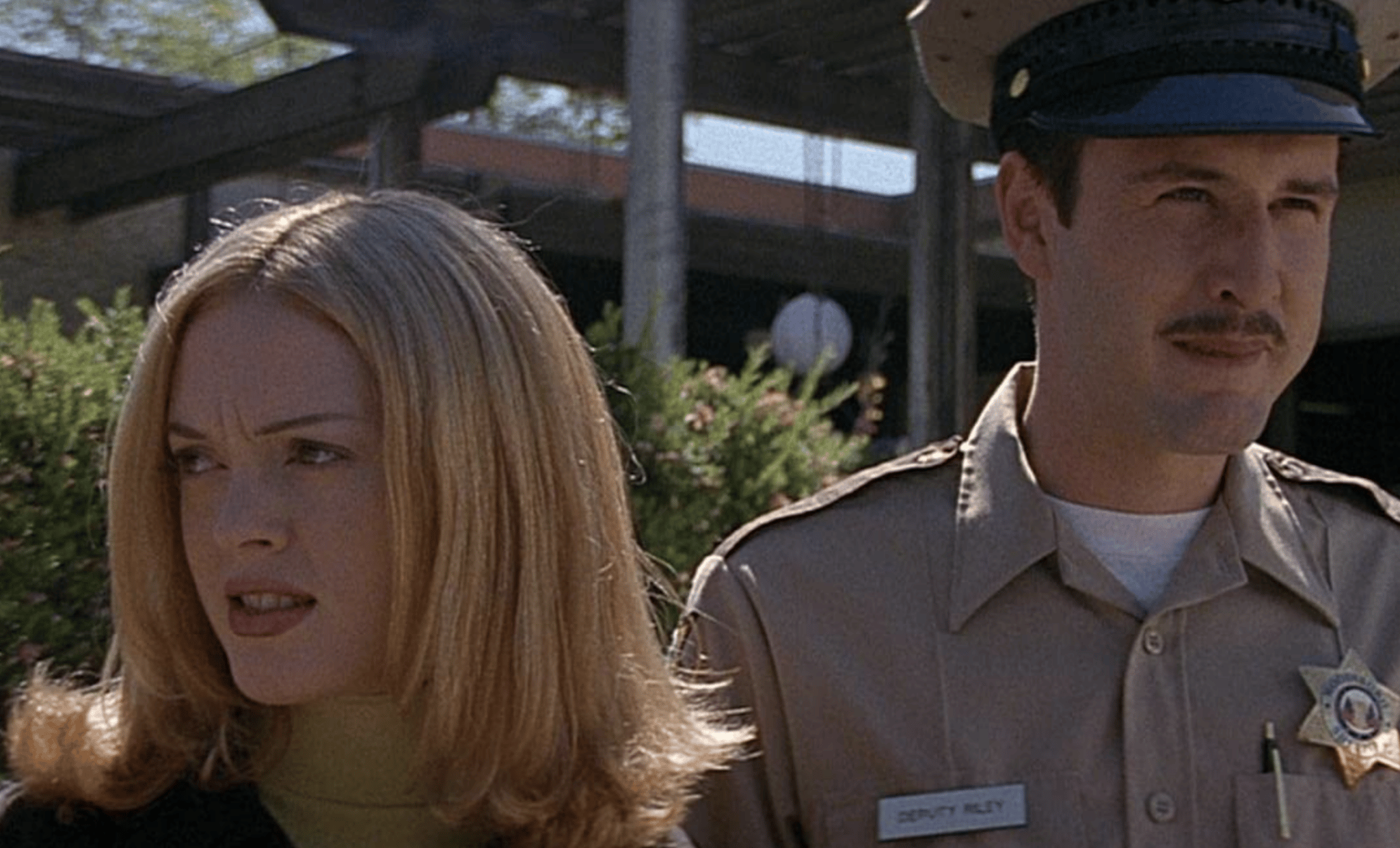 It’s impossible to overstate the impact that Scream had on the horror genre. By the time the 90s rolled around, the horror heyday of the 70s and 80s was long over, with iconic slasher franchises like Halloween and Friday the 13th having become bloated and tired. Scream’s self-aware references to the cliches of horror movies was refreshing enough to capture audiences attention, leading to a whole host of other horror comedies following in its wake.

This led to the release of many movies that followed a similar template, including I Know What You Did Last Summer and Urban Legend, as well further, more self-aware sequels to older horror franchises, including Bride of Chucky and Halloween H20.

1. It remains the highest-grossing slasher movie of all time 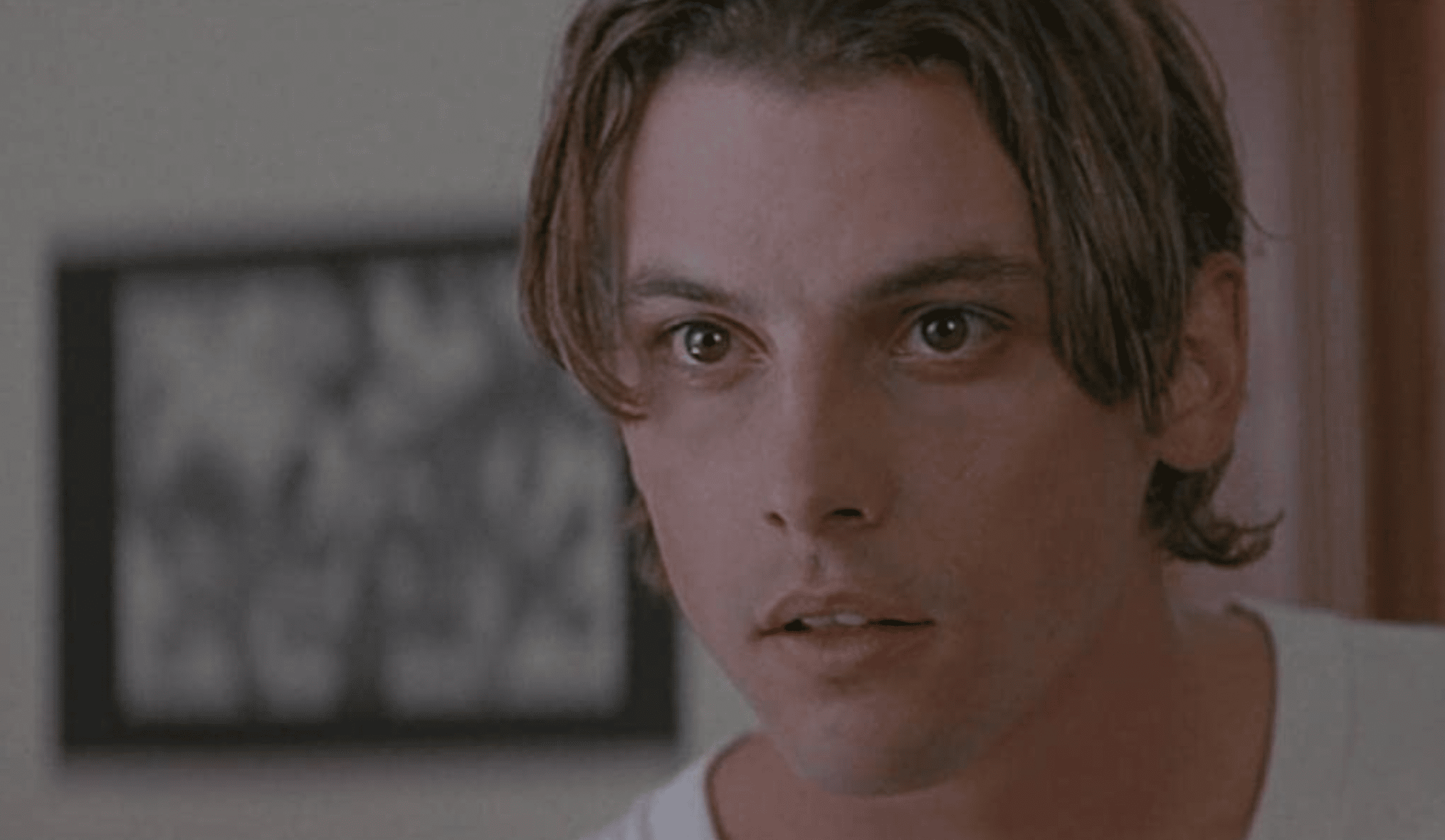 Scream received positive reviews almost across the board, and made a decent $173 million worldwide. It was so popular that it immediately rocketed to the top of the horror charts, becoming the highest-grossing slasher movie ever.

Scream held that title until 2018 when it was overtaken by the new Halloween overtook, at least if inflation is taken into account. Scream to this day remains the highest-grossing slasher movie of all time, though other horror movies like It and Alien also beat it at the box office.