Drew Barrymore: From Child Star To Hellraiser To Mogul

For all the celebrities who can claim to have grown up in public, few have done so quite so literally, not to mention so dramatically, as Drew Barrymore.

Beloved worldwide for her scene-stealing role in ET the Extra-Terrestrial, by the late 80s the child star seemed doomed to become yet another Hollywood casualty – yet Barrymore would soon turn things around, enjoying huge success as an actress before branching out to become an even more successful businesswoman.

On February 22 1975, Drew Blythe Barrymore was born into a family with a long heritage on stage and screen; most notably, her grandfather John Barrymore was one of the most acclaimed actors of the early silent film era. 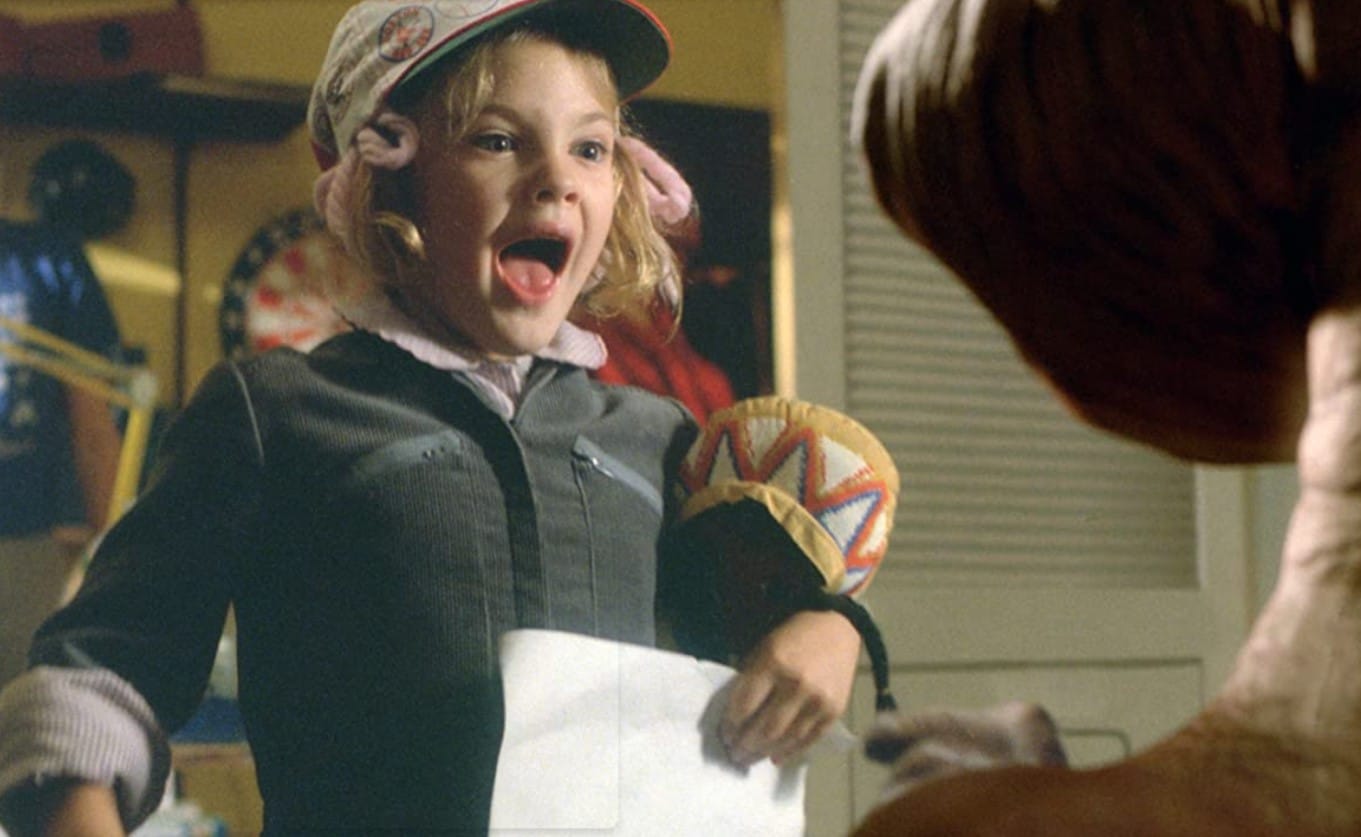 Drew’s father John Drew Barrymore (from whom she was largely estranged before his death in 2004) and mother Jaid Barrymore were also actors, and it wasn’t long before their daughter followed suit. Young Drew Barrymore made her screen debut in a dog food commercial before she was even a year old, then appeared in her first movie, Altered States, aged five.

1981 brought Barrymore a little bad news, and a little good news. The bad news was, she lost out on the role of Carol-Ann in Poltergeist to Heather O’Rourke; the good news was, she made a big enough impression on producer Steven Spielberg (her future godfather) for him to instead cast her as Gertie in ET.

On release in 1982, ET was an unprecedented success, eventually toppling Star Wars to become the single biggest box office hit in history (adjusted for inflation, it’s still in the all-time top ten). 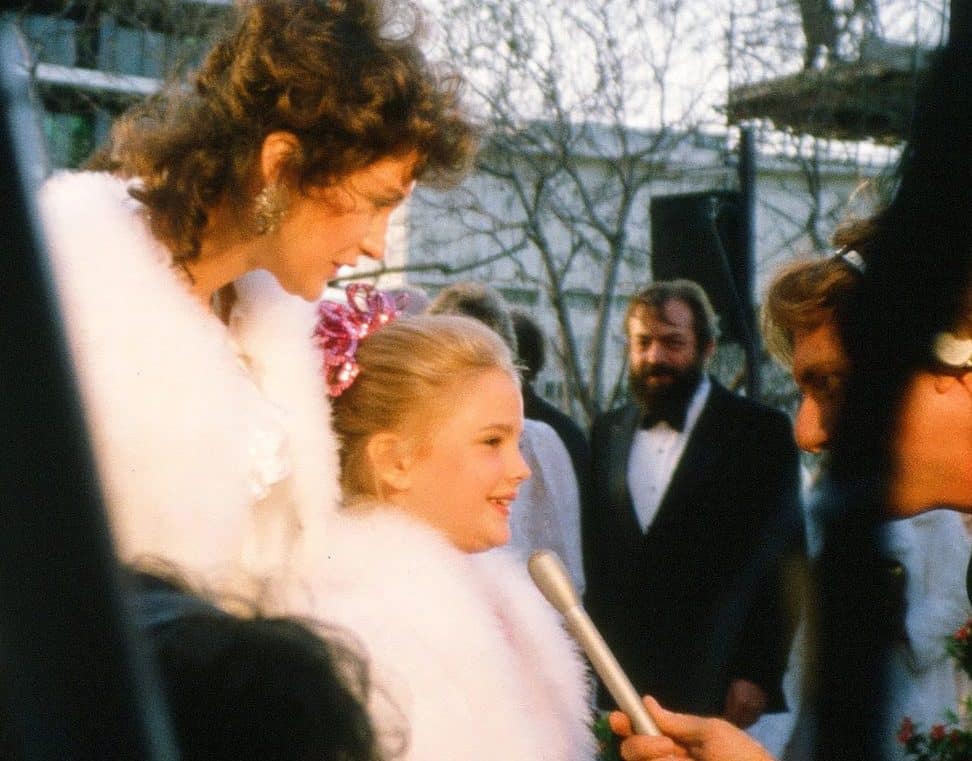 While director Steven Spielberg and lead actor Henry Thomas earned massive acclaim, the real breakout star of the movie was Barrymore, whose adorable turn as the cute little sister of Thomas’ Elliot warmed the hearts of audiences everywhere.

Suddenly, the seven-year-old Barrymore found herself the toast of Tinseltown. Her brightness and confidence made her a popular talk show guest, and that November she became the youngest ever guest host of Saturday Night Live.

Barrymore’s child stardom brought more film roles (Firestarter, Irreconcilable Differences, Cat’s Eye), but it also plunged her headfirst into a celebrity lifestyle liable to do harm to anyone, let alone a child. 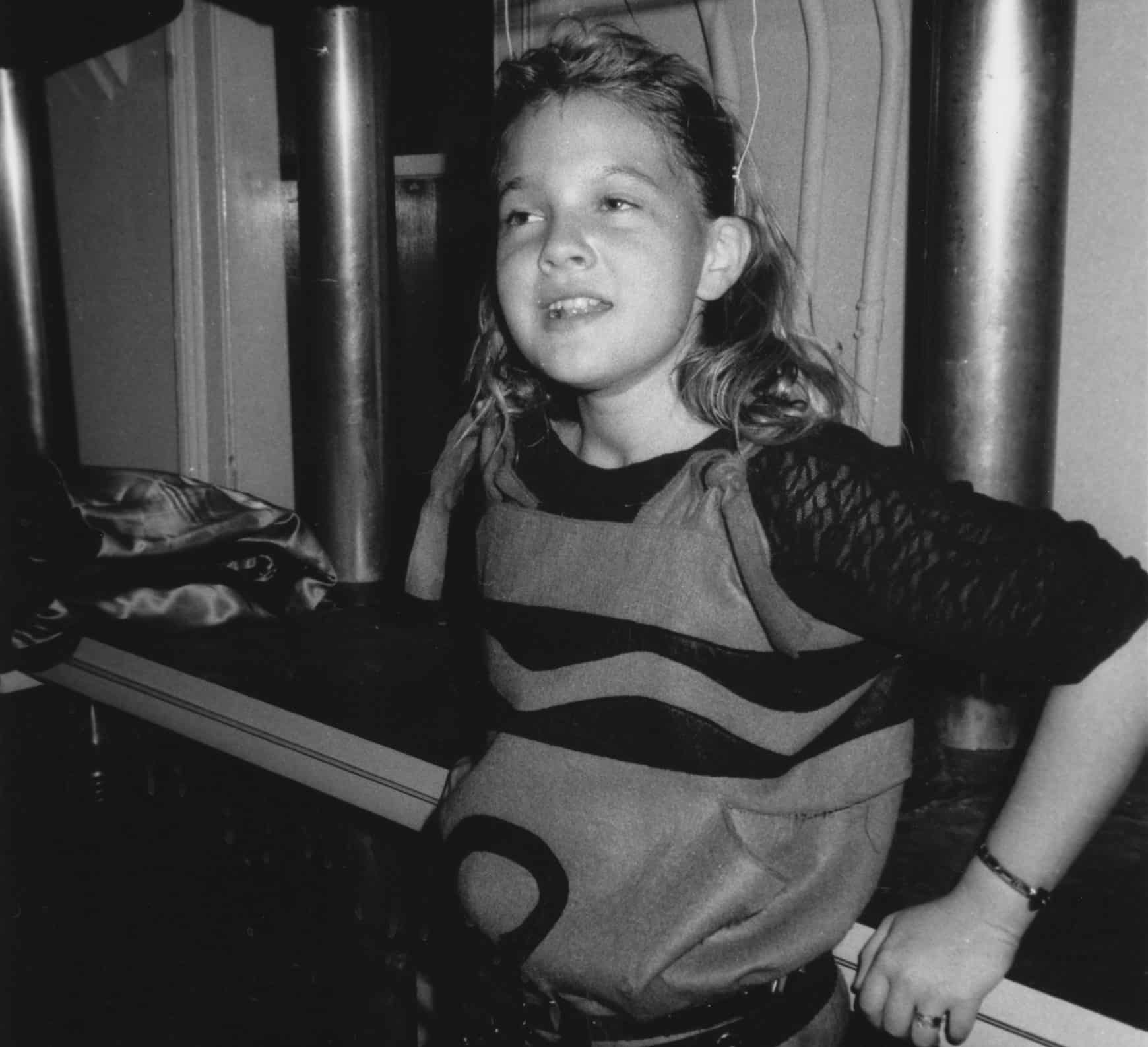 Barrymore’s mother was a regular party-goer, and she started taking her daughter along with her. Such was the power of celebrity (and the more permissive times) that the underage Drew found herself allowed into prestigious nightclubs like New York’s Studio 54.

Soon, Drew was out with her mother as often as five times a week, and indulging in the same vices as the grown-ups: drinking alcohol aged nine, smoking marijuana by ten, and using cocaine by 12.

At the time, much of this was kept out of the public eye; at the height of her substance abuse, Barrymore even participated in First Lady Nancy Reagan’s famous Just Say No campaign intended to deter kids off drugs. 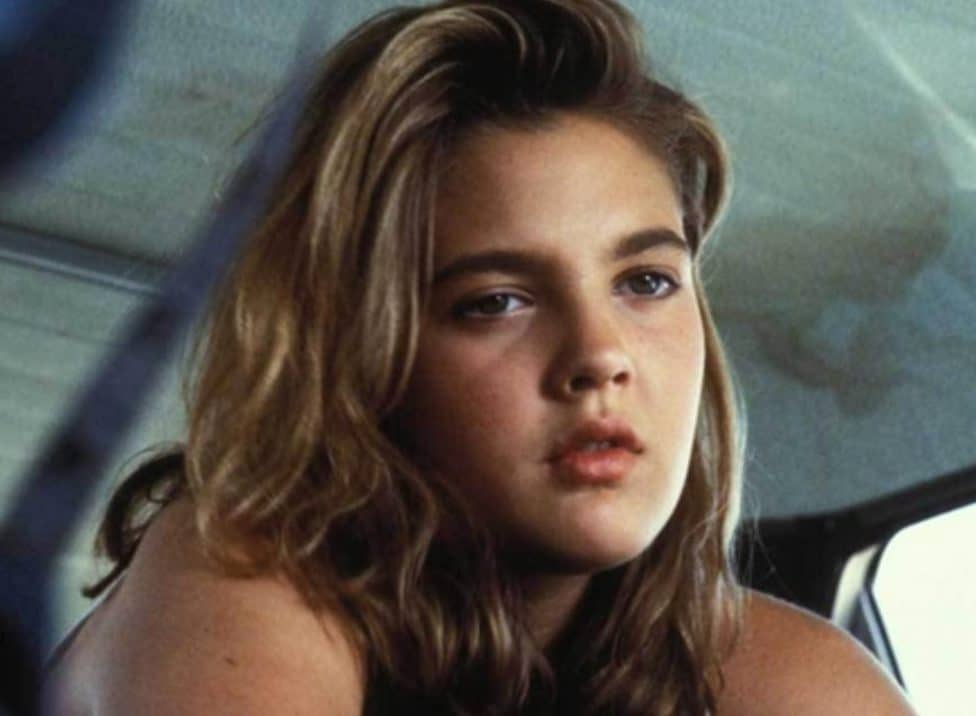 Abuse soon gave way to addiction. At 13, Barrymore found herself sent to a strict rehab facility where she would remain for a year and a half. A suicide attempt followed.

On release, Barrymore (at the advice of her doctors) set about being emancipated from her mother. She was successful in this, was declared legally an adult aged just 15, and set about taking control of her life and career on her own.

After a few years of struggling to get Hollywood to take her seriously again, Barrymore was eventually able to forge a new career in provocative roles that played on her ‘bad girl’ image, including Poison Ivy and the appropriately-named western Bad Girls. 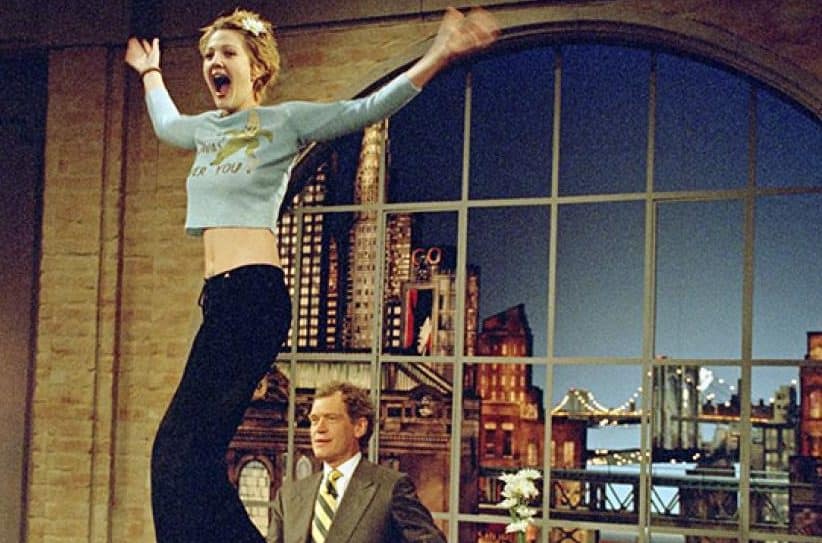 Bit by bit, Barrymore’s stock in Hollywood rose, particularly as she continued to delight in raising eyebrows. Her love life became regular tabloid fodder: 1994 saw her marry an LA bar owner, then file for divorce within a matter of months.

1995 brought two of Barrymore’s most notorious moments: when she posed nude for Playboy magazine, and when she flashed talk show host David Letterman during an interview.

In 1996, Barrymore surprised everyone again by taking what audiences assumed to be the lead role in horror movie Scream, only for her character to die in the opening scene. 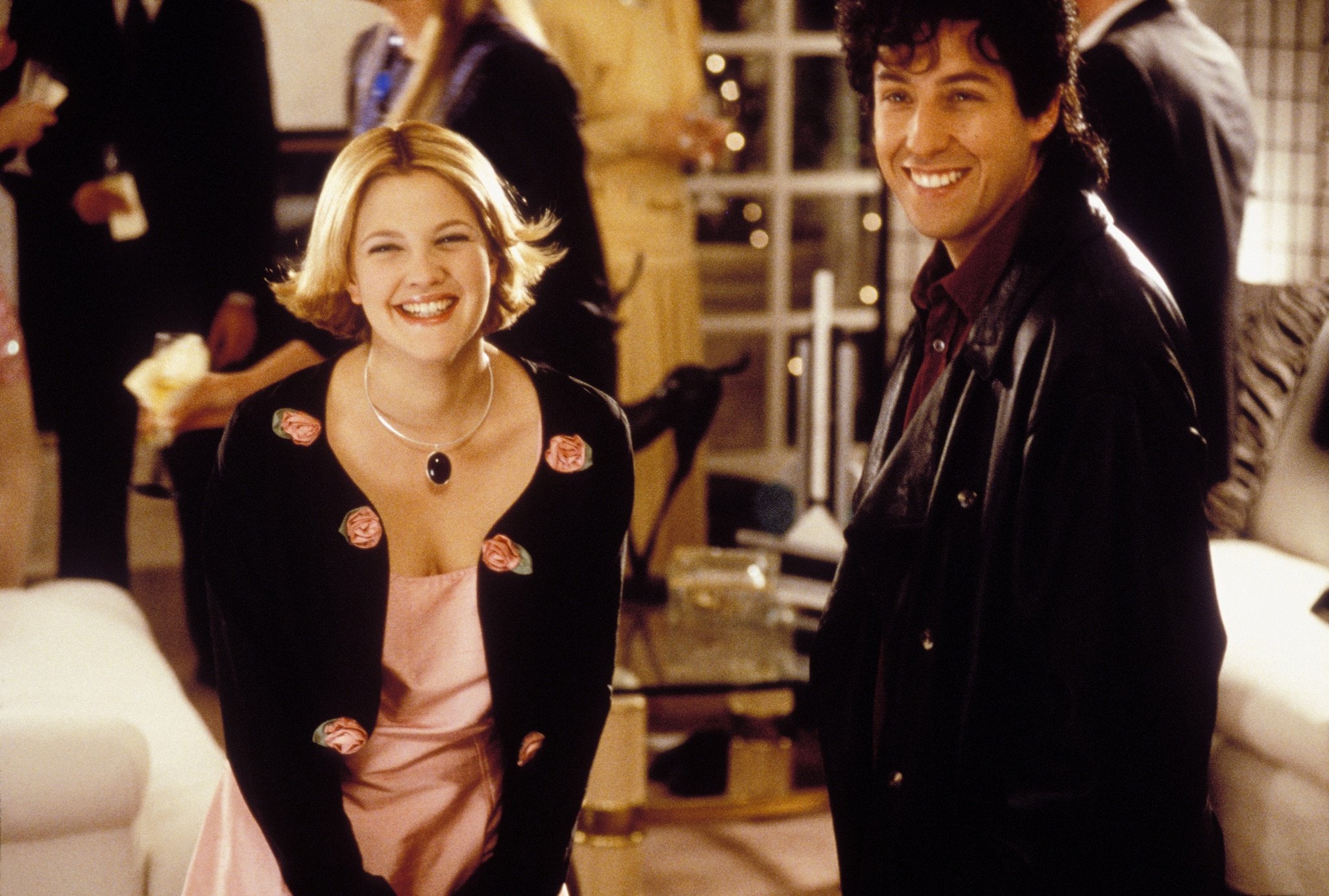 As the end of the decade approached, Drew Barrymore had successfully relaunched herself as a fully-fledged movie star and Generation X icon. Then the Hollywood wild child made perhaps the most surprising move of all: she went straight.

1998 rom-com The Wedding Singer proved to be a major reinvention for Barrymore. For one, it marked the start of a long working relationship with comedy actor Adam Sandler, with whom she would later reunite in 50 First Dates and Blended. 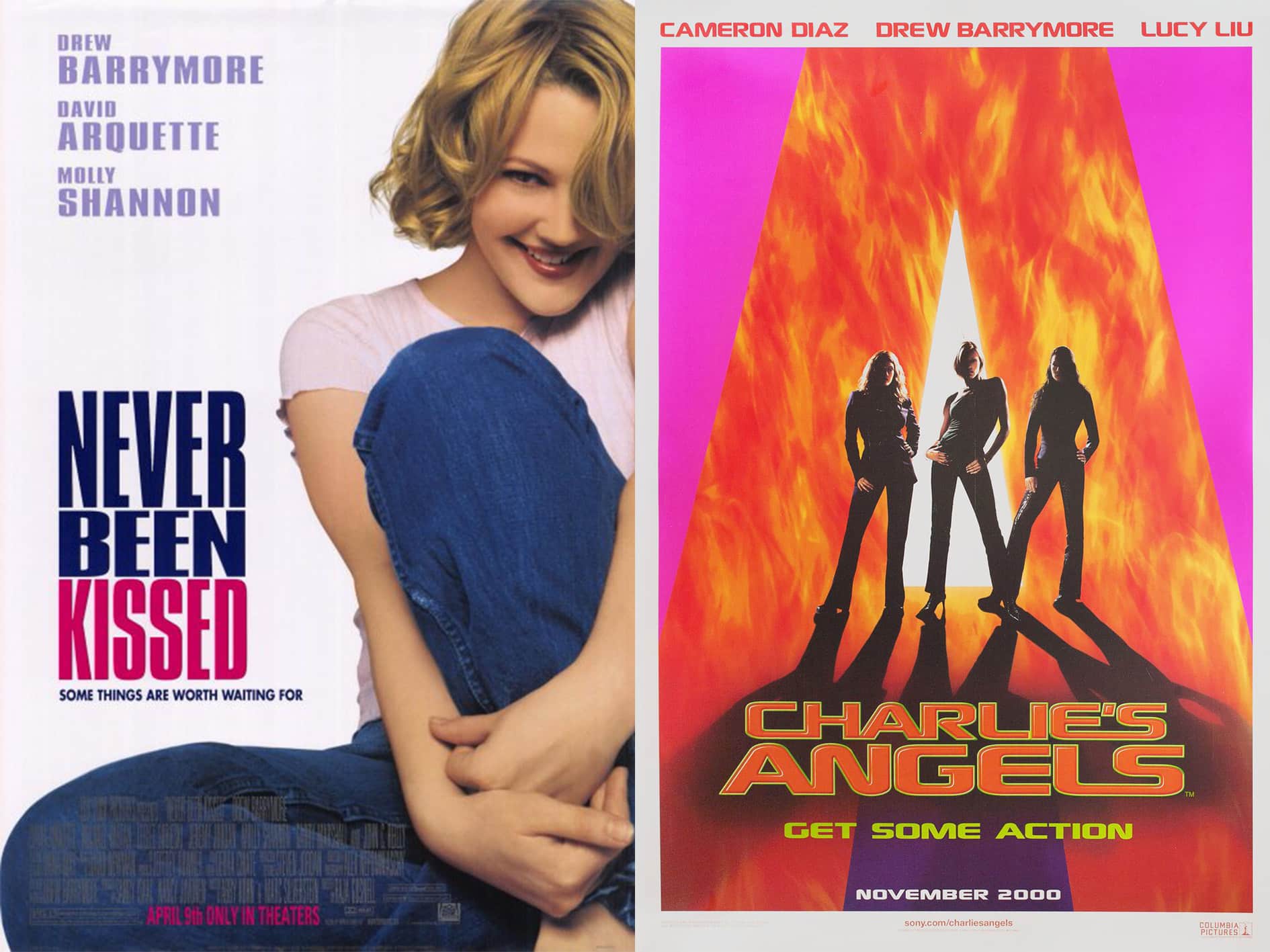 Barrymore would then take another more reserved role in 1999’s Never Been Kissed, which was a significant step up for another reason: it was her first film as a producer.

Barrymore would go on to produce several more of her biggest hits, notably the two Charlie’s Angels movies. She also gained considerable critical kudos for her work as both producer and supporting actress in cult 2001 drama Donnie Darko.

In 2009, Barrymore added another feather to her cap by making her first, and to date only film as director with Whip It, a coming-of-age comedy-drama starring Elliot Page. Unfortunately, it flopped, although reviews were good and the film has since built a cult following. 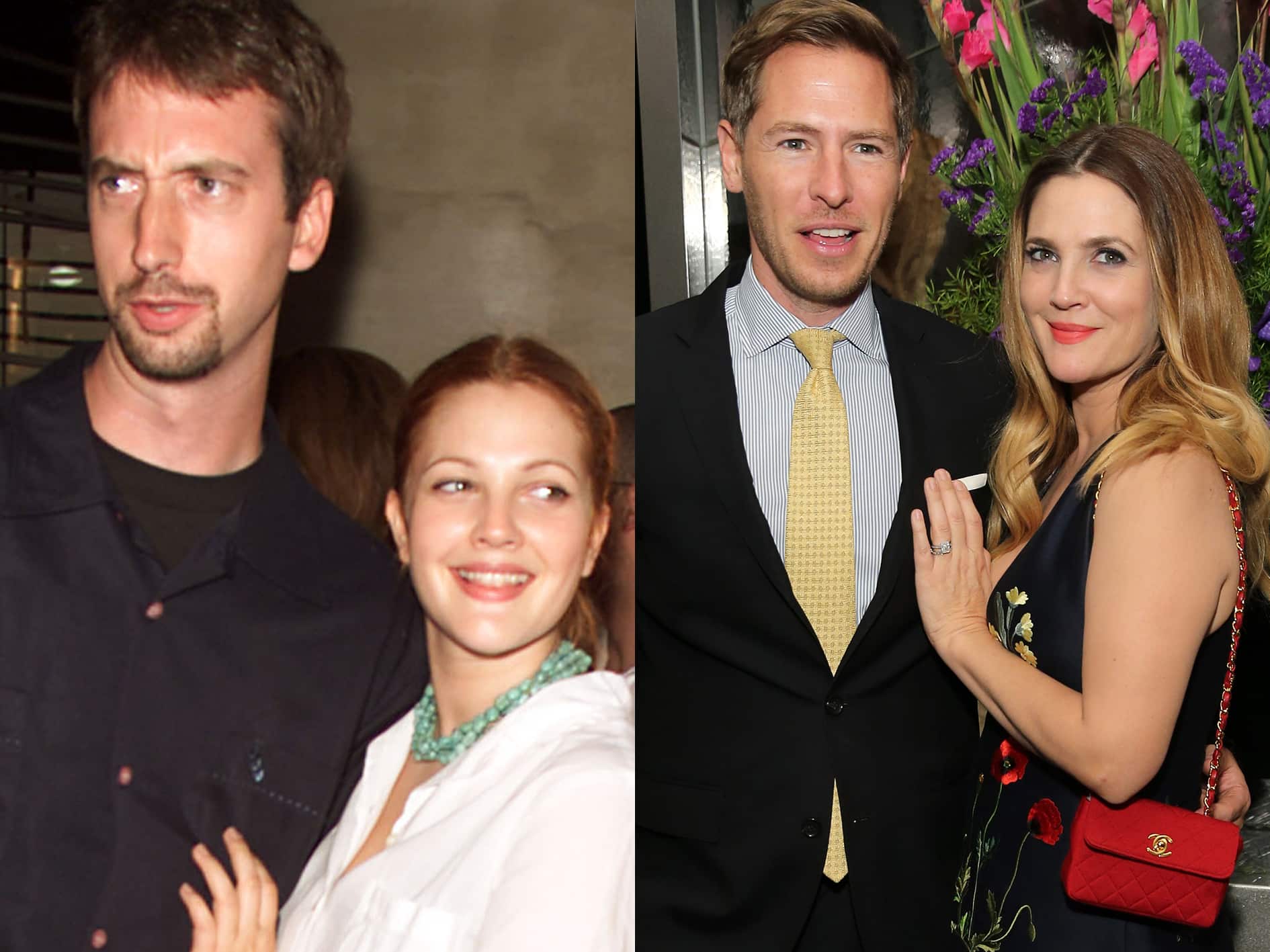 In the years since, Barrymore has stepped back somewhat from film, in part to focus on her family. After her second marriage to comedian Tom Green ended within just two years (2000-2002), Barrymore tied the knot a third time in 2012 with Will Kopelman, a few months before giving birth to their first daughter Olive.

Barrymore and Kopelman had a second daughter named Frankie in 2014, but this marriage also ended in divorce in 2016. Barrymore has since insisted she’ll never marry again. 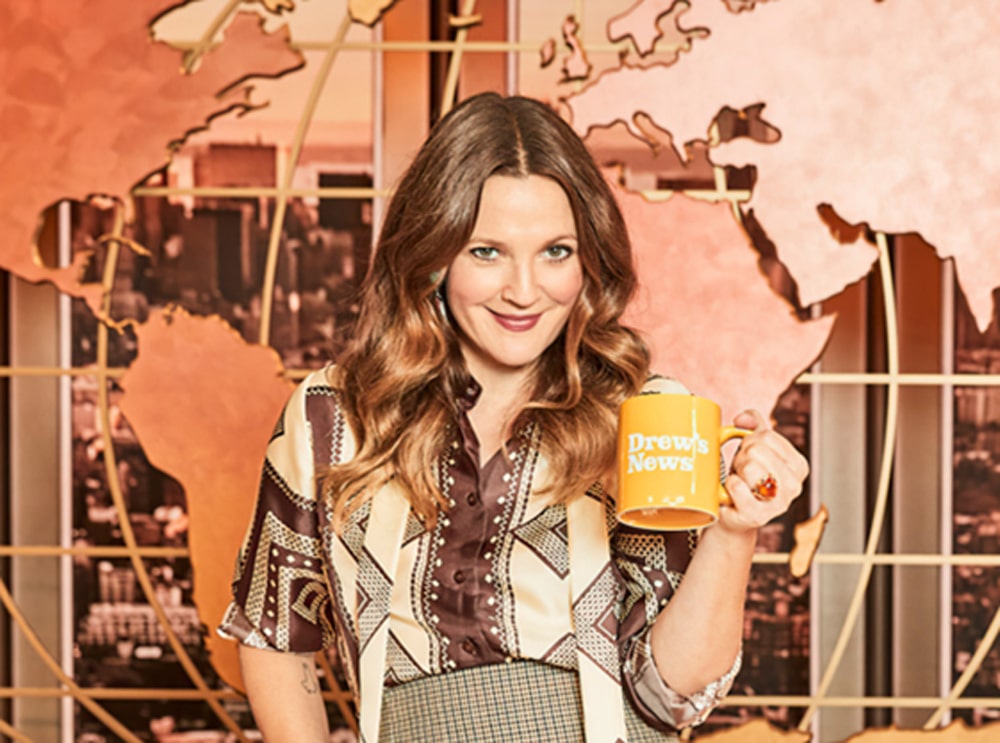 Not long thereafter, Barrymore declared publicly that she had no intentions to act again anytime soon, stating in a radio interview, “I don’t want to be on a film set right now,” mainly for the sake of her children.

However, before we start thinking Barrymore has taken any kind of early retirement, we can hardly fail to take note of the number of other business ventures she is involved in.

Barrymore remains active as a producer, and not only on her own projects: her recent producing credits include reality TV show Shoot to Kill, and the 2019 Charlie’s Angels movie reboot. 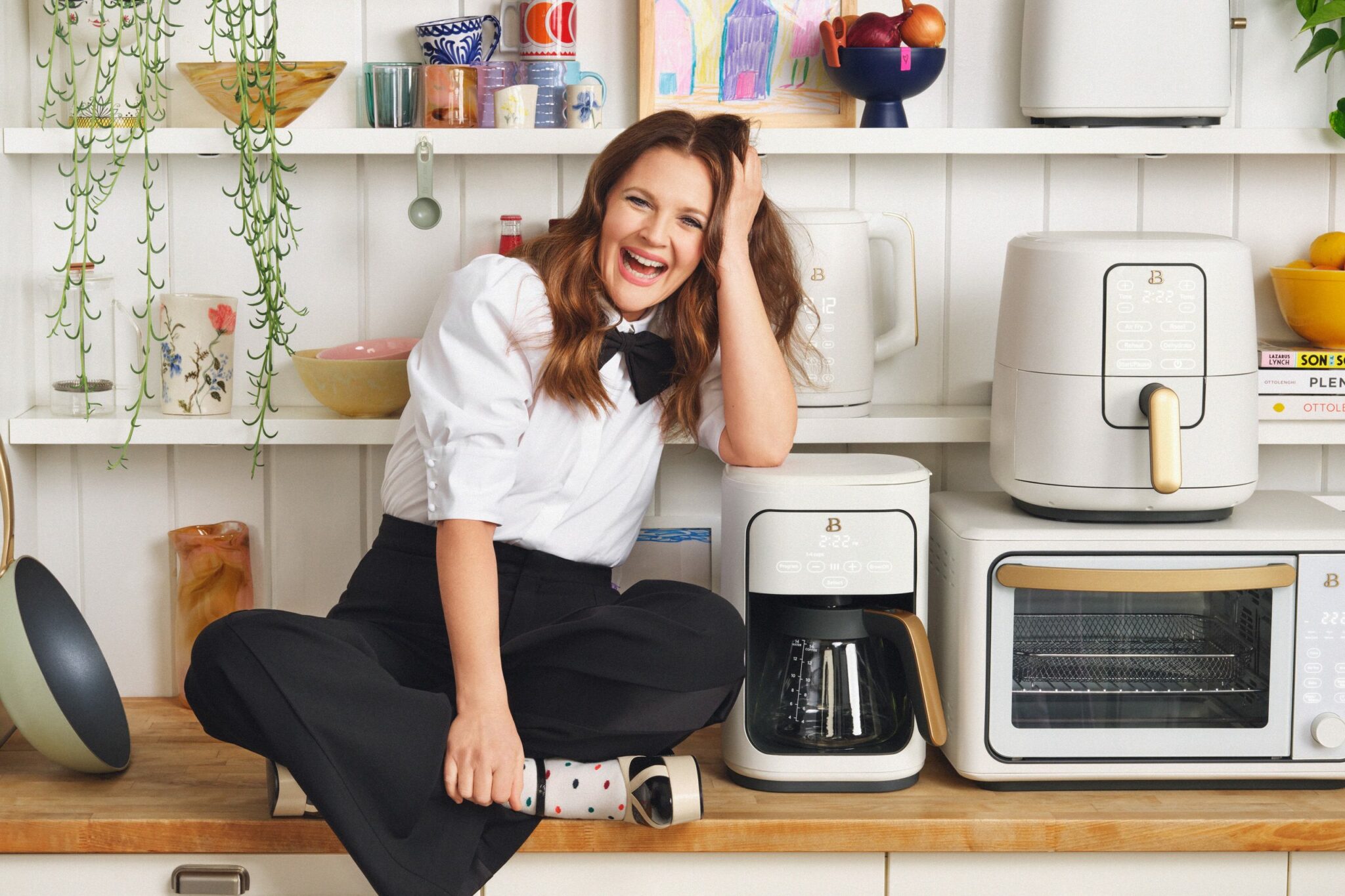 On top of this, Barrymore’s company Flower produce cosmetics, perfume and clothing. She also has her own wine label, Barrymore Wines. (Despite her troubled youth, Barrymore still drinks alcohol today, albeit in greater moderation.)

She has also made the perhaps unexpected move into cooking appliances with her Beautiful Kitchenware range, with products including kettles, air fryers, blenders and toaster ovens. Hand in hand with this, Barrymore has also published her own cookery book, Rebel Homemaker.

All this would seem to have paid off in a big way for Barrymore, as her reported net worth as of early 2022 is said to be in the region of $125 million. 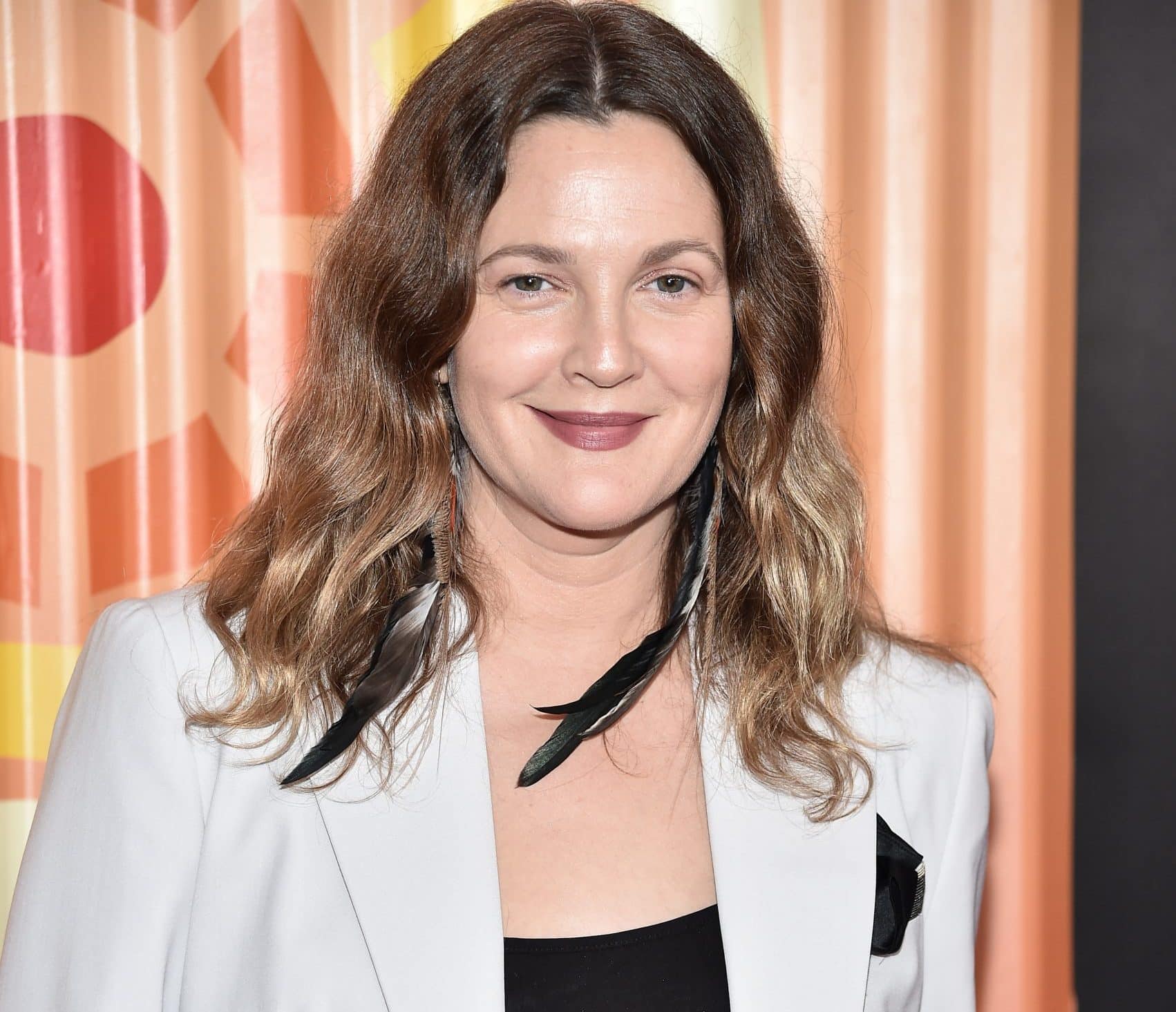 Not bad for a 47-year-old woman who, by her own admission, once “had a fear that I was going to die at 25,” which didn’t seem too implausible given Barrymore’s early problems, and the fate of many other child stars.

In a 2017 interview, Barrymore expressed a personal philosophy: “Fight to the death to be happy, and don’t kill anyone along the way.” We certainly hope her happiness continues.