10 Things You Might Not Have Realised About The Wedding Singer

Adam Sandler is definitely one of those comedy actors that splits people’s opinions. Some view him as one of the funniest stars working in Hollywood today, whilst others simply shake their heads, wondering what on earth all the fuss is about.

Those of you who are big Sandler fans will no doubt be delighted to find out more about his popular 1998 comedy film The Wedding Singer, in which he starred alongside the brilliant Drew Barrymore.

Below are 10 things you might not have realised about the film which was set in our very favourite decade of the 1980s, and which saw Sandler’s character, a wedding singer called Robbie Hart, fall in love with Barrymore’s waitress Julia Sullivan.

10. The film’s director drew on his own experience of being heartbroken 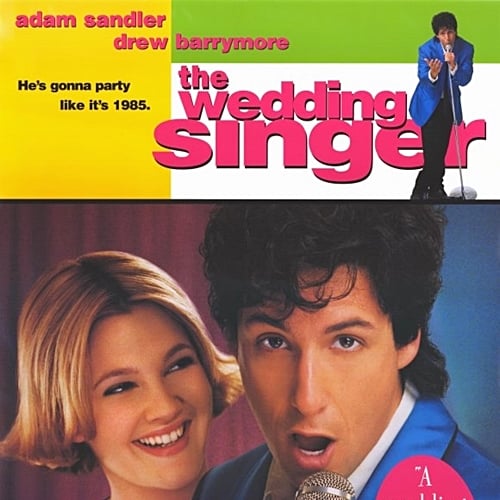 The Wedding Singer’s director, Frank Coraci, used his own personal experience of being heartbroken to aid him in helming the film.

“I remember lying in bed and not being able to move, so it was easy to tap into that pretty quickly,” Coraci has said of his unspecified real-life heartbreak experience.

9. Adam Sandler had performed as a wedding singer before 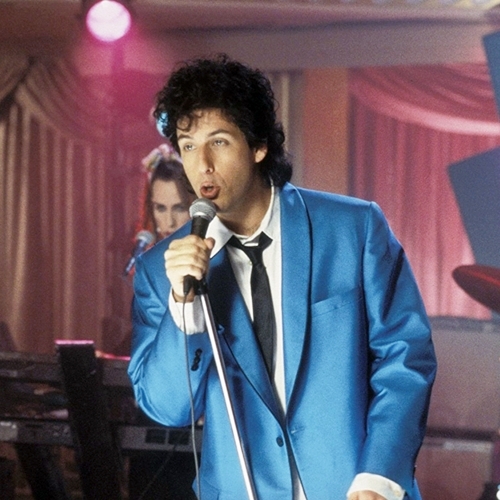 It may have only happened on one occasion, but Adam Sandler had already sung at a wedding before he signed up to play Robbie Hart in The Wedding Singer.

Sandler sang Yesterday by The Beatles and the Ringo Starr cover of You’re Sixteen at his sister’s wedding, when he was just 11 years old.

8. Carrie Fisher worked on the script (along with Judd Apatow) 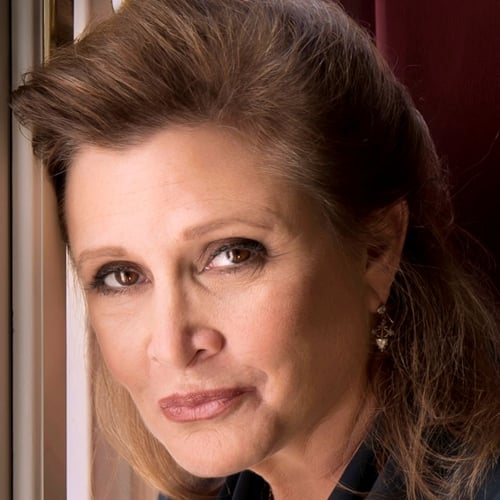 The late Carrie Fisher, who of course played Princess Leia in a certain popular space saga, also spent a large part of her career working as a script doctor, using her writing skills to improve a number of popular film screenplays.

Fisher added to the scripts for Sister Act and Last Action Hero among many others, and went on to do some uncredited work on The Wedding Singer, alongside Judd Apatow.

7. Adam Sandler didn’t want the film to feature a sex scene because he’s ‘not good at sex’ 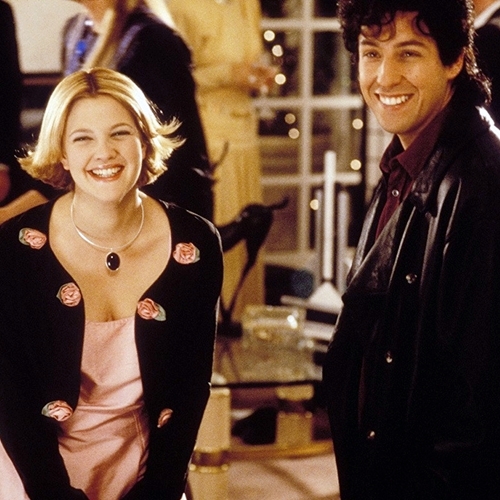 American talk show host Conan O’Brien once asked Adam Sandler why there wasn’t a sex scene in The Wedding Singer, and we’re not sure if the comedian’s response was a joke or not!

“The main reason for not having a sex scene is that I’m not good at sex,” Sandler told O’Brien. Sandler continued: “I started when I was pretty young and I was always, ‘you’ll get better.’ And I got older and it’s still not good.”

6. Billy Idol credits the film with giving him a large number of new fans 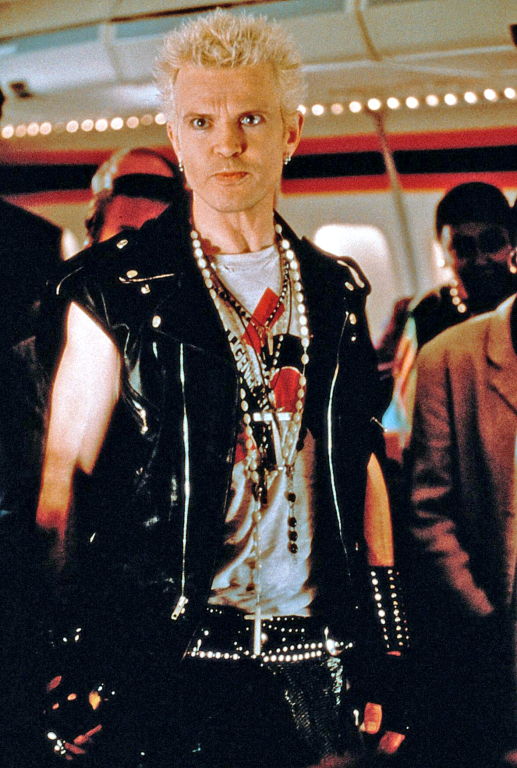 Legendary 1980s punk rocker Billy Idol appears in the film as himself, which he only agreed to do because his son was such a big Adam Sandler fan at the time.

Idol also credits the film with giving him a number of new fans, saying “I gained a number of diehard teenage fans through doing it, who are adults now and are still turning up to my gigs.”

5. Boy George is a big fan of his lookalike in the film 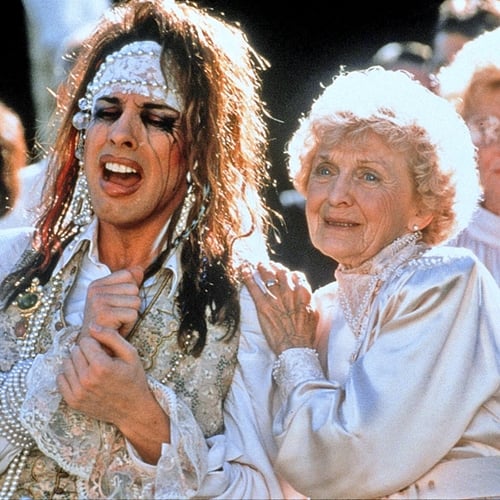 Culture Club lead singer Boy George has revealed that he is a big fan of the performance given by the late transgender actress Alexis Arquette in the film.

“Alexis played me in The Wedding Singer very hilariously,” Boy George has said. “When I saw Alexis doing an impersonation of me, I was rolling around on the floor laughing.” 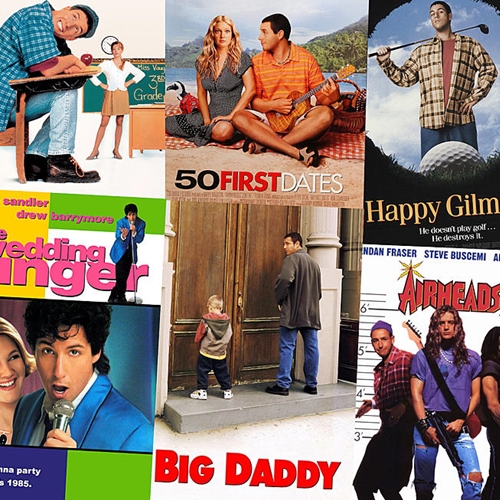 The Wedding Singer, which was the first Adam Sandler film to make more than $100 million at the box office, is also the highest-rated of his comedy films on the popular film review website Rotten Tomatoes.

3. It was the first of three films to star Adam Sandler alongside Drew Barrymore 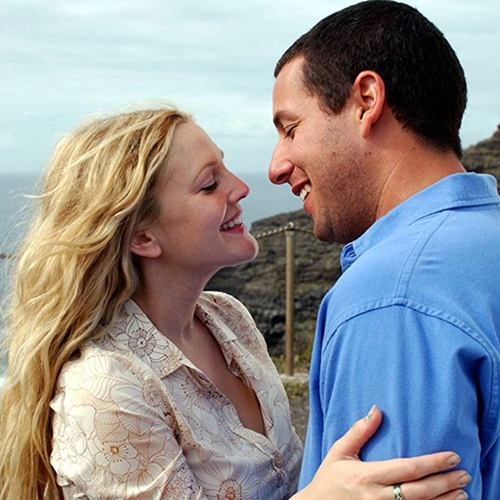 The Wedding Singer was the first of three films to star Adam Sandler alongside Drew Barrymore. The other two films, both of which saw the two as love interests, were 50 First Dates in 2004 and Blended in 2014.

“I [wanted us] to be a modern weird Hepburn, Tracy old Hollywood couple” Barrymore has been quoted as saying. “We looked like the worst blind date you’ve ever seen.” 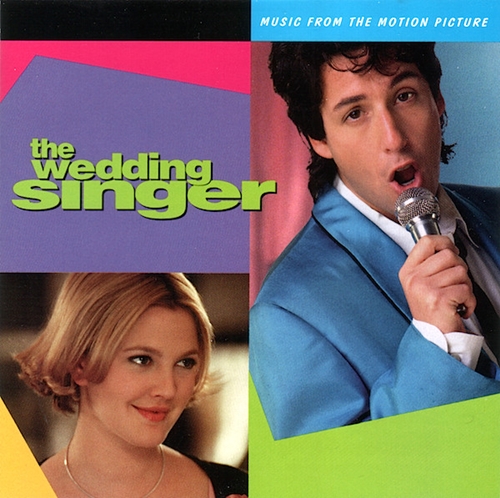 The first album, which featured 80s classics like Do You Really Want to Hurt Me by Culture Club and Every Little Thing She Does is Magic by The Police, even reached number one in Australia.

1. It was adapted into a critically acclaimed Broadway musical in 2006 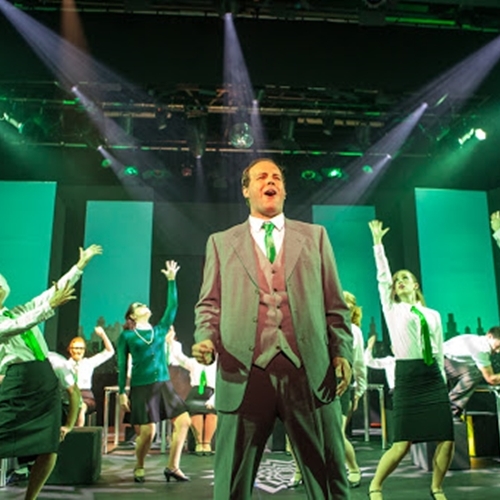 The Wedding Singer was adapted into a stage musical in 2006, with music by Matthew Sklar and lyrics by Chad Beguelin.

The popular musical, which received positive reviews and was nominated for five Tony Awards, opened on Broadway in 2006 before touring the rest of the US, as well as the UK, Spain and Japan.