In the mid-80s, Hollywood funnyman Chevy Chase was at the height of his fame. After a successful stint on TV’s Saturday Night Live, he’d proven himself a big box office draw in such movies as Caddyshack and National Lampoon’s Vacation – big hits at the time which are still revered as comedy classics today.

In 1985, Chase tried his hand at something a tiny bit more serious in Fletch, a comedy thriller which cast him in the title role as Irwin ‘Fletch’ Fletcher, an investigative journalist with a knack for sniffing out a big story, and the quick wits to bluff his way to the truth. While the movie fully capitalises on Chase’s established comedic gifts, it also allowed him to play a more heroic leading man.

Fletch has long been celebrated as one of Chevy Chase’s best – but did you know the following facts about the movie?

10. It’s actually based on a series of novels 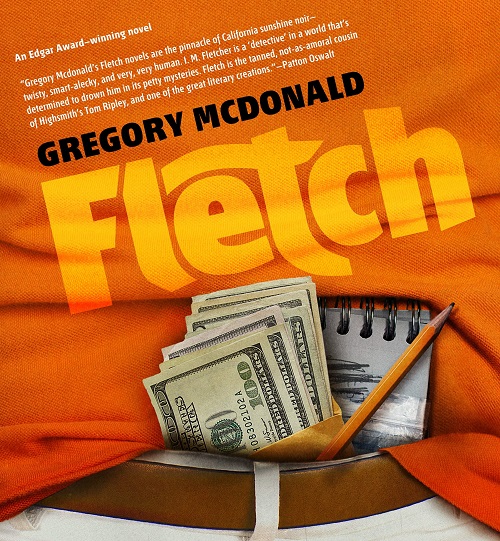 The character of Irwin ‘Fletch’ Fletcher was introduced by novelist Gregory McDonald in his 1974 novel Fletch, on which the film is loosely based.

The novel proved popular enough for McDonald to go on to write a long-running series of Fletch stories.

9. Burt Reynolds, Richard Dreyfuss and Jeff Bridges were all considered to play Fletch 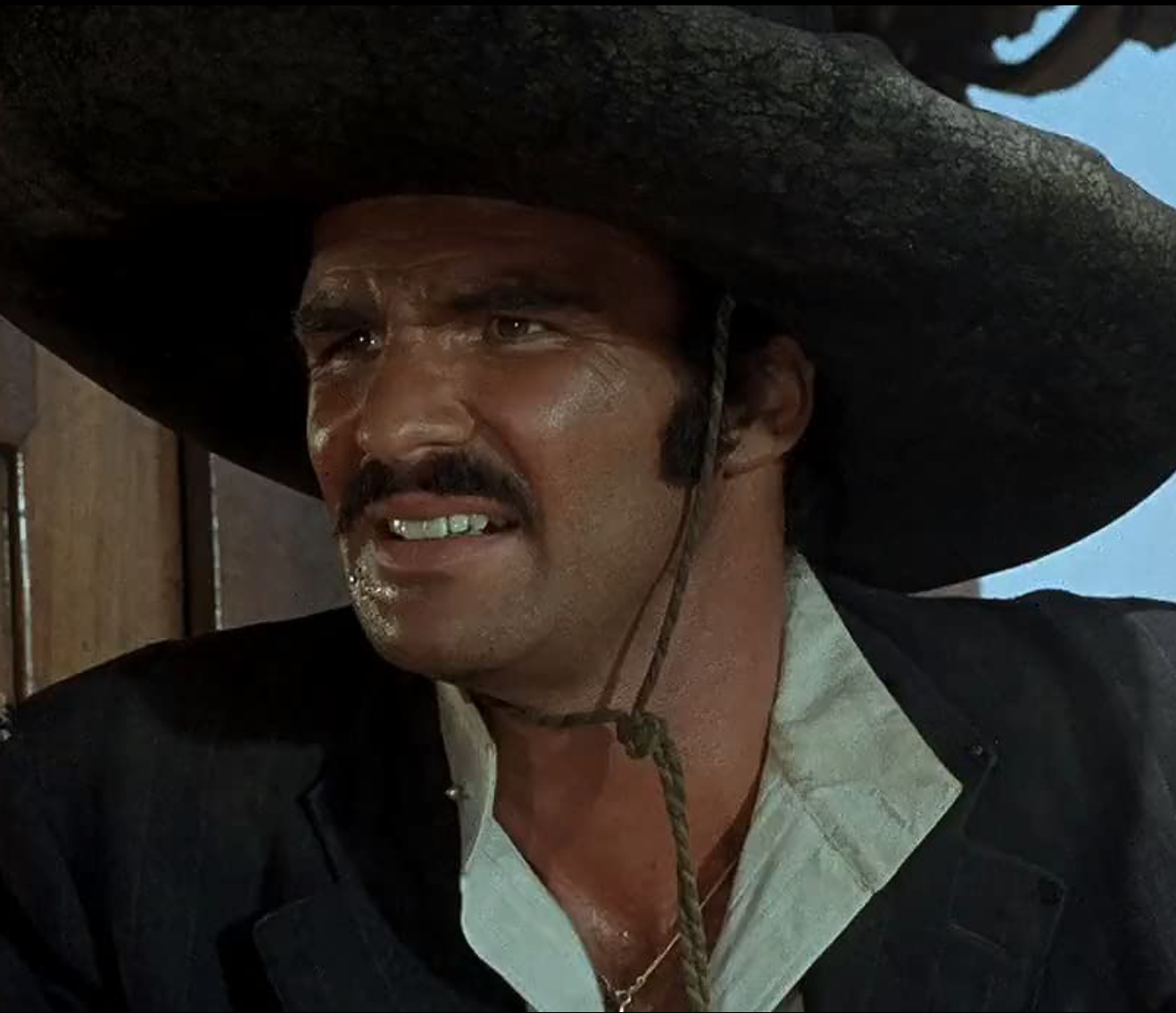 A big-screen adaptation of Fletch was in development by the late 70s, and one of the first actors offered the lead was the biggest box office draw of the time, Burt Reynolds.

Even Rolling Stones frontman Mick Jagger was considered to play the part at one point. 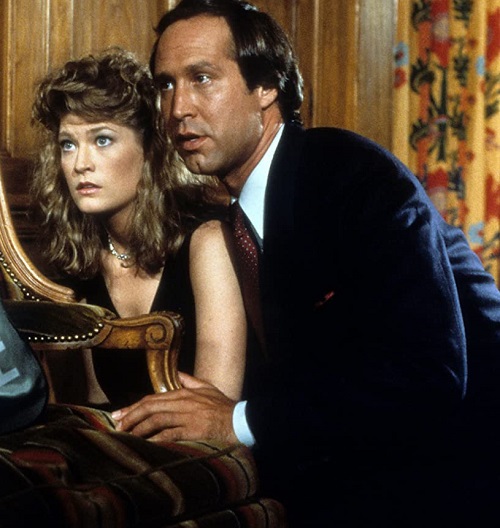 As part of the deal on selling the movie rights to Fletch, author Gregory McDonald reserved the right to veto casting choices he did not approve of.

Exercising this power, McDonald quickly put the kibosh on the possibility of Burt Reynolds or Mick Jagger playing Fletch – but he gave his blessing to Chevy Chase, even though he wasn’t hugely familiar with the comedian and actor.

McDonald said in 2001, “I never really watched Chevy on Saturday Night Live, [but] when his name came up for Fletch, I didn’t throw the monkey wrench… Chevy and [director] Michael Ritchie did a good job with it.”

7. It was the second film credit of Geena Davis 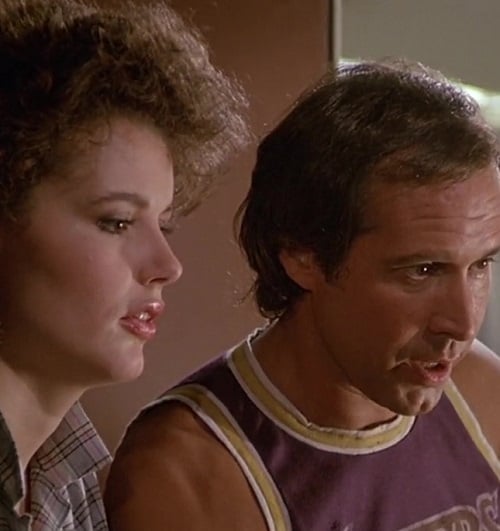 While the female lead role in Fletch – troubled millionairess Gail Stanwyk – is taken by Dana Wheeler-Nicholson, the film’s other most notable female part is taken by Geena Davis. The model-turned-actress only had one other screen credit to her name at that point, having co-starred with Dustin Hoffman in Tootsie.

She appears in Fletch as Larry, the closest ally of the investigative journalist hero back in the office of his newspaper.

Davis would soon thereafter break into lead roles with The Fly, Beetlejuice and The Accidental Tourist, the latter of which won her the Best Supporting Actress Oscar.

6. It shares a location with The Godfather 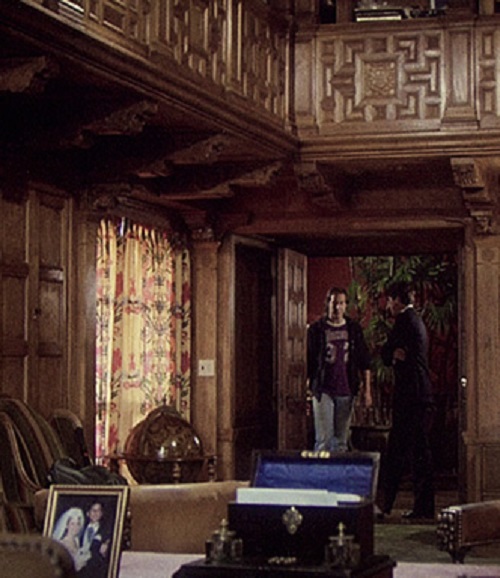 A recurring gag in Fletch is how the smart-mouthed reporter uses all manner of fake names on introducing himself to people, at one point declaring himself Don Corleone – a nod to Marlon Brando’s role in 1972 classic The Godfather.

However, there’s another thing that Fletch shares with The Godfather: the mansion which is home to the Stanwyks.

This same building was also used in one of the most famous scenes in The Godfather: it was home to the unfortunate gent who wakes up alongside the severed head of a horse.

5. Fletch’s roller-skating hippy disguise was based on a real person 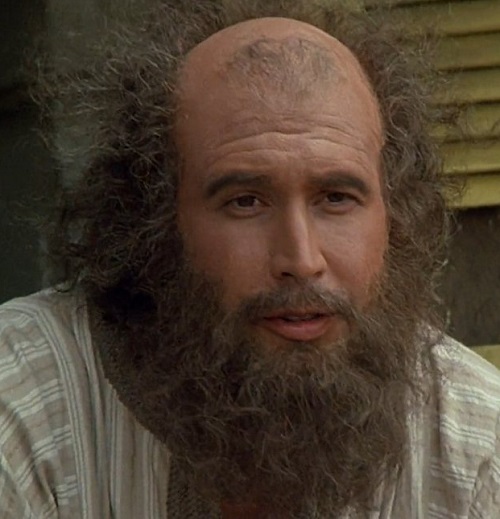 Chase’s Fletch dons a number of disguises throughout the movie, but the most elaborate comes when he roller-skates down the beach in ankle-length robes, with a shaggy beard and balding hair.

We might easily assume this was just a random disguise intended to make Chase look like any old hippy, but the look was actually modelled after a specific, well-known individual.

Chase’s look in this scene was based on Ram Dass, an influential figure from the psychedelic movement best known for his 1971 book Be Here Now.

4. It was followed by a less successful sequel 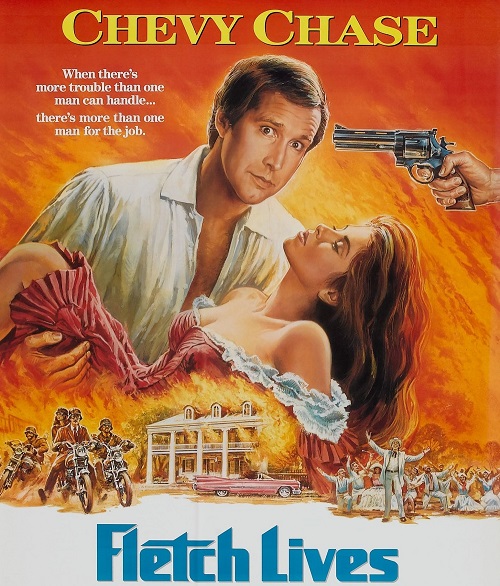 Hopes were high that Fletch could have become a long-running series, but 1989 sequel Fletch Lives didn’t prove as successful as its predecessor.

While the sequel reunited Chase with director Michael Ritchie, it failed to win over critics and audiences, and made only $39.4 million at the box office (more than $20 million less than the takings of the first film).

Strangely, Fletch Lives opted to use an entirely original story, rather than adapting another of Gregory McDonald’s novels.

3. Chevy Chase considers it his favourite of all his films 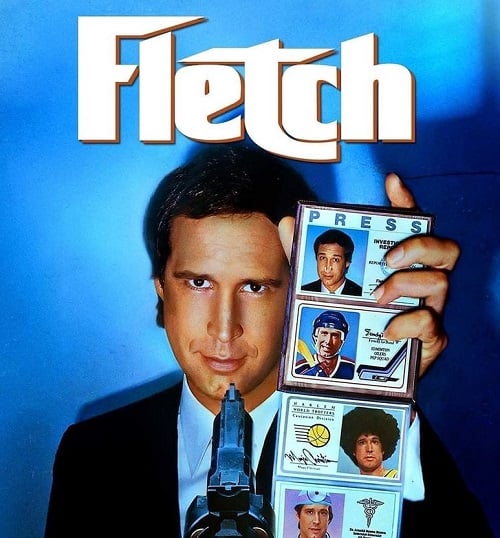 Speaking to Entertainment Weekly in a 2004 career retrospective interview, Chevy Chase named Fletch as his favourite of his own work, ranking it above such other comedy classics as Caddyshack and the Vacation movies.

Chase says of Fletch, “if anything represented my comic ability and was closest to what I’m really like, that movie is it.”

Chase explains the film made the most of his improvisational skills: “I was able to make up anything… I did most of it on the fly.”

2. Jason Lee, Ben Affleck and Zach Braff were considered to play Fletch in a prequel 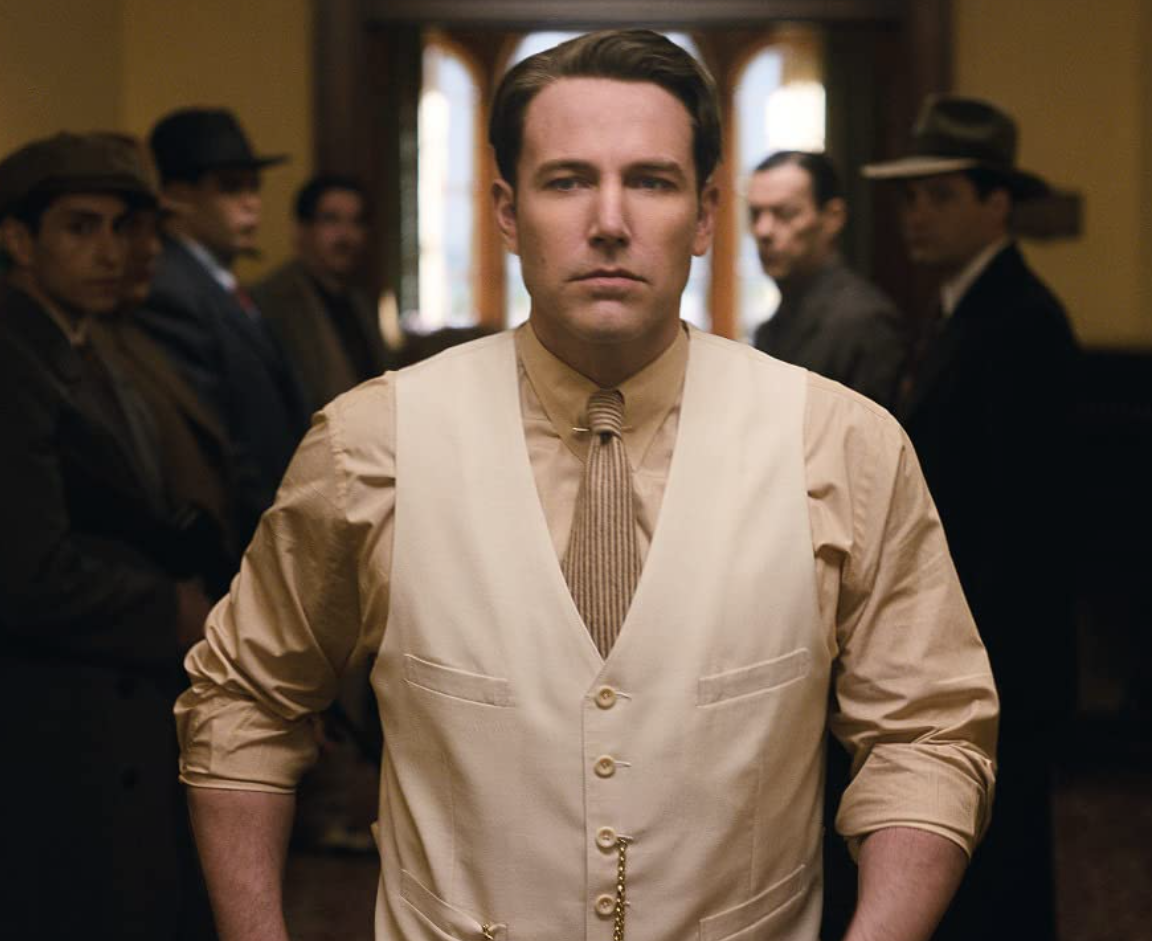 In the late 90s, writer-director Kevin Smith (Clerks, Mallrats) entered into development on what was initially meant to be a third Fletch movie starring Chase. Eventually this became a prequel based on the novel Fletch Won, to be produced by Miramax Films – and Smith wanted to cast his Mallrats leading man Jason Lee in the title role.

However, Harvey Weinstein – the now-disgraced producer who was head of Miramax at the time – wouldn’t give the go-ahead for fears Lee didn’t have the box office appeal. Subsequently, another of Smith’s frequent collaborators, the much better-known Ben Affleck, was also considered.

Ultimately the project stalled, and Smith dropped out. Afterwards, Bill Lawrence – creator of TV’s Scrubs – was linked to the project, with that show’s star Zach Braff attached as Fletch.

1. Jon Hamm is set to take the lead in a reboot 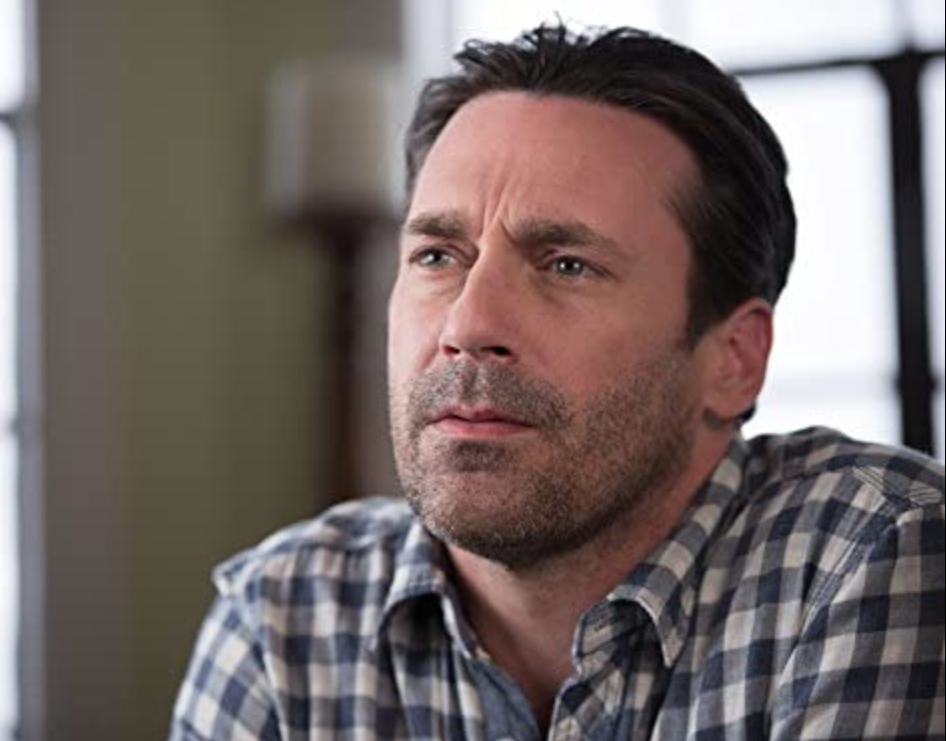 After years in development hell, a new big-screen take on Fletch is finally in the works, with Mad Men actor Jon Hamm set to play the title role.

It was announced on 15th July 2020 that Hamm will appear in an adaptation of the second Fletch novel, Confess Fletch, which will be directed by Greg Mottola (best known for Superbad and Paul).

Hamm and Mottola previously worked together on the 2016 spy spoof Keeping Up with the Joneses, which also starred Gal Gadot, Zach Galifianakis and Isla Fisher.