Mick Jagger is known around the world as the charismatic frontman of The Rolling Stones. His distinctive vocals and energetic stage presence have turned Jagger into an icon who has sold millions of records both as a Stone and a solo artist. In the 60s and 70s he was known as one of the hardest living rock stars out there, producing hit after hit while also finding the time to sleep with thousands(!) of women and spend his hard-earned cash on drink and drugs. 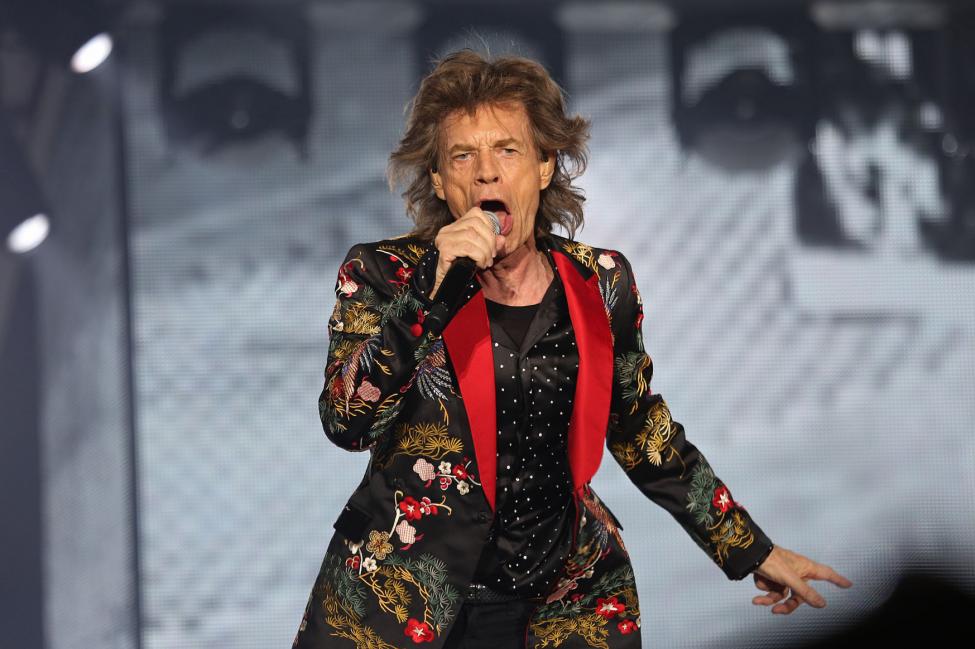 Nowadays, Jagger can usually be seen on endless Stones tours still strutting around on stage after all these years. Unfortunately, Jagger has been forced to postpone the most recent tour after struggling from some health woes, so here’s hoping the iconic frontman gets better soon.

Without further ado, why not get some Satisfaction from reading this list of 12 things you never knew about Mick Jagger? Enjoy!

12. He started playing with Keith Richards after the pair met at a train station 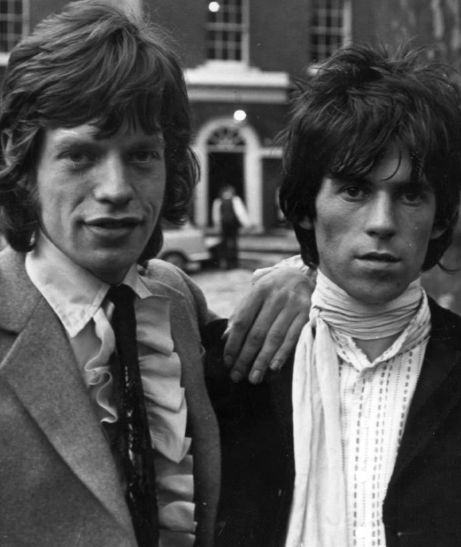 Mick Jagger has always had a love/hate relationship with his songwriting partner Keith Richards. They were founding members of the Stones and have written hundreds of hits together, despite the fact that they seem to spend most of their time slagging each other off in the press. So how did they meet?

In 1950, Richards and Jagger went to Wentworth Primary School in Dartford together. After moving to different high schools, the pair didn’t see each other again for over ten years, when they happened to meet on platform two at Dartford railway station in July 1960. After this spark encounter they bonded over a love of rhythm and blues before going on to form a band which would later become The Rolling Stones. 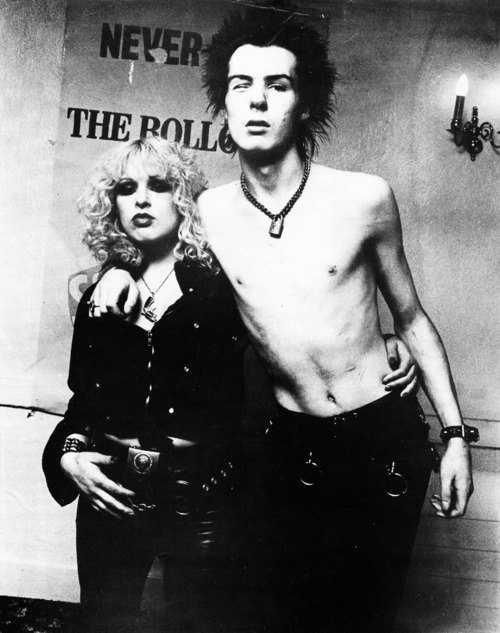 The Sex Pistols bassist Sid Vicious found himself facing murder charges after his girlfriend Nancy Spungen was found dead with a stab wound in the couple’s hotel room on 12th October, 1978. And Mick Jagger decided to secretly pay for Vicious’ lawyers himself when it became clear that band manager Malcolm McLaren wasn’t going to do anything about it.

Lead singer John Lydon once told NME:  “The only good news is that I heard Mick Jagger got in there and brought lawyers into it on Sid’s behalf because I don’t think Malcolm lifted a finger. He just didn’t know what to do. For that, I have a good liking of Mick Jagger. There was activity behind the scenes from Mick Jagger so I applaud him. He never used it to advance himself publicity-wise.”

10. Jagger was locked up in a room with Richards by their manager Andrew Loog Oldham 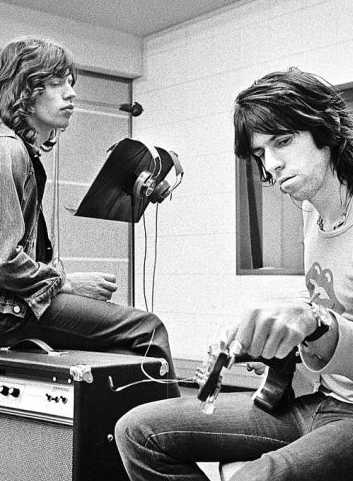 Jagger’s songwriting partnership with Keith Richards only started because their first manager, Andrew Loog Oldham, locked the pair of them in a room together! The Stones were only playing covers of blues and R&B songs when Oldham said that they would make far more money writing their own songs (like the Beatles were doing).

He promptly locked the duo in a room together until they had written a song. This track just so happened to be “As Tears Go By”, which proved to be a hit for Jagger’s future girlfriend Marianne Faithfull. Since that fateful incident, Jagger and Richards have penned two dozen top ten hits and in 1993, they were inducted into the Songwriters Hall of Fame.

9. He has eight children by five different women 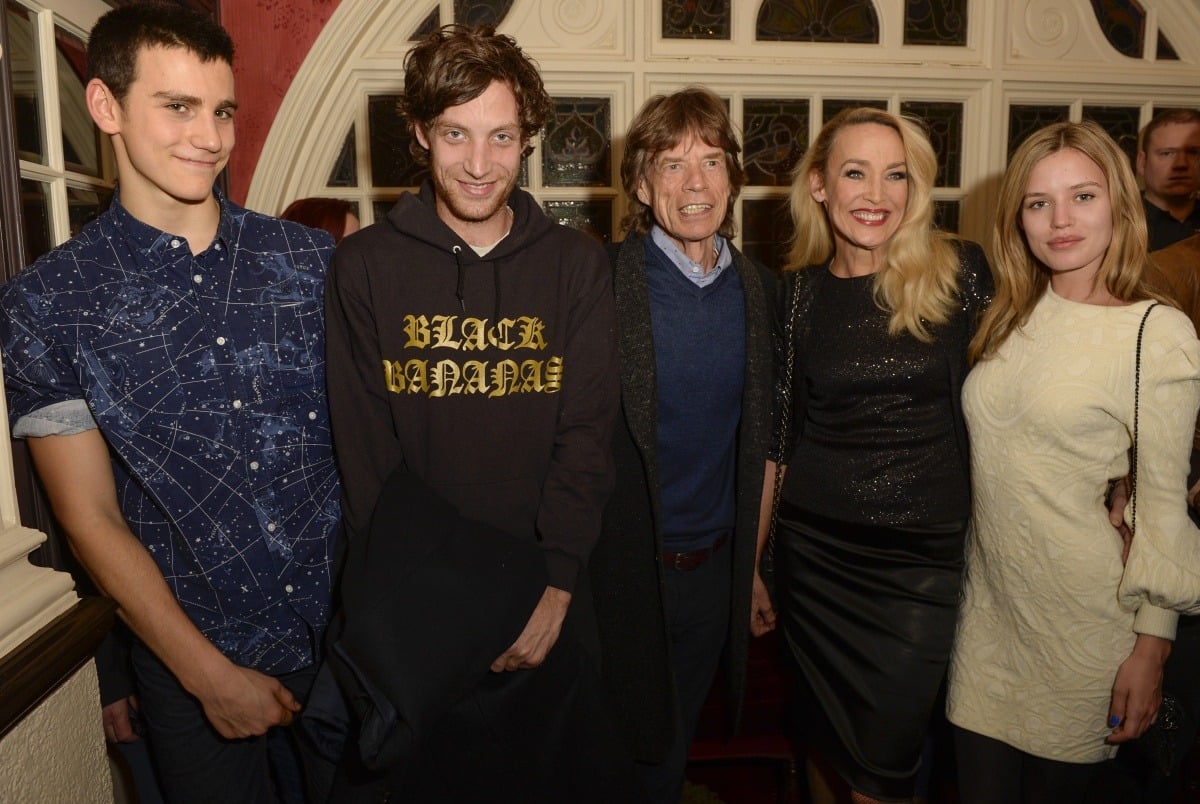 Jagger is well known for his love of women. And there have never been any worries surrounding the Stones’ frontman fertility either – he currently has eight children with five different women. Four of his children were conceived with Jerry Hall, while the other Jagger mothers include Marsha Hunt, Bianca Jagger, Luciana Gimenez Morad and Melanie Hamrick.

The randy rocker also has five grandchildren and a great-granddaughter too (Jade Jagger’s daughter Assisi gave birth to a daughter in 2014). This means that Jagger’s most recent child, Devereaux (b. 2016), has a great-niece who is older than he is.

8. He once bought a multi-million dollar mansion while high on acid 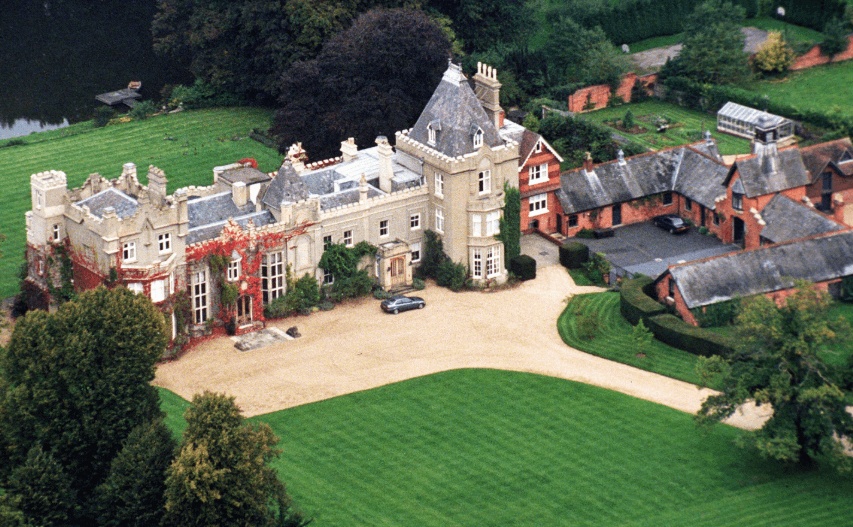 Jagger allegedly bought the infamous “Stargroves” manor in Hampshire while high on acid. He purchased the colossal house in the 1970s after coming back to England from a hugely successful world tour, but Jagger was still high on drugs when he handed over a ton of cash for Stargroves.

According to an unauthorised biography, Jagger nearly fell off a horse while pretending to be lord of the manor on his new estate: “Having never ridden a horse before, he leapt on to a stallion, whereupon it reared and roared off ‘like a Ferrari’. He gave the stallion a thump on the forehead right between the eyes and slowed it down — otherwise the Stones’ story might have ended differently.”

7. His younger brother Chris is also an actor and musician 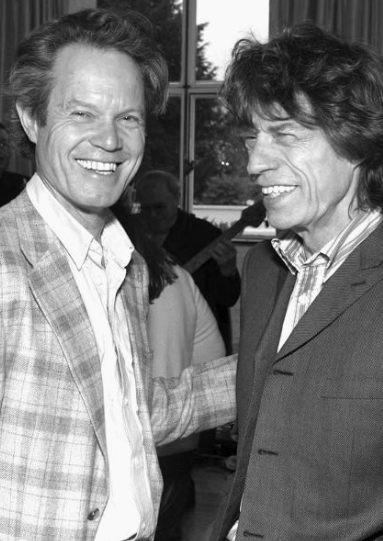 Jagger actually has a younger brother named Chris (b. 1947) who also works as a musician and actor. The two get on extremely well and have even collaborated on a few projects together. The Jaggers worked together on two Stones albums – Dirty Work and Steel Wheels – as well as some of Chris’ solo albums.

6. He hasn’t really returned to the UK since the early 70s 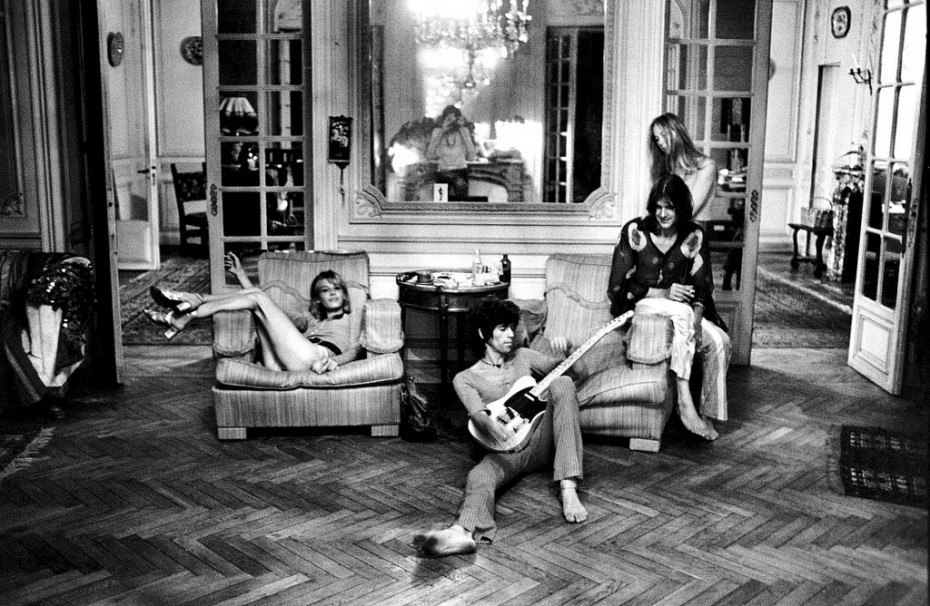 The Rolling Stones famously moved to the south of France in 1971 to protest England’s high tax rate. And Jagger has never officially returned to his homeland since then, in order to avoid paying too many levies. The Rolling Stones’ business is conducted through a series of Dutch banks (where royalties are not taxed) and the Caribbean, which enjoys a low tax rate.

5. He was supposedly talked into accepting his knighthood by Tony Blair 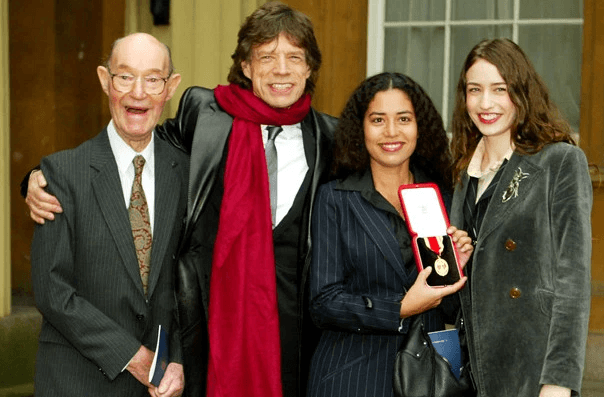 Jagger received a knighthood from the Queen in 2003, but it didn’t really go down very well in some rock and roll circles. And the most vocal critic of all was none other than Keith Richards, who stated “that’s not really what the Rolling Stones is all about, is it?”. However, Jagger said that he had been talked into accepting the honour by then-Prime Minister Tony Blair.

To be honest, caving in to Tony Blair isn’t very rock and roll either!

4. He was supposed to play Alex in A Clockwork Orange

Although Jagger has made a number of minor film appearances over the years, one of the biggest roles he was ever rejected for was Alex in A Clockwork Orange. Casting directors did consider the Stones frontman, and Jagger’s fanbase tried to boost his chances by launching a petition. According to Jagger himself, he wanted to play Alex while the Stones would be the Droogs.

He also wanted The Beatles to provide the soundtrack. 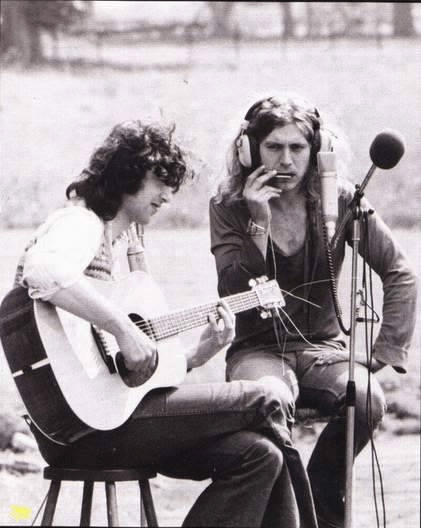 We would have loved to be a fly on the wall at Stargroves during the 1970s. The old manor house received a string of guests during Jagger’s ownership, including Bob Marley, Deep Purple and The Who – all of whom turned up to record music at the tranquil country home. Led Zeppelin spent all day at the Rolling Stones Mobile Recording Studio creating some of their biggest hits. 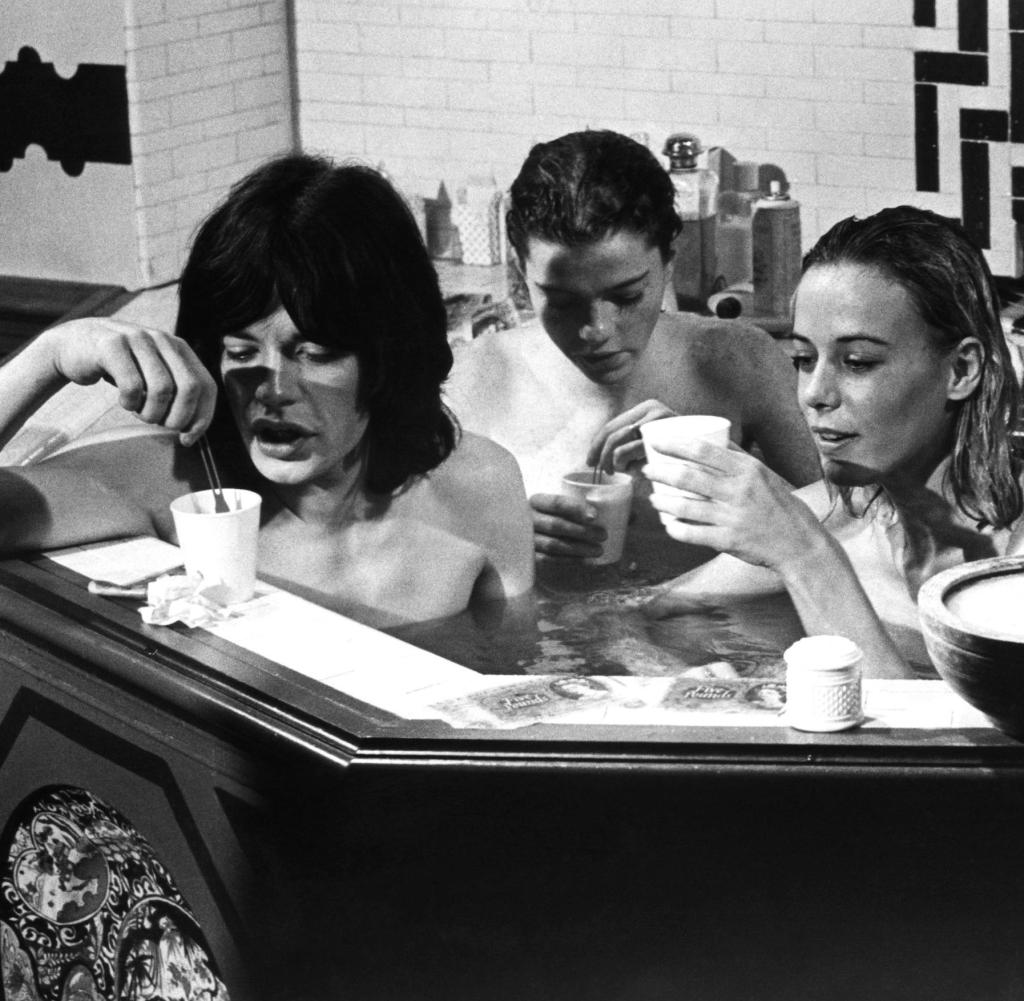 One ‘conservative’ estimate concerning Jagger’s lovers has been floating around which states that the Stones frontman has slept with over 4,000 people. Some famous names include Carly Simon, Madonna, Uma Thurman, Carla Bruni – and even David Bowie.

Jagger is one of the rumoured subjects of Simon’s “You’re So Vain” – but it seems unlikely seeing as though Jagger actually provided uncredited backing vocals on the track. It’s also been suggested that the Stones song “Angie” is really about Angie Bowie (David’s ex-wife), although Angie herself denies this.

1. His marriage to Jerry Hall was never legally binding 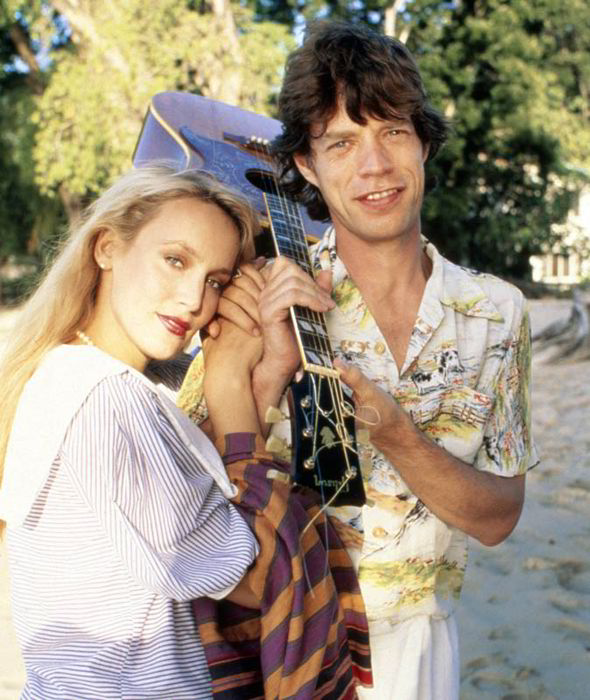 Jagger has never really been cut out for marriage, but it might surprise you to know that he’s only been legally married to one woman – Bianca Jagger. His union with Jerry Hall was actually declared null and void by a British court after Hall filed for divorce in 1998 – apparently their 1990 ‘commitment ceremony’ in Bali was not legally valid.