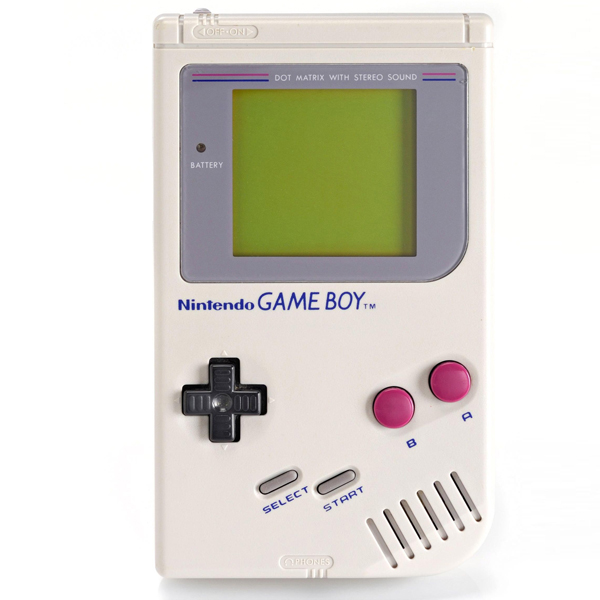 The landmark Game Boy handheld games console was released in North America and Japan in 1989, before arriving in Europe in 1990.

Developed and manufactured by Nintendo, it succeeded their Game & Watch systems and quickly became a must-have item, remaining in production until 2003. Over the course of this 14-year period, the Game Boy and its variants have sold an estimated 118 million units.

Early on in its development, the Game Boy inspired little confidence at Nintendo; initially codenamed the Dot Matrix Game (DMG) for its now-iconic green screen, the Game Boy was derisively nicknamed the 'DameGame' by employees. In Japanese, 'Dame' means lame or hopeless.

To the surprise of the naysayers, however, the Game Boy quickly became enormously successful. In Japan, the initial run of 300,000 units sold out in two weeks, while in the US, 40,000 units were sold on the very first day. Within a few weeks, American sales had summited one million.

This is despite the fact that the Game Boy was technologically inferior to its competitors. Atari's Lynx system and the Sega Game Gear would release within a few months of the Game Boy, featuring greater processing power. The Lynx even came with an ambidextrous button layout.

What stood out about the Game Boy was its remarkable durability and long battery life, with 4 AA batteries allowing for up to 15 hours of gameplay, far exceeding its competitors.

The console was the crowning achievement of Gunpei Yokoi, who had previously created the Game & Watch systems as well as several mechanical toys for Nintendo, such as the Ultra Hand. Yokoi had initially begun work at the company as a maintenance man on the assembly line.

It was on Yokoi's insistence that the Game Boy lacked a colour display in favour of a longer battery life.

The Game Boy would go on to be released in several varieties, such as the smaller Game Boy Pocket in 1996, and the Game Boy Color in 1998.

8 Handheld Game Consoles All 80s Kids Wanted To Own!

Nintendo Game Boy Vs Sega Game Gear – Which Was Your Favourite?

Do You Own Any Of These Computer Games That Sell For Big Money On Ebay?

9 Gadgets And Toys That Will Make You Remember How Great Your Childhood Was!

10 Memorable Gadgets That Launched Our Love For Technology

10 Toys That You Had To Have For Your Birthday!