8 Handheld Game Consoles All 80s Kids Wanted To Own!

A handheld game console is a portable video game console that has its own built in screen, speakers and controls. The very first was ‘Auto Race’ by Mattel, released all the way back in 1976, and whilst you’re unlikely to remember that, you definitely will be salivating with nostalgia over some of the consoles listed below! 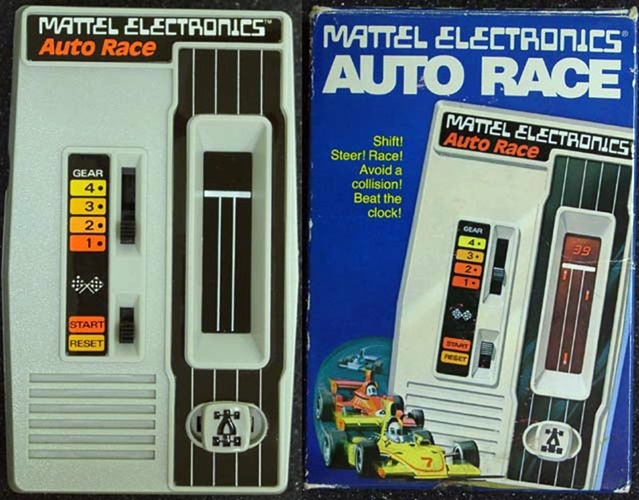 Below are 8 handheld game consoles we believe all 80s kids wanted to own, and we would also love to hear your handheld gaming memories. Be sure to post a comment letting us know how many you managed to get your grubby little childhood hands on, as well as telling us which one was your very favourite!

And be sure to share this post with your fellow 80s kids, so that they too can take a nostalgic look back at these legendary game consoles from years gone by! 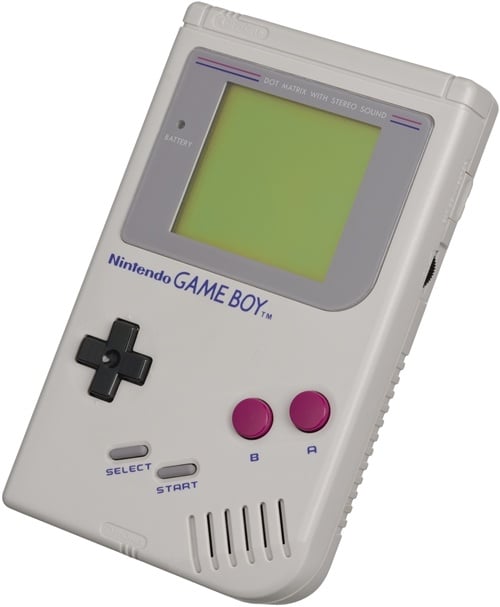 Nintendo’s Game Boy console was released in Japan on 21st April 1989, a date which also happened to be Nintendo’s 100th anniversary. It went on to be released in North America on 31st July 1989, and in Europe on 28th September 1990.

The Game Boy went up against Sega’s Game Gear, Atari’s Lynx, and NEC’s TurboExpress, and it outsold them all by a mile. The Game Boy’s entire original shipment of one million units sold out within a few weeks in the US, and it, along with its successor the Game Boy Color, has sold a total of over 118 million units worldwide. 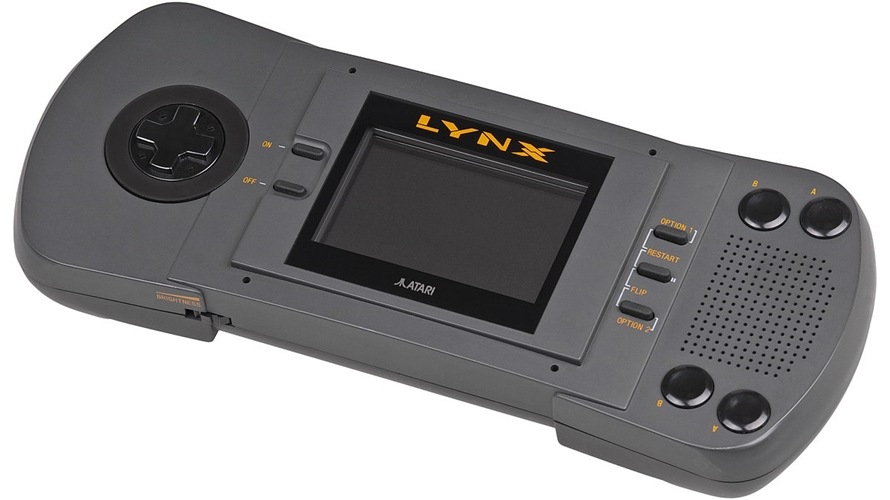 The Atari Lynx, released in 1989, was the first ever colour handheld console, as well as the first that had a back-lit screen. It also came with a number of other features, such as networking support for up to 18 players, and the ability to turn it upside down to support left handed players.

Sadly the Lynx was rather expensive as well as having a short battery life and a poor choice of games to play on it, meaning that it was eventually considered to be a commercial failure. 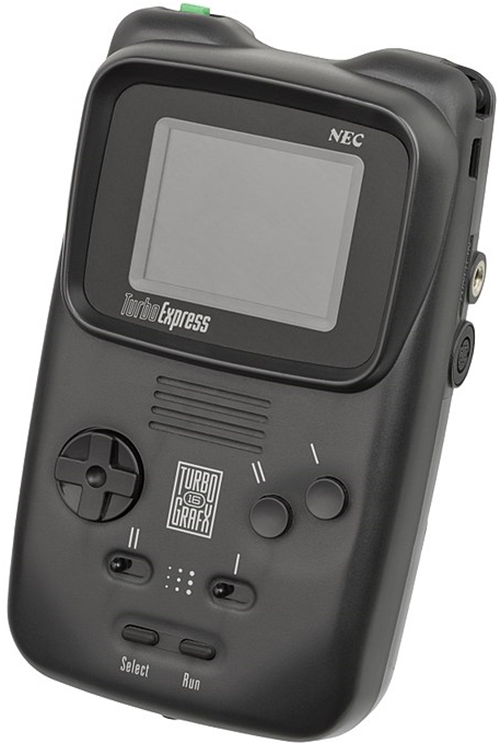 Does anyone remember NEC’s TurboExpress, released in 1990? It was the most advanced handheld game console of its time, and was able to play all the TurboGrafx-16’s games.

It was also released as the ‘PC Engine GT’ in Japan, but sadly it only sold 1.5 million units, leaving it far behind the sales figures of Sega’s Game Gear and the Atari Lynx, its two main competitors. 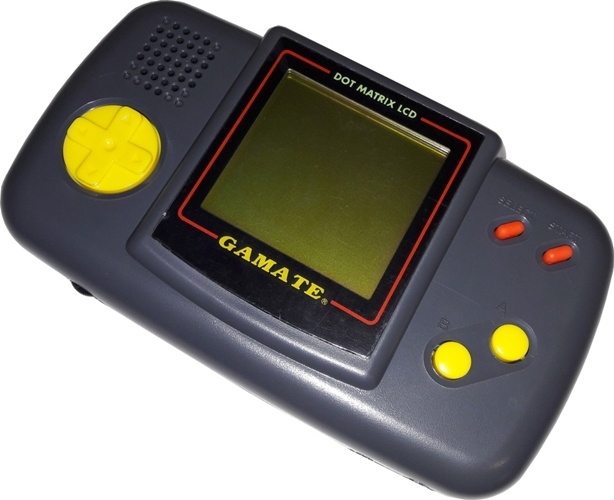 Did any of you manage to get your hands on a Gamate? It could not compete with the number of Game Boys being sold, but it does still hold some interest with collectors.

Only around 70 games were ever produced for the Gamate, and it is one of those consoles that seems to have slipped under the radar as the years have gone on. 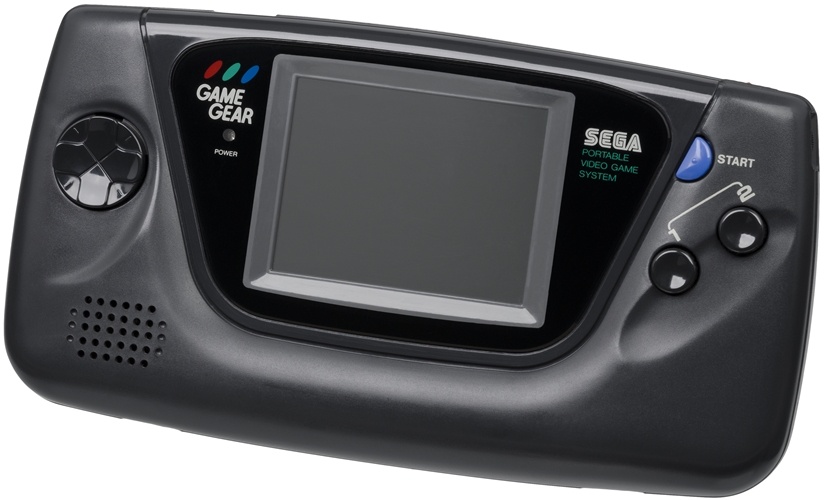 Sega are a Japanese computer game developer and publisher, with headquarters in Tokyo, Japan and offices all around the world. They are known for publishing a number of multi-million selling game franchises, the most notable of course being Sonic the Hedgehog.

The Game Gear was Sega’s third color handheld console and was released in Japan in 1990 and in North America and Europe in 1991. Like every other handheld console, it couldn’t compete with Nintendo’s Game Boy, but it did last longer than other rivals, leading to Sega briefly considering a follow up. 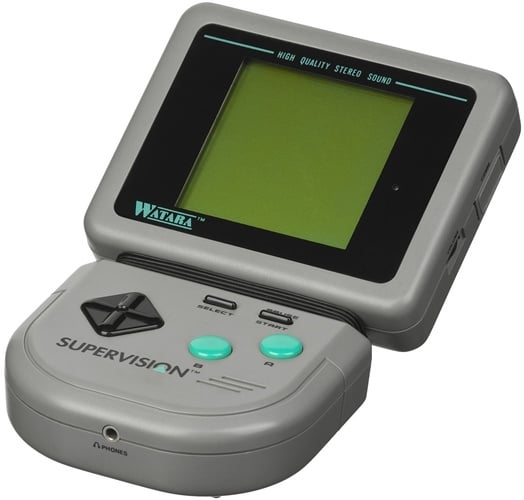 The Watara Supervision was released in 1992, and in an attempt to compete with the Nintendo Game Boy it had a very similar design.

Although it was moderately successful, like all the other competitors it couldn’t match the Game Boy’s sales figures. 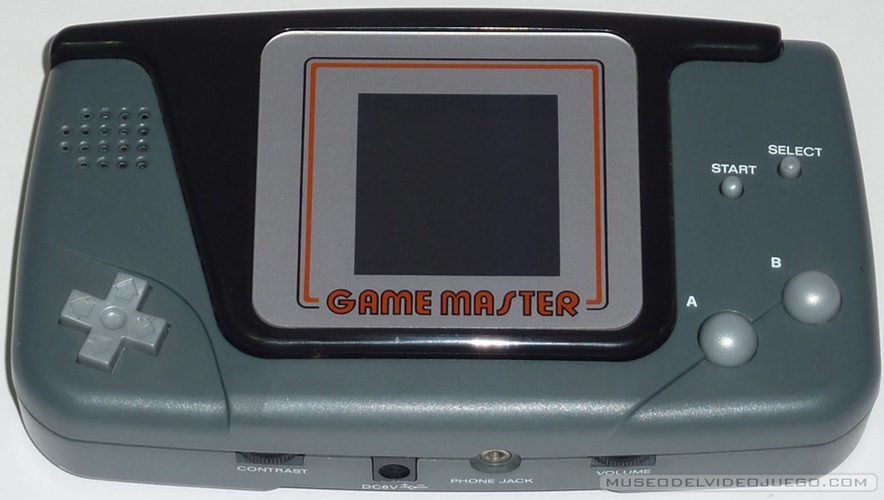 Surely none of you remember the Hartung Game Master? It was extremely obscure and is pretty hard for collectors to come by.

The Hartung Game Master was available in black, white, and purple, and is thought to have only had around 20 games to play on it. 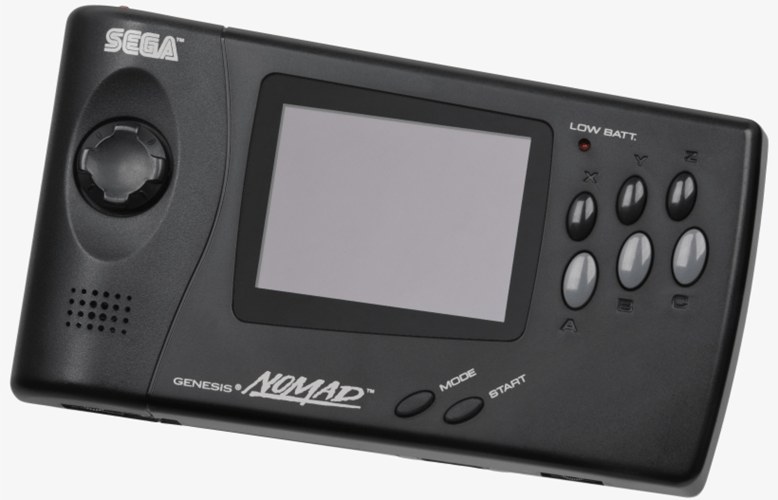 The Sega Nomad, also known as the Genesis Nomad, was a portable version of of Sega’s ‘Genesis’ home console.

Sega released a number of computer games consoles between 1983 to 2001, but after incurring significant financial losses after the release of it’s brilliant but ill-fated ‘Dreamcast’ console, they decided instead to focus on providing software as a third-party developer. They do however still remain the world’s most prolific producer of arcade cabinets, having created over 500 games in 70 franchises since 1981.