9 Gadgets And Toys That Will Make You Remember How Great Your Childhood Was!

As someone who grew up in the 80s, I learned to appreciate the simpler things in life. Growing up in time when home computers were incredibly basic and would take 15 minutes to load a game from a cassette before crashing, mobile phones just meant a home phone with a longer wire so you could walk out in to the hall with it – just – for a bit of privacy, films still had practical effects with no CGI so actually looked a lot better for the most part, and the World Wide Web was more likely to be some cheesy B movie about killer spiders from outer space!

But we were happy, we didn’t need the Internet, or mobile phones to have fun. We’d either arrange to meet our friends, have time with the family (nothing like arguing over whether to watch TV or a video then rowing because someone forgot to rewind the video anyway!), or we would spend time at home making our own fun with one of these classic gadgets and toys. How many did you own and which can you remember? Let us know in the comments!

Basically a Slush-Puppy you could make at home, with a little penguin to fill with the flavouring for the crushed ice. The one we had didn’t ever work how it looked in the adverts, and it would seem to take a freezer full of ice cubes to make half a cup full of slush, but we always pretended it was the best thing ever nonetheless!

Still available now, but it just really looked the part in the 80s, especially those stylish bottles! With loads of flavours to choose from, the standard big brands but also some specialist drinks such as “Witch’s Brew” which was just a fruity concoction but brightly coloured to make you think it really was special!

The programmable vehicle, set it to go forward 9, turn right, go forward 7, turn left, go backwards 10. It would work pretty well too, but never quite as well as the adverts suggested, but was an amazing gizmo for the time.

The Nintendo Game Boy was a classic that provided pure and simple entertainment. How could a simple monochrome Green and black display manage to provide so much fun, with characters such as Mario and Wario being brought to life with vivid personality, and who can forget the classic Tetris which has become one one of the biggest selling games of all time?

Don’t worry – that’s not a real baby before we get any complaints! The monster truck toy that could climb over pretty much anything, this thing was great! Set it off then sit with your legs in front of it and see it climb over you with no effort. Thanks to the way it was split in to segments, it struggled to get upstairs but could come down them easily and looked great doing so!

Nintendo’s range of games, all different, with plenty of licenced characters like Snoopy Tennis and some Mario games. Some were better than others but these were fantastic to have on a long journey, and could help those long drives to see the grandparents go that little bit faster. 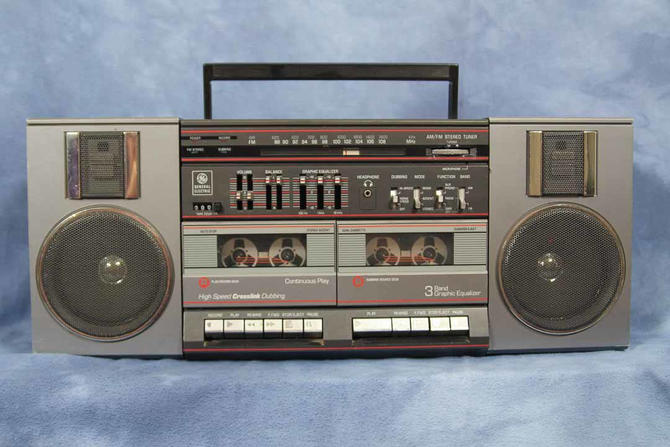 I’ll never forget the junior school playtime when my elder brother turned up sciving off from seniors and came to see me blasting out some cheesy 80s pop tunes at full volume walking across the field – I felt so proud!

One of the defining gadgets of the 80s, the Walkman was a classic and everyone would have their own “mix tape” to play as they walked round with the (not so) subtle headphones stuck to the side of their head, usually with bright orange foam pads on them, but god did people think they looked trendy!

So which of these do you remember? Which did you have or still have today? Which make you yearn to have the good old days back and what have we missed off the list? Let us know in the comments!