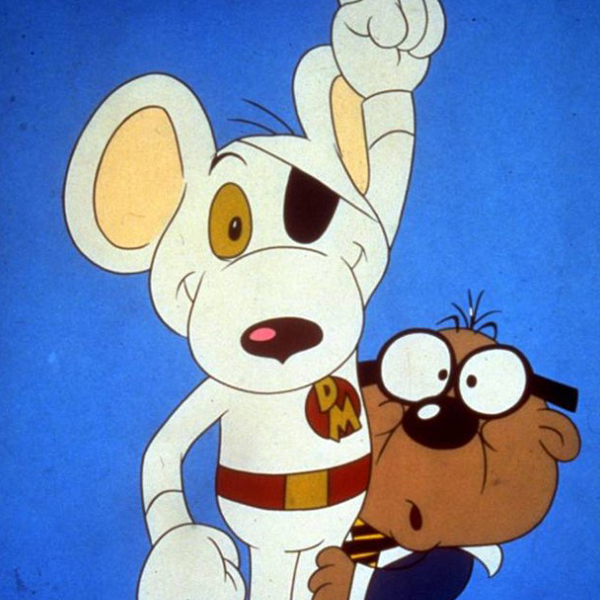 The United Kingdom has a long and proud tradition of screen adventures centred on secret agents, and beloved animated series Danger Mouse delighted in both continuing this tradition and royally sending it up.

Created by Brian Cosgrove and Mark Hall (whose previous cartoon work included 70s hits Chorlton and the Wheelies and Jamie and the Magic Torch), Danger Mouse was launched in 1981. The title character - a rodent variation on Patrick McGoohan’s 60s TV hero Danger Man - is a white furred, eyepatch-wearing secret agent who lives in a secret hideout under a Central London pillar box.

Alongside his timid hamster sidekick Penfold, DM embarks on all manner of perilous missions to save the world, under orders of the hirsute Colonel K. Invariably these missions involve thwarting the villainous schemes of the toad Baron Greenback, and his crow henchman Stiletto.

Danger Mouse announced Cosgrove Hall Films as arguably the dominant force in British 2D animation at the time. As well as its charming animation, the series had an ace up its sleeve in David Jason, who voiced the title character. 1981 was a big year for the actor, as it also saw him debut his signature role of Del Boy in sitcom Only Fools and Horses. Jason would work with Cosgrove Hall on many of their other shows, including The Wind in the Willows and Danger Mouse spin-off Count Duckula.

12 Of Our Favourite David Jason Characters