We all loved a good cartoon growing up, and we all had our favourite heroes like He-Man, Lion-O and Optimus Prime. But what did they all have in common? That’s right, they had arch enemies who were, in their own way, every bit as loveable – if only because we loved to hate them! Here’s our pick of the top 10 baddies from 80s cartoons, who we never got tired of booing every episode.

10. Skeletor (He-Man and the Masters of the Universe) 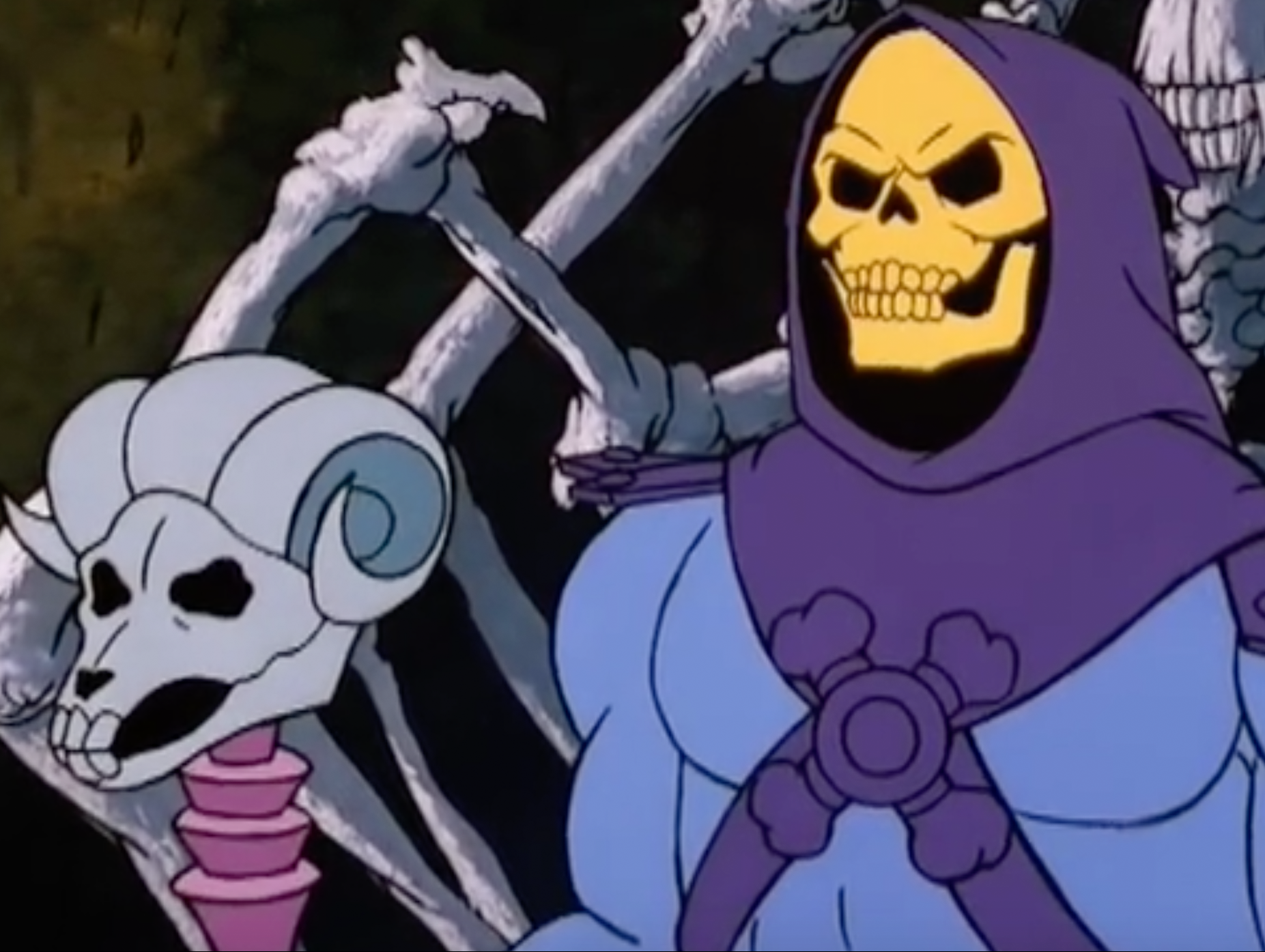 Can we really start anywhere else? The skull-faced lord of Snake Mountain was the arch-nemesis of the mighty He-Man, locked in eternal battle in the hopes of gaining control of the far-off planet Eternia’s centre of power, the mysterious Castle Grayskull.

Skeletor may have had an extremely creepy name and design, but watching the show now it’s easy to see how they kept him fairly tame to make sure he didn’t frighten young kids. And oh, how we giggled (and still do!) every time he sneered “whaaat?” or “you boob!” 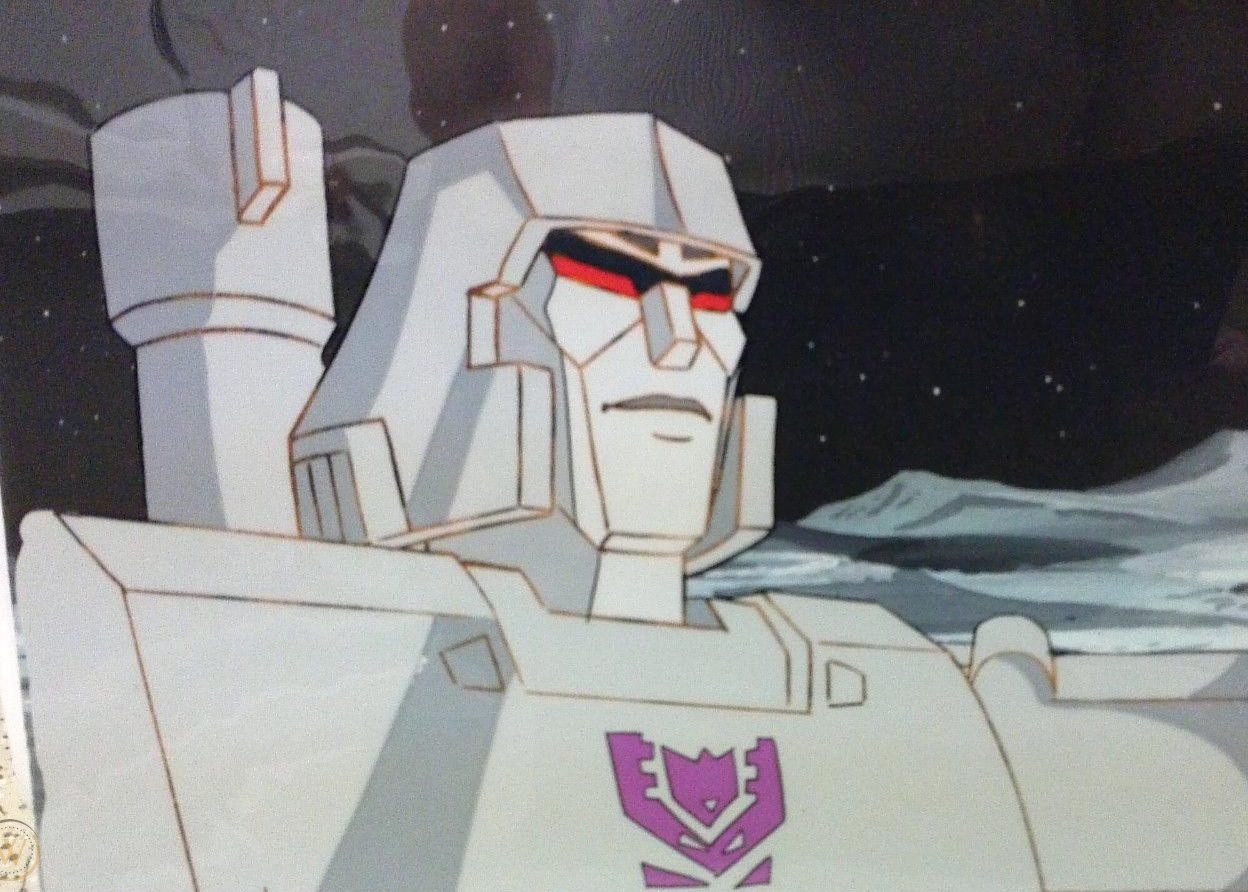 The polar opposite of heroic Autobot leader Optimus Prime, Megatron was the leader of the evil Decepticons, which pretty much made him the most fearsome pile of metal in the galaxy.

Still, after a while many viewers realised Megatron was pretty weak as a Transformer, as he turned into a gun which then had to be picked up and fired by someone else! And why did he shrink when almost none of the other Transformers did? 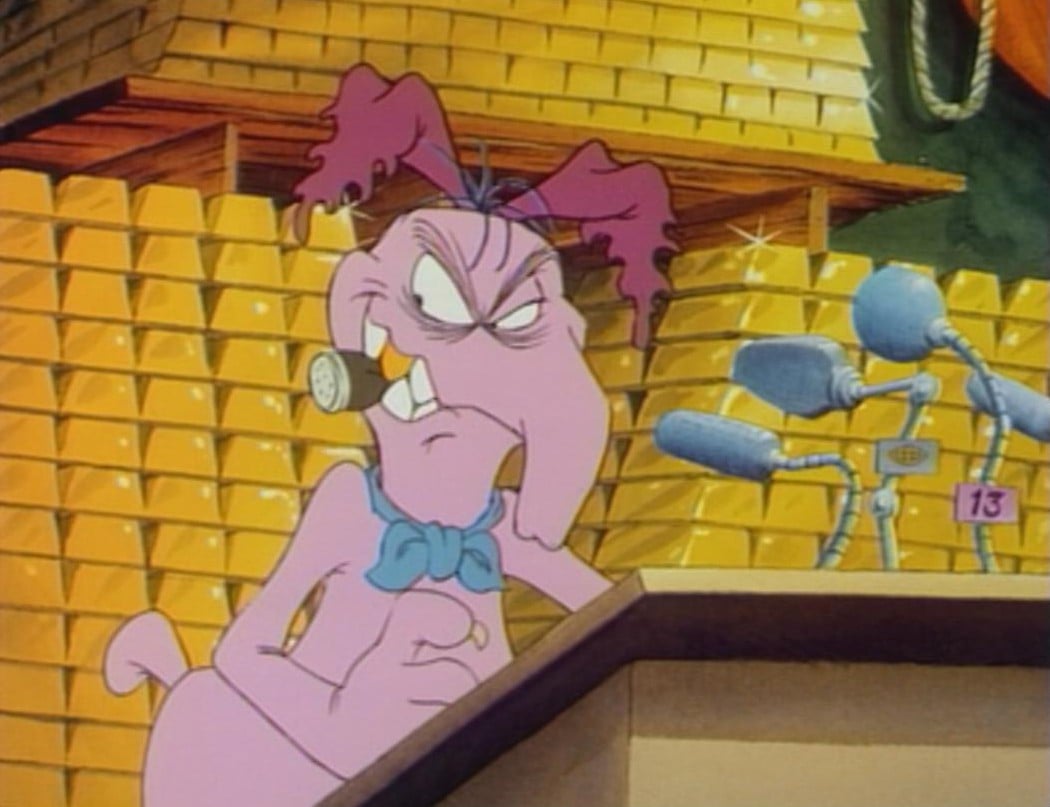 Although younger viewers didn’t necessarily pick up on it at the time, The Raccoons was one of the first kids’ shows to really push an environmentalist message. While the friendly black-and-white critters of the title lived happily at balance with nature, this was threatened by Cyril Sneer.

A greedy industrialist who thought nothing of tearing down the forest to make money, Sneer turned a whole generation of viewers against aardvarks. (Also, in a move that would never fly in a kids’ show today, he always had a cigar in the corner of his mouth.) 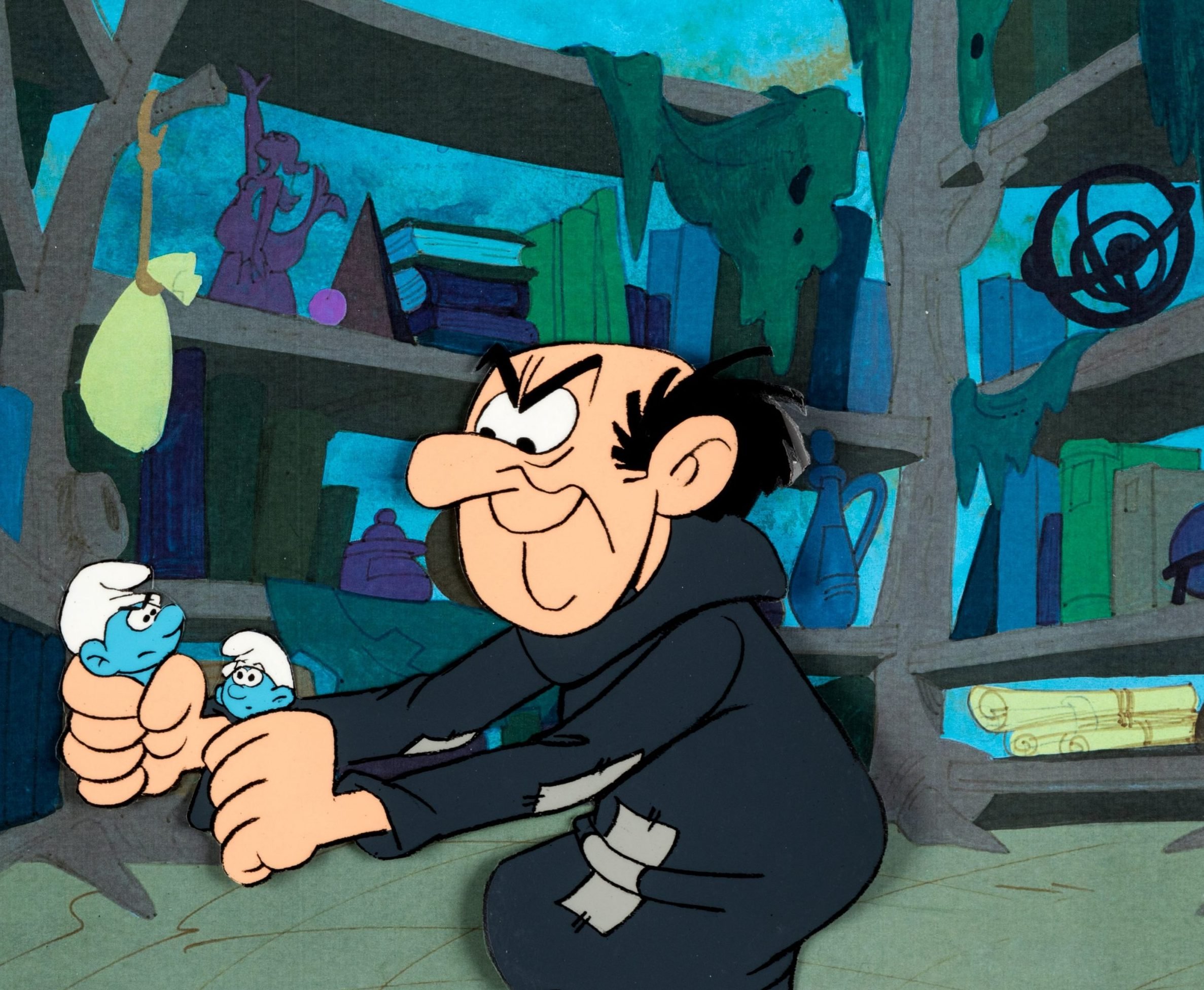 Who couldn’t love those adorable little blue guys the Smurfs? Gargamel, that’s who! The evil wizard was the arch-enemy of all of Smurfdom, whose life ambition was to get his hands on the Smurfs and turn them into gold.

As if this wasn’t reason enough for us to hate Gargramel, he was also always cruel to his pet cat Azrael, hence the mangy feline usually taking pleasure in seeing his master fail. 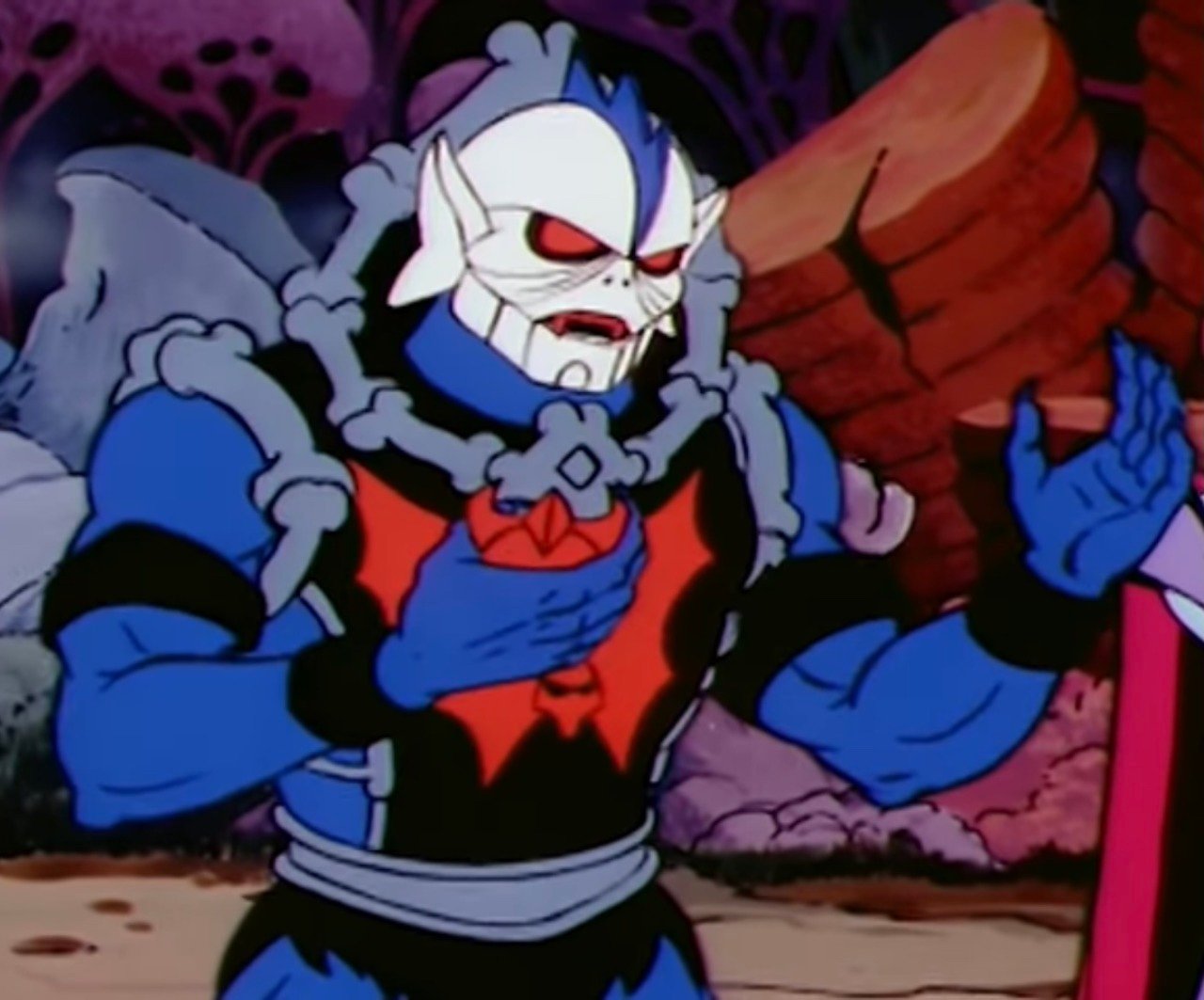 When He-Man’s sister She-Ra was introduced, she got her own Skeletor in the form of Hordak, the similarly bone-faced leader of the brutal Horde who rule Eternia’s twin planet Etheria with an iron fist.

She-Ra and Hordak’s relationship had an interesting twist, as the Princess of Power’s alter ego Adora was abducted by Hordak as a baby and raised as part of the Horde, who made her believe that they were benevolent.

5. Cardinal Richelieu (Dogtanian and the Muskehounds) 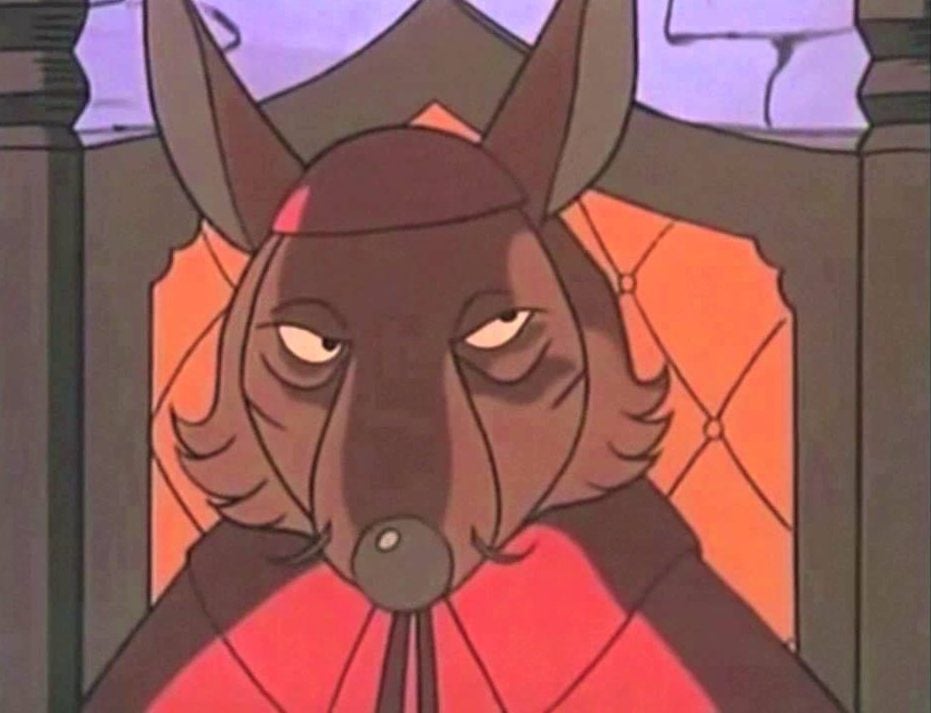 Based on the real-life historical figure and immortalised by legendary author Alexandre Dumas, Cardinal Richelieu is one of the most hissable villains of all time – even in dog form!

We didn’t know it at the time, but Dogtanian and the Muskehounds was a surprisingly faithful retelling of Dumas’ novel The Three Musketeers, with our canine heroes constantly working to foil the plans of the devious Richelieu. 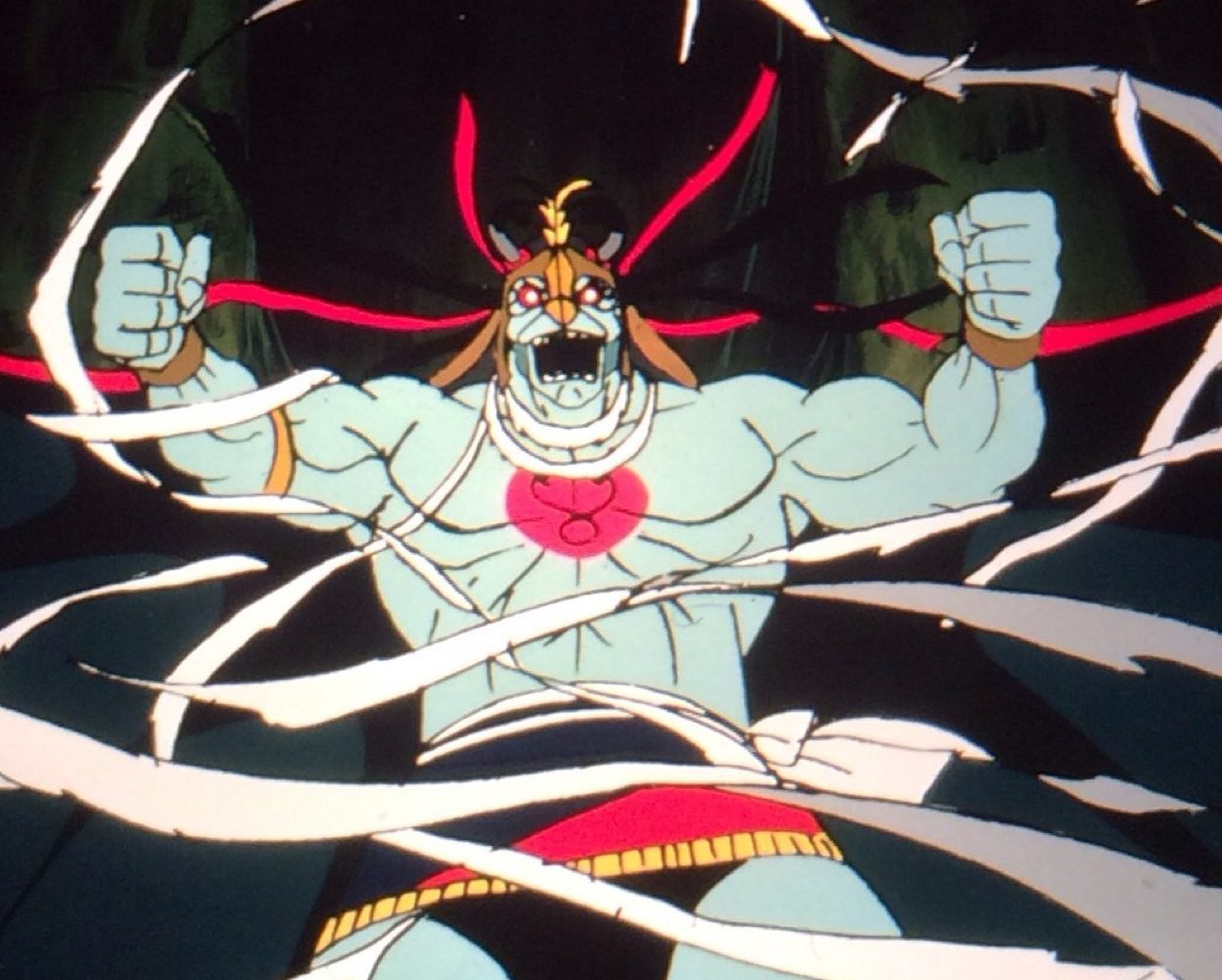 Almost as soon as our heroes the ThunderCats found a new home on Third Earth, they found themselves at loggerheads with undead sorcerer Mumm-Ra, The Ever-Living.

Probably the scariest bad guy in 80s American cartoons, Mumm-Ra had the rare advantage of being super creepy both as a decrepit old mummy, and as the hulking, snake-headed beast he turned himself into. 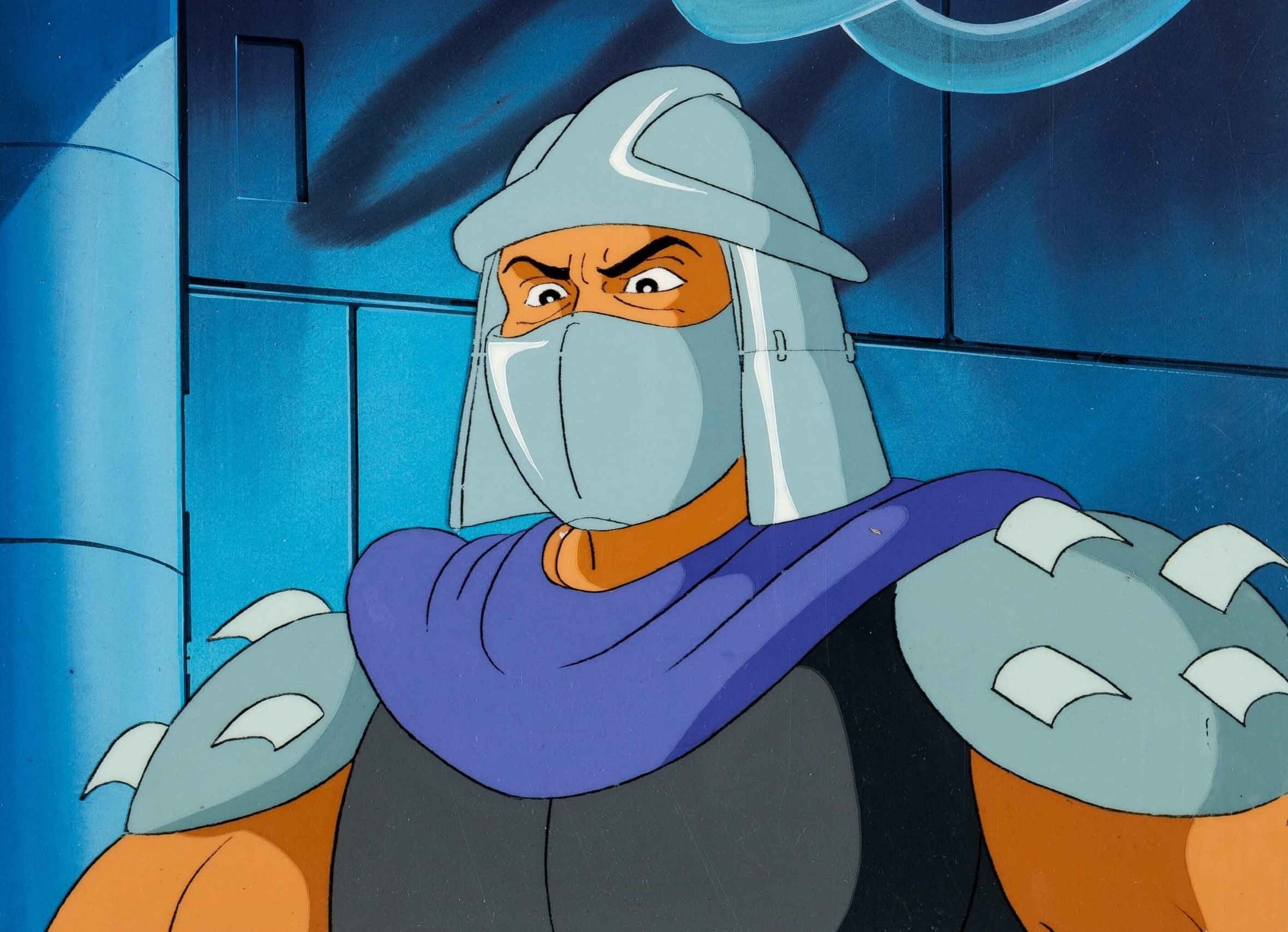 The heavily armoured leader of the evil Foot Clan, ninja master Shredder was the arch nemesis of our beloved Turtles – but the heroes in a half shell always gave as good as they got from the old chrome-dome!

However, in later years we could never think of Shredder in quite the same way once we learned his voice was provided by James Avery, who would later play Uncle Phil on The Fresh Prince of Bel-Air. 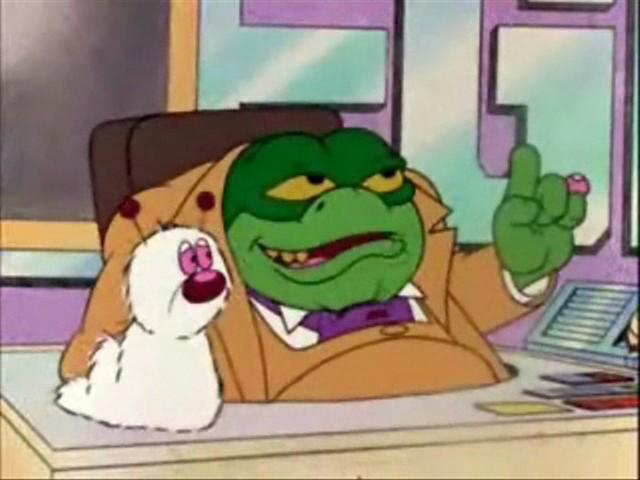 Danger Mouse is a firm contender for the best-loved cartoon series to be produced in Great Britain in the 80s. The title character and his trusty sidekick Penfold have a lot to do with the show’s enduring popularity, but so too does its villain.

A play on classic James Bond villain Blofeld, Baron Greenback was a criminal mastermind toad who petted a white caterpillar rather than the traditional cat. How many of us got sore throats attempting to imitate his distinctive croaky voice? 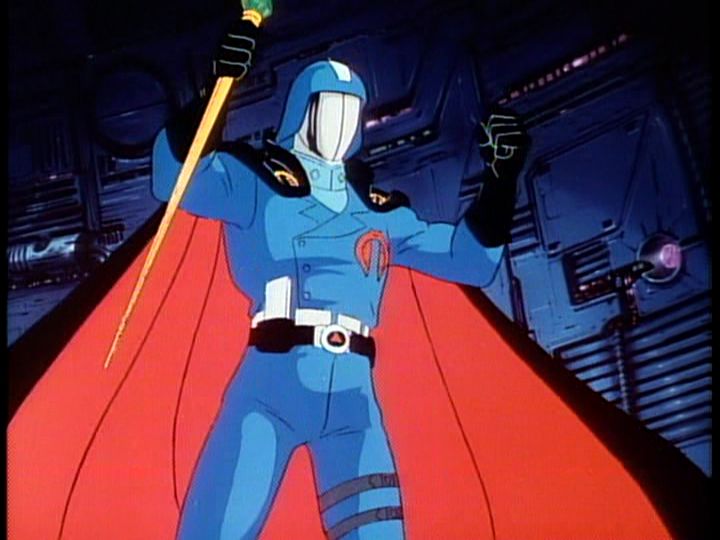 GI Joe were, of course, real American heroes – but they wouldn’t have had much to do without their arch enemies Cobra giving them trouble. And the worst villain of the lot was of course the big boss himself, Cobra Commander.

His distinctive uniform, red cape and sceptre made him stand apart, but the real novelty was that Cobra Commander’s face always remained hidden, letting our young imaginations work overtime.