10 Actors Who Seriously Injured Themselves To Win An Oscar

Acting may take years of studying and training to master, but high up on the list of ‘world’s most dangerous jobs’ the profession most certainly isn’t. In fact, once performers reach a certain level of fame, it’s one of the cushiest jobs in the world. Still, living comfortably isn’t what wins actors awards. The opposite is true: the greater the effort and/or pain, the more likely a thesp is to score a trophy. Here are ten actors who went above and beyond to win an Oscar, actively injuring themselves in the name of the craft.

10. Daniel Day-Lewis accidentally fell down a mineshaft shooting There Will Be Blood

Writer-director Paul Thomas Anderson’s acclaimed 2007 drama There Will Be Blood tells the dark tale of increasingly barmy American oil prospector Daniel Plainview, played by Daniel Day-Lewis. For the opening scene in which Plainview searches for a lump of silver in the California desert, Day-Lewis had to climb down an actual mineshaft – and fell 50 feet, breaking two ribs.

Anderson described this as “a good sign”; after all, Day-Lewis broke some ribs playing Christy Brown in My Left Foot, and ultimately won the Oscar. And so it went again for There Will Be Blood, which landed Day-Lewis his second of his three Best Actor Oscars (making him the only actor to date to win that award three times).

9. Tom Hanks may have given himself diabetes gaining and losing weight for Philadelphia and Cast Away 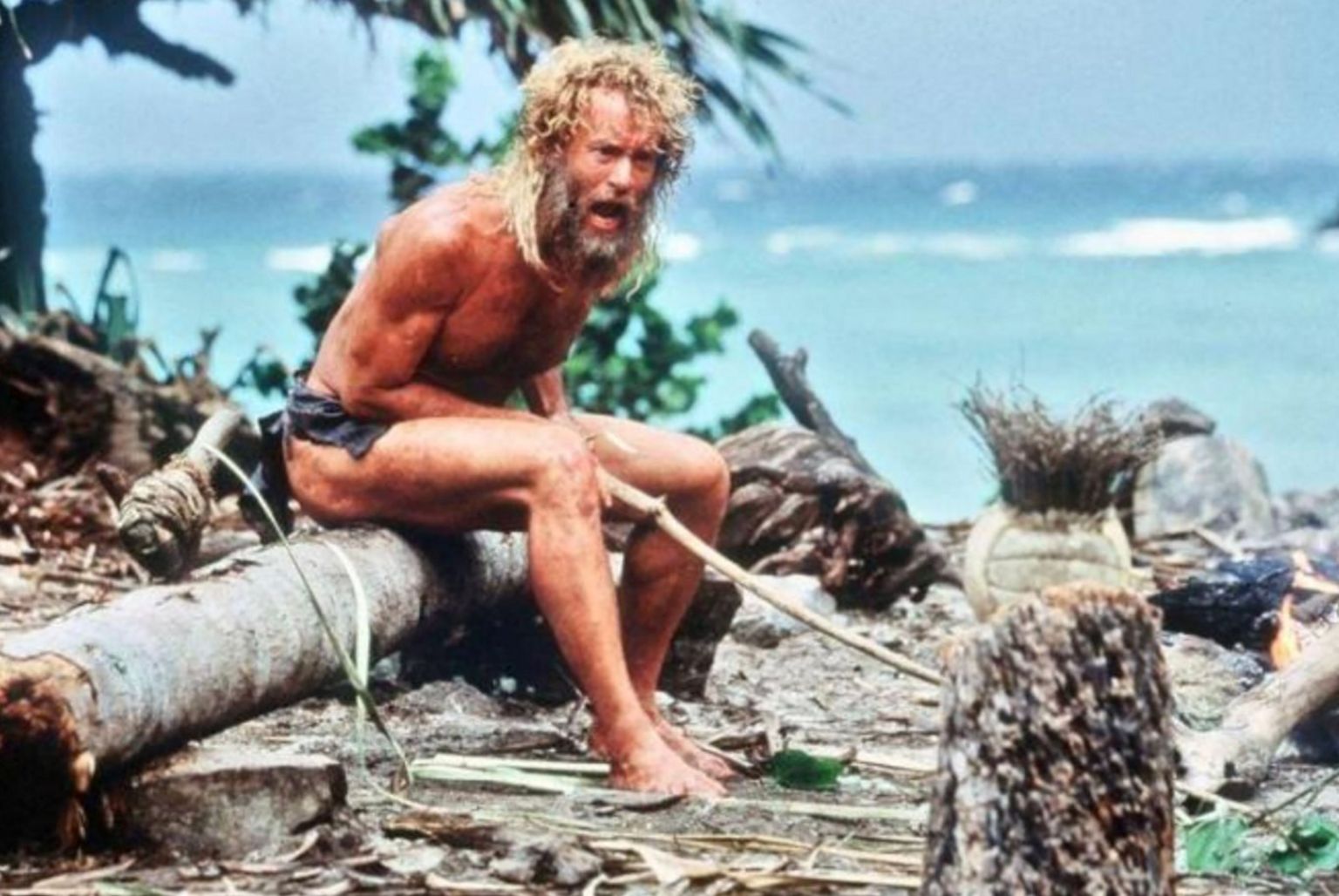 Tom Hanks famously won his first Best Actor Oscar for Philadelphia in 1994, and seven years later he was nominated for that same award for Cast Away. While both these films helped cement Hanks as a film legend, they may have done him very real physical damage, as in 2013 Hanks (then just 57) revealed he’d recently been diagnosed with type 2 diabetes.

Although Hanks has suffered with “high blood sugar numbers” since he was 36, the actor believes his commitment to extreme acting has only contributed to his condition. For Philadelphia, in which Hanks plays a man afflicted with AIDS, the actor quickly shed almost 30 pounds. His Cast Away diet was more extreme: after first piling on the pounds to play an overweight FedEx worker, Hanks then lost it all and then some to play the man after he’s been stranded on a desert island for four years. In all, he lost 55 pounds.

8. Matthew McConaughey lost so much weight for Dallas Buyers Club he started to lose his vision 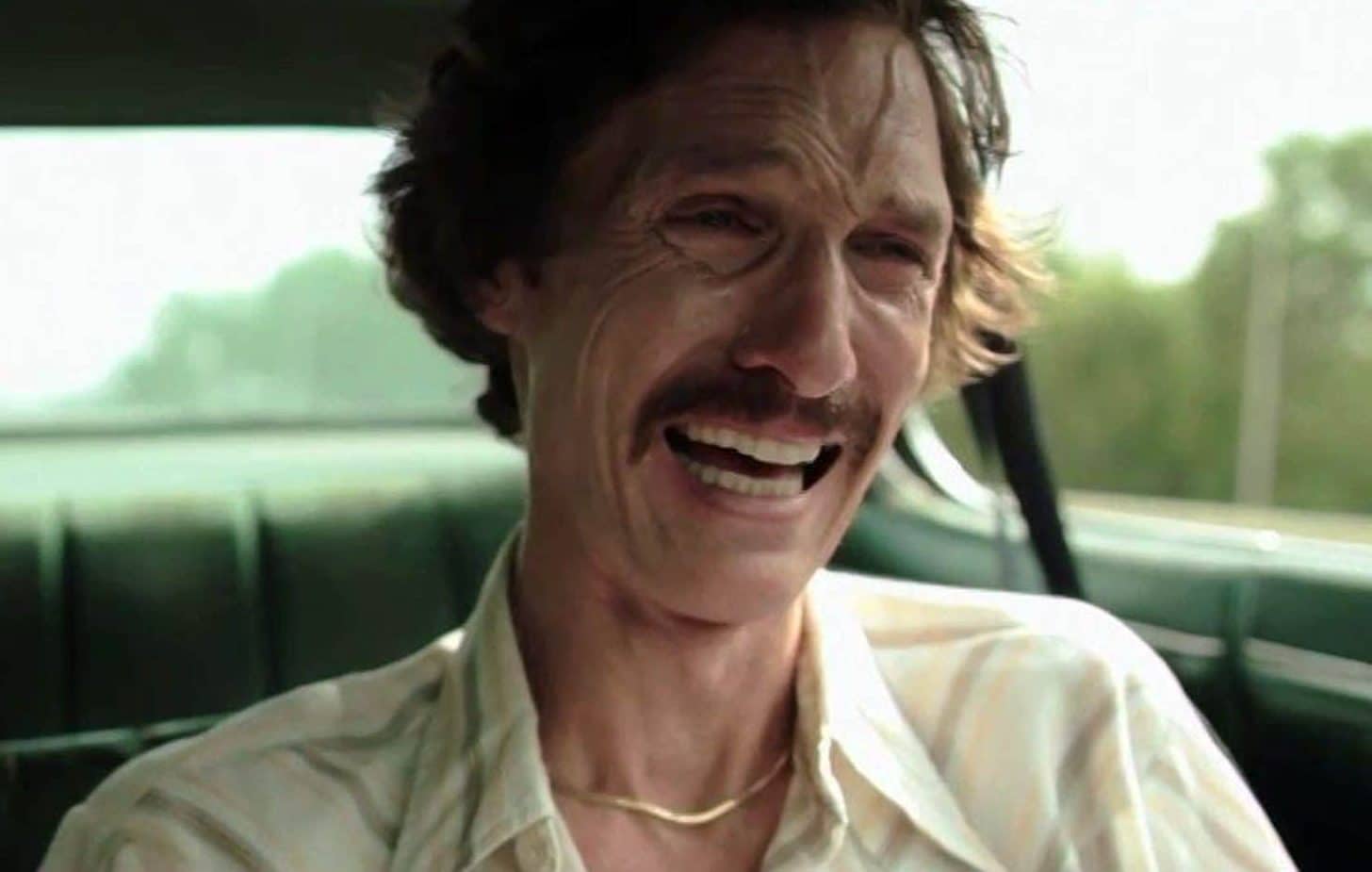 Dallas Buyers Club cast Matthew McConaughey as Ron Woodroof, a man left sick and emaciated from the AIDS virus. At the time of casting, McConaughey was his usual buff self, so getting into more ‘appropriate’ shape meant serious weight loss. McConaughey went hungry and took long daily runs, eventually shedding himself of 47 pounds.

As Tom Hanks could have told him, this comes with consequences. McConaughey’s legs locking up after running just 30 feet, and he also started losing his sight. This might be bad for your health, but it’s good for your career: McConaughey’s Best Actor Oscar win, alongside his Emmy win for TV’s True Detective the same year, marked a professional resurgence for the actor nicknamed ‘the McConnaissance.’ 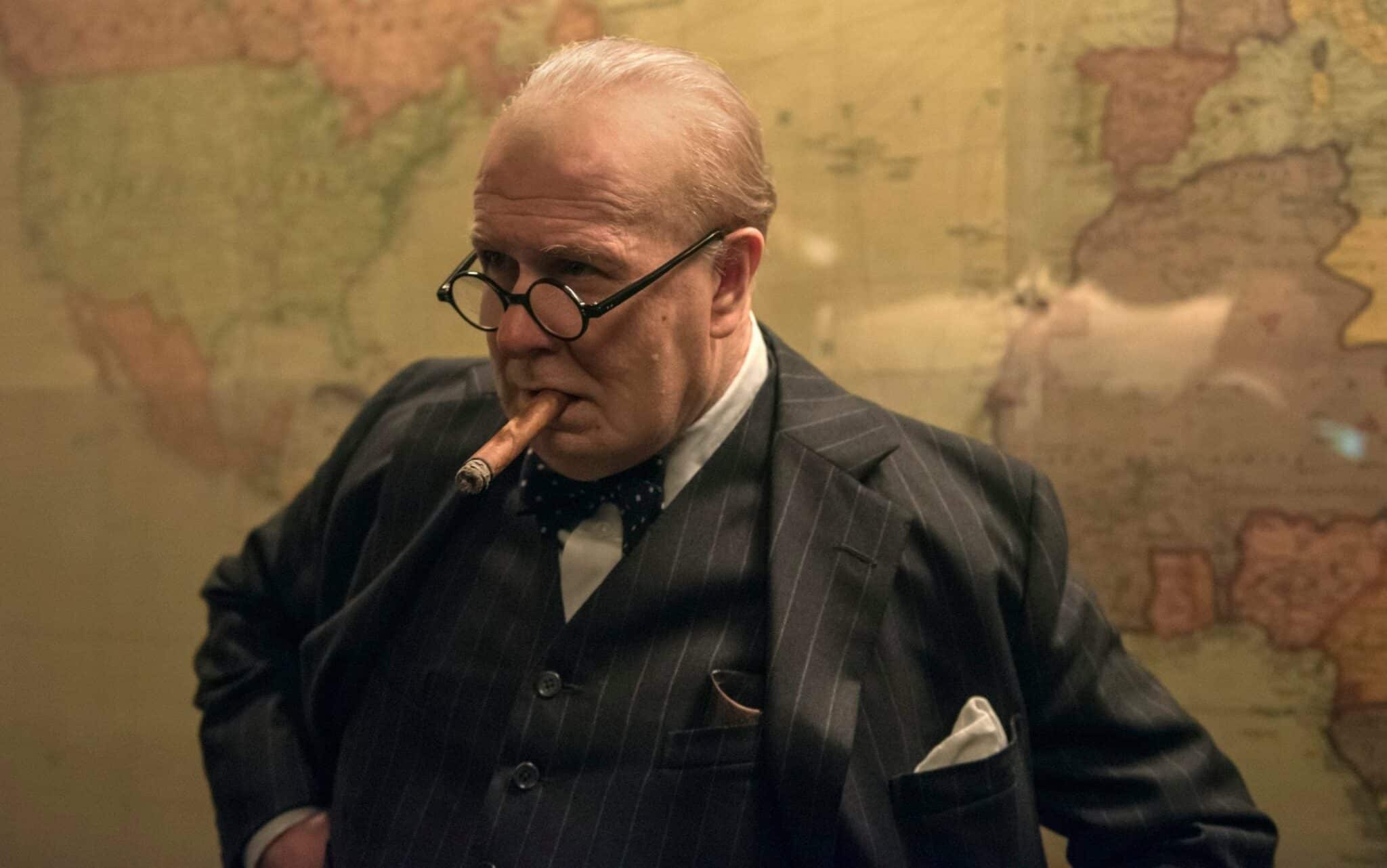 Darkest Hour, a Winston Churchill biopic set in the early days of Churchill’s reign as a wartime Prime Minister, stars Gary Oldman. Unlike some of his peers, Oldman didn’t gain weight for the role, instead being transformed physically by make-up and prosthetics. However, although his Churchill belly wasn’t real, the cigars unfortunately were.

To accurately portray the WWII PM, Oldman smoked about 12 cigars a day over the course of the shoot, amounting to a grand total of 400 for the entire production. For Oldman, $30,000 of cigar smoke translated to “a bad stomach” for three months. A colonoscopy later revealed the actor had given himself nicotine poisoning.

6. Eddie Redmayne realigned his spine playing Stephen Hawking in The Theory of Everything 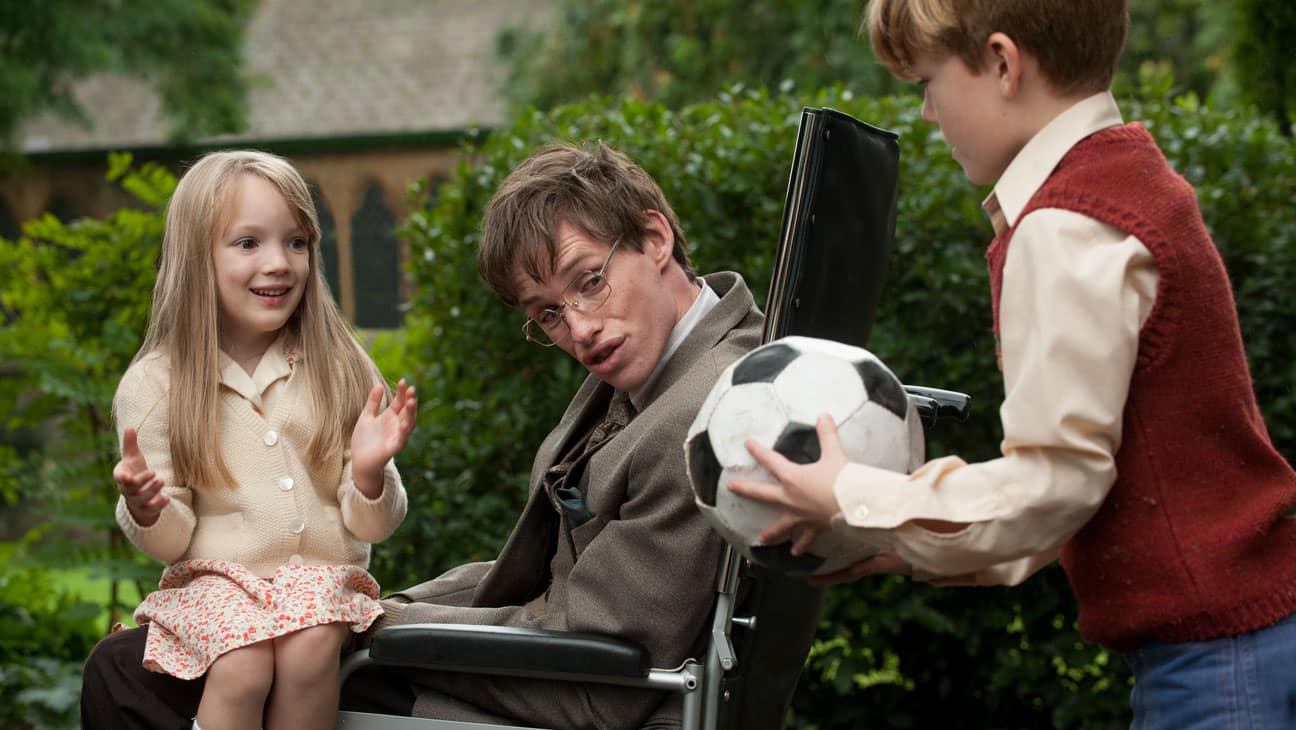 Stephen Hawking biopic The Theory of Everything charts the genius physicist’s life from able-bodied youth to tragically locked-in, wheelchair-bound middle age. To play Hawking, whose motor neurone disease saw him gradually lose control of his own body in adulthood, Eddie Redmayne lost 15 pounds and trained with a dancer for four months to better get a handle on his own physicality.

Redmayne also spent a lot of time familiarising himself with the Hawking chair (he wouldn’t get out of it in between takes) to the point that he twisted his spine out of place. Still, at least one person benefited: “My osteopath said he wanted to write an essay about me. I think that’s the worst thing you could hear from your osteopath: you’re a case study.” 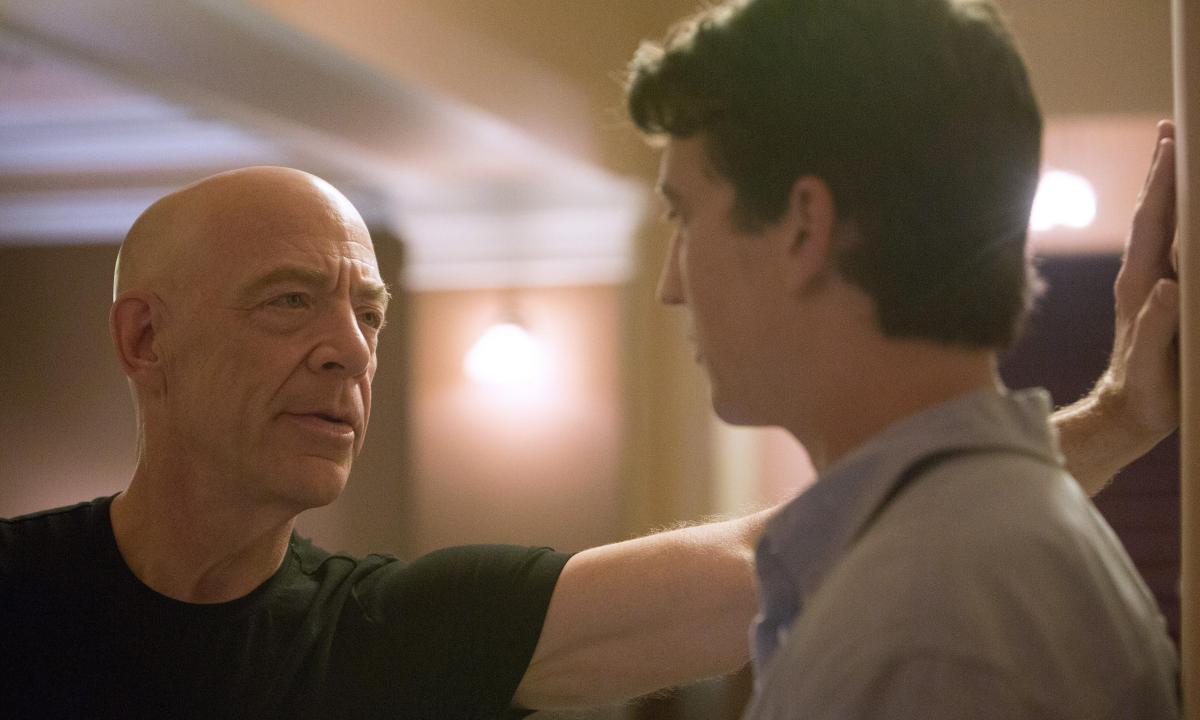 Damien Chazelle’s intense musical drama casts Miles Teller as a drumming prodigy pushed beyond his limits by a drill instructor-esque music teacher played by JK Simmons. One scene sees Simmons’ Fletcher slap Teller’s Andrew around to get him to drum in time – and if it looks impressively real, that’s because Simmons really was hitting Teller, and hard (which Teller had agreed to, of course).

When it came time for Teller to get his own back, the younger actor went even harder. For the scene in which Andrew finally snaps at Fletcher, tackling him to the ground during a concert, Teller slammed Simmons with genuine force, cracking a couple of his ribs in the process. According to Simmons, Teller “took such pride in it, too. Like, dude, you’re proud of busting up a 58-year-old guy’s ribs? That’s f***ed up”.

4. Robert De Niro ate so much for Raging Bull he developed breathing problems 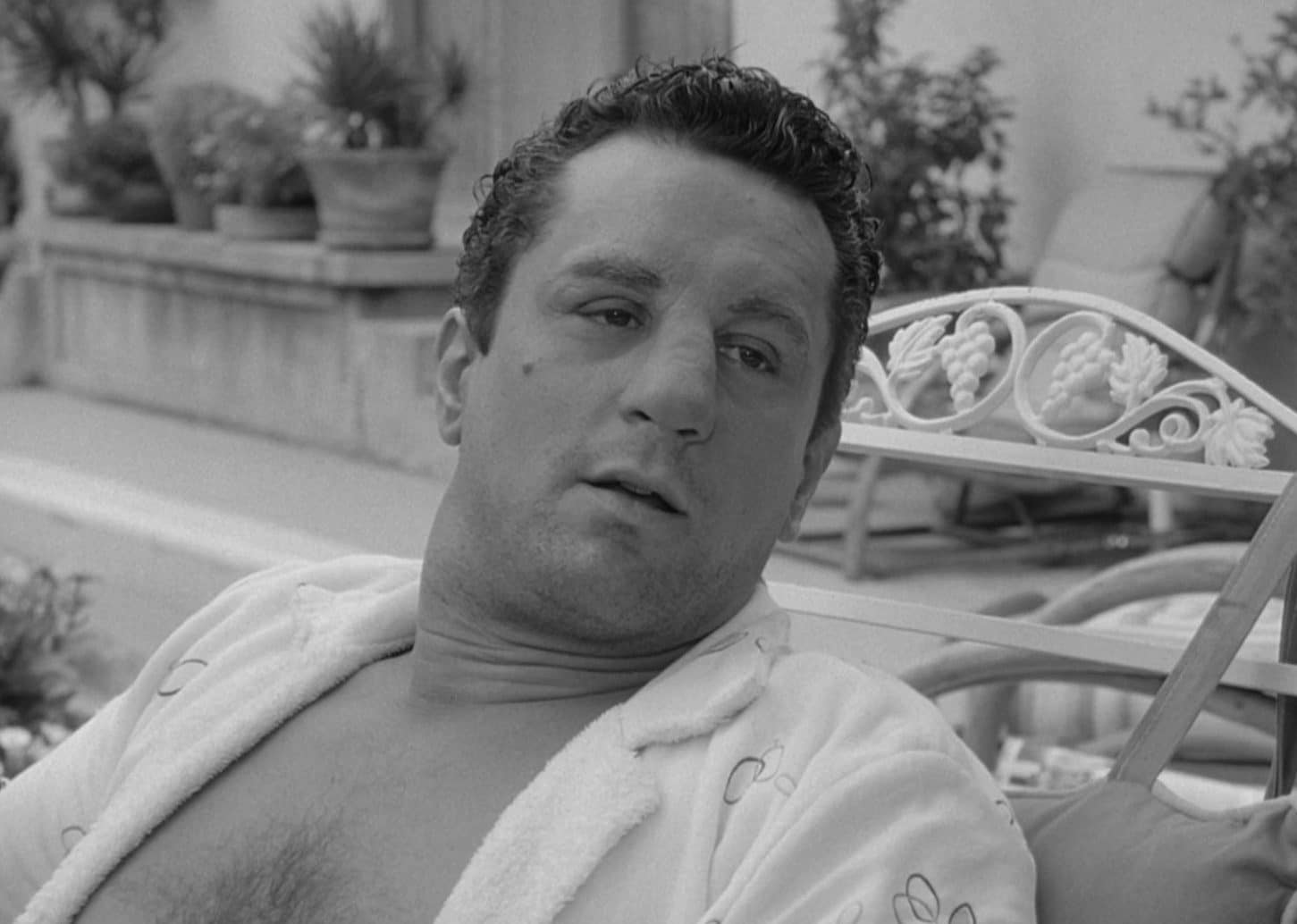 The physical transformation Robert De Niro underwent for boxing classic Raging Bull has become one of the most legendary method acting stories. After training for years to get into fighting shape as the young Jake La Motta, production then paused to give De Niro several months to pile on weight for play the former champ in his later years.

De Niro took a trip to Europe, where he travelled around Italy and France eating his bodyweight in pasta, meat and ice cream. He piled on 60 pounds, taking his weight from 145 to 215 pounds in a short space of time. Naturally this impact the actor’s health: De Niro’s posture and even speech were changed, while director Scorsese was concerned about the actor’s now-laboured breathing patterns.

Stephen Gaghan’s 2005 political thriller Syriana features George Clooney as a CIA operative who is kidnapped and tortured by the Iranian secret service. Whilst filming the scene in which Clooney was tied to a chair, the actor somehow fell and hit his head – and the effects were excruciating. Clooney explains, “I basically bruised my brain.”

The result was Clooney leaking spinal fluid (sometimes, it would drip out of his nose) and suffering chronic migraines and memory loss. It took a series of operations to finally put Clooney right, though in the 12 months that he suffered, he contemplated suicide: “Before the surgery it was the most unbearable pain I’ve ever been through, literally where you’d go, ‘well, you’ll have to kill yourself at some point, you can’t live like this'”.

2. Anne Hathaway made herself “really sick” losing 25 pounds in a month for Les Miserables 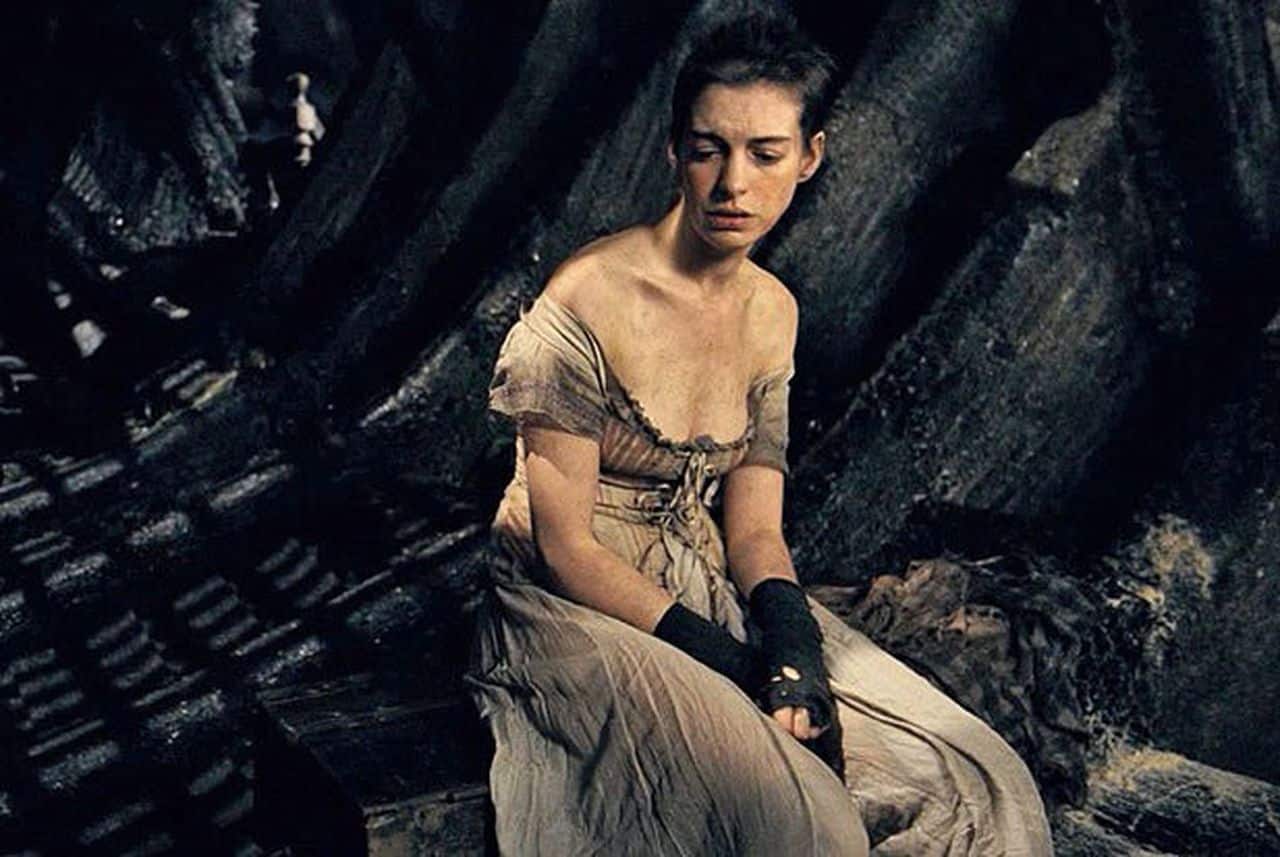 Les Miserables, a musical as distressing as the title would suggest, co-stars Anne Hathaway as a single mother who turns to prostitution to pay for her child’s upkeep. For the sake of just 13 days of filming, Hathaway put her body through torture by effectively starving herself for a month. After gradually reducing her diet over five weeks, Hathaway was just eating two thin squares of baked ‘oatmeal paste’ a day once shooting began.

Predictably, this had a negative effect on Hathaway’s health. In a 2019 interview with People, the actress admitted she was left mentally drained and physically “really sick” by the rapid weight loss. Whatever Hathaway’s specific ‘sickness’, the effects were long-lasting: “That weight loss was not a long-term good thing for my health, and it took a really long time to come back from it.” 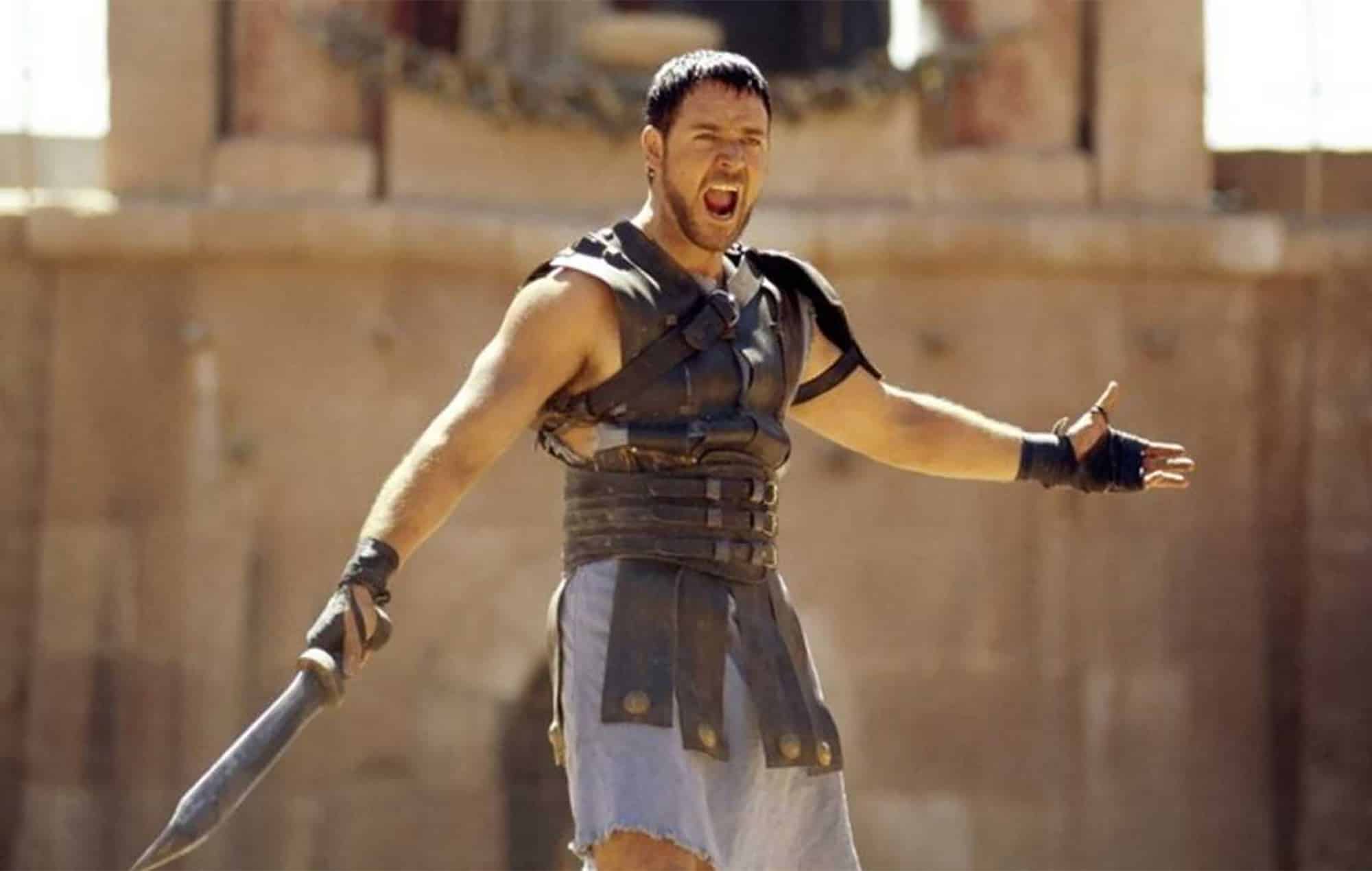 Gladiator, one of the all-time great swords-and-sandals movies, made Russell Crowe a superstar for his role as Maximus, a betrayed Roman general forced to fight in the arena. Crowe’s commitment was evident from the off, when he dropped the 40 pounds he’d just gained from his last movie The Insider and got tremendously buff – but that was the easy part.

During filming, Crowe sustained multiple injuries, starting with the real scars he has on his face in the opening scenes of the film, which he sustained when the horse he was working with backed him into a tree. Later battle scenes saw Crowe break a bone in his foot, crack a bone in his hip, pop bicep tendons out of their sockets, aggravate an existing Achilles injury and lose all feeling in his right forefinger. The latter injury endured for two years.