There’s no denying it: Tom Hanks is one of the most beloved actors alive and working right now. From Toy Story and Forrest Gump to Saving Private Ryan and Philadelphia, Hanks has proven time and time again that he can tackle everything from the most comedic to the most dramatic of roles.

Almost every movie Hanks has starred in has gone on to become a classic, and as well as being a hallmark of many people’s childhood thanks to Toy Story and The Polar Express, Hanks has also cultivated a reputation for being one of the nicest people around. Today we’re honouring this humble star by giving you 10 facts you might not have known about Tom Hanks. 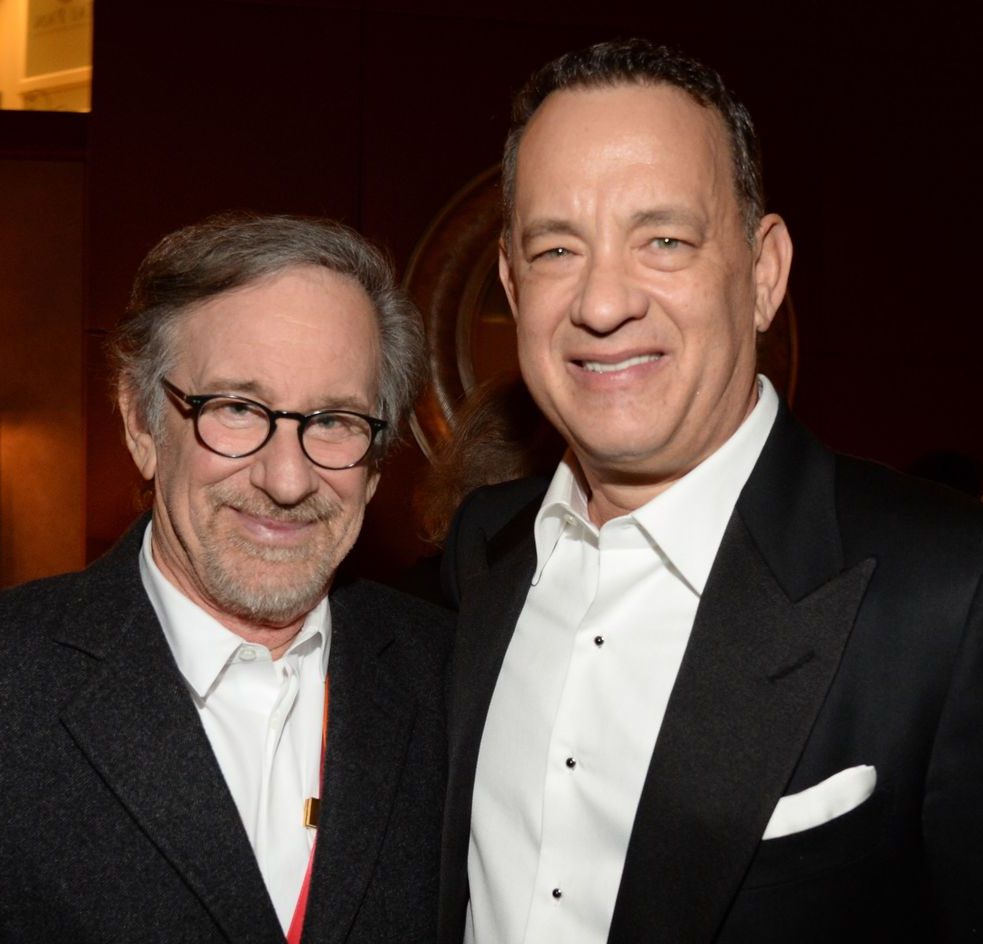 There are few partnerships between an actor and director as well known as that between Tom Hanks and Steven Spielberg, with the pair working on a total of five films together so far. What you may not know is that their collaboration began entirely by accident.

The script for Saving Private Ryan was sent to Spielberg by his agent, and Hanks received a copy of the script at the same time. Only when they each realised that the other was reading the same script did they call each other and agree to work on the movie together, not knowing that it would be the first of many collaborations.

9. He’s only the second actor in history to win back-to-back Best Actor Oscars 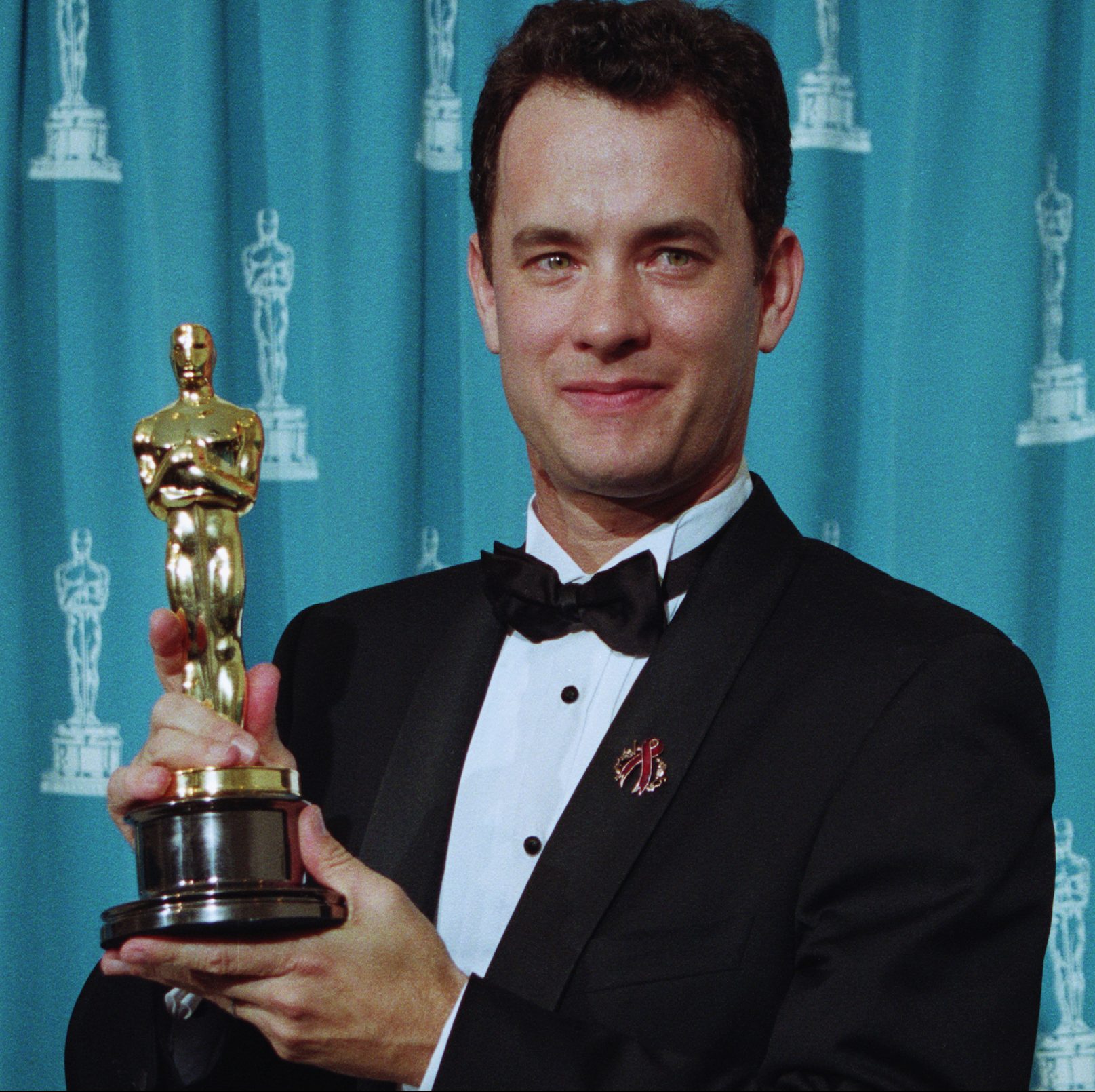 Tom Hanks has made history and set records multiple times over the course of his career, but he’s also almost made history on several occasions. In particular, he is the second actor ever to have won back-to-back Oscars for Best Actor, after winning for Philadelphia in 1993 and then Forrest Gump in 1994.

The first actor to ever achieve this feat was Spencer Tracy, who won for Captain Courageous in 1937 and Boys Town in 1938.

8. He always wanted to be an astronaut 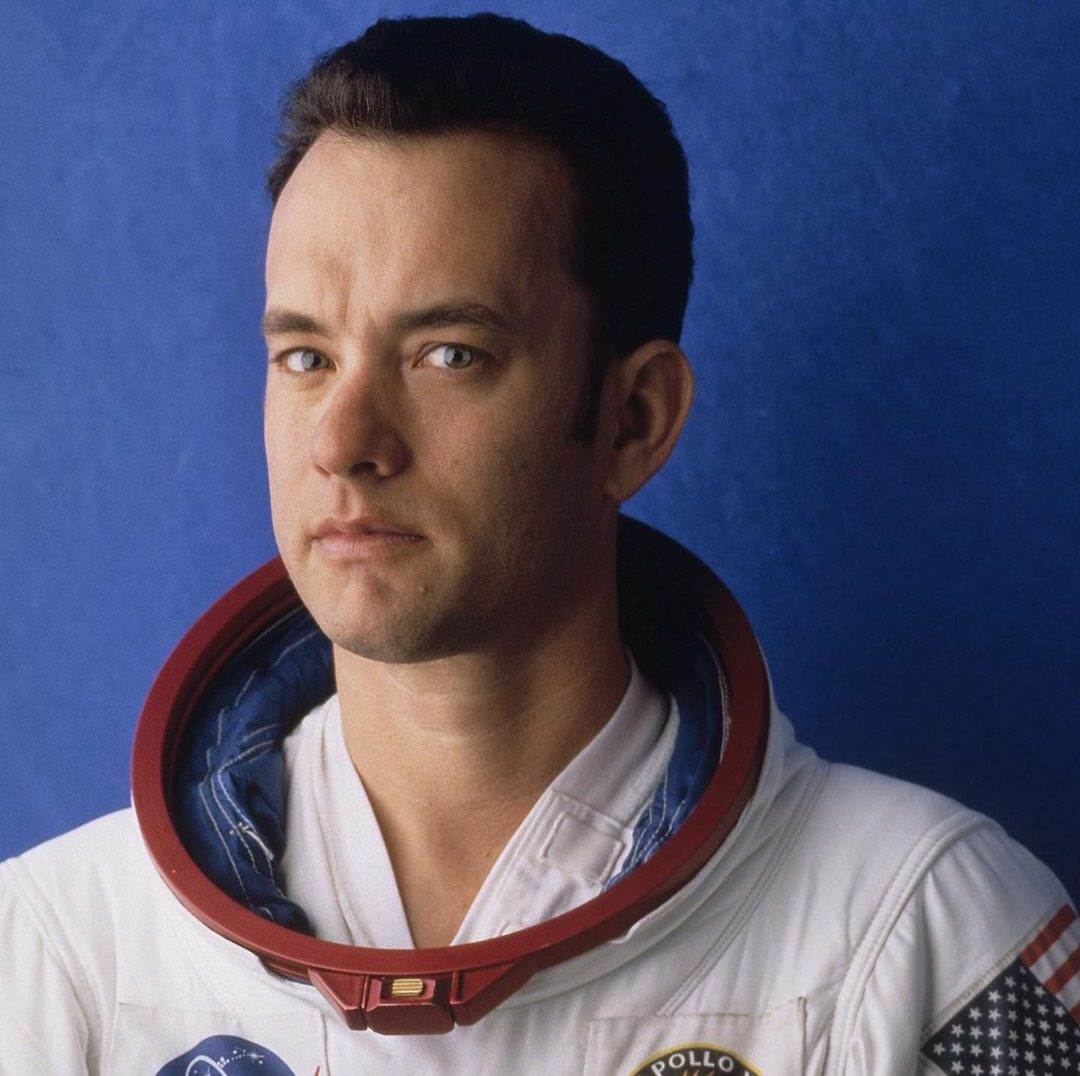 It’s not unusual for a kid to grow up wanting to be an actor or an astronaut, and then ultimately deciding to do something else entirely. Like many other children, Tom Hanks grew up obsessed with the idea of becoming an astronaut but then, unlike most kids, he managed to grow up and become one as an actor instead.

Hanks’ dedication to space both in and out of character led to him being given the Douglas S. Morrow Public Outreach Award from the Space Foundation in 2006, which is given to civilians who contribute to public awareness of space programs. Essentially, Hanks has become as close to an astronaut as you can get without actually going to space. 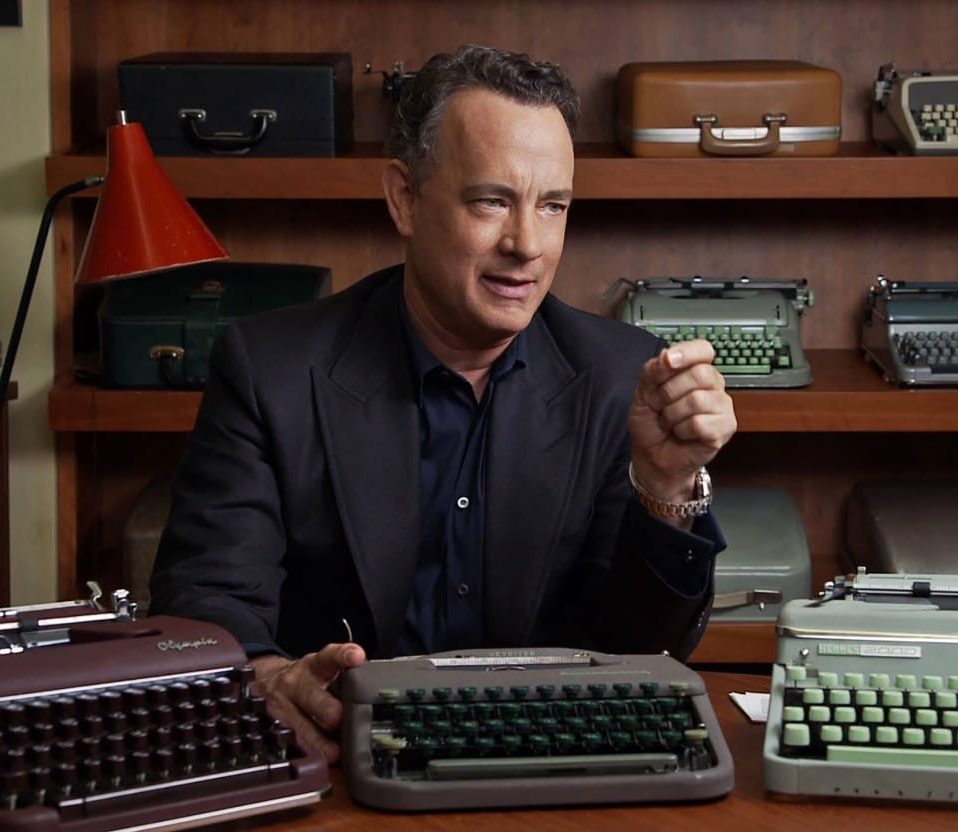 Everyone is entitled to their weird hobbies, even celebrities. For Tom Hanks, his incredibly niche interest means collecting vintage typewriters, as well as learning everything there is to learn about them. Hanks knows so much about the various brands of vintage typewriters out there, that he even wrote an opinion piece for the New York Times, detailing the various sounds they make, as well as a short story collection all about typewriters called Uncommon Type. Wow.

6. He received no upfront fee for Forrest Gump 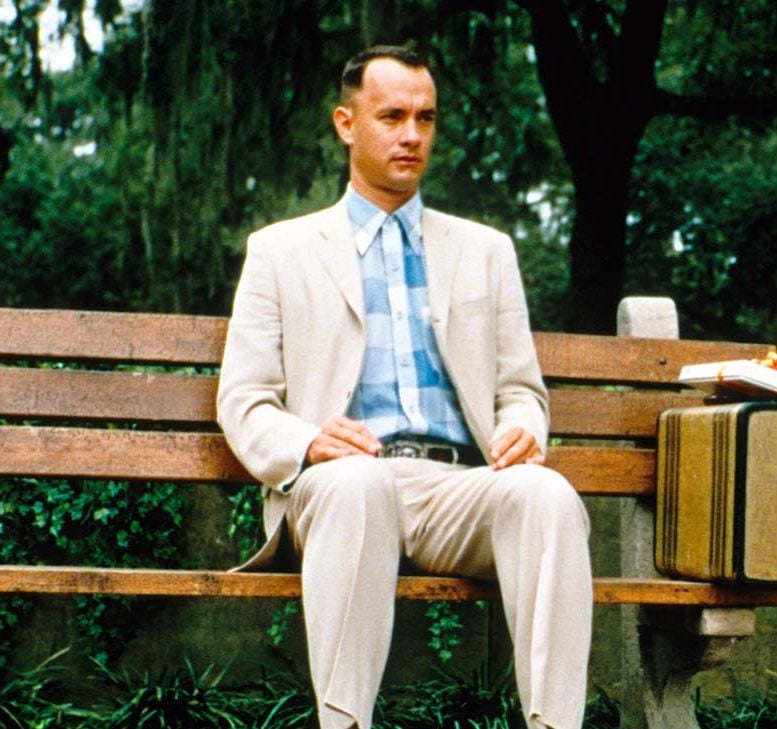 There are few people on Earth who haven’t heard of the success of Forrest Gump, which won Tom Hanks an Oscar and made $680 million at the box office. What you might not know is that Tom Hanks did not receive a single penny upfront for starring in the film.

Hanks was so convinced that the movie would be a success that he staked his money on it, asking for a back-end deal that ensured him a portion of the profits rather than an upfront fee. Hanks obviously made the right call, as he ended up earning $40 million for his troubles. 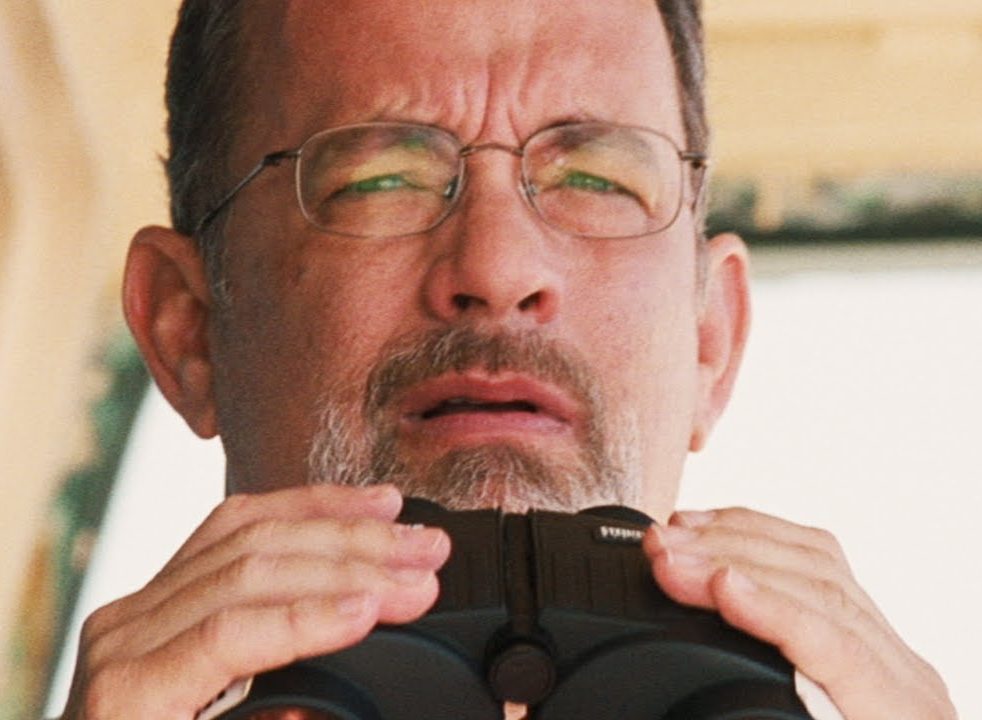 Lots of actors find themselves getting typecast, whether they are repeatedly called to play charismatic villains, wholesome heroes, or just comedy sidekicks. What’s less common is being asked to play a certain military rank over and over again, but that’s exactly what happened to Tom Hanks.

Tom Hanks has either played a Captain five times throughout his acting career, beginning in 1996 and ending for now in 2016, Tom Hanks has played a captain in Apollo 13, Saving Private Ryan, Captain Phillips and Sully. Hanks also played the Captain of the Guards in The Green Mile, Paul Edgecomb, making that five Captains in his career so far!

4. He’s the youngest actor ever to get the AFI Lifetime Achievement Award 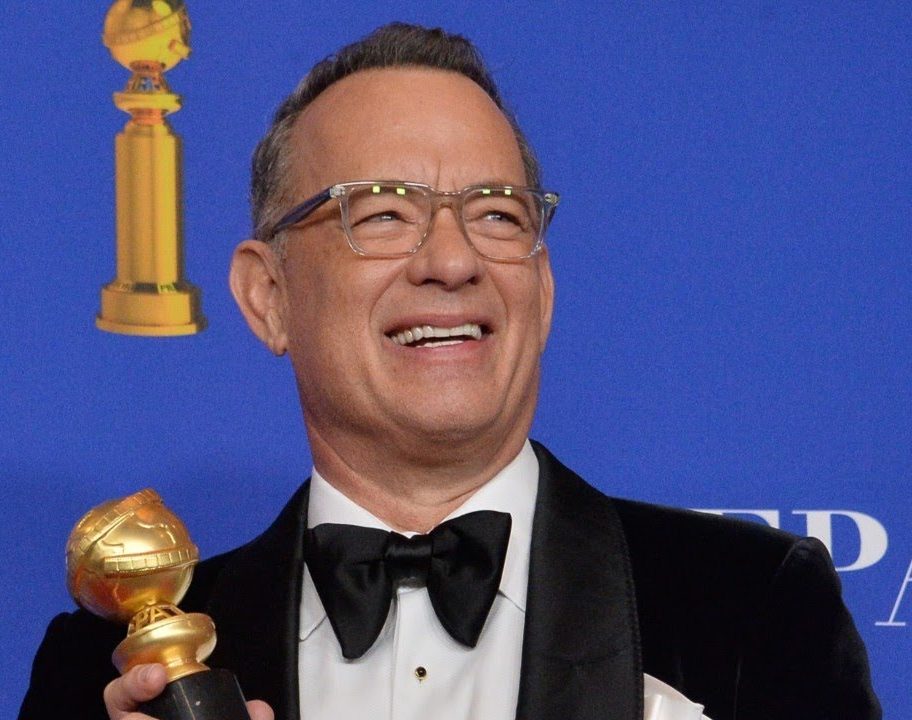 There are several aspirational milestones in an actor’s life, from getting that first Oscar nomination to getting a star on the Hollywood Walk of Fame. For many performers, the last milestone on their professional journey is the coveted Lifetime Achievement Award, whether awarded by the Golden Globes or by the American Film Institute.

Tom Hanks has been awarded the Life Achievement Award from AFI, but he didn’t have to wait as long as you might expect. In fact, he was actually given the honour at just 46 years old, making him the youngest actor ever to be awarded the status. Not many actors can say they’ve crammed a whole lifetime’s worth of work into just four decades, but Tom Hanks certainly has.

3. It’s rumoured that he had an affair with Bosom Buddies costar Rita Wilson 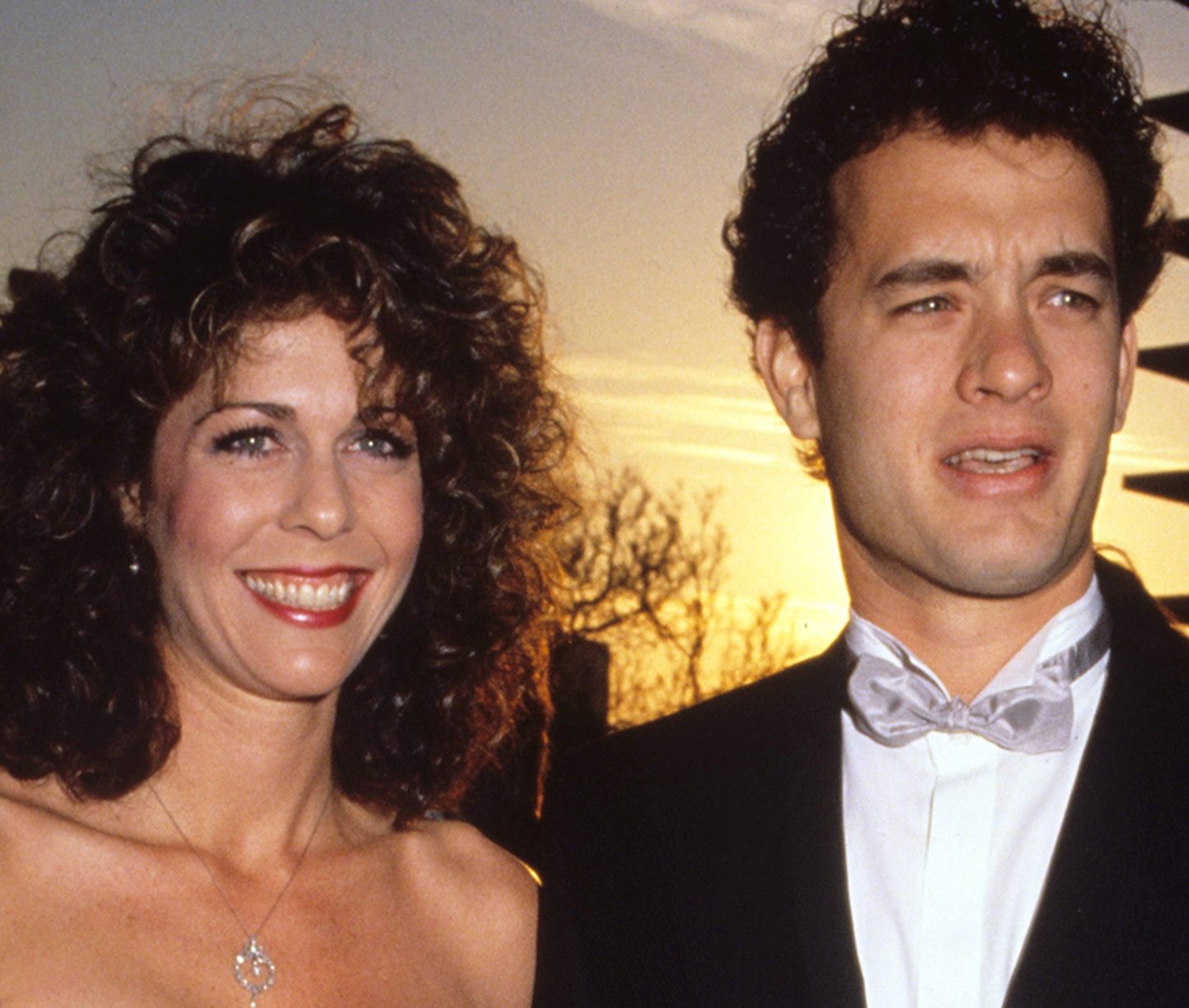 Romances between coworkers are common no matter what industry you’re in, but there’s no denying that it’s especially common in show business. Despite being widely considered as one of the most wholesome actors out there, even Tom Hanks might not have been immune to falling for his co-star, and while he was already married to boot.

In 1981, Hanks met Rita Wilson on the set of the sitcom Bosom Buddies, while he was still married to Samantha Lewes. Lewes and Hanks divorced in 1987, with Hanks and Wilson marrying just a year later in 1988. Given that timeline, many speculated that Hanks and Wilson had been secretly seeing each other throughout the 80s, even though such rumours have never been confirmed.

2. He was given the US Navy’s highest civilian honour 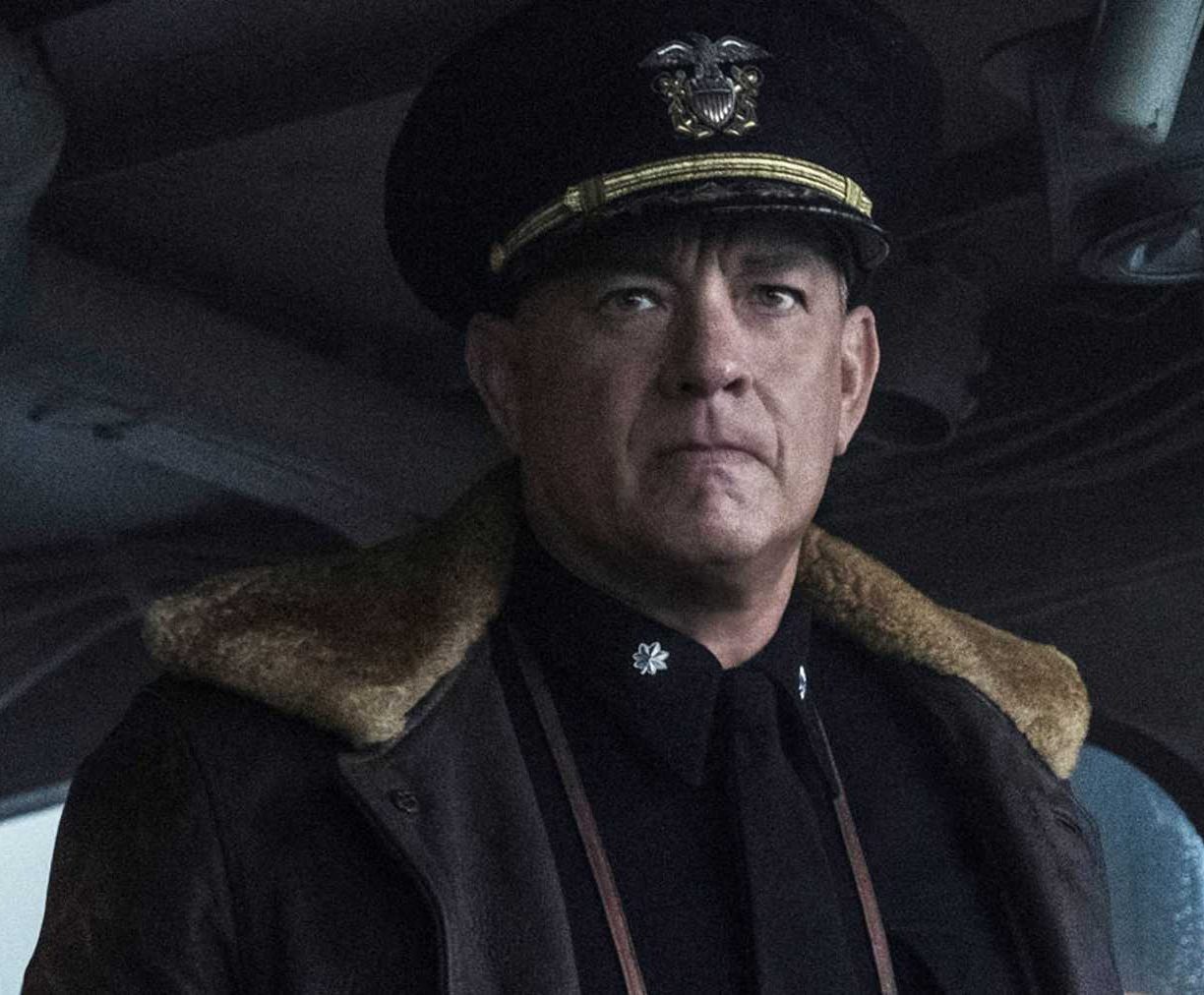 Many of Tom Hanks’ roles have depicted military service in some way, with Hanks returning to the topic more than many other actors. Hanks has been rewarded for his sensitive and accurate portrayals of life in the Armed Forces, receiving an honour from the US Navy itself.

In 1999, both Hanks and Steven Spielberg were given the Distinguished Public Service Award, the highest civilian honour the Navy bestows. The pair were given the honour thanks to their work on Saving Private Ryan, which showcased the bravery of ordinary soldiers.

1. He’s been stranded at sea on film three times 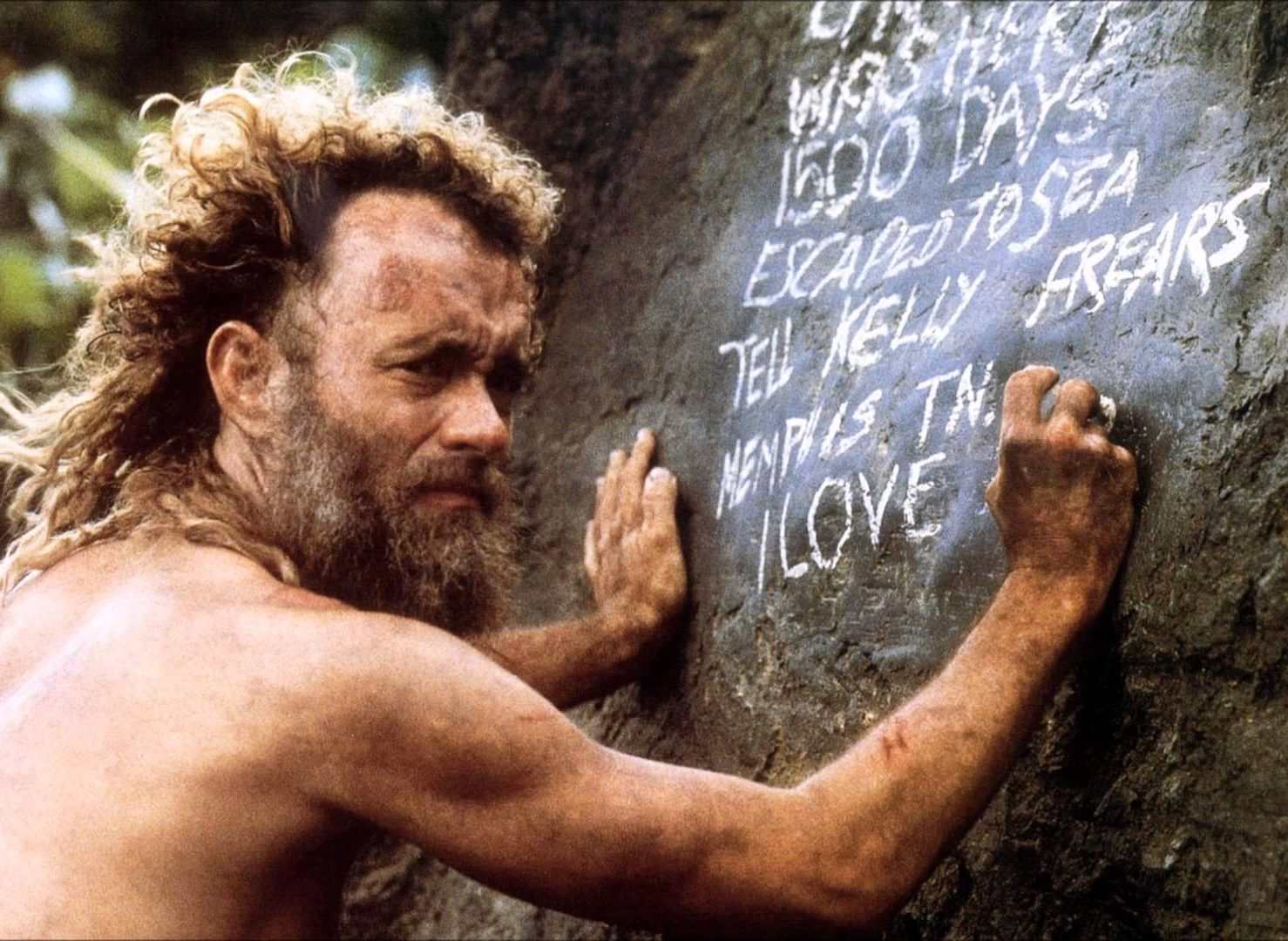 We’ve already discussed the fact that Tom Hanks has been asked to play a Captain four or five times over the course of his career. That’s already unusual, but what is even odder is that Tom Hanks has also played characters that have been stranded at sea three or four times.

Hanks’ character is stranded in Splash, Joe Versus the Volcano and Cast Away – and even the character of Captain Phillips is held hostage at sea. Talk about a niche market.