Russell Crowe is certainly one of the more memorable actors of modern times. He’s been in a variety of acclaimed films and TV series, from Neighbours to A Beautiful Mind, and bagged a number of coveted awards in his decades-long career. He secured an Academy Award, a Broadcast Film Critics Association Award, an Empire Award, and a London Film Critics Circle Award just for his performance in Gladiator alone.

Though an undoubtedly talented actor, Crowe has previously come under fire for his behaviour off-screen. In the past the actor has been scrutinised for making sexist comments and even attacking a hotel employee, so it’s fair to say that Crowe’s name has become somewhat tainted with scandal. Still, he remains renowned for his illustrious acting legacy.

Here are 10 things you might not have known about this enigmatic actor.

10. He’s a director and producer as well as an actor

Crowe is of course best known for his work as an actor; after all, he only ever appeared in front of the camera for the first half of his career in the entertainment industry. But in 2014, Crowe – like many other long-time actors before him – decided it was time to try his hand at directing.

Crowe made his directorial debut with the 2014 film The Water Diviner, in which he also starred. He went on to direct a short film called Remedy later that same year, then in 2015 he moved on to producing, working as an executive producer on the movie Fathers & Daughters.

9. He was charged with assault for throwing a telephone at a hotel employee 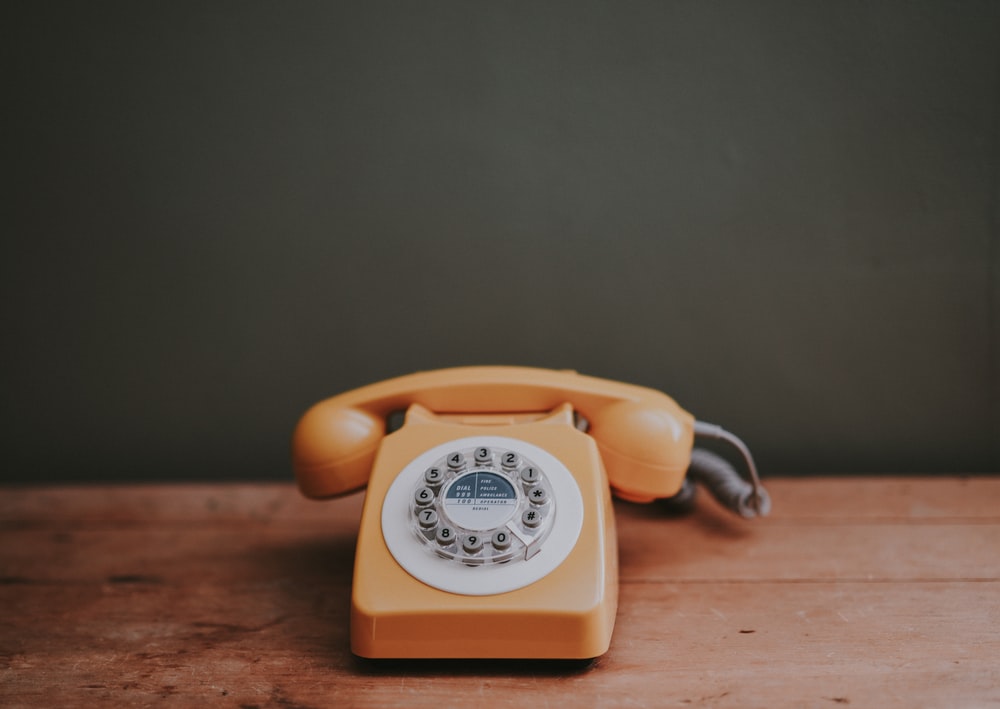 Crowe has kept a lower profile in recent years, possibly in an attempt to stay out of trouble and repair what was once a tarnished reputation. Back in 2005, Crowe faced considerable backlash after throwing a hotel telephone at an employee of the Mercer Hotel in New York City. Apparently, the employee had informed Crowe that the phone was broken which prompted the violent outburst.

While Crowe’s team insisted that he threw the phone at a wall, the actor was ultimately charged with felony assault and 4th degree criminal possession of a weapon. Crowe had since referred to the incident as “the most shameful situation I’ve ever gotten myself in.”

8. He threatened to kill the producer of Gladiator “with my bare hands” 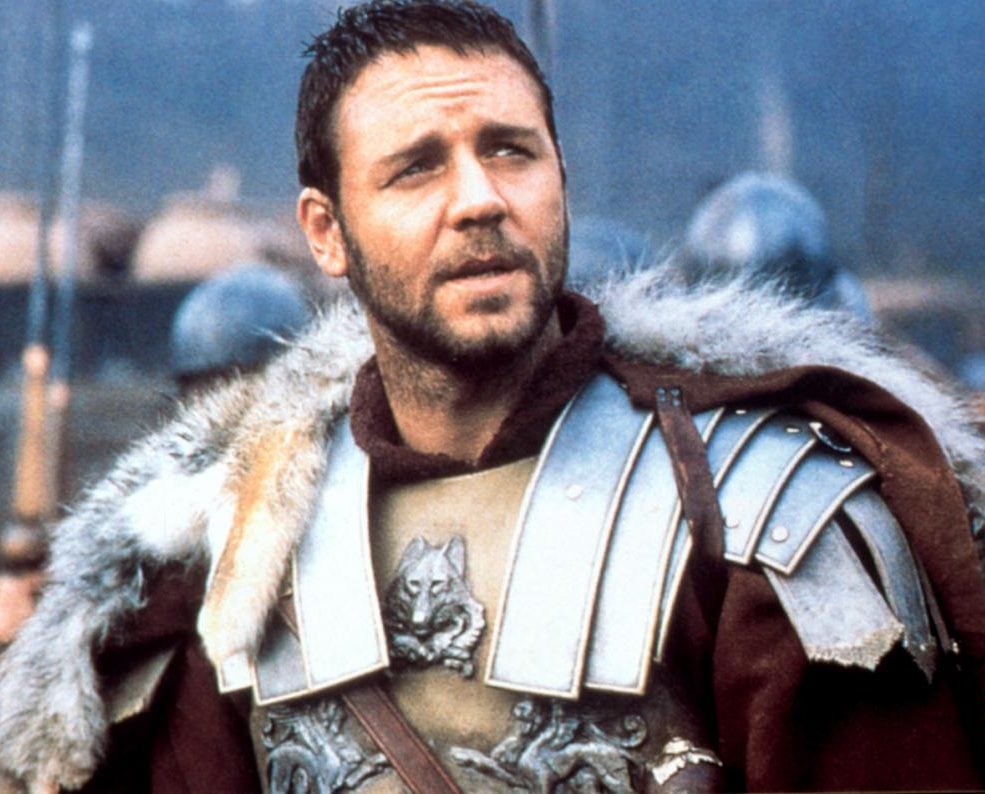 The phone incident wasn’t just a one-off. Apparently, Crowe has quite the reputation for having a short fuse on set as well as off. LA Confidential director Curtis Hanson went as far as telling Variety in 2010 that “Russell has a reputation of being difficult.”

There are also stories about Crowe’s behaviour on the set of Gladiator which don’t cast him in the most flattering light. Apparently, Crowe once called the film’s producer Branko Lustig late at night and threatened to kill him “with [his] bare hands” if he didn’t attend to all of Crowe’s on-set demands. Lustig was appalled and immediately contacted DreamWorks head Stephen Spielberg to ask to leave the production.

7. The original Gladiator script was so bad producers refused to show it to Crowe 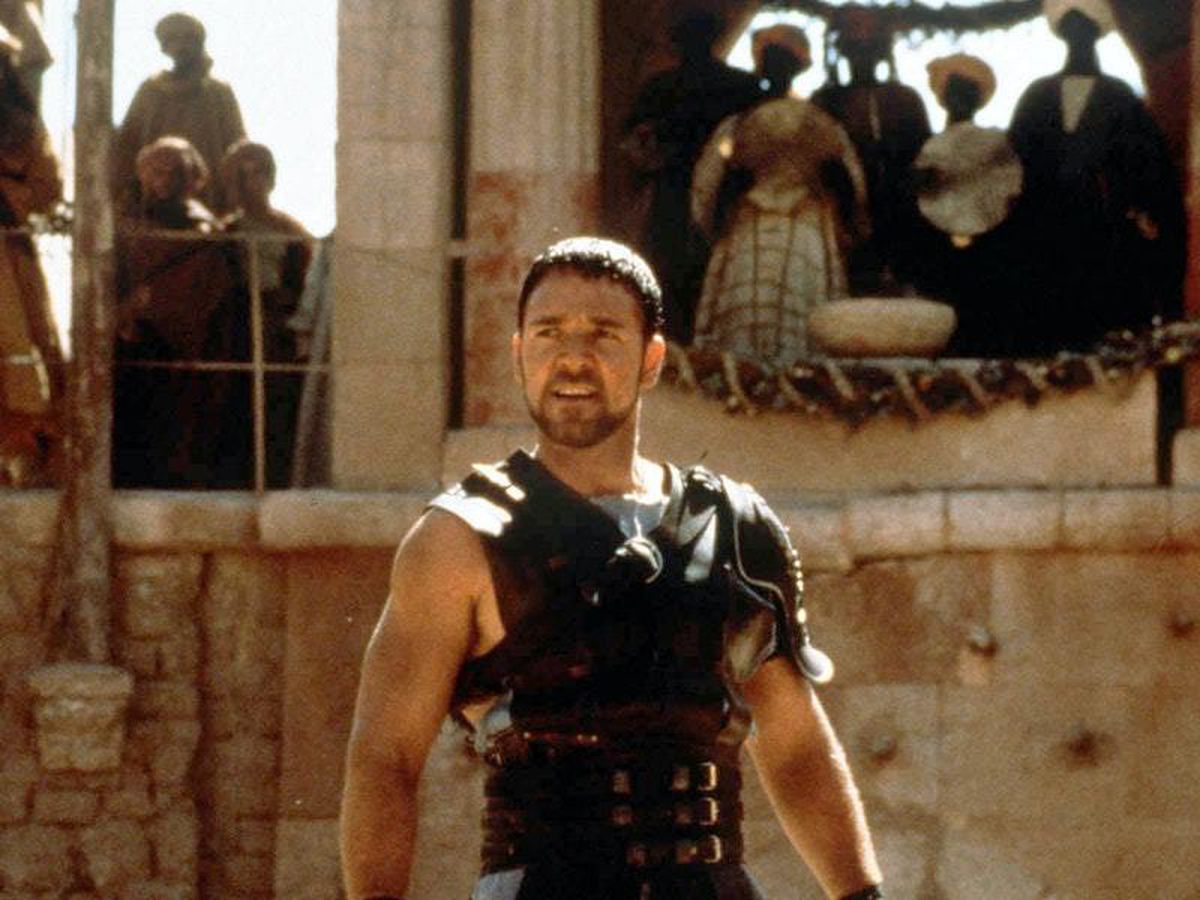 Nowadays, Gladiator is widely regarded as one of the best movies to come out of the 21st century. But the film could have been a flop – according to Crowe, the original script was so bad that the film’s producers didn’t want him to see it before it had been revised.

Instead, a meeting was arranged between Crowe and director Ridley Scott, where Scott pitched the general idea of the film to Crowe. Scott talked his lead actor through the plot, visuals and other details, which was enough to placate Crowe, who then signed on for the lead role of Maximus. Thankfully so, as to this day, Gladiator remains one of Crowe’s most successful films.

6. He went for years without a front tooth 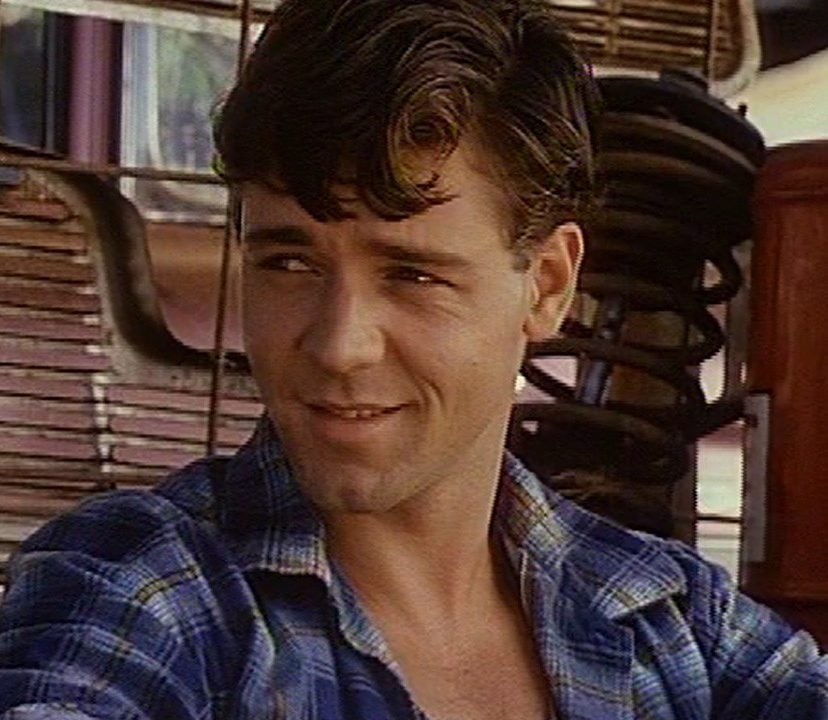 Crowe used to play rugby as a child, resulting in a minor injury when he was 10. During one fateful game, Crowe knocked out a front tooth on the field – an injury which could have seriously impacted his career later on in life.

When he started out in his acting career, Crowe managed to get by and secure work on some small projects, before landing a big break when he was cast in The Crossing at the age of 25. The film’s director George Ogilvie asked Crowe about his missing tooth, and when Crowe explained that he’d never had the money to repair it, Ogilvie put his hand in his own pocket and paid for Crowe to fix his pearly whites.

5. He turned down the role of Wolverine because of a misunderstanding 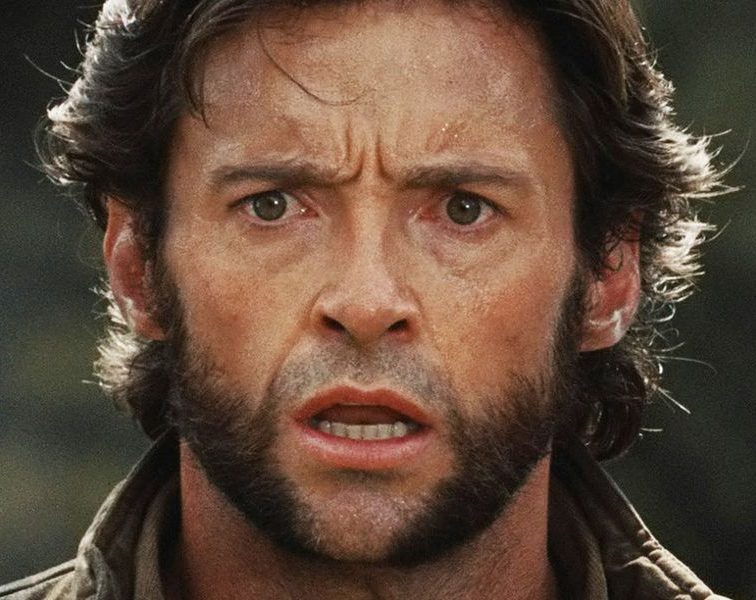 Speaking to News.com.au back in 2017, Crowe revealed why he turned down the role of Wolverine. “If you remember, Maximus [in Gladiator] has a wolf at the centre of his cuirass, and he has a wolf as his companion at the beginning of the film, which I thought was going to be a bigger deal [at the time],” he began. “So I said no, because I didn’t want to be ‘Wolfy the general’ and then ‘Wolfy the other bloke,’ like now I’m Mr. Wolfman. I can only do movies that have something to do with wolves.” It seems, then, that Crowe turned down the role due to a misunderstanding – as wolverines are not the same animal as wolves.

Hugh Jackman revealed that this was the second time he got a role that Crowe had turned down. “Russell turned it down,” the actor told The Daily Beast in 2020, recalling how he got the part of Wolverine. “That’s the second role I’ve gotten that Russell’s turned down. He’s been very good to me, Russ. The other one was Australia.”

4. He considers the horses from his movies to be “lifelong friends” 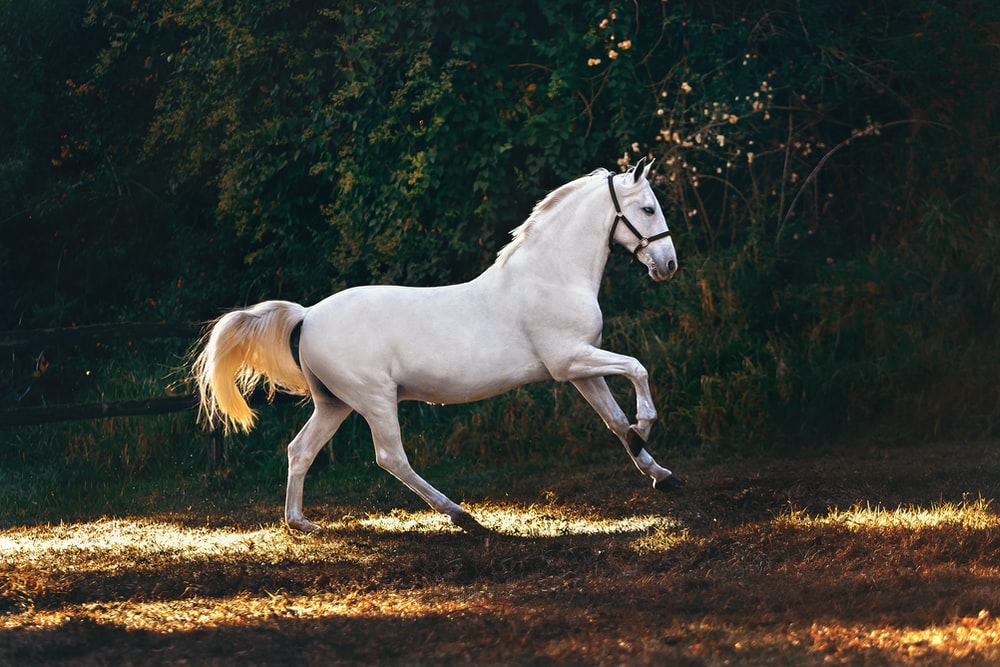 Back in 2018, Liam Neeson revealed in an interview how closely he’d bonded with one particular horse on the set of The Ballad of Buster Scruggs. Crowe then weighed in on Twitter, agreeing with Neeson that it is certainly possible form tight bonds with horses on set. “This is absolutely true,” the Gladiator star tweeted.

“There’s a horse George who I gave the speech in the forest in Gladiator on,” he continued. “Years later he was on the set of Robin Hood and we would chat everyday. Same with the white horse Rusty in Robin Hood we chatted again on Les Mis. Lifelong friends.”

3. He met his ex-wife on the set of his first film 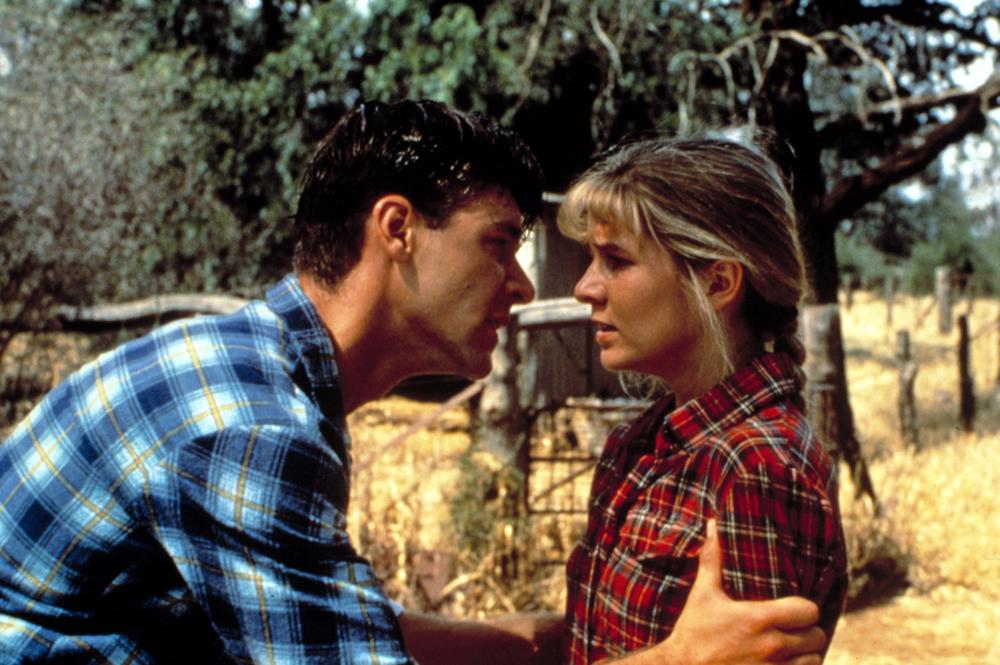 Back in 1989, Crowe met Australian singer Danielle Spencer while working on George Ogilvie’s film The Crossing. The two began an on-again, off-again relationship, before eventually going their separate ways. Crowe entered into a relationship with Meg Ryan in 2000 while working on Proof of Life, but the romance proved short-lived.

Then in 2001, Crowe and Spencer reunited, marrying two years later in 2003. They wed at Crowe’s property in New South Wales and the couple went on to have two sons together. The pair eventually separated for good in 2012, before divorcing in April 2018.

2. He donated nearly £3,000 to a student who couldn’t afford the deposit for their drama course

There’s a lot of plans and dreams being shattered these days … Will Harry succeed?

Back in summer 2020, student Harry Pritchard received an offer to study at the esteemed London Academy of Music and Dramatic Art (LAMDA). But the young man was unable to afford the deposit, living expenses and course fee of £13,799. 23-year-old Pritchard then created a GoFundMe page in order to raise money for the expensive fees.

Crowe – a Leeds United fan keen to support Harrogate-based Pritchard – then spotted the appeal and shared it on Twitter, tagging his friend Terry George in the post. The two donated £3,741 to Pritchard in total, with Crowe shelling out a generous £2,741.

1. He lived in a tiny flat to make him feel like a “giant” for LA Confidential 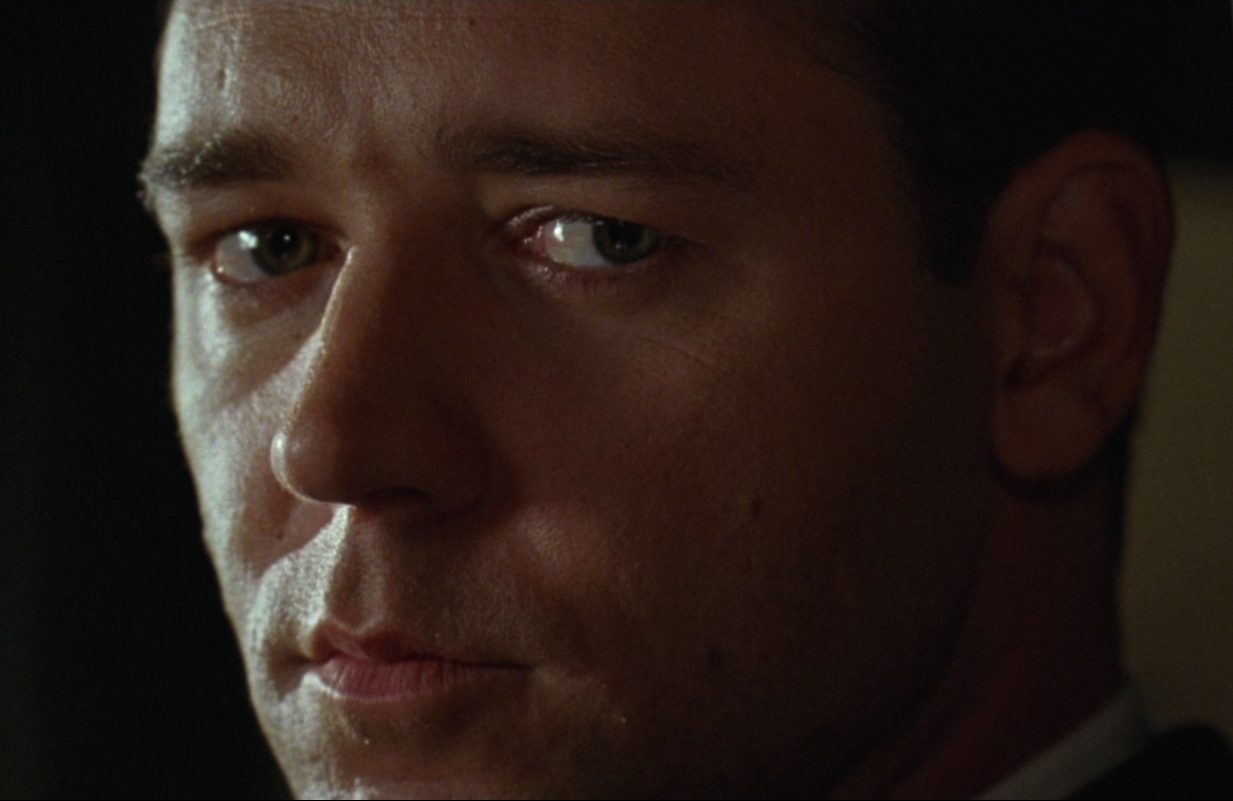 Crowe stands at an average 5ft 11, but has played some larger-than-life characters in his time. Notably, Crowe played Bud White in the 1997 film LA Confidential, a formidable cop on the Los Angeles force. In order to get into character, Crowe moved into a tiny apartment where he had to duck to get through doorways and stoop when he stood up straight.

Crowe claimed that living in the unusual flat made him feel like a true giant when he was on set and helped him embody Bud White’s ‘big’ persona. It’s fair to say that Crowe gave a stellar performance as Bud, so it looks like the tiny apartment trick worked!