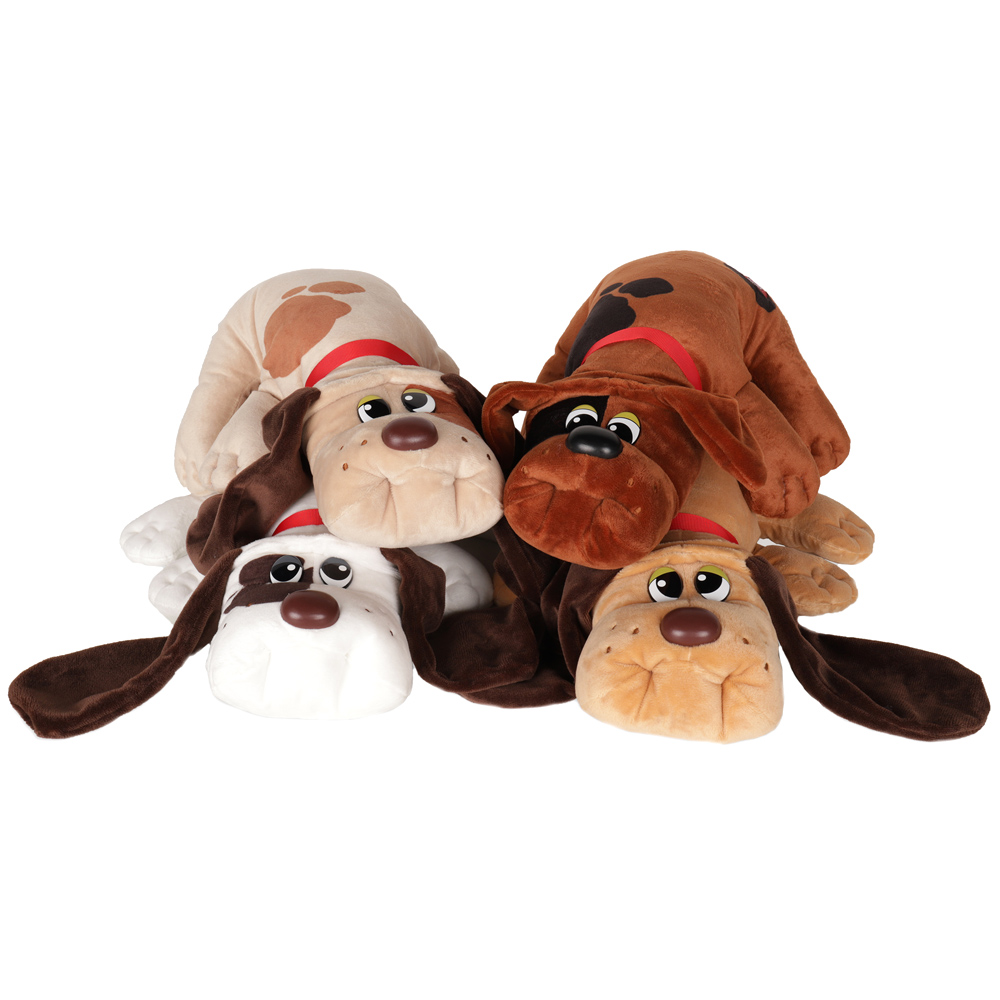 Created by Mike Bowling in 1984, Pound Puppies are plush dogs that come in a variety of colours. The brand would later inspire an animated TV special, two animated TV series, and a feature film.

While initially developed by Bowling and marketed by Irwin Toys - which, at the time, was Canada's oldest independent toy store - Pound Puppies would gain long-lasting recognition after launching in the US, where the product was produced and distributed by Tonka.

Pound Puppies were packaged in a cardboard house that resembled a doghouse, and each came with an adoption certificate (offering the narrative that the dog has just been adopted from a pound).

The brand found greater success after a deal was struck with Hardee's restaurants to distribute Pound Puppies as part of their children's meals. The dogs were also featured in colouring books and figurines. Around the same time, Tonka launched Pound Purries, a version of the toy line that featured cats.

A Pound Puppies TV special was created by legendary animation studio Hanna-Barbera in 1985; this was swiftly followed by a 1986 TV series. While the series ran until 1989, it underwent a major redesign for its second season and launched as All New Pound Puppies.

In 1988, TriStar Pictures released a Pound Puppies feature film known as Pound Puppies and the Legend of Big Paw. The 78-minute film boasts the questionable accolade of being the last theatrically released 80s film to promote a major toy line, but was a critical and commercial failure all the same.

Owing to the universal appeal of man's best friend, Pound Puppies continued to sell a steady stream of units into the early 2000s, at which point they were redesigned with barking sounds and as specific breeds.

While Pound Puppies were discontinued in 2002, they were relaunched in 2014 and produced by Funrise Toys in collaboration with Hasbro. The relaunch is generally credited to a successful TV series, which won both a CINE Golden Eagle Award and the Humanitas Prize for excellence in children's animation.

Nostalgic TV Adverts That Will Remind You Of Being A Kid

26 Toys From Your Childhood We Bet You’ve Forgotten About

11 Soft Toys You Will Remember From The 80s!

10 Amazing 80s Girls Toys That You Are Sure To Remember