We can all remember the lovely feeling of snuggling up to our favourite soft toy as a kid. Long before we has to share a bed with another human being (yuk!), our cuddly toys were our best friends; always there, waiting to give us a hug when we were tired at the end of another busy childhood day. 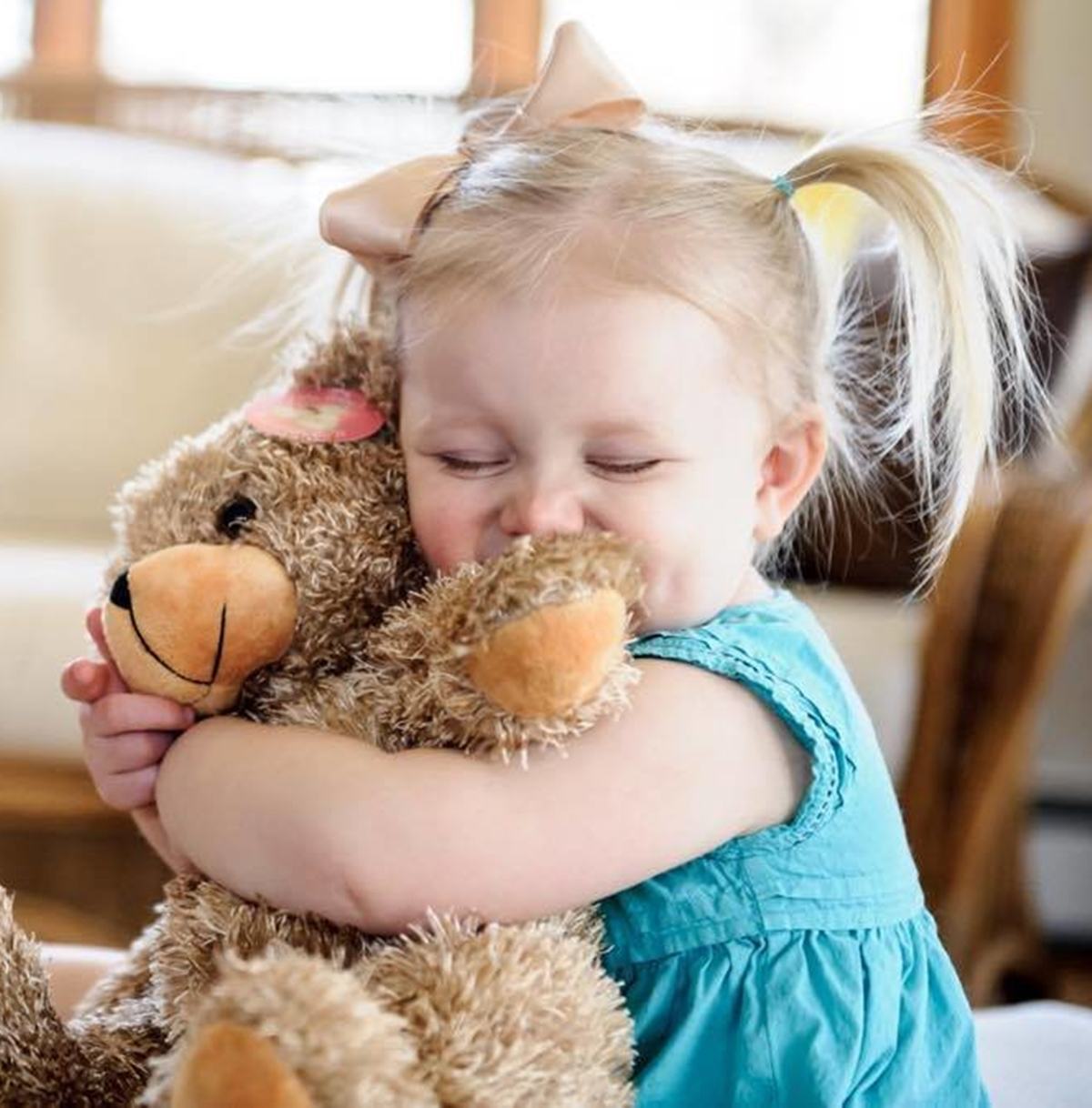 We all had our favourite cuddly toys, but there were definitely some that were more sought after than others.

We’ve worked hard to compile what we believe to be the Top 10, and you can view them below, listed in alphabetical order… 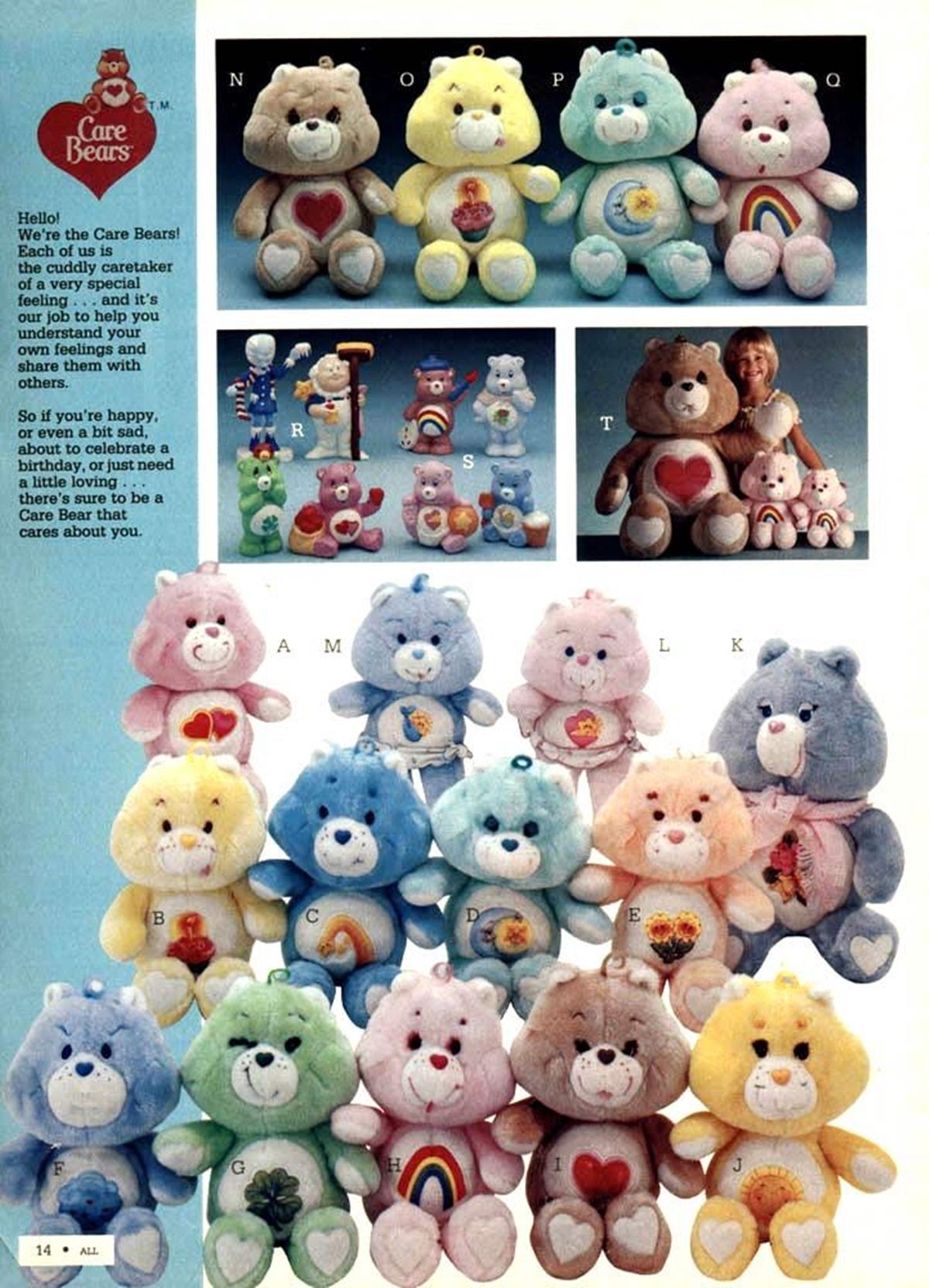 How many of these cuddly toys did you own as a child? Which was your favourite? And which furry friend can you absolutely not believe we haven’t included in the list?

Some would describe Cabbage Patch Kids as a bit ugly, but we say how dare people be so nasty to our little babies!

They were one of most popular toys of the 1980s, and also appeared in many other forms, including cartoons, music albums and games. 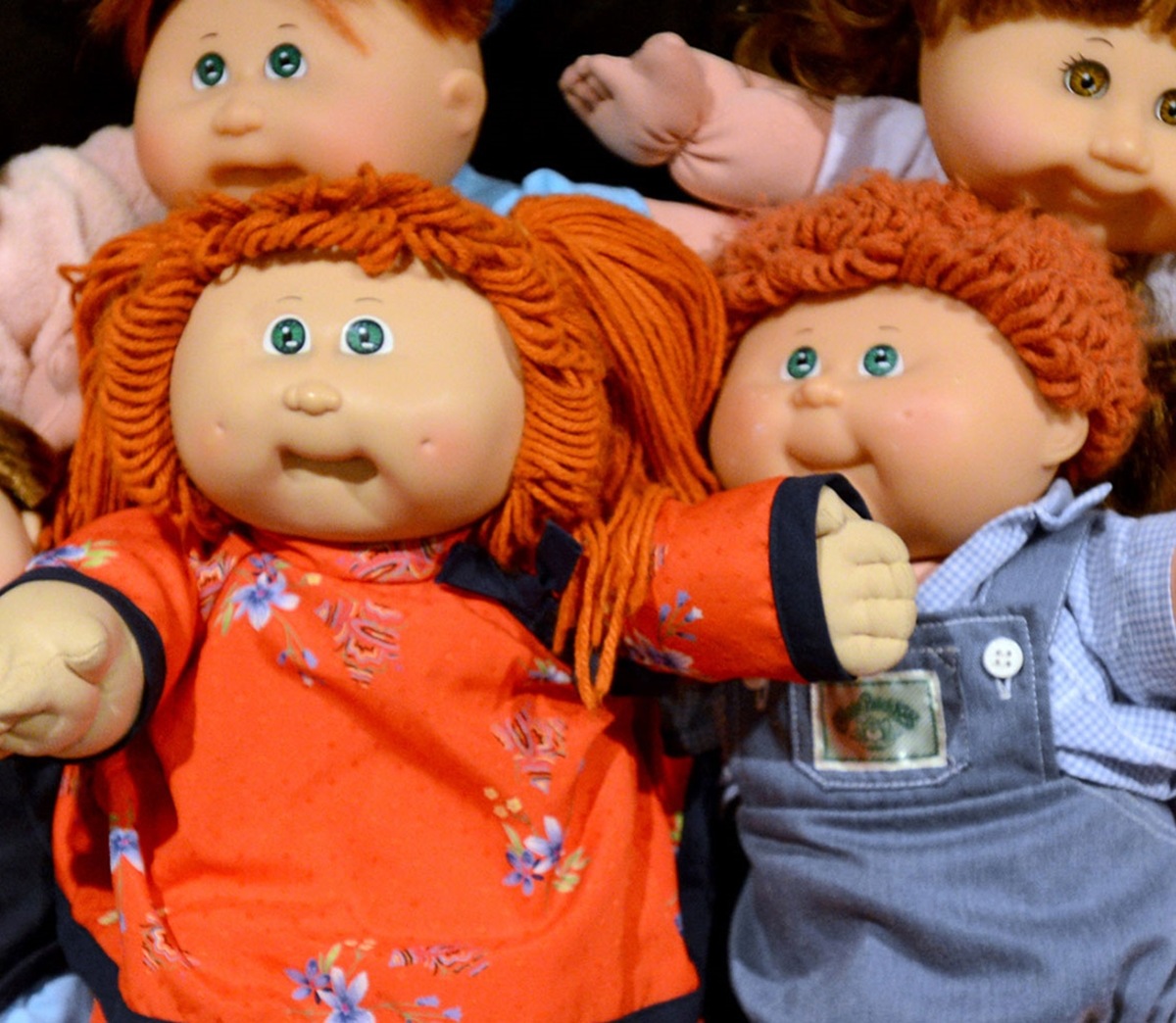 The Care Bears were actually created as characters for greeting cards, but it is of course the cuddly toys that we remember the most. Bedtime Bear, Birthday Bear, Cheer Bear, Friend Bear, Funshine Bear, Good Luck Bear, Grumpy Bear, Love-a-lot Bear, Tenderheart Bear, Wish Bear; which one did you own? 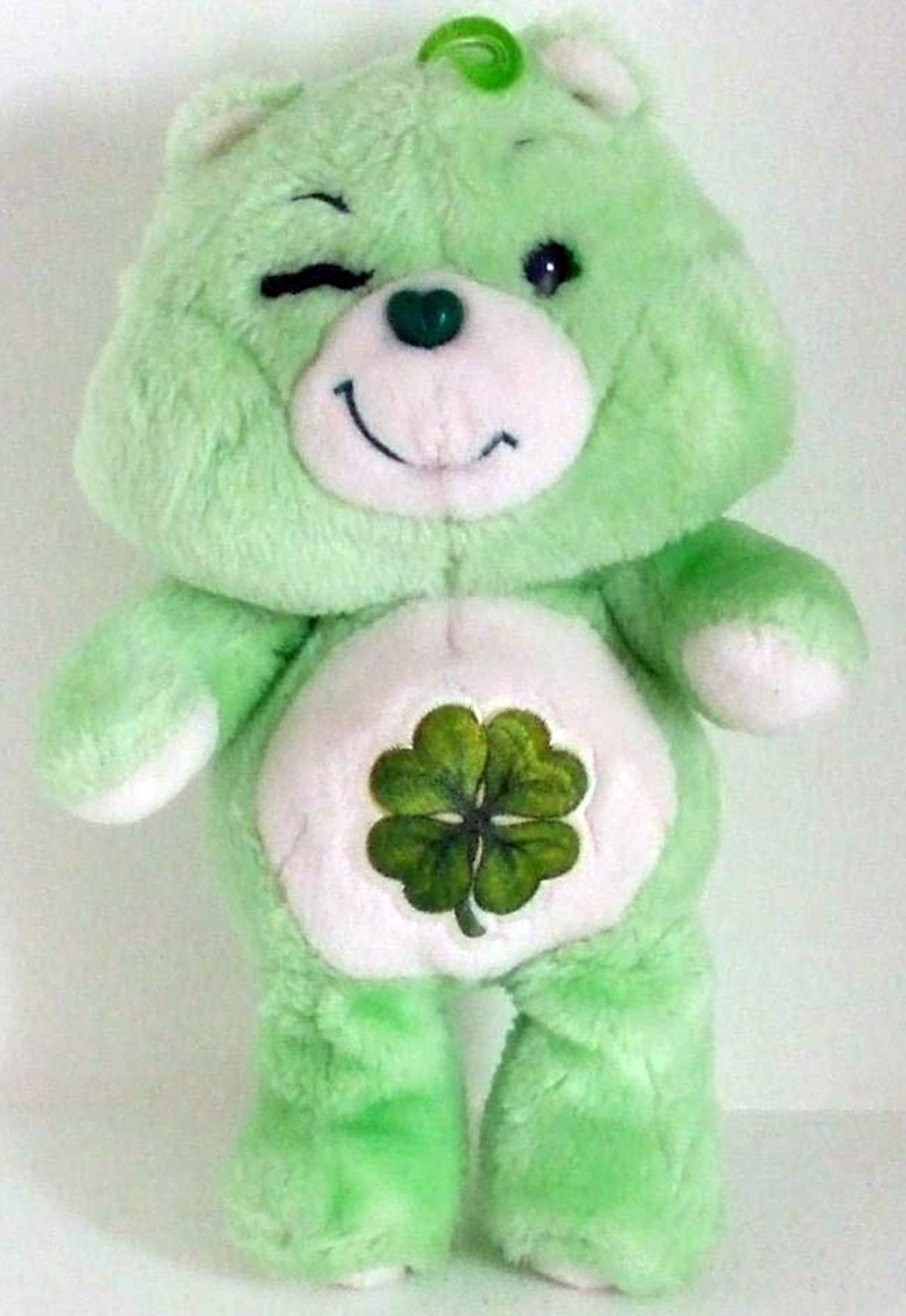 We can all remember squeezing our Glo Worm to make its head light up. But did you know that they toys were actually criticised for harming us 80s kids?

Apparently the worm’s head contained ‘phthalates’, which can be dangerous if swallowed by children! 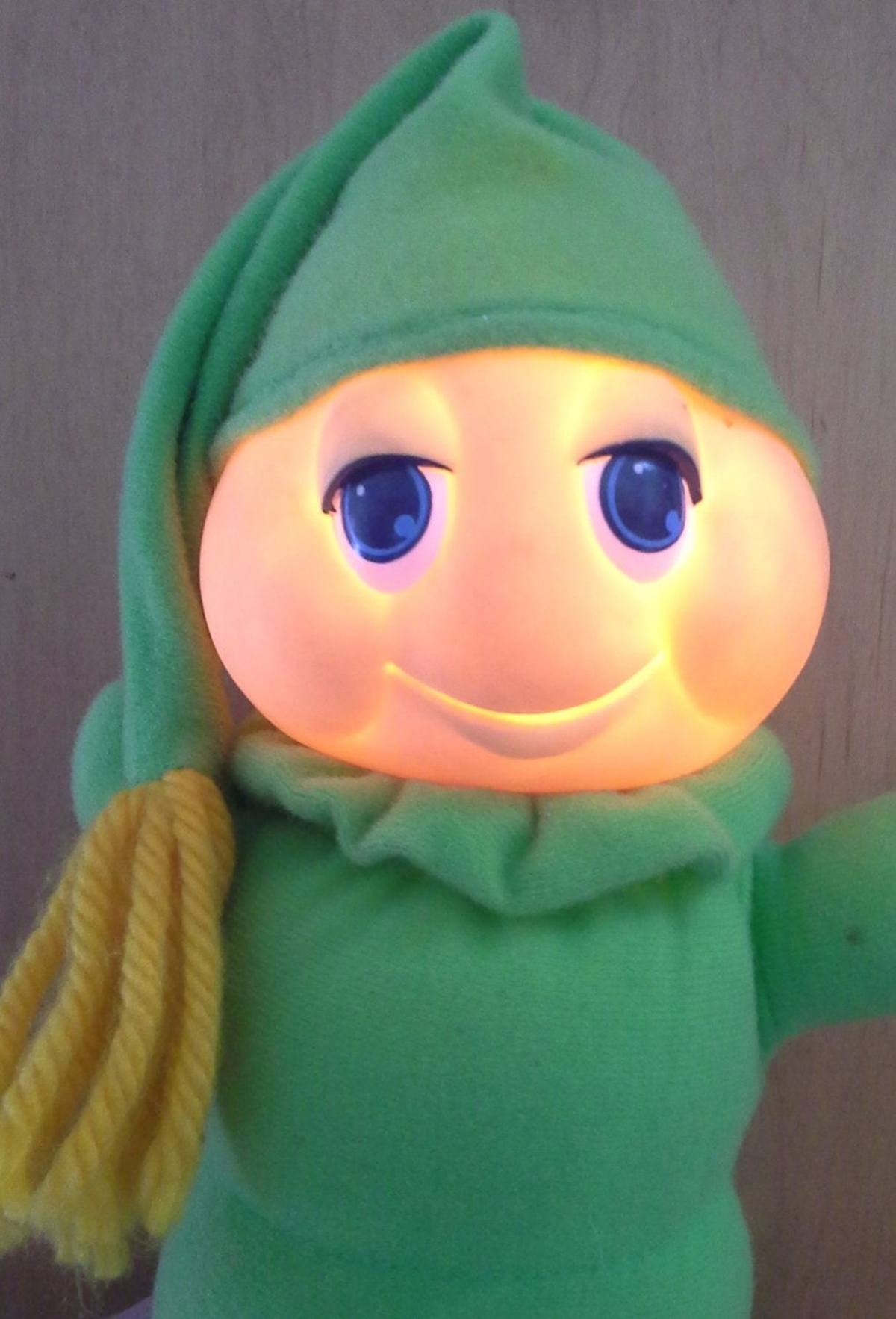 Based on a Disney cartoon which was based on the chewy sweet (we presume), we remember Gummi Bears being available both as large soft cuddly toys and also as smaller plastic figures. Which did you own? 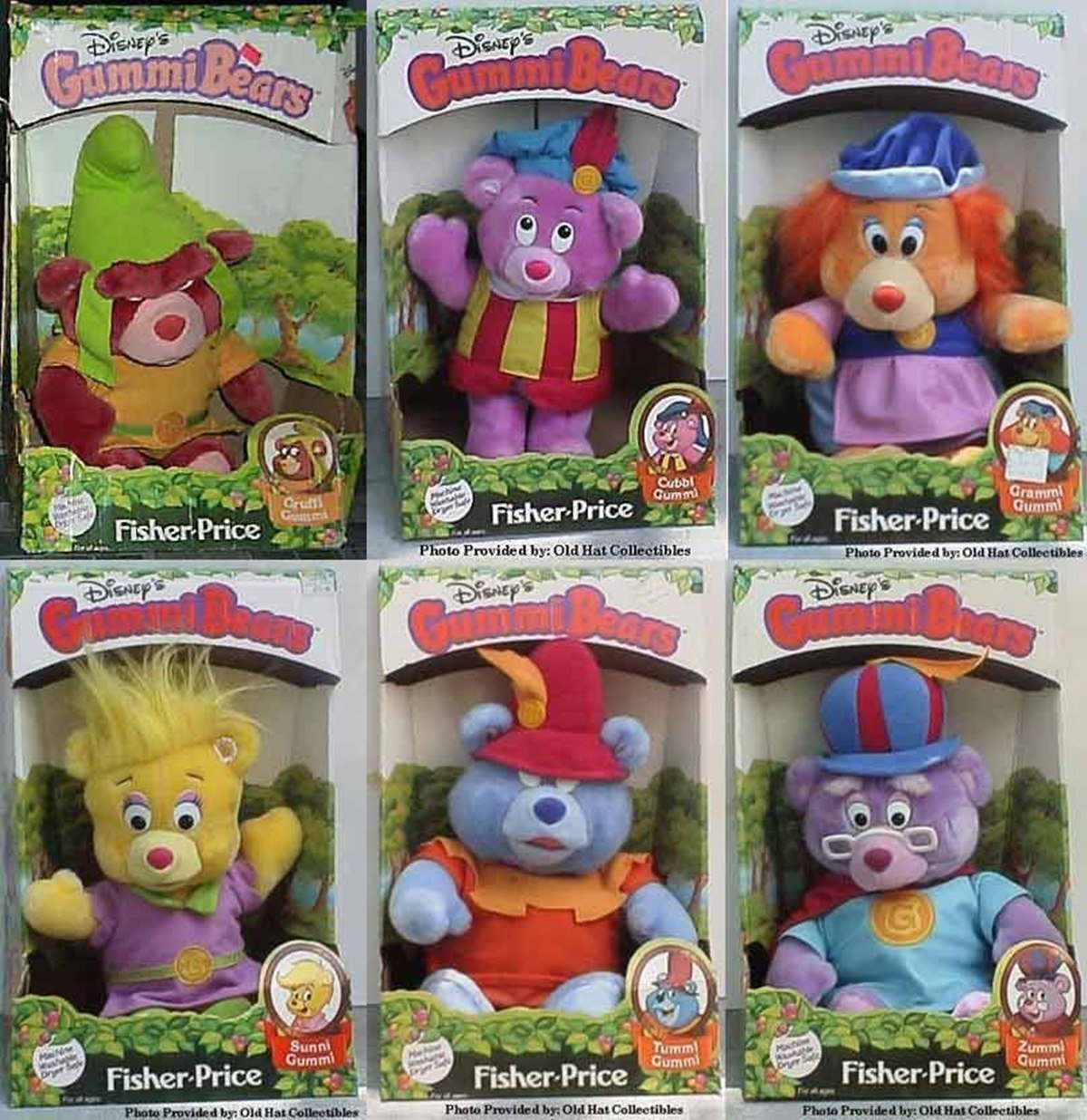 Whilst our parents refusing to buy us a real dog was of course rather cruel, the pain was softened somewhat if they instead bought one of the gorgeous Pound Puppies for us to adopt and look after.

How cute were they? 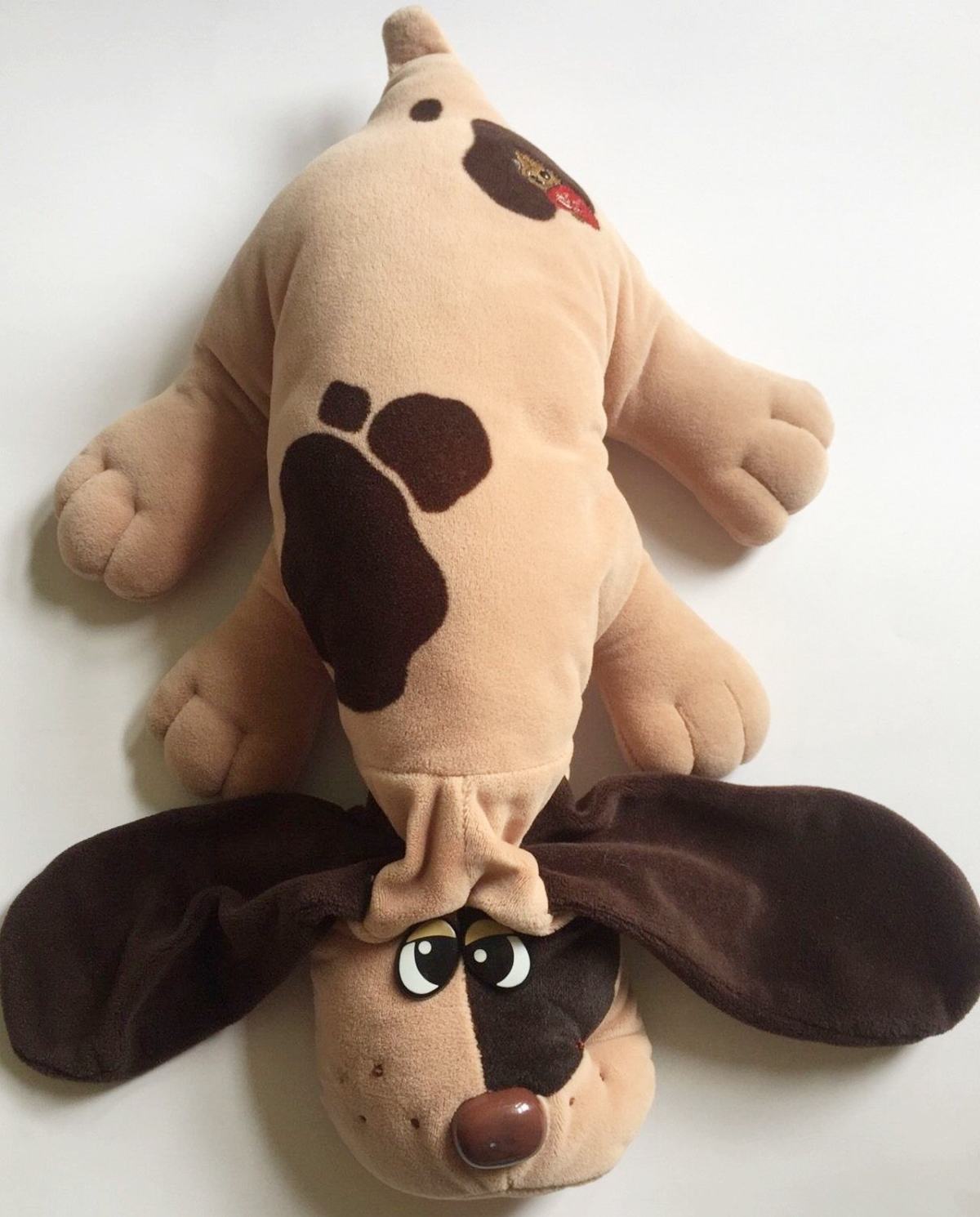 Rainbow Brite brightened up many an 80s girl’s bedroom. We of course remember the lovely soft toy, but we also remember seeing Rainbow Brite wallpaper, bed sheets, lamps, as well as the brilliant cartoon series! 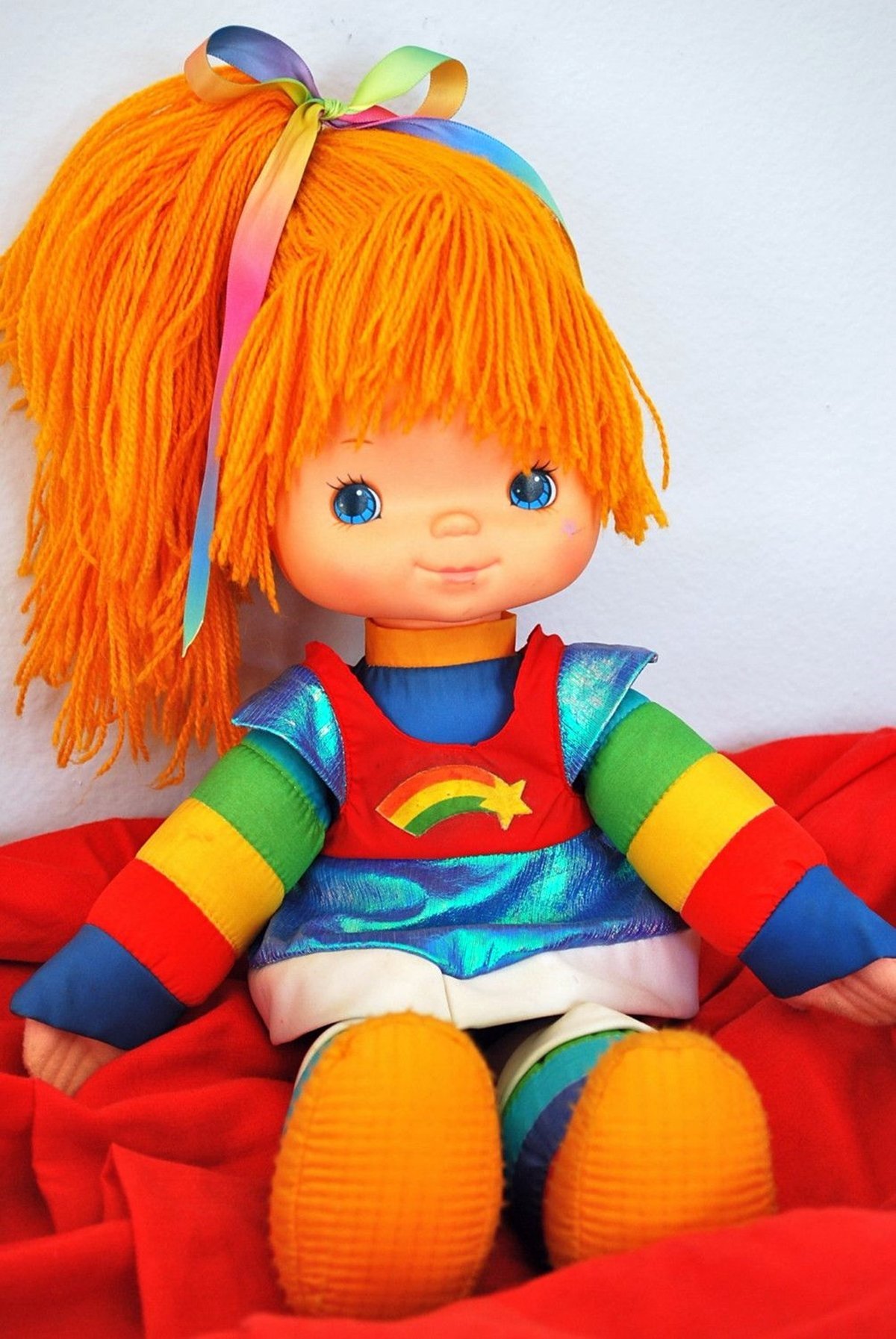 Not really a cuddly toy as such, as their bodies were made of plastic, but Snugglebumms were still extremely lovely to snuggle up alongside.

This was mainly down to their gorgeous hair that we brushed and maintained more carefully than we did our own. 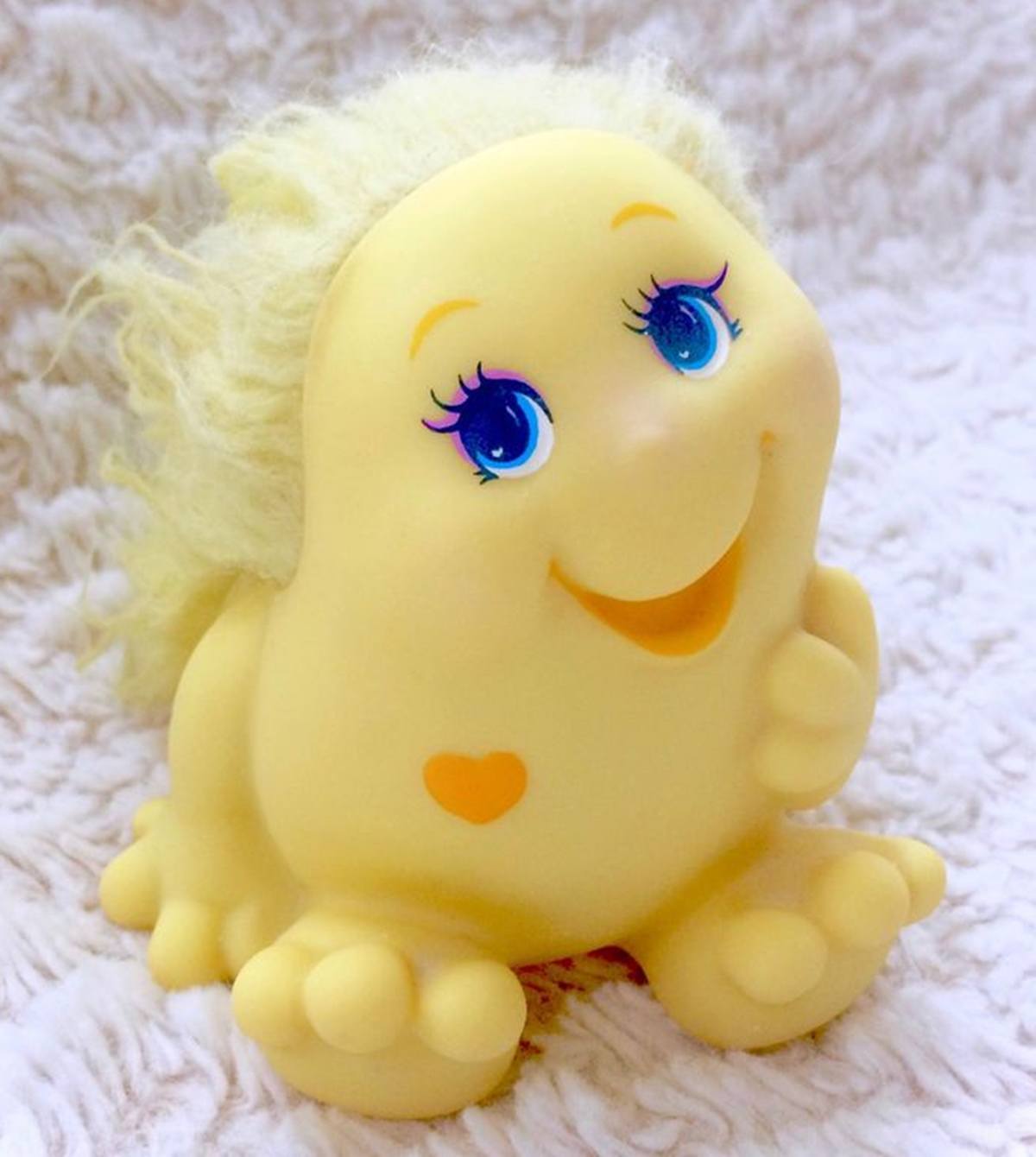 Strawberry Shortcake cuddly toys have come in many different forms over the years. Are we going completely mad or did the one we owned in the 1980s actually smell of Strawberries? 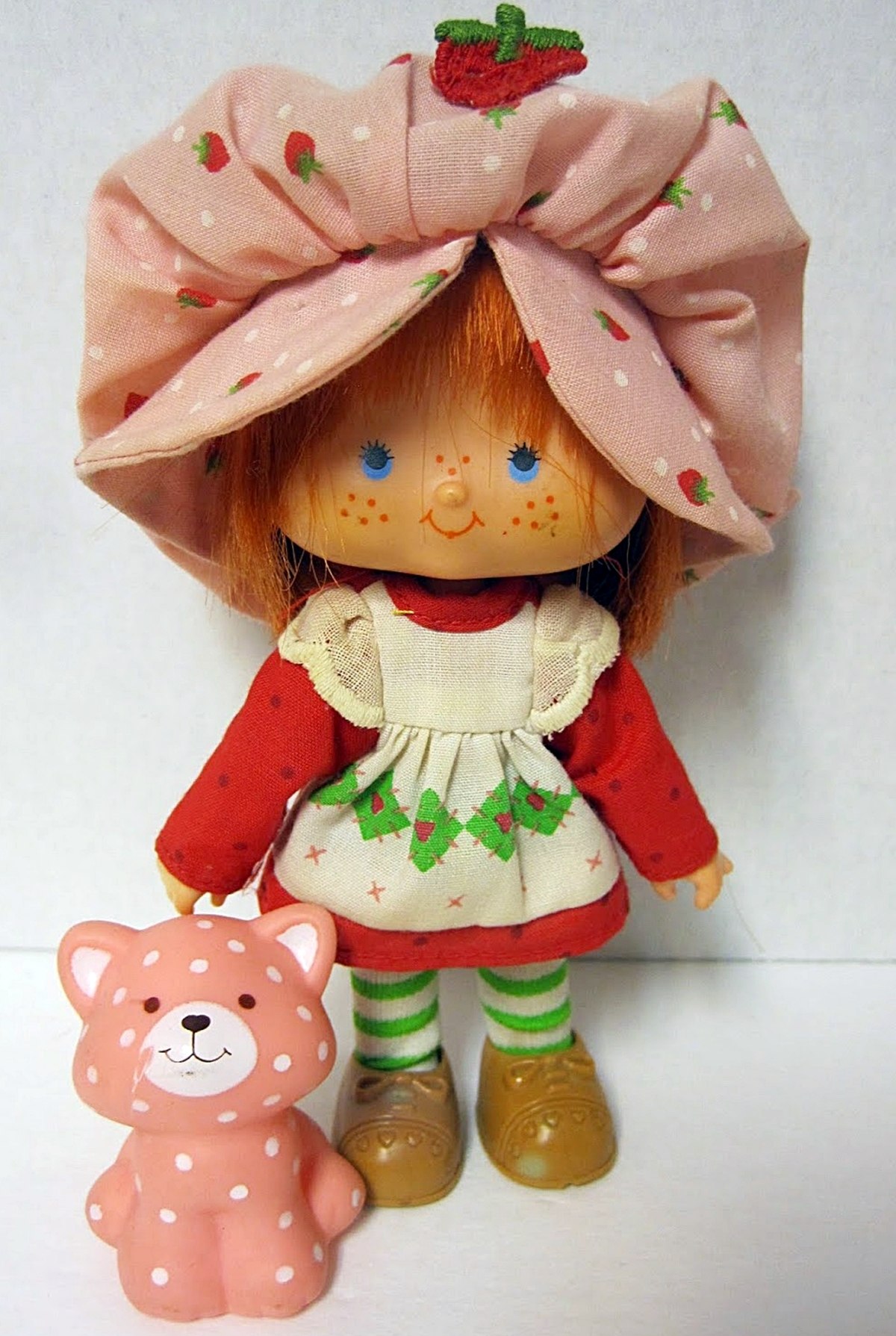 Teddy Ruxpin was the Teddy that could actually talk to us thanks to the amazing technological marvel that was cassette tapes.

Personally we found him a little bit creepy, but we can definitely see the attraction of a furry friend that actually talked and sang songs to you. 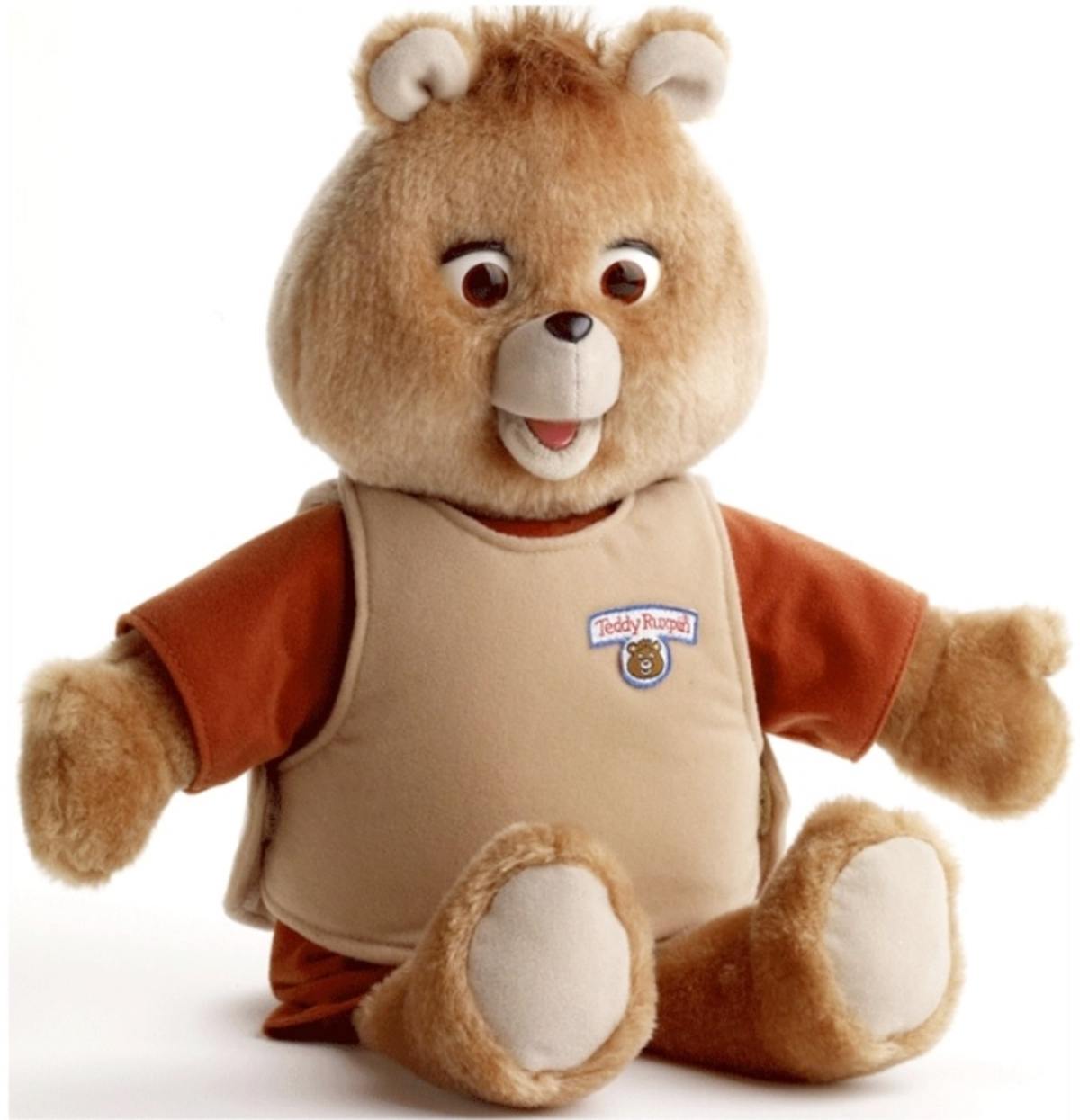 As well as the lovely soft Wuzzles cuddly toys, we also remember the popular cartoon, as well as a board game and a range of books. Which of the Wuzzles did you own? 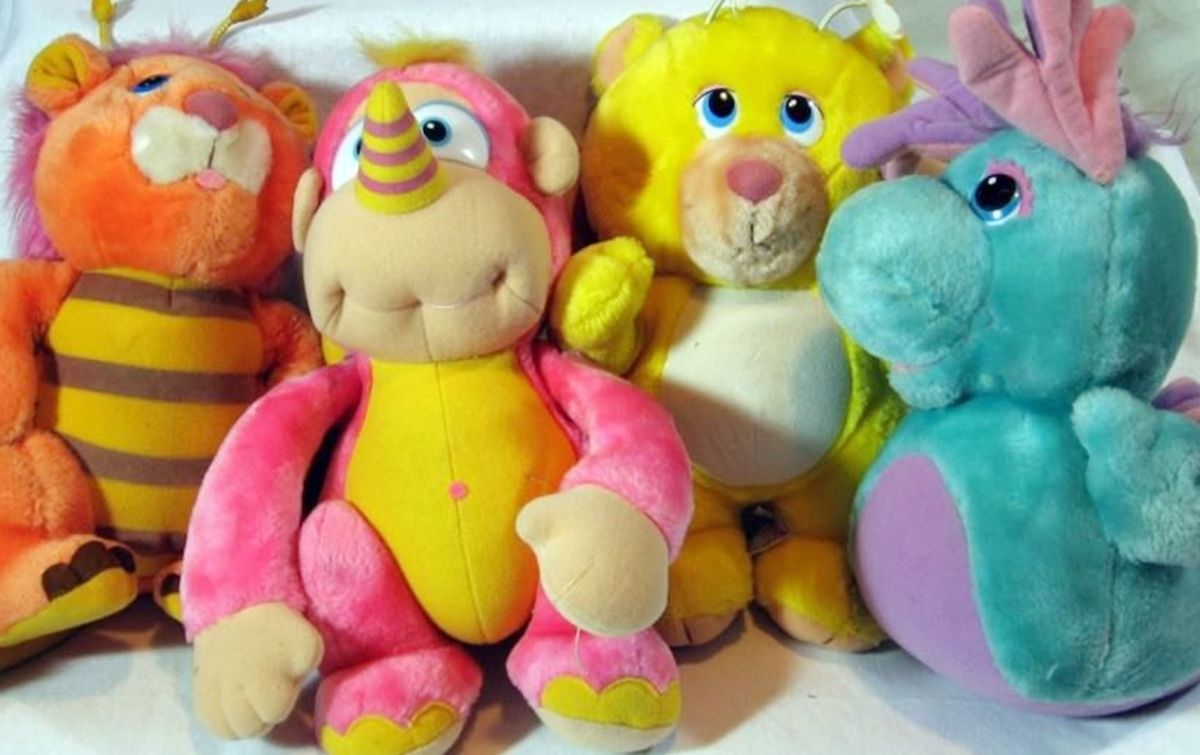 If you have enjoyed reading this post, please do spread some soft, cuddly, furry memories to your friends and family by sharing it with them!