We all have our favourite toys from the 80’s. We could spend all day listing them but there were certain toys that were so popular you could find them in pretty much every kids toy box in the country.  How many of these great toys did you own? 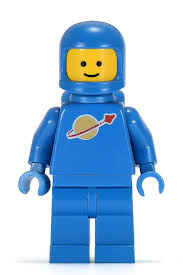 One of the first Lego figures I can remember playing with was the Lego Spaceman. With his little rocket pack on his back you were ready to join him in his space adventure. He even made a cameo in The Lego Movie in 2014. 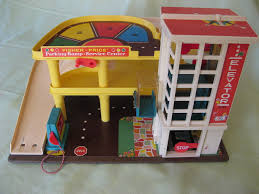 Hours were spent driving cars around this garage with its turntable and elevator. This was made of sturdy stuff and I am sure there will still be some of these around today. 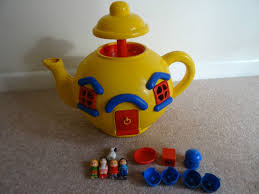 Bluebird Toys launched this imaginative toy back in 1981 and it became a must have! It came with some little toy figures and furniture. One of the most fun features was the spout which could be used as a slide. 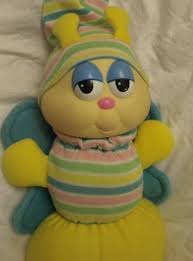 Were you afraid of the dark as a child? If you were then you may well have had one of these little guys to take to bed with you. 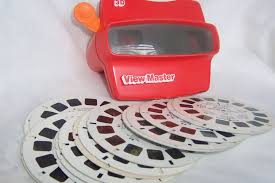 Wow! This seemed so futuristic at the time. You could transport yourself into another world with this cracking little toy! 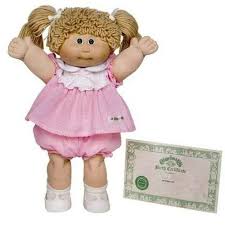 Did you have a Cabbage Patch Kid? Xavier Roberts created the dolls, originally known as Little People in 1976. The name was changed to Cabbage Patch Kids in 1981. His original dolls were adopted and readopted for large sums of money whilst the replica commercial dolls became a huge success throughout the 80’s and 90’s. 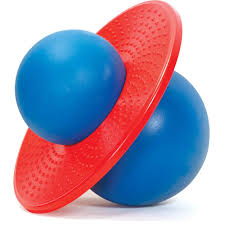 Were you really a child of the 80’s if you didn’t have a deflated Lolo Ball in your back garden. Also known as Pogo Balls, everyone was bouncing on these in the late 80’s. 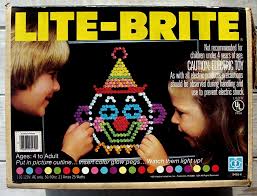 “Lite-Brite, Lite-Brite turn on the magic of coloured lights”. Another ingenious toy that was high up on most of our Christmas lists. Such a magical toy! 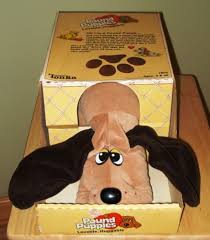 Another toy that we could adopt was the Pound Puppy. These guys came in different colours and arrived in their very own cardboard doghouse. 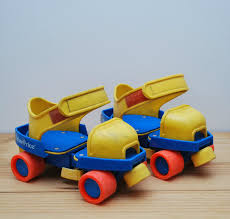 Were you brave enough to strap a pair of these to your feet? Many of us learned how to roller skate using the 1-2-3 roller skates, whilst some of us just got bumped and bruised in our uncoordinated efforts. 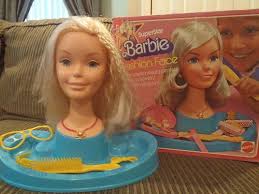 Aspiring young beauticians could finally practice their skills on a toy, rather than their younger sister or brother! You just had to make sure your older brother didn’t follow through on his promise to make Barbie bald! 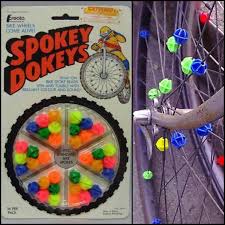 We loved our bikes and did everything we could to make them as cool as possible. Frosties reflectors, tin cans over the back wheel so it sounded like a motorbike and best of all Spokey Dokeys!