Killer doll classic Child’s Play is one of the enduring horror hits of the 80s, the first in a franchise that continues to this day. Things may have been very different, however, if only the original plan for the character had stuck. When the 1988 shocker was first screened to audiences, the voice of Chucky was provided not by actor Brad Dourif, but by a late comedy star.

To date, a host of performers have played Chucky in various guises, including dwarf actor Ed Gale, Mark Hamill (voice of Chucky in the 2019 Child’s Play reboot) and, most iconically, Brad Dourif. So far, Dourif has voiced Chucky through seven films plus a TV series, beginning with the original 1988 Child’s Play – a film he originally didn’t lend his vocals.

Technically, the first person to ever voice Chucky was actress Jessica Walter. The late Arrested Development star recorded a full audio performance in the role of the murderous rubber toy, but her voice was replaced by Dourif’s at the last minute, following a disastrous test screening of the film. 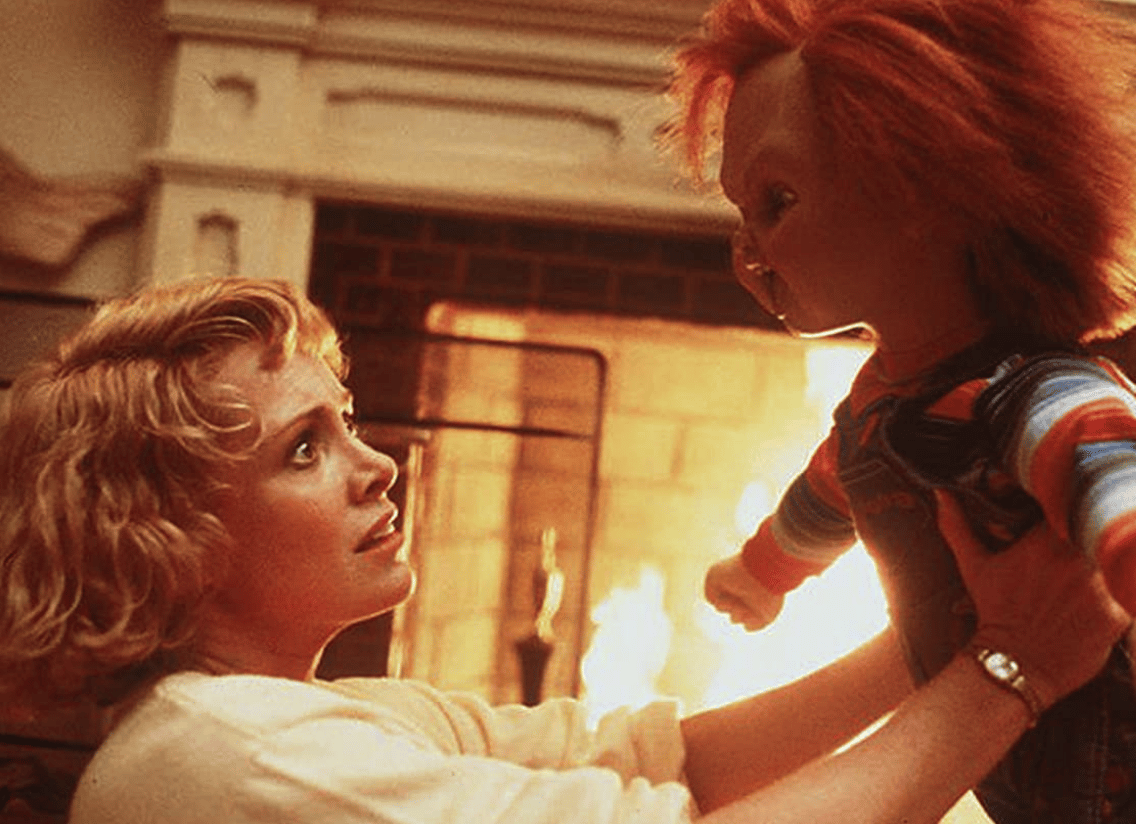 Directed by Fright Night’s Tom Holland (not to be confused with his namesake, the Spider-Man actor), Child’s Play was the first produced screenplay of writer Don Mancini, who has remained the writer on every subsequent film in the series.

Mancini’s first draft of the script (initially called Batteries Not Included, before the clashing Steven Spielberg production of the same name necessitated a new title) saw a rubber doll come to life in a homicidal rage after absorbing the subconscious rage of his young owner.

Feeling this idea was too abstract and made the child the villain, director Holland and screenwriter John Lafia re-wrote the script to instead make the doll possessed with the soul of a serial killer.

Once work on the film got underway, the small but key role of the killer Charles Lee Ray was given to Brad Dourif, the Oscar-nominated star of One Flew Over the Cuckoo’s Nest. Early in production, Dourif shot his one scene as the mortally wounded Ray, who recites a voodoo incantation to transfer his soul to the ‘Good Guy’ doll Chucky – but originally, this was to be the full extent of the actor’s role. 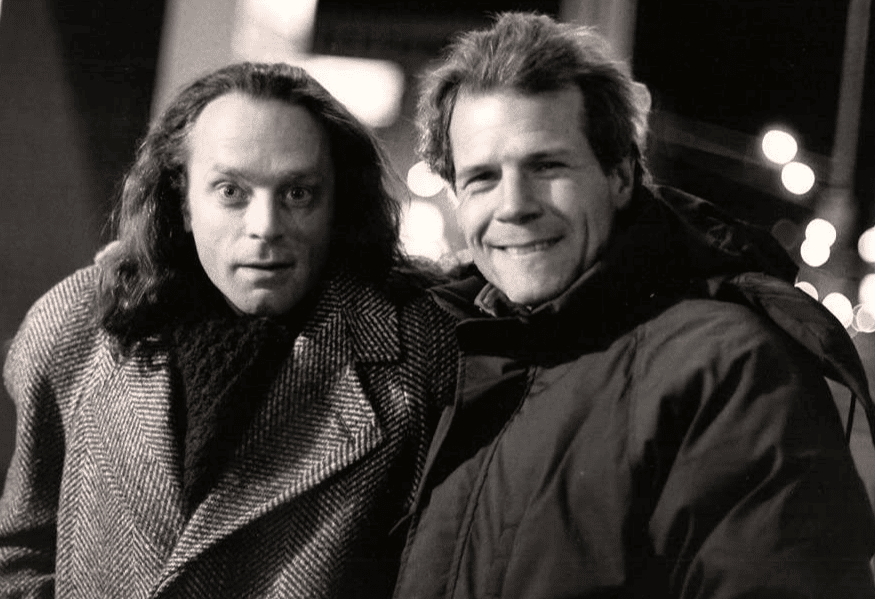 In post-production, Holland and co. considered a number of different ways to give the evil doll a voice. The director recalls, “I tried to use an electronic overlay to the voice, like a Robbie the Robot kind of thing, because that’s how the toys with sound chips worked.”

When this approach proved unsuccessful, Holland knew that a real-live actor was required – but Brad Dourif had moved on to Tobe Hooper’s horror movie Spontaneous Combustion, meaning he wasn’t available to record Chucky’s dialogue.

In Dourif’s absence, Holland decided on a perhaps unlikely candidate to take over as the voice of Chucky: Jessica Walter. 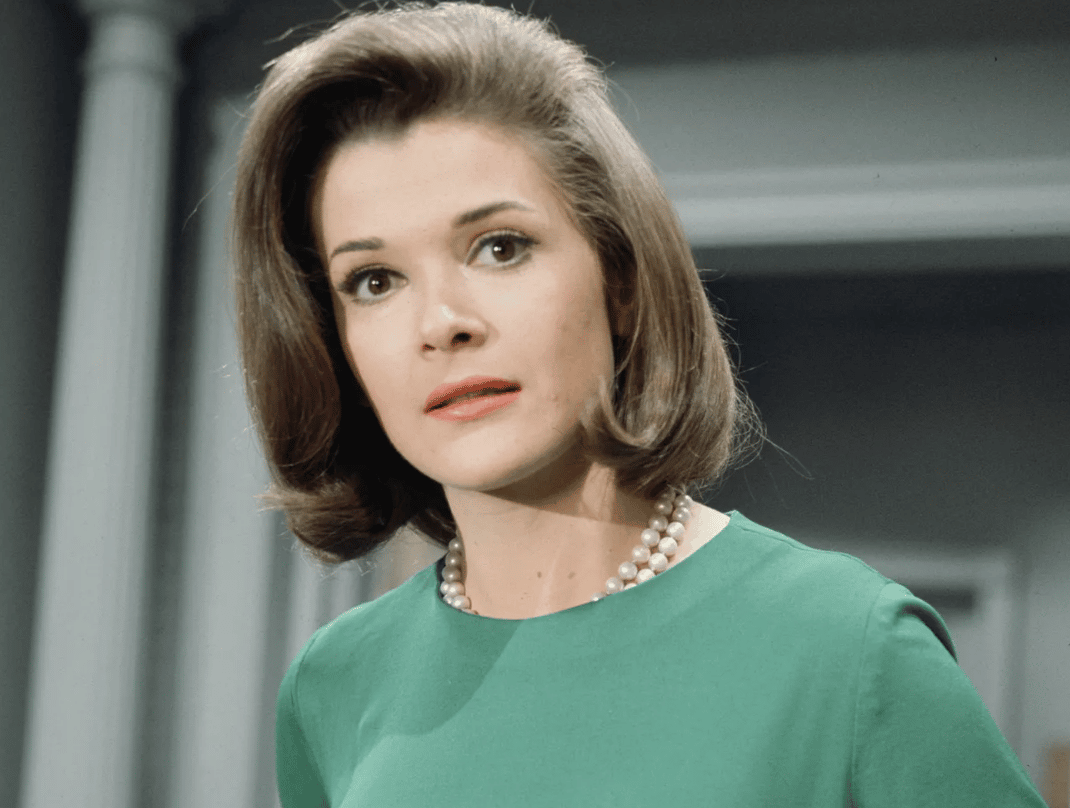 Walter, who was in her late 40s at the time, had been a working actress since the early 60s. She got her big break in 1971’s Play Misty for Me, the directorial debut of Clint Eastwood. Walter gave a sinister turn as an obsessive fan of Eastwood’s radio DJ, and her acclaimed performance earned her a Best Actress nomination at the Golden Globes.

On the strength of that performance, Holland felt that Walter had what it took to bring Chucky to life, and didn’t consider her gender an impediment. Writer Don Mancini explains, “Tom’s logic was that the voice of the devil was done by a woman in The Exorcist. But her voice, while being creepy, just didn’t fit.”

As Holland acknowledged, The Exorcist actress Mercedes McCambride (who chain-smoked and chugged whiskey and raw eggs to roughen her voice) was “a lot tougher than Jessica was; she had a more masculine, meaner presence.” 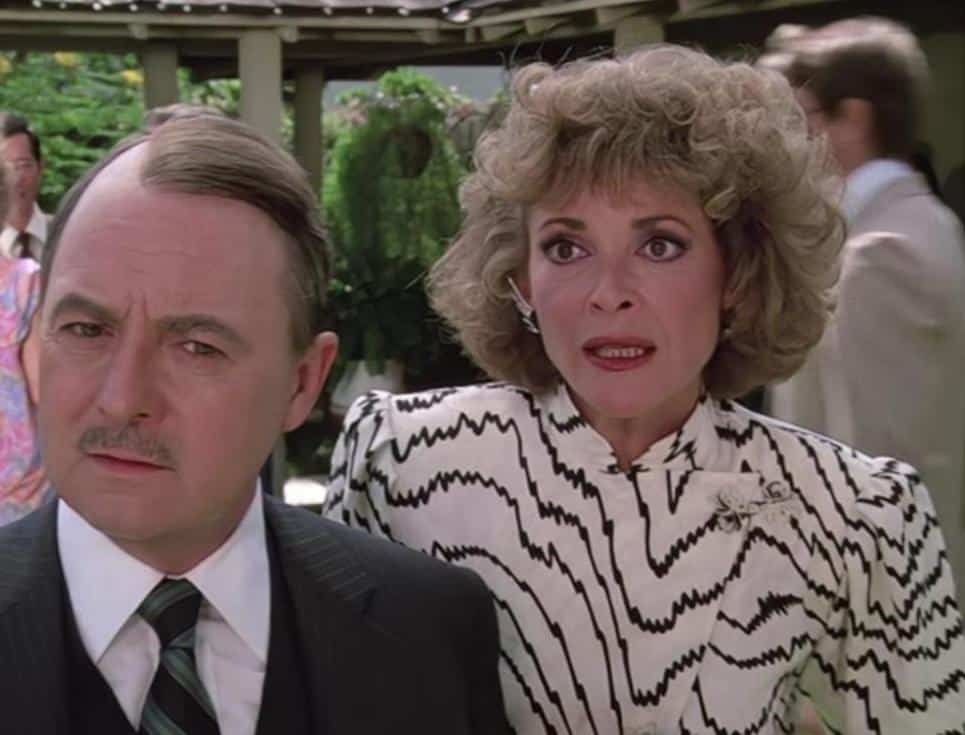 “I had [Walter] in, and she voiced him, and she was terrific…”, Holland has said. At a test screening of an early, two-hour rough cut of Child’s Play featuring Walter’s voice as Chucky, however, the film got a negative response, in part because of Walter’s performance. “[W]hen I looked at it in a preview situation, it just didn’t work with the character, because the doll was obviously a boy.”

As well as being “too feminine and too much a sweet, sweet lady to make this foul-mouthed, murderous male character believable,” Holland also felt that Walter “could make the threats work, but not the humour.”

Today, fans of Walter may find it hard to believe the actress couldn’t have made Chucky funny, as she has since become best known for two very funny roles indeed: Lucille Bluth in sitcom Arrested Development, and Mallory Archer in adult animation Archer. 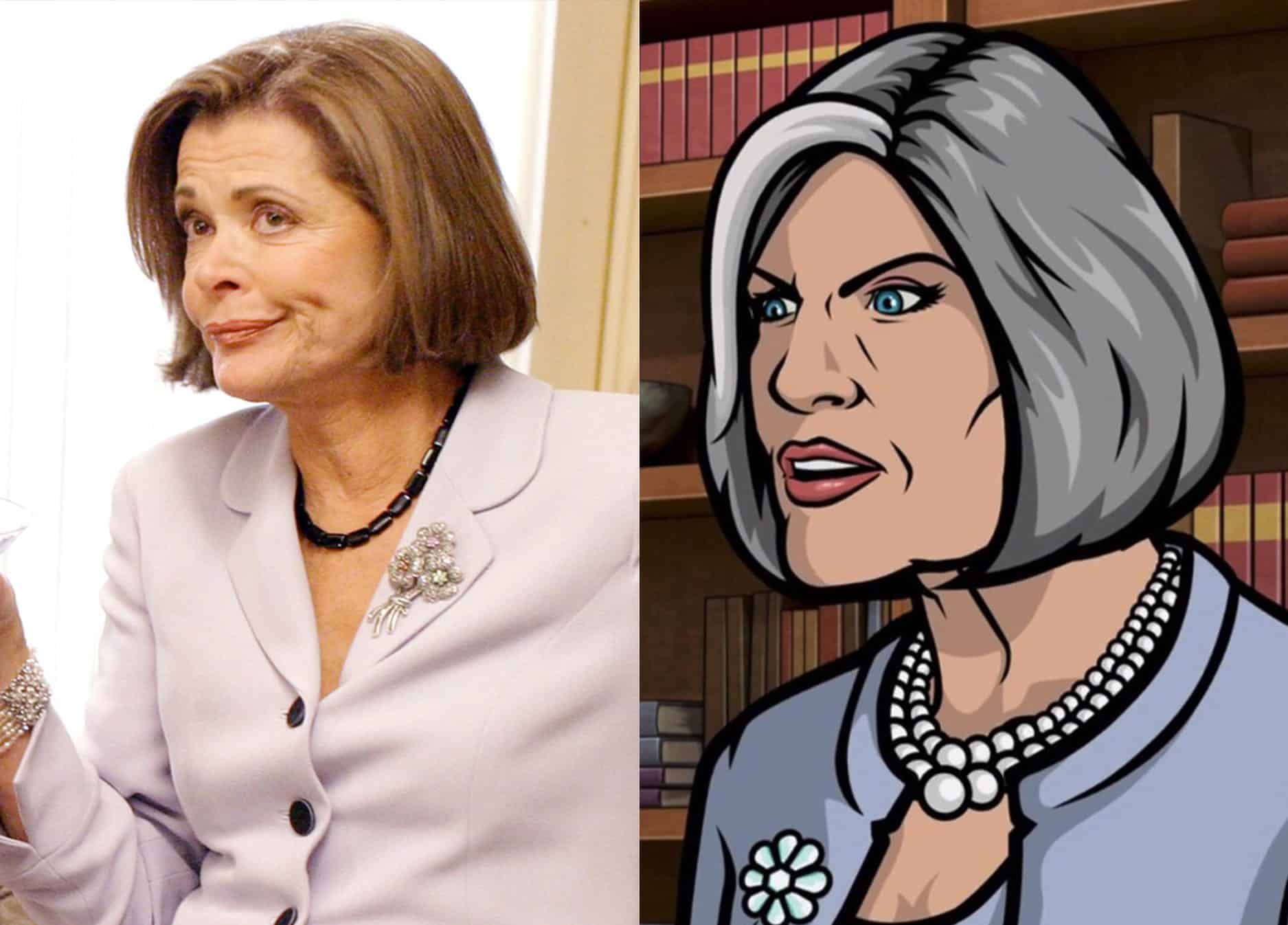 Nonetheless, following the initial test screenings, Walter’s vocal track was scrapped, and time was found in Brad Dourif’s schedule for the actor to come in and voice Chucky after all.

While a woman’s voice was deemed inappropriate for Chucky, fans got a female counterpart to the killer doll in 1998, when Jennifer Tilly joined the series as Tiffany in third sequel Bride of Chucky. 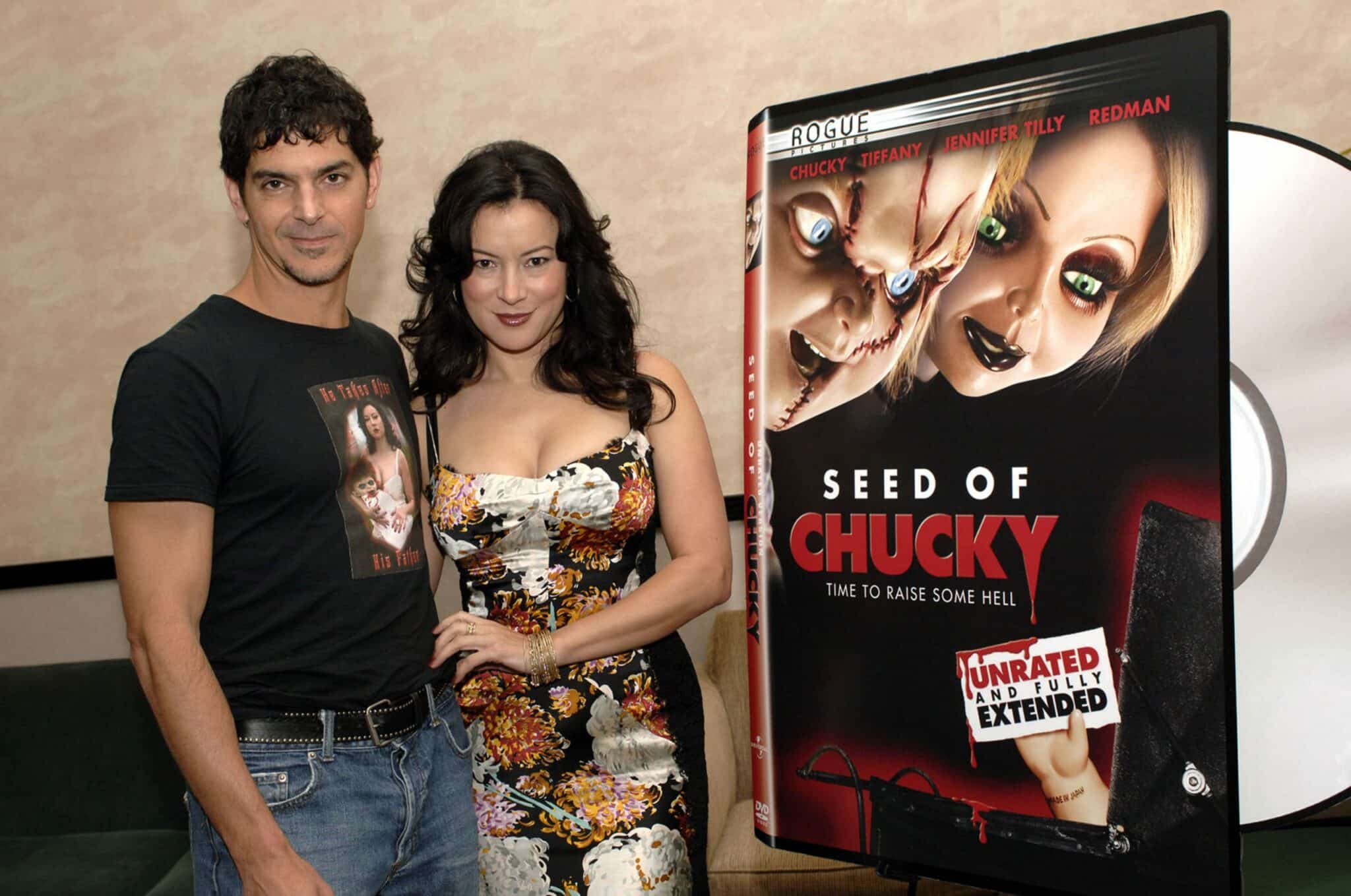 Since Jessica Walter sadly passed away in March 2021, her take on Chucky has become one of those fabled lost performances which fans would give anything to see (not unlike Eric Stoltz as Marty McFly).

But is it possible we will ever see (or rather hear) Jessica Walter’s Child’s Play? Tom Holland doesn’t think so. 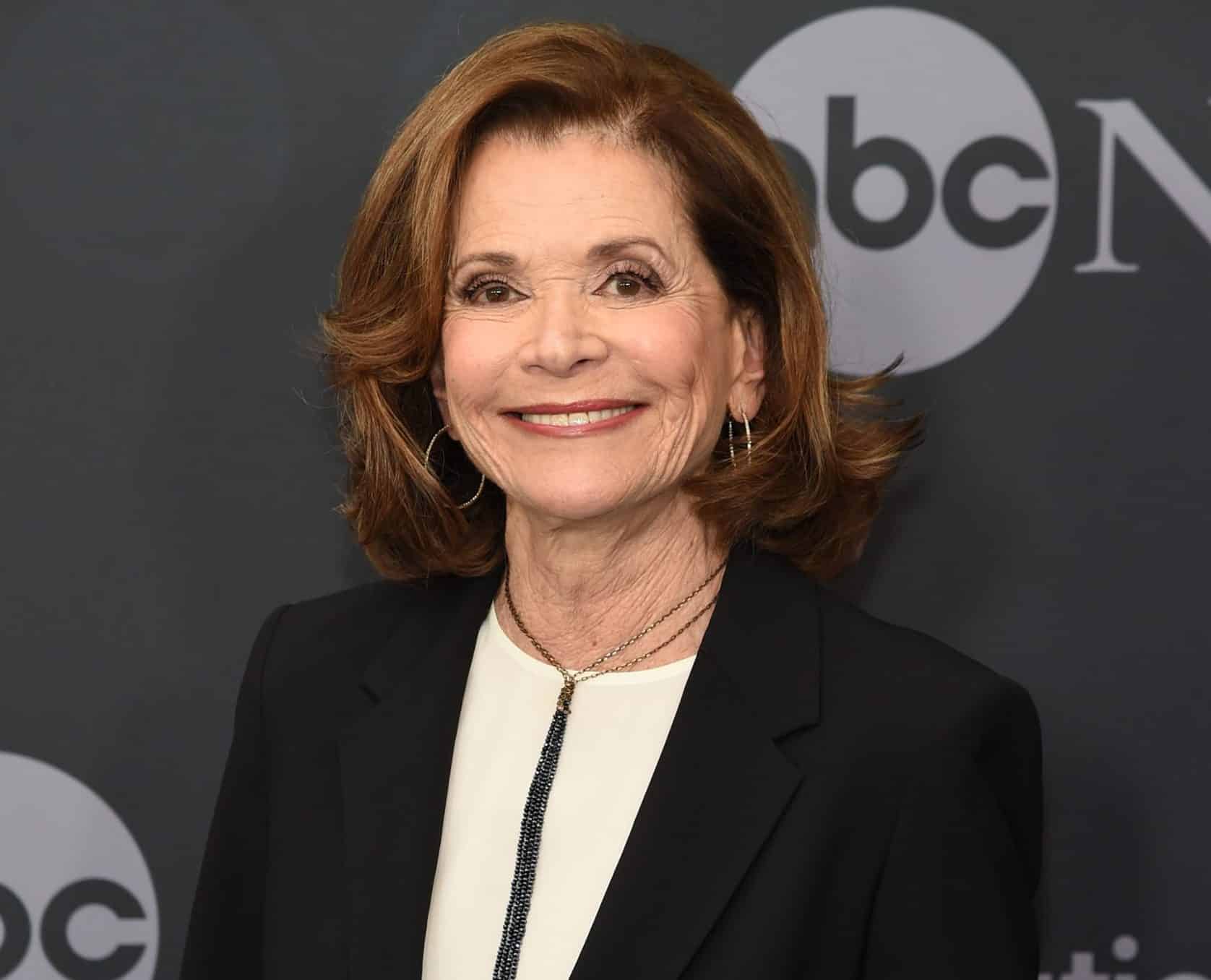 The director says of a possible Jessica Walter cut of Child’s Play, “If there was one at the time, it is long gone.” However, series creator Don Mancini isn’t so sure.

In a 2004 interview, Mancini said that, regarding the unused footage from Child’s Play, “we really felt that by withholding this footage, we were performing a public service. It’s locked up in a vault somewhere in the valley, along with vocal tracks on which actress Jessica Walter performs the voice of Chucky”.

Here’s hoping Mancini one day changes his mind and releases the Walter recordings.