Amazing Facts You Never Knew About Batteries Not Included

Batteries Not Included is a classic family film, but one that seems to have been unfortunately forgotten by many. A charming tale of alien visitors who come to help out an elderly couple and the residents of an apartment block, the film is definitely worth digging out again. Let’s take a look back at Batteries Not Included with some facts you never knew.

10. Hume Cronyn and Jessica Tandy were married in real life for 52 years 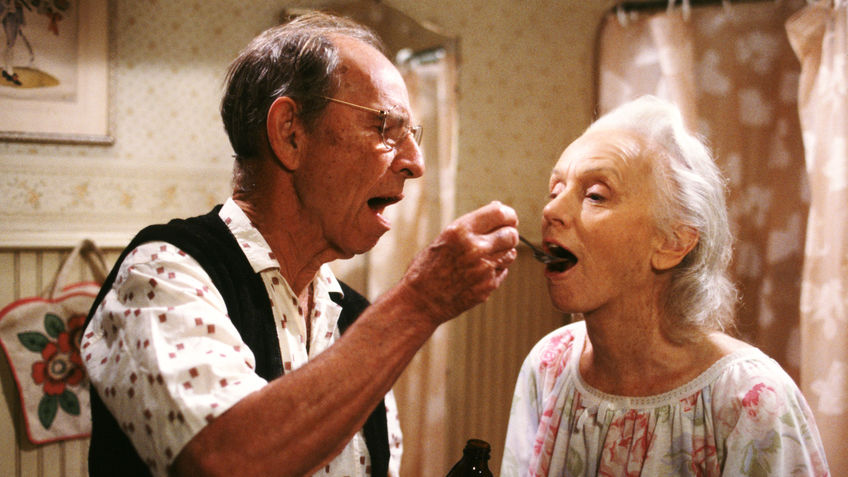 Frank and Faye are played by Hume Cronyn and Jessica Tandy, two Hollywood stars who were married in real life for decades. This certainly helped the chemistry on screen, but it also provided the film with some key props.

There are photos of Frank and Faye from their younger days in the café and apartment, all of which are actually real photos of Cronyn and Tandy as a couple.

9. It was originally going to be an episode of TV series Amazing Stories 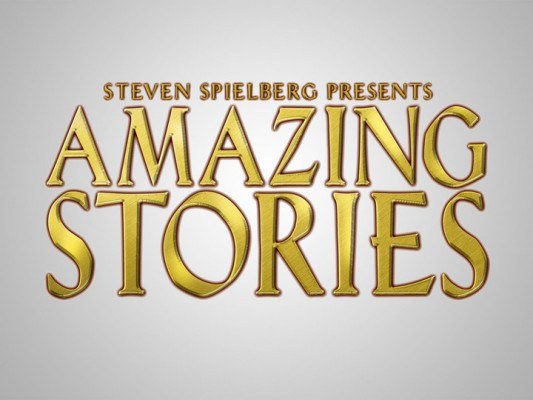 Batteries Not Included was originally conceived as an idea for a story to be used as an episode of Amazing Stories, the TV series produced by Steven Spielberg.

However, Spielberg decided that the concept was strong enough to instead be used for a full-blown theatrically released movie. 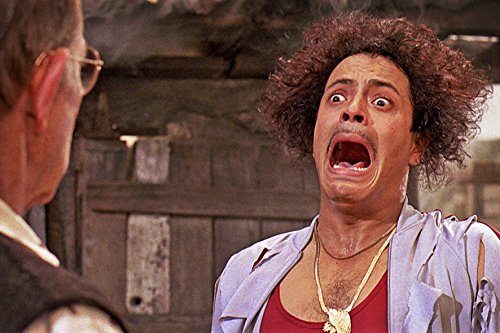 Michael Carmine, who plays Carlos in Batteries Not Included, sadly passed away of heart failure on 14 October, 1989, at the age of just 30.

In an awful twist of fate, Marisa actor Elizabeth Peña died on the same day exactly 25 years later, in 2014. She was 55.

7. The music may be familiar to Cronyn/Tandy fans 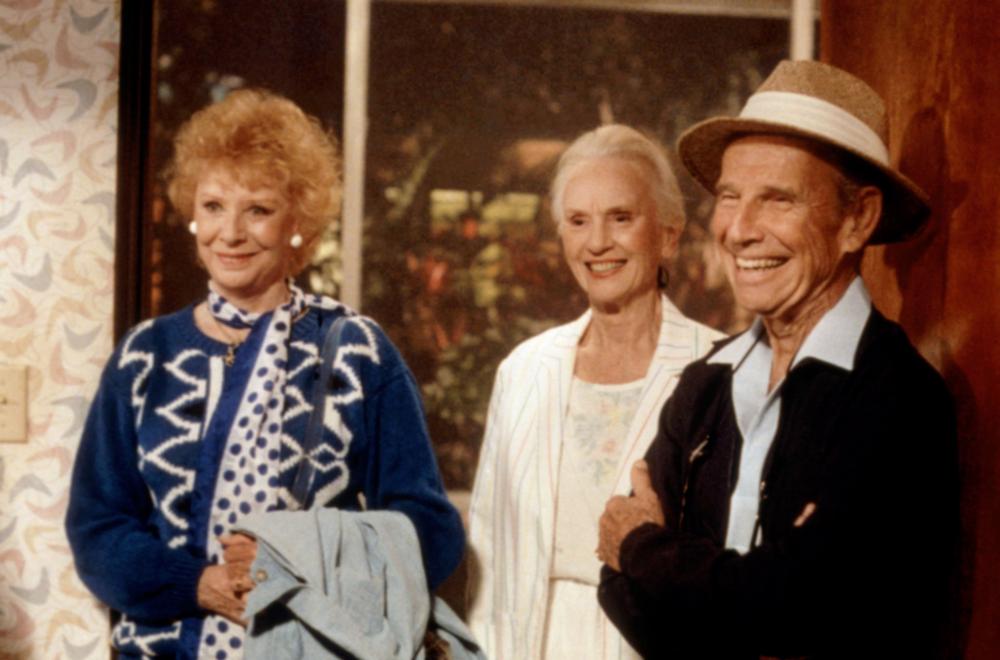 At certain points in Batteries Not Included, some soft jazz music can be heard playing that may be familiar to fans of the film’s two leads.

The same music plays in Cocoon: The Return, which also starred Hume Cronyn and Jessica Tandy.

6. A very young Luis Guzman appears in the film as a background extra 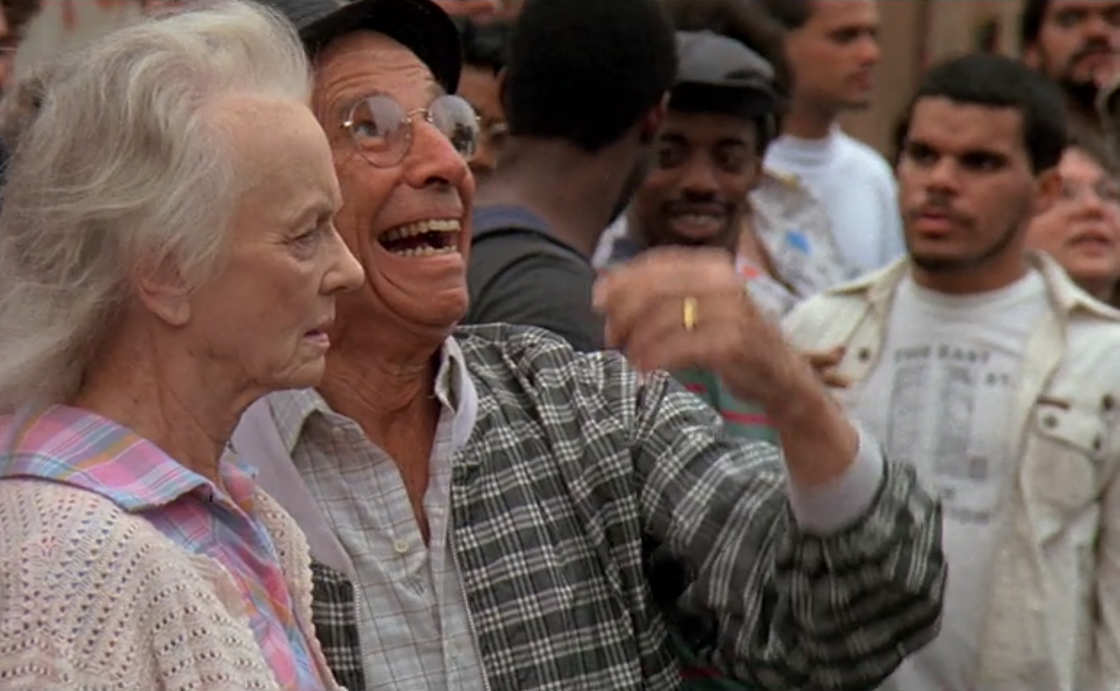 In the final scene when Harry is on top of the building, you can just see a very young Luis Guzman in the background.

Guzman would go on to enjoy great success as an actor, with roles in such acclaimed hits as Carlito’s Way, Boogie Nights and Traffic.

5. It was the first script credit of future Pixar filmmaker Brad Bird 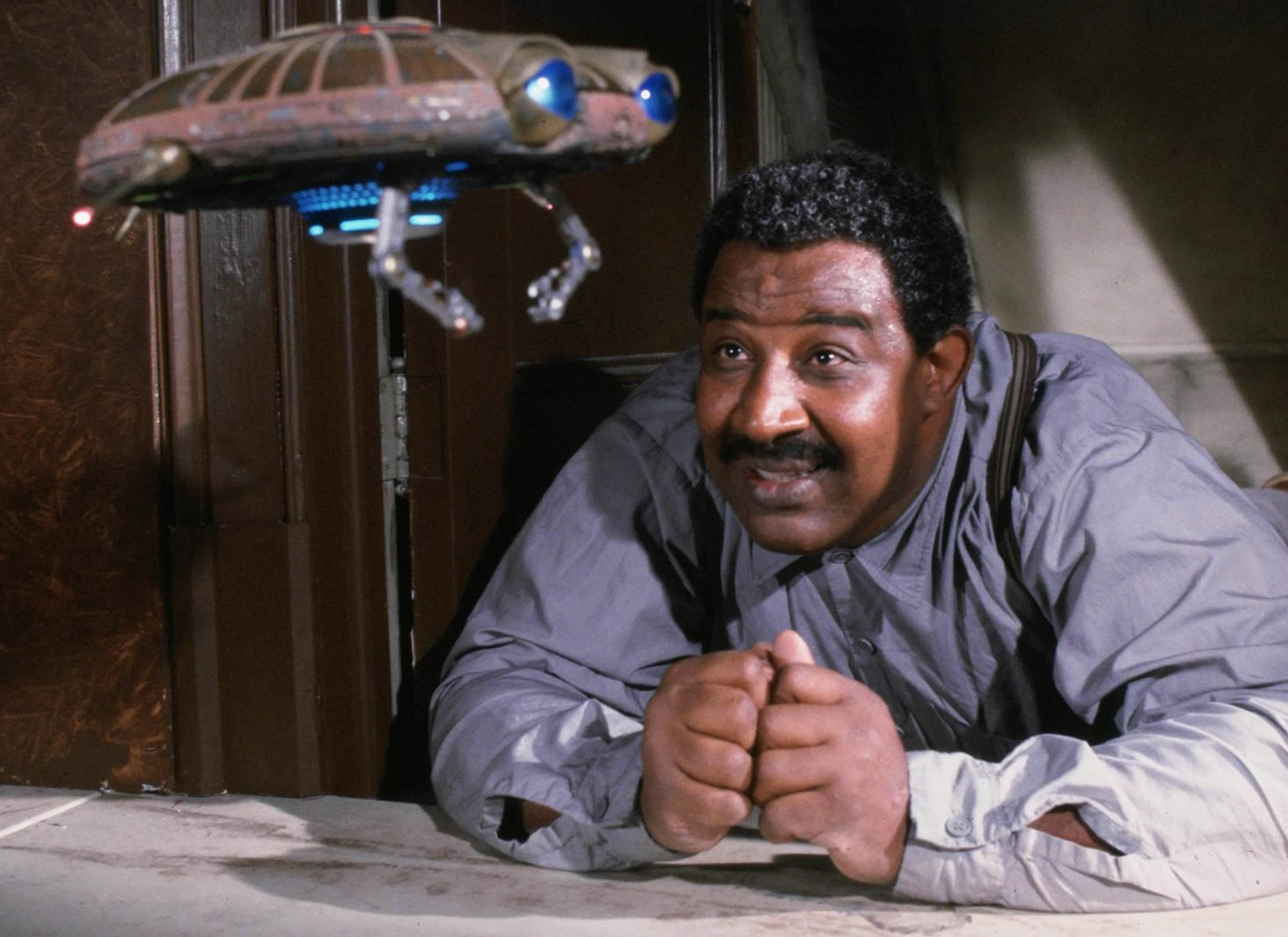 Batteries Not Included was co-written by Brad Bird. This was the first film writing credit of Bird, who would go on to write and direct the hit animated movies The Iron Giant, The Incredibles and Ratatouille.

The script for Batteries Not Included was co-written by director Matthew Robbins, plus writers Brent Maddock and S.S. Wilson (who also co-wrote the Short Circuit and Tremors movies).

4. The film was given a very different title for its international release 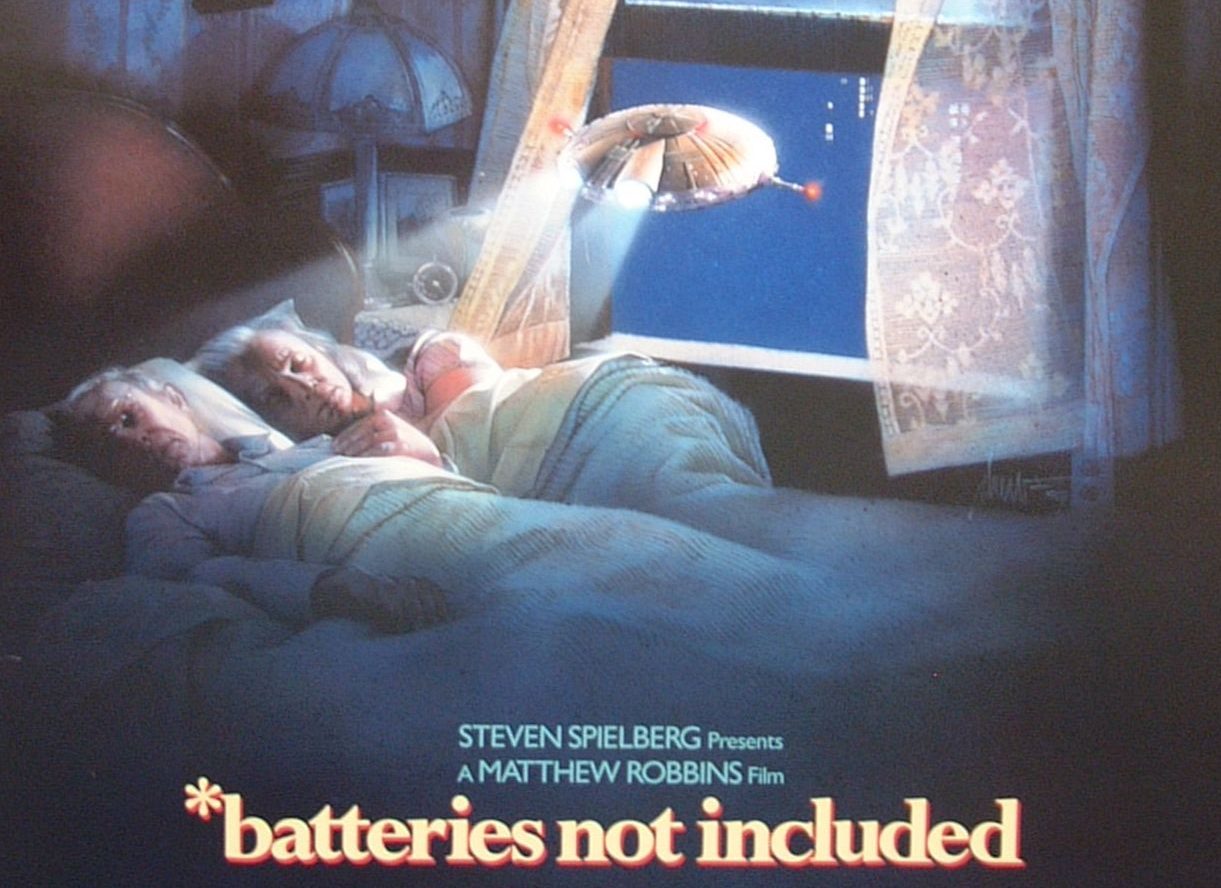 The film’s title (stylised as *batteries not included) refers to the toy-like appearance of the tiny alien machines featured in the movie. However, when the movie was distributed worldwide, a very different title was used in its place.

The film was retitled Miracle on 8th Street for its release in the Swedish, Finnish, French, German, Italian, Portuguese and Latin American markets.

3. The apartment building and diner were sets built in a real neighbourhood 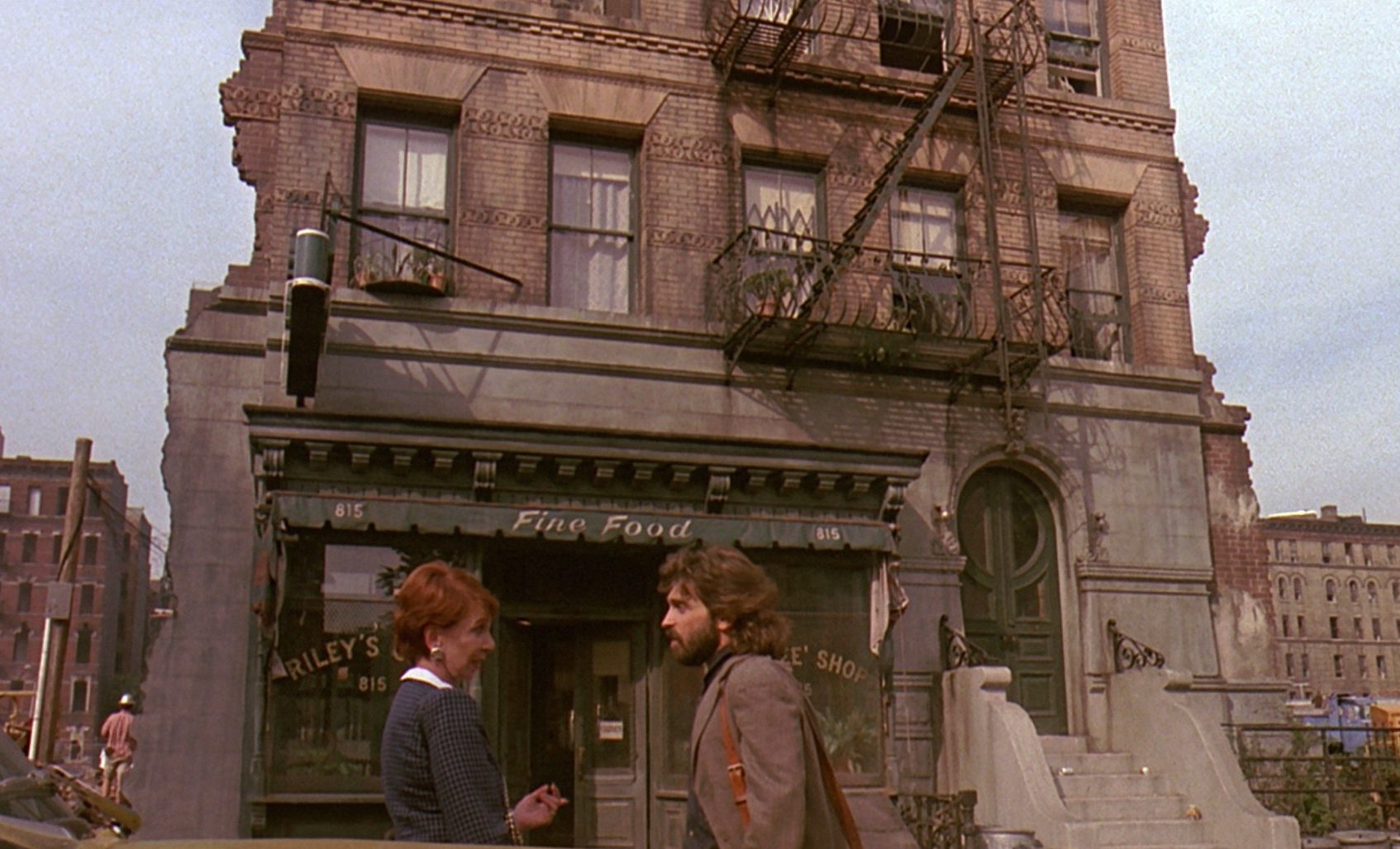 Because the film centres on a lone, crumbling tenement building in a street where all the other buildings had been demolished, the filmmakers decided to build an entirely new facade of a building in an actual run-down area.

The sets were so convincing, some local residents mistook the diner for a real place, and the local sanitation department sent out a truck to pick up the prop garbage piled outside. 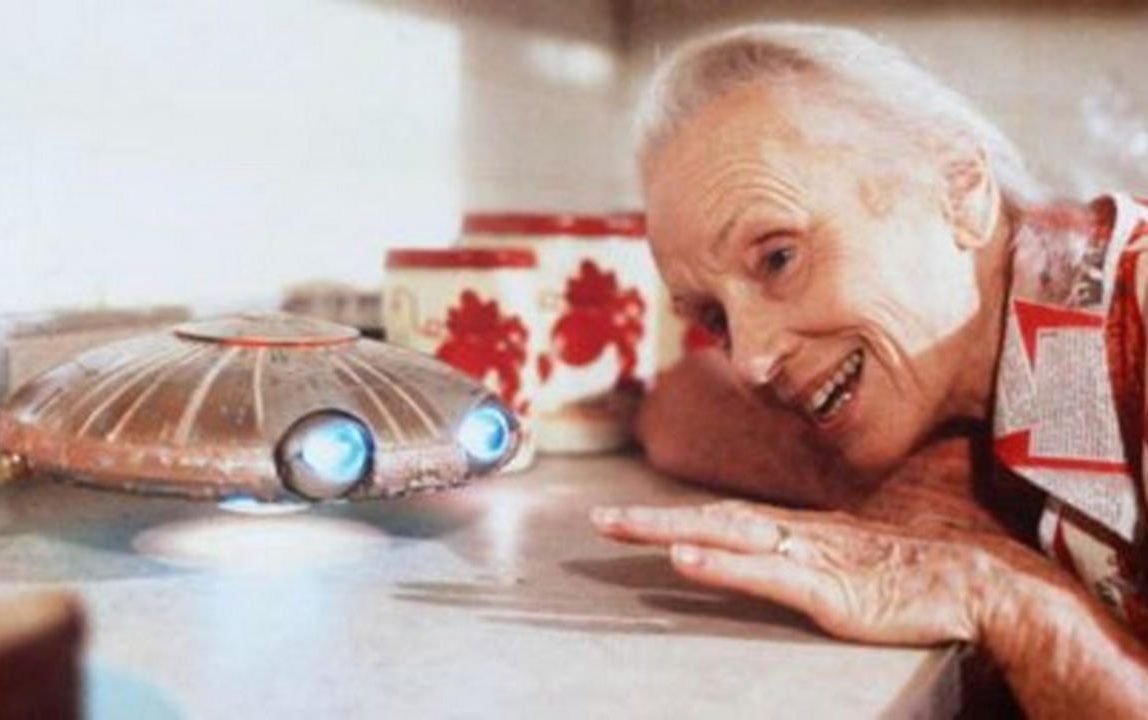 Batteries Not Included was almost completely overlooked by the most prestigious awards shows. However, the film was honoured by the Saturn Awards, which celebrates the best in sci-fi, fantasy and horror filmmaking.

Jessica Tandy was named Best Actress at the 15th Saturn Awards in 1987. Batteries Not Included was also nominated for Best Fantasy Film, but missed out on this award to The Princess Bride.

1. It was was a modest critical and commercial success 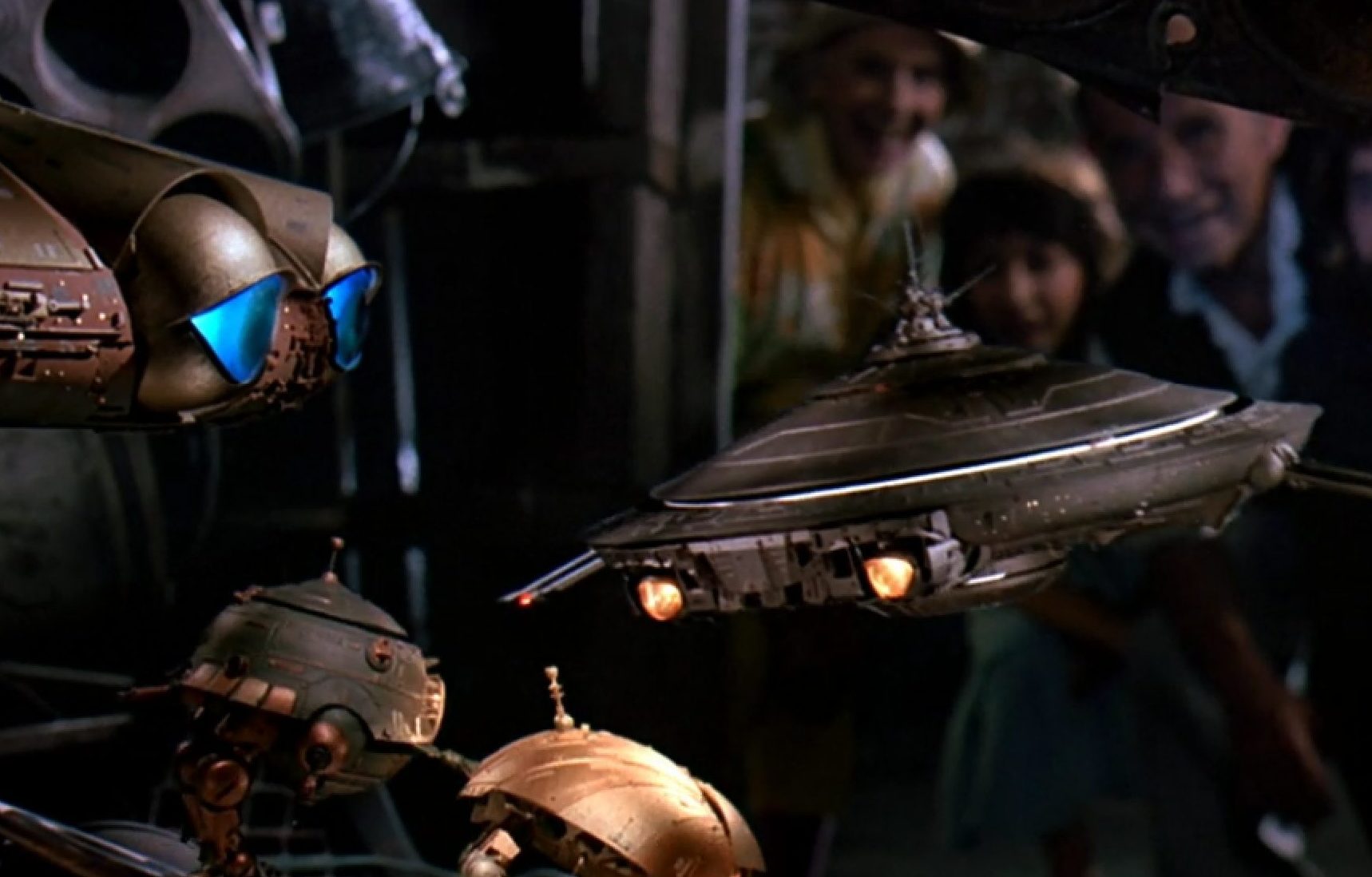 In the mid-80s, it seemed that almost anything with Steven Spielberg’s name attached was a guaranteed blockbuster – but Batteries Not Included was only a minor hit.

Having cost $25 million to make, the film took $65 million at the box office, and the reviews were mostly positive but hardly gushing with praise.