As far as titans of the horror genre go, Child’s Play has always been kind of the underdog. It’s fairly well-known and recognisable, but Chucky still ranks below Jason, Micheal and even Freddy Krueger as far as villains are concerned. Not only that, but several of the movies have been relegated to straight to DVD status, which means there are a ton of awesome and terrifying moments that many horror fans have missed out on.

With that said, the Chucky reboot hitting cinemas right now promises to give the old killer doll a new lease of life, and even a new coat of paint. So, before we delve into the new terrifying instalment, we’re looking back on ten things you might not have known about the classic Child’s Play franchise.

10. The original drafts of the script didn’t feature a possessed doll 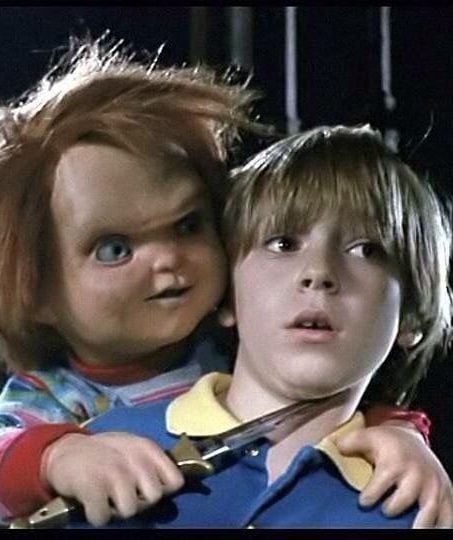 The story of Chucky is so famous that even people who have never seen it can say what it’s about. Everybody knows about the killer doll possessed by a serial killer looking for souls, even though the original pitch for the movie was way different.

In original drafts of the script, Andy wasn’t the cute and innocent owner of Chucky being manipulated, but an angry and resentful kid constantly lashing out. In this version, the doll absorbed all of Andy’s anger and desire for revenge, which possessed the doll to kill of its own accord. 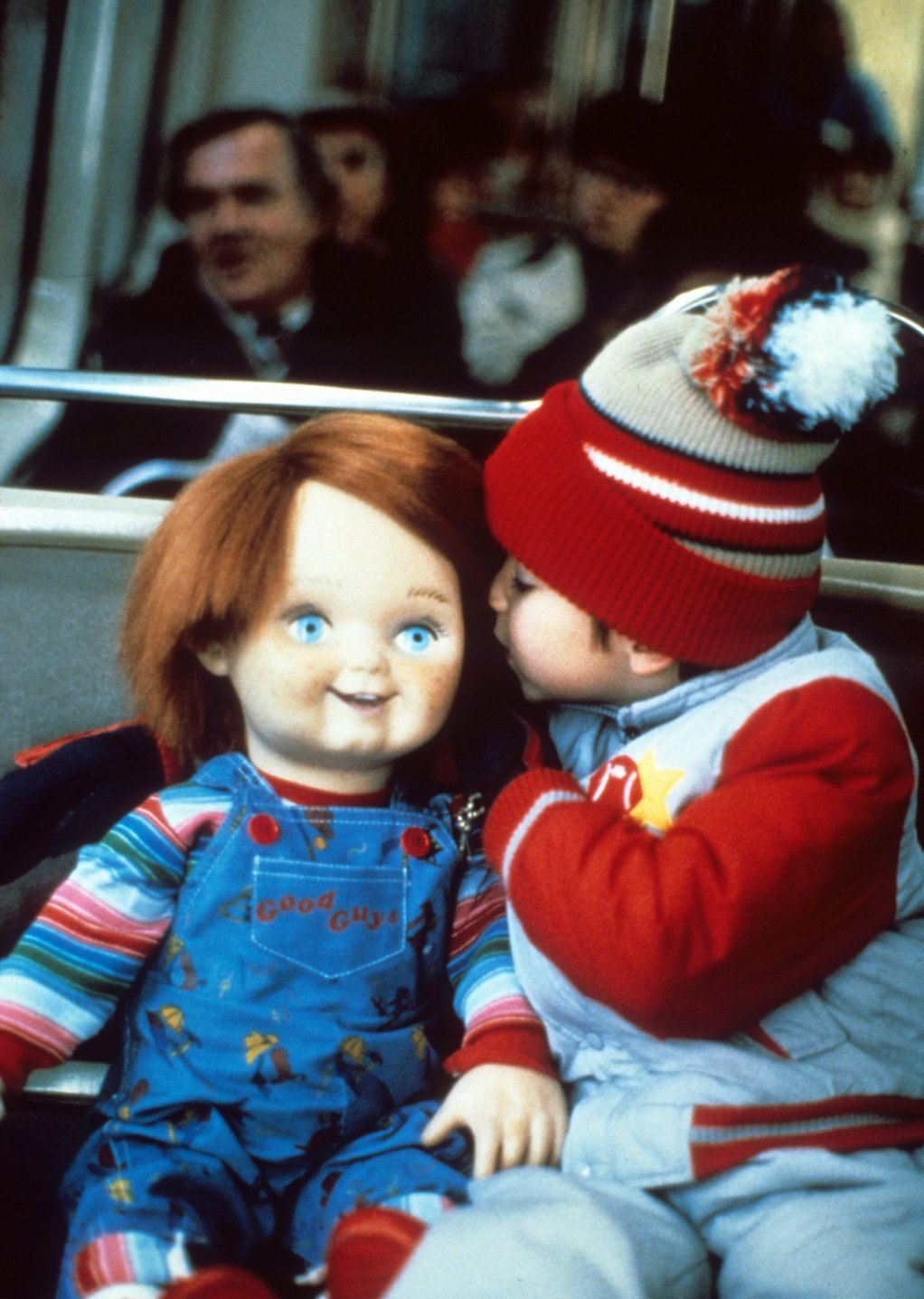 9. Chucky’s name is a nod to three real-life killers 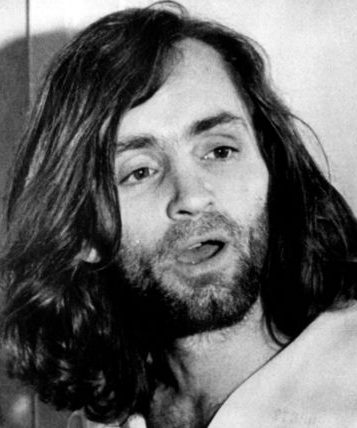 Though most people know the villainous doll as Chucky, the actual name of the soul possessing the doll is Charles Lee Ray. The name is perfect, because it somehow manages to sound spooky and evil while also sounding like a completely normal name that anybody on your street could have.

The reason it sounds both normal and terrifying is that it’s a blend of three different serial killer names: Charles Manson, Lee Harvey Oswald – the sniper who assassinated John F. Kennedy in 1963, and James Earl Ray – the man who assassinated Martin Luther King, Jr. 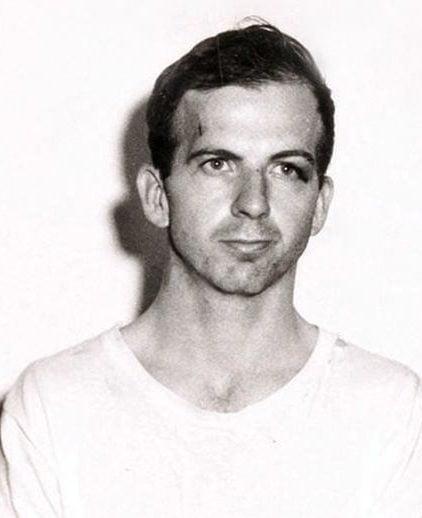 8. One of the movies features a bizarre disclaimer 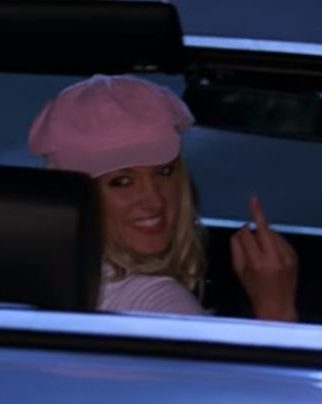 There have been a lot of Child’s Play movies over the years, and they’ve had wildly different tones. Though the first one was almost completely horror, they have veered into slapstick comedy and even pop-culture satire at points, leading to things like this bizarre disclaimer.

In all the commercials for Bride Of Chucky, a message would play that Britney Spears knew nothing about the film and wasn’t affiliated with it in any way, due to a scene where Chucky and his wife Tiffany blew up a car on the highway that was supposed to belong to the pop-star – with everything from a Britney license plate to a professional Britney lookalike in the driver’s seat. 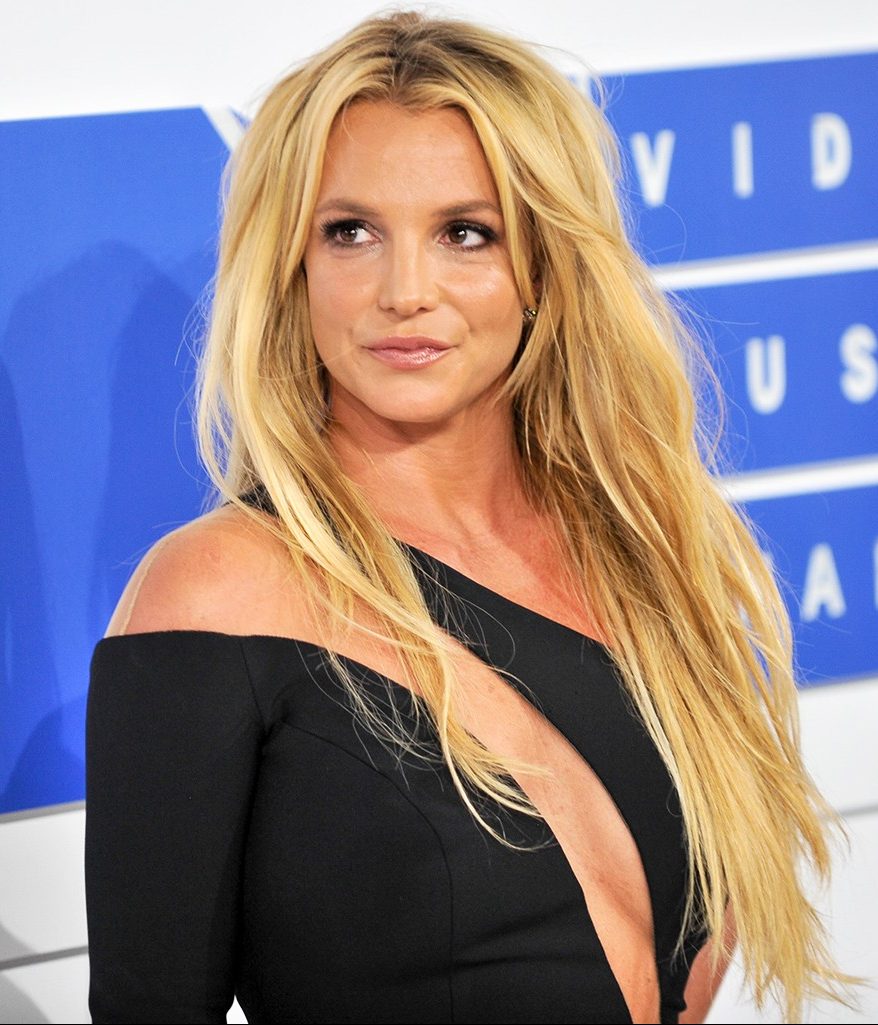 7. Chucky originally had his own goofy theme song 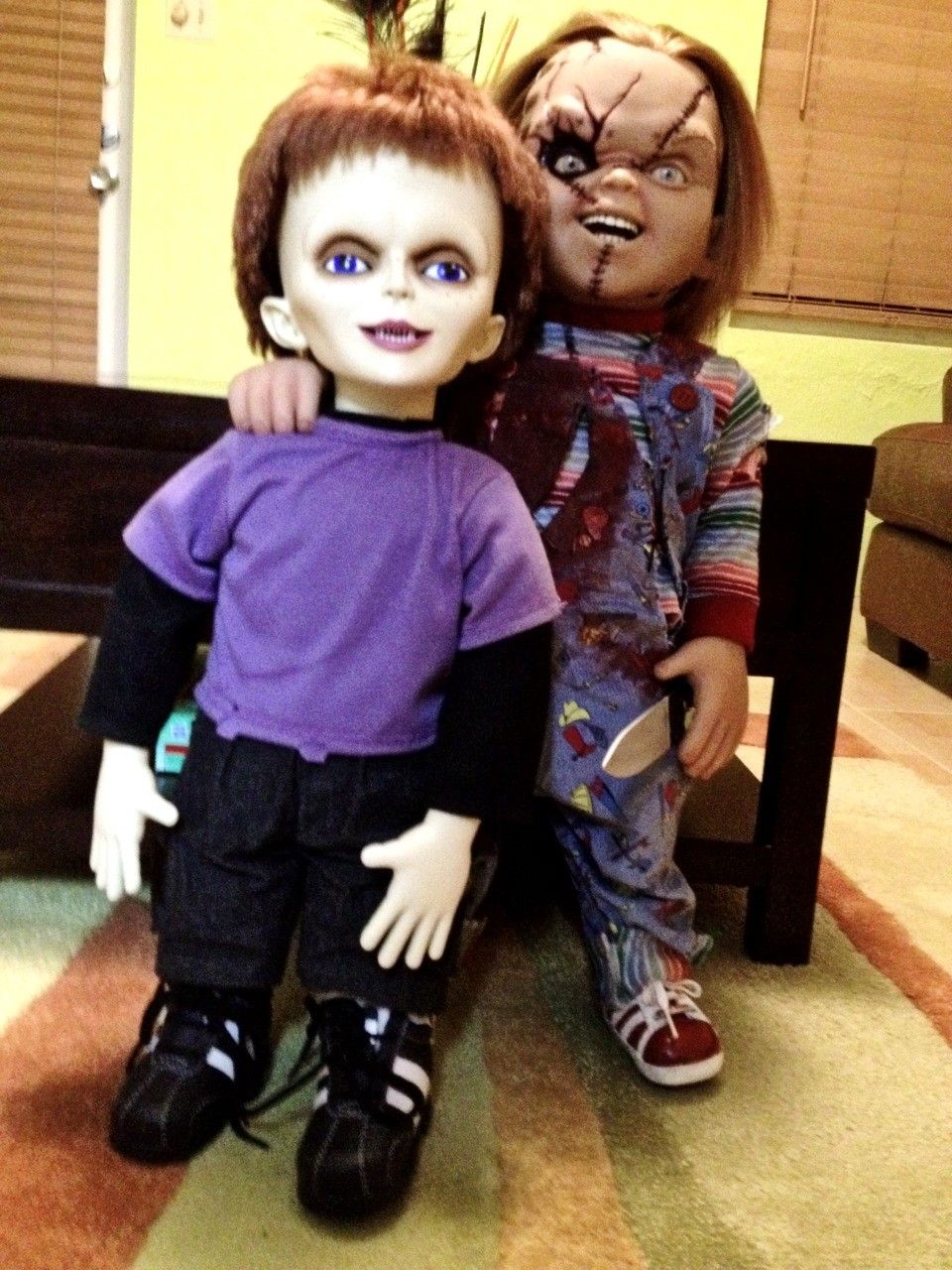 A ton of iconic horror films have theme songs, such as New Years Evil and Killer Klowns From Outer Space, but they tend to only work when the tone of the movie is kind of campy and funny. The original Child’s Play movie featured plenty of one-liners and jokes, but was actually really dark and scary, nothing like the self-aware comedy of the later installments.

This meant that the original song written as a theme song for the end credits of the movie was scrapped, since it was just way too over the top for the film. No surprise, since it included lyrics like “Chucky Chucky go away, you’re too rowdy when you play!” and a whole cheerleading chant section. 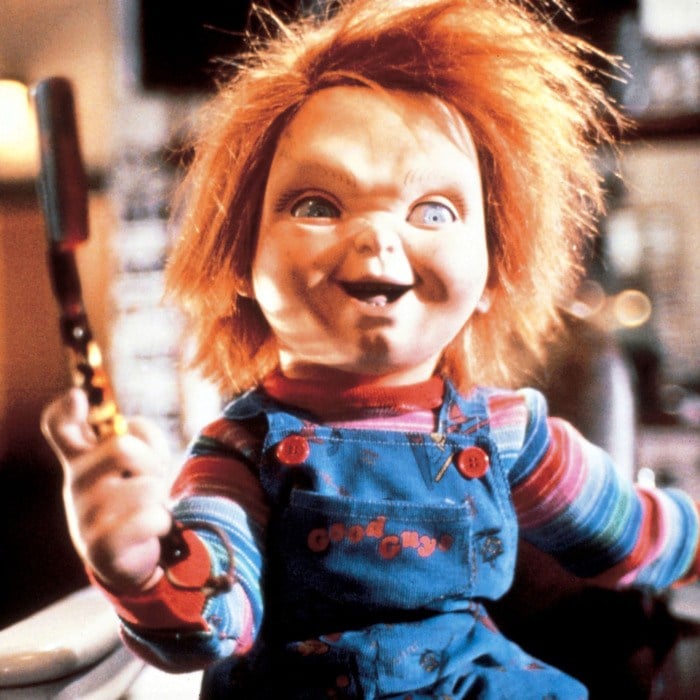 6. There were almost thousands of Chuckys in the sequels 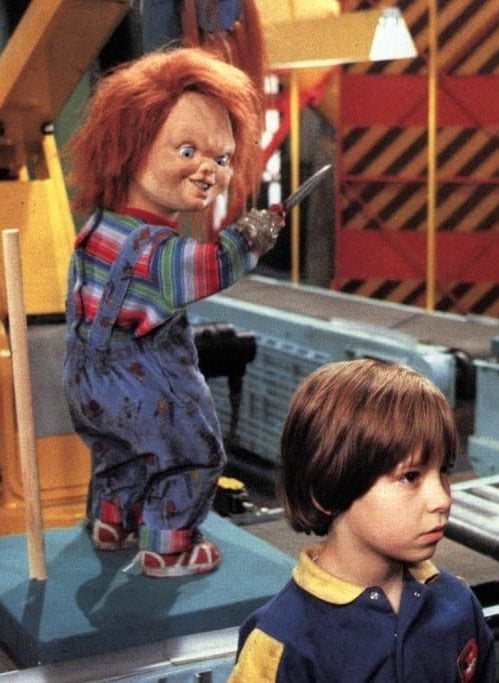 The finale of one of the Child’s Play movies takes place in a factory for Good Guy dolls, where Chucky gets to hide amongst hundreds of other toys that look just like him. It’s a brilliant setting for a horror movie scene, since you never know what’s around the next corner, but it ends when Chucky is defeated and melted down.

The thing is, keen fans will notice that when Chucky is melted down, his body becomes parts of hundreds of other Good Guy dolls, all of which have the potential to become evil and possessed in their own right. The creator of the movie even admitted that was the plan, but they didn’t have the budget in the later sequels to make such an ambitious project happen – at least until the idea was repurposed later in the franchise. 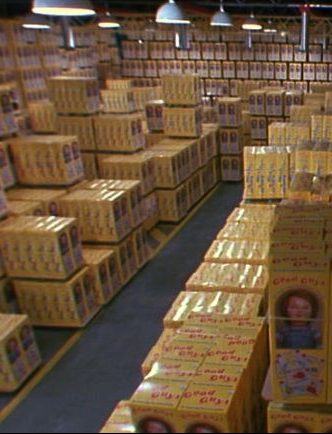 5. The movies inspired some real-life crimes 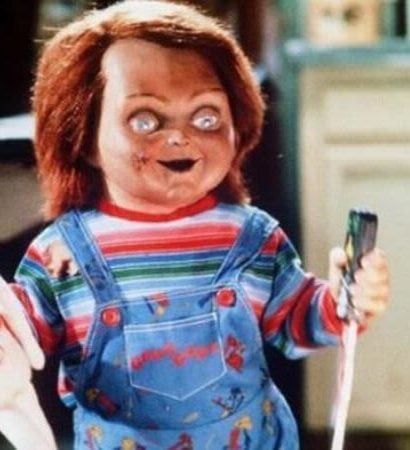 The Chucky movies might seem kind of tame and silly now, but when they were released they caused a serious stir, with parents worried that kids might even be traumatised by accidentally seeing commercials for the films. This wasn’t helped by the fact that several real-life crimes happened that the press claimed were inspired by the Child’s Play series, even if it was most likely a coincidence.

The clearest cut example was of a woman who was tortured by a group of men who yelled Chucky’s catchphrases at her, but there was also a murder of a toddler by two pre-teen boys, who allegedly threw blue paint on the toddler’s body to mimic a scene in the Chucky movies. 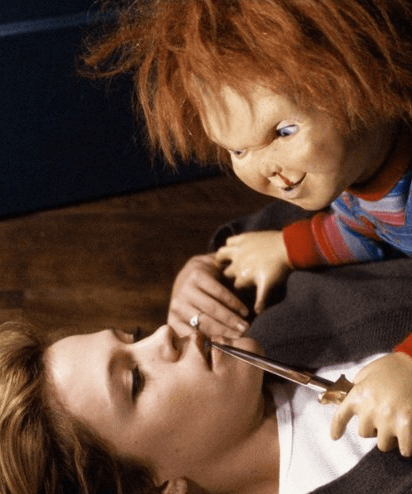 4. One of the Chucky doll’s features in early scripts was truly disturbing 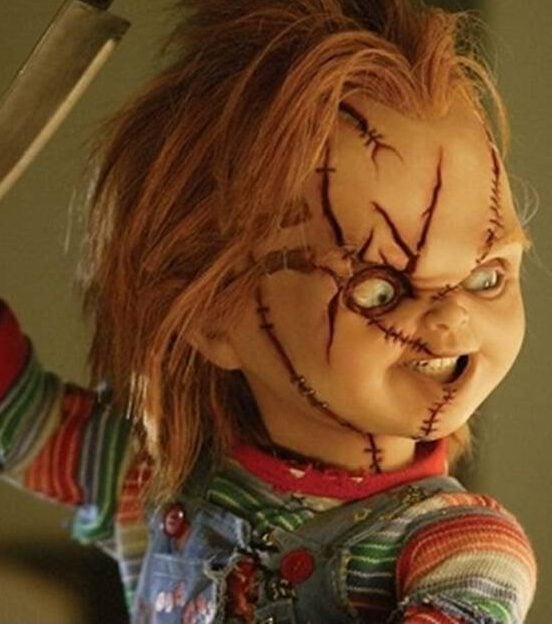 Chucky’s gnarly scars might be the most infamous thing about him, since they are what set him apart from other normal Good Guy dolls and make it clear that he’s anything but child-friendly. They also have some really creepy reveals across the series, when characters realise exactly what they’re dealing with.

With that said, originally these cuts and scars were going to be a much bigger part of the movie, since every Good Guy doll was going to have the ability to bleed when cut, leading kids across the world to have to bandage them up and care for them. Back when that was part of the plot, the movie’s working title was Bloody Boy. 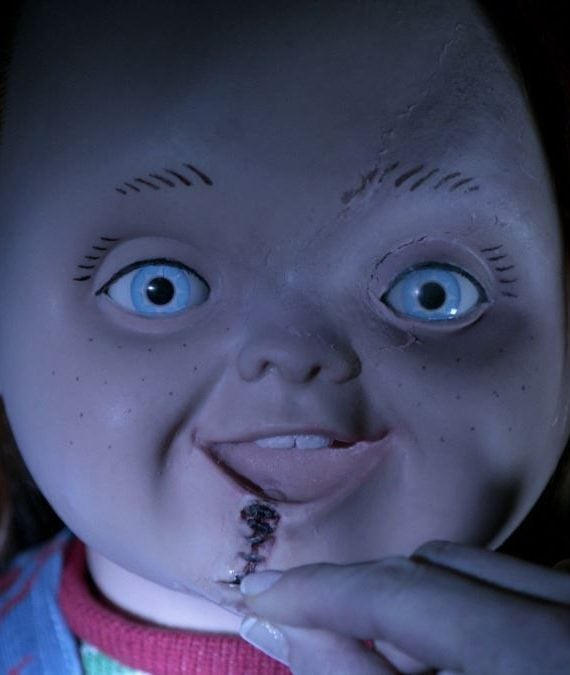 3. The movies get super meta 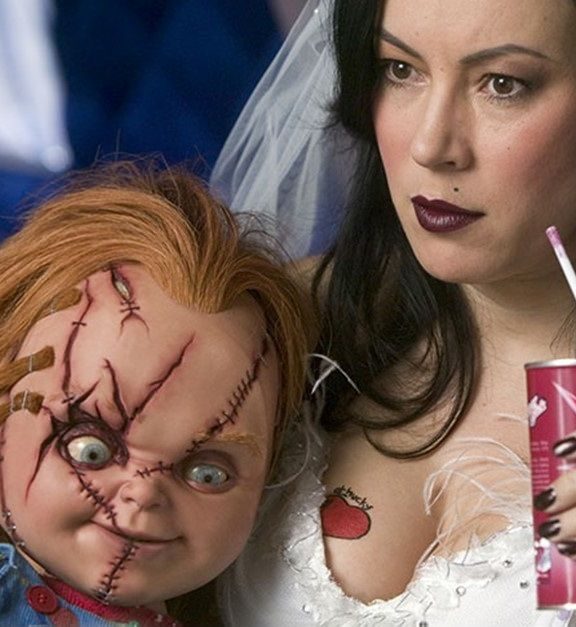 It’s a well-known fact that across the series the movies have ranged from simple horror to Scream-esque self-aware comedy, and that has meant that the canon has got seriously confused along the way. For a start, Chucky’s real-life girlfriend is played by Jennifer Tilly, and voiced by Jennifer Tilly when she becomes a doll.

However, there is also a movie where Jennifer Tilly plays her self, while Tiffany, as voiced by Tilly, is also a star. There’s even a scene where both of them are on the phone together with Chucky, and the voices of both of them are completely indistinguishable from each other. 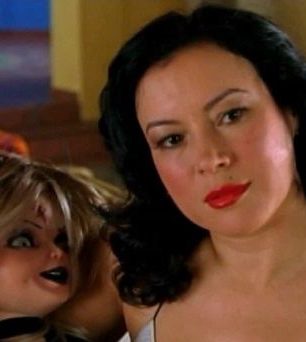 2. Chucky has a sex scene 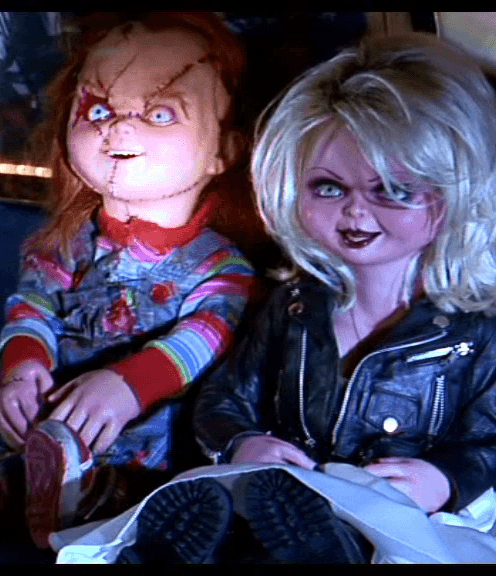 Chucky might not be the first movie ever about a creepy doll, or the first horror franchise to grip the Box Office in the eighties, or even the first horror movie starring Jennifer Tilly. However, it does have one important first as a franchise, and it’s one a lot of fans would rather forget.

In the later instalments of the series, there’s the first ever scene of two dolls sleeping together, and also the first ever scenes of a doll attempting to impregnate a human with a turkey baster. Both these scenes are so gross and weird that they become hilarious, just not intentionally. 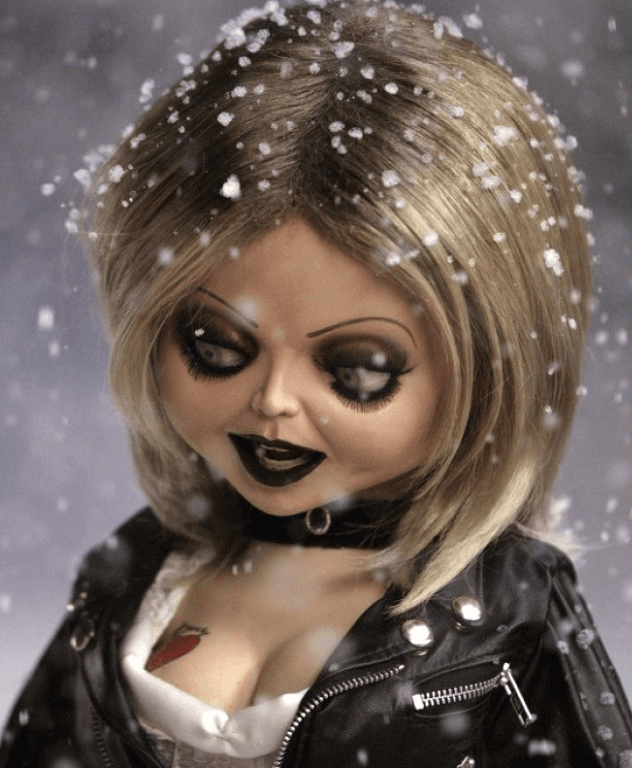 1. The first movie features no CGI 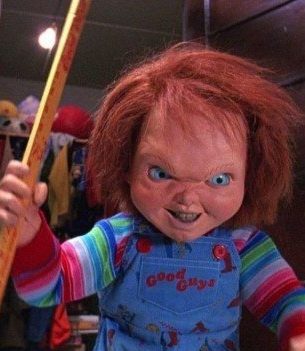 Child’s Play differs from other movies about killer dolls in that for most of the franchise, the creepiness isn’t derived from the doll sitting very still and then moving or vanishing. Instead, we see the doll running from room to room, walking casually after their victims, and even doing things like wrestling and driving.

The reason these scenes look convincing is that no CGI was used in the early movies, and the scenes of Chucky moving were done using an ingenious mix of puppetry, animatronics, and even real-life child actors in suits. This made it age more slowly, which is why it’s still so creepy today. 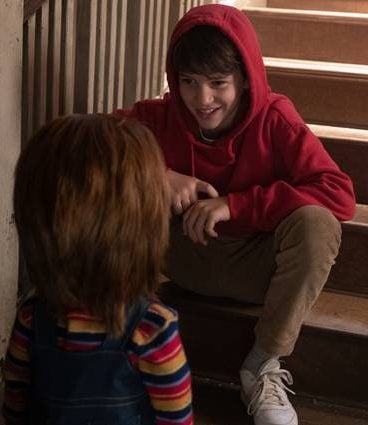