Clint Eastwood: 5 Of His Best Movies, And 5 Of His Worst

There are few figures in Hollywood who truly embody the words ‘movie star’ like Clint Eastwood. With a career that dates all the way back to the 1950s, the tall, dark and handsome figure gradually built his way up from B-movie bit parts to TV success, and eventually big screen superstardom. Uniquely, Eastwood has barely been off screens in all the decades since, and on top of establishing an indelible leading man persona, he’s also built up a solid body of work on the other side of the camera, clocking up many major hits and two Oscars as a director. Even now, in his ninth decade, he shows no signs of stopping any time soon.

Of course, when you’ve made as many movies as Eastwood (72 acting credits and counting), inevitably there are going to be some real gems, and some that don’t quite measure up. While Eastwood himself is never anything less than a commanding presence, there’s no doubt that he’s made more than a few movies which weren’t really worthy of the man and his magnetism.

So, let’s take a look back over the screen legend’s career by reflecting on some of his best movies, and some of his worst. (Just to be clear, we’re talking specifically about movies which Eastwood starred in, without considering films he just directed without taking a lead role.) 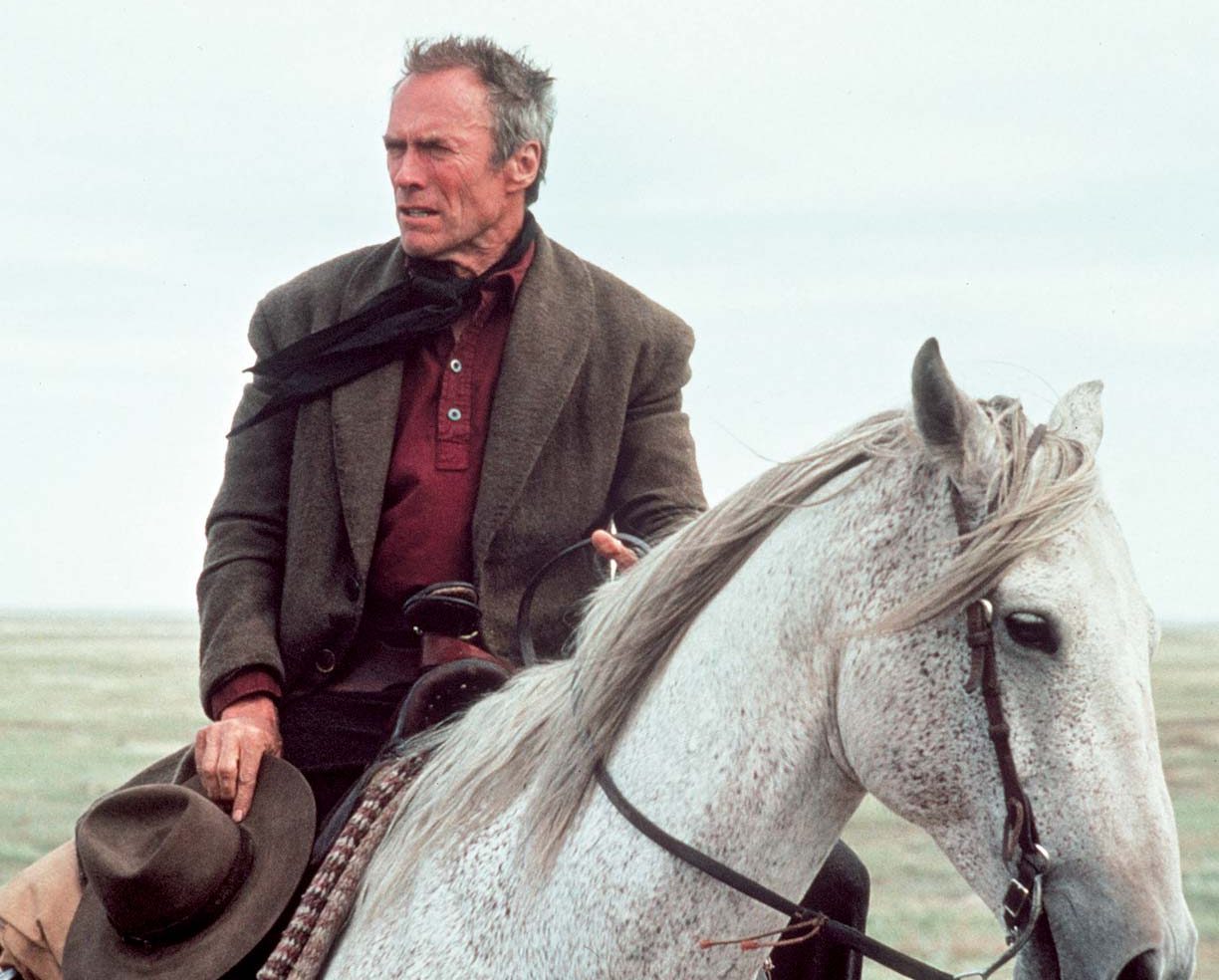 The first film to see Clint Eastwood awarded the Best Director and Best Picture Oscars, 1992’s hard-edged western Unforgiven is widely considered the film icon’s definitive masterpiece. Eastwood made his name through the Western genre on both the big and small screens, but where much of his earlier work helped build up the mythic image of a heroic Old West, Unforgiven cuts through the folklore to present something altogether closer to the bone.

As well as directing, Eastwood takes the lead in Unforgiven as William Munny, an outlaw-turned-pig farmer who reluctantly returns to his past life to seek a bounty, but runs afoul of Gene Hackman’s corrupt Sheriff ‘Little’ Bill Daggett. It may sound like a standard enough cowboy movie, but Unforgiven presents its violence in a much harsher, more realistic fashion than most, delivering a haunting portrait of the true cost of killing. 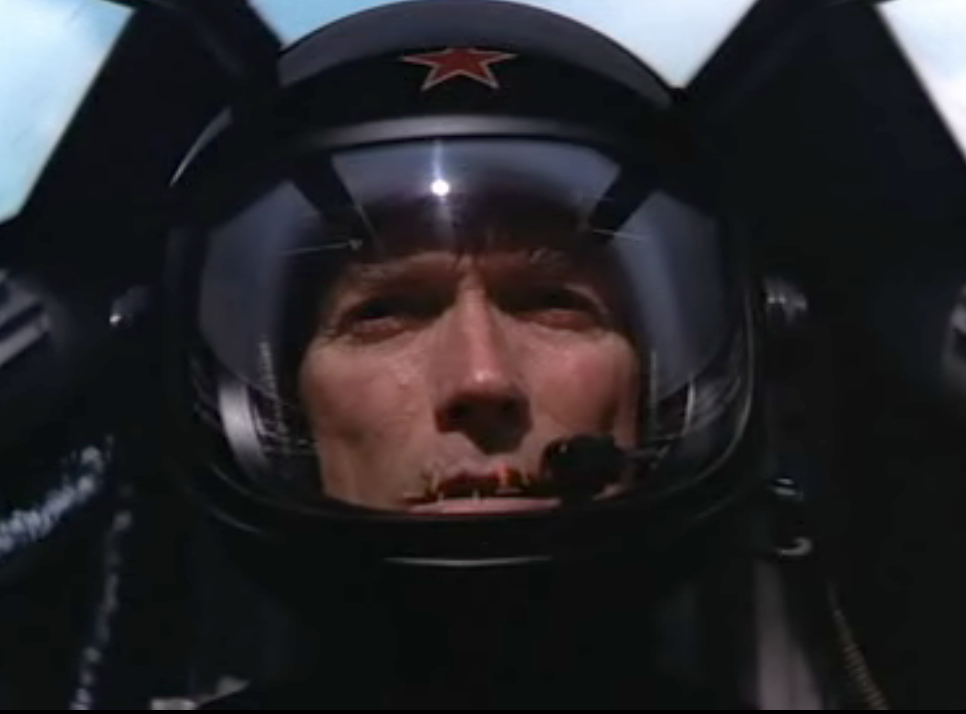 On paper, 1982’s Firefox sounds like it should be an absolute blast. The Cold War action-thriller casts Eastwood as Mitchell Gant, a troubled Vietnam veteran pulled out of retirement and sent into Soviet Russia on a top secret espionage mission. Once behind enemy lines, Gant must steal and pilot an experimental high-tech fighter jet said to be the fastest and most sophisticated vehicle of its kind.

Sadly, Firefox devotes way too little of its running time to airborne action, and far too much time to stuffy military types sitting around in boardrooms talking. It moves at a snail’s pace, and Eastwood doesn’t even take off in the plane of the title until an hour and a half in, by which time the high-flying final act is too little, too late. 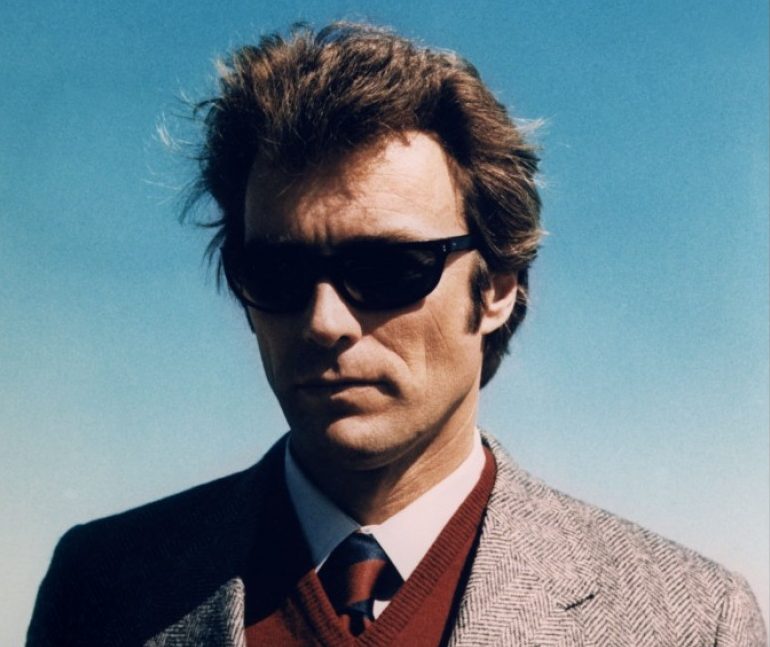 One of the leanest, meanest cop thrillers ever made, 1971’s Dirty Harry was met with huge controversy on release thanks to the ruthless, some might say sadistic nature of its titular anti-hero. However, audiences couldn’t get enough, and Inspector Harry Callahan of the San Francisco Police Department quickly became Eastwood’s signature role, laying the groundwork for generations of imitators in the decades that followed.

All five of the films in the Dirty Harry series have their charms, but none of them pack quite the same punch as director Don Siegel’s original, which pits Eastwood’s sour-faced, trigger-happy cop against psychotic sniper ‘Scorpio’ (Andrew Robinson), a villain heavily inspired by the real-life Zodiac Killer. 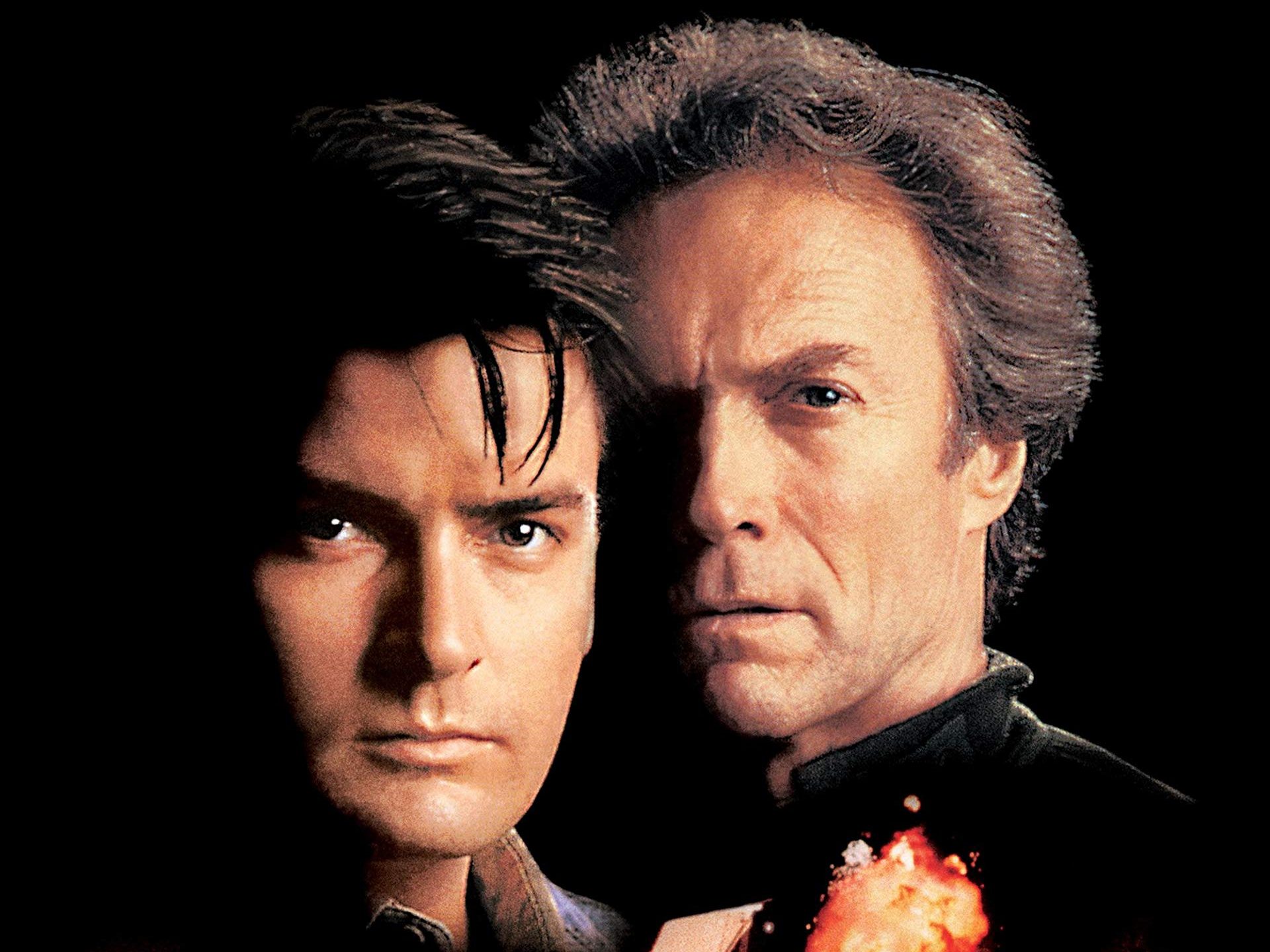 At his best, Clint Eastwood has always been the leader of the pack, setting the standard which his peers would measure their own work against. As such, it rather goes against the grain to see Eastwood following the flock and trying to keep up with the trends of the day by making a buddy cop thriller in the vein of Lethal Weapon, Tango & Cash et al.

However, that’s just what happened on 1990’s The Rookie. While we can’t deny there’s an inherent entertainment value to Eastwood doing his usual tough guy routine, there’s no mistaking that he’s just going by the numbers (Eastwood’s character Nick Pulovski is Harry Callahan in all but name). And did the young rookie cop he takes under his wing really have to be Charlie Sheen? 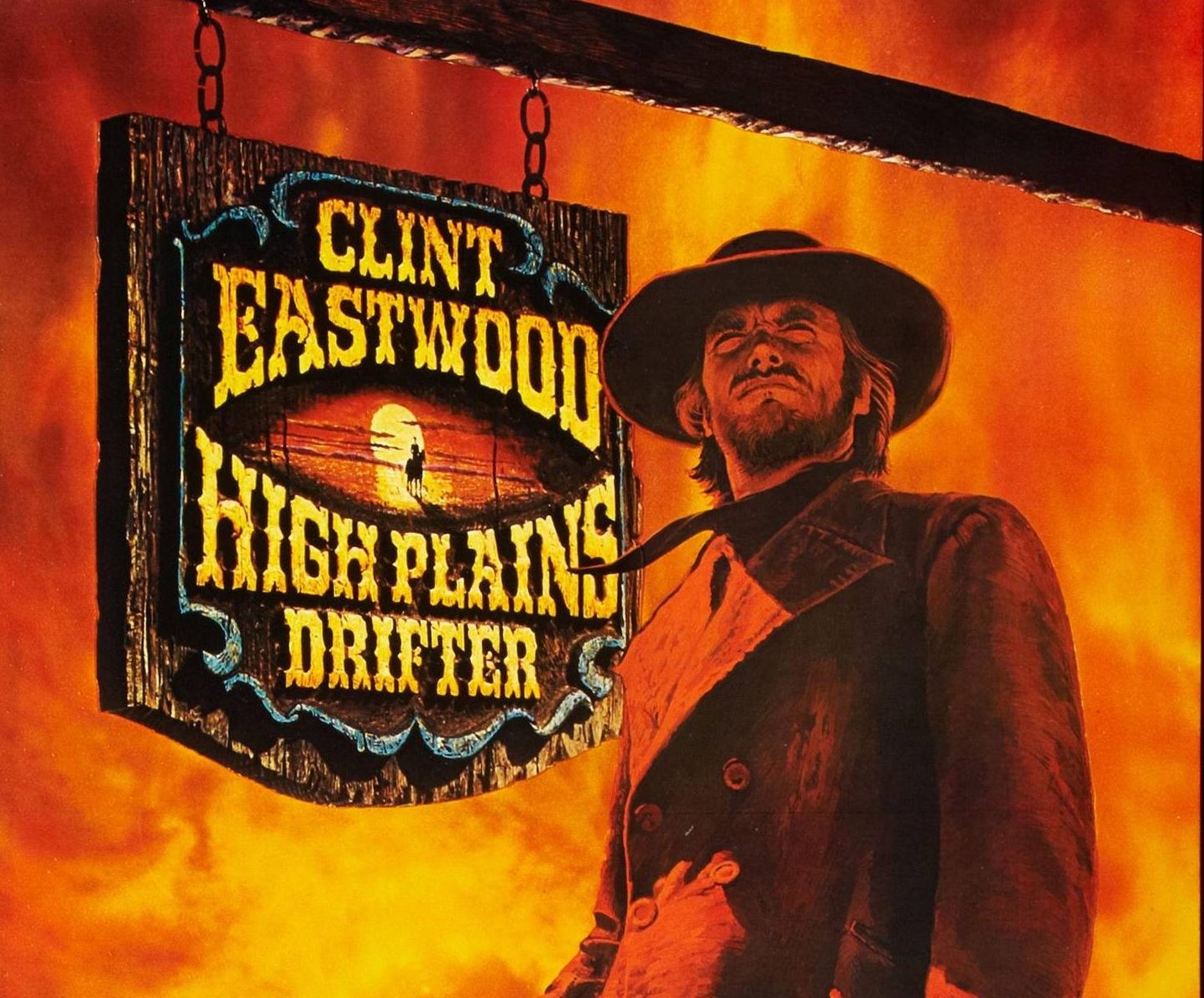 By 1973, Eastwood was firmly established as the quintessential cowboy actor of his generation. Happily, he decided to do something a little different with that image on High Plains Drifter, the first Western on which the star called the shots himself. While Eastwood once again plays an enigmatic, unnamed stranger who rides into town and finds trouble, this time around there are distinctly supernatural overtones to proceedings.

Rich in atmosphere, High Plains Drifter was a key film both in the development of Eastwood’s on-screen persona, and in his directorial identity. Even though it was only Eastwood’s second feature as director, it remains one of his most widely praised works to this day. 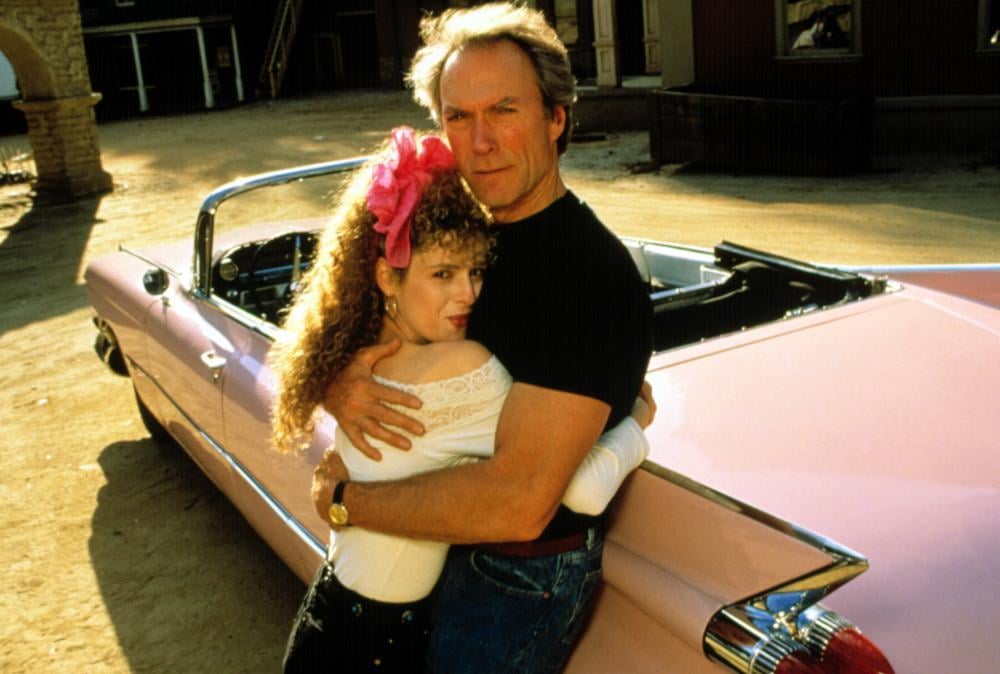 By 1989, Eastwood was the undisputed master of no-nonsense tough guy roles, but he wasn’t quite such a dab hand at outright comedy. As such, he was something of a fish out of water in Pink Cadillac, a garish 80s action-comedy that would almost certainly be forgotten completely today were it not for the presence of its iconic leading man.

Eastwood stars as Tommy Nowak, a bounty hunter on the trail of Lou Ann McGuinn (Bernadette Peters), who has gone on the run from her white supremacist husband, stealing his prized Cadillac and a large amount of counterfeit money. Opening back-to-back with Indiana Jones and the Last Crusade, Pink Cadillac flopped on release in the US, and (adding insult to injury) went direct-to-video in the UK. 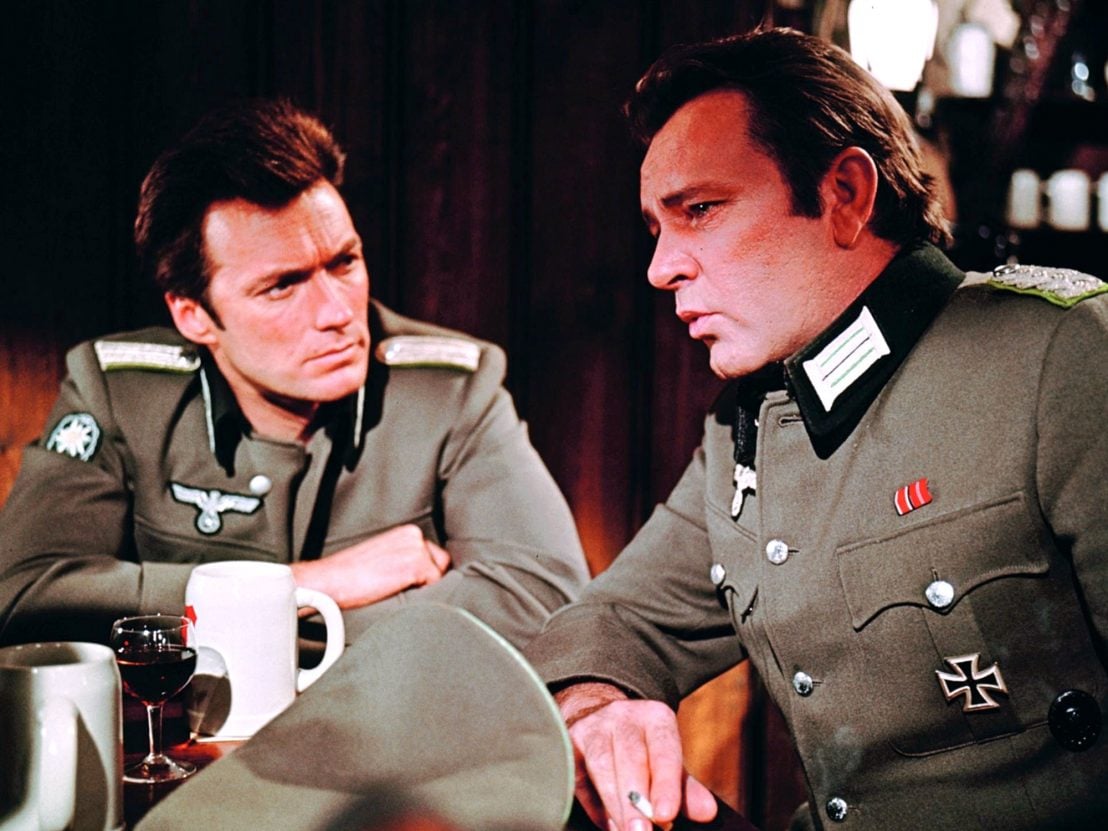 One of the most celebrated World War II movies ever made, 1968 action-adventure Where Eagles Dare was a big hit on release, and has long been a Saturday afternoon TV favourite of granddads everywhere. Taking second billing to the also-legendary Richard Burton, Eastwood plays Lt. Morris Schaffer, a US Army Ranger who’s part of a secret Allied mission to rescue an army general held prisoner in a German castle.

Where Eagles Dare obviously isn’t the most realistic portrayal of the Second World War you’re ever likely to see, but there’s no denying it’s exhilarating entertainment, and Eastwood’s heroic performance is a big part of that: try and keep count of how many bad guys he blows away, just try! It’s one of the great army adventure movies, and has inspired countless kids to get dressed up and play soldiers over the years. 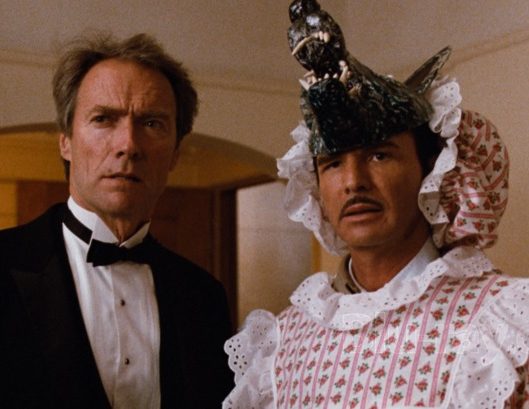 In the early 80s, Clint Eastwood and Burt Reynolds were two of the biggest box office draws around, so it wasn’t hard to see the appeal of the two of them sharing the screen. Unfortunately, the result was 1984’s shambolic City Heat, a weak attempt to parlay Eastwood’s hard man persona and Reynolds’ goofier schtick into a mix of cop thriller and 30s-inspired screwball comedy.

Eastwood attempts to light-heartedly send up his dour image, but his performance style clashes badly with that of Reynolds, and the whole thing never really gels. City Heat was savaged by critics, and buried at the box office by Eddie Murphy‘s smash hit Beverly Hills Cop. Happily Eastwood was able to recover, but it was one of the first nails in the coffin of Reynolds’ career as a leading man. 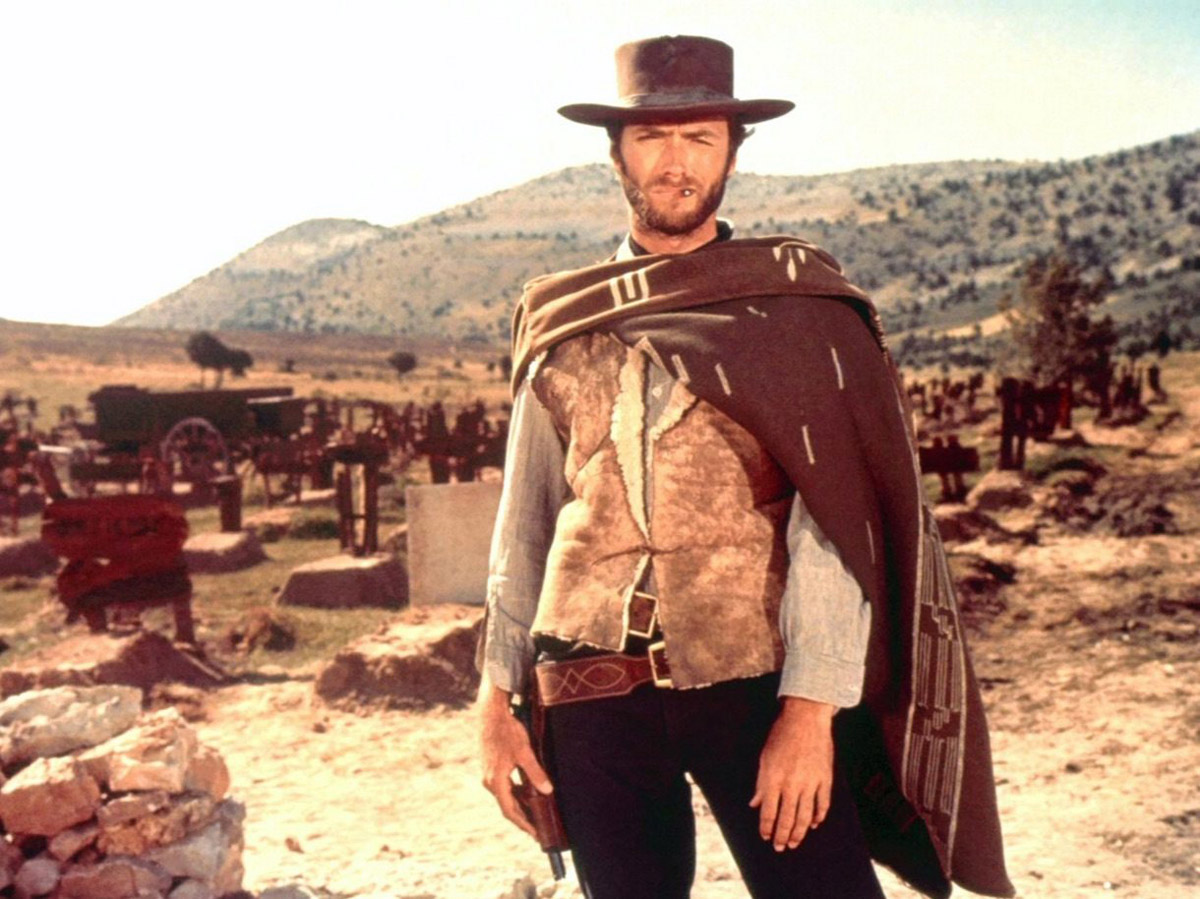 We freely admit we’re cheating a bit by listing three movies here instead of one, but we can’t address Clint Eastwood’s status as a true cinematic icon without including the trilogy that really made him: 1964’s A Fistful of Dollars, 1965’s For a Few Dollars More and 1966’s The Good, the Bad and the Ugly. Directed by Sergio Leone, the films introduced Eastwood to cinemagoers as The Man with No Name, announcing him as the new king of the cowboys: all surly scowls, emotionless stares and extremely sparing use of verbal communication.

Popularly referred to as ‘Spaghetti westerns’ as they were made in Italy, the films didn’t only make their leading man an icon; they also firmly established director Leone and composer Ennio Morricone as titans in their respective fields, completely revitalising the Western genre and beating the Americans at their own game. The films have been homaged and parodied to hell and back over the decades, but that only underlines how great an impact they made.

Worst: Any Which Way You Can 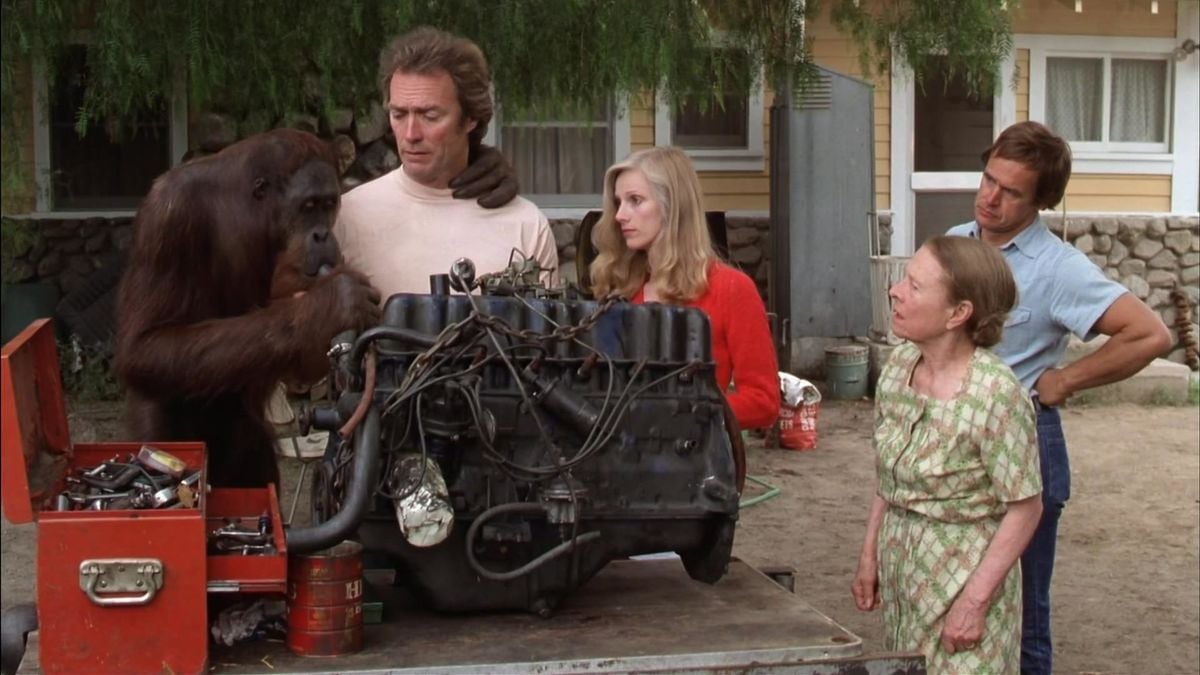 Now, don’t get us wrong here: we’re not blind to the simple joys of Clint Eastwood teaming up with a bad-mannered orangutan. The star power of this double act made Eastwood’s 1978 action comedy Every Which Way But Loose the single biggest box office hit of his career, adjusted for inflation. However, while 1980 follow-up Any Which Way You Can may have proved almost as big a money-maker, there’s no avoiding the sense that all concerned are just going through the motions for the sake of another sizeable pay-day.

More tomfoolery ensues as Eastwood reprises the role of fist-fighting trucker Philo Beddoe (although his pet Clyde is this time played by two different, younger orangutans than in the original). It’s all harmless fun, of course, but while the absurd set-up had a certain novelty value before, it gets stale pretty quickly the second time around.