90s Child Actors You Forgot All About

When it comes to child stars, it’s hard for any era to stack up against the 90s. It was a period that was filled to the brim with child actors making a splash in everything from Disney movies to family dramas and sitcoms. From Mara Wilson to Jonathan Taylor Thomas, here are all the 90s stars you forgot about! 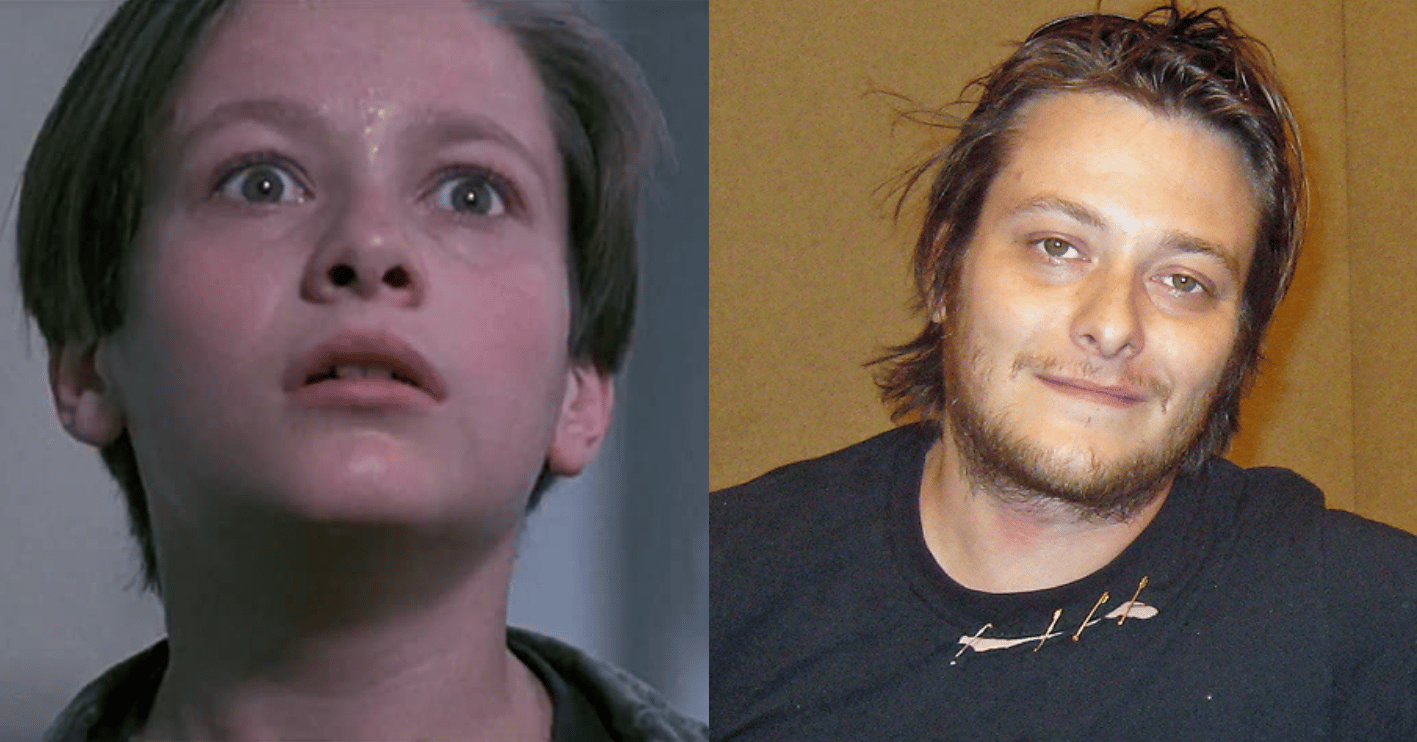 In 1991, James Cameron’s Terminator 2: Judgement Day was the movie of the year. The hotly-anticipated sequel, which saw Skynet send a Terminator back in time to kill future leader of the human resistance John Connor, starred a 14-year-old Edward Furlong in his first theatrical appearance. The movie was a smash hit, and Furlong followed it up with numerous other film credits, appearing alongside Liam Neeson, Meryl Streep and Jeff Bridges throughout a notable young career.

Despite working consistently in the 90s, Furlong’s career momentum slowed significantly in the 2000s, with most of his projects going straight to DVD. His output was also increasingly hampered by addiction problems and, in 2013, Furlong was ordered by a court to undergo domestic violence counselling, after a spate of arrests. 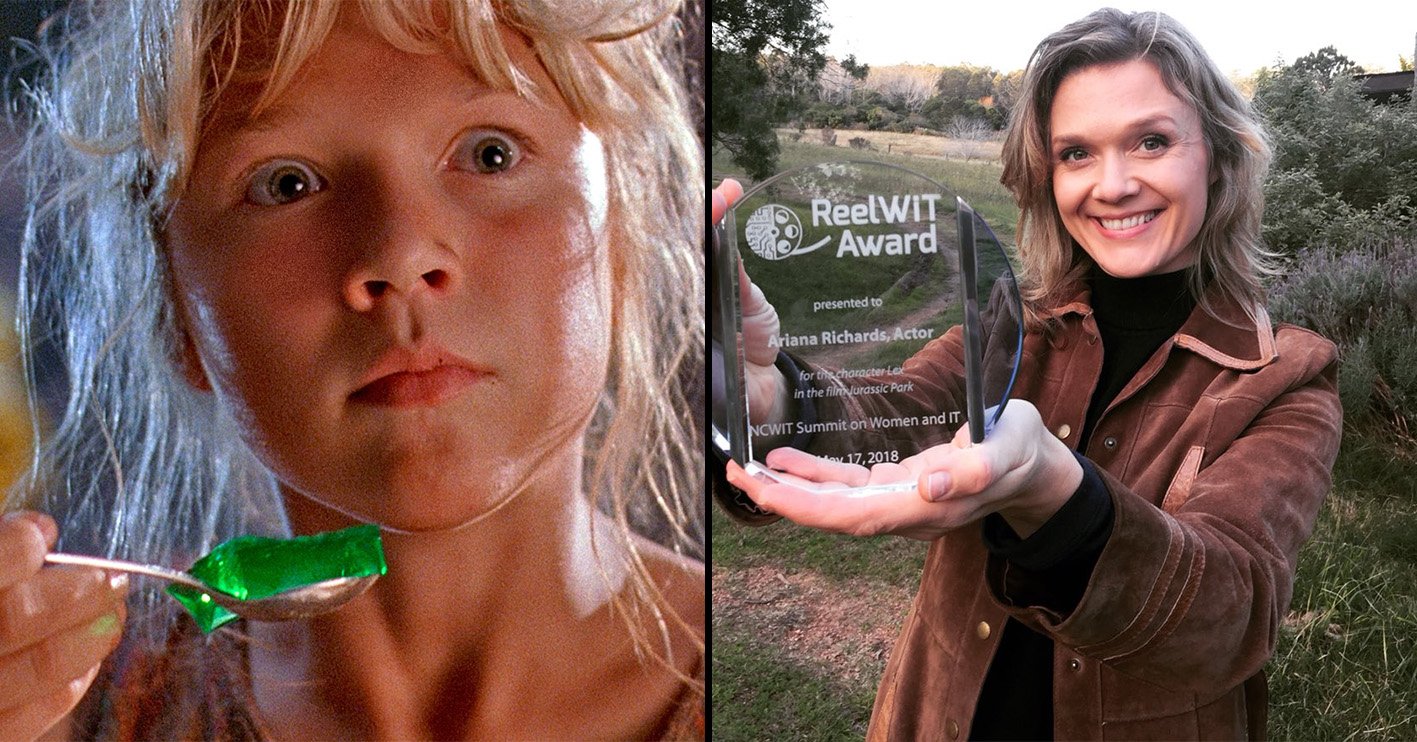 Though Jurassic Park is arguably closer to a horror movie than a traditional family film, it has always been popular with kids and adults alike. This is in part due to the awe-inspiring nature of the movie, but it helps for younger viewers to relate that the plot follows John Hammond’s grandkids for a significant portion of the runtime.

Ariana Richards stars in the film as Hammond’s grandaughter Lex Murphy. Murphy wasn’t Richards’ first role, as she also appeared in B-movie horror flick Tremors 3: Back to Perfection, but it remains her most iconic part today. As an adult, Richards pivoted from the cinematic arts to the fine arts, and she now works as a prolific portrait and landscape artist. 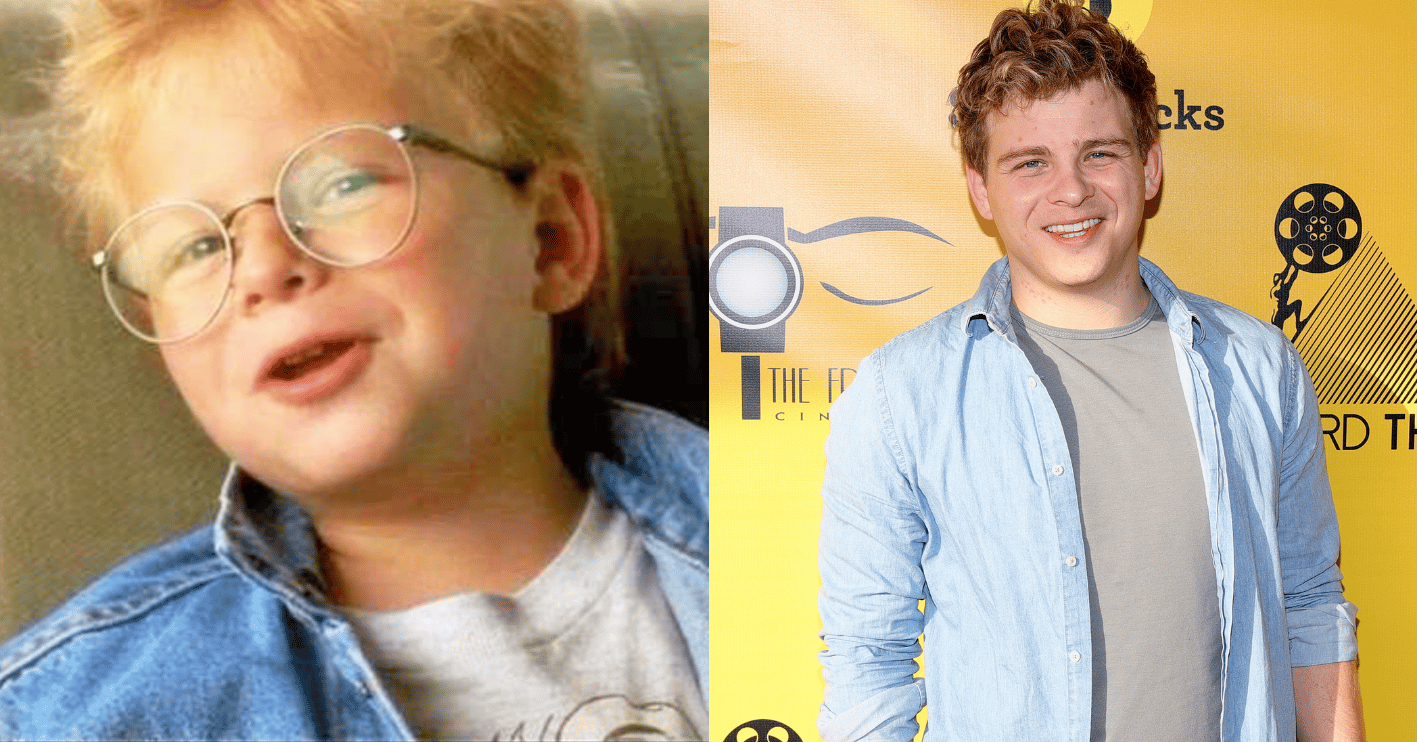 Jonathan Lipnicki made his entertainment debut at just five years old, when he starred in Jerry Maguire alongside Tom Cruise and Renée Zellweger. Lipnicki’s adorable voice, mannerisms and blond hair made him an instant scene-stealer, which led to him starring in a whole spate of movies, from Little Vampires to Stuart Little.

After the early 2000s, Lipnicki stepped away from blockbuster family films, and instead switched his focus to voice roles and short films. He has also spent time training extensively in mixed martial arts, purely as a hobby and not with a mind to go professional, but he has said in interviews that he is “not saying no” to the idea of competing in MMA fights in the future. 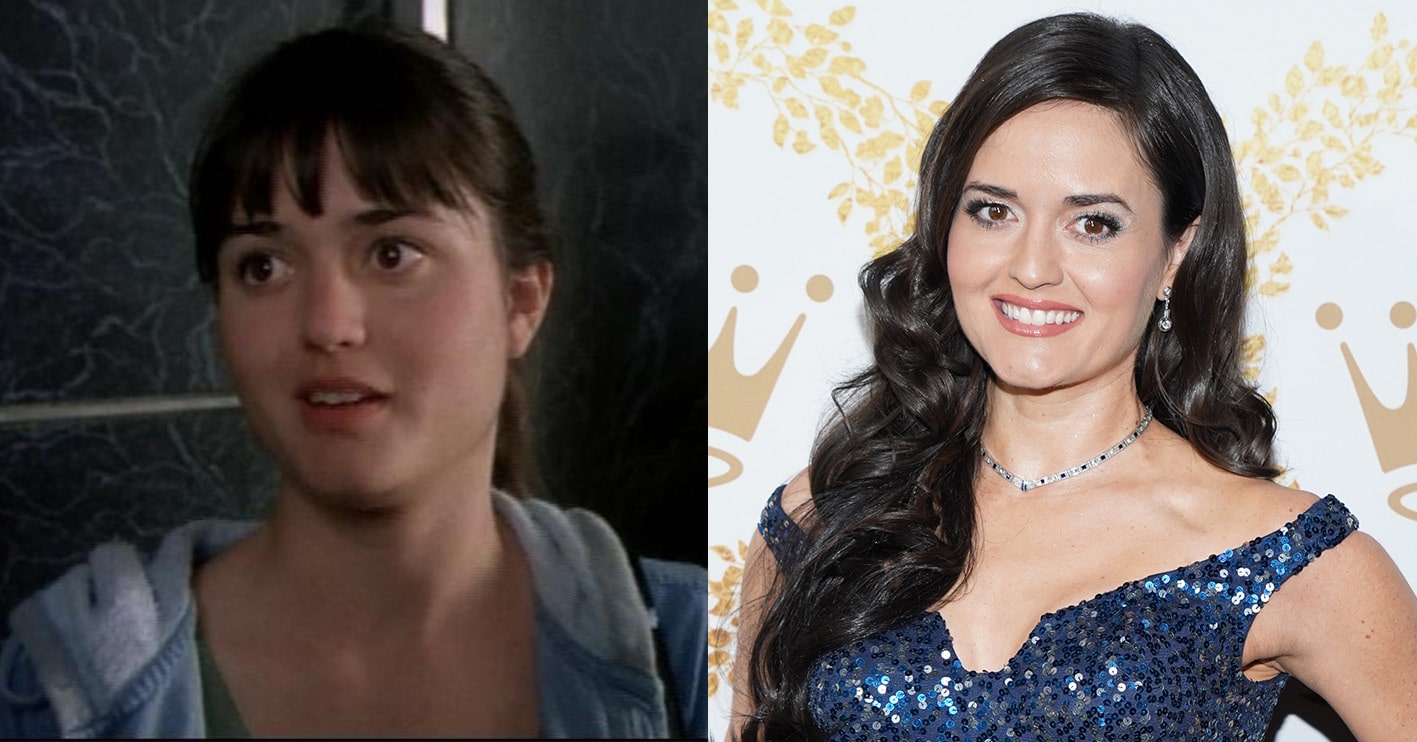 Starting from the age of 13, Danica McKellar starred in The Wonder Years as girl-next-door Winnie Cooper, Kevin’s love interest and literal next-door neighbour for three seasons. When the show ended in 1993, McKellar, then aged 18, enrolled at the University of California, ultimately leaving with a Bachelor of Science in Mathematics, and only returned to acting as an adult.

Though she later said that she found the transition “difficult”, McKellar has had a steady and varied acting career since, getting a regular part on The West Wing, taking numerous voice acting jobs for Marvel and even starring in various Hallmark movies. McKellar has also published four educational books aimed at helping adolescents conquer the study of maths, the first of which became a New York Times bestseller. 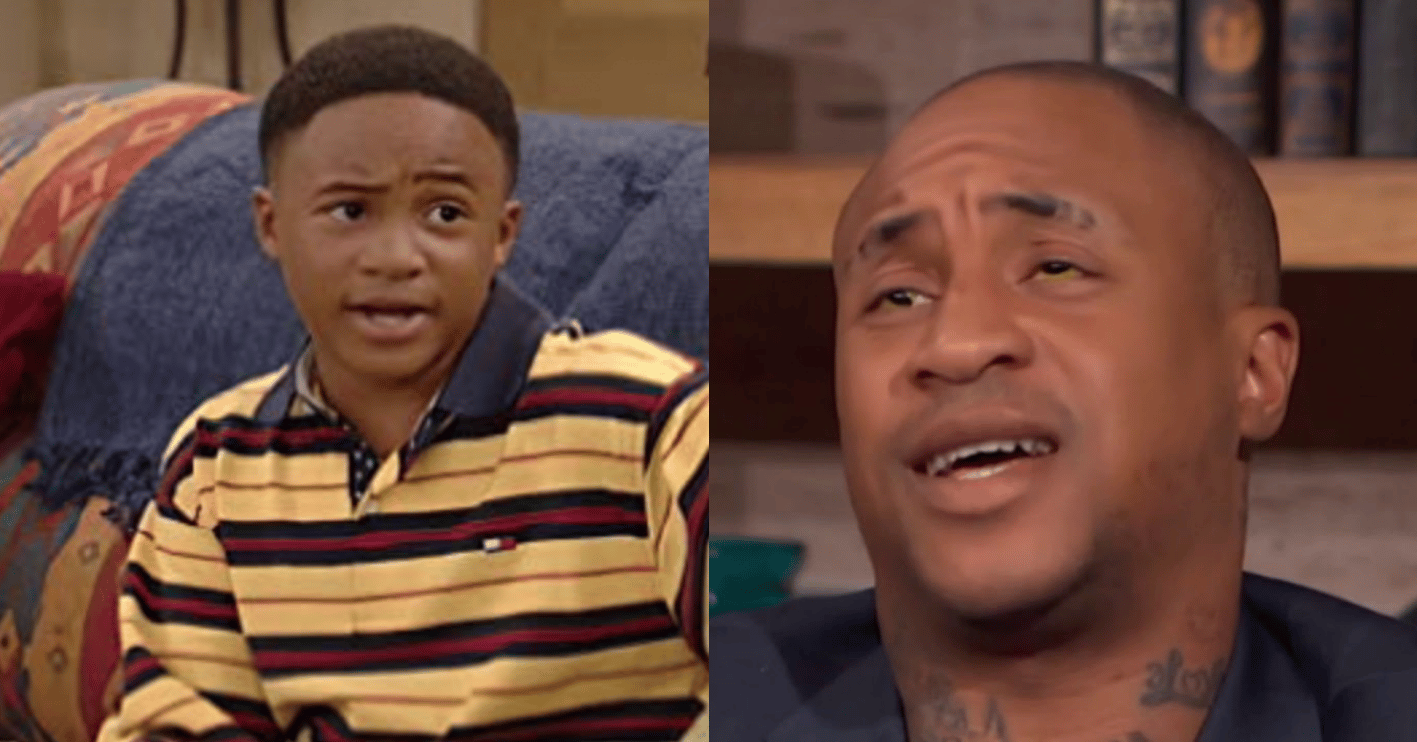 By the age of 15, Orlando Brown already had a lengthy and varied sitcom career under his belt. By 2005, he had completed long-running stints on The Jamie Foxx Show, Family Matters, Two of a Kind and The Proud Family, and he rounded off this run by playing Eddie Thomas on hit teen show That’s So Raven.

However, Brown stepped away from the spotlight in 2006, and his personal life, rather than his professional one, soon became what was making the headlines. Throughout the 2010s, Brown was arrested repeatedly, first for driving under the influence and then again for failing to appear in court, following a domestic battery charge. 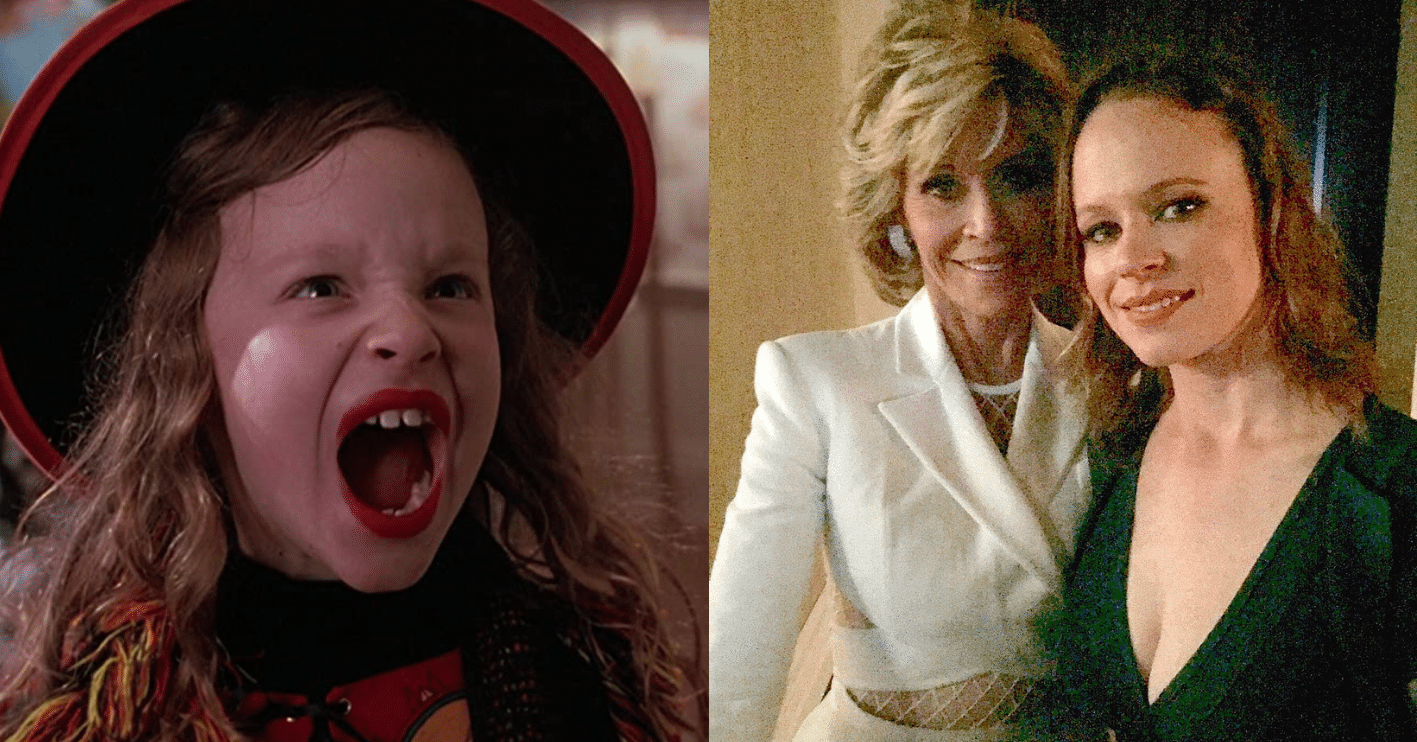 Actors often struggle to manage the transition from child star to young adult actor, and Thora Birch seems to be no exception. After debuting in Purple People Eater in 1988, Birch had a string of hits throughout the 90s, from All I Want for Christmas to Hocus Pocus, Monkey Trouble and Alaska. Birch’s big break came in 1999, when she played Jane Burnham in the critically acclaimed American Beauty. She then starred in the cult flick Ghost World and horror hit The Hole, but after that her promising career seemed to falter.

In 2010, Birch was let go from a stage production of Dracula, after her manager father – reportedly an unnervingly constant presence at his daughter’s rehearsals – allegedly threatened another actor. Birch took a break from acting in 2012 that lasted until 2016. A comeback seemed to be on the cards following a turn in The Walking Dead, but trouble for Birch arose again when she unceremoniously left production on Netflix’s Wednesday in 2021. 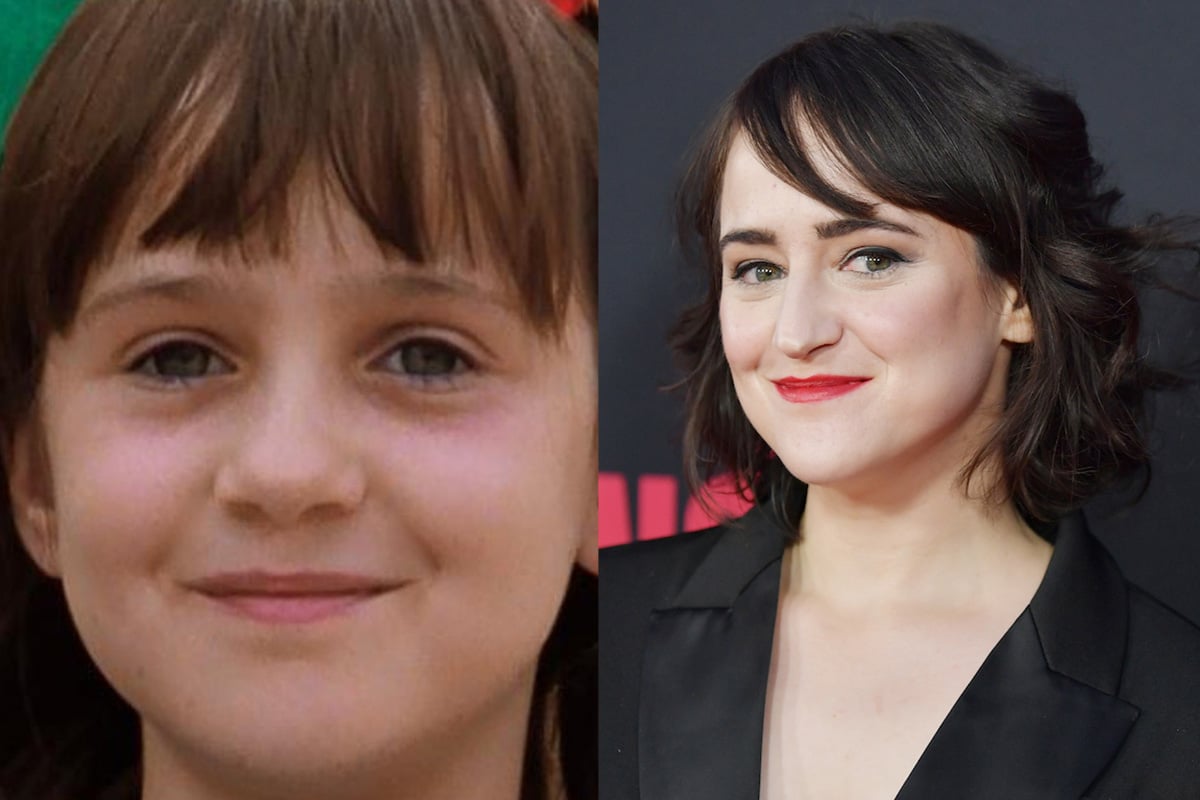 If the 90s belonged to any child actor, they belonged to Mara Wilson. As well as the all-time literary classic Matilda, Wilson also spent the decade starring in Mrs Doubfire, Miracle on 34th Street and A Simple Wish. She was hugely successful, performing at the 67th Academy Awards with Tim Curry and Kathy Najimy, winning a ShoWest Star of the Year Award and even appearing in stage productions of A Midsummer Night’s Dream and Cinderella.

However, Wilson never really enjoyed film acting, and later said that “doing the same thing over and over again until, in the director’s eyes, you ‘get it right’, does not allow for very much creative freedom.” As an adult, she stepped away from film completely, instead only appearing in niche projects like horror podcast Welcome to Nightvale, in which she voiced the Faceless Old Woman Who Lives in Your Home. She also released an autobiography in 2016, called Where Am I Now?: True Stories of Girlhood and Accidental Fame. 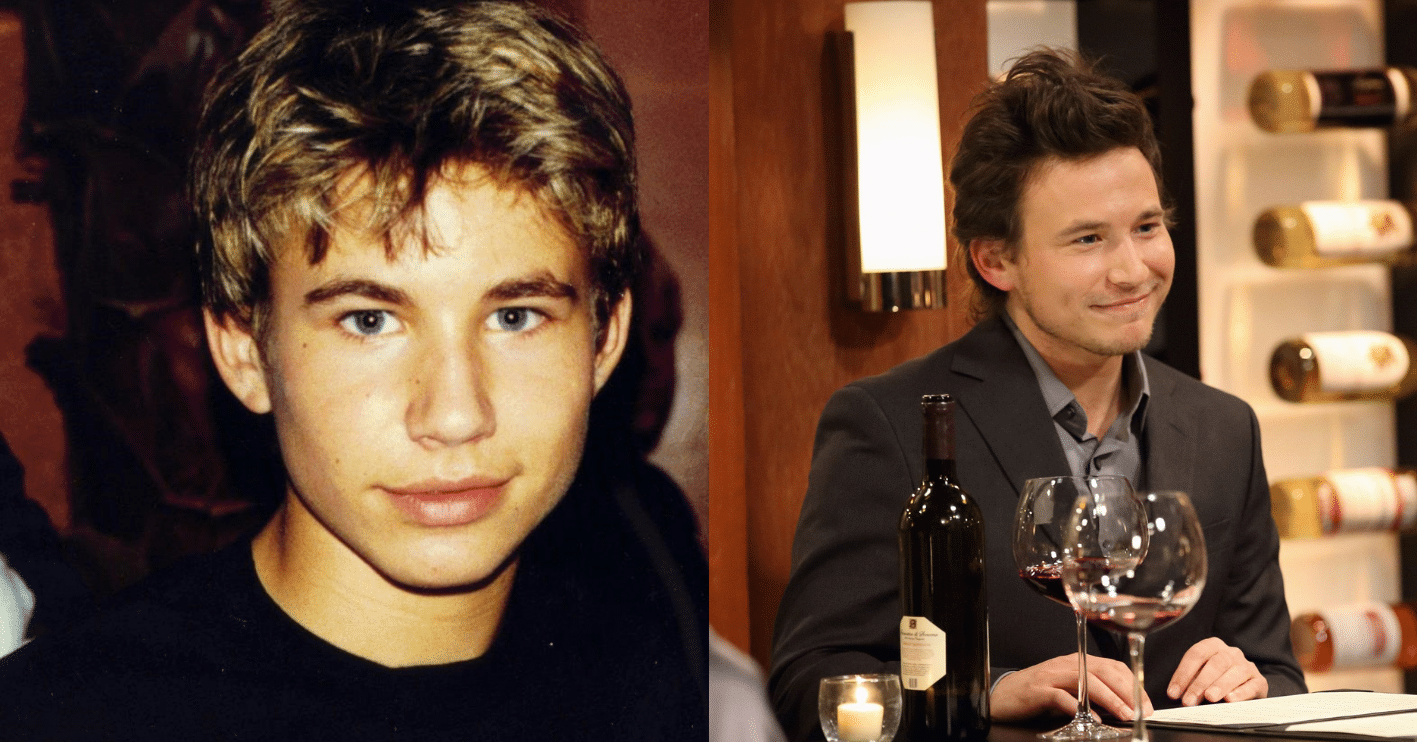 Not all child stars manage to make the transition from adorable kid to gorgeous teen heartthrob, but that’s the trajectory that Jonathan Taylor Thomas had. In the 90s, JTT played Randy Taylor on Tim Allen’s Home Improvement and voiced young Simba in Disney’s The Lion King. His Disney work didn’t end there though, as in the mid-to-late 90s, Thomas also starred in Man of the House, Tom and Huck and I’ll Be Home for Christmas.

Despite endless spreads in teen magazines and legions of adoring fans, Thomas walked away from the entertainment world in 2005 and enrolled in Harvard University. There, he completed a degree in Philosophy and History, before spending a year abroad studying at St. Andrews in Scotland. He only returned to the spotlight in 2013, when he landed a recurring role on the American sitcom Last Man Standing, reunited with his Home Improvement co-star Tim Allen. He hasn’t been active in Hollywood since 2016. 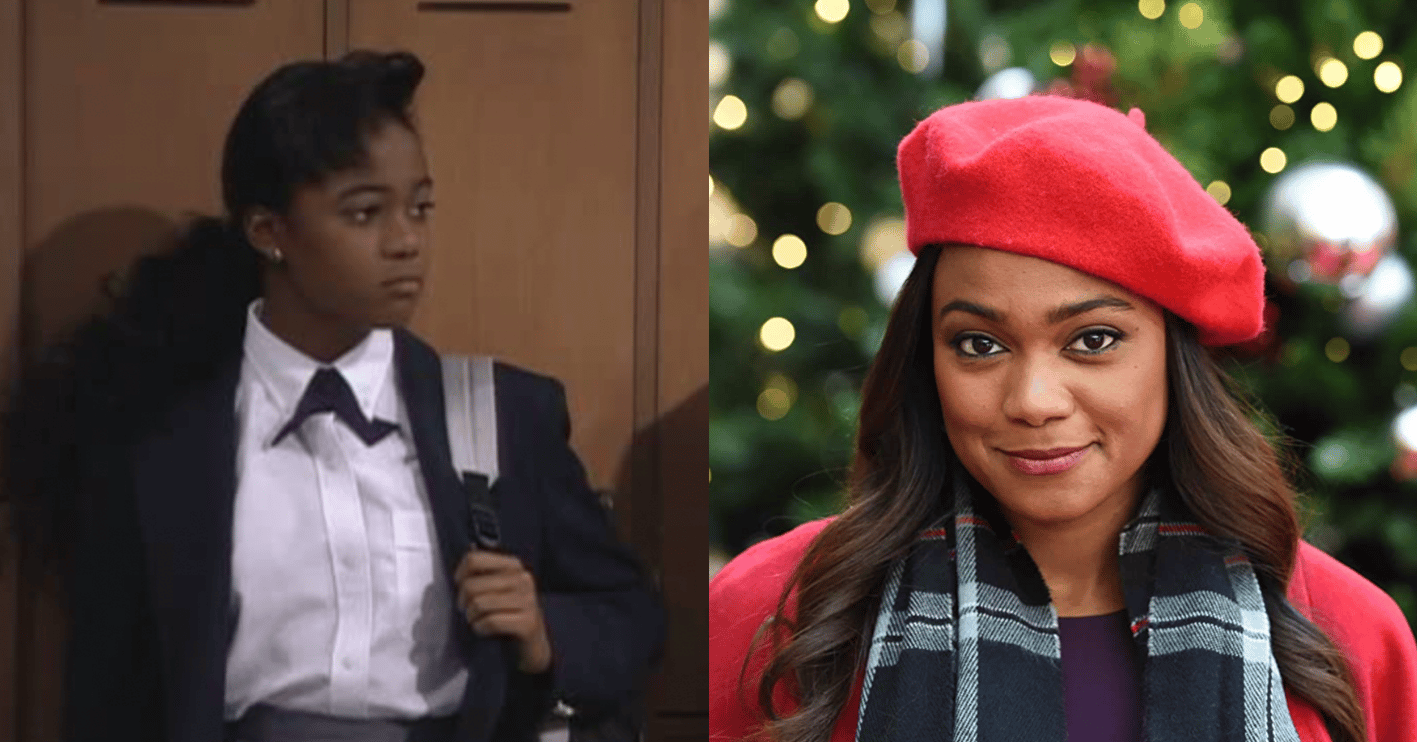 Tatyana Ali started working professionally at just six years old, when she was offered a regular spot on Sesame Street. Around the same time, she also appeared on Star Search, before getting her big break in 1990 with the role of Ashley Banks in The Fresh Prince of Bel-Air. Alongside her acting career, Ali also successfully broke into the music world, with a certified gold debut album, Kiss the Sky, in 1999.

However, Ali also wanted to pursue an education alongside her music, and so she made time to attend the prestigious Harvard University, graduating in 2002 with a degree in African American Studies and Government. She has also continued to land recurring acting roles, recently appearing on CBS’s The Young and the Restless and BET’s Second Generation Wayans. 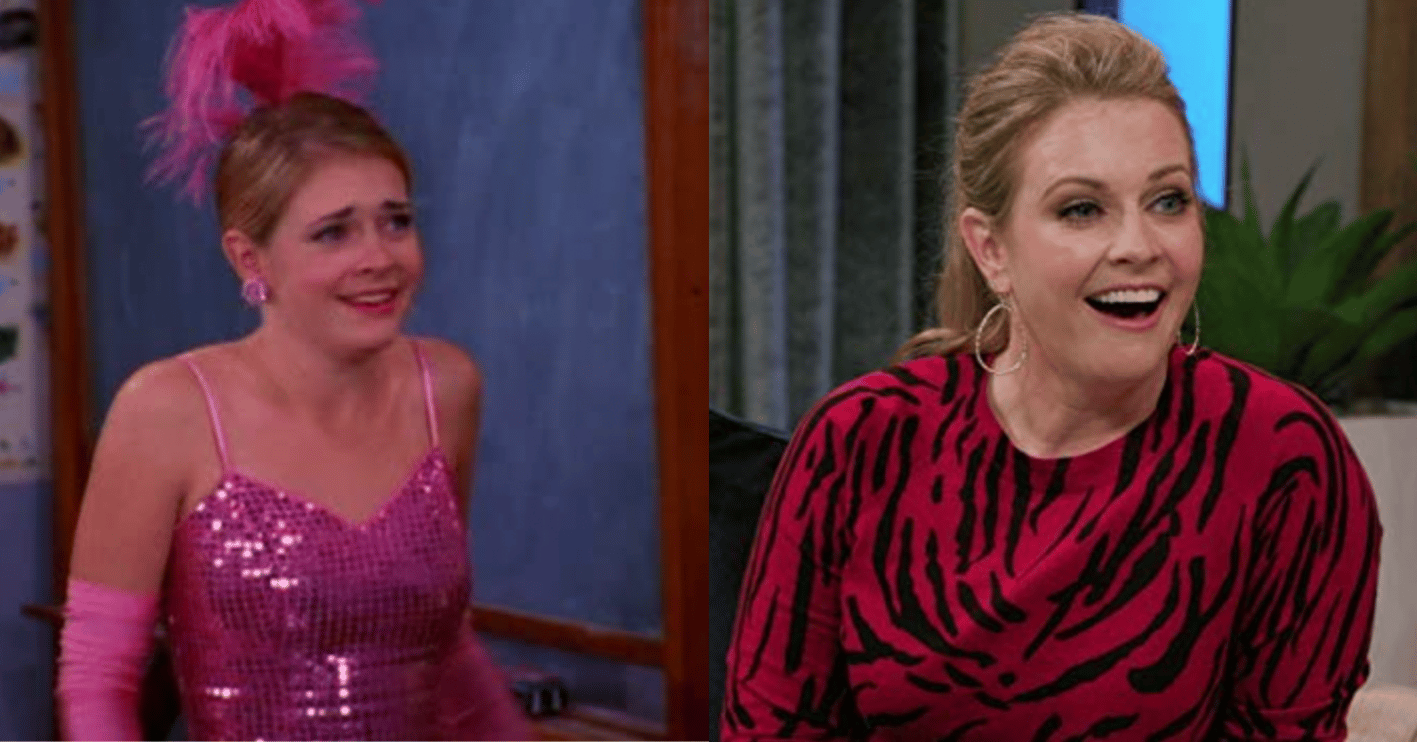 Way before Riverdale and Netflix’s The Chilling Adventures of Sabrina, there was another beloved teen show centred on a classic Archie Comics character. In 1996, Melissa Joan Hart brought Sabrina to life in ABC’s hit sitcom Sabrina the Teenage Witch, which ran until the year 2000. This show alone shot Hart into the spotlight, after she was primed for fame by her starring role in the Nickelodeon series Clarissa Explains It All.

Though her momentum stuttered as she entered adulthood, Melissa Joan Hart eventually found a comfortable niche for herself, starring in Hallmark Christmas movies. The choice to pivot to festive family entertainment actually represented a full-circle moment for her, as her first-ever acting job was playing Amy in 1987’s Christmas Snow.