10 Facts About Terminator 2 That Deserve A Thumbs-Up

Terminator 2: Judgment Day took everything that was good about the first Terminator film and made it bigger and better, and also added in some truly cutting-edge special effects. While the newer Terminator films have consistently disappointed, T2 and Aliens made James Cameron the king of the action sequel, a feat he’s hoping to repeat with Avatar: The Way of Water.

10. The production team used Shredded Wheat for the nuclear apocalypse 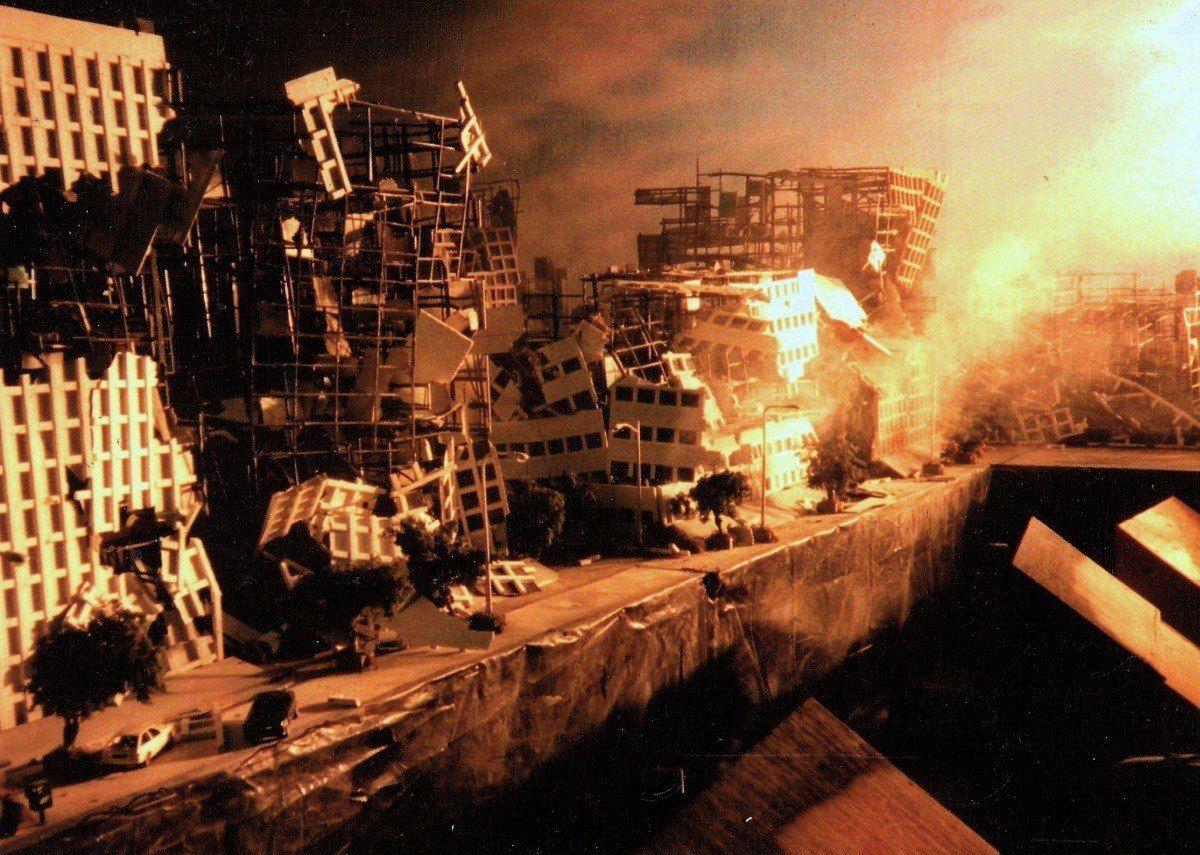 Terminator 2 is full to the brim with memorable moments, but none are as nightmarish as Sarah Connor’s vision of the apocalypse that gives rise to the machines’ new order. However, the scene with the nuclear explosion occurred on a far smaller scale than you might realise. Where today the sequence would likely be 100% CGI, Terminator 2’s SFX team utilised old school practical techniques.

A miniature Los Angeles was created especially for the sequence, using some components you might not have expected: crackers and Shredded Wheat were used to create the devastated urban landscape in the wake of the nuclear explosion. 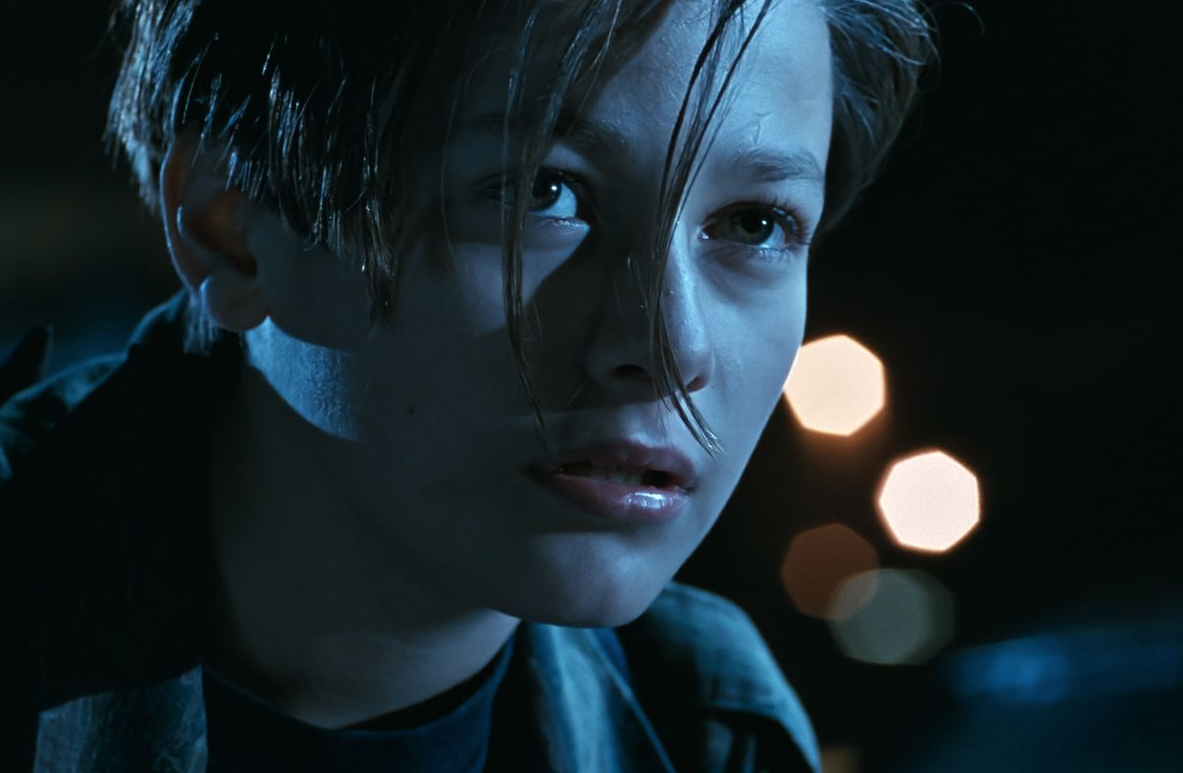 Edward Furlong is perfectly cast as a young John Connor, bringing a dramatic depth to what could easily have been another whiny kid role. Of course, one issue with casting pubescent actors is that, even on a shoot that lasts just a few months, they tend to go through noticeable physical changes. This was the case for Furlong: on top of growing taller during production, his voice also broke.

This proved a particular challenge in editing, since the sequences were not short in chronological order. Watch closely and you may notice that Furlong ages and de-ages throughout. In addition, his changing voice had to be pitch-corrected in post-production to account for the varying tone.

8. It’s the only Terminator movie to have won Oscars 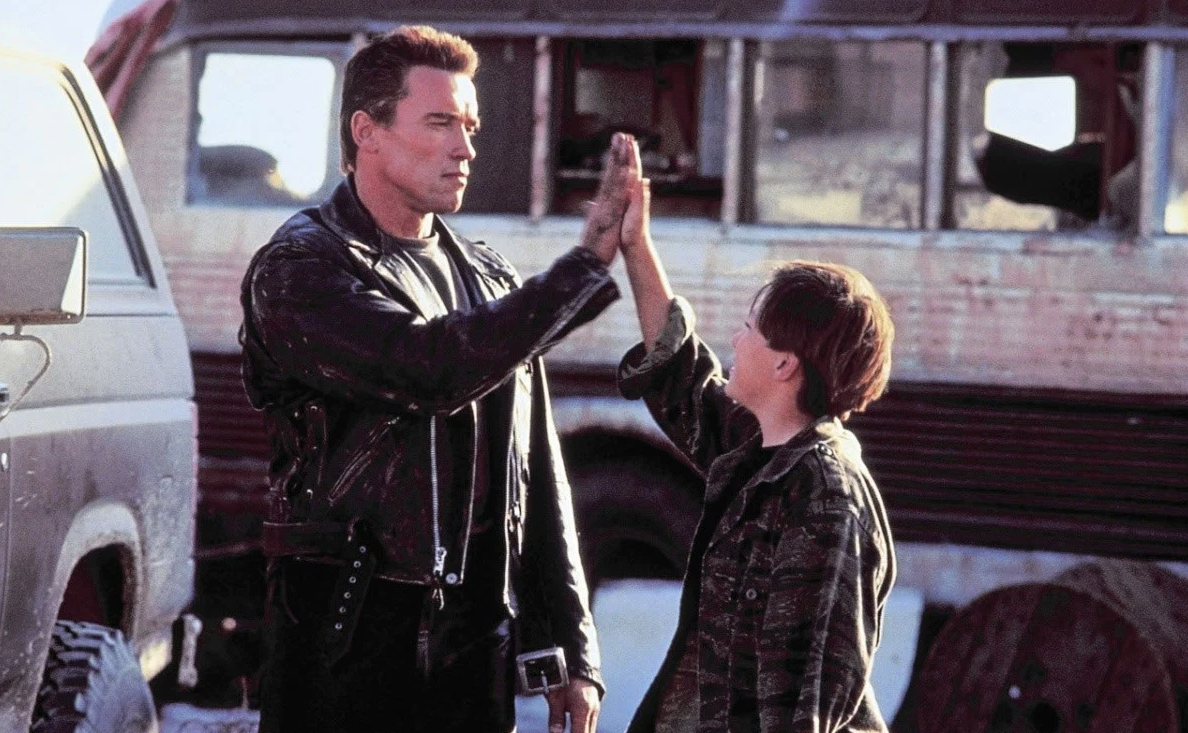 Sequels tend not to fare well with the Academy (except for, most famously, The Godfather Part II and The Return of the King). Terminator 2, however, was nominated for six Oscars, in cinematography, film editing, sound, sound effects editing, makeup and visual effects.

Terminator 2 enjoyed an impressive haul at the Oscars, winning four and only missing out on the editing and cinematography awards. This is especially impressive given that the original Terminator received no nominations at all.

7. Robert Patrick went through intensive training so he wouldn’t break a sweat 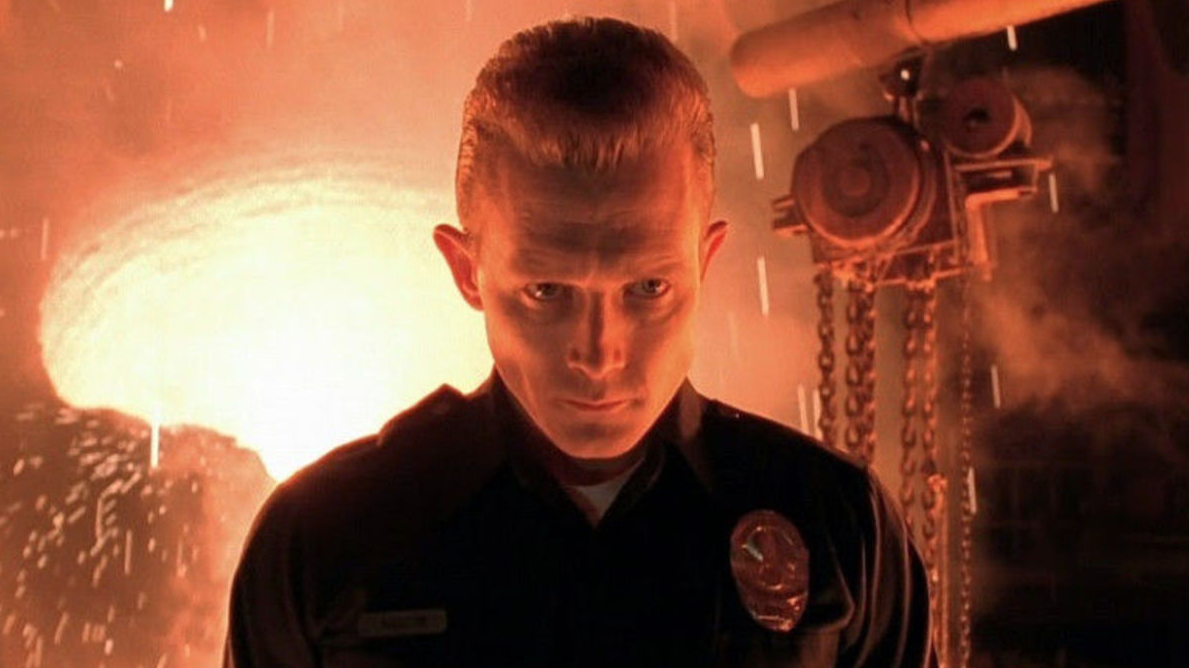 Robert Patrick landed his breakthrough role in Terminator 2 as the antagonistic T-1000. The actor was determined to convince as this more athletic model of Terminator, so he put in intensive running training so that he could look like he was running hard on-screen without showing that he was struggling or getting tired.

This approach paid off in spades. In one scene when the T-1000 gives chase as John Connor tries to escape on a moped, Patrick was asked to slow down as he was catching up with the motor vehicle too easily! 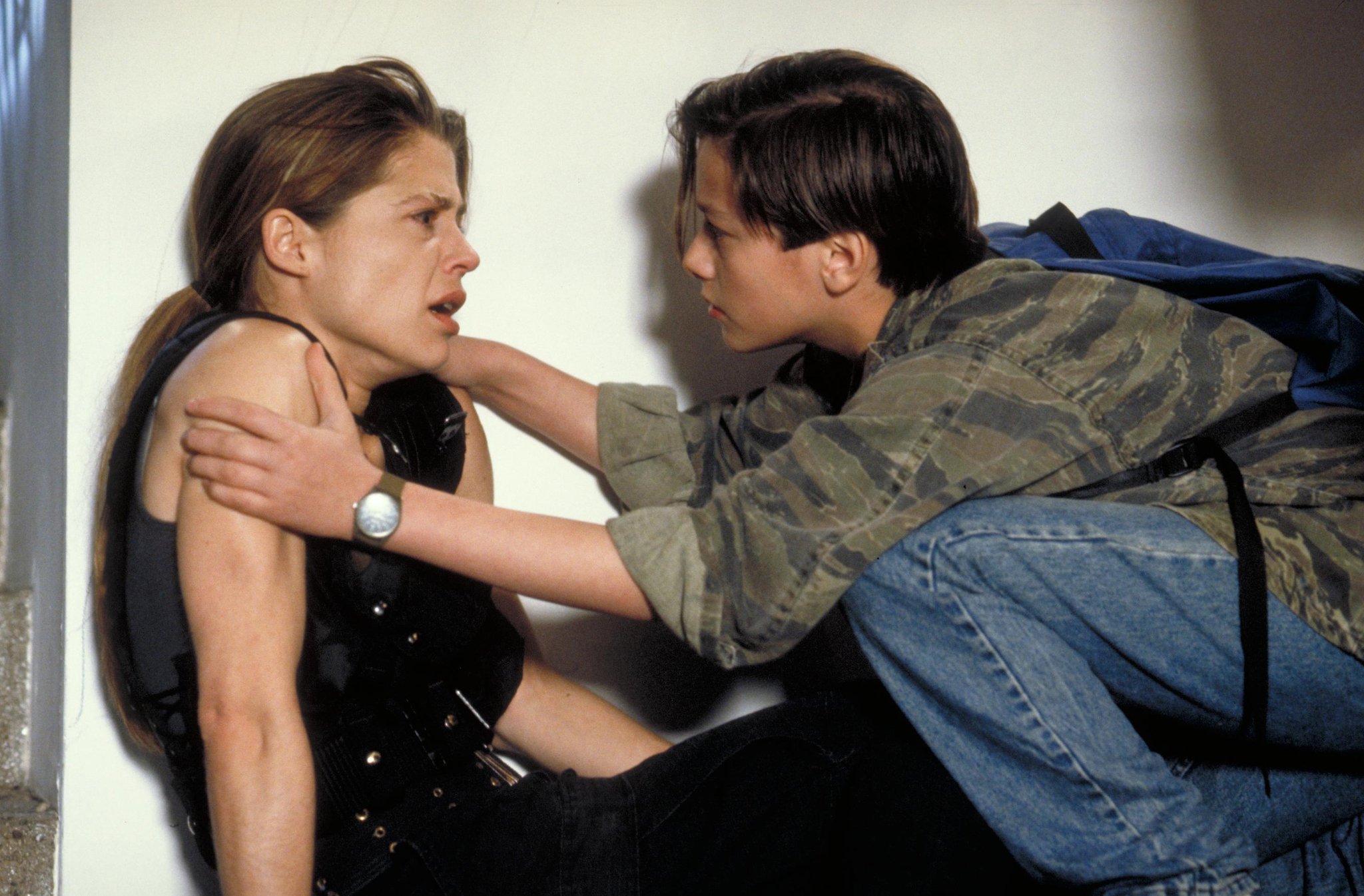 Terminator 2 features a great deal of gunfire, and even though the actors were firing blanks in a controlled environment, there is still risk involved. Sarah Connor actress Linda Hamilton learned this the hard way when filming the scene when she opens fire on the T-1000 in an elevator.

The actors had been given earplugs to wear in the firearms scenes, but Hamilton forgot to put them back in between takes. As a result of firing in the enclosed environment, she wound up suffered permanent hearing loss in one ear. 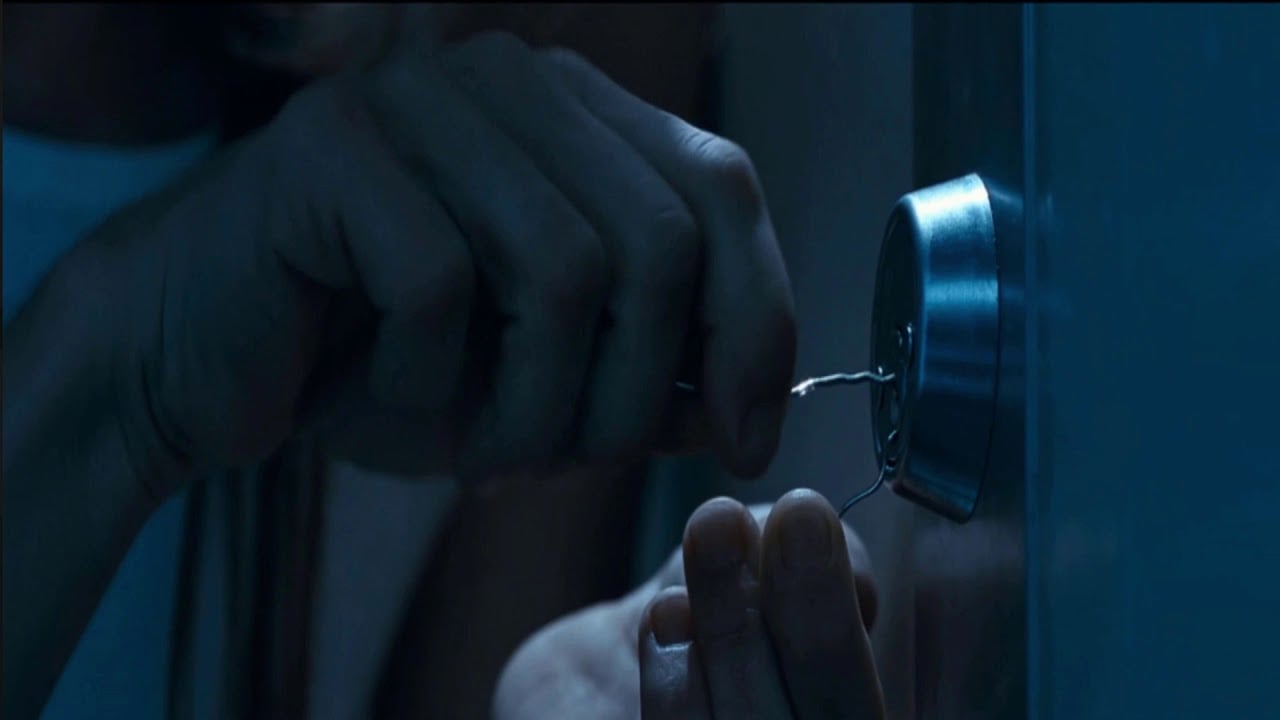 Terminator 2 is unquestionably Linda Hamilton’s magnum opus. Transformed from her experiences in the first movie, Sarah Connor stands up for what she believes in even when locked up in a psychiatric ward. Taking things into her own hands, she breaks out.

Linda Hamilton spent time learning the skill of lock-picking so she could do it for real on camera, though the success of T2 meant she would never have to put her new skill to more nefarious ends. 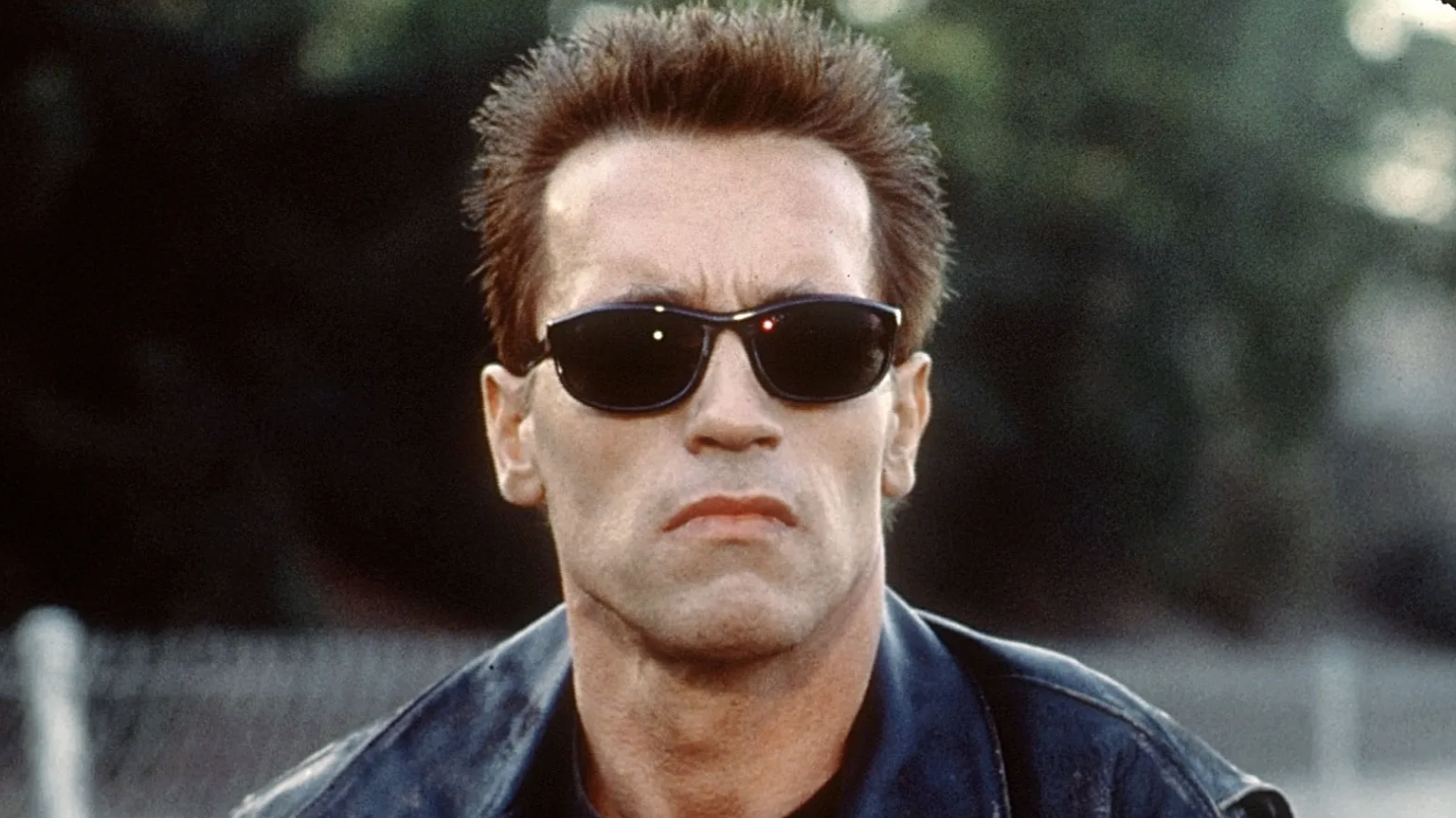 Of course, given he had to keep himself in tip-top condition and engage in many physically demanding scenes, the Austrian Oak earned his salary in plenty of other ways.

3. A line of children’s toys was produced 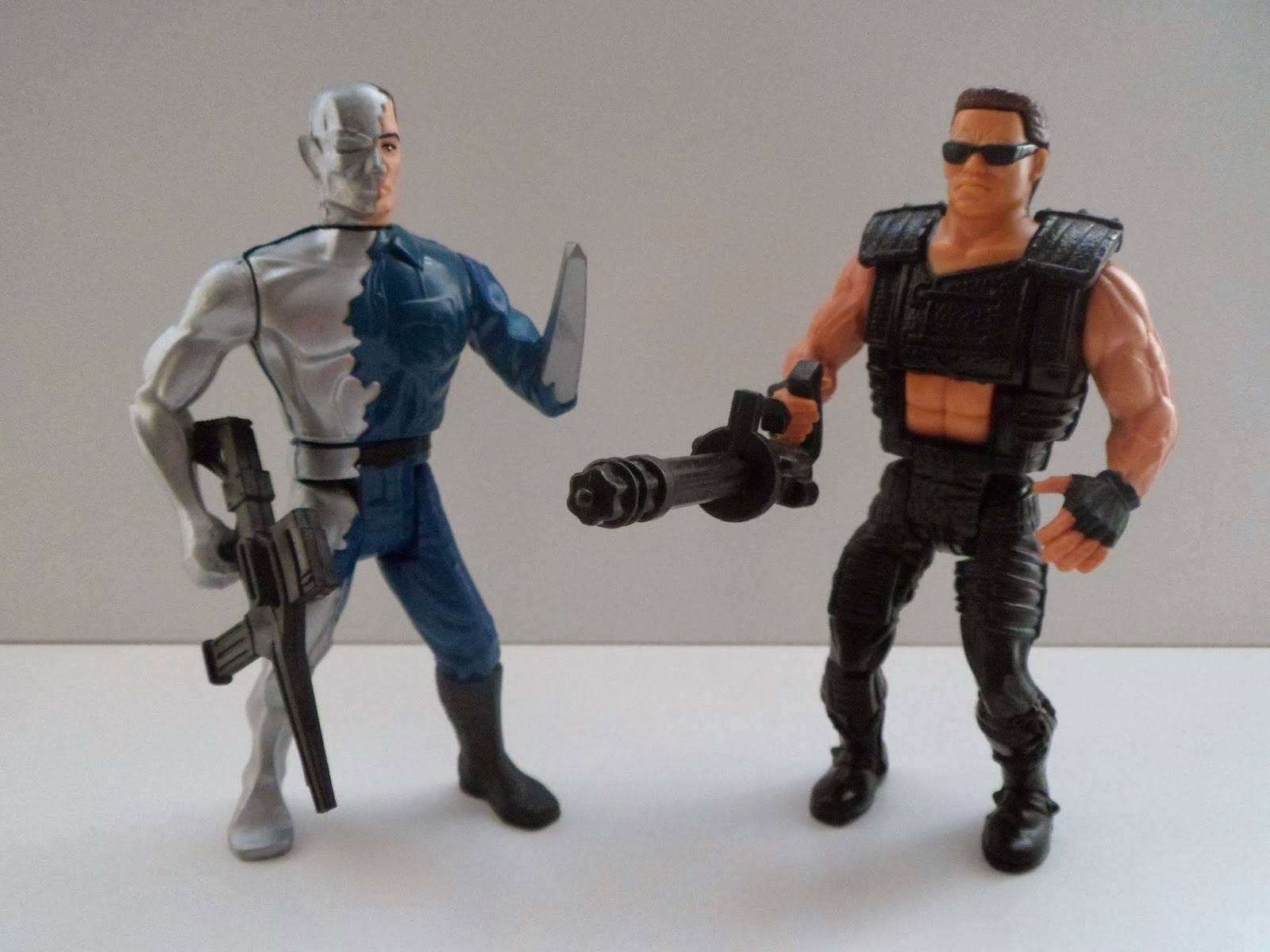 Terminator 2 was rated 15 in the UK and R in the United States, so you might think that a line of kids’ toys might be out of the question. That didn’t deter the merchandisers, however, who produced an extensive line of toys based on the violent movie.

These action figures became a huge success, which might suggest that a lot of children managed to sneak into cinemas to watch Cameron’s action classic.

2. Michael Biehn could have returned 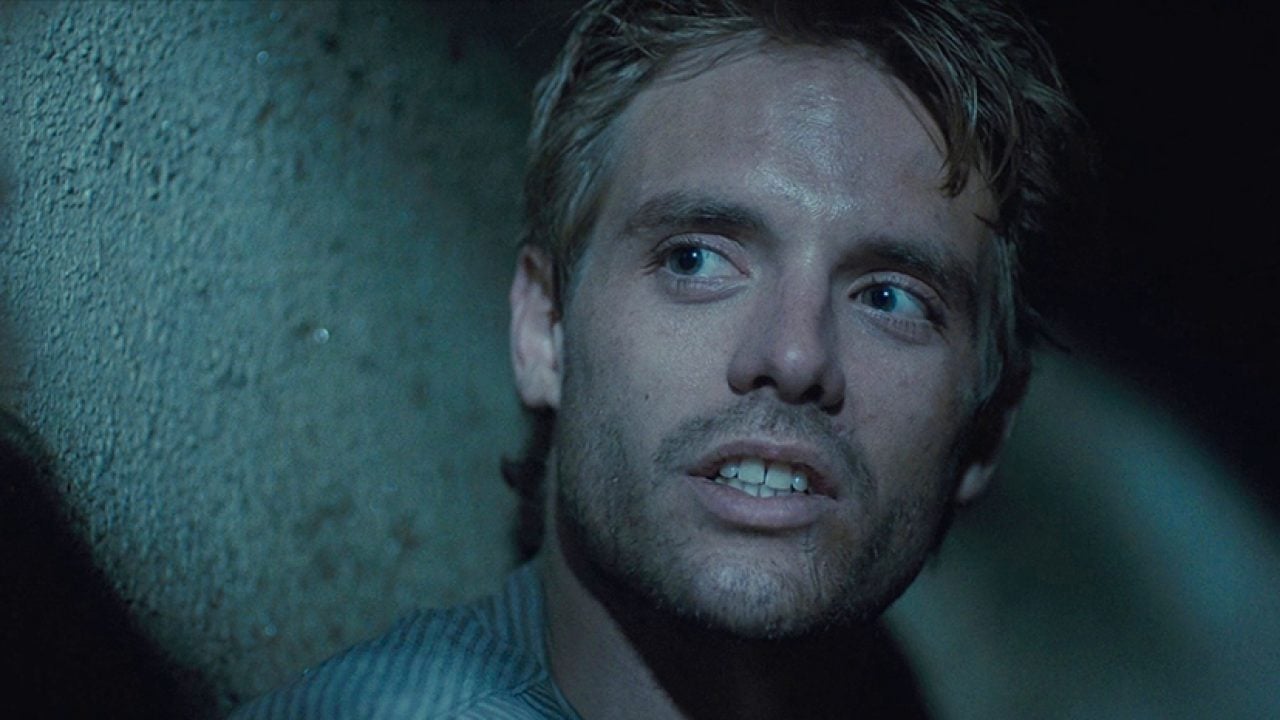 At one point, the film makers were considering bringing back The Terminator’s hero Michael Biehn, but this time in the role of the evil T-1000 as an ironic role reversal from the original movie. In the end, this idea was dropped as it was thought to be far too confusing for audiences.

Biehn did film a scene for Terminator 2, reprising the role of Kyle Reese in a Sarah Connor dream sequence. This was cut from the theatrical release, but later included on home entertainment in the director’s cut. 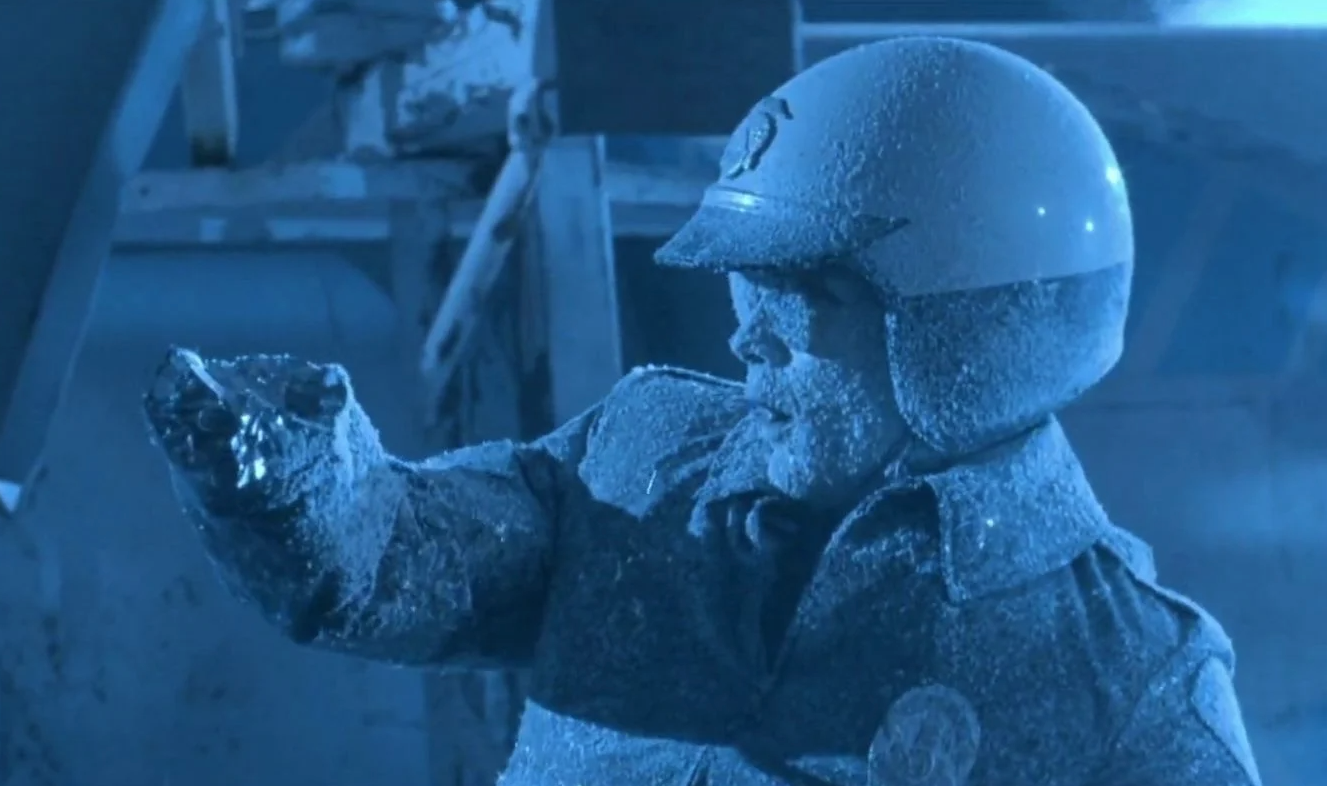 Terminator 2 showcased incredible leaps in CGI, but as we’ve established, director James Cameron still used his fair share of practical effects. Another example of this is the scene in which the T-1000 is frozen and breaks apart, losing a hand in the process.

For this shot, an amputee actor took Robert Patrick’s place. The actor’s prosthetics were then removed, with Patrick in place beneath the set to rise up and continue the T-1000’s pursuit.