American Beauty is the 1999 American drama written by Alan Bell and directed by Sam Mendes. Although the film was well received at the time of its release, these days, the film isn’t faring quite so well…

Telling the story of a middle aged man on the verge of a breakdown, the film ominously foretold the troubling accusations surrounding Kevin Spacey, which would come to light nearly 20 years after the film’s release.

Nonetheless, the film is widely considered to be a cinematic masterpiece, providing an insightful commentary on the hollowness of American suburbia. Here, we delve into ten reasons why American Beauty has aged so poorly. 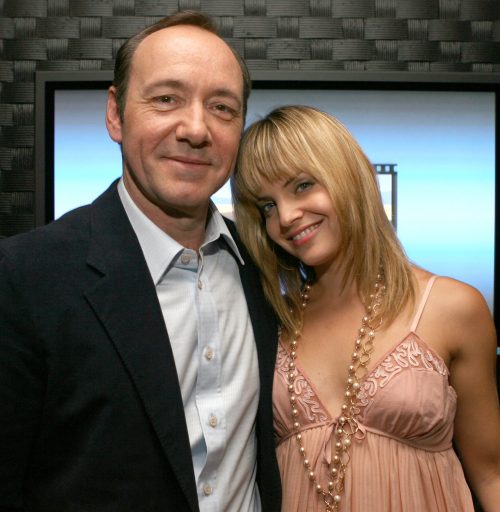 Yup, we went there. Spacey forged a career playing a variety of characters with slightly dubious intentions, and his role in American Beauty was no exception.

Spacey’s performance in the film was highly praised, and indeed, he conveys the monotonous drag of day-to-day life in a highly accurate, and amusing, manner.

In the film, Spacey’s character, Lester, becomes infatuated with an underage girl and, watching the film now, we are haunted by the uncomfortable realisation that Spacey himself is not so different from the character he portrays. The blurring of art and life has become just a little too blurred for comfort… 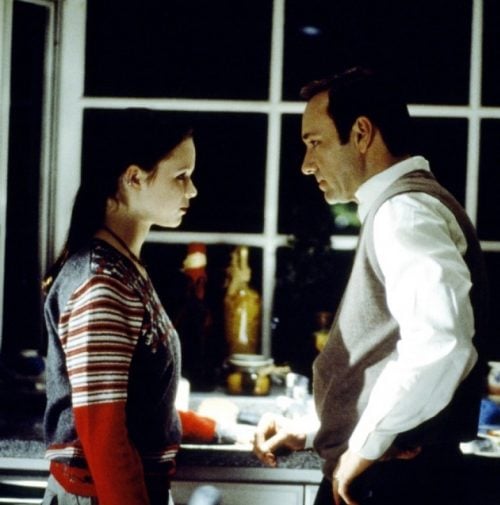 Spacey’s portrayal of Lester Burnham is one that we can all empathise with. Feelings of loneliness, desolation and general boredom are common among adults (much more so when you’re trapped in a loveless relationship and seemingly despised by every one around you).

Despite this, we can only assume that the majority of us do not seek to alleviate our feelings of hopelessness by pursuing our teenage children’s friends. Of course, it could be argued that Lester’s inability to distinguish between harmless fantasy and predatory behaviour is a substantial part of the plot. And this is true.

However, it could also be said that Lester’s mid-breakdown behaviour is glorified. The scene where Lester is driving along, singing to American Woman whilst stoned might be intended to mock the character, but it also serves to glorify his erratic behaviour. Clearly, Lester thinks he looks pretty cool. And so too will some viewing the movie.

8. It promotes an ‘all or nothing’ mentality 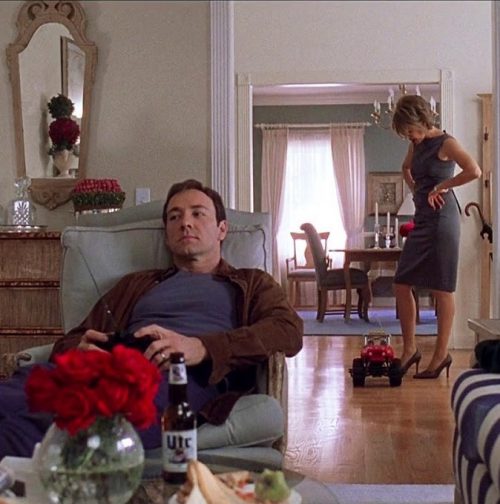 Sure, providing for your family all whilst being overworked and ill-treated is hardly ideal, but if you choose to be a participating member of society, this is unfortunately just part of the baggage that comes with it.

But why should Lester be forced to choose between being a functioning adult and a pot-smoking wannabe teenager? There must surely be some kind of middle ground.

Rather than completely falling off the rails, it would surely have been more logical for Lester to seek a healthy work/life balance and attempt to fix his decaying marriage and relationship with his only child. Let’s be honest here, this isn’t the 50s. Divorce is a perfectly viable solution, and surely preferable to living a life of abject misery. 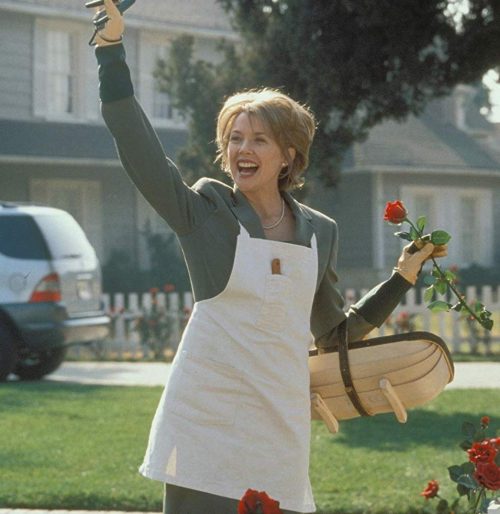 Lester Burnham may be depressed and unhappy with his life, but this was the path he chose. He is an emotionally absent husband and father, yet it’s him we feel sorry for.

Carolyn Burnham is a successful working woman who is described as being ‘neurotic’. But let’s face it, who wouldn’t be just a little neurotic after living with a man whose self obsession borders on narcism.

Throughout the film, Lester is constantly gaslighting his wife and making her concerns seem insignificant. Take for example the scene where he turns off Carolyn’s music at the dinner table. Despite both of the couple working full time, it was she who spent her evening slaving away over a hot stove to put food on the table. For that, we firmly believe she deserves to listen to the music of her choice. 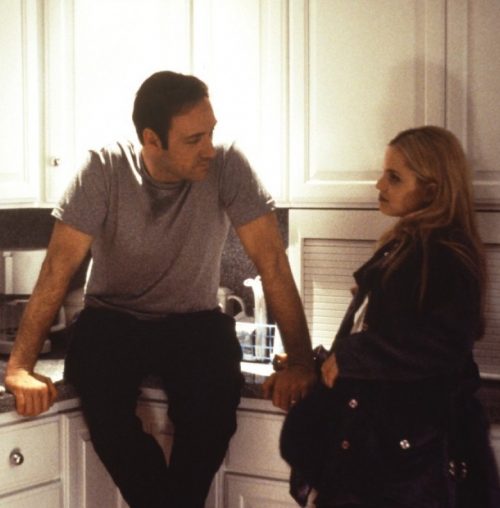 American Beauty is clearly a film attempting to make a statement. And to a certain extent, it does. The film encourages its viewers to “pursue a more meaningful life” and essentially “find themselves”.

Sure, the concept of rejecting conformity is all well and good, but in reality? Not so much. It’s simply not attainable for the majority of us. Going to work at the same time every day and coming home to suburban normality is emotionally draining and somewhat soul destroying, but it’s a necessary evil (at least in today’s society). After all, if you can’t work, then you can’t eat and you can’t put a roof over your head.

Living a life of freedom is something many of us dream of, but individually, we cannot upheave society and reject social norms without ending up very, very poor. And for most of us, this is not an appealing prospect.

5. It stereotypes the mid-life crisis 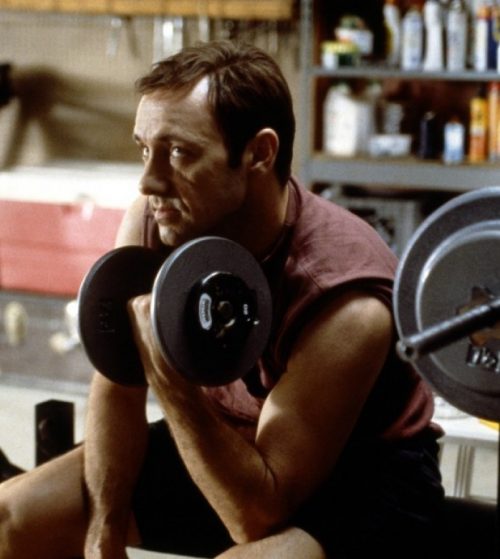 When we think of a mid-life crisis, our minds most probably wander to the stereotypical middle aged man drinking excessively, dressing poorly and buying a shiny new car.

And this is exactly what Lester does. Okay, so he may be more prone to smoking a joint than sinking a six-pack but they both result in a brief escape from reality, and we can only assume that’s the main objective.

People in the midst of a mid-life crisis don’t usually pursue young, underage girls, but this is the stereotype American Beauty decided to perpetuate.

4. Lester’s questionable reason for not sleeping with Angela 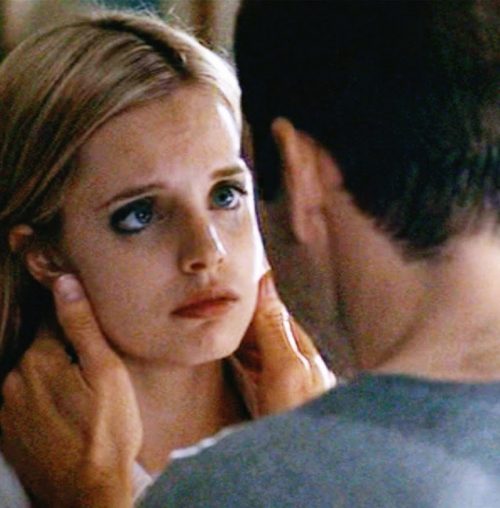 After the build up between Lester and Angela, we are relieved when Lester ultimately seems to come to his senses just before they’re due to sleep together.

However, when we really think about it, it’s slightly concerning that the only reason Lester manages to stop himself is because he realises she is a virgin. Yes, it could be said that this realisation allows Lester to see Angela for what she is – a child – but really, his reasoning is questionable.

Virginity does not aquatint to innocence. And, as a man with a daughter of the same age as Angela, Lester should surely be aware of this.

3. It portrays itself as deeper than it really is 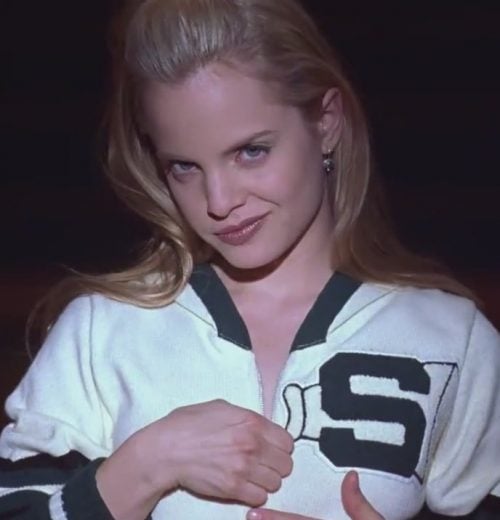 American Beauty has been described as a “deep movie for shallow people” and, quite frankly, this seems rather apt considering the film is littered with faux-philosophical ideologies.

The line “sometimes there’s so much beauty in the world I feel like I can’t take it” is a classic example of this. Sure, the plastic bag blowing in the wind is pretty in an ethereal kind of way, but if it had been placed there by Banksy himself, then it would perhaps make more of a statement.

Despite the film’s dark themes and insightful social commentary, we are ultimately left to ponder the idea of “beauty being found in everything”, which unfortunately, is simply not true.

2. Its use of cliche symbolism 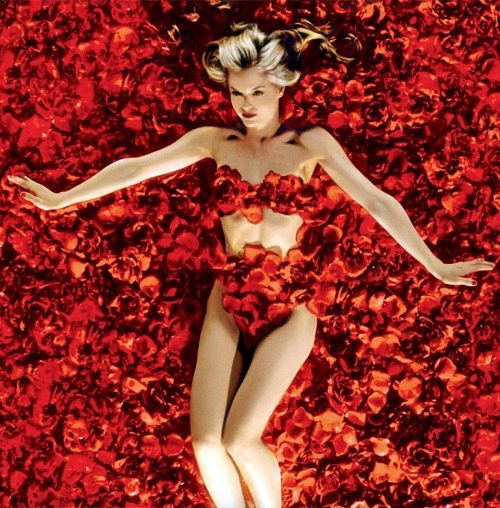 The colour red is used consistently throughout American Beauty. At first, it is seen in the roses we associate with Lester’s infatuation with Angela. The roses then start to appear throughout the Burnham household, representing the facade that hides the emptiness of life.

We become so used to the red roses, in fact, that we as the viewer are lulled into a false sense of security. This makes the crimson blood splatter seen after Lester is shot all the more shocking, aiding the film’s impressive crescendo. This symbolism is intended to be subtle, but really just parodies our year seven English lessons in which we were told that red = passion. 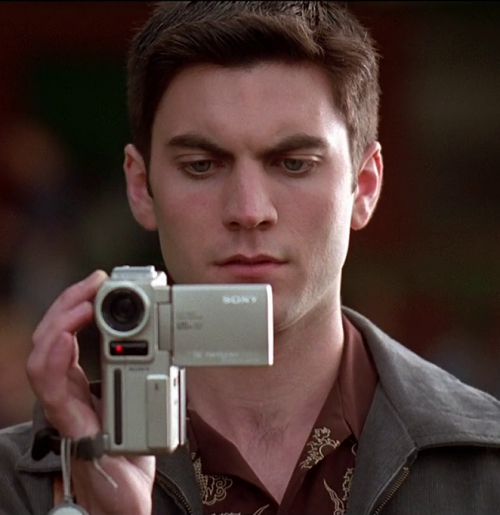 Lester’s daughter, Jane, is riddled with low self-esteem and a strong hatred for her parents. This might go some way to explain her complete lack of concern when she is essentially stalked by her neighbour, Ricky.

Ricky follows Jane around with a video camera, even going so far as to film her in her bedroom without her knowledge. Whilst Jane might be flattered by the reaction, his obsession is seen only as a slight faux pas.

After all, he is just a lonely, isolated adolescent, not an obsessive stalker who seeks to isolate Jane from her only friend, a classic sign of controlling behaviour. Yeah sure, isn’t that what they all say?