He became a household name almost overnight when he whispered what was to become one of the most quoted lines in the history of cinema. However, The Sixth Sense star Haley Joel Osment’s confession to Bruce Willis about being able to see dead people wasn’t the only memorable moment in the life of this former child actor.

To this day, Osment remains best known for his performance as Cole Sear, the troubled boy with the unusual gift in writer-director M. Night Shyamalan’s breakthrough 1999 movie. But what else has happened to the talented young actor in the years since?

Haley Joel Osment was born on April 10th 1988 in Los Angeles, the the son of actor Michael Eugene Osment, and teacher Theresa Osment. Haley has a sister named Emily Osment, who also became a child actress, starring in the Spy Kids franchise as Gerti Giggles.

The bright youngster was on his way to an acting career early, as his parents signed him up with a talent scout when he was just four years of age. 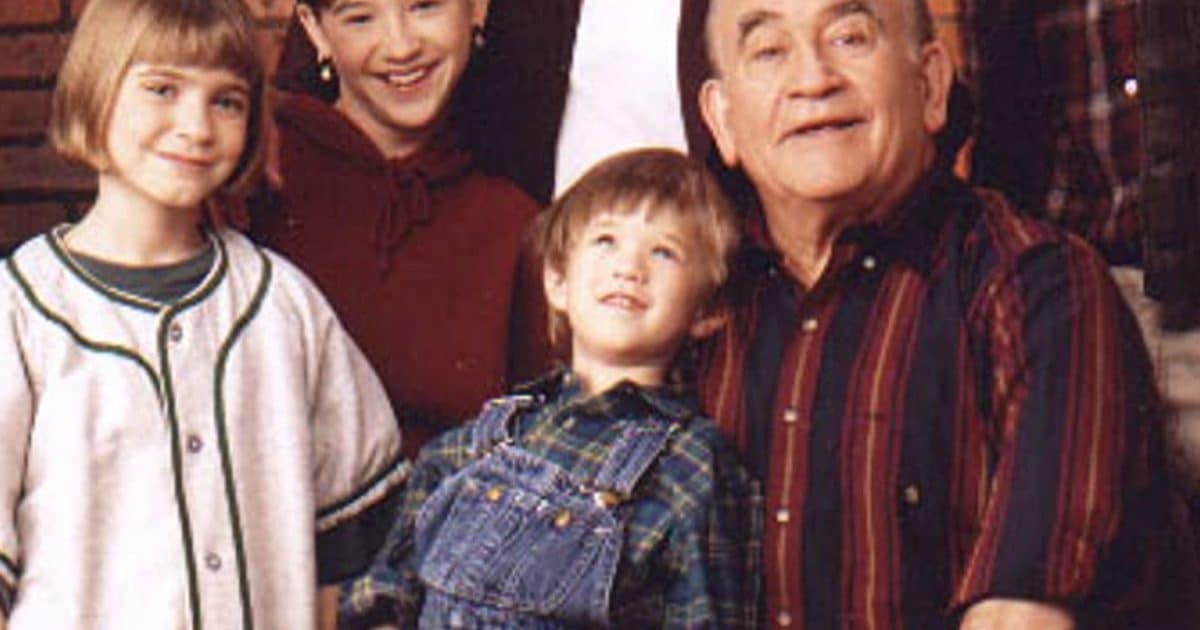 His very first screen appearance was in a Pizza Hut commercial, in which he advertised a supersized ‘Bigfoot’ pizza. It wasn’t long before young Haley won a role in Thunder Alley, a TV sitcom which wound up being cancelled in 1995 after two seasons.

The cancellation of Thunder Alley didn’t do much to stop the momentum of Osment’s career, however. He would make guest appearances on many high-rated TV shows including The Larry Sanders Show, Ally McBeal and Walker, Texas Ranger.

Even more importantly, Osment’s talent was being recognised by the film industry. In 1994, Osment was cast as Tom Hanks‘ son in director Robert Zemeckis’ multi-Oscar-winning blockbuster Forrest Gump, as well as taking a small role in Steve Martin movie Mixed Nuts. 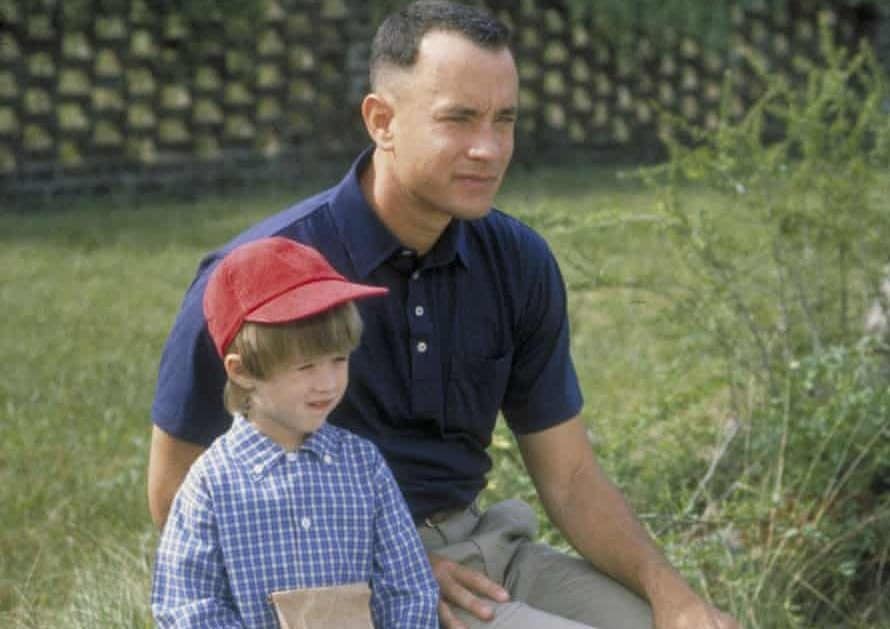 As a result of his work alongside Hanks and Martin, Osment landed the role of Cole in The Sixth Sense when he was only ten years old. Considering how iconic Osment’s performance became, it’s curious to note that the film’s writer-director M. Night Shyamalan had his doubts about casting the young actor at first.

Shyamalan has been quoted as saying that he envisaged a dark and brooding young man as Cole, and that that Osment was a “really sweet cherub… [a] beautiful, blond boy.” However, the director was ultimately won over by Osment’s knack at conveying “vulnerability” and “need.”

Although The Sixth Sense was sold on the presence of leading man Bruce Willis, pretty soon all anyone was talking about was the kid who sees dead people (not to mention the film’s famous climactic twist). 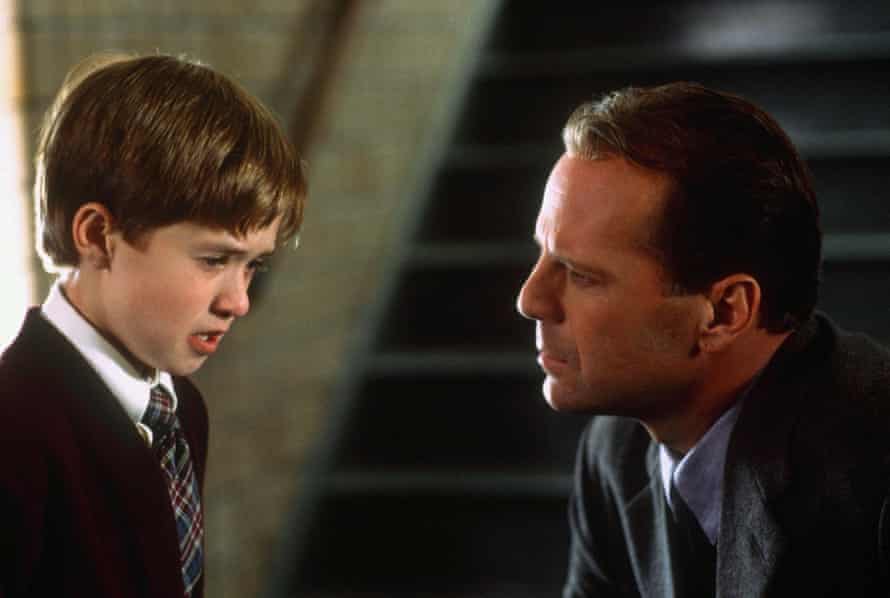 The film was a huge hit: with box office earnings of almost $673 million worldwide, it was 1999’s second biggest movie after Star Wars Episode I: The Phantom Menace.

The reviews were red-hot too, and The Sixth Sense wound up garnering a lot of major awards nominations. Osment’s name came up on most of those awards show lists, including the most coveted of them all: the Academy Awards.

Osment was nominated for Best Supporting Actor in one of the most hotly contested years in the category’s history: the other nominees were Michael Caine for The Cider House Rules, Tom Cruise for Magnolia, Jude Law for The Talented Mr. Ripley and Michael Clarke Duncan for The Green Mile. 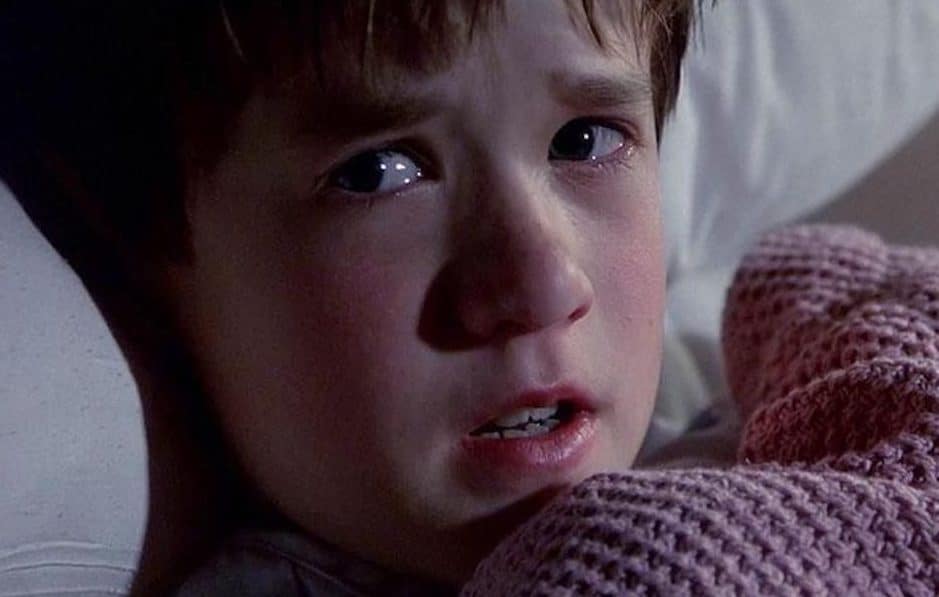 Although Caine ultimately took home the Oscar, the elder actor remarked in his acceptance speech that Osment was “astonishing… Haley, when I saw you, I thought, ‘well, that’s me out of it.'”

Not that missing out on the Oscar seemed to do Osment’s career any significant harm.  Next came 2000’s modestly successful feel-good drama Pay It Forward, before Osment took the lead in Steven Spielberg’s epic science fiction drama, A.I. Artificial Intelligence.

An adaptation of the Brian Aldiss story Supertoys Last All Summer Long, AI was a particularly personal film for Spielberg, as it was an unrealised project of his friend and mentor Stanley Kubrick, who entrusted the script to Spielberg before his death in 1999. 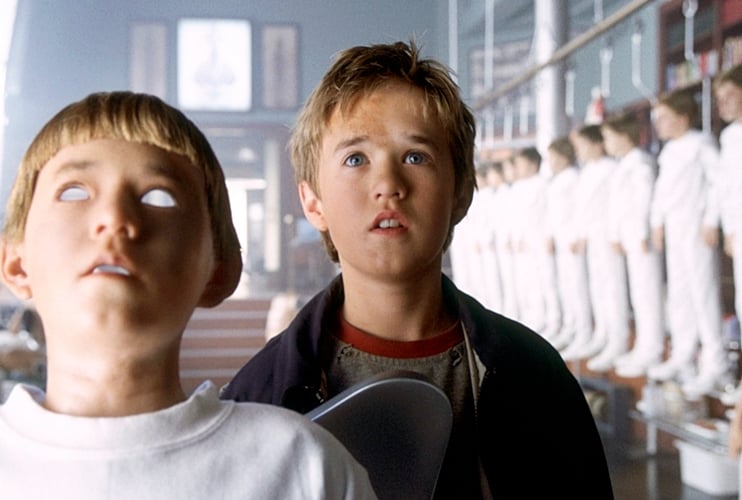 Two of the key reasons Kubrick had been unable to make the film were the insufficient advances in special effects at the time, and the inability to find a child actor up to the job. Spielberg had access both to top-of-the-line CGI, and Osment, who was his only choice for the robot David.

While it was not a hit on the same scale as The Sixth Sense, AI still proved a big critical and commercial success. Osment again earned rave notices: the influential critic Roger Ebert declared him to be “one of the best actors now working.”

Around the same time, Spielberg also suggested Osment for the title role in the film adaptations of the Harry Potter books. This idea was dismissed when it was decided to keep the cast British, and Daniel Radcliffe landed the part instead. 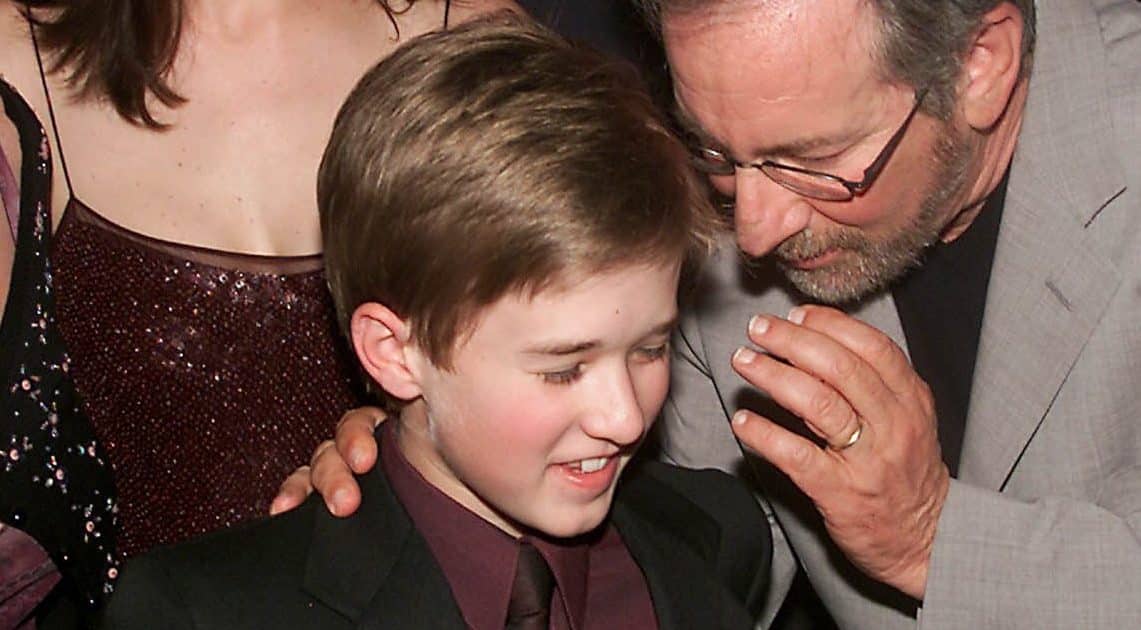 In the years that followed, Osment tended to take less high-profile roles. After 2002’s Secondhand Lions, it would be another five years before the actor was again seen in a live action movie – and by that point, his personal fortunes had taken a sudden and dramatic nosedive.

In 2006, the 18-year-old Osment was involved in a car accident whilst driving under the influence of alcohol, and wound up overturning his car after hitting a neighbour’s mailbox.

On top of leaving the young star with a number of serious injuries including a broken rib and a fractured shoulder, the incident seriously tarnished Osment’s once sweet and innocent image – particularly when it came to light that he was also in possession of narcotics. 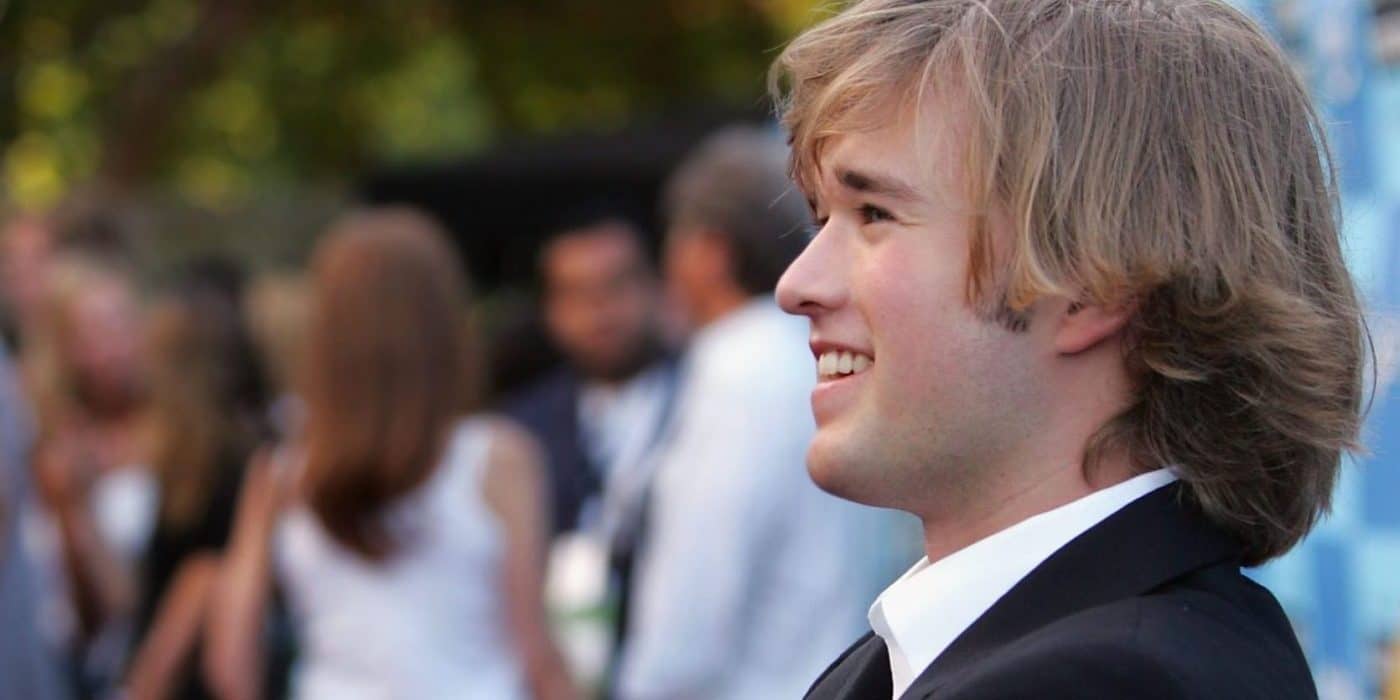 Criminal charges ensued, and Osment wound up pleading no contest to both driving under the influence of alcohol and drug possession, for which he was fined $1,500. After he was charged with marijuana possession, Osment swore off drugs and alcohol. He attended an alcoholic education and rehabilitation program as part of his criminal sentence.

In addition, Osment was sentenced to three years probation and made to attend an alcohol rehabilitation program, as well as entering Alcoholics Anonymous.

After this, it would be a number of years before Osment returned to screens, but the actor seems to have made good use of this time. 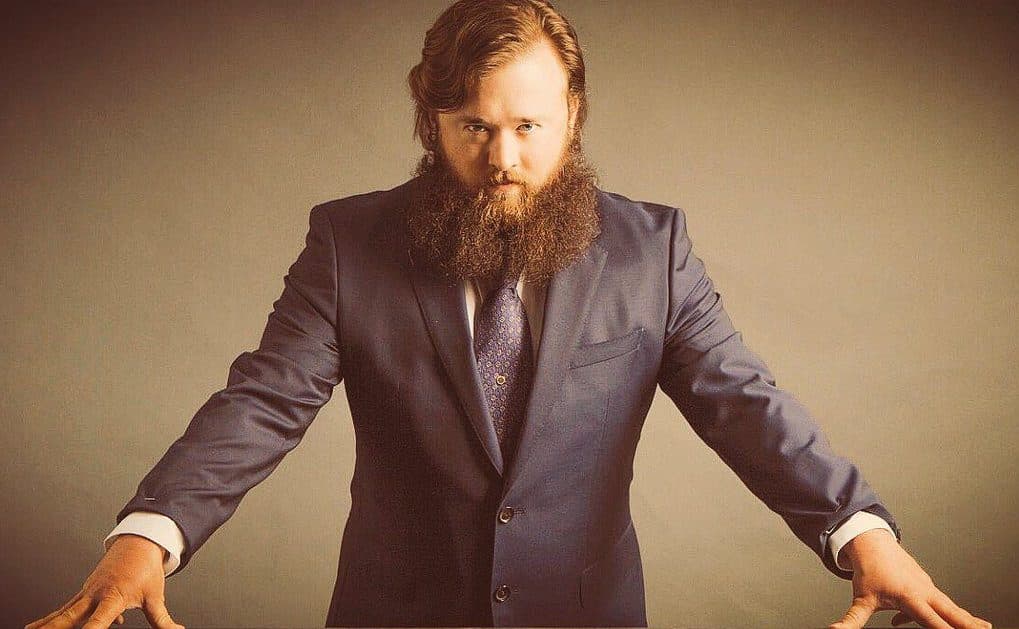 After graduating from New York’s Tisch School of Arts in 2011, Osment relaunched his career primarily as a supporting actor in television and film, generally preferring quirky, independent fare.

After being noted for his angelic looks as a child, Osment has consciously changed his image in adulthood, most notably growing a beard. The actor says he did so “to try to hide in public,” but he admits it hasn’t kept him from being recognised.

After his early superstardom, today Osment seems content to remain on a lower rung of the Hollywood ladder, so it doesn’t look likely that he will ever take another film of such a high profile as The Sixth Sense. He has an estimated net worth of $6 million.

Since 2002, he has voiced the teenage protagonist Sora in the Kingdom Hearts video game series. “It’s pretty nuts that that’s the longest job I’ve ever had going on 22 years now,” he has commented on this role. “And I’ve had fun playing a lot of the editions of it coming out.”

Even so, it’s nice to see that, unlike some child actors, he seems to have emerged from the experience relatively unscathed and made a successful transition to a solid career as an adult. Long may his career continue.