Back when it was first released in late 1995, all but the most fanatical of movie lovers probably didn’t even know that Mallrats existed. A massive box office failure in the US, it wound up going direct to video in many territories, and it seemed doomed to be forgotten overnight. Yet thanks to its charismatic young cast, colourful subject matter and the memorable, expletive-ridden dialogue penned by writer-director Kevin Smith, it didn’t take long for Mallrats to become a major cult classic.

However, Smith’s film proved to have a considerably greater impact than your average low-budget, teen-oriented comedy. In its own unique way, Mallrats helped set the stage for a whole new era in film and fandom – and its echoes are still being heard today.

So, grab a bag of chocolate-covered pretzels, yell “snootchie bootchies!” at the top of your voice, and join us while we explore the ways in which, against all odds, a $6 million flop about slackers hanging out at a mall turned out to be a genuine game-changer.

10. It opened up a new generation of viewers to indie cinema

Mallrats was the sophomore effort of writer-director Kevin Smith, a native of New Jersey who made his first movie, 1994’s ultra-low-budget comedy Clerks, aged just 24. A lot of viewers first learned about Smith through Mallrats, and this naturally led many of them to seek out Clerks afterwards. This, in turn, opened the eyes of many such viewers to the work of other low-budget independent filmmakers such as Jim Jarmusch, Hal Hartley and Richard Linklater.

9. It brought comic book fandom to the mainstream 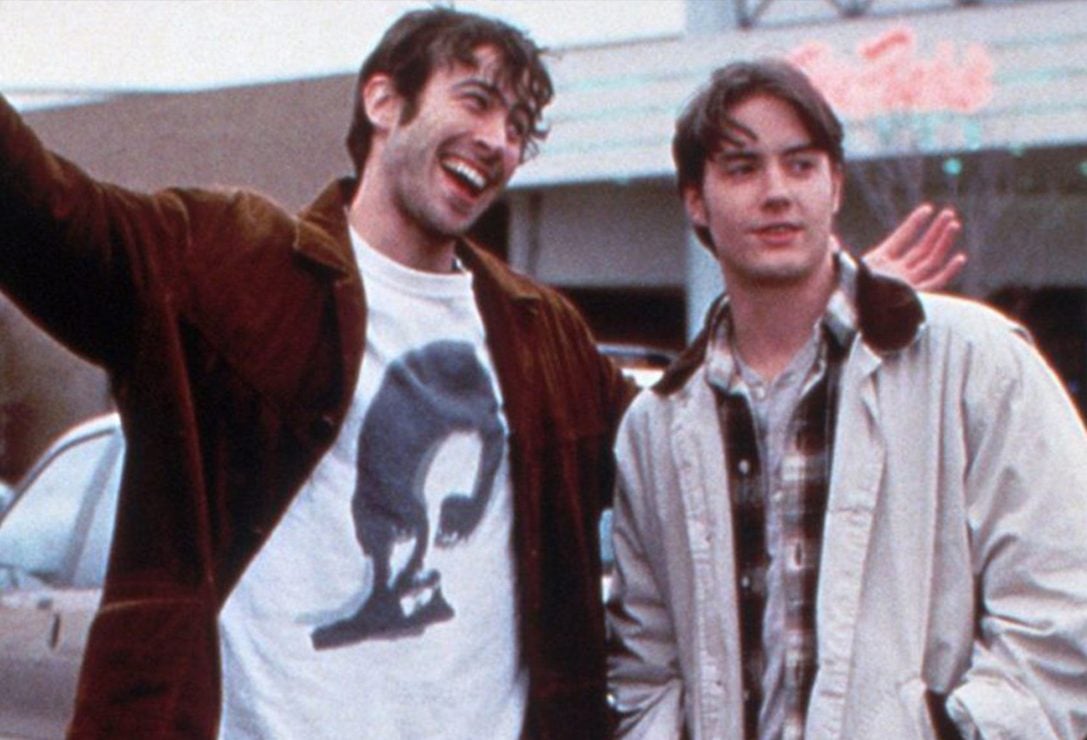 Although Jason Lee is the third-billed Mallrats actor behind Shannen Doherty and Jeremy London, there’s no mistaking that Lee’s character Brodie is the film’s true lead. The skateboarder-turned-actor’s magnetic performance is a huge part of the film’s appeal, and the character is notable for his impassioned, outspoken love of comic books. Mallrats’ opening credits sequence, showcasing comic book covers featuring the cast of the film, further underlines the movie’s comic connection.

Before Mallrats, comic book fans were typically stereotyped as extremely nerdy, socially awkward weirdos; but Lee’s performance as Brodie showed it was possible to be into comics, whilst also being a confident, charismatic and witty individual. Not only was this hugely empowering for existing comic fans, but it also encouraged those who’d been shy about it beforehand to finally give comics a try. Soon enough, Hollywood realised comic book movies could be big business.

8. It popularised the concept of cinematic universes 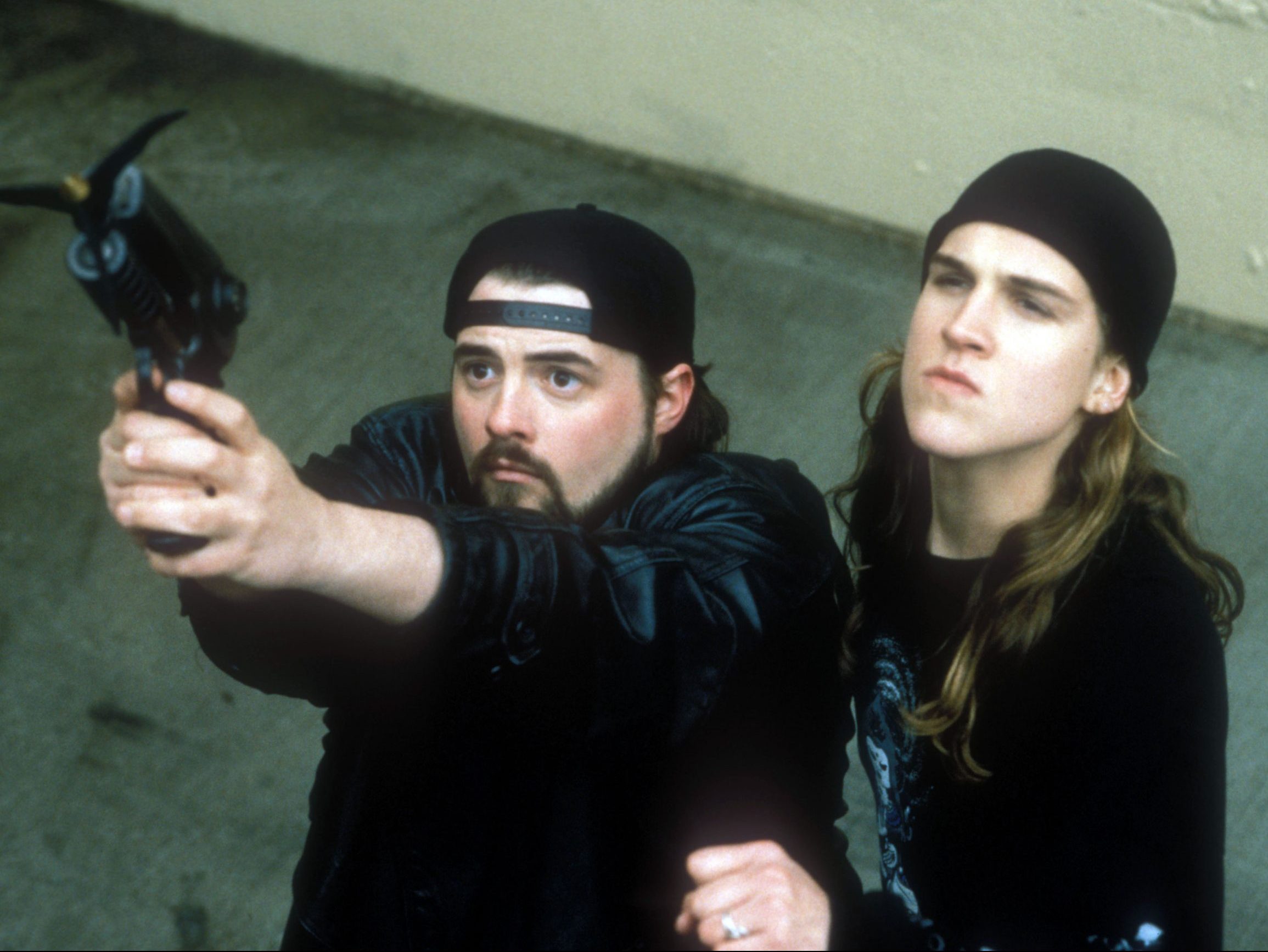 As well as being Kevin Smith’s second film, Mallrats boasts the second appearance of Jason Mewes and Smith himself as Jay and Silent Bob, the comedy duo who first appeared in Clerks and went on to appear in five more of Smith’s films (amongst other film and TV appearances). The inclusion of these characters was just one of the ways Smith bridged the gap between his films, which he would continue to do with Chasing Amy, Dogma and Jay and Silent Bob Strike Back.

As Smith and producer Scott Mosier’s company was named View Askew Productions, they dubbed the world of their movies the ‘Askewniverse.’ This wasn’t the first such shared universe to exist in movies; for one, Quentin Tarantino‘s films do likewise, in a more subtle manner. However, Mallrats did help popularise the idea of cinematic universes, which would catch on in a big way in the years that followed.

As we’ve established, Mallrats made it clear that Kevin Smith knows and loves comic books and superheroes. One of the most memorable dialogue exchanges in the film sees Jason Lee’s Brodie and Jeremy London’s T.S. discuss the logistics of intimate relations between Superman and Lois Lane. This scene got Smith noticed by eccentric producer Jon Peters, who was working on a big-screen reboot of the beloved DC superhero.

Peters hired Smith to pen a screenplay which Smith entitled Superman Lives, which came close to being made with Tim Burton directing and Nicolas Cage in the title role. The film never got made, but wound up one of the most fascinating unrealised projects in Hollywood history – and as can be seen in the video above, Smith has plenty to say about the experience. 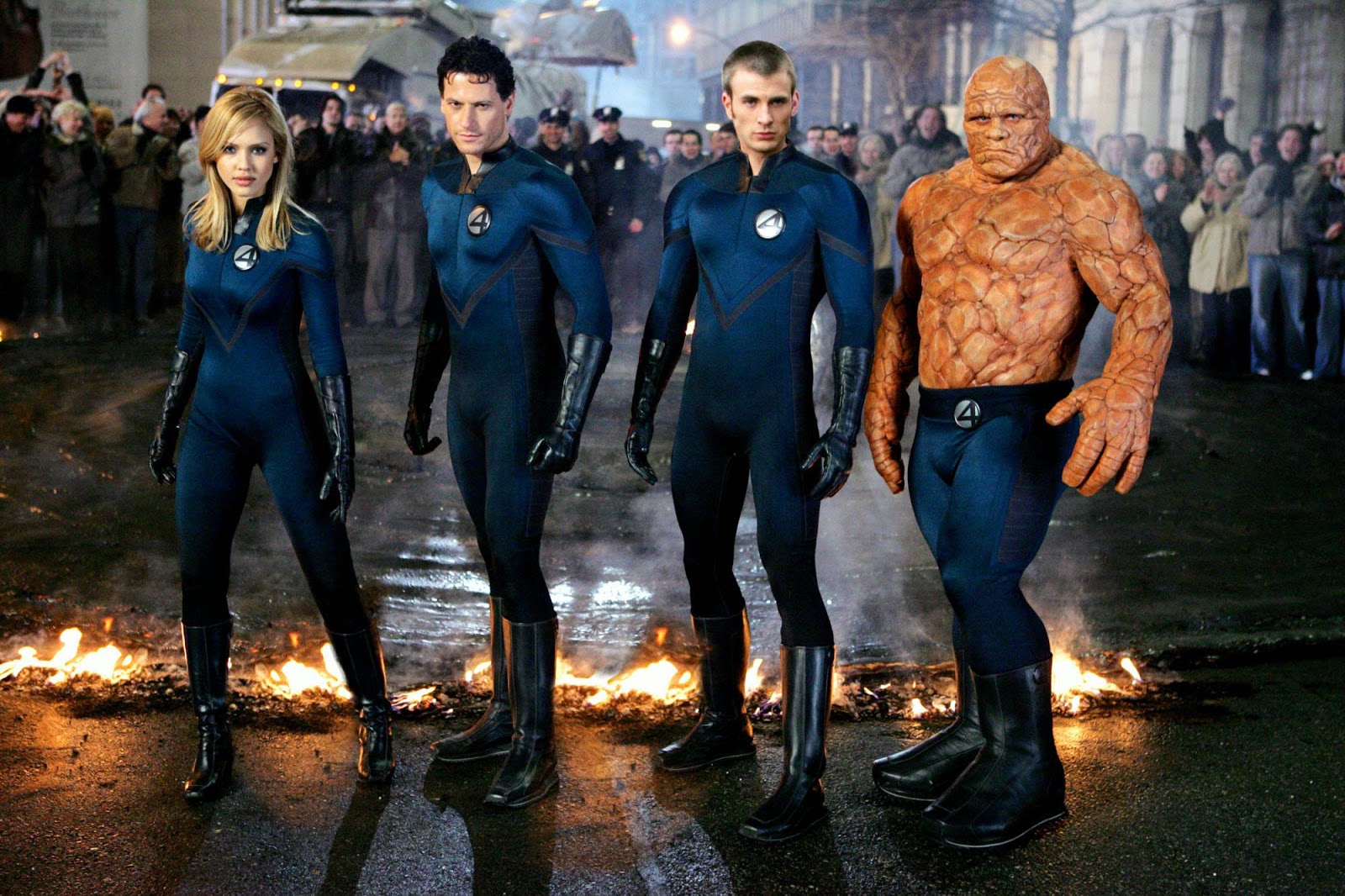 Within a decade of Mallrats’ 1995 release, it felt like you couldn’t move for comic book movies. Marvel characters Blade, the X-Men, Spider-Man, the Hulk, Daredevil and more were adapted to the big screen – then in 2005, it was the turn of the Fantastic Four. There’s a moment in director Tim Story’s film when it is rather pointedly asked whether or not the ultra-flexible Reed Richards, AKA Mr Fantastic (Ioan Grufford), can stretch every part of his body.

If this rather crude joke seems a little familiar, it’s probably because Jason Lee’s Brodie asks that exact same question in Mallrats.

5. It paved the way for the American Pie era of raunchy teen comedies 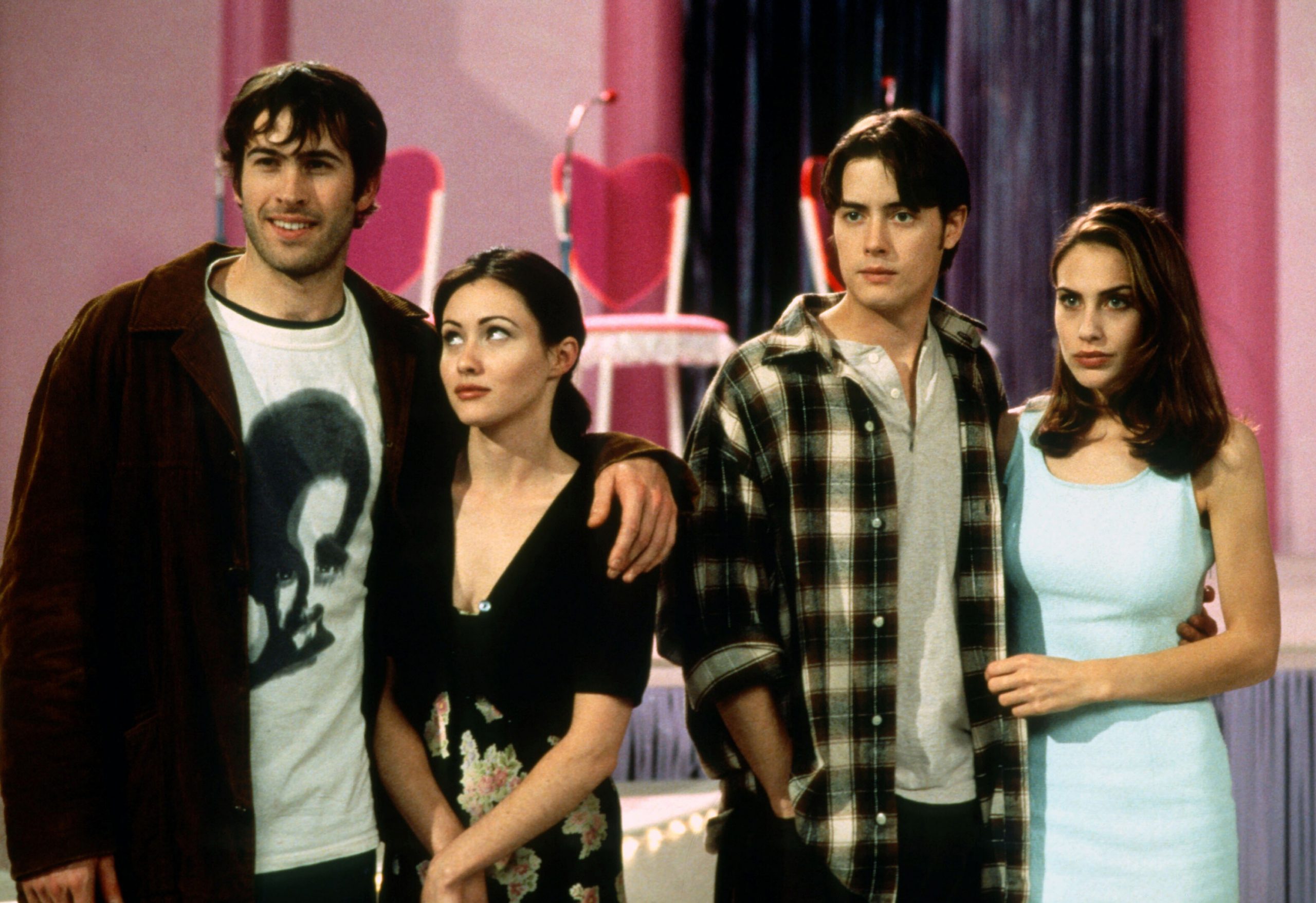 Mallrats was co-produced by Hollywood veteran Jim Jacks, who told Kevin Smith and Scott Mosier that he wanted the film to be “a smart Porky’s.” For those who aren’t familiar, Porky’s was one of the most influential (though critically reviled) comedies of the early 80s, noted for its heavy emphasis on crude humour and voyeurism.

This is why Mallrats piles on the toilet jokes and explicit sexual references, along with moments of gratuitous nudity. Four years later in 1999, much the same path would be followed to far greater box office success by American Pie, which resulted in a slew of similarly raunchy gross-out comedies thereafter.

4. Michael Rooker’s villain foreshadows his performance in Guardians of the Galaxy 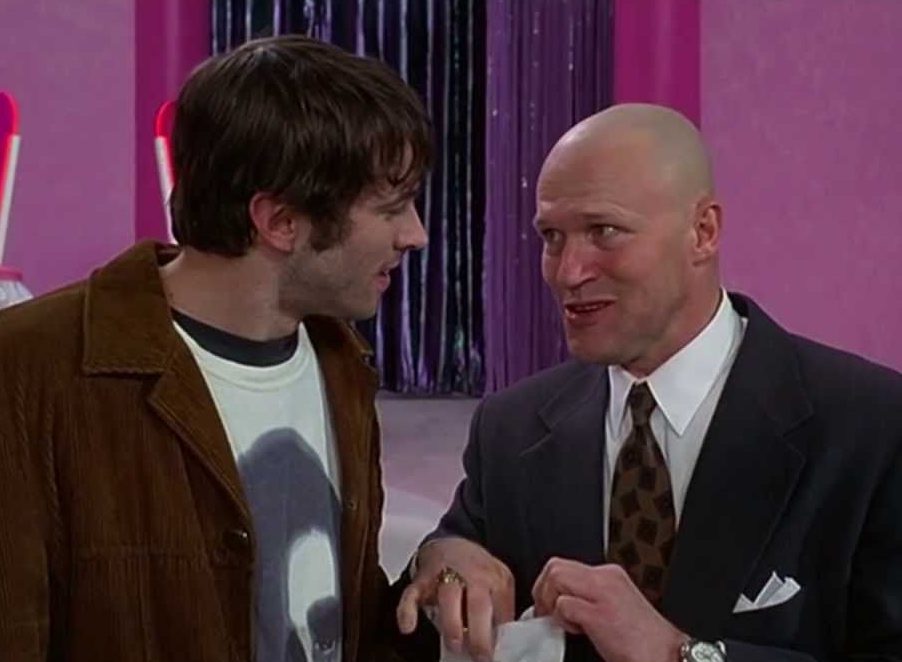 As well as helping kickstart the comic book movie boom, Mallrats also features a few actors who went on to appear in comic book movies themselves. One of these is Michael Rooker, who takes on the main antagonist role as TV producer Mr Svenning, father of Claire Forlani’s Brandi. Picking up on the comic book vibes surrounding the film, Rooker chose to shave his head for the role in order to convey the spirit of Superman’s arch-enemy Lex Luthor.

19 years later, Rooker appeared as Yondu in Marvel Studios movie Guardians of the Galaxy, and if you watch closely there’s a moment when Yondu motions to his henchmen with a flick of his wrist behind his head. This is a recreation of a similar moment in Mallrats, when Rooker’s Svenning makes much the same gesture to summon his security guard lackeys. 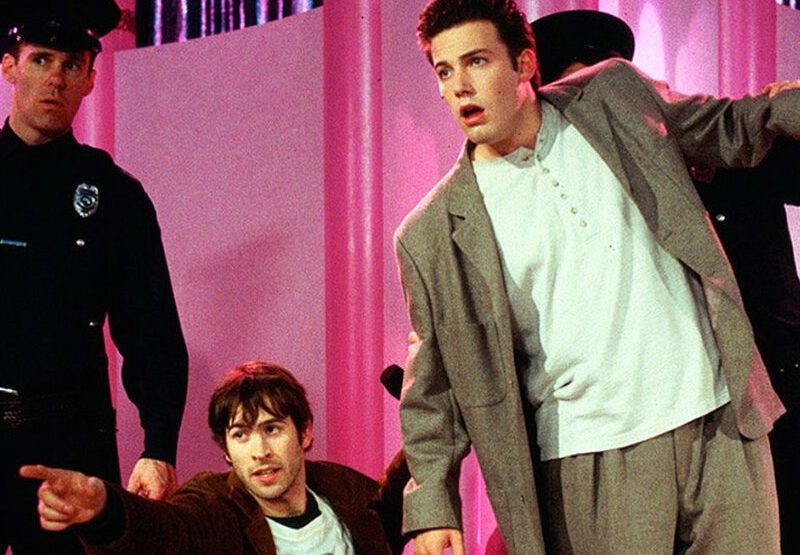 Another Mallrats antagonist, sleazy men’s fashion store manager Shannon Hamilton, is portrayed by Ben Affleck. This was only Affleck’s second big role and his first collaboration with Kevin Smith. They went on to make several more films together. At the same time, Affleck rose to mainstream fame via Good Will Hunting, Shakespeare in Love and Armageddon.

The Kevin Smith connection gave Affleck a definite aura of comic fan kudos; this was likely a factor when Affleck landed the title role in 2003’s Daredevil. It may also have been taken into consideration just over a decade later, when the actor was cast as the Dark Knight in Batman V Superman: Dawn of Justice.

2. It made Stan Lee a bona fide movie star 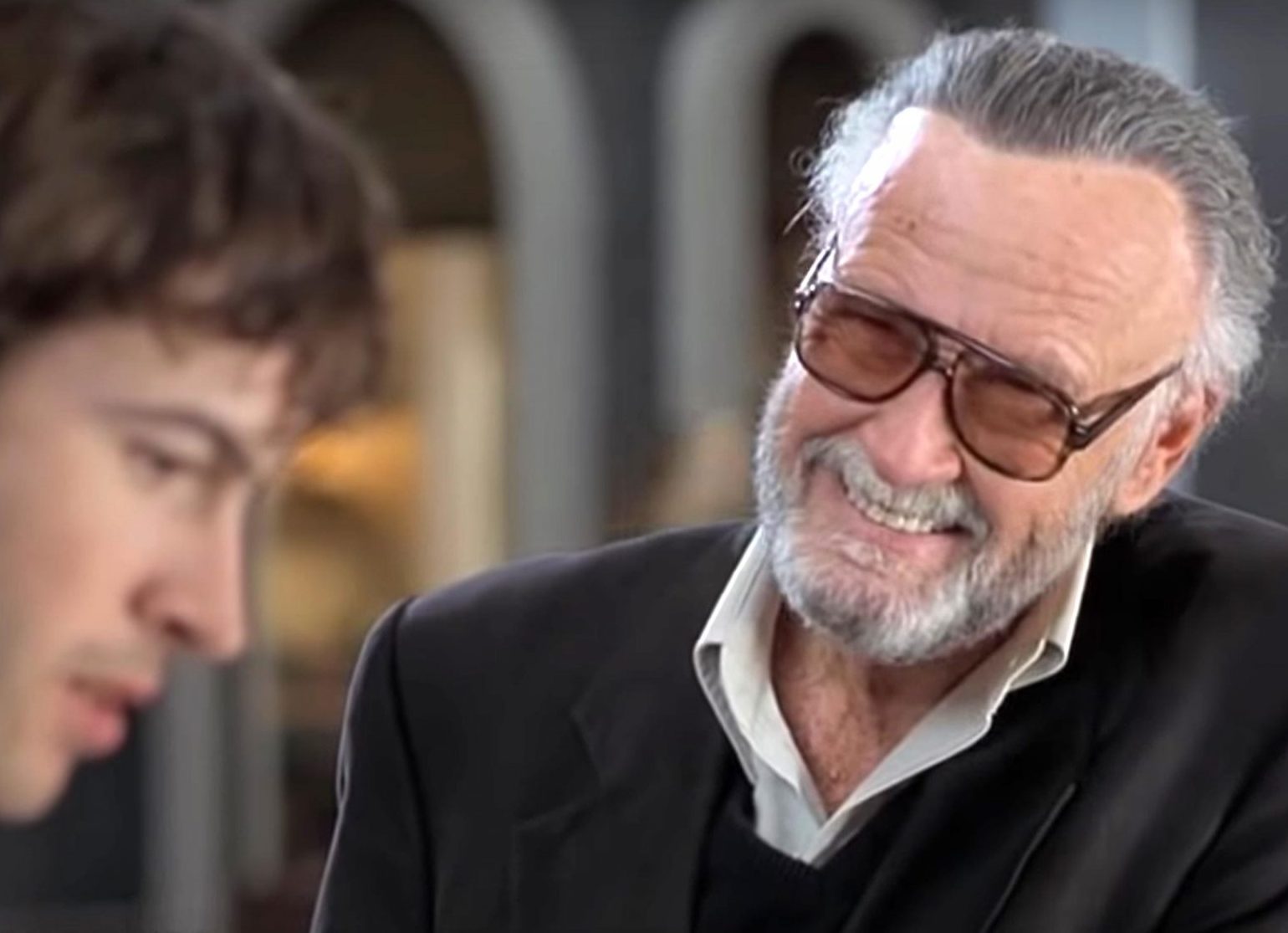 Mallrats also features a standout performance from arguably the most prolific comic book movie actor of them all: Stan Lee, legendary co-creator of many of the most beloved Marvel superheroes, who gets a lengthy cameo in the film playing himself. In the years that followed, as more and more Marvel characters were brought to the big screen, Lee made cameo appearances in almost every Marvel-based movie until his death in 2018.

Mallrats also formed the basis of one of Stan Lee’s final cameos, in 2019’s Captain Marvel. As that film is set in the mid-90s, when Lee crosses paths with Brie Larson’s title character he’s holding a Mallrats script and practicing his line “trust me, true believer,” suggesting that he’s on his way to audition for the movie.

1. It’s the only 90s Kevin Smith film not tainted by association with Harvey Weinstein 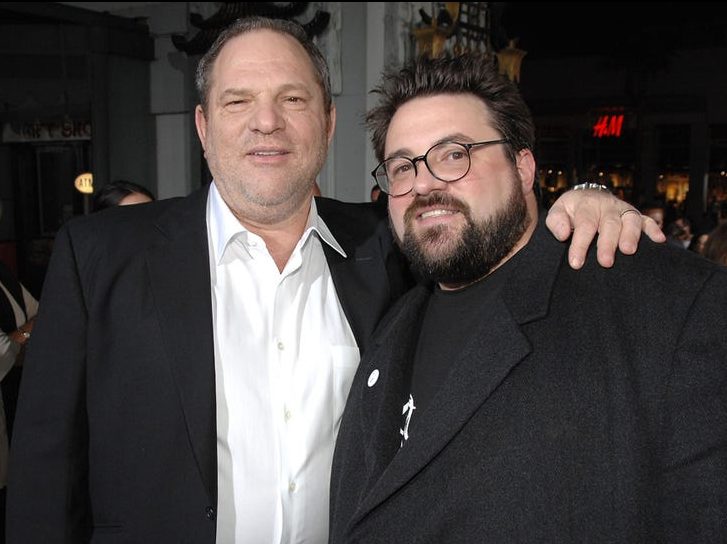 When Mallrats crashed and burned at the box office, many commentators at the time suggested that writer-director Kevin Smith had been foolish not to make the movie with Miramax, the famed champions of American independent cinema who had distributed his first film Clerks. As if learning from this mistake, Smith would go on to work with Miramax again on several more movies.

Of course, in recent years Smith has admitted he’s sorry he ever got involved with Miramax at all, given the hideous things that have since come to light about the company’s founders Harvey and Bob Weinstein. With this in mind, it’s easier to watch Mallrats today with a clear conscience, knowing that the Weinsteins had nothing to do with it.