Z’Dar’s facial features were so distinctive, you’d be forgiven for thinking it was all prosthetic makeup. In fact, Z’Dar’s oversized jawline was a result of the rare genetic disorder cherubism, which causes the lower and upper jaw to become enlarged as bone is replaced by fibrous tissue.

Though the condition is not painful, it can give the appearance of a swollen chin and cheeks. While some might have considered the condition a hindrance to an acting career, Robert Z’Dar was able to use his striking looks to play big screen heavies in a host of B-movies. 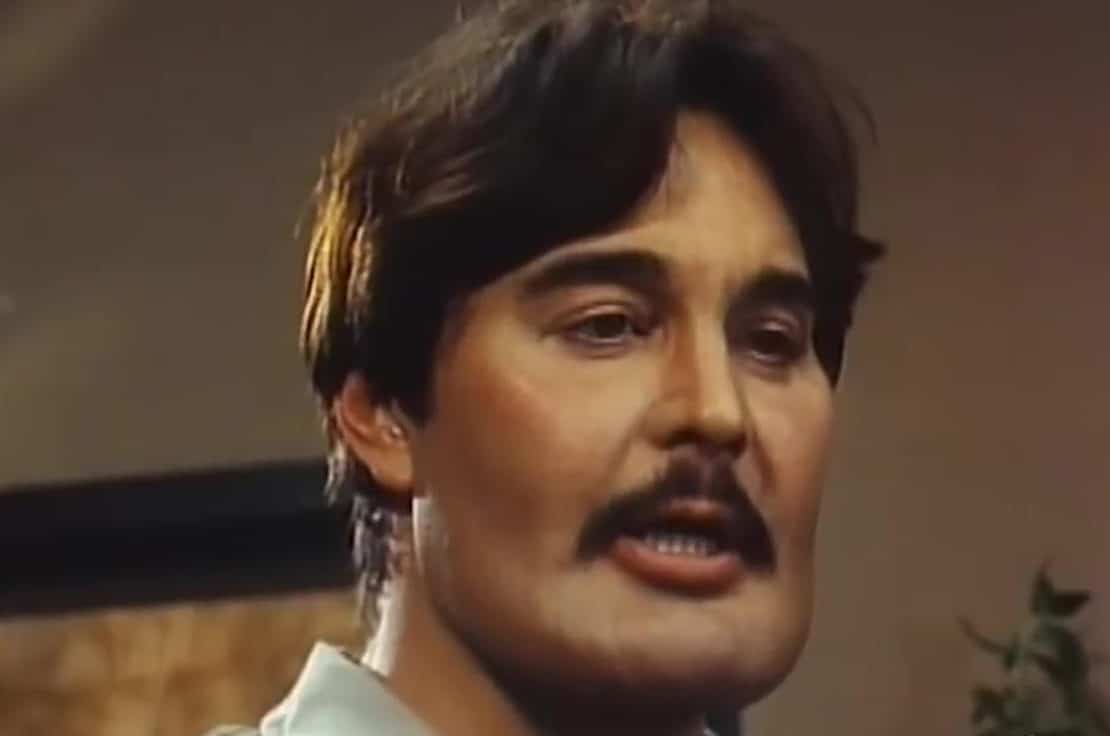 Robert Z’Dar was born Robert James Zdarsky on June 3, 1950 in Chicago, where he grew up. While Z’Dar got a taste for acting early through school plays, this was by no means the first avenue he pursued.

Before becoming a professional actor, Z’Dar played with a Chicago-based rock band called Nova Express; the group enjoyed a degree of success, performing as an opening act for some major rock acts including The Who and Jefferson Airplane.

After the rock’n’roll dream ended, Z’Dar tried his hand at a number of diverse careers. He served as a Chicago police officer, wrote radio jingles for a number of advertising agencies, and is even said to have spent some time as an exotic dancer with the Chippendales, a role for which his muscular 6’2″ frame doubtless played an advantage. 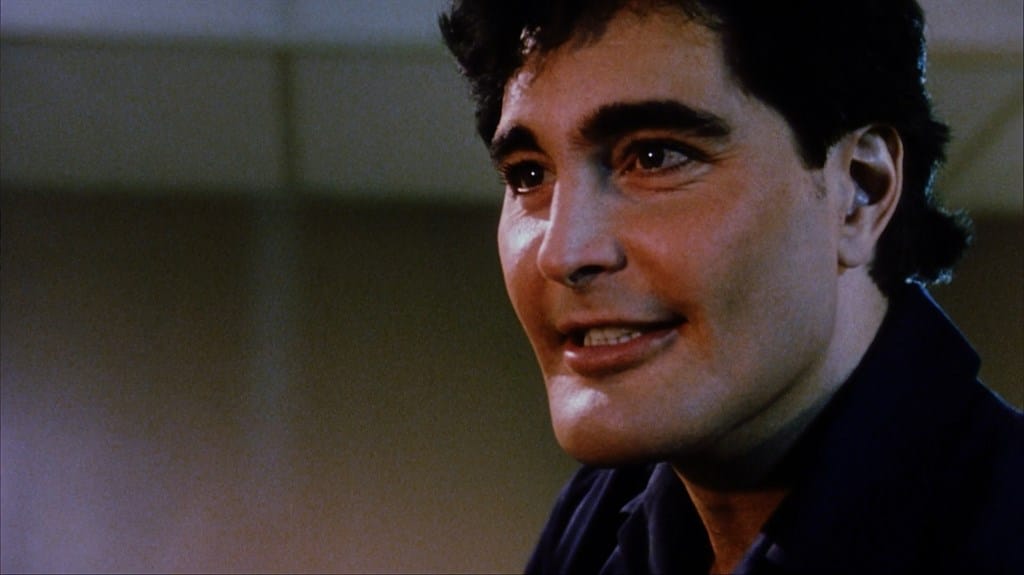 Z’Dar made his first film appearance in 1985, credited as Robert Darcy. The film in question, Hellhole, was a women in prison exploitation movie which cast the actor as a sadistic prison guard, playing on his imposing looks.

Due to his cherubism, Z’Dar’s jaw continued to grow throughout his life. Rather than hold him back, the disorder only made Z’Dar stand out more to casting directors. Following Hellhole, more heavy roles followed, including a bit part as a security guard in TV’s Moonlighting.

Z’Dar’s turn as a brutish serial killer in 1987 thriller The Night Stalker caught the attention of director William Lustig, who thought the actor would be ideal for the pivotal role of Officer Matt Cordell, the living dead police officer on a killing spree in 1988 action-horror crossover Maniac Cop. 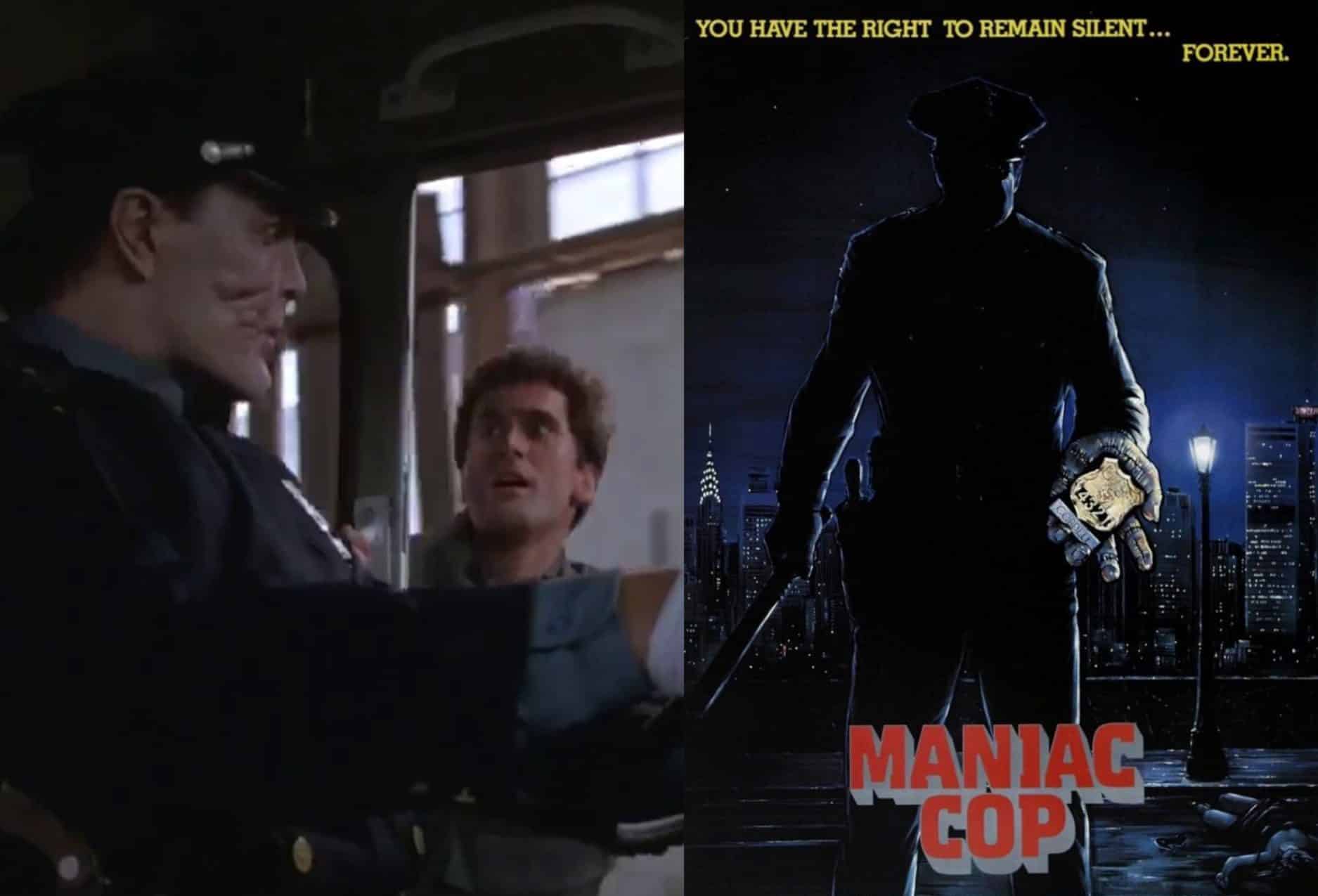 While prosthetic makeup effects were used to accentuate Z’Dar’s already menacing visage, the most special effect was Z’Dar himself. The actor was a member of the American Stunt Association, and said afterwards that he performed all of his own stunts on Maniac Cop with the exception of the fire stunts.

Maniac Cop cast Z’Dar alongside cult horror stars Bruce Campbell (the Evil Dead series) and Tom Atkins (Halloween III, Night of the Creeps), both of whom have long been noted for their prominent chins. Alongside Z’Dar, however, neither Campbell nor Atkins stood a chance in the battle of the jutting jawlines. 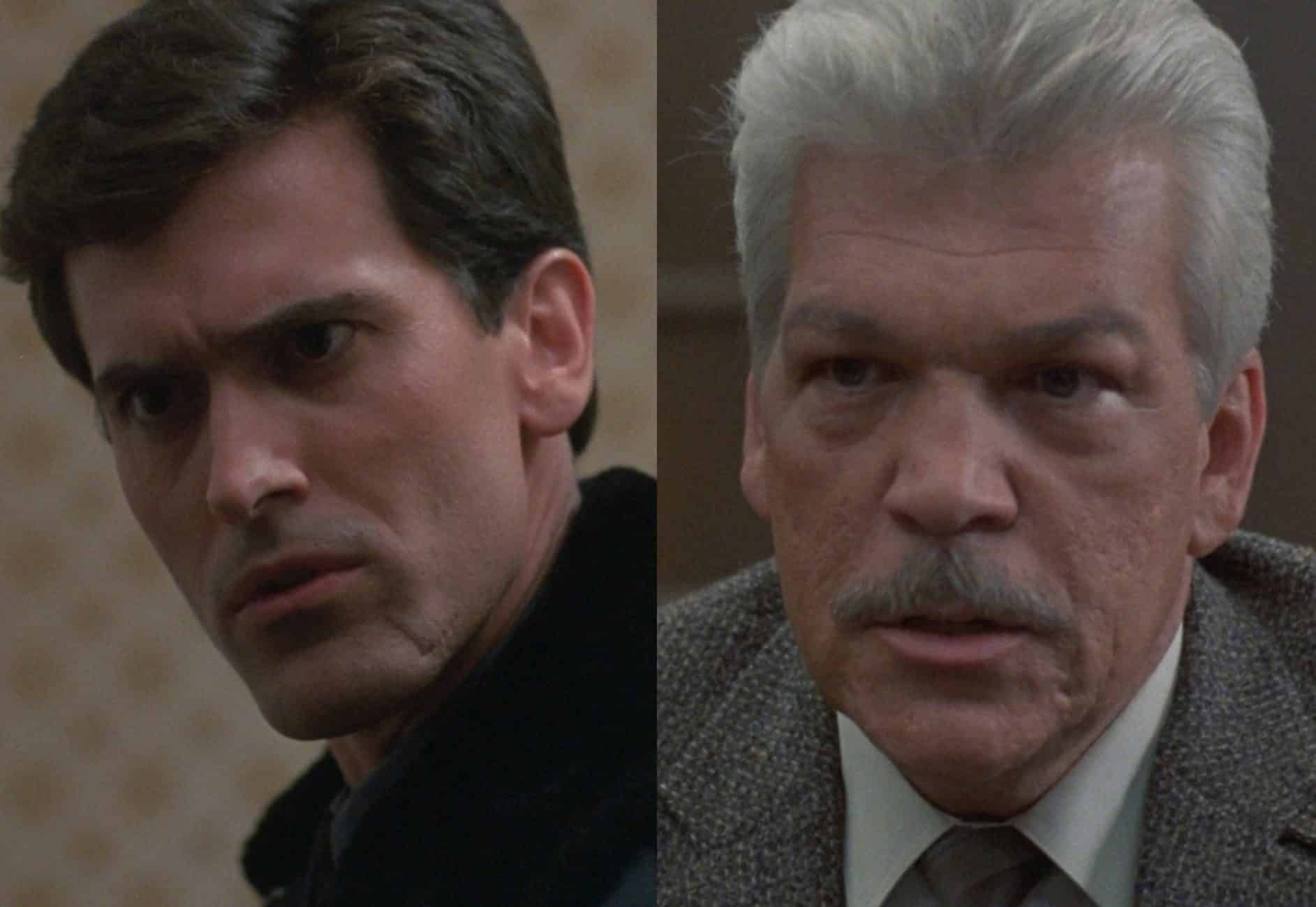 Maniac Cop did fairly small business at the box office, but found its audience in the horror sections of video rental stores, making Z’Dar a familiar face if not necessarily a familiar name. The actor recalled, “Going to places like the airport people would know who I was but they didn’t know my name. It was kind of funny. They would say ‘there’s that guy.'”

While Maniac Cop became the film that got him recognised, it was in fact just one of seven movies in which Z’Dar appeared in 1988. His stock in the film industry rose, although the bulk of his roles were in comparatively low budget independent productions – until he was cast alongside superstars Sylvester Stallone and Kurt Russell in 1989 buddy cop movie Tango & Cash. 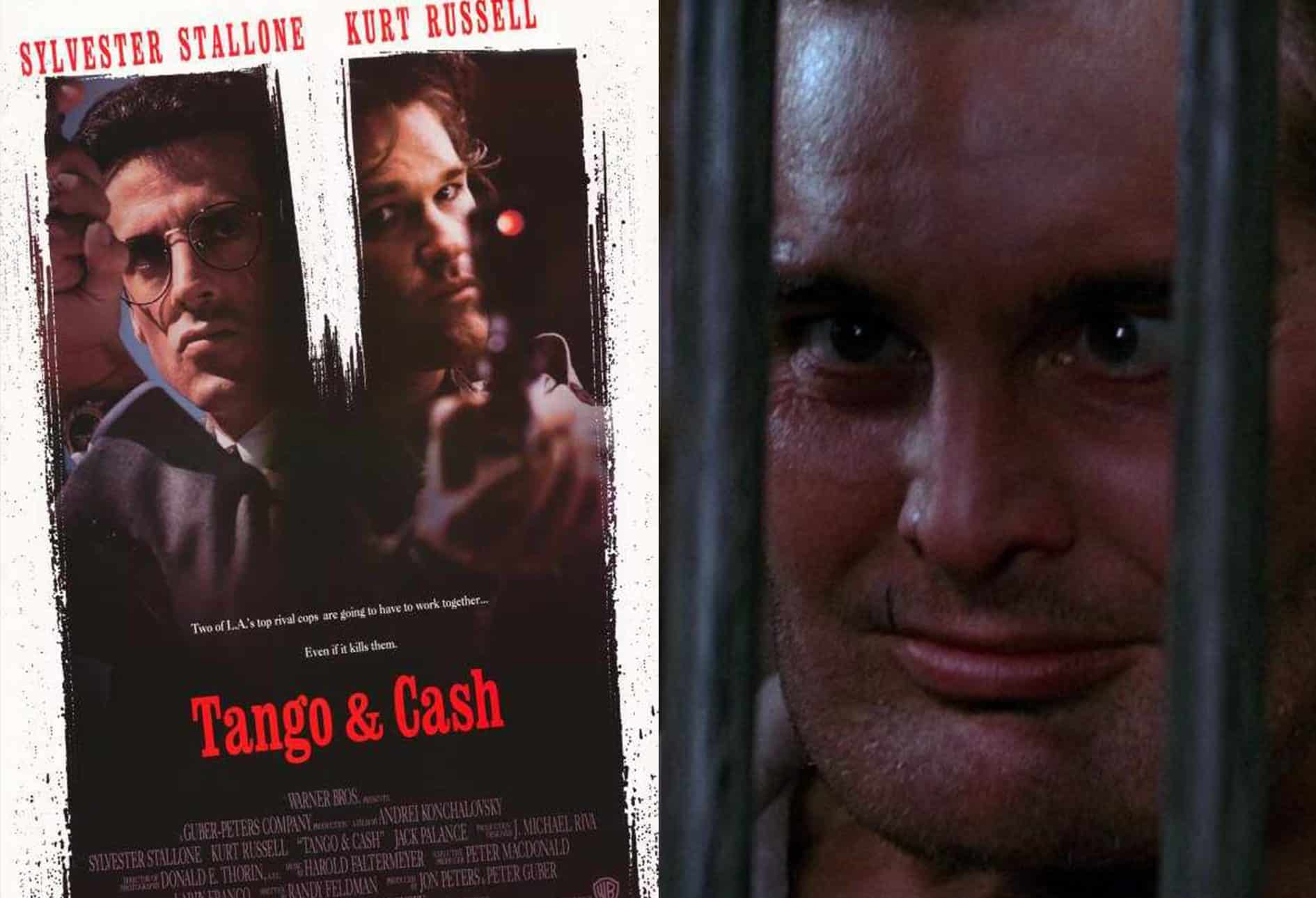 Playing a villainous henchman dubbed Face (not that the character is likely to be confused with Dirk Benedict in The A-Team), Z’Dar was clearly cast on the strength of his larger-than-life appearance, which fit with Tango & Cash’s self-consciously cartoonish tone.

Stallone and Russell crack wise constantly, and at least a few of these cracks relate to Z’Dar’s appearance: on being told that Stallone’s Tango was responsible for breaking the jaw of Z’Dar’s Face, Russell’s Cash gasps in disbelief, “you broke that jaw?” In another scene, Stallone (always keen to take a stab at Arnold Schwarzenegger) quips at Z’Dar, “I loved you in Conan the Barbarian!” 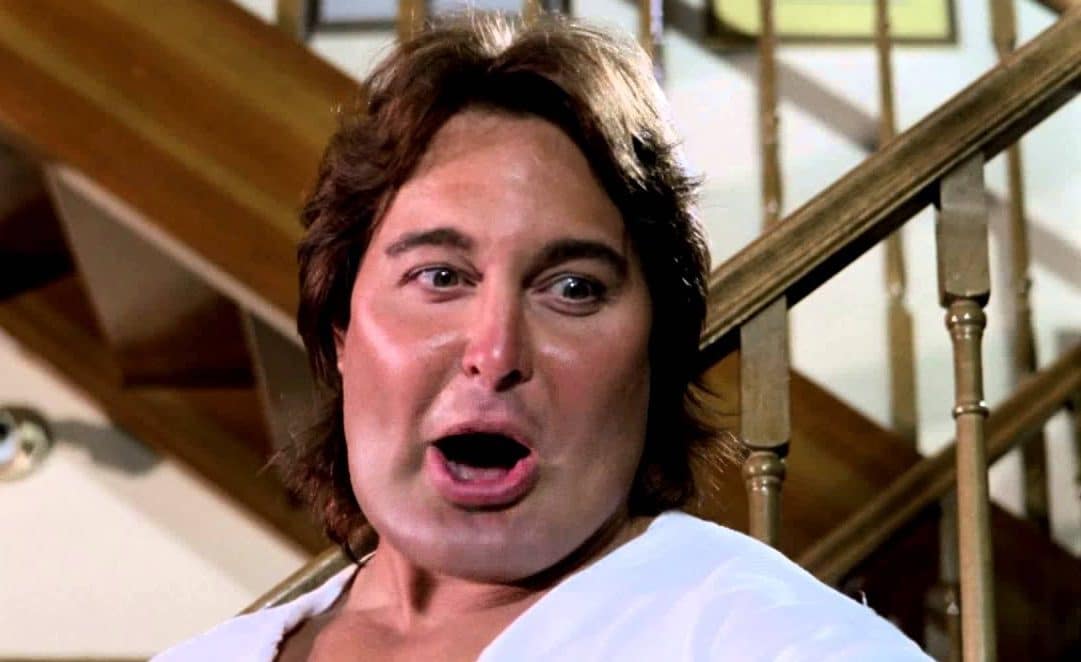 While Tango & Cash was a hit that brought Z’Dar to a wider audience, it didn’t catapult him to the big time. Beyond a role in 1991 crime thriller Mobsters, the actor’s major studio film appearances were few and far between. Regardless, he clocked up a huge amount of screen credits.

Throughout the 1990s, Z’Dar made no fewer than five film films a year, the bulk of which went straight to video. These credits are almost entirely action or horror movies, including the two Maniac Cop sequels and notorious so-bad-it’s-good martial arts movie Samurai Cop. Two other Z’Dar movies, Soul Taker and Future War, attained cult status after being sent up by TV’s Mystery Science Theater 3000. 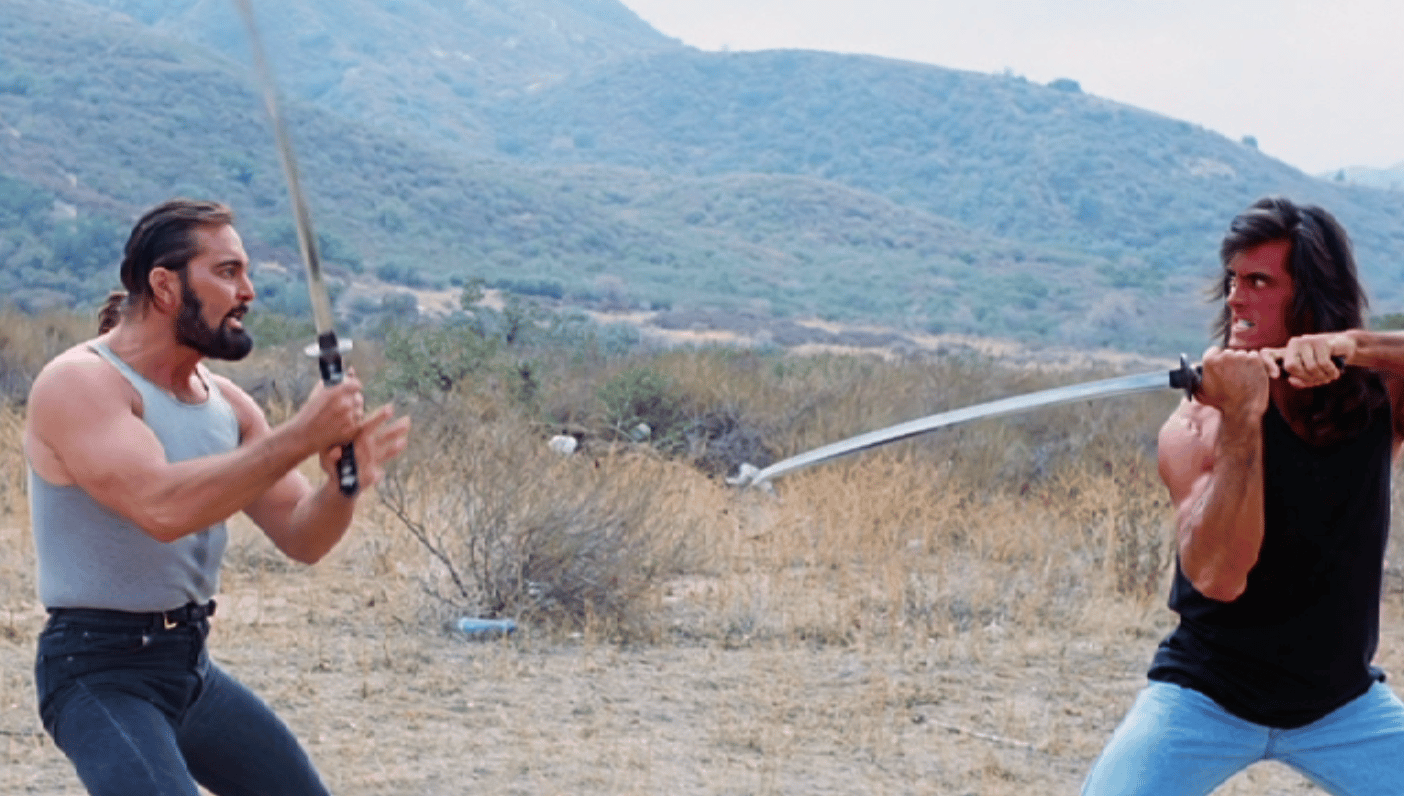 While Z’Dar continued to work steadily post-2000, his career was ultimately impeded by health problems. The actor revealed in 2012 that plans for a fourth Maniac Cop movie were cancelled because “I can’t do all the same stunts I used to be able to do.”

Years of making very physical movies had taken their toll on Z’Dar: “I am so banged up now. I have two metal hips and now they want to give me a metal shoulder.” Knee replacements were also on the cards, and in the midst of so much persistent pain Z’Dar admits to having become a “functioning alcoholic” for a time, before a heart scare prompted him to sober up.

Worse yet, Z’Dar also fell seriously ill with throat cancer, the treatment for which left his speech rough in later years. The actor said in 2012, “I was given about a 35% chance to live. I did a lot of praying prior to my treatments and everything went really well. The doctor couldn’t believe how well I have healed. As of right now I am cancer free. I am getting back in to shape and I have a bunch of movies that I am ready to start work on.” 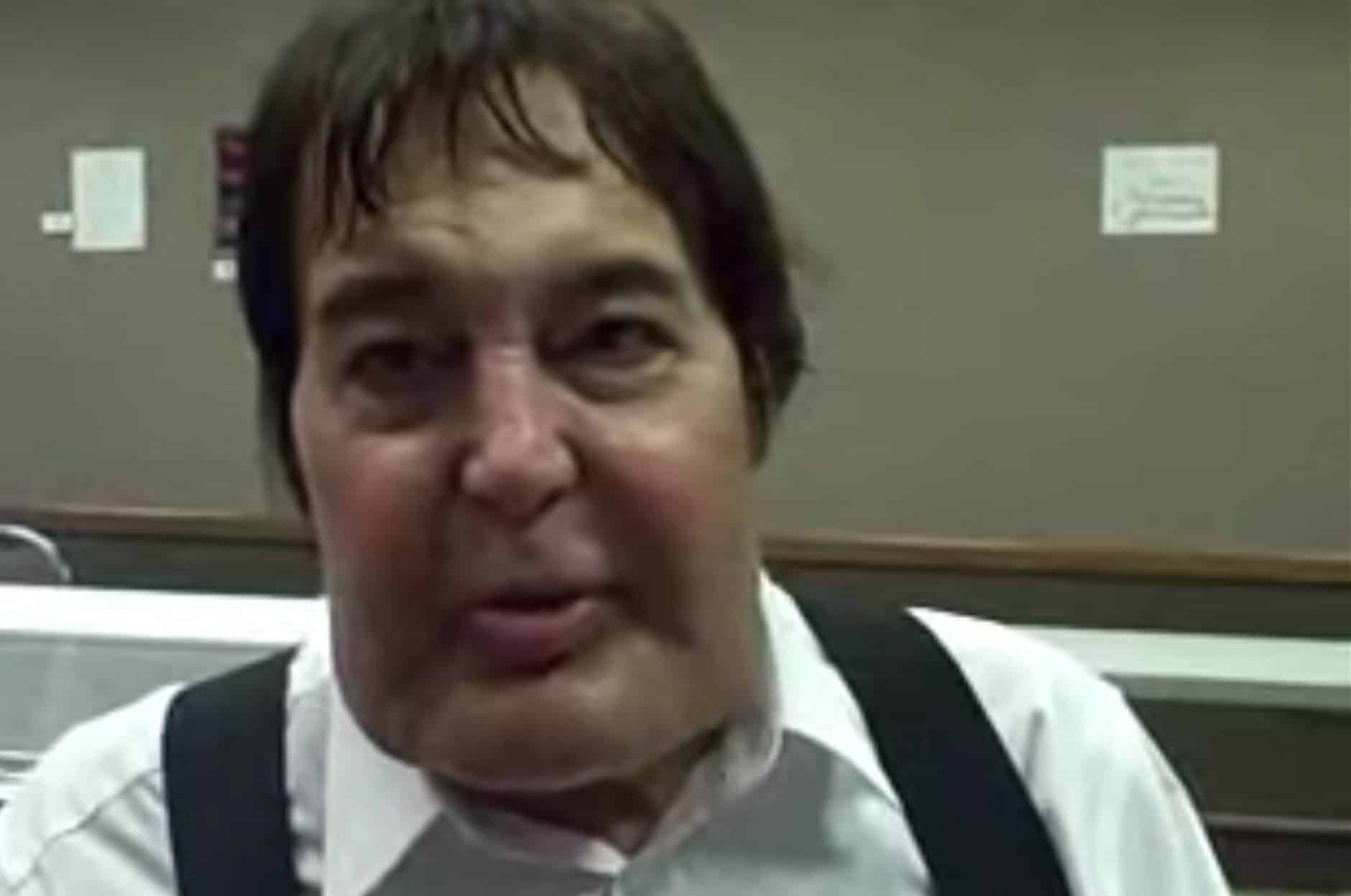 True enough, Z’Dar kept working right to the end. Before passing away, he had racked up 121 movie credits – a number of which would be released posthumously – and was poised to start work on Samurai Cop 2 when, whilst appearing at a fan convention in Pensacola, Florida in 2015, he was hospitalised with severe chest pains.

After a month in hospital, Z’Dar died from cardiac arrest on March 30, 2015. He was 64 years old, and was survived by his brother and nephew. Z’Dar’s Maniac Cop co-star Bruce Campbell tweeted in tribute, “Bob played a lot of bad guys, but he was a sweetheart. Safe travels, amigo.”