Hail To The King, Baby! It’s 10 Groovy Facts About The Evil Dead Trilogy

Containing copious amounts of gore as well as some highly quotable dialogue, Sam Raimi’s Evil Dead films both shocked and delighted cinema-goers during the 80s and early 90s.

Beginning in 1981 with The Evil Dead, followed up six years later by the superior Evil Dead II and concluding with Army of Darkness in 1992, these horror classics have influenced many of the biggest directors working in Hollywood today. Below are 10 groovy facts about these three thrilling films.

10. Director Sam Raimi passed out whilst shooting one sequence in The Evil Dead 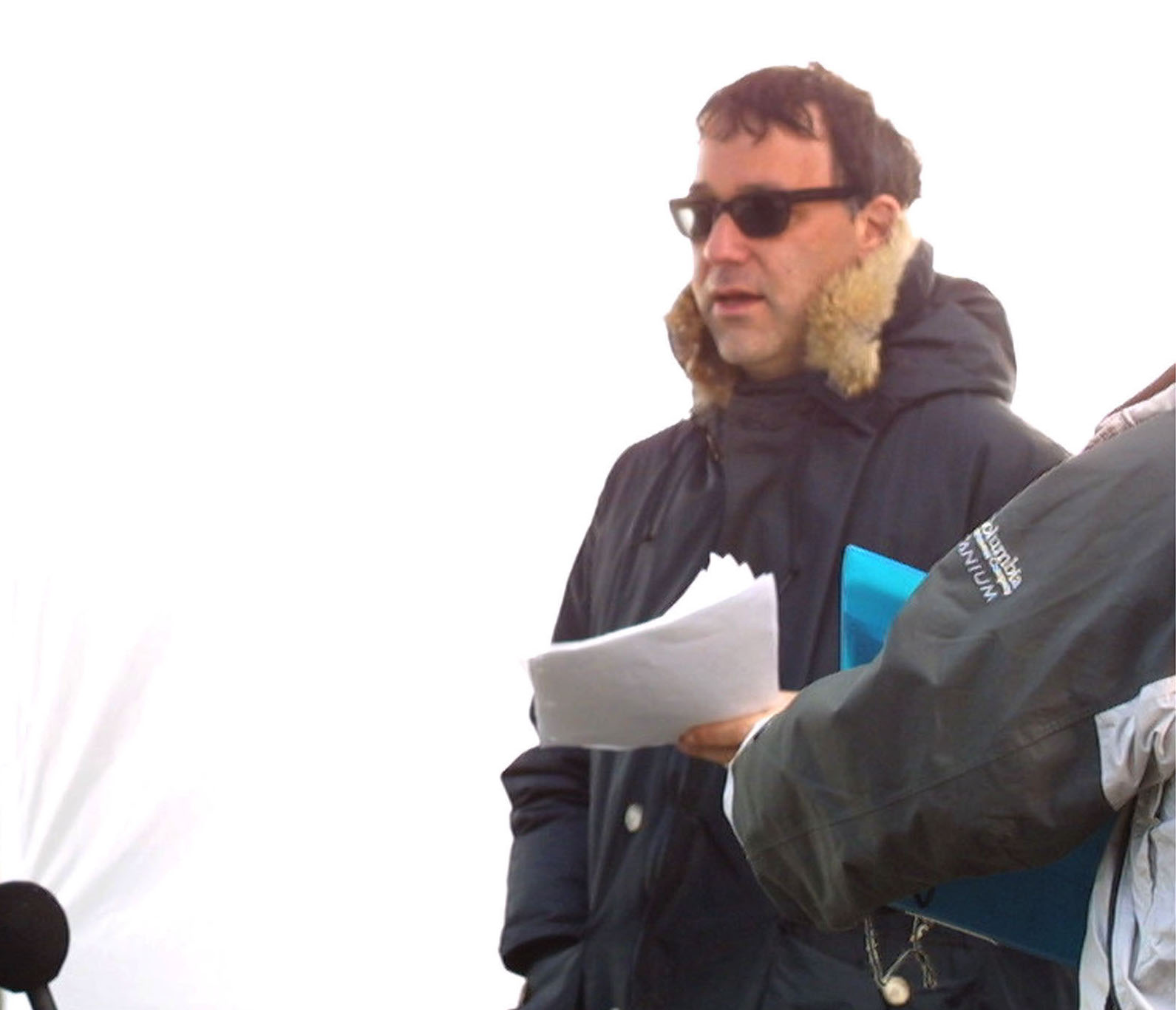 Following a group of friends who stay in a cabin in the woods and unwittingly unleash the forces of hell, The Evil Dead is based on Sam Raimi and Bruce Campbell’s short film Within the Woods.

The low budget and guerrilla nature of the shoot led to the cast and crew often having to work through the night, which took its toll on director Sam Raimi and led to him fainting whilst he was behind the camera shooting the film’s dismemberment sequence.

9. It gave Academy Award-winning director Joel Coen his first job in the industry 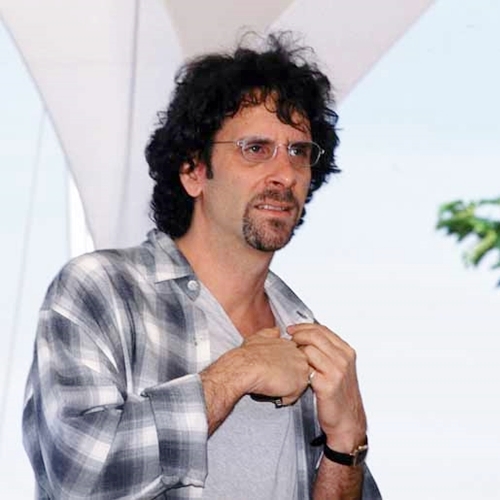 The Evil Dead gave Oscar-winning director Joel Coen his first break in the film industry with a job as an assistant editor.

Joel and his brother Ethan have gone on to be nominated for an impressive 39 Academy Awards, with Fargo and No Country For Old Men winning six statuettes between them.

8. Real ammunition was used during filming 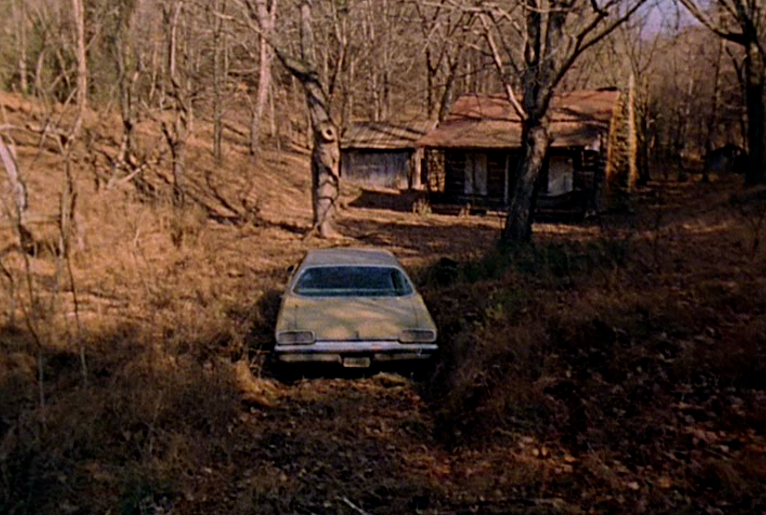 The Evil Dead shoot saw the cast and crew having to deal with freezing swamps and even saw Sam Raimi get chased by a rogue bull.

Actor Bruce Campbell also recalls that “we used real ammunition in the shotgun and we shot it at a real cabin in the woods, with hunters and howling dogs in the background.”

7. Evil Dead II was not allowed to be a sequel to the original film 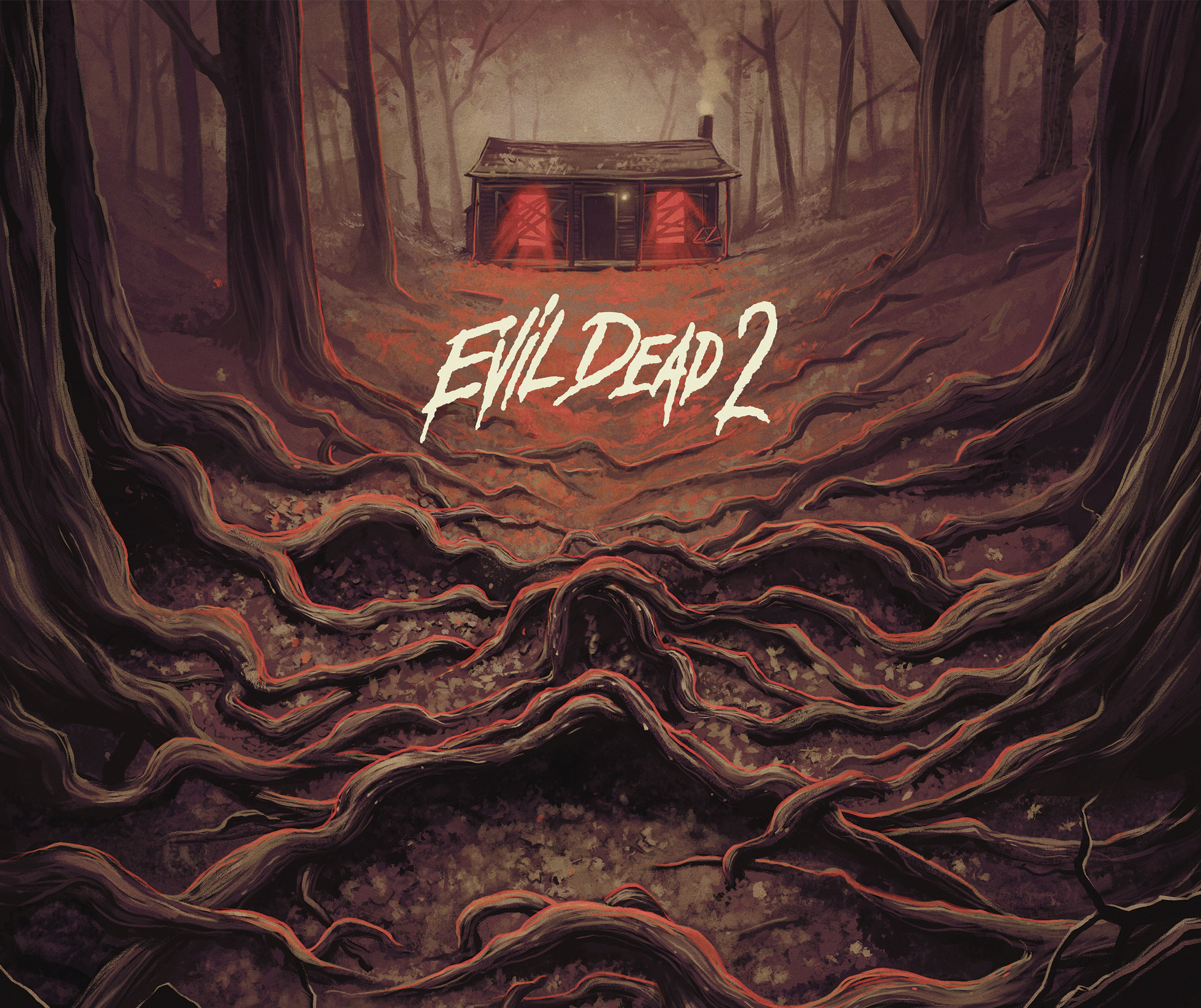 Evil Dead II – which also went by the name Evil Dead 2: Dead By Dawn – features a plot that is almost exactly the same as the one in the original film, although it ups the ante in nearly every respect.

These story similarities were due to rights issues between New Line Cinema and producer Dino De Laurentiis, which meant that the second film could be neither a reboot or a sequel.

6. It was labelled a ‘video nasty’ in the United Kingdom 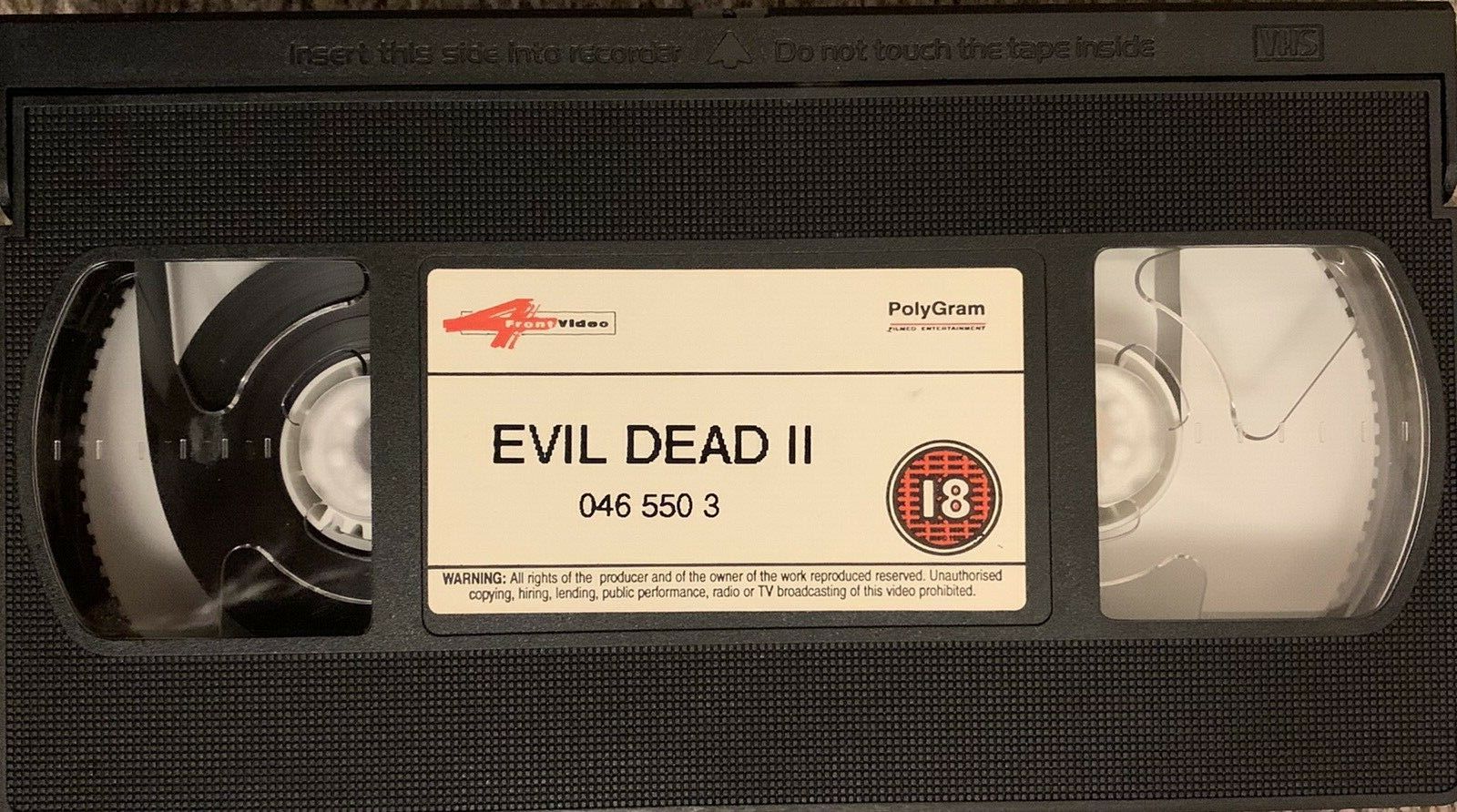 Due to its intense levels of violence and gore, Evil Dead II was labelled as being a ‘video nasty’ by the tabloid press in the United Kingdom.

The film also hit censorship problems in the US, where producer Dino De Laurentiis had an agreement with the Motion Picture Association of America that prevented him from releasing ‘X’ rated films. De Laurentiis and Raimi were able to cleverly dodge the restrictions by setting up The Rosebud Releasing Corporation, however, allowing them to release the film independently from the MPAA’s input. 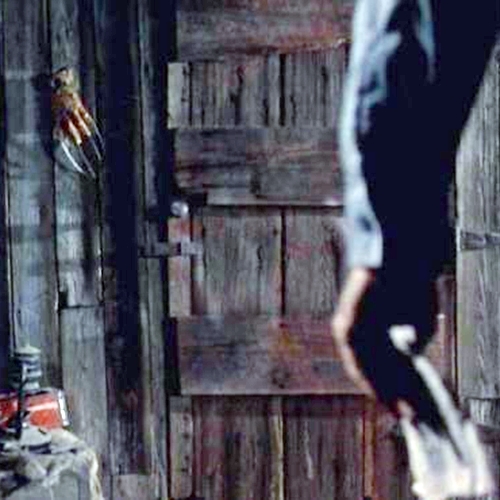 It wasn’t the first time that Sam Raimi and Wes Craven had referenced each other’s films either, because the character Nancy Thompson can be seen watching the original Evil Dead film in Craven’s A Nightmare on Elm Street.

4. Army of Darkness was very nearly called The Medieval Dead 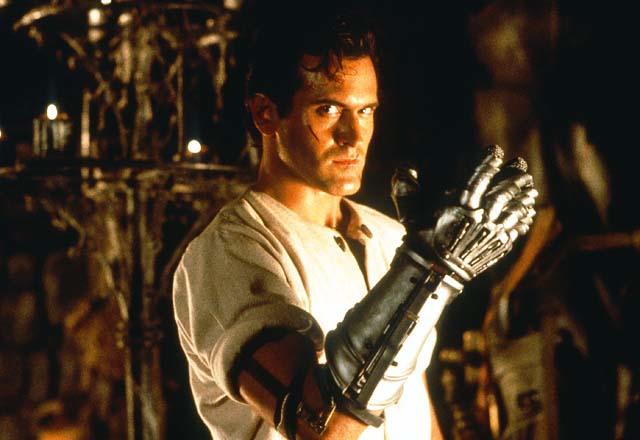 The final film in the trilogy Army of Darkness takes a completely different path, when Bruce Campbell’s Ash Williams battles the forces of hell after travelling to the Middle Ages at the conclusion of the second film.

The film’s credits and some of its publicity material claim that its title is Bruce Campbell vs. Army of Darkness, but Universal Pictures feared that the long title – and use of an actor rather than a character’s name – would confuse cinema-goers. Not only that, but Sam Raimi had originally wanted the film to be called The Medieval Dead, which was deemed a little too punny for the studio.

3. The film’s skeletons helped it to secure an ‘R’ rating in the US

Just like the two films that preceded it, Army of Darkness was originally given an adult-only ‘NC-17’ rating in the United States.

This was later changed to a lower ‘R’ rating after filmmakers reminded the Motion Picture Association of America that most of the film’s violence was actually happening to skeletons.

2. Army of Darkness’ original ending was scrapped by Universal Pictures 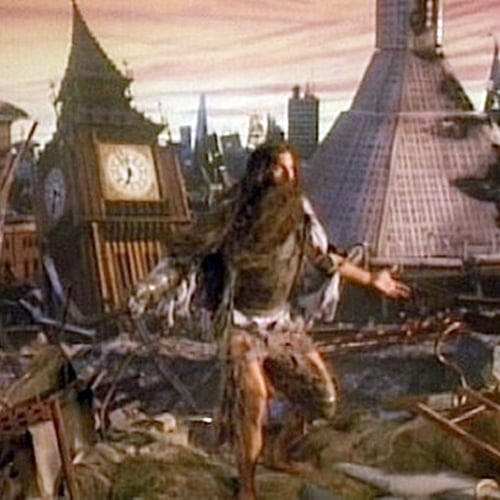 Army of Darkness’ original conclusion, which saw Ash waking up in a post-apocalyptic version of London, was changed after Universal Pictures decided it was too negative.

Thankfully the original – and superior – ending can be seen on the director’s cut version of the film.

1. Sam Raimi tried for years to get a fourth film off the ground 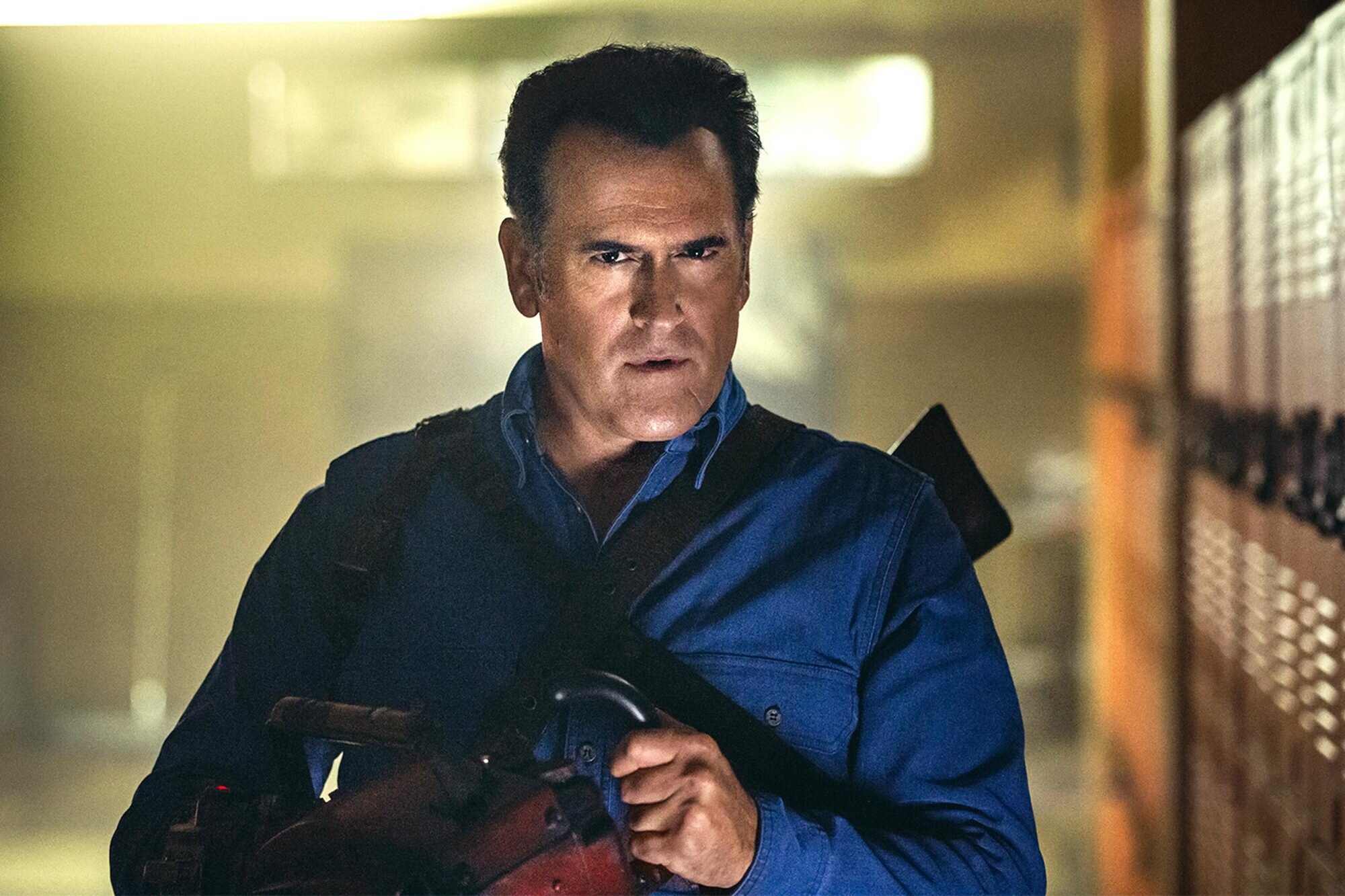 Sam Raimi reportedly spent a number of years trying to obtain finances for a fourth entry in the Evil Dead franchise.

But whilst the director’s attempts to get a fourth film off the ground failed, the franchise did eventually return in the three-season Netflix series Ash vs Evil Dead, which saw Ash Williams return after 30 years to battle an all-new demonic plague.