10 Facts About Ishtar, The Most Notorious Movie Flop Of The 80s

The 80s had more than its fair share of infamously bad movies and high profile flops. Not many of these, however, enjoy quite the same notoriety as Ishtar. As a star vehicle for two of the most respected actors of the time, Dustin Hoffman and Warren Beatty, the 1987 comedy-adventure had hit written all over it. Alas, as we’ll discuss below, Ishtar was one movie on which just about everything that could have gone wrong did…

10. Warren Beatty and Dustin Hoffman only agreed to make Ishtar out of loyalty to writer-director Elaine May

Ishtar was written and directed by Elaine May, a seasoned actress and comedienne who had gone on to enjoy success as a Hollywood director and screenwriter. She had worked closely with actor and producer Warren Beatty on the scripts for Heaven Can Wait (which landed her an Oscar nomination) and Reds. May also performed uncredited rewrites on Dustin Hoffman’s 1982 smash hit comedy Tootsie.

Because of their history with May, both Beatty and Hoffman felt they owed her, and signed on to co-star in Ishtar (with Beatty producing) in hopes of repaying that debt, despite the fact that both actors had their doubts about the material.

9. The new head of the studio actively tried to damage the film’s reputation 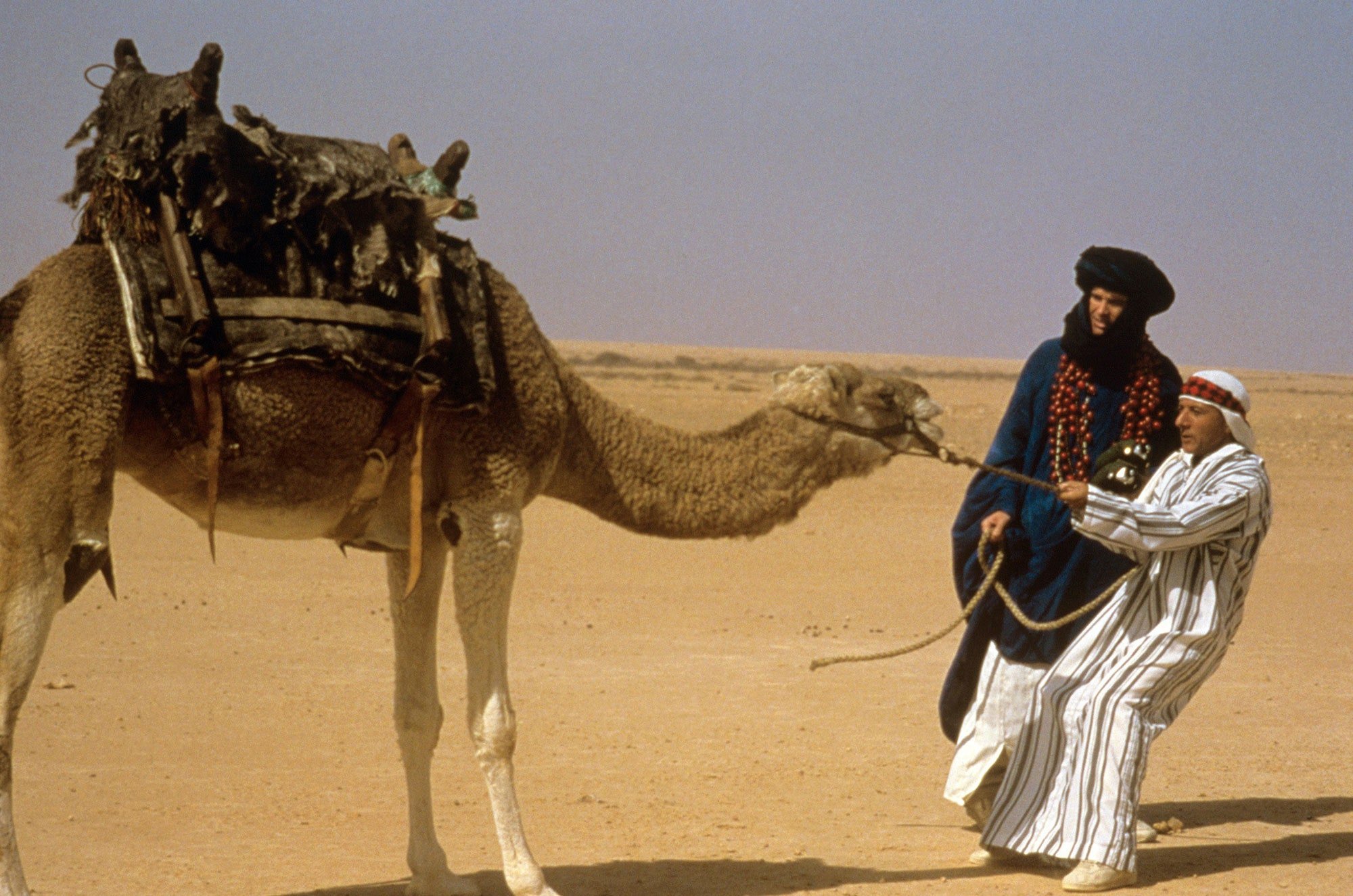 When Ishtar went into production in 1985, studio Columbia Pictures was being run by Guy McElwaine. However, by the time the film was complete and ready to release to screens, McElwaine had stepped down to be replaced by the esteemed British film producer David Puttnam. As such, Ishtar became an unfortunate victim of studio politics.

Historically, new studio bosses tend to have little interest in films spearheaded by their predecessors. Puttnam was no different, and had no desire to see Ishtar succeed (allegedly, the studio boss never even saw the film). As such, the studio put very little effort into marketing the film; Beatty even suspected that people within Columbia were responsible for “leaking damaging [news] items to the press.”

8. Hoffman and Beatty were both cast deliberately against type 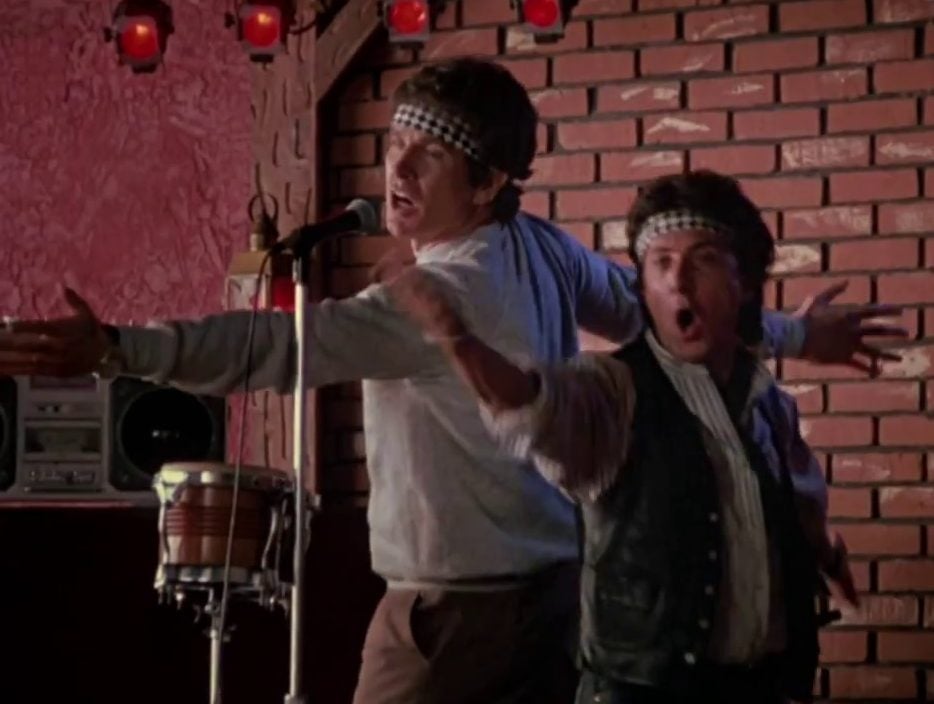 Ishtar is a zany comedy about a pair of bad singer-songwriters in the Middle East, inspired by the ‘Road to…’ movies of Bing Crosby and Bob Hope. (Elaine May had even entitled her original script The Road to Ishtar.) This being the case, it was always a somewhat unusual project for esteemed dramatic actors Dustin Hoffman and Warren Beatty.

This was exacerbated by the fact that both actors took on roles that would seem more suitable for the other. Hoffman, who made his name playing neurotic characters, was cast as the comparatively smooth and confident Chuck, whilst the usually suave and womanising Beatty played the more insecure Lyle.

7. The film was shot in North Africa during an actual civil war 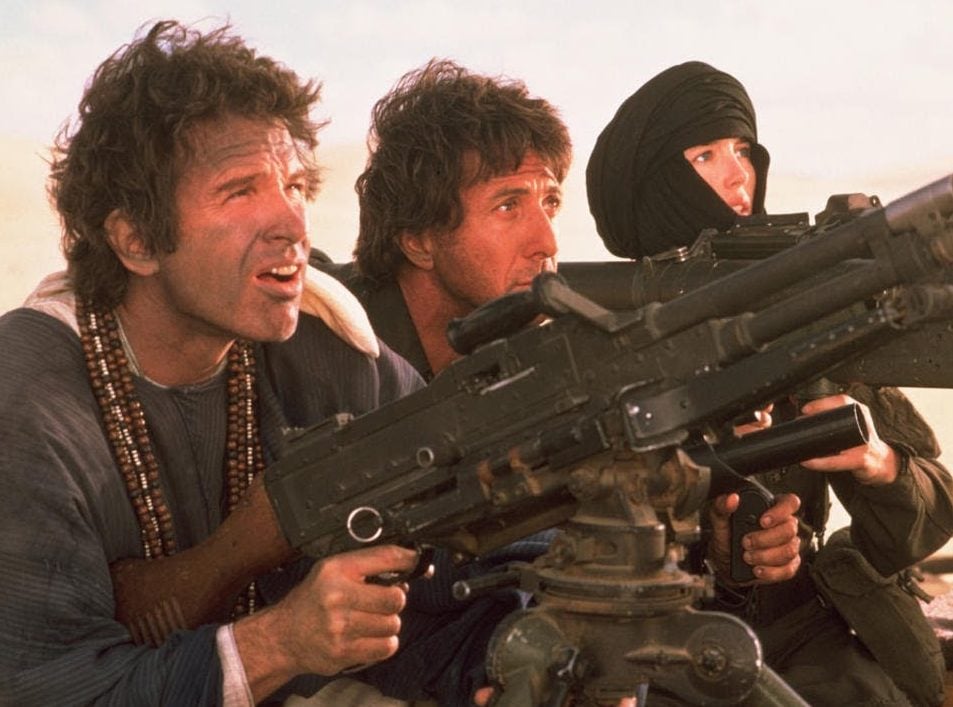 Ishtar is set in the fictitious Middle Eastern country of the title, and sees Beatty and Hoffman’s dim-witted musicians accidentally stumble into a conflict between various military forces. Art may have come a little too close to life in this instance, as when the crew set up shop in Morocco, armed conflict had indeed broken out nearby.

Tensions between Israeli and Palestinian forces were heating up, with both parties taking violent action against one another, whilst Morocco’s own military was also in conflict with the Polisario Front.

6. Dustin Hoffman was under threat of being kidnapped during production 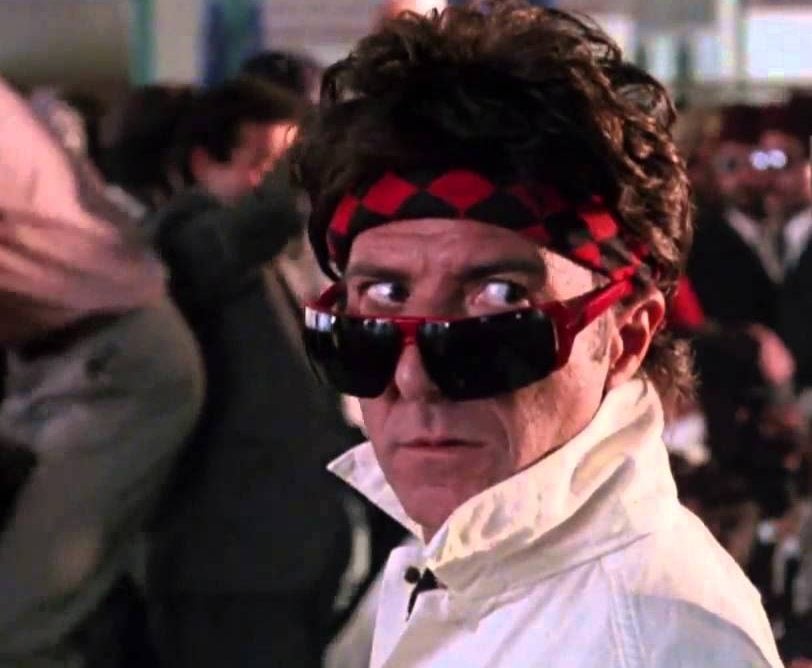 With all the armed conflict going on, it wasn’t a great time for Americans to be in the Middle East – particularly not a world-famous, Oscar-winning Jewish actor like Dustin Hoffman. The Ishtar cast and crew landed in Morocco not long after an elderly Jewish American man had been killed by members of the Palestine Liberation Front who seized a cruise ship.

Security had to be increased on the Ishtar production once reports emerged that the PLF were plotting to abduct Hoffman. Shooting locations also had to be carefully checked in case of land mines.

5. Director Elaine May was completely out of her depth 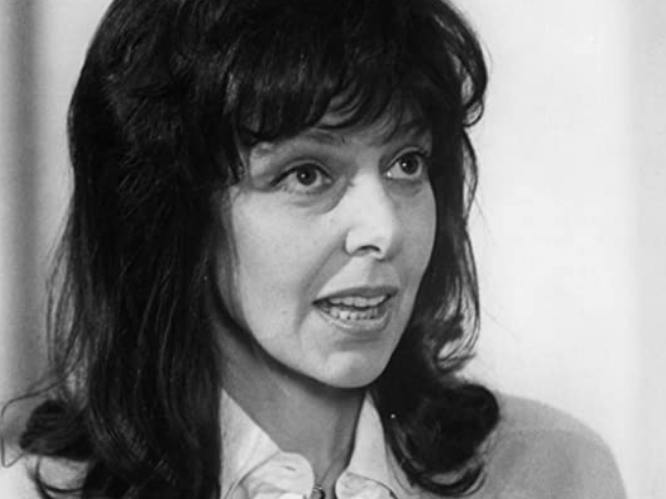 Prior to Ishtar, Elaine May had called the shots on three movies: A New Leaf, The Heartbreak Kid and Mikey and Nicky. These were all small scale productions shot in the United States. While producer Beatty had faith that May was ready to take on a larger project, by her own admission the director didn’t really know what she was doing.

May has been quoted as confessing, “I knew about acting, but I knew nothing about film. I thought one of the big lights on the first day of shooting was the camera. It was a really screwed-up production. It really was.”

4. The budget ballooned from $27.5 million to over $51 million during production 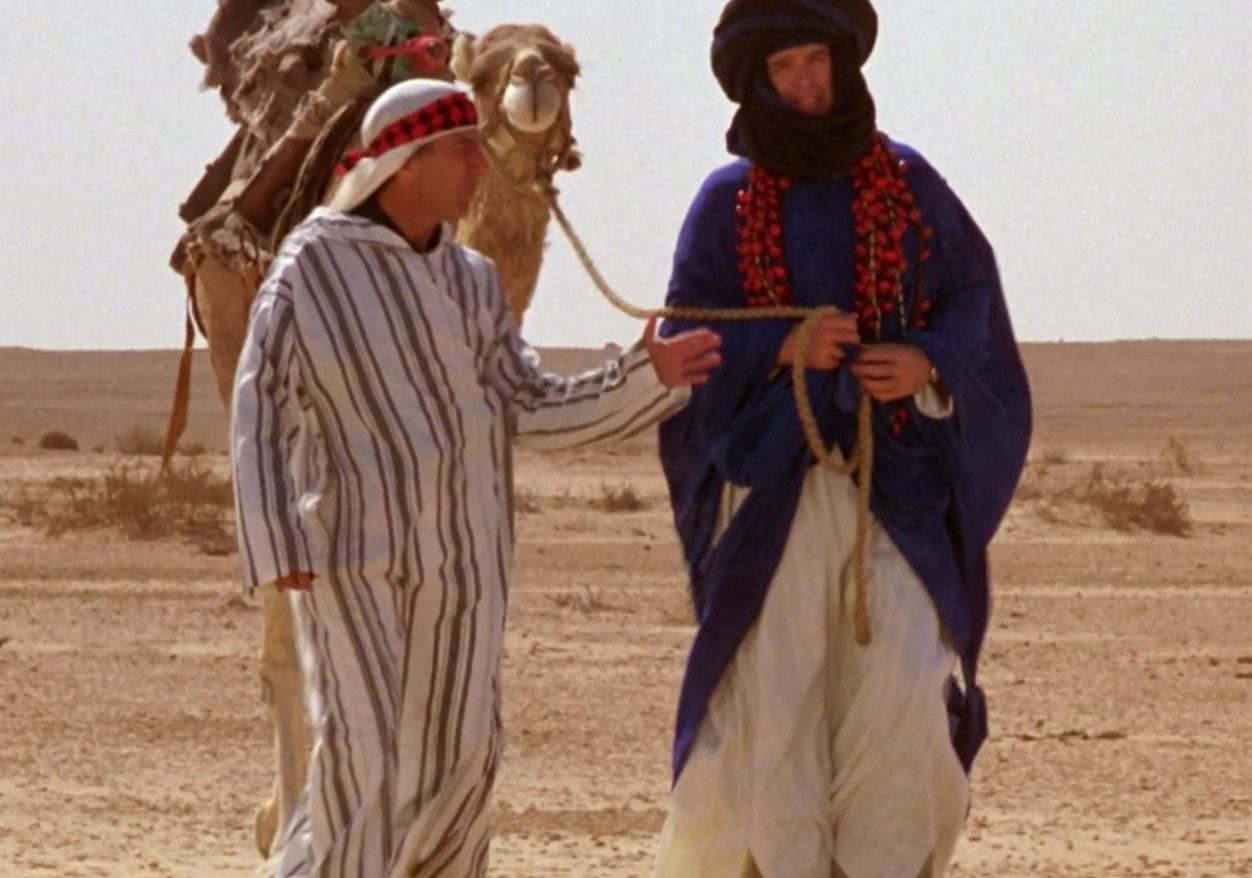 From the word go, Ishtar was set to be a big movie, not least because it had two of the most bankable (and expensive) actors around as its leading men. However, when the shoot got underway, on-set problems, disagreements and sudden changes in the director’s vision meant they were soon way behind schedule – and on Hollywood movies, delays always push the budget up.

By the time Ishtar was completed, the cost of making the film had almost doubled from its initial $27.5 million budget (already a large sum for the mid-80s) to what was then an unusually high budget of $51 million.

3. It divided critics, but bombed with audiences 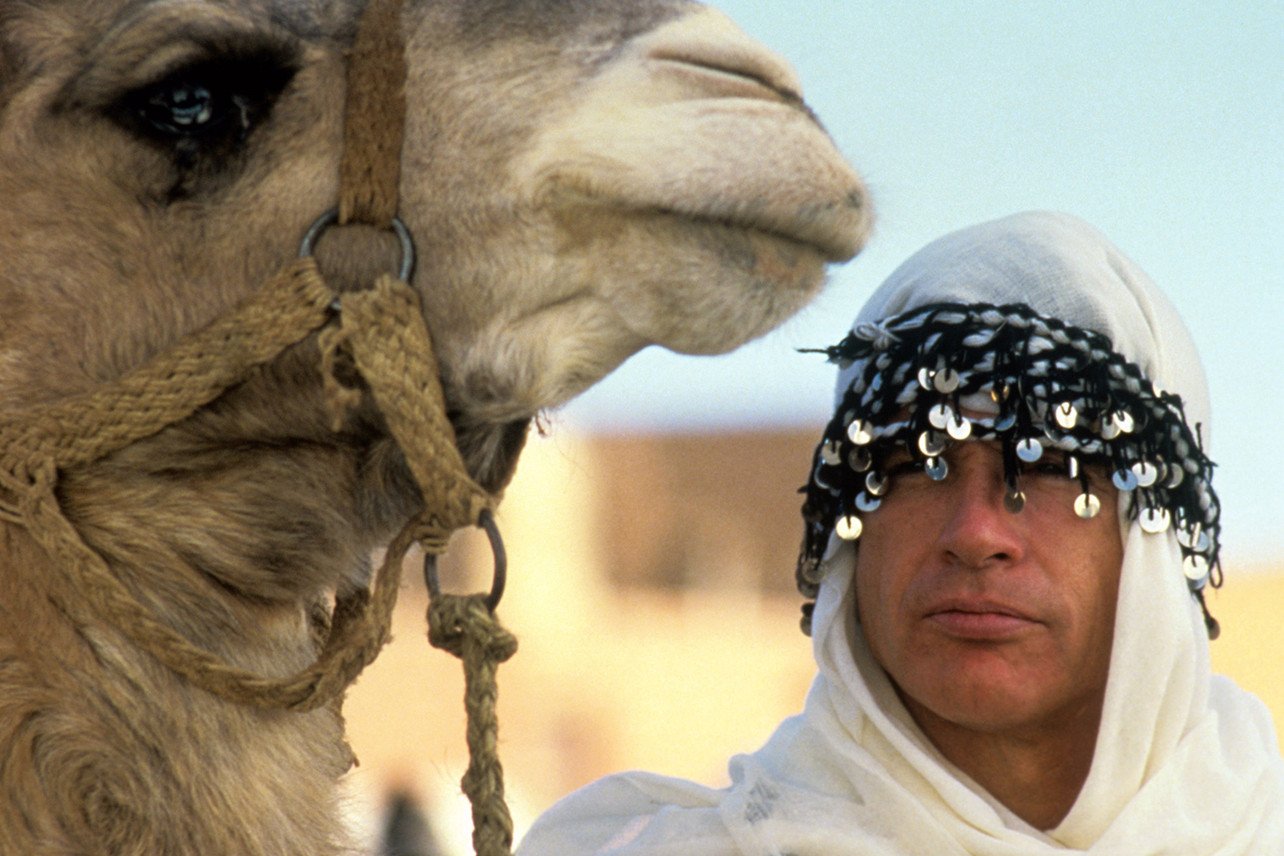 Ishtar’s troubled production had resulted in vast swathes of bad publicity, so studio Columbia Pictures were wary of releasing the film in its originally scheduled date just before Christmas 1986. Instead, the movie’s theatrical release was pushed back to May 1987 – but the delay didn’t help things at all.

Ishtar polarised the critics: some reviews were scathing, but others were mildly positive. Either way, the film was largely ignored by cinemagoers. It grossed a little over $14 million at the box office, making it a huge money loser for the studio. 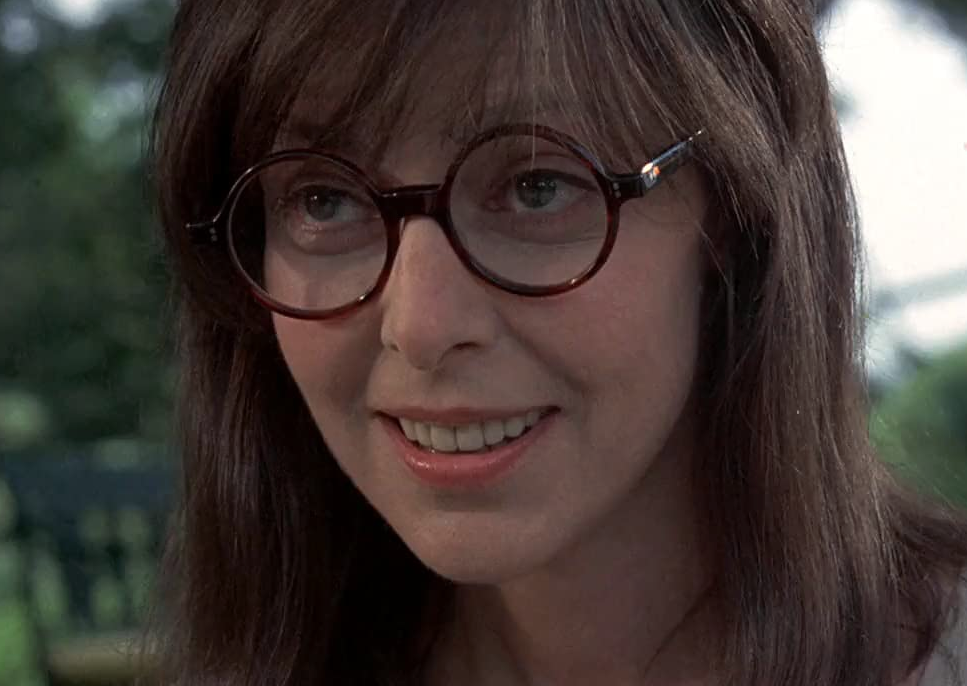 Ishtar’s leading men would soon get over the film’s failure: Hoffman’s very next project was the multi-Oscar winning smash Rain Man, whilst Beatty would enjoy success as the director and star of 1990’s Dick Tracy. Sadly, the same could not be said for Elaine May, who has never directed another movie. After Ishtar, May disappeared from Hollywood for almost a decade (outside of a few small acting roles), but she would later enjoy further success as a screenwriter, penning the Mike Nichols-directed hits The Birdcage and Primary Colors.

In more recent years, many commentators have attributed the death of May’s acting career to sexism, as plenty of male directors have been given further work in Hollywood after making bigger flops than Ishtar (for example, Paul Verhoeven went straight from Showgirls to Starship Troopers).

1. Its title alone has become a byword for an expensive flop 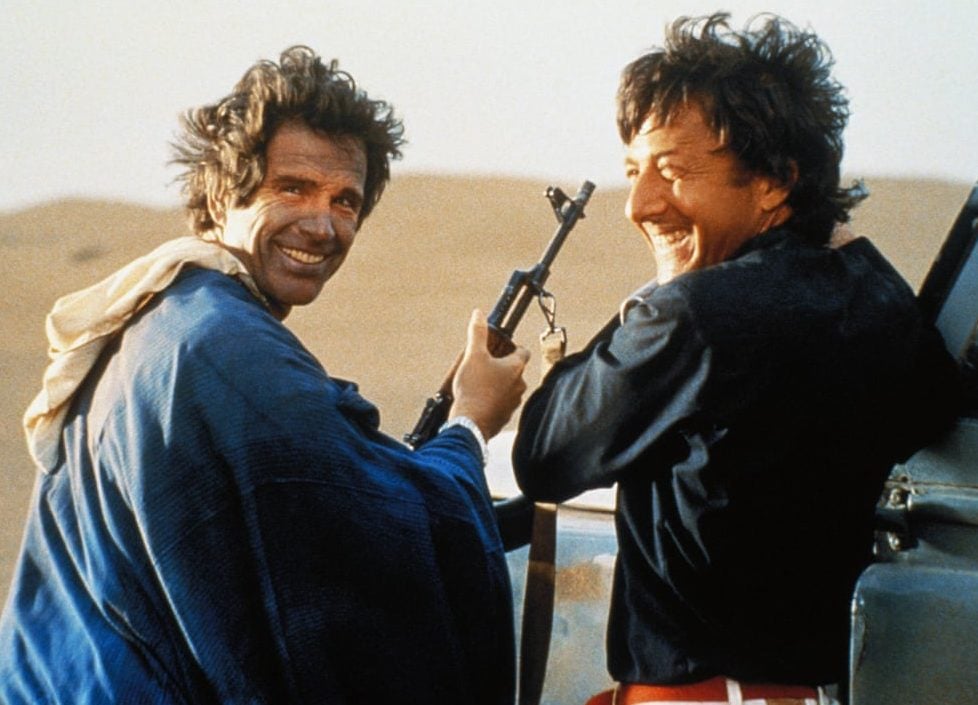 In more recent years, re-appraisals of Ishtar tend to be a lot kinder than the reviews it got at the time. Even so, the film’s title alone has become synonymous with expensive, troubled, ego-charged Hollywood productions that wind up failing miserably.

Case in point: during the flurry of bad publicity that came from the even more troubled Waterworld, the press often disparagingly referred to the Kevin Costner production as ‘Fishtar.’