Stick Around For These 10 Facts You Never Knew About Predator

The 80s were a great period for sci-fi, horror and action, and few films have merged all three of those genres quite so effectively as Predator. Directed by John McTiernan (who would become an action legend with Die Hard), the adrenaline-fuelled 1987 film cast Arnold Schwarzenegger as the commander of a team of soldiers who venture into a South American jungle on a rescue mission – but soon enough, they’re the ones in need of rescuing, when they come under attack from a formidable invisible alien which is hunting them for sport.

Most fans agree that Predator is one of the greatest all-action romps of the era – but did you know the following facts about the film?

10. The film was inspired by a joke about Rocky fighting an alien 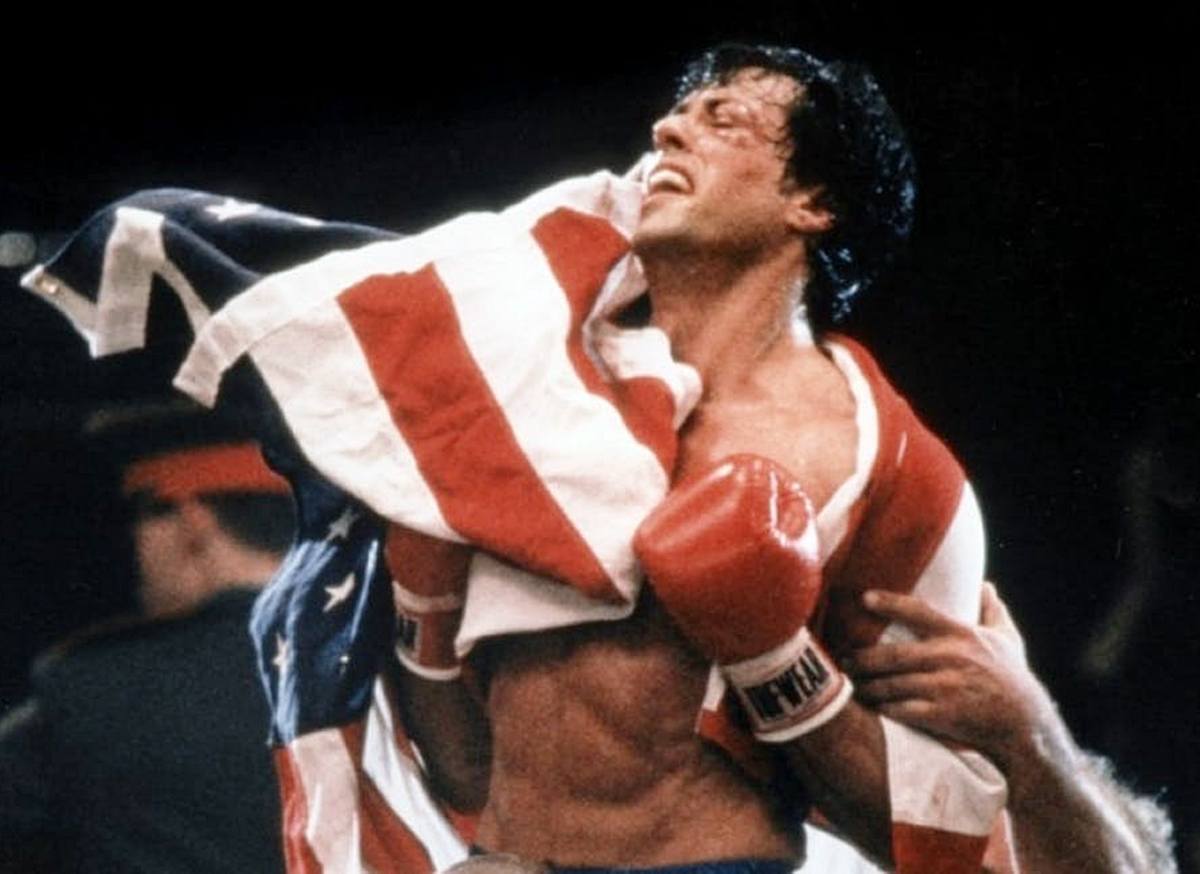 After the release of Rocky IV in 1985, a joke in Hollywood claimed that Sylvester Stallone‘s iconic character Rocky Balboa had run out of earthly opponents and would need to fight an alien if another film was going to be made.

First-time screenwriters Jim and John Thomas took inspiration from the joke and wrote a screenplay based around that basic idea – although it would of course be Stallone’s arch-rival Arnold Schwarzenegger that wound up starring in the film.

9. The script was originally entitled Hunter 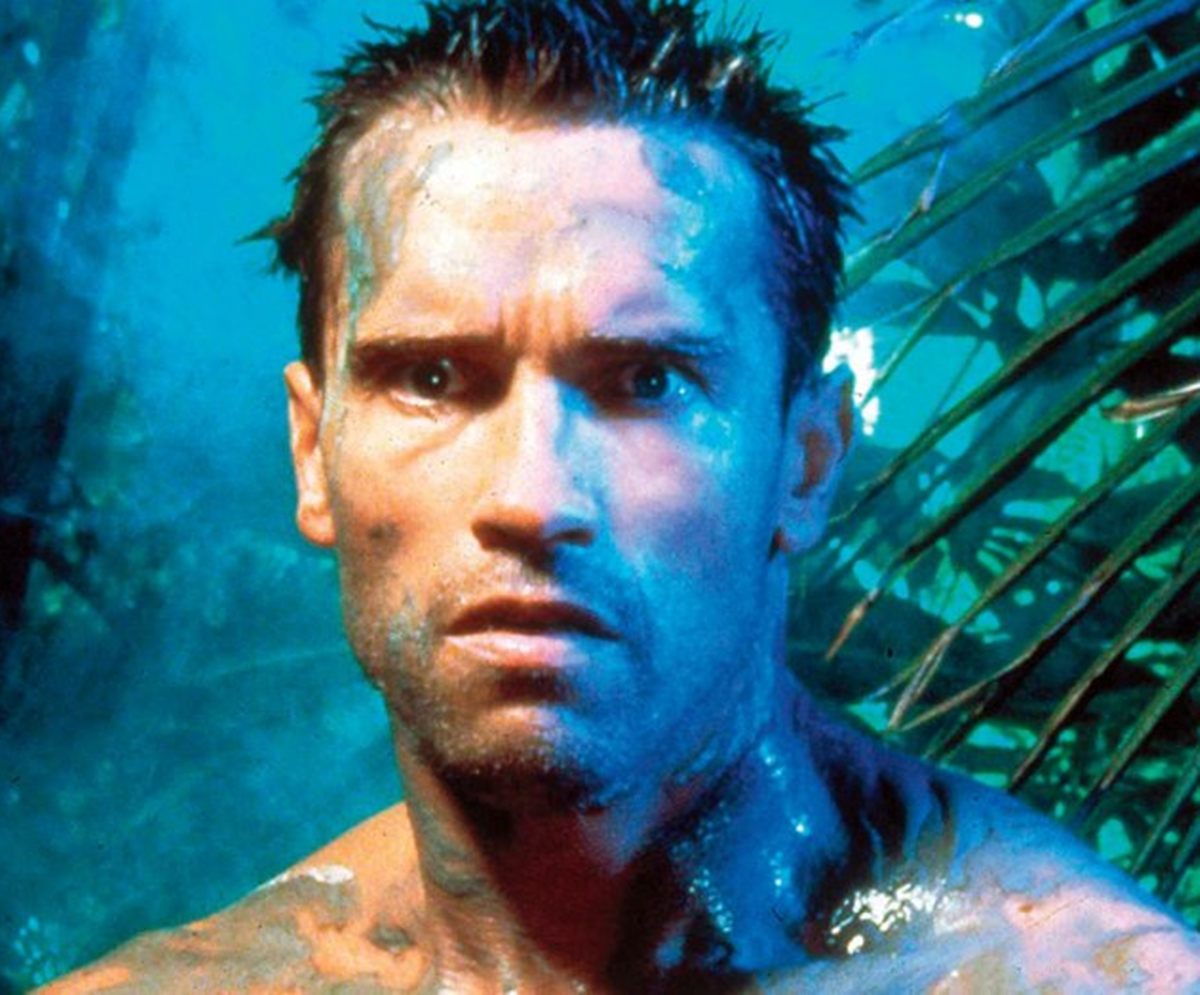 Jim and John Thomas originally entitled their screenplay Hunter. Their initial idea was to have various alien species seeking different targets, but this was eventually focused down onto one alien hunting human soldiers.

In 2018 sequel The Predator, it’s pointed out that the term ‘predator’ is not actually appropriate for the alien creature; it hunts for sport, whereas a true predator hunts for survival.

8. The design of the alien changed completely during production 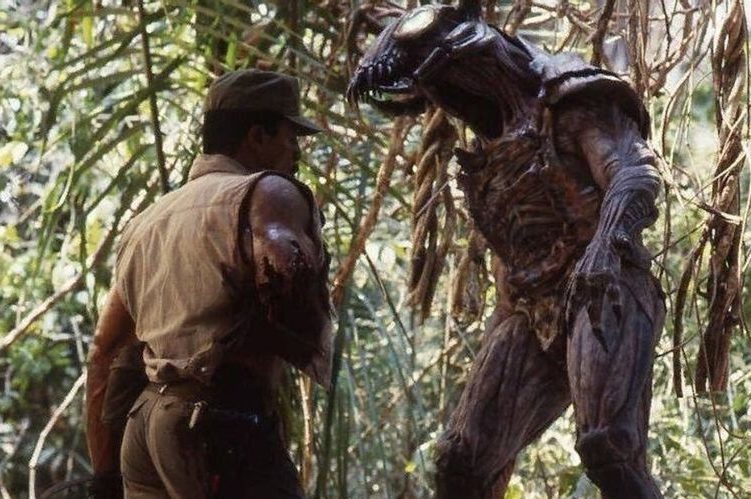 When Predator began production, the creature designs came from special effects house Boss Film Studios, and were lightyears removed from the monster we ended up with. The original Predator had large yellow eyes and a head which Arnold Schwarzenegger said looked like a cross between a lizard and a duck.

Everyone knew that this design simply wasn’t scary enough, so the Boss Film team were dismissed and esteemed creature designer Stan Winston was brought in to come up with an entirely new look.

7. Jean-Claude Van Damme was originally cast as the Predator 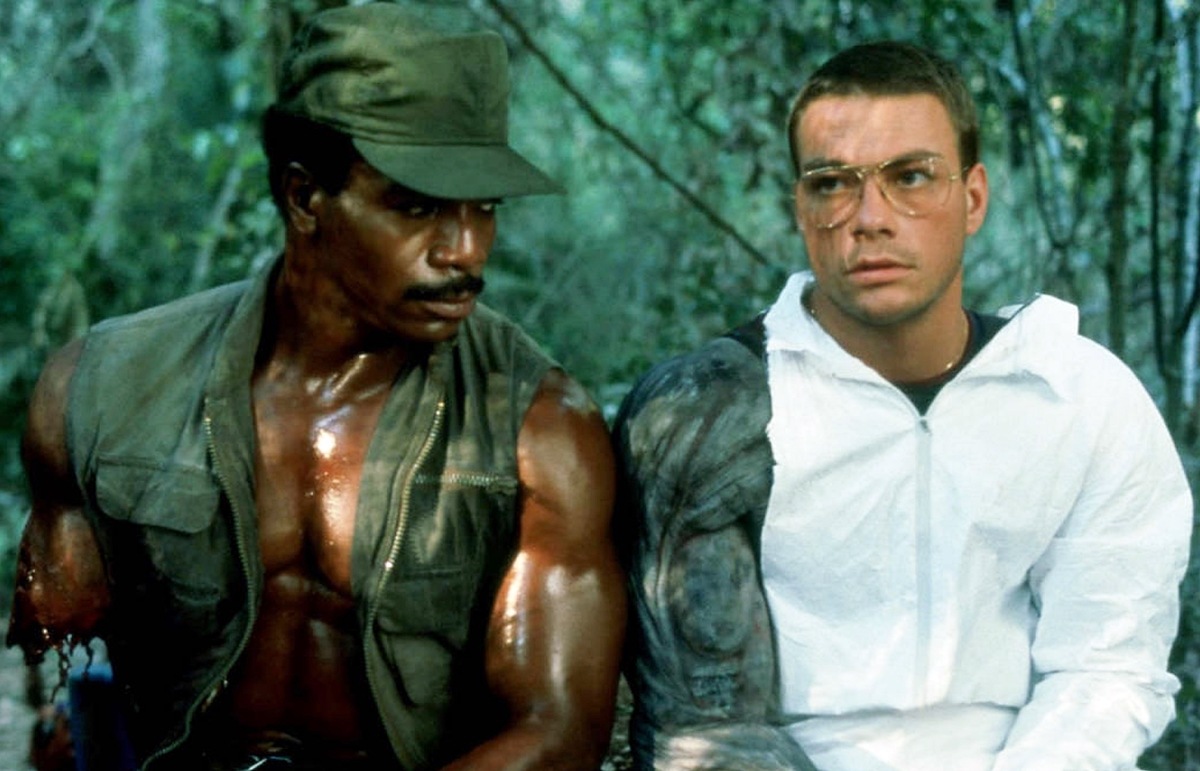 As well as ditching the original Predator suit early in production, director John McTiernan and producer Joel Silver also dismissed the actor originally cast to play the titular alien: a then-unknown actor and martial artist named Jean-Claude Van Damme. Originally, it was hoped that his speed and agility would help to make him seem a threat to the film’s muscular ensemble.

However, it was soon decided that the 5ft 9 inch Van Damme was simply too small to pose a plausible threat to the film’s muscular ensemble. In addition, there have been reports of tension on set between the ambitious young Van Damme and the rest of the cast and crew.

6. Van Damme’s replacement as the Predator was over seven feet tall 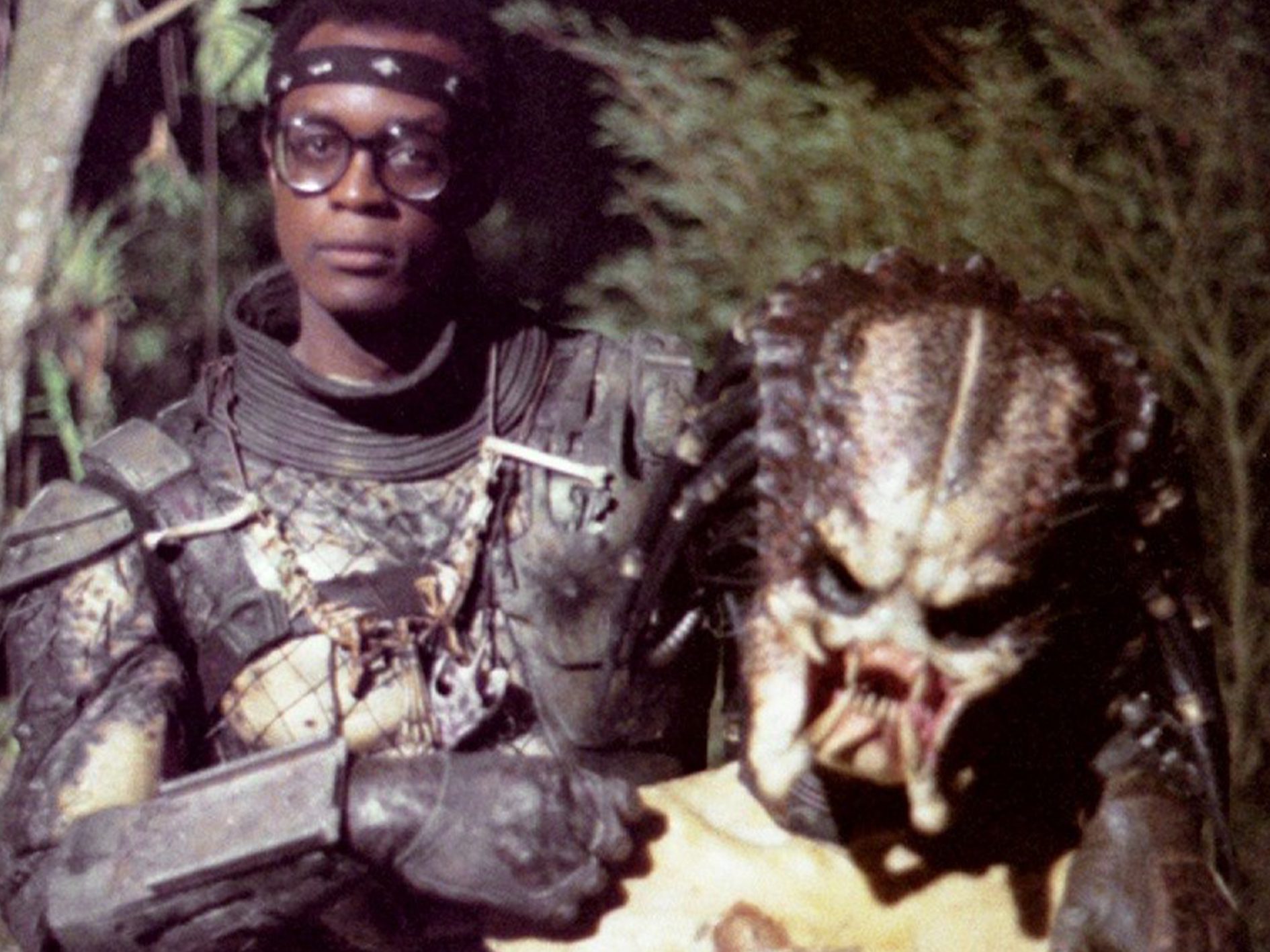 Jean-Claude Van Damme was replaced by Kevin Peter Hall, who towered over his co-stars at 7 feet 2.5 inches in height. Hall was the tallest in a very tall family: his dad was 6 ft 6, his mother was 6 ft 2, and he was the tallest of seven brothers, all of which who were over 6 ft 5.

As well as playing the titular alien in both Predator and its 1990 sequel Predator 2, Hall was also known for playing the Bigfoot named Harry in Harry and the Hendersons. Sadly, Hall passed away in 1991 aged just 35, suffering an AIDS-related illness after contracting HIV from a blood transfusion.

5. Sickness was rife on the Mexican set 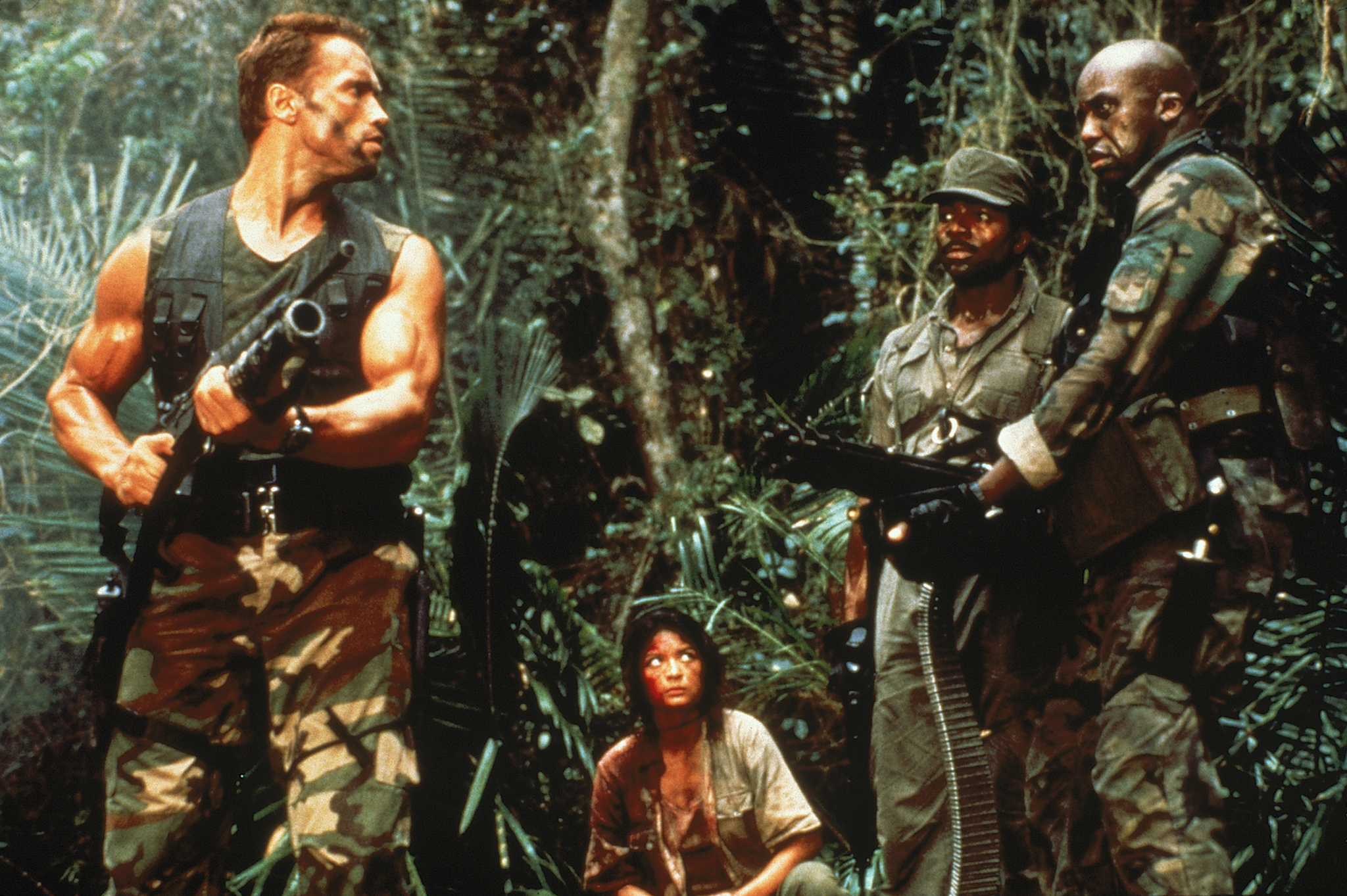 Shooting on location in a Mexican jungle took its toll on the cast and crew of Predator. Director John McTiernan and Arnold Schwarzenegger were both reported to have lost 25 pounds during the film’s shoot from all the sweat and strain, and the cast got used to regularly being covered in all manner of bugs.

In addition to that, a number of the cast and crew had bouts of diarrhoea, thought to be due to water purification issues at the hotel where they were staying.

4. Schwarzenegger had to be covered in mud for three weeks 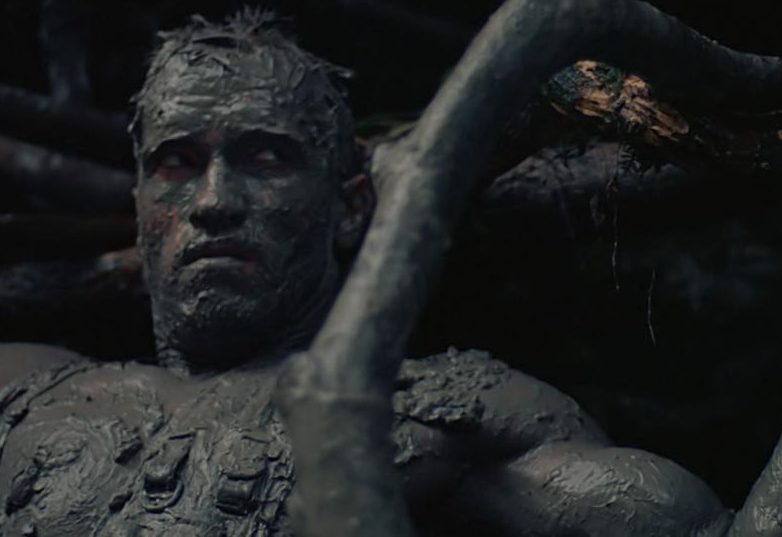 As fans of the film will recall, much of Predator’s final act sees Arnold Schwarzenegger’s Dutch cover himself in mud when he discovers that this will make him invisible to the Predator, whose vision is based on body heat.

Unfortunately for Schwarzenegger, this meant he had to be coated in genuine mud for the three weeks it took to shoot all these scenes. (Hopefully that kept the bugs off.)

3. Writer Shane Black was cast as Hawkins so he could also be around for last-minute script changes 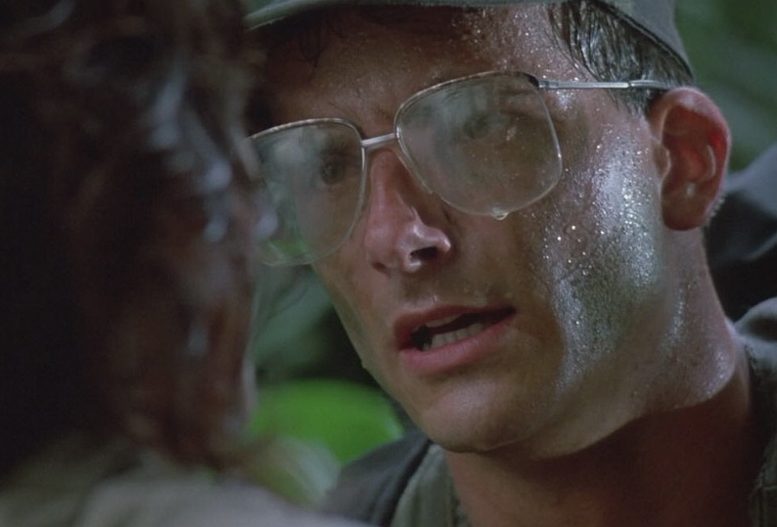 Predator features one of the few acting roles of Shane Black, who at the time was better known as a screenwriter (his first films Lethal Weapon and The Monster Squad also opened in 1987). Producer Joel Silver enlisted Black to play the minor role of Hawkins to kill two birds with one stone, as Black was also kept around to take care of any script re-writes that were required on set. 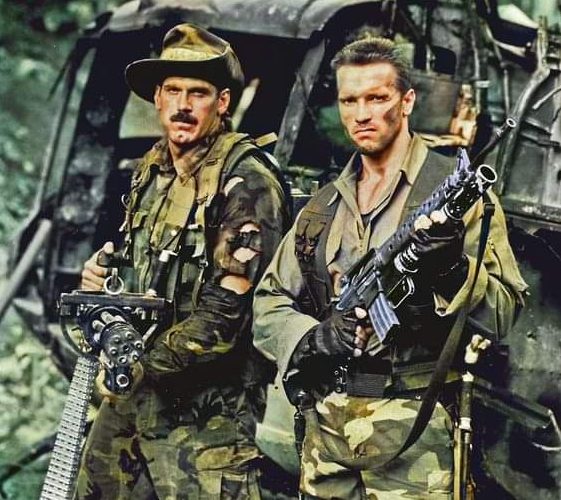 As most readers will probably be aware, Predator leading man Arnold Schwarzenegger went on to serve two terms as the Governor of California. You might not have known that Blain actor Jesse Ventura (who reunited with Schwarzenegger that same year in The Running Man) also went into politics, serving one term as Governor of Minnesota.

Meanwhile, Billy actor Sonny Landham (who passed away of heart failure in 2017) would unsuccessfully campaign for the roles of both Governor and Senator of Kentucky.

1. It wasn’t well-received on release 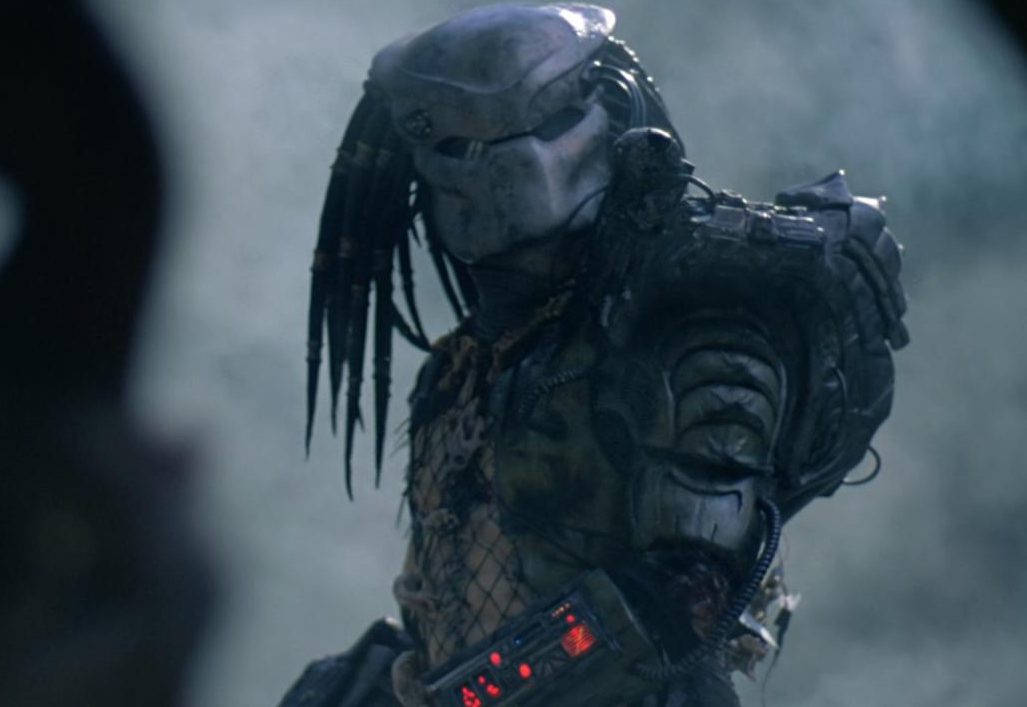 Today, Predator is generally held up as one of the greatest sci-fi action movies of the 80s, so it may be surprising that on release, critics weren’t too kind to the film. The New York Times wrote that it was “grisly and dull, with few surprises,” and Cinefantastique believed that “the militarized monster movie tires under its own derivative weight.”

However, the film was warmly embraced by audiences, resulting in Predator 2 in 1990, two Alien vs. Predator movies in the 2000s, and two further Predator sequels in the years since. A prequel entitled Skulls is currently in the works, due to open in 2022.