The Running Man was released at the height of leading man Arnold Schwarzenegger‘s action hero fame, back in the days when his movies were always R-rated with massive body counts in which our hero declared “I’ll be back” at least once. The 1987 sci-fi action thriller cast the Austrian Oak as Ben Richards, an innocent man falsely imprisoned who gets the chance to literally fight for his freedom on a gladiatorial TV gameshow.

It’s an old favourite of many 80s action fans – but did you know the following facts about The Running Man?

10. It was based on a Stephen King novel 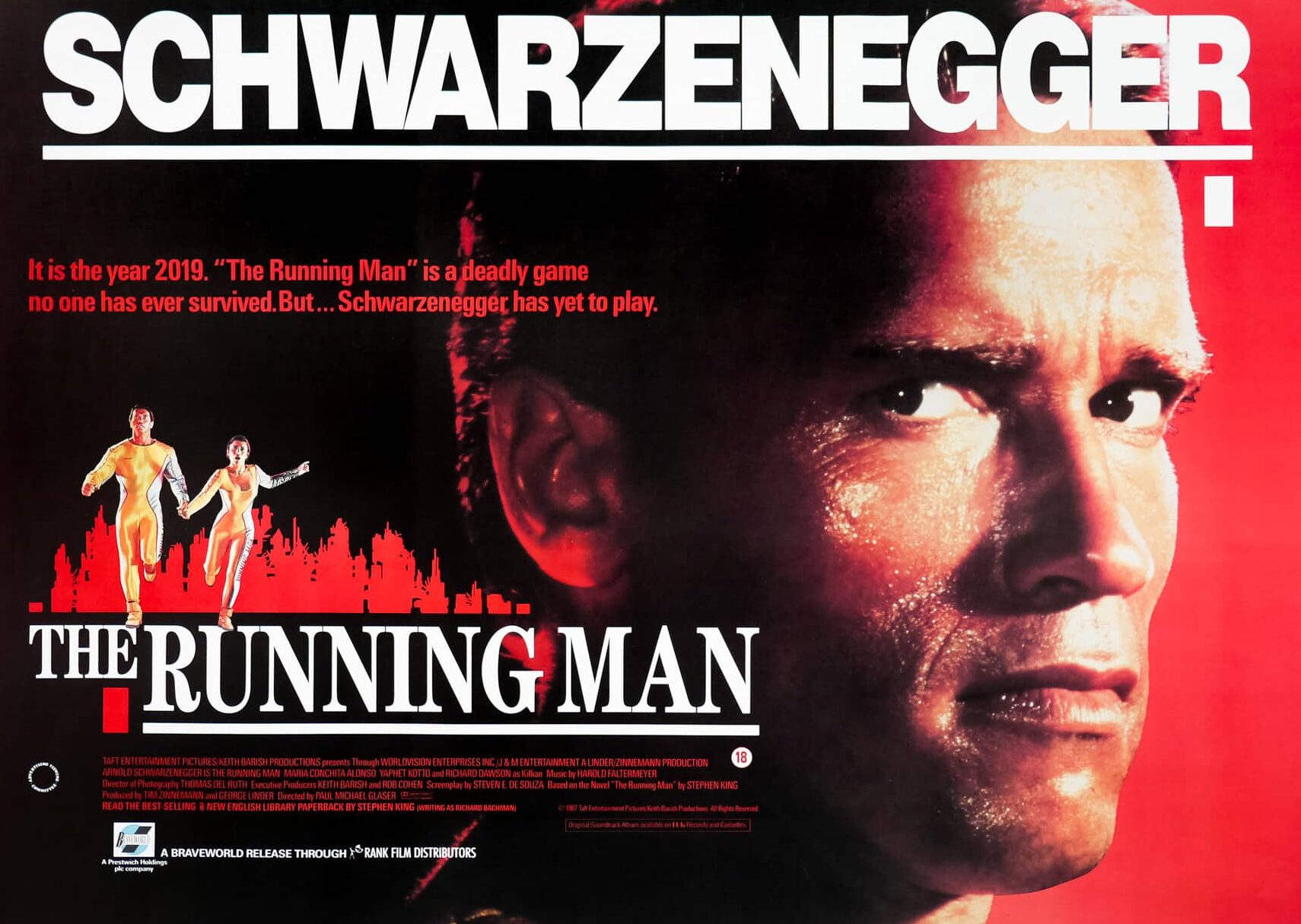 The Running Man was based on the novella of the same name by Richard Bachman. Before the film was released, Bachman was revealed to be a pen name of best-selling horror author Stephen King. When the film’s producers bought the rights to the novel, they had no idea King was really the author.

However, although the secret was out by the time The Running Man hit cinemas, King insisted the opening credits name Richard Bachman instead of him.

9. It was inspired by a Japanese game show 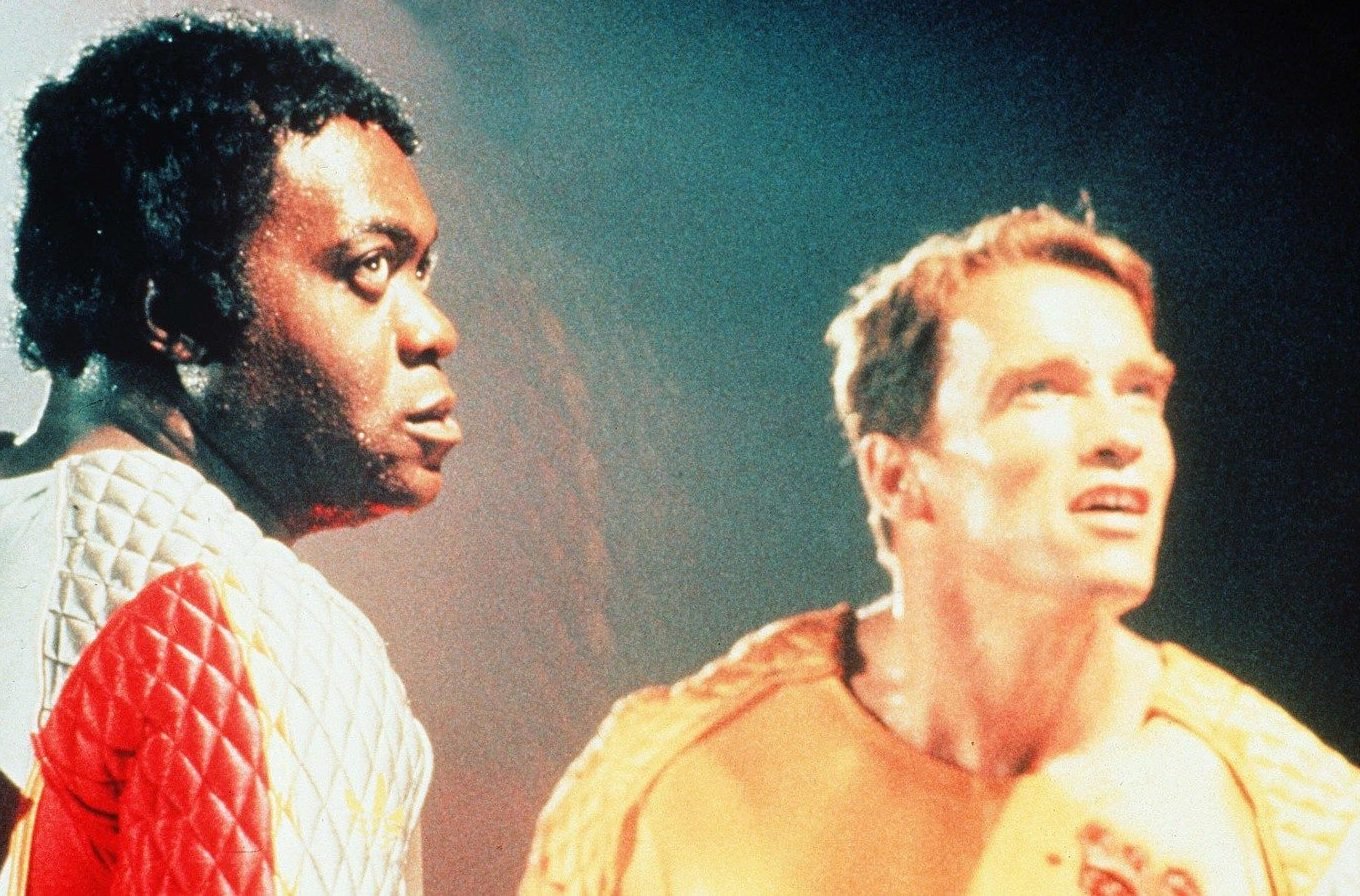 This eye-opening show gained notoriety for essentially torturing its contestants in a frenzied endurance test. 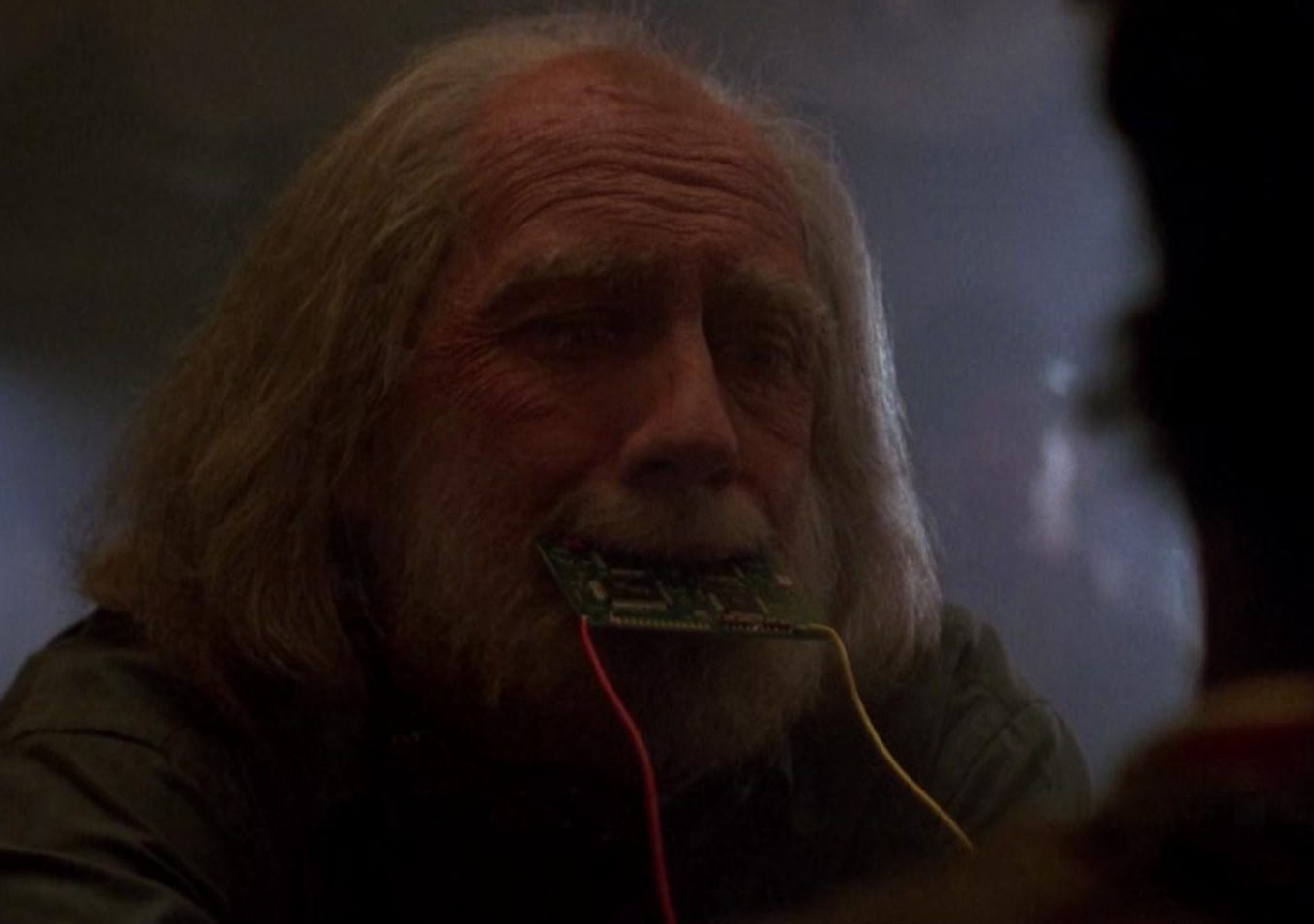 When The Running Man was first released, a lot of viewers didn’t realise there was a small role in the movie from a rock star. The rocker in question was Mick Fleetwood, drummer of supergroup Fleetwood Mac, who plays the underground resistance leader Mic.

Nor is Fleetwood the only rock’n’roll connection in the movie: there’s also an appearance by Dweezil Zappa, guitarist and son of rock legend Frank Zappa.

7. Four directors were dismissed before Paul Michael Glaser took over 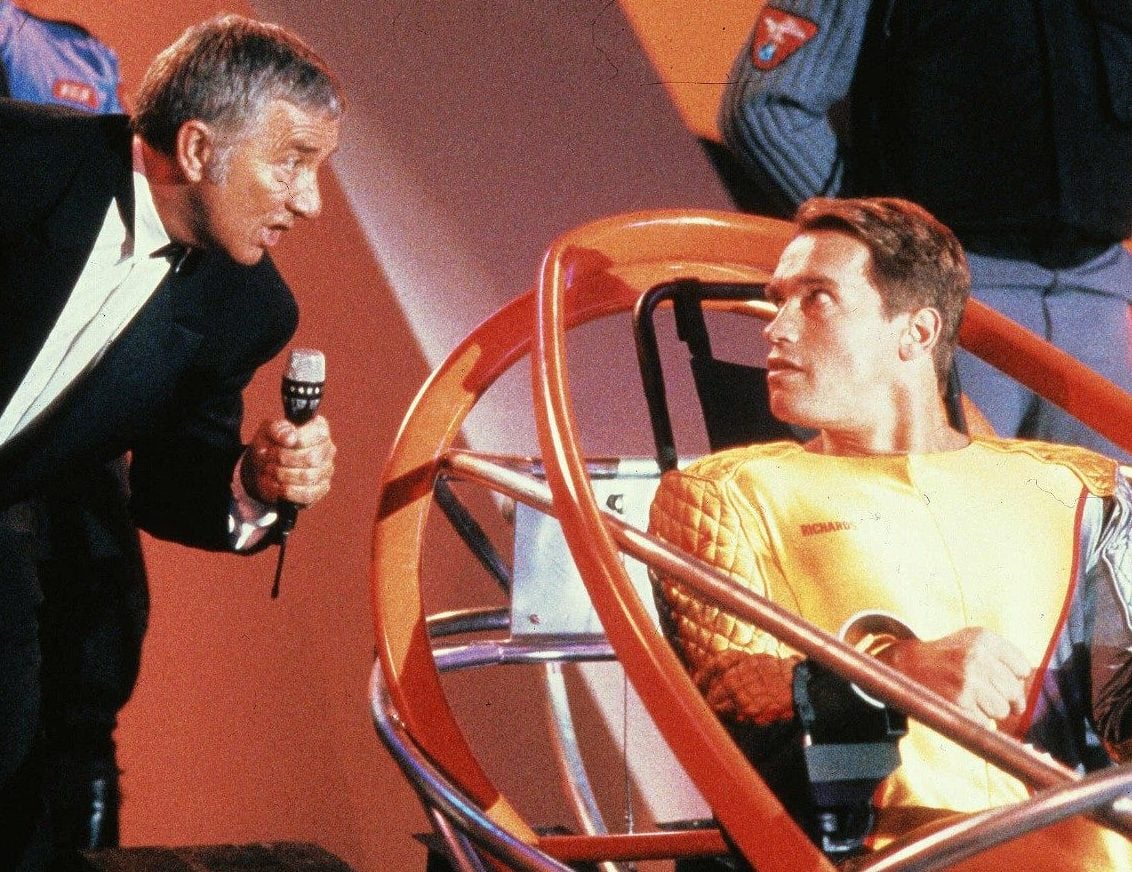 The Running Man had difficulty finding a director. George P. Cosmatos (director of Rambo: First Blood Part II and Cobra) Ferdinand Fairfax and Andrew Davis (Under Siege) were all hired but then fired over creative differences with the producers.

The next choice, Carl Schenkel, turned the opportunity down. Finally the job went to Paul Michael Glaser, better known for his acting role as Starsky on 70s TV cop show Starsky and Hutch.

In the pre-game warm up sequences, we see some very flashy dance sequences. These were choreographed by none other than Paula Abdul, who would soon embark on her own pop career, and years later became a judge on American Idol.

Abdul was an ex-cheerleader and a hugely in-demand choreographer at the time, having worked on music videos for Janet Jackson, Duran Duran, Debbie Gibson and ZZ Top.

5. It was the main inspiration behind TV’s Gladiators franchise 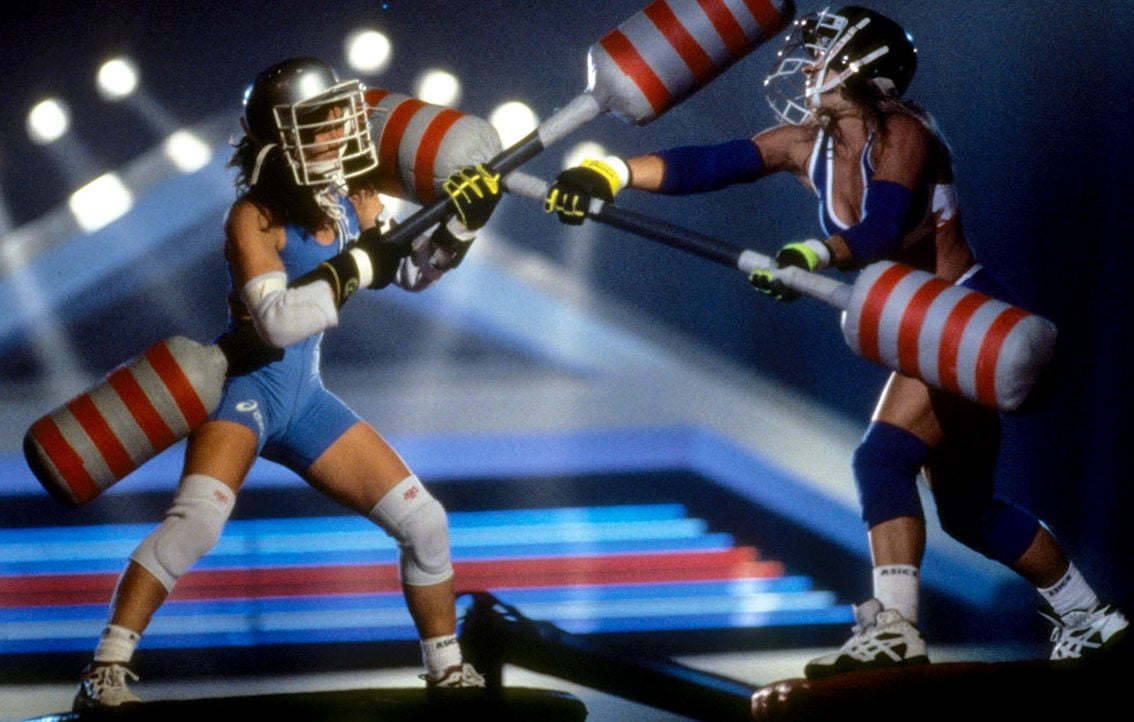 The Running Man was the main inspiration for American Gladiators, a highly physical but thankfully non-lethal show which saw members of the public compete against larger-than-life athletes.

The show proved a huge hit, and saw the launch of many other Gladiators shows around the world, the UK version proving particularly successful. 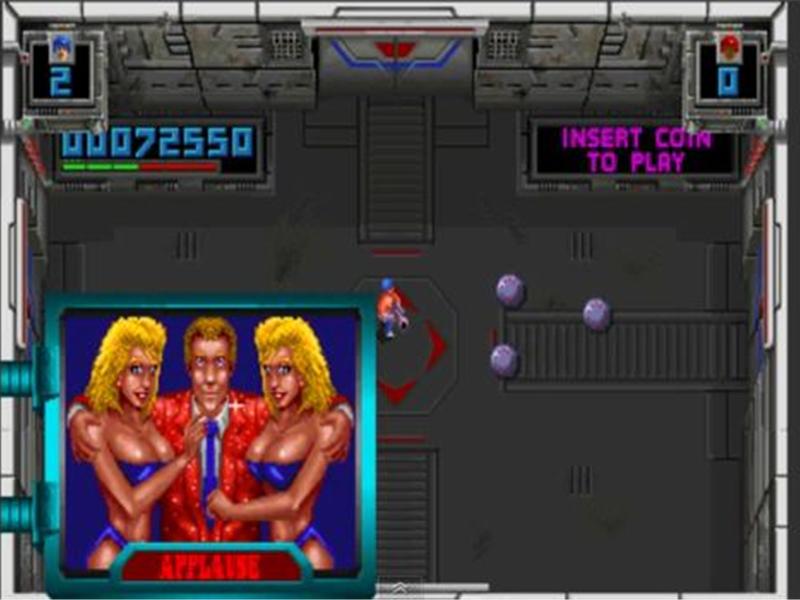 The Running Man was a key influence behind arcade action game Smash TV, which saw contestants thrust in to a game show arena, facing ever tougher enemies.

On top of this, the movie was also adapted into an official Running Man video game, released on the late 80s to such home computer systems as the Amiga and Atari ST. 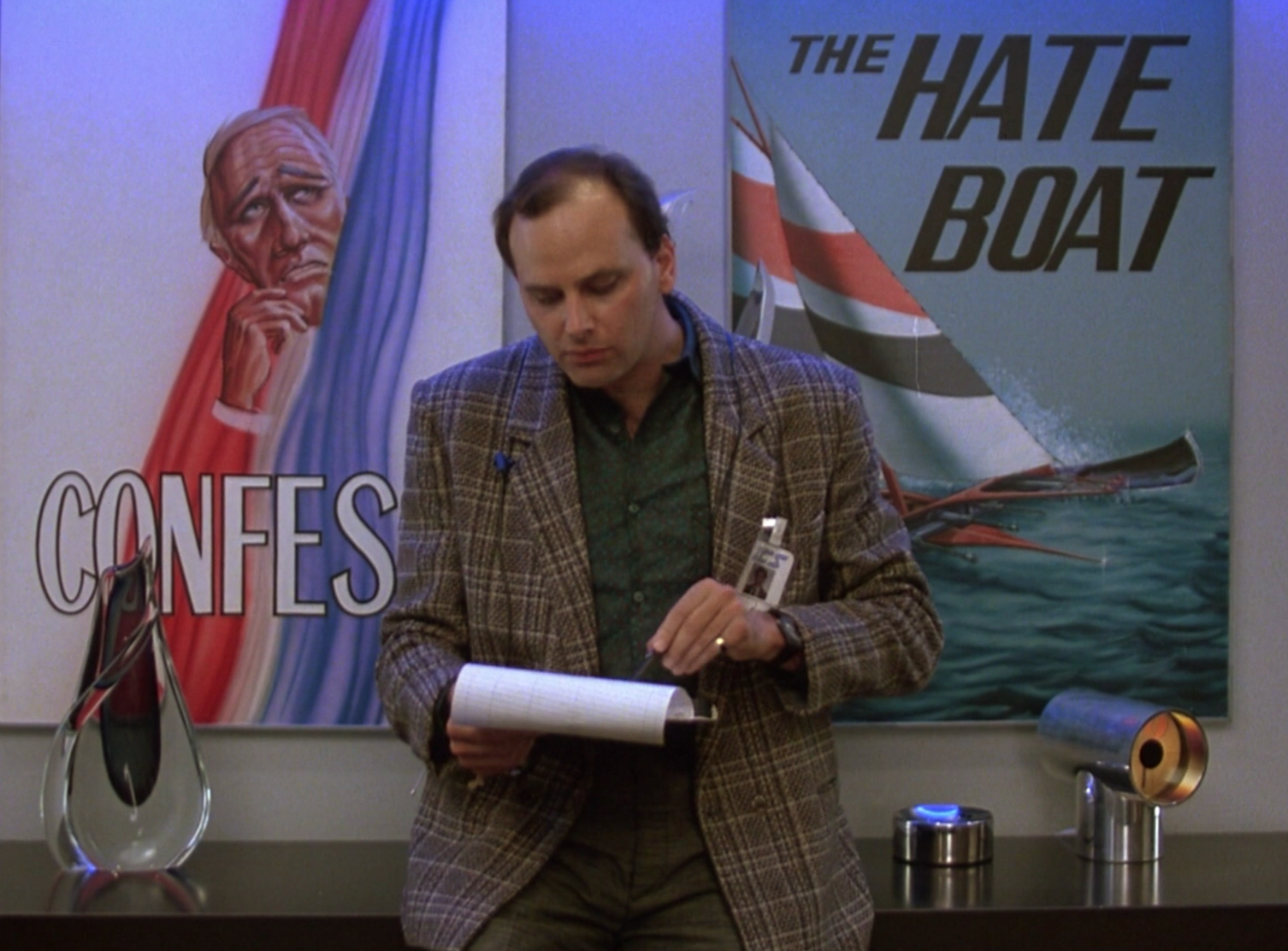 In Killian’s office, we briefly see a poster for a made-up TV show, Hate Boat. This is a nod to the fact that actor, Richard Dawson, appeared in TV’s Love Boat.

Dawson was appropriate casting: he was the host of popular TV game show Family Feud in the 70s and 80s.

2. Schwarzenegger used the film’s title in his campaign for Governor of California 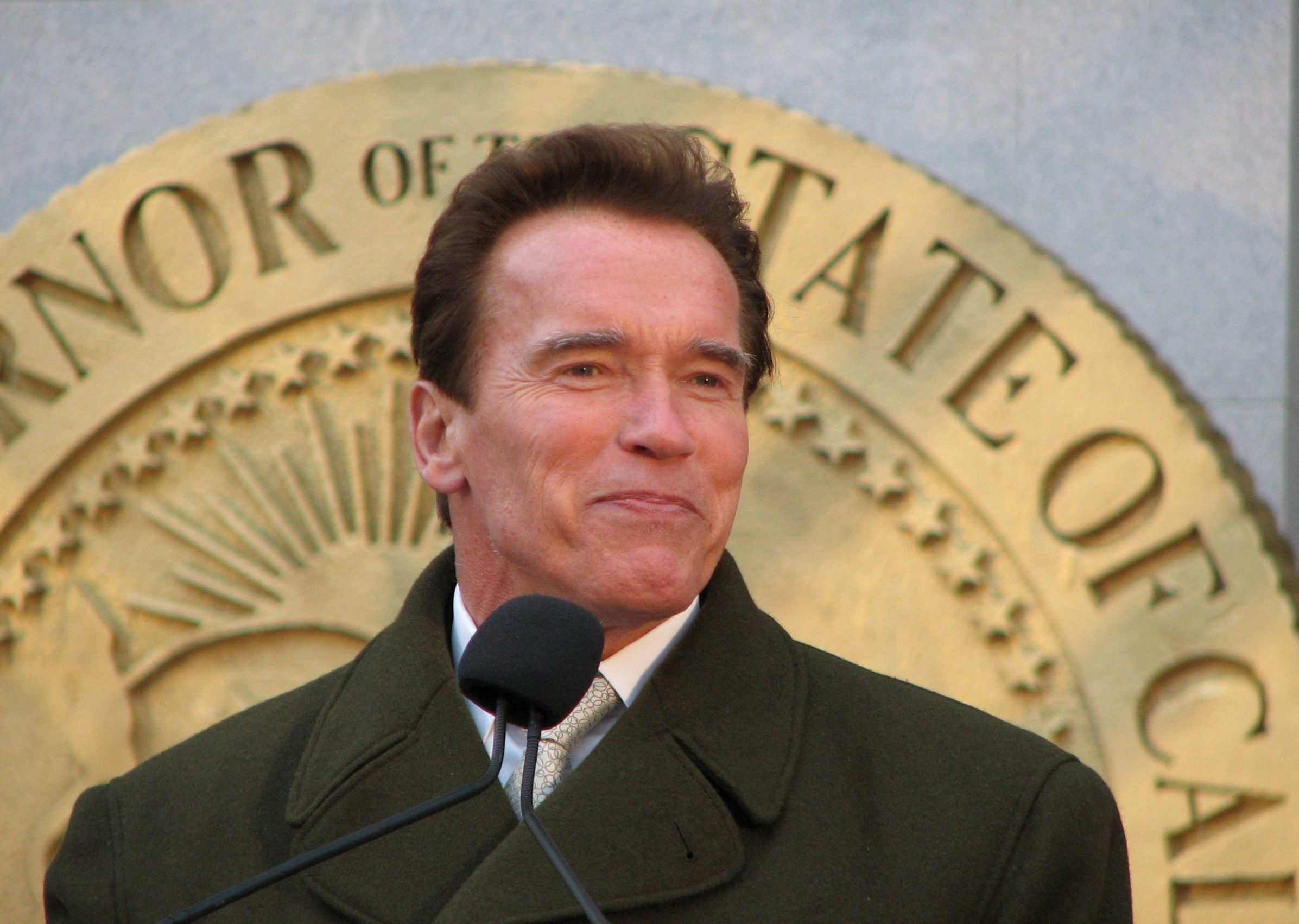 As well as the ‘Governator,’ The Running Man co-stars another future political figure: Jesse Ventura, who was later Governor of Minnesota. (Schwarzenegger and Ventura had worked together earlier that same year in Predator.)

1. Edgar Wright is attached to direct a remake 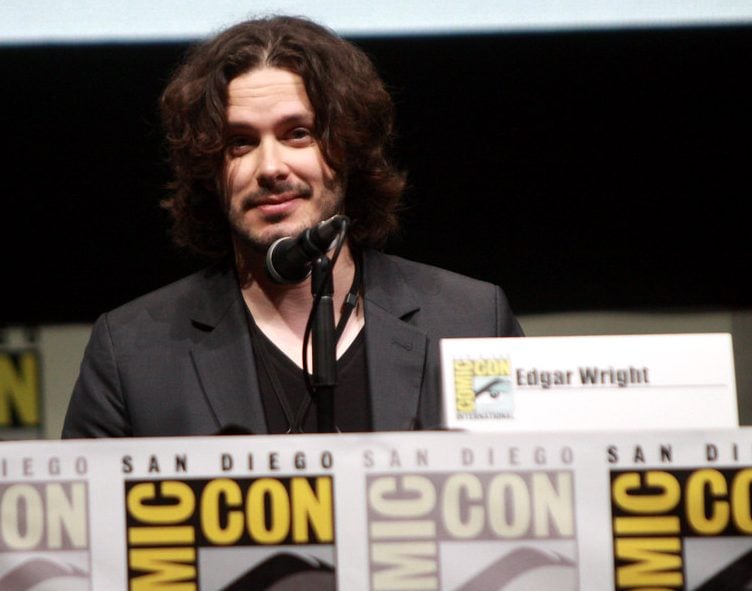 It was announced in February 2021 that a new adaptation of The Running Man is in the works at studio Paramount Pictures. British director Edgar Wright (Shaun of the Dead, Baby Driver) is attached to the film.

Screenwriter Michael Bacall (who previously co-wrote Scott Pilgrim vs. the World with Wright) is working on a new adaptation said to be closer to King’s novel.