Fleetwood Mac are one of the most beloved bands to come out of the 20th century. Legendary for their debauchery and infighting as well as their unique, dreamy sound, Fleetwood Mac have a legacy that endures to this day – at time of writing, Dreams is at #35 on the Rolling Stone’s Top 100 Songs.

The band are still going strong since forming in 1967, meaning they’ve been around for an impressive five decades. The past 53 years have been filled with massive ups and downs for the group, including addiction, stints in rehab and messy divorces. Here are 10 of the wildest facts about this iconic band.

10. One of the band’s founding members left to join a cult 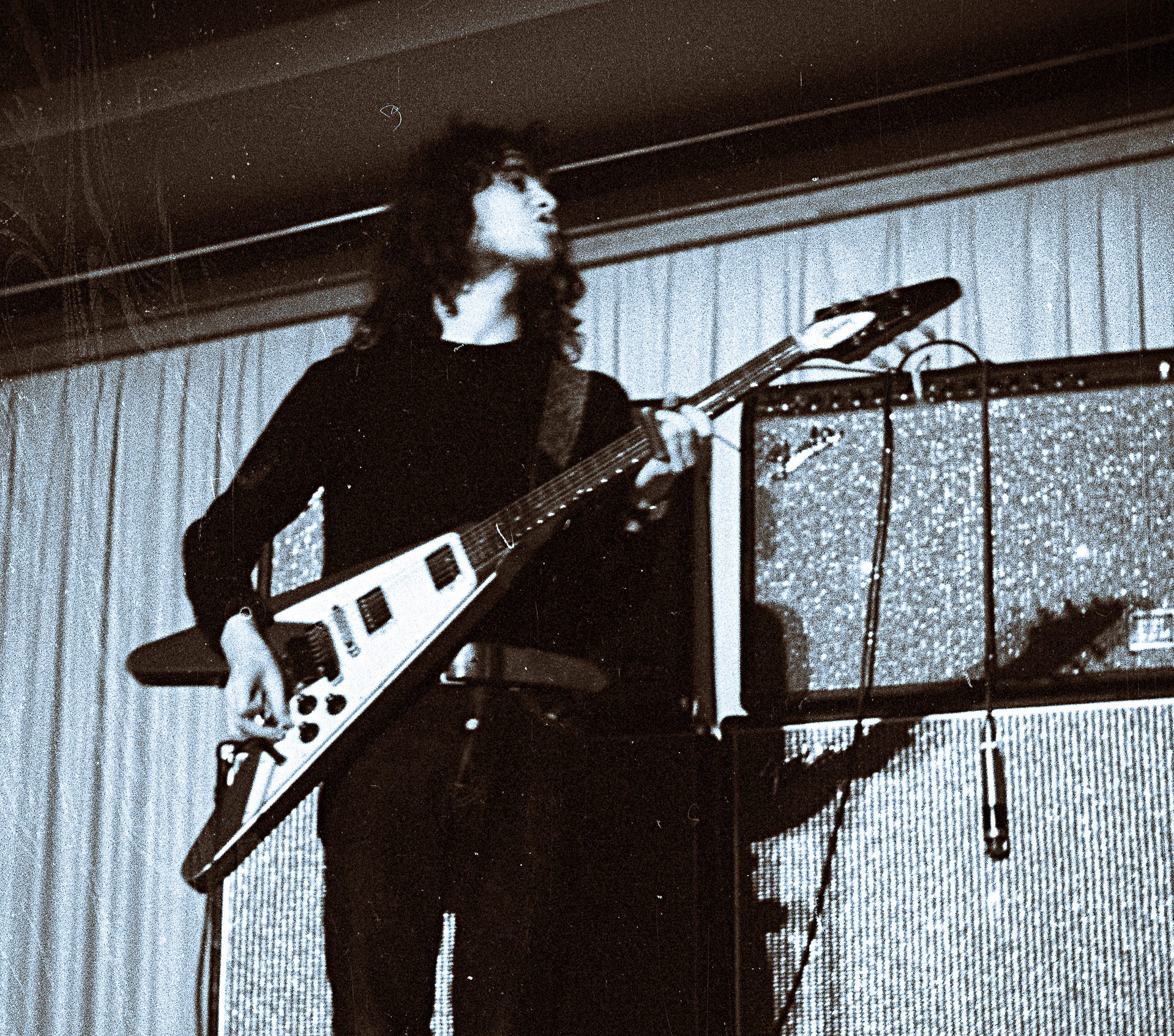 The first Fleetwood Mac line-up was pretty different to the ‘classic’ line-up of the Rumours era. Many of the band’s original members left or were fired – but one of them quit the band for a more unorthodox reason. Back in 1971, guitarist Jeremy Spencer left the band’s hotel room shortly before a scheduled gig to visit a nearby bookshop. He didn’t return for days, and the band were forced to cancel their upcoming performances as they went out looking for him.

When they eventually caught up with Spencer, he revealed that he’d met a young man named Apollos who had entreated him to join the Children of God cult. Spencer informed his gobsmacked bandmates that he’d be leaving the band with immediate effect. The panicked band had to call on their old guitarist – the late, legendary Peter Green – to fill in for Spencer. 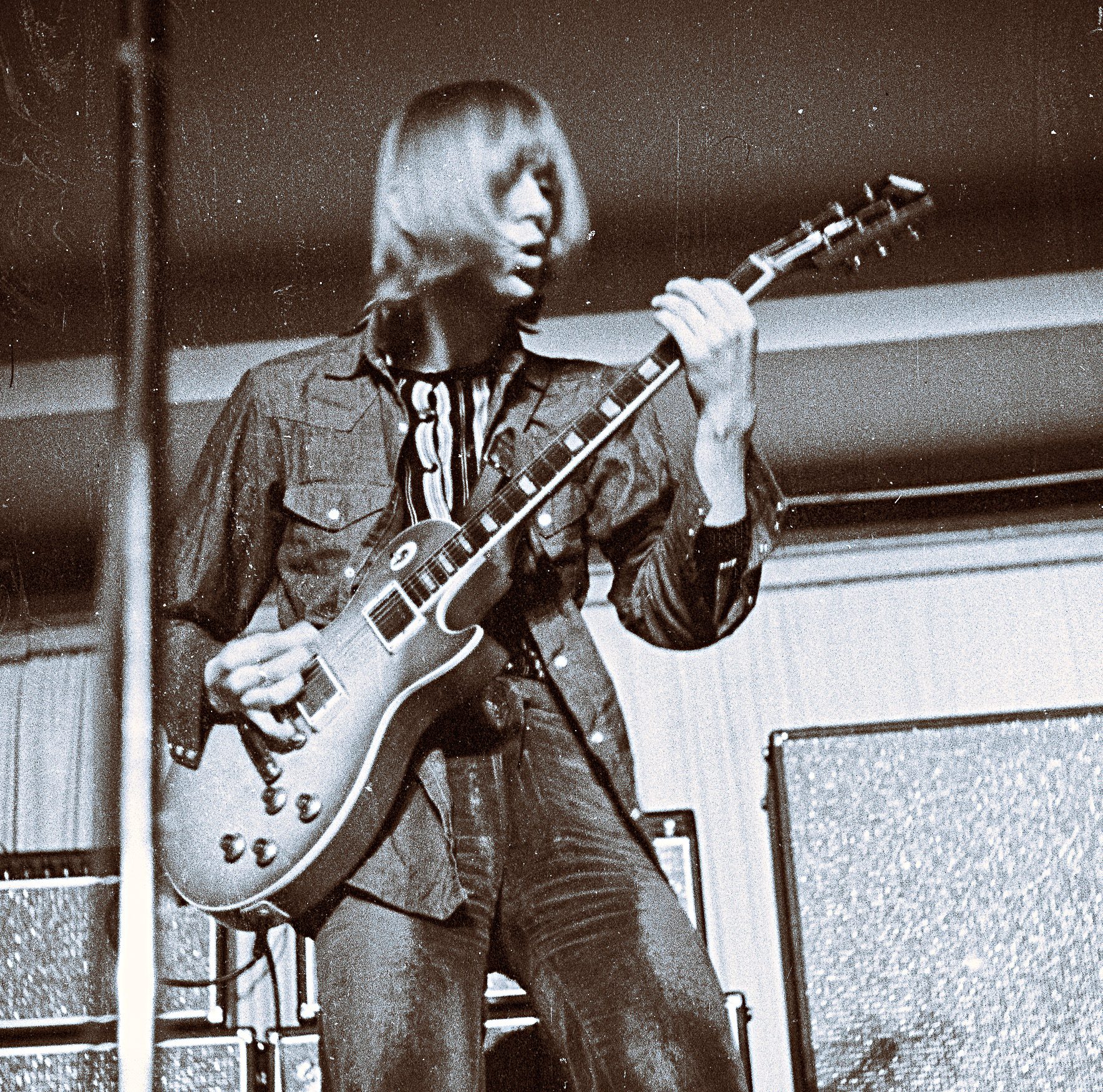 Another early member of Fleetwood Mac, Danny Kirwan, also made an unusual exit from the band in the early 70s. Back in 1972, the band were preparing to go on-stage during a tour to promote their new album Bare Trees, when Kirwan turned violent. The guitarist had been bickering with bandmate Bob Welch over an issue with their guitars, when suddenly he flew into an explosive rage. The guitarist smashed his head against a wall before launching his treasured Gibson Les Paul into a mirror, raining glass everywhere.

Kirwan then refused to go on-stage for the gig, leaving Welch to try and play two separate guitar parts. Mick Fleetwood fired Kirwan shortly after the incident. In a 1976 BBC interview, Fleetwood expressed that he believed letting Kirwan go was the best course of action for him: “It was a torment for him, really, to be up there […] although he was asked to leave, the way I was looking at it was, I hoped, it was almost putting him out of his agony.” 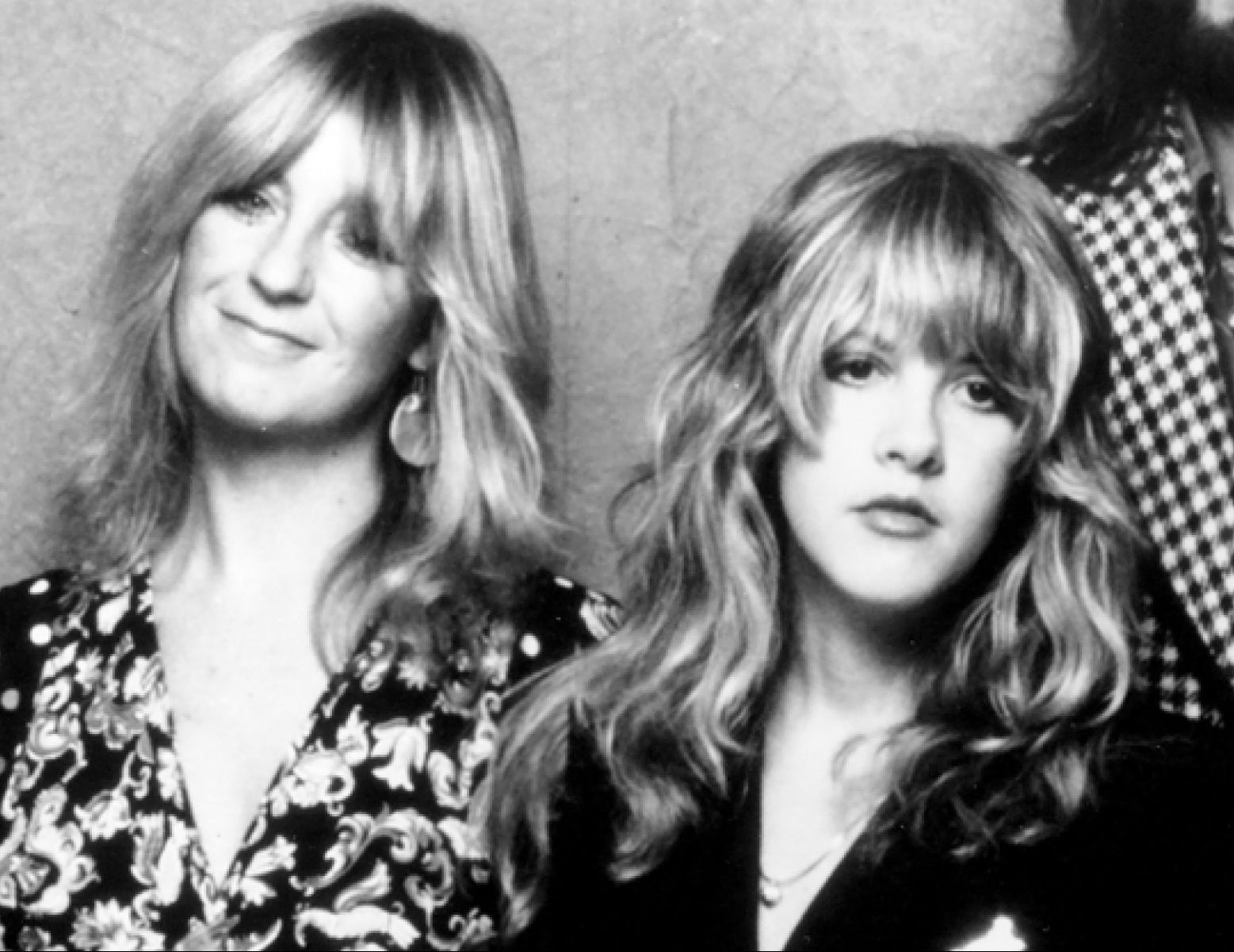 Dreams is one of Fleetwood Mac’s most enduring hits – TIME placed the song on their list of 100 Greatest Popular Songs back in 2011 and it’s even climbed back into the charts in 2020.

Although many Fleetwood Mac fans would count the song as their favourite from the group, one of the band’s members thought the song was “boring.” Speaking to Blender in 2005, keyboardist Christine McVie said: “When Stevie first played it for me on the piano, it was just three chords and one note in the left hand. I thought, ‘This is really boring,’ but the Lindsey genius came into play and he fashioned three sections out of identical chords, making each section sound completely different. He created the impression that there’s a thread running through the whole thing.”

7. Lindsey Buckingham sings both the ‘male’ and ‘female’ backing vocals on Big Love

Big Love, one of Lindsey Buckingham’s songs on 1987 album Tango in the Night, is arguably one of Fleetwood Mac’s most underrated tunes. The song is perhaps most memorable for its provocative call-and-response vocal riff – which sounds uncannily like a man and a woman moaning. While you’d be forgiven for assuming the ‘female’ sound to be Nicks, the vocals are actually all performed by Buckingham himself.

Buckingham can’t really get his voice that feminine, though, as evidenced by his live solo performances of the song. For the recorded track, his vocals were edited to mimic a woman’s dulcet tones. Nicks does provide backing vocals on the 12-inch extended dance mix of the track, however.

6. The pair of ‘balls’ Mick Fleetwood wears are actually stolen toilet chains that he wore for good luck 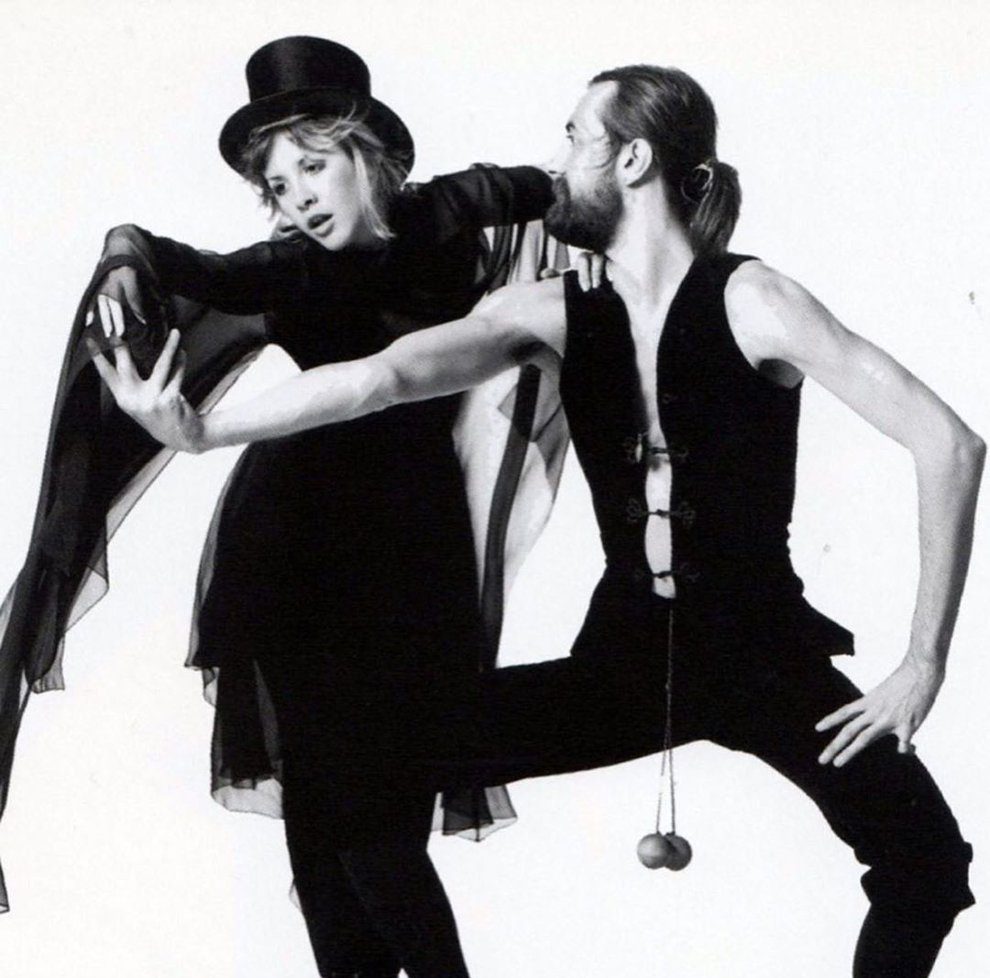 The Rumours cover is nothing short of iconic, with Nicks dressed in her famous ‘Rhiannon’ costume and Fleetwood grasping a crystal ball. It’s impossible to mention the cover without mentioning the pair of wooden balls dangling between Fleetwood’s legs – one of the more perplexing aspects of the photo. While, for the most part, they are just the product of Fleetwood’s schoolboyish humour, there’s actually an interesting backstory to the intriguing accessory.

Back in the 1960s, Fleetwood ripped the toilet chains off a lavatory in a club where Fleetwood Mac were playing and went on stage with the chains hanging from his belt. Ironically, this original pair of chains was stolen, but Fleetwood had replacements made as the chains came to be a sort of good luck talisman for the drummer. 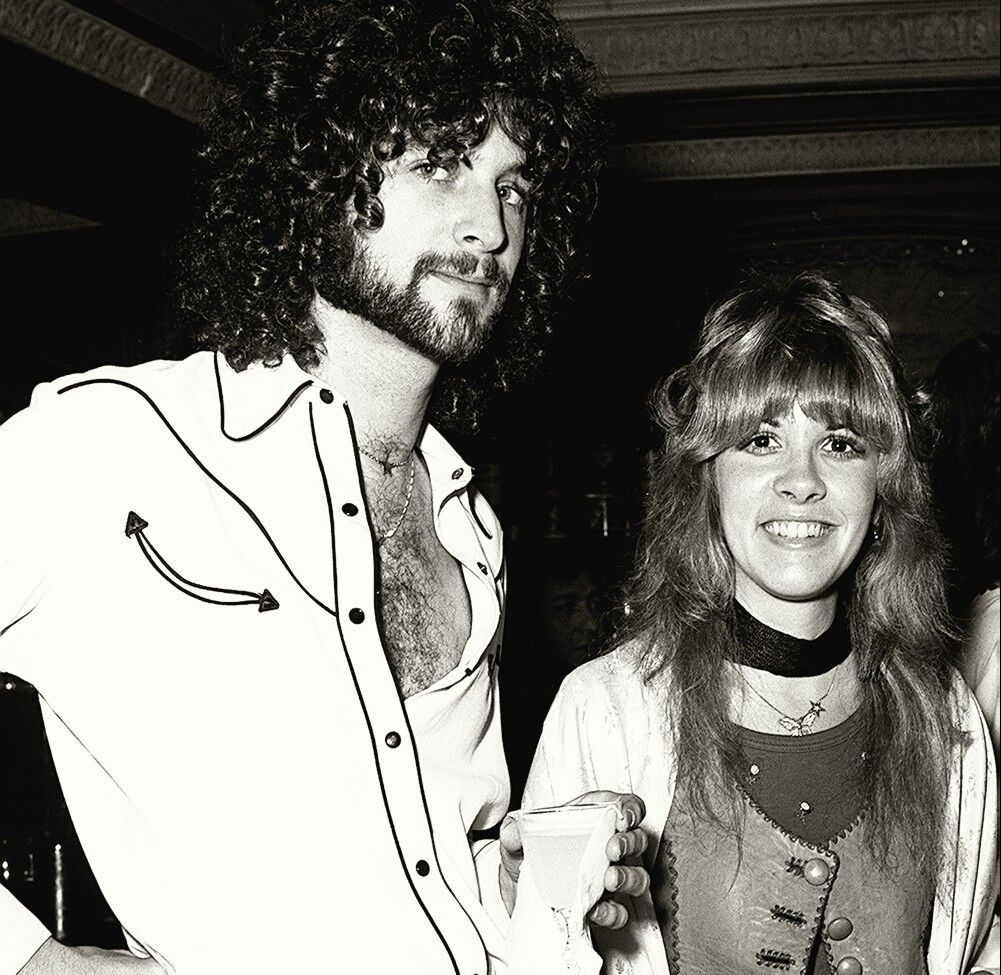 When guitarist Bob Welch left the band in 1974, Mick Fleetwood knew exactly who he wanted to fill the slot. Having heard Lindsey Buckingham’s dazzling work at the Sound City recording studio in California, Fleetwood immediately called up Buckingham and offered him a part in the band.

Buckingham was happy to accept, but had one condition which he refused to compromise on. As he was already part of a band with his girlfriend, one Stevie Nicks, he explained to Fleetwood that he couldn’t accept the job without bringing her along – the two had been dating and creating music together since they were in high school and were fiercely loyal to one another. Thankfully, Fleetwood obliged, declining to make either of them audition as he was so impressed by their band’s music.

4. The band got back together to perform at Bill Clinton’s Inaugural Ball

Nicks and Buckingham both left Fleetwood Mac in 1987, ending the days of the band’s classic line-up. However, the Rumours-era lineup briefly reunited in January 1993 to perform at Bill Clinton’s Inaugural Ball. The band’s Don’t Stop served as the campaign song for Clinton back in 1992, and so the new President asked them to perform it live at the celebration.

While the band formally got back together in 1997 – and are still together (sans Buckingham) to this day – back in 1993, many believed their performance at the Inaugural Ball would be their last ever performance together. “This is pretty much a one-off thing as far as I’m concerned,” Buckingham said in an interview at the time.

3. Neither Mick Fleetwood nor John McVie came up with the band’s name 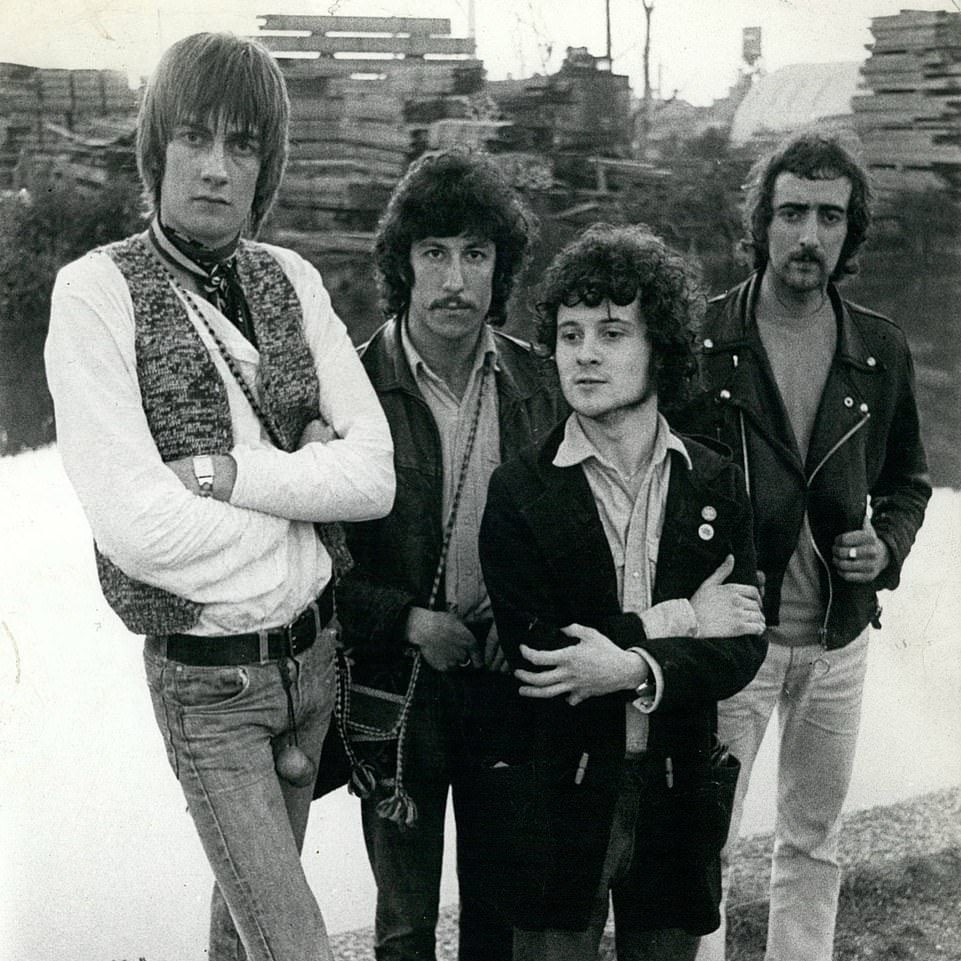 Most people know that the name ‘Fleetwood Mac’ comes from the surnames of two of the band’s founding members – drummer Mick Fleetwood and bassist John McVie. However, neither Fleetwood nor McVie suggested this name.

When blues legend John Mayall gifted original Fleetwood Mac guitarist Peter Green recording time as a birthday present, Green invited his friends Fleetwood and McVie to record five songs with him. Green titled the fifth song ‘Fleetwood Mac’ as a tribute to the two musicians. Soon after this fateful recording session, Green and Fleetwood began to discuss forming a band of their own. The pair wanted McVie on board, but he was reluctant, and so Green tried to win him over by suggesting that they name the band Fleetwood Mac. McVie still declined – but within weeks he’d changed his mind and agreed to join Fleetwood Mac.

2. Stevie Nicks hated recording Tango in the Night, which was recorded largely in Buckingham’s bedroom 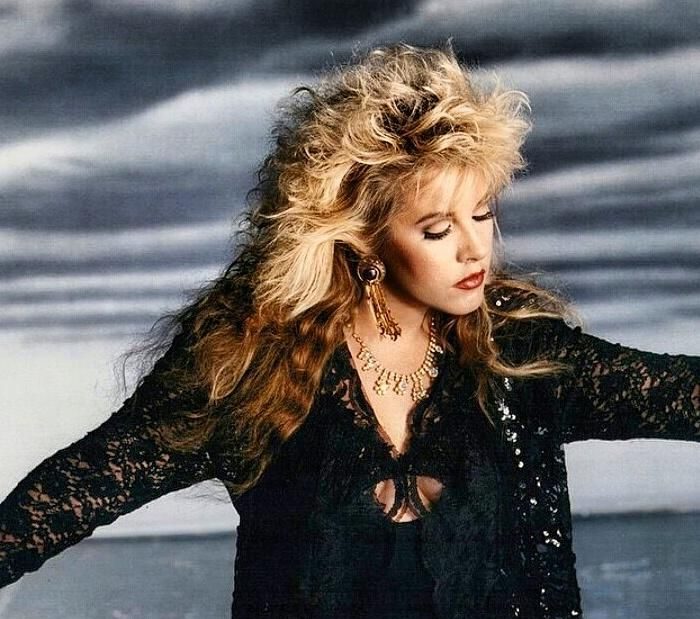 It’s hardly surprising that Nicks felt uncomfortable recording an album with two of her ex-boyfriends (she’d had a brief fling with Fleetwood after her relationship with Buckingham crumbled). She’d also only just come out of rehab, and to make matters worse, Tango in the Night was largely recorded in Buckingham’s bedroom.

Speaking to The Miami Herald in 2017, Nicks recalled the difficult set-up: “I can remember going up there and not being happy to even be there […] we were doing vocals in their master bedroom and that was extremely strange. In all fairness, it was like the only empty room, and they had a beautiful master bedroom all set up like a vocal booth. But I found it very uncomfortable, personally.”

1. Mick Fleetwood, Stevie Nicks, and Lindsey Buckingham are all on TikTok thanks to a viral meme

In October 2020, Nathan Apodaca posted a video featuring the Fleetwood Mac song Dreams onto TikTok – the short clip features him skateboarding to work while drinking cranberry juice and lip-syncing to the iconic Fleetwood Mac song. The video went viral and even resulted in a massive spike in streams of Dreams.

In response to the sensational video, Fleetwood, Nicks and Buckingham all created TikTok accounts of their own to recreate Apodaca’s video. Fleetwood’s video sees him closely mimic the original, while Nicks dons roller-skates in her interpretation and Buckingham rides a horse.