We won’t pretend for a second that Predator 2 is anywhere near as good as its Arnold Schwarzenegger-fronted predecessor, but there’s still so much to love about the Danny Glover-starring sequel. It moved the distinctive, dreadlocked hunter from a regular jungle to the urban one, with a tagline that promised the alien was ‘in town with a few days to kill’ – so how could we not bring you the following fascinating facts about the vastly underrated Predator 2.

10. The script was written in just three weeks 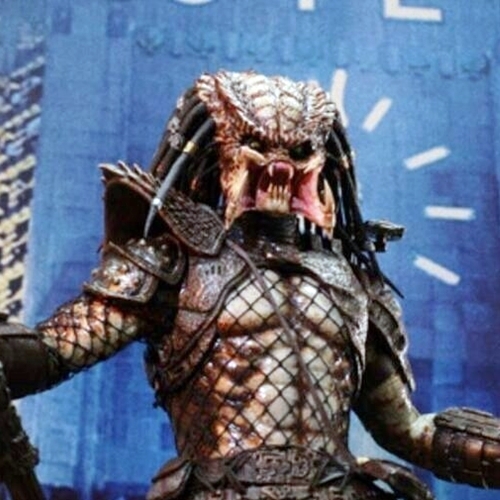 No one can pretend that Predator 2’s script is deserving of any awards, but it was at least penned by brothers Jim and John Thomas, the same duo who put pen to paper on the original film.

Apparently the siblings brought six different sequel ideas to studio executives, and the pitch the suits preferred (‘putting the creature in an urban jungle’) was developed into a fully-fledged script in just three weeks.

9. The film got given the green light after the Predator comic book was so successful 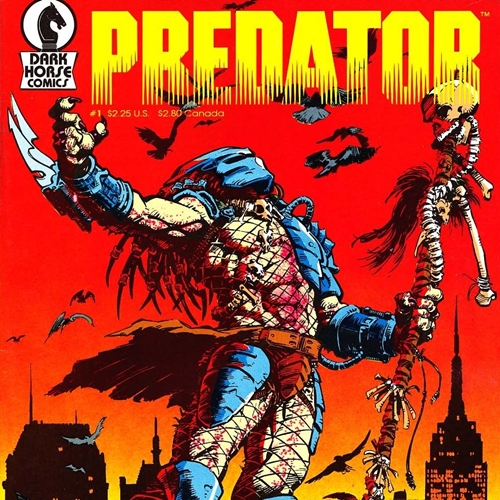 The Thomas brothers later revealed that a sequel to the hit 1987 film had not originally been planned – that is until a popular comic book changed the minds of Fox executives.

Dark Horse’s four-issue Predator: Concrete Jungle series was so successful that producer Joel Silver was able to convince the studio to greenlight a sequel.

8. It could have starred Patrick Swayze alongside a returning Arnold Schwarzenegger 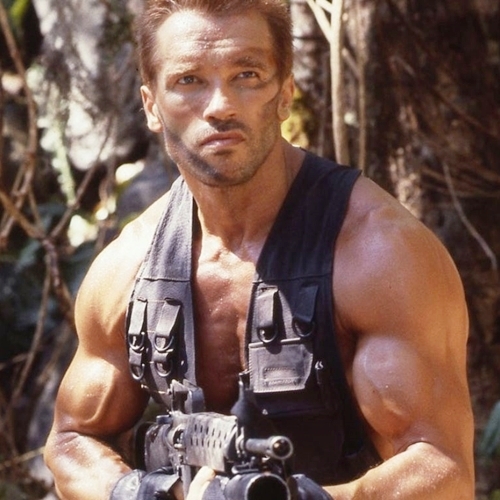 Predator 2 could have seen the late Dirty Dancing star Patrick Swayze starring alongside a returning Arnold Schwarzegger. Unfortunately, Swayze was still out of action due to an injury he had sustained on the set of 1989’s Road House, and Arnie pulled out due to a dispute over his proposed salary.

Director Stephen Hopkins also approached Steven Seagal, but the actor insisted that his character should be a martial arts expert, an idea that Hopkins wasn’t keen on.

7. The crew discovered a dead body whilst shooting in downtown Los Angeles 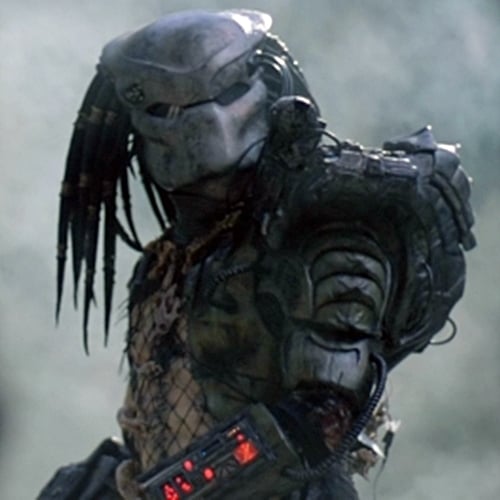 Filming in downtown Los Angeles after sunset threw up a number of challenges for filmmakers, including resentful residents who threw bags of urine and faeces at the cast and crew.

One particularly grisly night of shooting ended in members of the crew discovering a real dead body as they cleared out an alleyway in preparation for filming a scene.

6. The film was re-cut at least 20 times to remove a number of graphic scenes 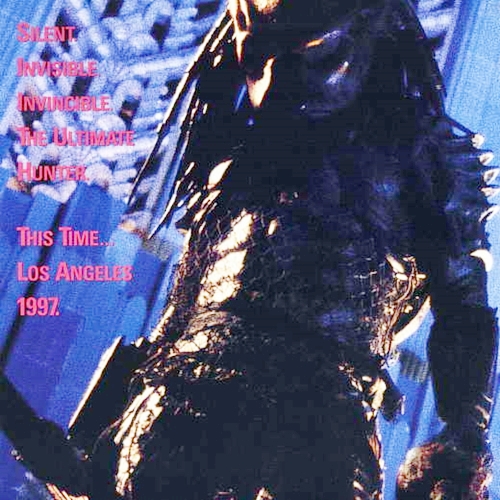 According to director Stephen Hopkins, Predator was re-cut “over 20 times” in order to secure an R rating in the United States.

The first cut of the film was given an adults-only NC-17 rating, considered to be the kiss of death to any film’s chances of box office success, so a number of graphic scenes had to be removed in the editing room.

5. The Predator’s redesign was criticised for having “racist undertones” 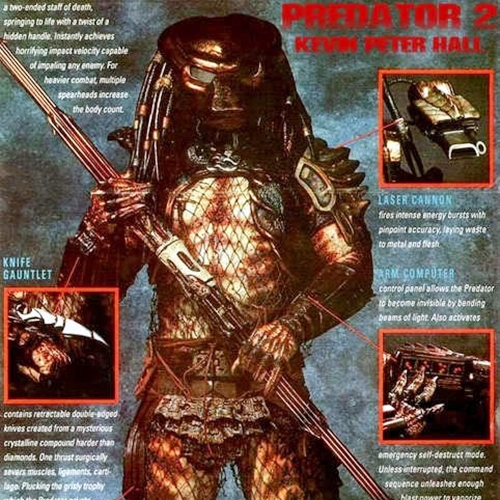 The Predator underwent something of a design overhaul for his second film, with a look that was more ‘urban’ and ‘street’ than his jungle-dwelling predecessor.

Unfortunately for the filmmakers, some criticised the new look for having “racist undertones,” with the late film critic Roger Ebert writing that “subliminal clues encourage us to subconsciously connect the menace with black males.”

4. It was the first film to provide a link between Predators and Aliens 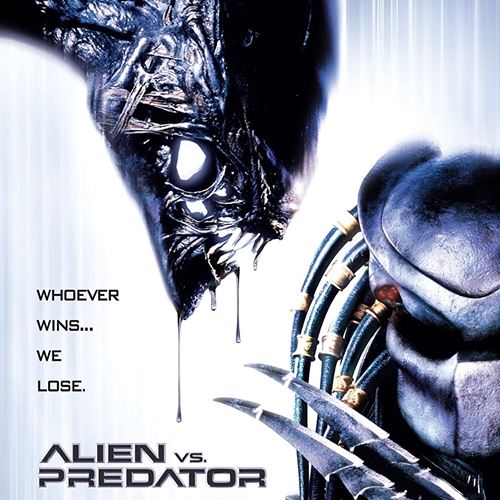 A throwaway suggestion from director Stephen Hopkins to special effects maestro Stan Winston led to an Alien head being added to the wall of trophy skulls within the Predator’s spaceship.

3. The film gave the Predator top billing over the human actors 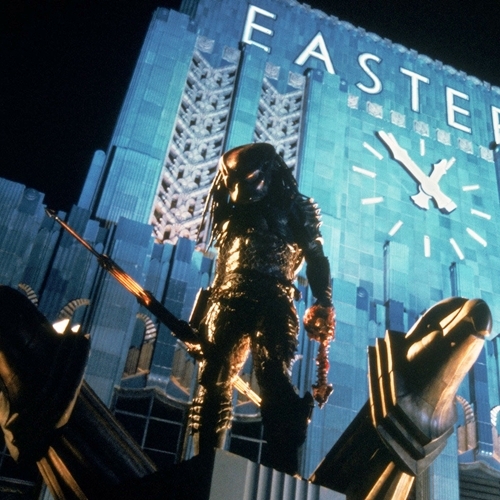 Predator 2 has the largest number of actors of any film in the Alien, Predator and Alien vs. Predator franchises, with a total of 55 cast members.

It is also the only film in the entire franchise to give the ‘monster’ top billing above all the lead actors playing human roles.

Inexplicably, filmmakers thought it would be a good idea to create a short, unofficial Predator-based music video once shooting had wrapped.

The two-minute video, which features the film’s star Danny Glover busting some moves alongside some of his alien co-stars, is currently available to watch on YouTube.

1. It’s now regarded as something of a cult classic 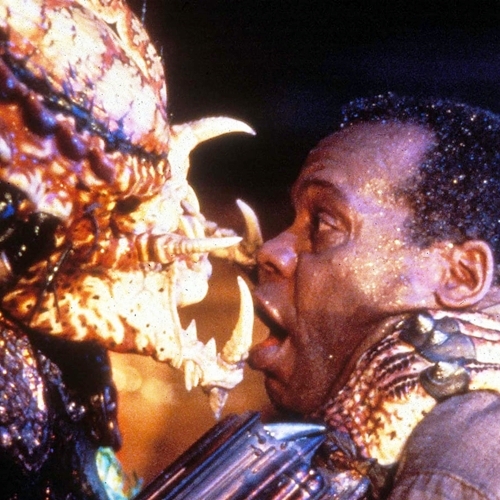 Predator 2 received negative reviews from the majority of film critics after its release in November 1990, with The New York Times writing that in their opinion it was “an unbeatable contender for the most mindless, mean-spirited action film of the holiday season.”

This negativity affected its box office return, with the film bringing in a modest $57 million compared to its predecessor’s $98 million. Time has been favourable to Predator 2, however, and the film is now regarded as something of a cult classic.