Remember Fabio Lanzoni? Here’s What He Looks Like Now!

How many people have attained worldwide fame primarily off the back of appearing on the covers of countless paperback romance novels? Surely nobody fits that bill except the one and only Fabio – or, to refer to him by his full name, Fabio Lanzoni.

The 80s and 90s saw Fabio shoot to celebrity status as a male model, thanks to his classic good looks, statuesque physique and of course his flowing, platinum blond hair. All these years later, Fabio remains so iconic that he’s served as the clear inspiration behind Channing Tatum’s role in upcoming comedy adventure movie The Lost City. 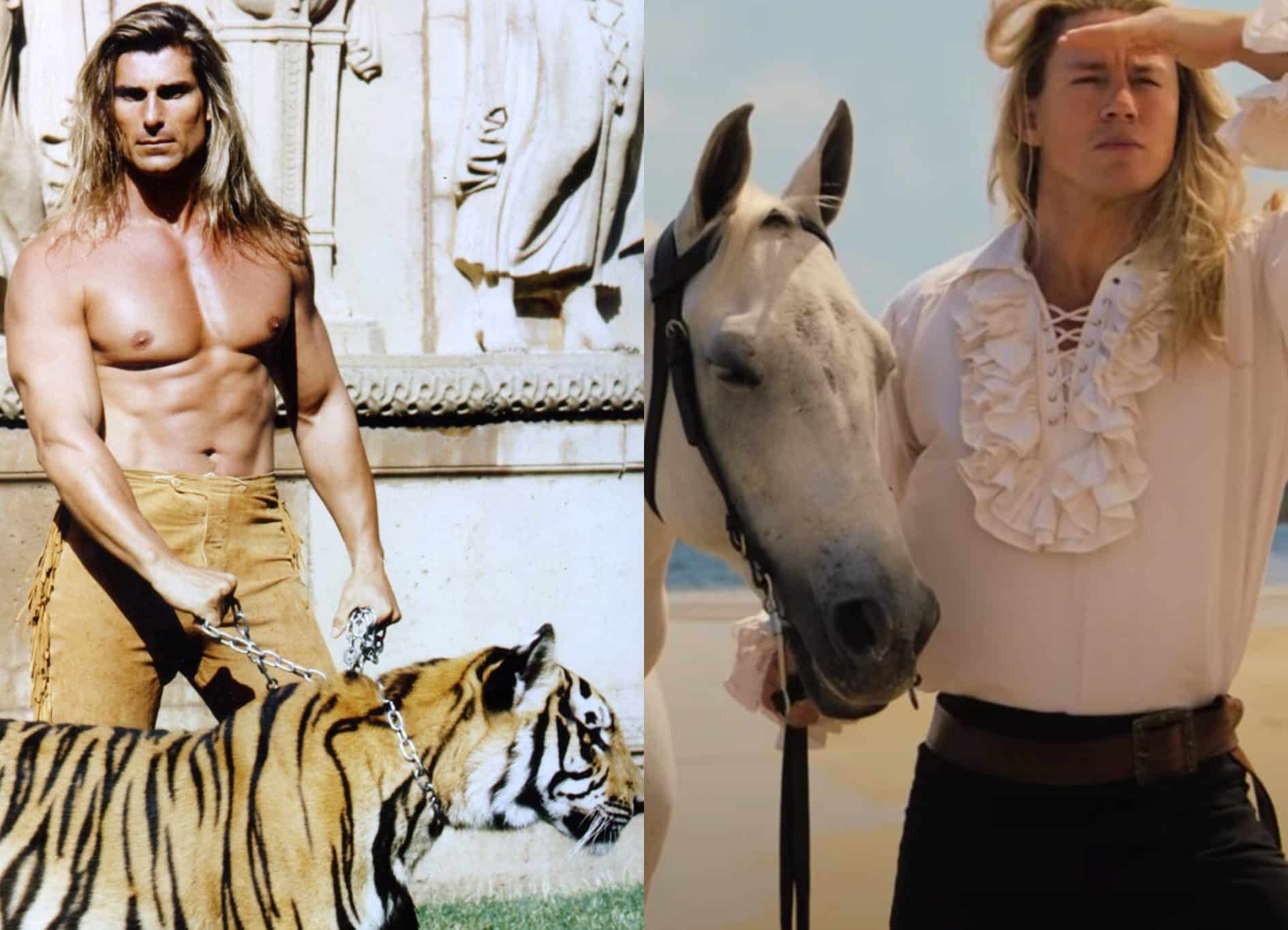 Born in Milan, Italy on March 15, 1959, Fabio got into modelling early. Aged just 14, he was spotted by a photographer whilst working out, and soon his career was underway.

Hoping to take things further, Fabio headed to the US in the early 80s, and was soon landing big contracts as a catalogue model and appearing in ads for The Gap. 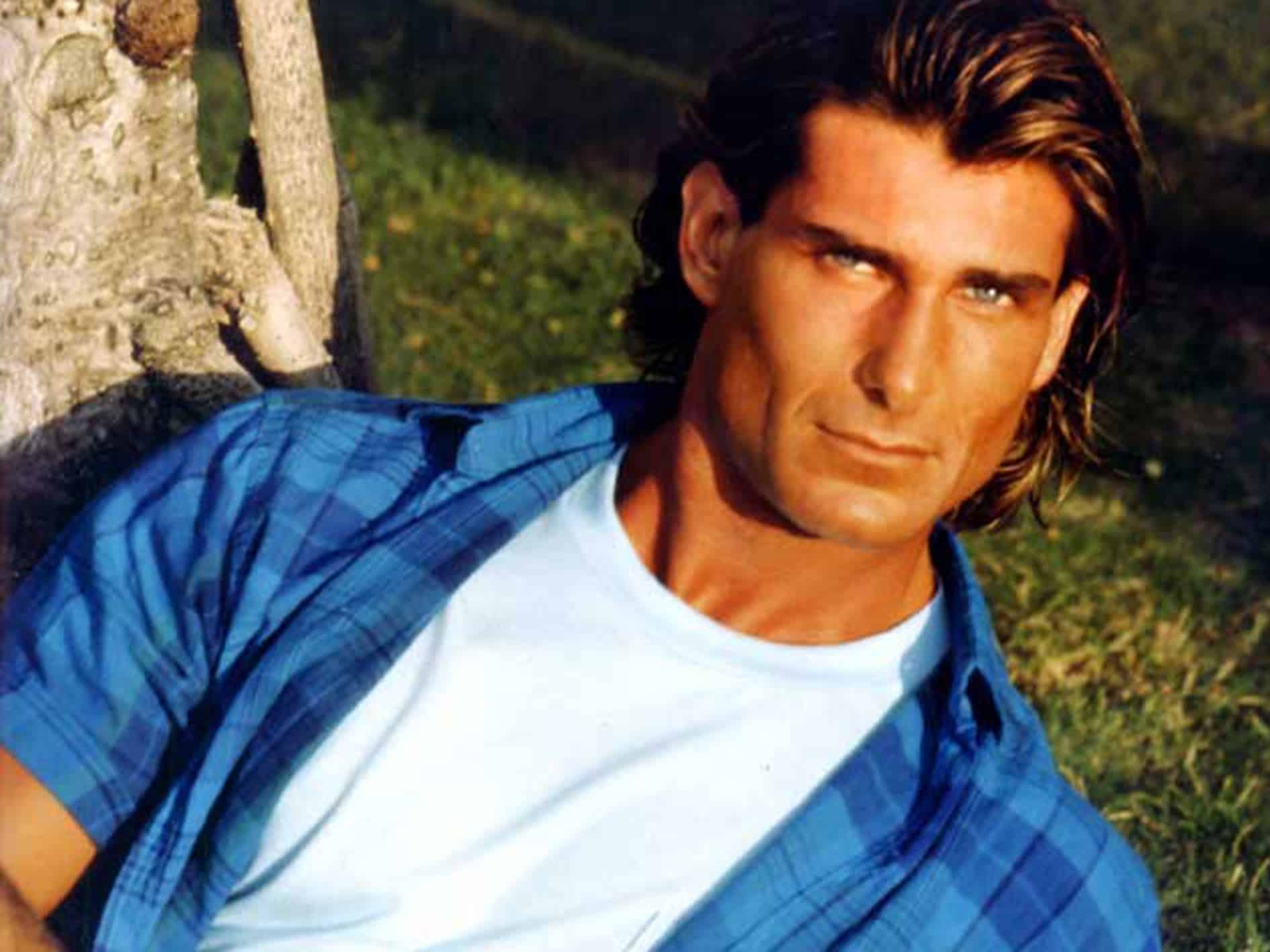 Much to his surprise, Fabio found his greatest fame posing for the cover art of romance novels. After doing a number of photoshoots for these, the model heard nothing more and thought that would be the end of it – but he was mistaken.

Fabio recalls he was in a Miami nightclub in 1987, when “these three girls come over and say, ‘You look exactly like the guy on our books!’… I said, ‘That’s a good pickup line.'”

The women proceeded to rush out of the club, then returned with the novels in question in hand; on seeing the covers, “I go like, ‘Oh my God, that’s me.’ It was the first time I saw myself on the cover of the books.” 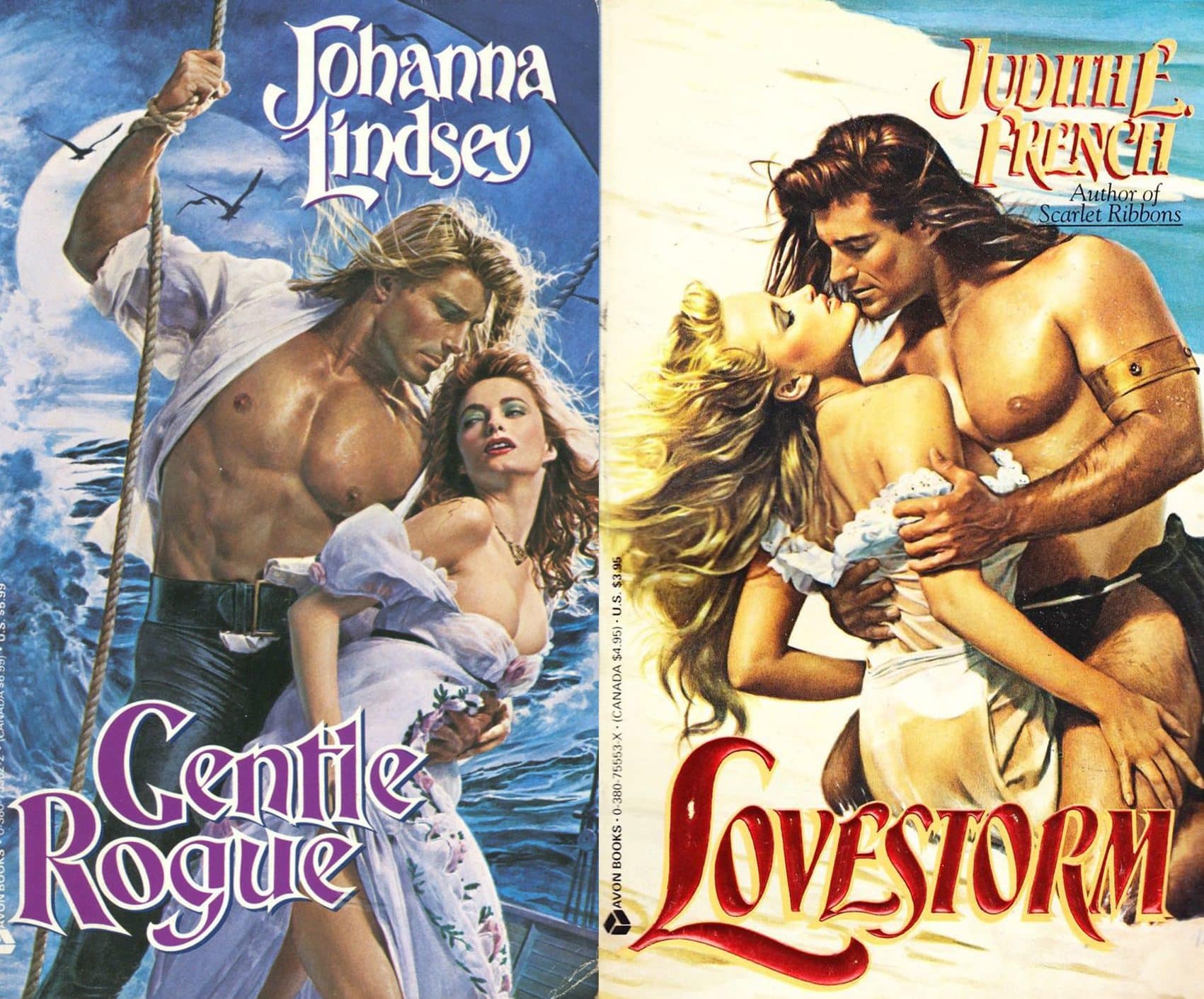 In the years that followed, Fabio’s image would appear on the cover of hundreds more romance novels, typically with his shirt drifting open and his hair blowing gently in the breeze whilst he embraces a swooning heroine.

With a reported 462 such books to his name, Fabio held the record for highest number of romance novel covers featuring a male model for many years (until he was overtaken in 2017 by Jason Aaron Baca, who has appeared on more than 500).

At the height of his fame, Fabio signed a contract with Versace which he claims was “the biggest contract a model – not just a male model, a model – ever got.” 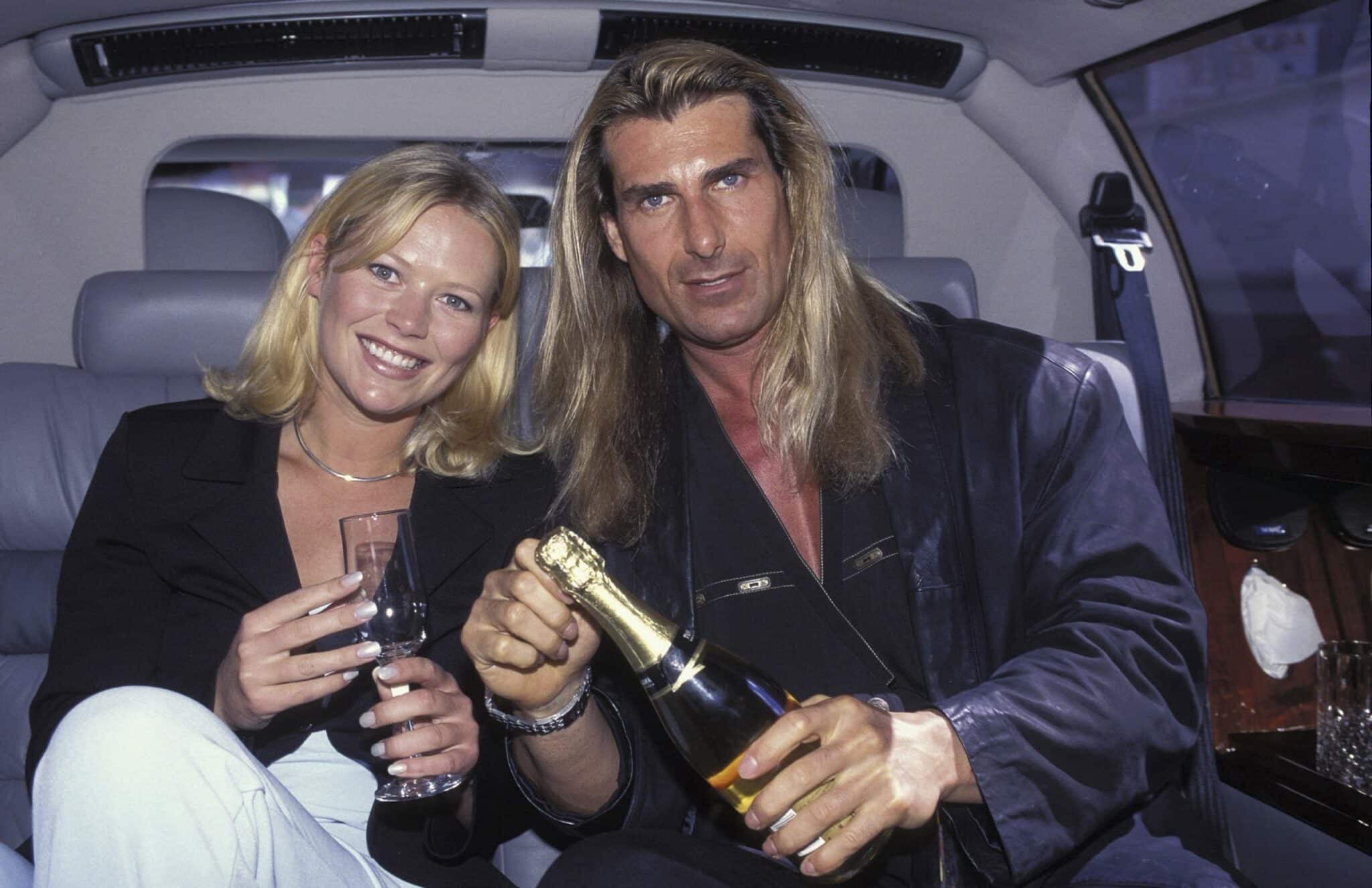 Fabio claims the deal he got was “even bigger than Cindy Crawford and the rest of the female models” – although years later, the model said that Versace still owed him $1 million.

Unlike some male models, Fabio always had a sense of humour about his image, and had no qualms about gently sending himself up – such as when he became the perhaps unlikely face of I Can’t Believe It’s Not Butter.

He clocked up no shortage of acting credits, usually playing himself. These included TV’s Roseanne and The Bold and the Beautiful, and such movies as Death Becomes Her, Dude, Where’s My Car? and Zoolander. 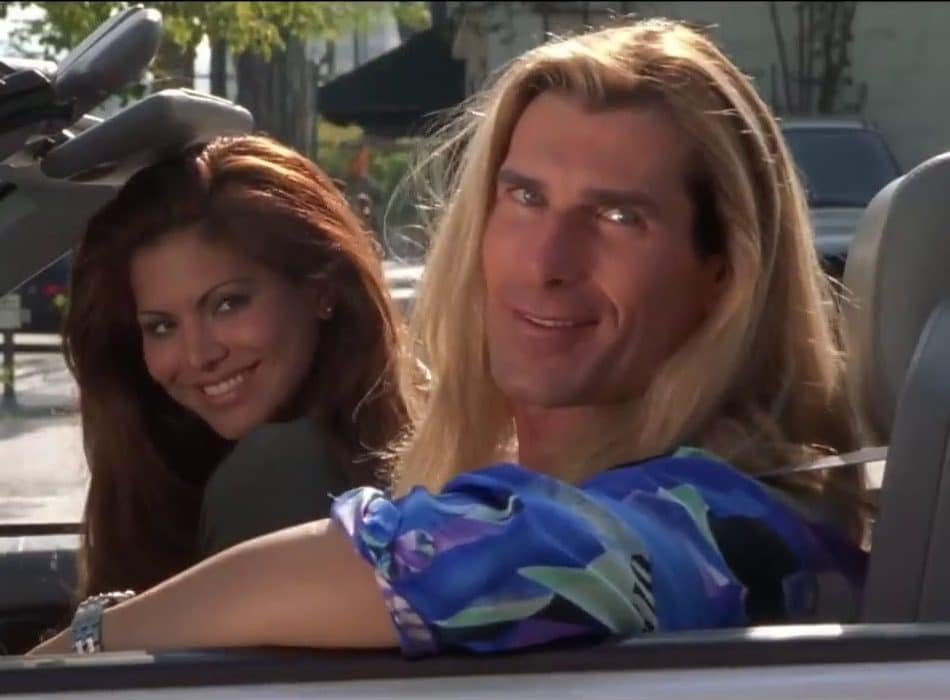 Through it all, the romance novels continued. Fabio even released a series of novels under his own name (although he freely admits they were ghost-written), as well as a workout video and a spoken-word CD, Fabio After Dark.

On top of all this, there are no shortage of eye-opening headlines to feature the world-famous hunk, not least his recent admission that he sleeps in a hyperbaric chamber, as he believes this “reverses the ageing process.”

Few incidents from Fabio’s history have been quite so alarming, however, as the moment when he suffered a gruesome collision involving a goose whilst riding a rollercoaster. 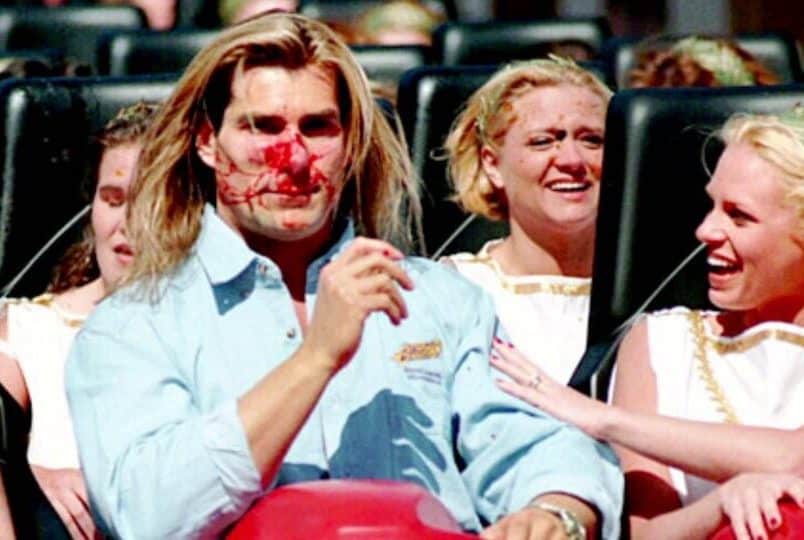 In 1999, Fabio made a personal appearance at Busch Gardens theme park in Virginia. Here, he sat at the front on the very first ride of the park’s newest rollercoaster – which hit a goose mid-flight at high speed, spattering the male model with blood.

Because this incident happened on March 31st, many assumed it was an April Fool’s gag when it made headlines the next day, but Fabio insists it was very real – although he has disputed the official version of the story that made the headlines. 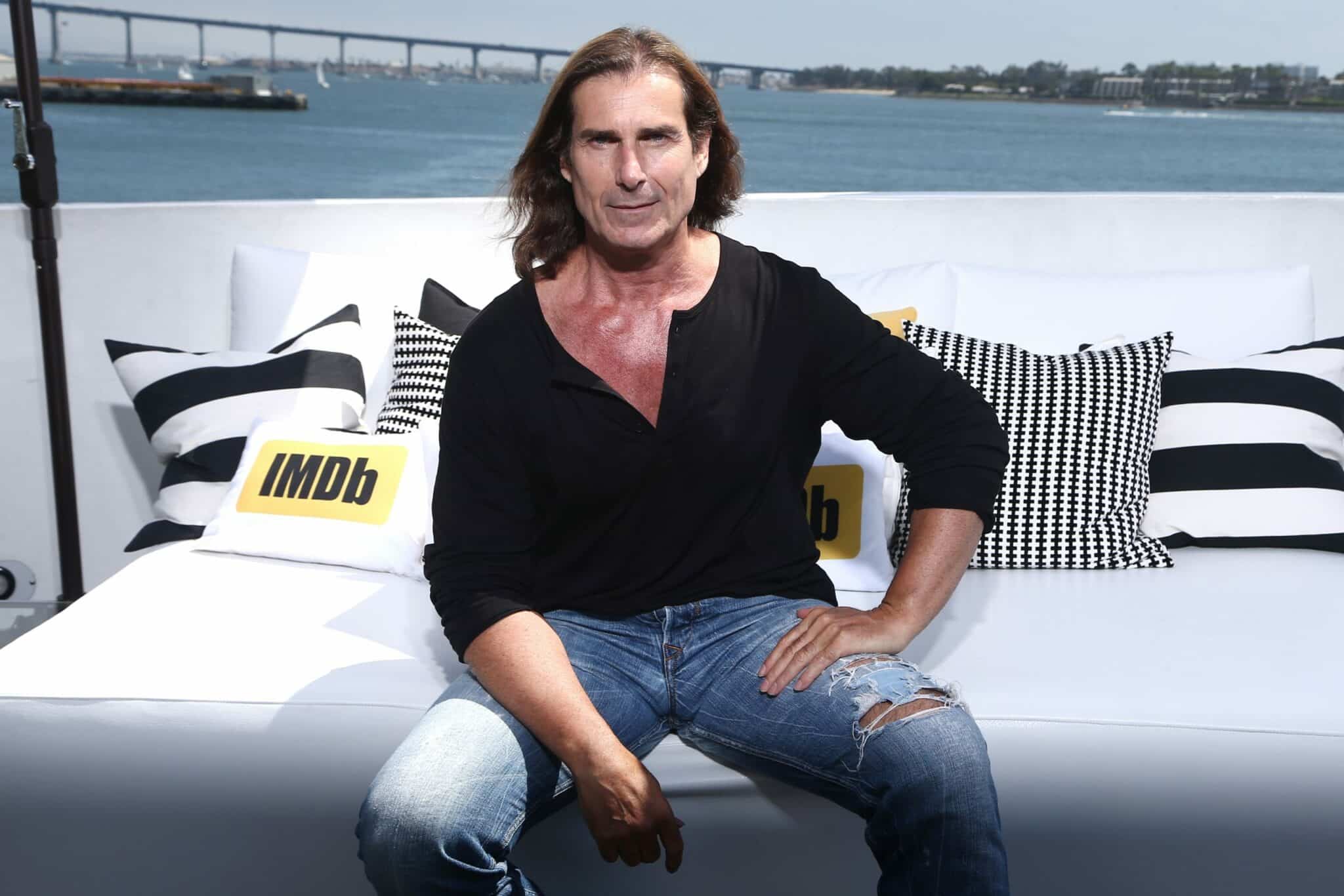 Now aged 63, Fabio Lanzoni is largely retired as a model, and appears to live every bit as glamorous a lifestyle as you might imagine, with mansions and sports cars galore.

He remains as body-conscious as ever, still maintaining his buff body with regular intensive workouts and a strict diet that includes no alcohol or sugar. He even still has his lush head of hair, albeit without the bleached highlights of yesteryear. 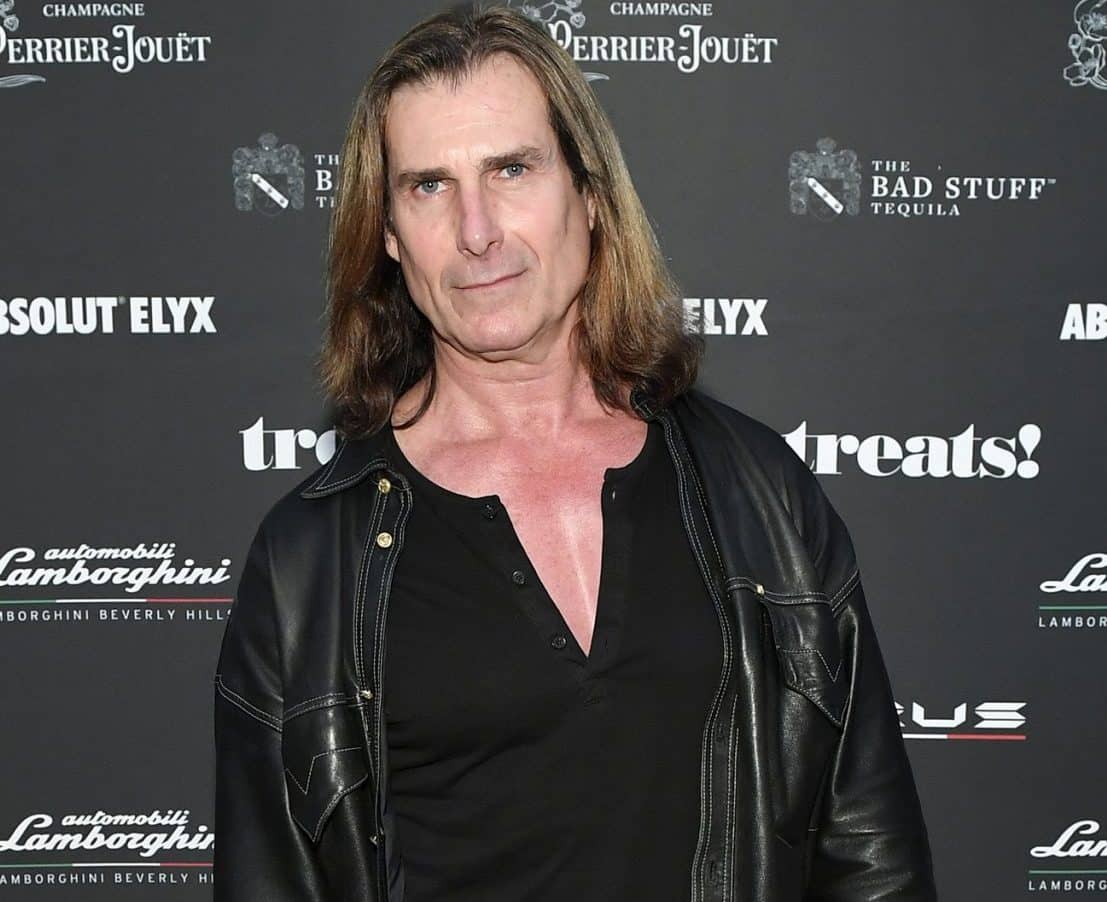 Despite all this, it may surprise you to learn that Fabio remains a bachelor. He’s never married, nor does he have any kids. The model says he only found true love once back in the early days of his career, but “I treated her badly… She wanted to settle down, and I was just too wild.”

Ever the romantic, Fabio still holdS out hope to find the one, and believes “when you really love a person, it’s forever.” Fine words, which certainly wouldn’t be out of place on the cover of a paperback, right alongside his chiseled face and torso and his billowing golden locks.