1992’s Passenger 57 was the movie that established Wesley Snipes as one of the premier action stars of the 90s. The Florida-born actor had been working his way up in the movie business for several years, clocking up some respectable credits in a wide variety of movies.

However, after Passenger 57, Snipes would always be thought of first and foremost as a big screen tough guy par excellence, most famously as the villain of Demolition Man, and the title character in the Blade trilogy.

Here are some interesting facts about the movie that taught us to “always bet on black!”

10. It was the brainchild of the guy who made Mac and Me 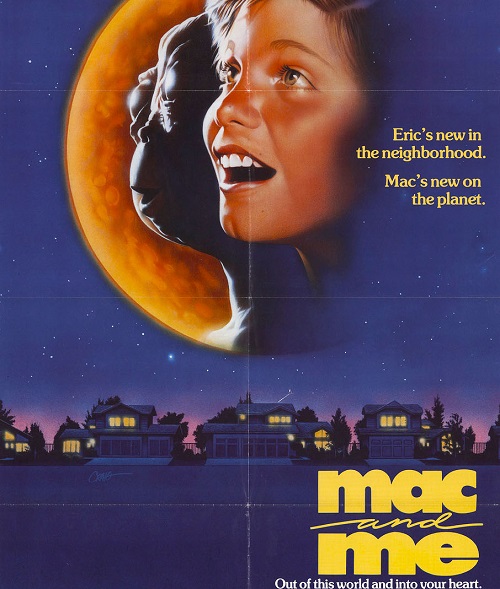 Passenger 57 may have been a full-on mainstream hit, but it was dreamed up by a filmmaker of less-than blockbuster pedigree: Stewart Raffill, writer-director of 1988’s Mac and Me, the notorious bargain basement E.T. rip-off and thinly veiled McDonald’s commercial.

Raffill (whose other ‘hits’ include Mannequin on the Move and Tammy and the T-Rex) wrote the original script for Passenger 57, although it was very heavily rewritten before hitting screens. 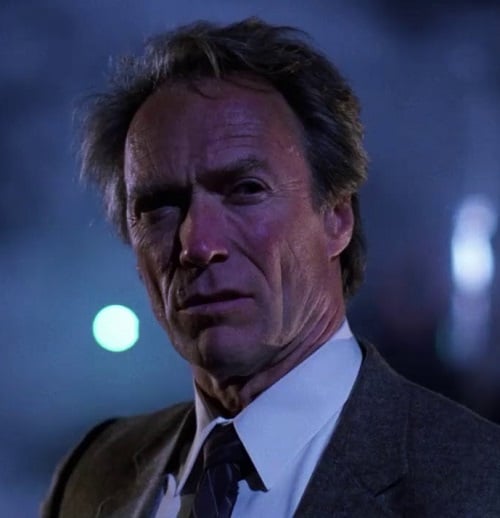 The movie we know and love sees Wesley Snipes’ ex-secret service agent John Cutter do battle with dastardly English villains led by Charles Rayne (Bruce Payne), but the original script was quite different. Firstly, it was written with Clint Eastwood in mind for the lead.

The original script would have seen Eastwood play a passenger whose plane is hijacked by Iranian terrorists. According to writer Stewart Raffill, the head of Warner Bros said, “If I make that movie, they’ll blow up the theaters.”

8. Sylvester Stallone, Eddie Murphy and Denzel Washington were considered for the lead 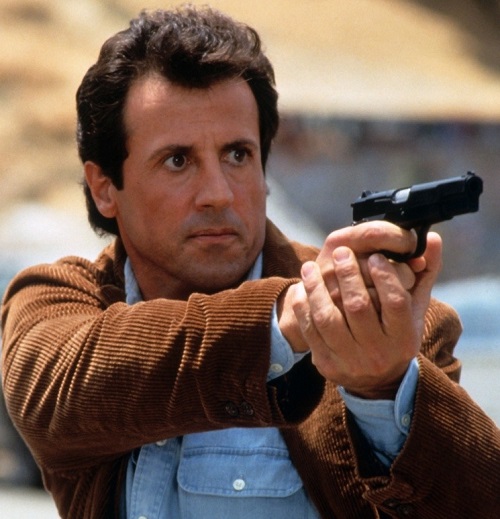 Whilst rewrites were underway on Passenger 57, the project was offered to Sylvester Stallone, who passed. (Maybe not the best move, as 1992 saw him instead star in Stop! or My Mom Will Shoot.)

Around that time, it was decided the Passenger 57 script would be reworked specifically for a black actor. Before Wesley Snipes finally landed the role, Eddie Murphy and Denzel Washington were also in the running. 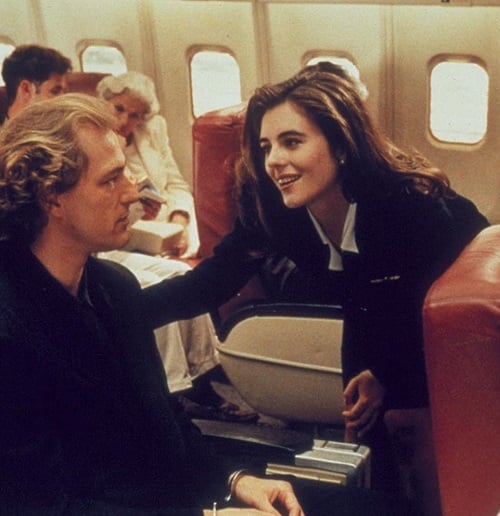 Elizabeth Hurley has a supporting role in Passenger 57 as Sabrina Ritchie, the flight attendant who turns out to be one of the terrorists. This was the English actress’s first US film role, and helped raise her profile significantly.

However, Hurley wouldn’t achieve true stardom until appearing on the arm of then-boyfriend Hugh Grant in a notoriously revealing dress at the premiere of 1994’s Four Weddings and a Funeral.

6. Snipes did most of his own stunts 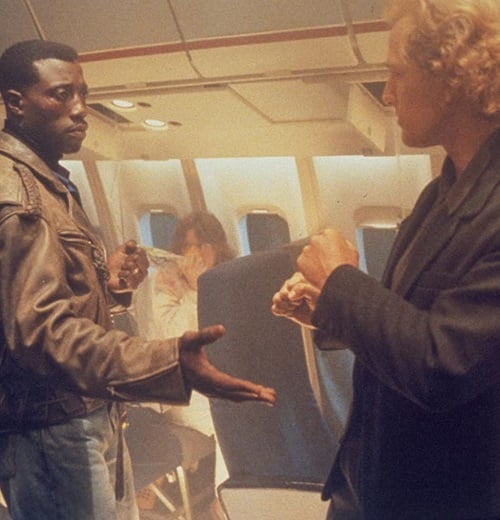 A big part of why Passenger 57 helped establish Wesley Snipes as an action star was the actor’s willingness to throw himself into the action. Snipes did a lot of his own stunts, including motorcycle riding.

It was also at the insistence of Snipes, co-star Bruce Payne and director Kevin Hooks that the actors performed the final fight themselves with no doubles, which the studio was nervous about. 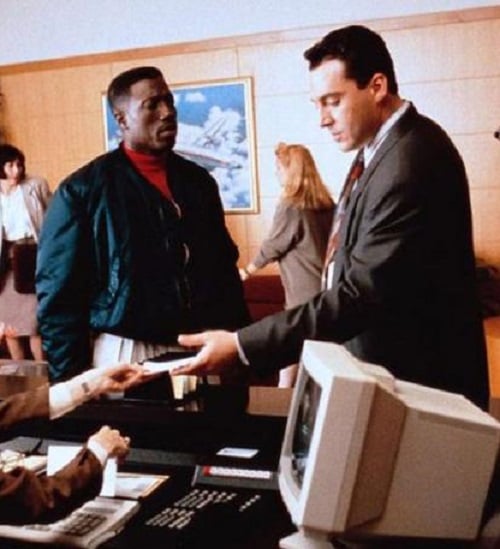 Tom Sizemore co-stars in Passenger 57 as Sly Delvecchio, an old friend of Snipes’ John Cutter. This role was originally offered to Michael Madsen, who turned it down.

Madsen and Sizemore are both closely associated with Quentin Tarantino: Madsen had just made Reservoir Dogs and would later appear in Kill Bill, whilst Sizemore went on to take roles in the Tarantino-scripted True Romance and Natural Born Killers.

4. The grounded sequences were shot at a real airport in between landings and take-offs 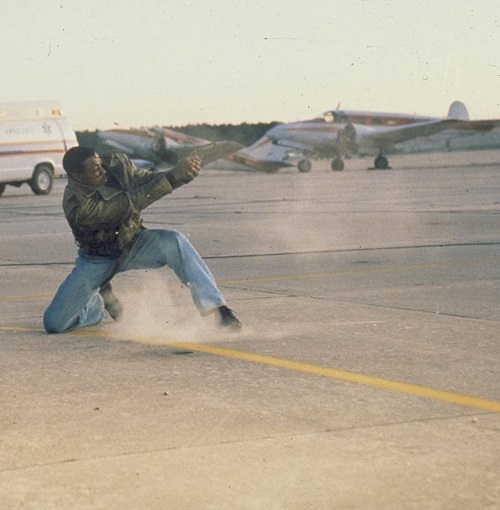 While the ground-level scenes of Passenger 57 are largely set in Louisiana, these sequences were in fact shot in Orlando, Florida. The filmmakers had originally planned to shoot at Orlando International Airport, but the airport’s busy schedule could not accommodate this.

Instead, the airport sequences were filmed at the smaller Orlando-Sanford International Airport, where they had use of the facility’s 8,000-foot runway in between scheduled commercial landings and take-offs.

3. Snipes gave students of his former high school roles as extras in the film 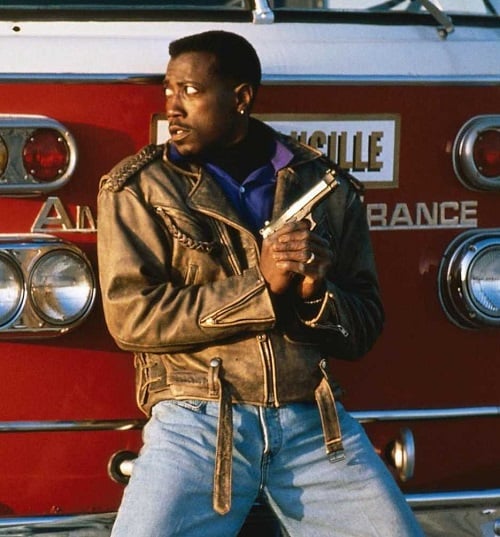 As some scenes in Passenger 57 were shot in Orlando, Florida where Snipes grew up, the actor took the opportunity to give something back to the kids at his old high school.

Snipes made a personal appearance at the school, offering paid extra work to students with high-grade point averages. The qualifying kids can be seen in the background of the carnival sequence.

2. It made Wesley Snipes an action superstar 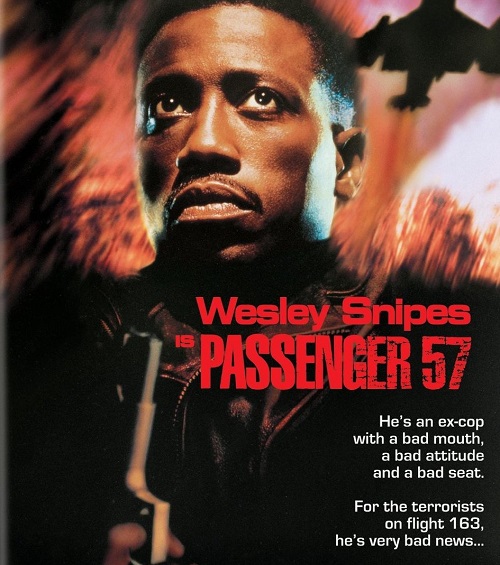 Still, the popular impact of Passenger 57 is most apparent in the opening scene of 1995’s Bad Boys, when Martin Lawrence yells “Wesley Snipes, Passenger 57!” after kicking a criminal between the legs.

1. Its most famous dialogue exchange was quoted in The Lego Batman Movie

Surely the most famous scene in Passenger 57 comes when Snipes’ Cutter says to Bruce Payne’s Charles Rane, “Charlie, ever played roulette? …well, let me give you a word of advice. Always bet on black!”

25 years later, these lines were repeated almost verbatim in 2017’s The Lego Batman Movie, as a disguised Batman gives the Joker that same advice when revealing himself to be the Dark Knight.