11 Facts You Probably Never Knew About Four Weddings And A Funeral!

1. Hugh Grant had to learn sign language for the role 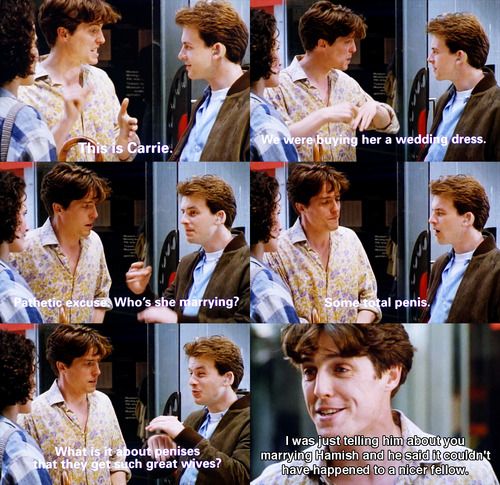 For the scenes with his on-screen brother, played by deaf actor David Bower, Hugh Grant had to learn sign language to allow him to play his part accurately.

2. Hugh Grant showed a video of himself as best man at his brother’s wedding in his audition 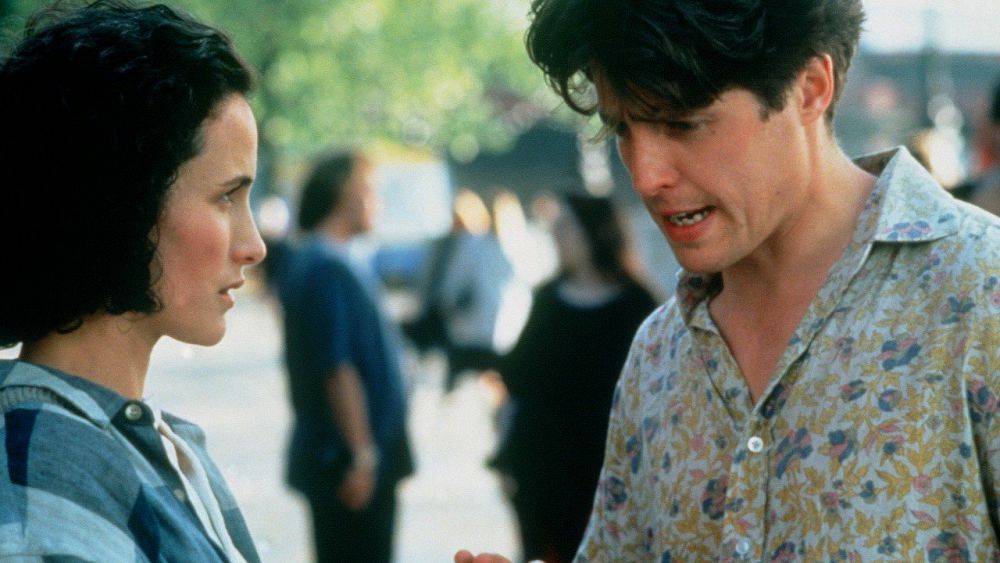 When taking part in his audition, High Grant took a video of when he was best man at his brother’s wedding which immediately impressed the film-makers.

3. Andie MacDowell waived her fee for a percentage of the film’s profits – and made a fortune 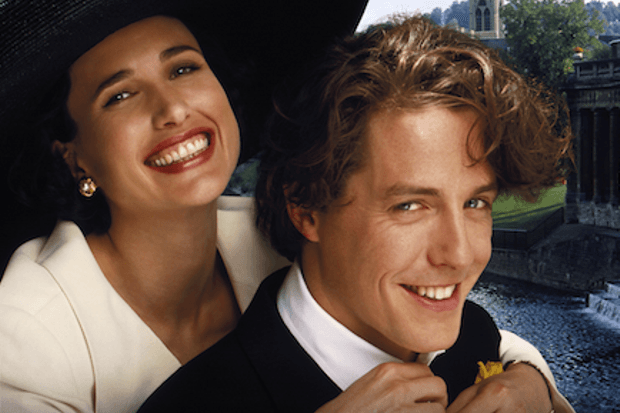 When taking her role in the film, Andie MacDowell decided to waive her fee, instead asking for percentage points. This eventually got her $2 million compared to Hugh Grant’s $100,000!

4. Kristin Scott Thomas dubbed her character in the French version of the film herself 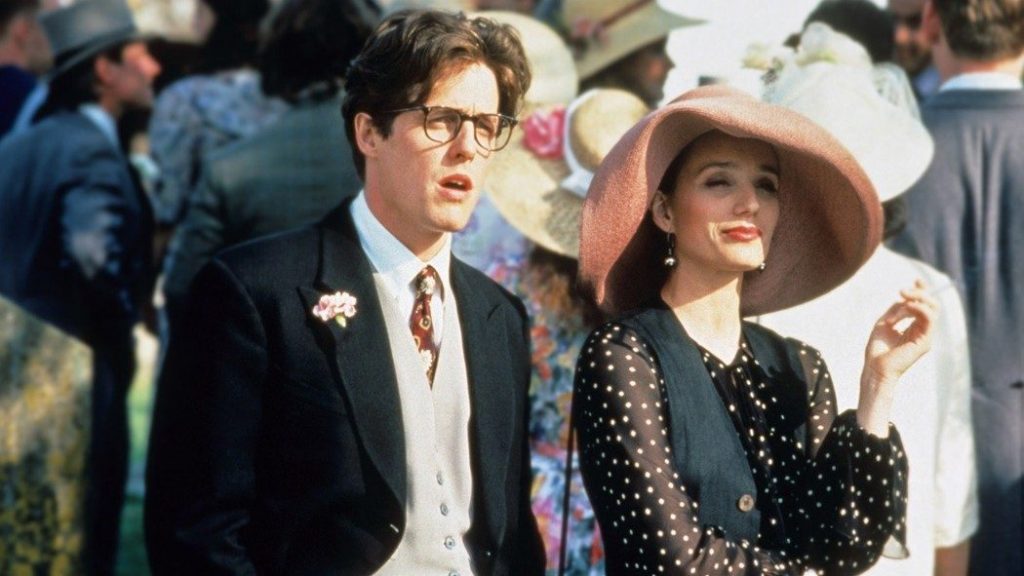 When dubbing the French version of the film, Kristin Scott Thomas did the voice-over for her own role as she is fluent in French herself.

5. Carrie has been voted one of the most annoying characters of all time 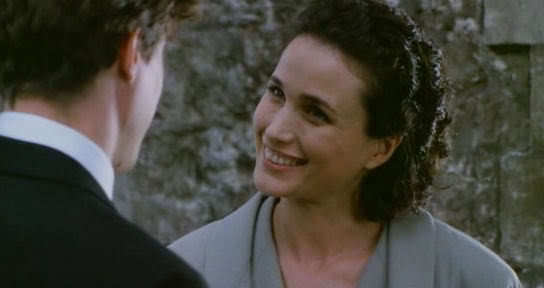 The character of Carrie, played by Andie MacDowell, has been voted one of the most annoying characters of all time in an online British poll.

Some films take months to make, but Four Weddings and a Funeral was filmed start to finish in just 35 days!

7. Richard Curtis wrote the film after he went to 72 weddings in ten years 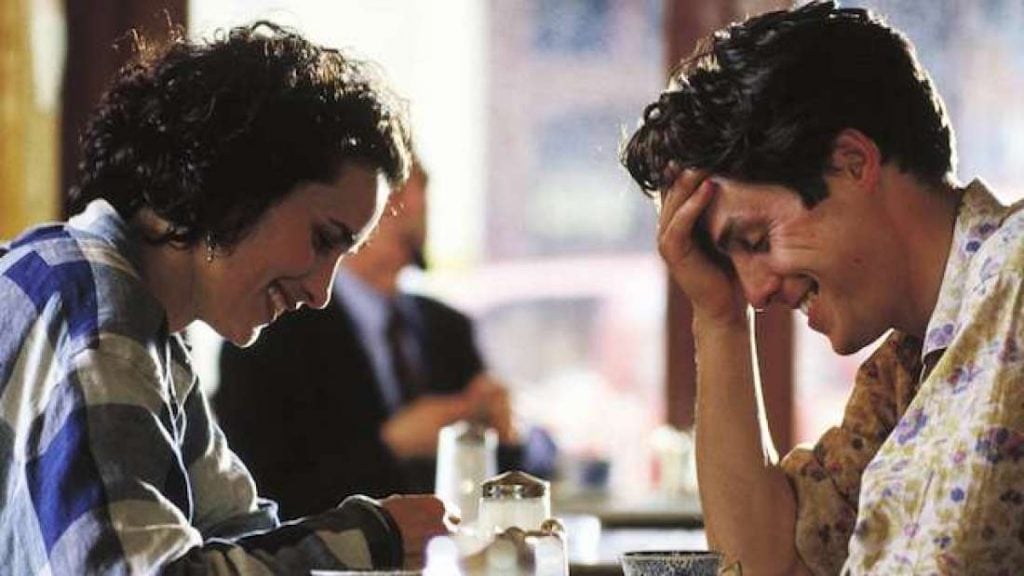 After looking back at the fact that he had been to 72 weddings in 10 years, Richard Curtis found his inspiration for this hit movie!

8. It’s Rowan Atkinson’s favourite film of his own 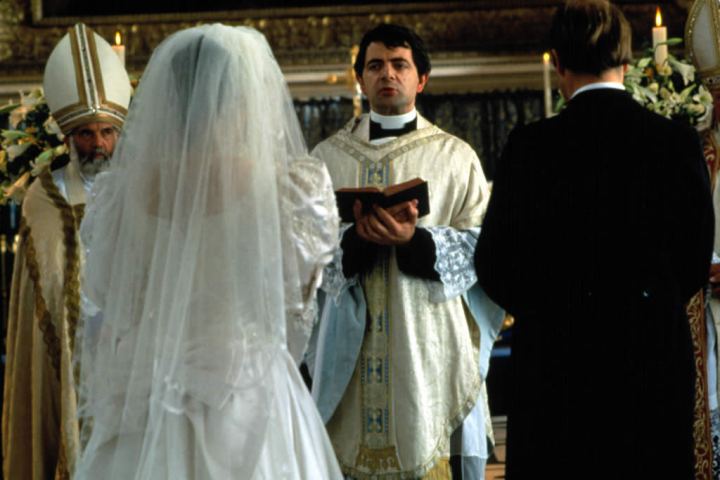 Out of all the films he has made, this is Rowan Atkinson’s personal favourite that he has appeared in, beating the Bean and Johnny English films!

9. The film’s budget was so small the extras had to wear their own clothes in some scenes 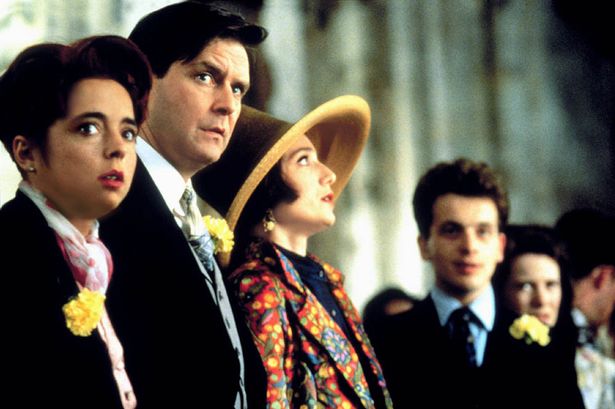 Four Weddings and a Funeral was given such a small budget that the Scottish wedding couldn’t be filmed in Scotland and many extras had to wear their own suits to the “weddings”.

10. It was the first British film to reach number one in the US since 1988’s A Fish Called Wanda

This was the first British film to hit the top of the American box office charts since 1988’s A Fish Called Wanda managed the same achievement.

11. Alan Rickman was the first choice to play Charles

For the role of Charles, Richard Curtis was desperate to cast Alan Rickman and fought to do so, but it was felt he was simply too old for the part, paving the way for Hugh Grant to be cast in the leading role!

Are you a fan of Four Weddings and a Funeral? How does it compare to modern rom-coms? Is it nice to have a film with a more innocent heart and sense of humour compared to what we see in the cinemas these days? Let us know all your thoughts in the comments as always!