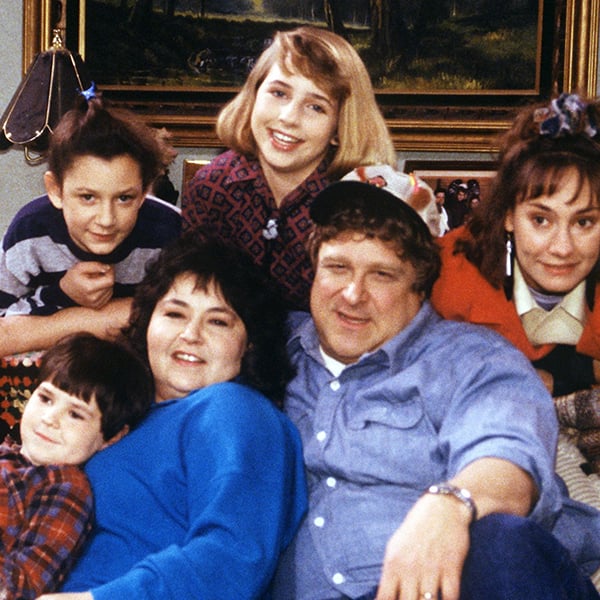 After Roseanne Barr rose to fame in the 80s as a stand-up comedian, a sitcom was the next logical step. Declining the role of Peg Bundy in Married… with Children, Barr instead took the title role in a series named after herself, premiering in 1988.

Unashamedly working class, the world presented in Roseanne was lightyears from the implausibly idyllic lifestyles portrayed in many 80s sitcoms. The show was bold in tackling topics other sitcoms would steer clear of, including the family’s financial instability, and the problems of adolescence facing Becky and Darlene. The show also featured a number of prominent gay characters, which was very rare for TV at the time.

Roseanne is also notable for launching a few future superstars. John Goodman got his big break on the show, George Clooney had a recurring role in the first season and future Avengers director Joss Whedon was part of the writing staff. The show also has some links with The Big Bang Theory: Johnny Galecki co-starred in Roseanne as Darlene’s boyfriend David, whilst Sara Gilbert and Laurie Metcalf would later have recurring guest roles on The Big Bang Theory.

Roseanne initially ran from 1988 to 1997. The show was then revived in March 2018, but Barr was fired after one season following a series of racist remarks the actress made on Twitter. The series resumed without her in October 2018, retitled The Conners.

The Real Life Partners Of The Roseanne Cast

10 Fantastic Facts About Roseanne That You Probably Didn’t Know!

Do You Remember Darlene From Roseanne? You Have To See Her Now!