The 80s had a lot going for it. From neon leg warmers to bouffant perms, there really was something for everyone. But perhaps the highlight of the decade were the films and TV shows we enjoyed, and the chemistry of the on-screen couples therein.

The 80s brought us some of the most iconic on-screen couples of all time, many of which will be remembered for years to come. Below is a list of our favourite on-screen 80s couples.

Despite their differences, the relationship between Carl and Harriette is one of the highlights of Family Matters, demonstrating that sometimes opposites really do attract.

Whilst Harriette is decidedly strong-willed and Carl is in a seemingly constant state of irritation, the pair bring out the best in one another, and are a testament to the value of open communication.

The connection between Footloose’s Ren and Ariel is undeniable, and they are the very definition of love’s young dream: sticking together through thick and thin.

Ren is the town rebel, ready to fight for any cause he deems worthy, and is relatively wild in comparison to Ariel. Nonetheless, the pair form an unlikely bond and quickly became one of the most iconic on-screen couples of the 80s.

8. Andie and Blane – Pretty in Pink

Andie (Molly Ringwald) is a working-class, thrifty school girl from “the wrong side of the tracks” who falls in love with Blane (Andrew McCarthy), the wealthy boy of her dreams.

The pair manage to overcome the social stigma that divides them, and are clearly infatuated with one another, the chemistry between the pair undeniable.

7. Princess Leia and Han Solo – The Empire Strikes Back

The Empire Strikes Back isn’t the first film you would think of watching when you’re in the mood for romance, but the relationship between Princess Leia and Han Solo is grounded in reality yet oddly pure.

The pair have their differences, and are certainly prone to the odd argument. Despite this, the unlikely duo reflect the realities of a modern day relationship; and underneath the bickering, true love and dedication prevail.

Their love for one another is undeniable, and the pair remain one of the cutest couples in TV history, their bond only strengthened through raising their three (later four) children together. 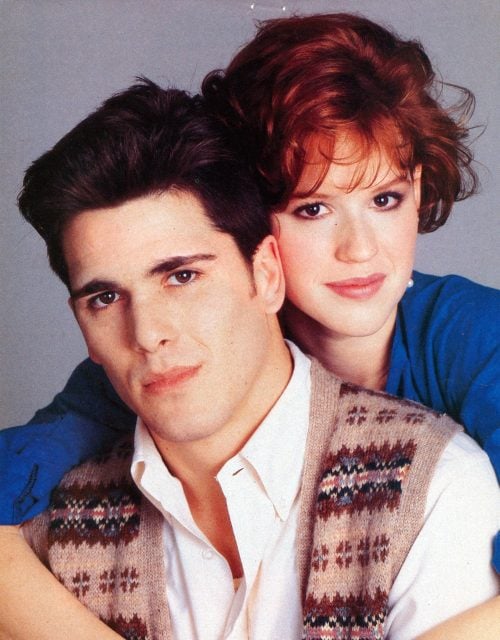 Yet another teen romance conceived by John Hughes, teenage viewers across the world found solace in the relationship that developed between Samantha and Jake in 1984’s Sixteen Candles.

The pair form the epitome of a teen romance, complete with intense awkwardness, teenage angst and unexpressed longing. Together, Samantha and Jake figure out just what it means to be in love, entertaining us all in the process.

Who’s the Boss? is one of the most memorable 80s sitcoms, and it just wouldn’t be the same without Tony and Angela. In a reversal of standard gender roles, Tony starts off working as a housekeeper for astute businesswoman Angela.

A romantic relationship soon develops between the pair, and the couple broke the mould for a typical 80s relationship, a romance truly ahead of its time.

Dan and Roseanne weren’t exactly love’s young dream, but they had something else going for them: humour.

Dan is a typical downtrodden husband who gives into his wife’s every whim for an easy life, but their contrasting personalities only contributes to their relationship. Dan and Roseanne balance one another out to form a dream team to rival any sitcom couple.

Played by Patrick Swayze and Jennifer Grey, Johnny and Baby’s is a textbook “forbidden romance”, with the pair forming an unlikely bond despite their class differences.

The chemistry between the couple is undeniable, and they embark on one of the most celebrated movie romances of all time.

1. Bender and Claire – The Breakfast Club

This Breakfast Club pair make somewhat of an odd couple, considering Bender is somewhat full-on from the outset, but his focus on Claire surely proves his attraction to her, however reluctant she initially may be.

In a room full of oddballs, Bender and Claire come together, overcoming their differences and proving that attraction defies any laws of convention.