Daughter of Oscar-winning actor and dancer Joel Grey (of Bob Fosse’s 1972 musical Cabaret), American actress Jennifer Grey was seemingly destined for stardom. Grey was just 26 years old when she was cast to play Frances ‘Baby’ Houseman in Dirty Dancing, a role that would make her a star – albeit briefly.

Grey will always be remembered for playing Baby, and of course the jealous Jeanie in Ferris Bueller’s Day Off. Grey’s life and movie career since the 80s, however, has been far less-documented, with her beginnings remaining similarly little-known to most. 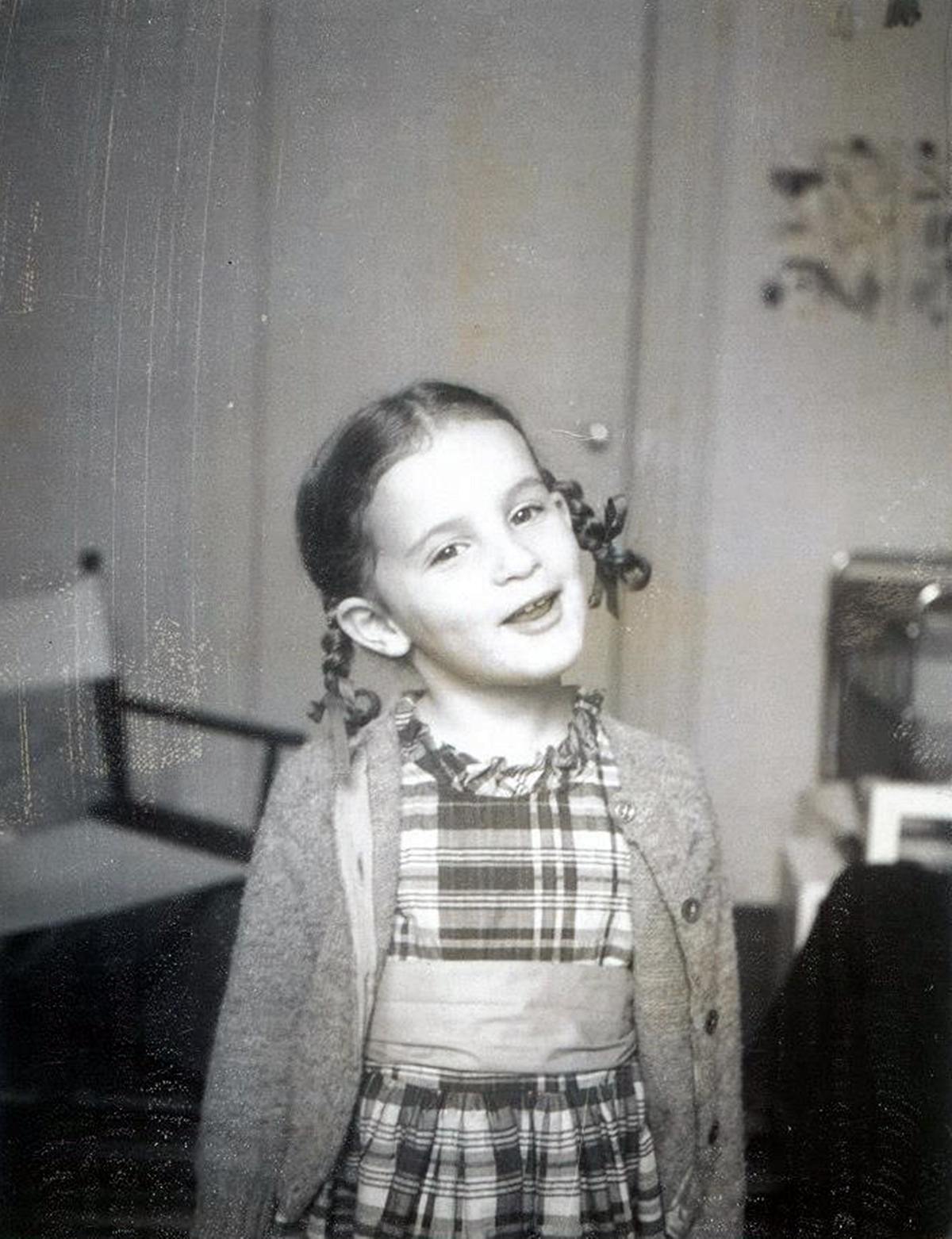 Jennifer Grey was born to dance

Born and raised in New York City into a creative Jewish family – as well as having an Oscar-winning father, her mother was the American actress and singer Jo Wilder (born 1938), while her paternal grandfather was musician and comedian Mickey Katz (born 1909) – Jennifer Grey was almost inevitably set for a career in the arts.

With her father also a trained dancer, Jennifer Grey studied dance as a child in New York. Training as an actress followed, at the Dalton School in Manhattan.

After graduating from Dalton in 1978, Grey continued her acting training at Manhattan’s Neighborhood Playhouse School of the Theatre, whilst also working as a waitress to support herself.

Though she would graduate from the Neighbourhood Playhouse in 1980, Grey got her first acting job before she even finished her studies: a cameo in Dr Pepper’s 1979 I’m a Pepper commercial (you can see a 19-year-old Grey around the 18-second mark in the video below).

Jennifer Grey began her big-screen career not long after her humble beginning as soft drinks saleswoman, bagging her debut film role at the young age of 23 in 1984 romantic drama Reckless.

Her early Reckless role was small, but she would graduate to progressively larger roles in other 1984 films The Cotton Club and, what most would see as her initial career-making film appearance, as Toni in dystopian teen hit Red Dawn.

In the latter, she starred alongside Patrick Swayze for the first time, where the pair apparently clashed – and not for the last time. Grey and Swayze had a fraught relationship, and in their next film together, Dirty Dancing, either could storm off set at any moment due to their clashing personalities. They may have enjoyed a great movie romance, but in reality there was no love lost between Swayze and Grey.

As ‘Baby’ in Dirty Dancing, she clashed with co-star Patrick Swayze 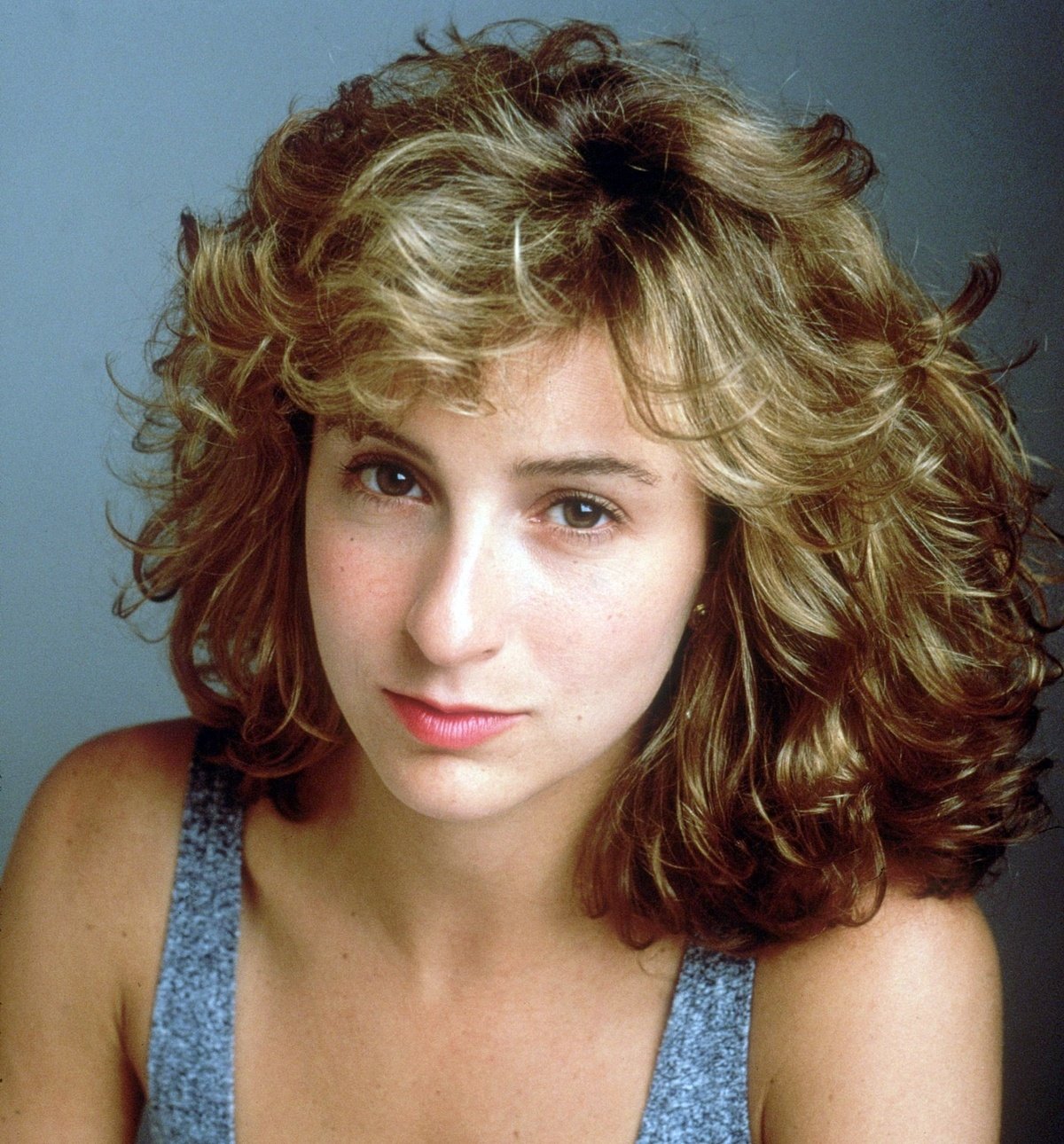 Apart from this comedy, however, Jennifer Grey will of course always be remembered for what came next: her role in the classic 1987 romantic drama Dirty Dancing.

Though she would later receive a nomination for a Golden Globe for Best Actress for playing Frances ‘Baby’ Houseman (her only award nomination), Jennifer Grey was initially not happy about Swayze being cast alongside her – given their acrimonious relationship on their earlier film – however, the dance tests they performed together in New York proved to be so good that she accepted the choice.

Sadly, the initial cooperation between the two soon faded, and reports suggested that they were often ‘facing off’ before filming a scene after a series of arguments. 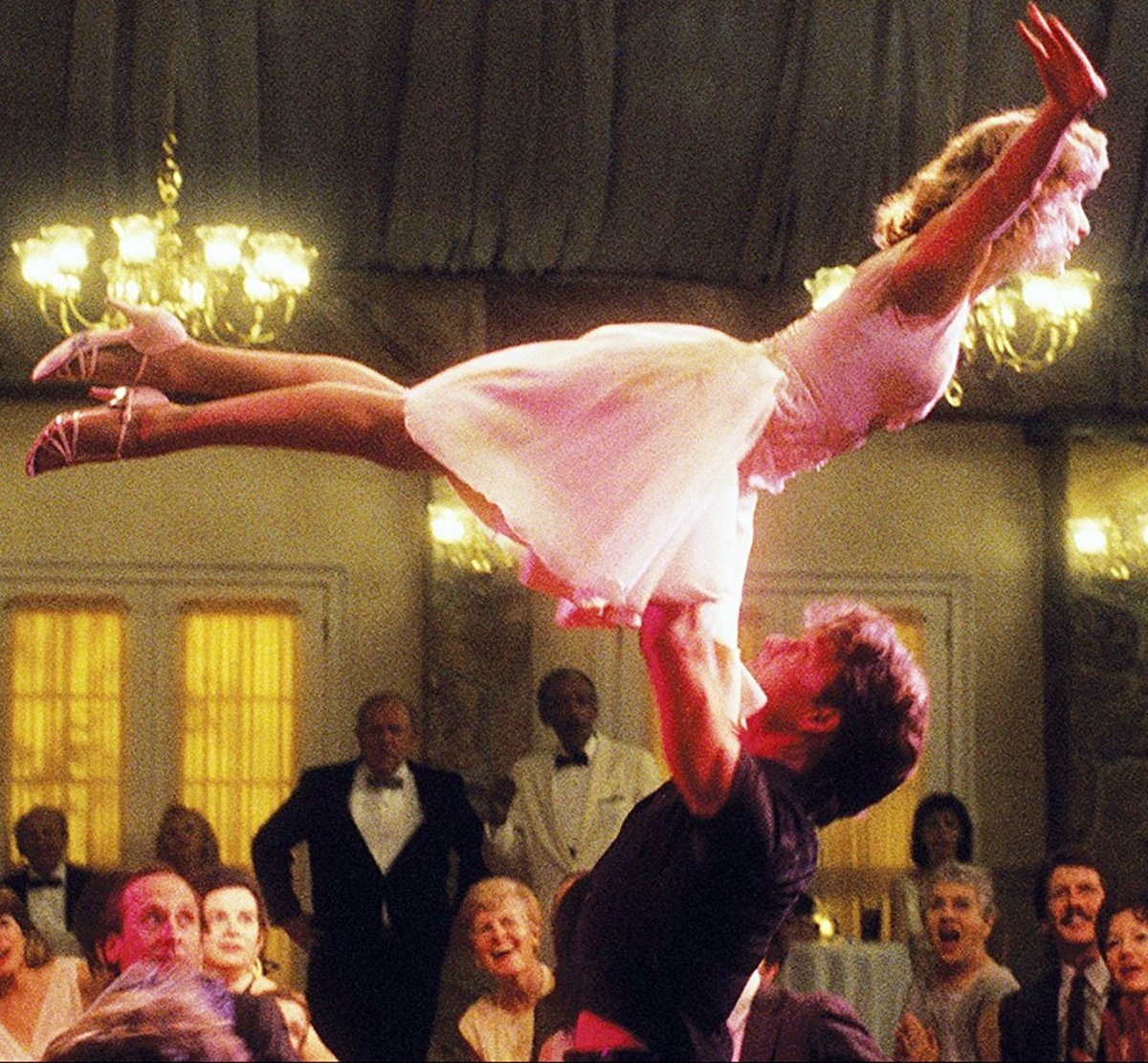 Despite the animosity between the lead couple behind the scenes, Grey and Swayze were well-received and their convincing show of affection made Dirty Dancing a massive success.

Made on a budget of $6 million, the film went on to gross $214 million worldwide, making it the third biggest film at the box office that year.

Dirty Dancing was an unprecedented success

The film’s success didn’t end there: When Dirty Dancing hit VHS, it became the first film ever to sell a million copies on video. In addition to that, when the film was re-released for its tenth anniversary in 1997, videos were still selling at the rate of over 40,000 per month.

While the cast didn’t win any major awards (though it did win awards for Best Original Song), that’s some legacy among people who weren’t even alive at the time of the film’s release.

More than three decades later, Dirty Dancing is still considered something of a classic, and it appeared in the number one spot on a Sky Movies list of ‘women’s most-watched films’; the 1987 film was adapted into a jukebox musical that toured as recently as 2020. 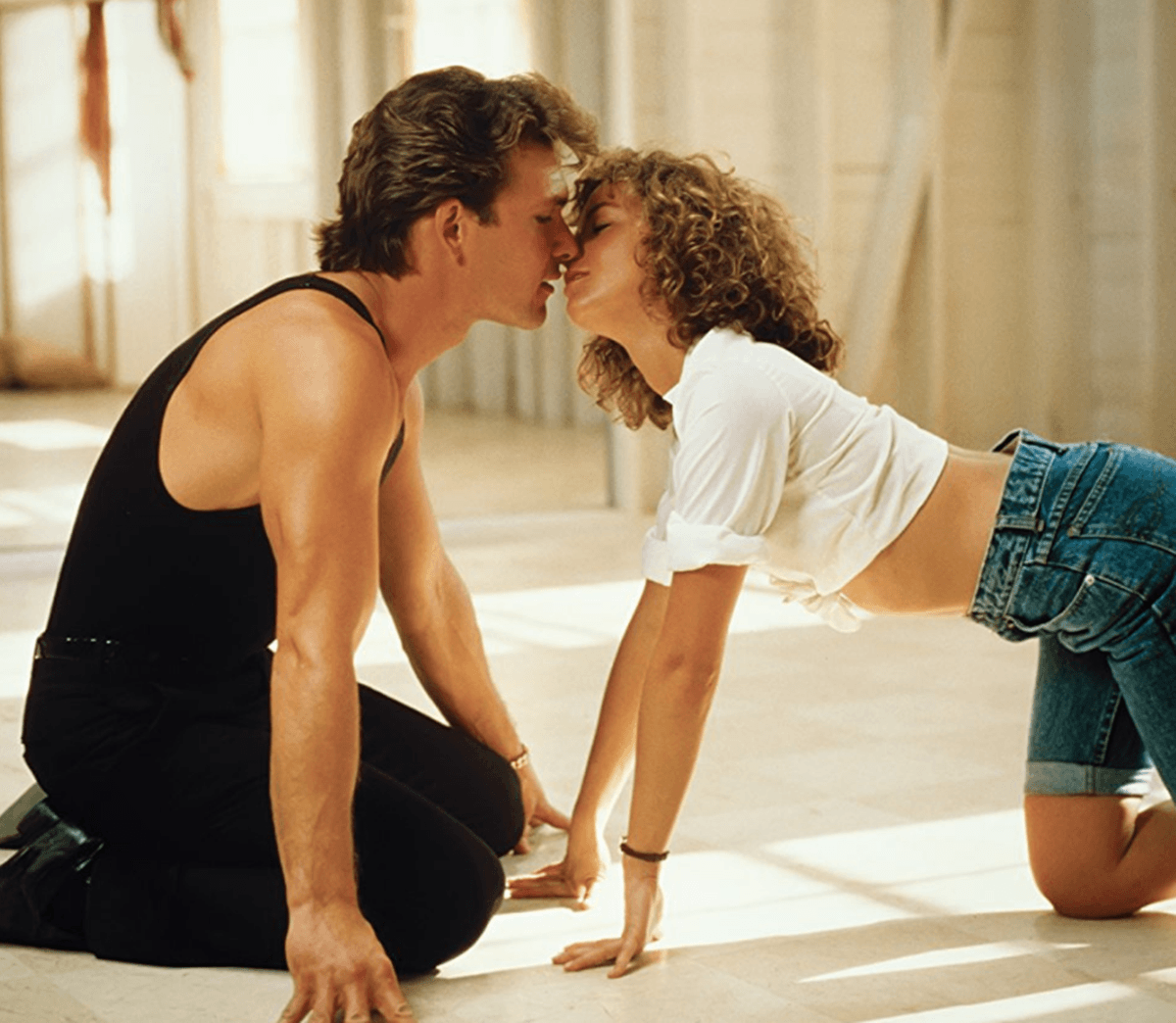 Unfortunately, 1987 and Dirty Dancing would prove to be the peak of Grey’s career, with a group of flop films like Bloodhounds of Broadway and Wind following and sinking virtually without a trace.

Then came arguably Grey’s biggest career mistake: beginning in 1989, Grey had two ill-advised rhinoplasties (or ‘nose jobs’, to put it bluntly), which caused even close friends to fail to recognise her.

Grey has since claimed that she regrets having plastic surgery, as it took away her uniqueness. The transformation had a negative effect on her career: “I went in the operating room a celebrity and came out anonymous. It was like being in a witness protection program or being invisible.”

Grey later said that she briefly considered changing her name just so she could start a brand new career.

Post-surgery, her acting career never fully recovered, with the actress largely having been relegated to TV movies by the early 90s. 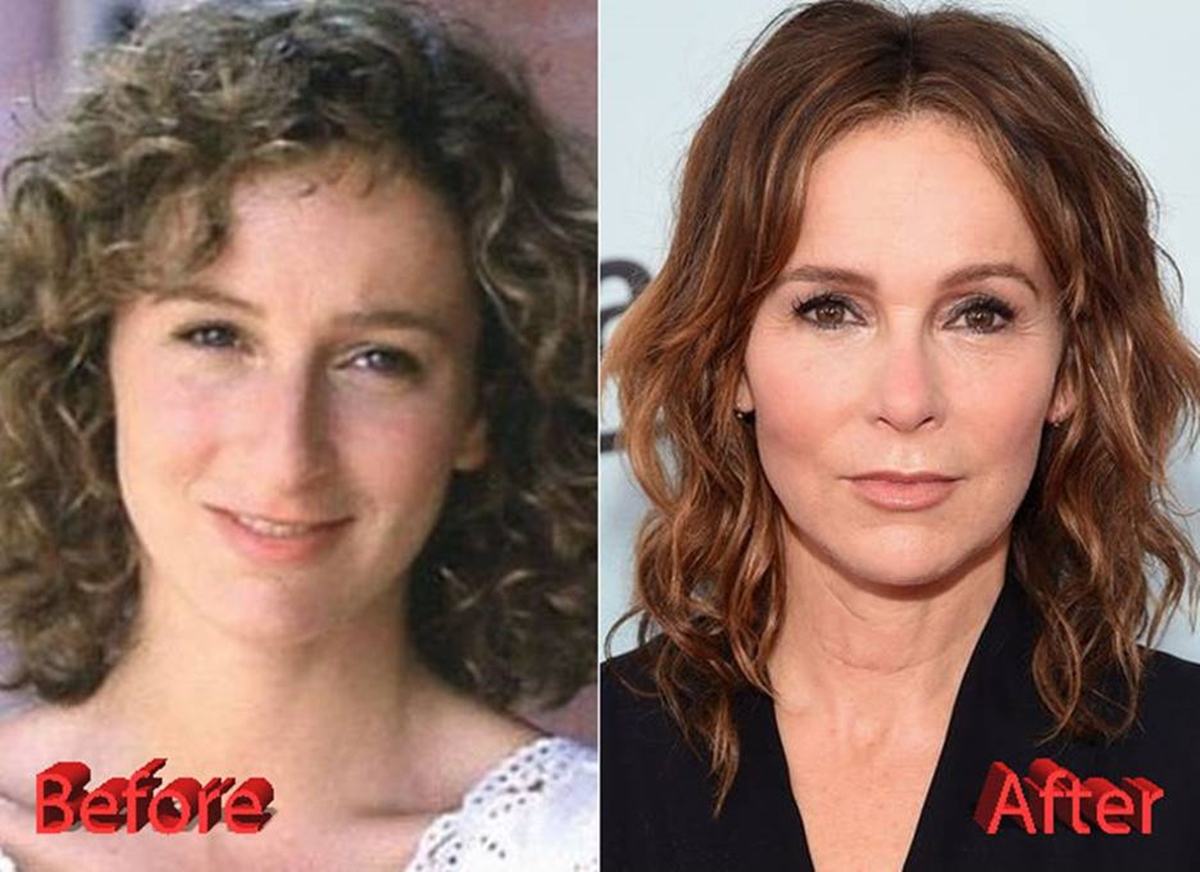 She guest-starred in an episode of Friends in 1995, in which Grey appeared as a school friend of Rachel’s, as well as the sitcom It’s Like, You Know…, a show that ran from late 1999 to January 2000 and which starred Grey as a version of herself.

Grey has been back in the spotlight as of late, at least in digital television, taking a starring role in Amazon’s 80s-set sitcom Red Oaks. Grey also guest-starred in Grey’s Anatomy earlier in 2019, in a three-episode guest role.

It was the year 2010, however, that saw something of a comeback. Grey was a contestant on the 11th season of Dancing With the Stars, where despite injuries, stress, and exhaustion (and her advanced age compared to some contestants), Grey won the competition with dance partner Derek Hough.

Prior to competing on Dancing With the Stars in 2010, Jennifer Grey had a fortuitous and potentially life-saving medical examination.

After an MRI, her doctor found a cancerous nodule on her thyroid, which was luckily caught and removed before it metastasized.

This wasn’t the only procedure Grey had in 2010: that same doctor, having discovered that Grey’s spinal cord was compressed, inserted a titanium plate in Grey’s neck.

The neck injury was a result of a tragic car accident 23 years earlier, which caused injury to Jennifer Grey and then-boyfriend Matthew Broderick and resulted in the deaths of two other drivers. 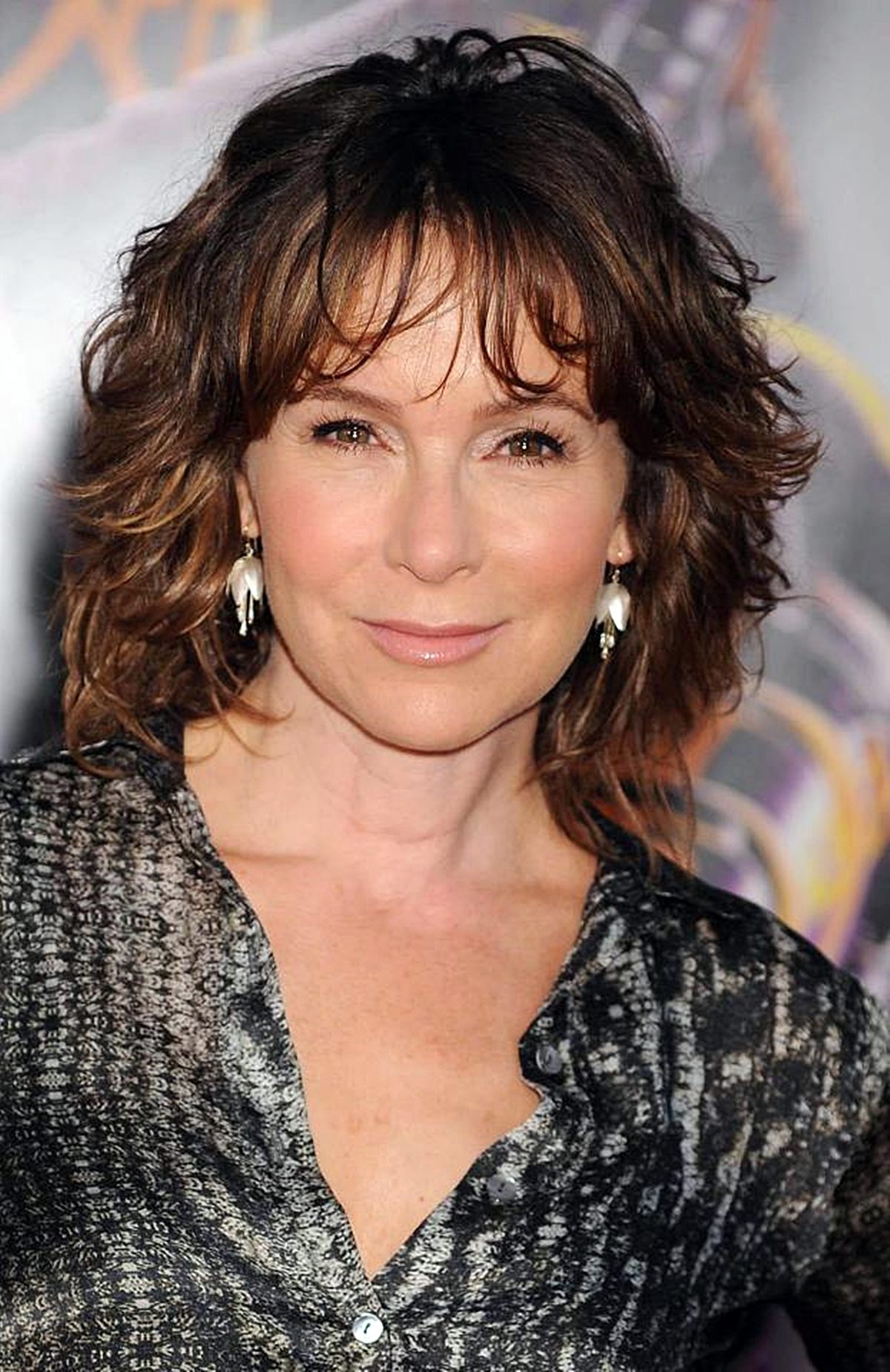 She married a star of the Marvel Cinematic Universe

Over the years, Jennifer Grey has been romantically linked with a number of famous faces: as well as Matthew Broderick, Grey has also dated Michael J Fox, Johnny Depp and ABC journalist George Stephanopoulos.

Their only child Stella was born soon afterwards in December 2001. 20 years later, however, the pair divorced amicably. 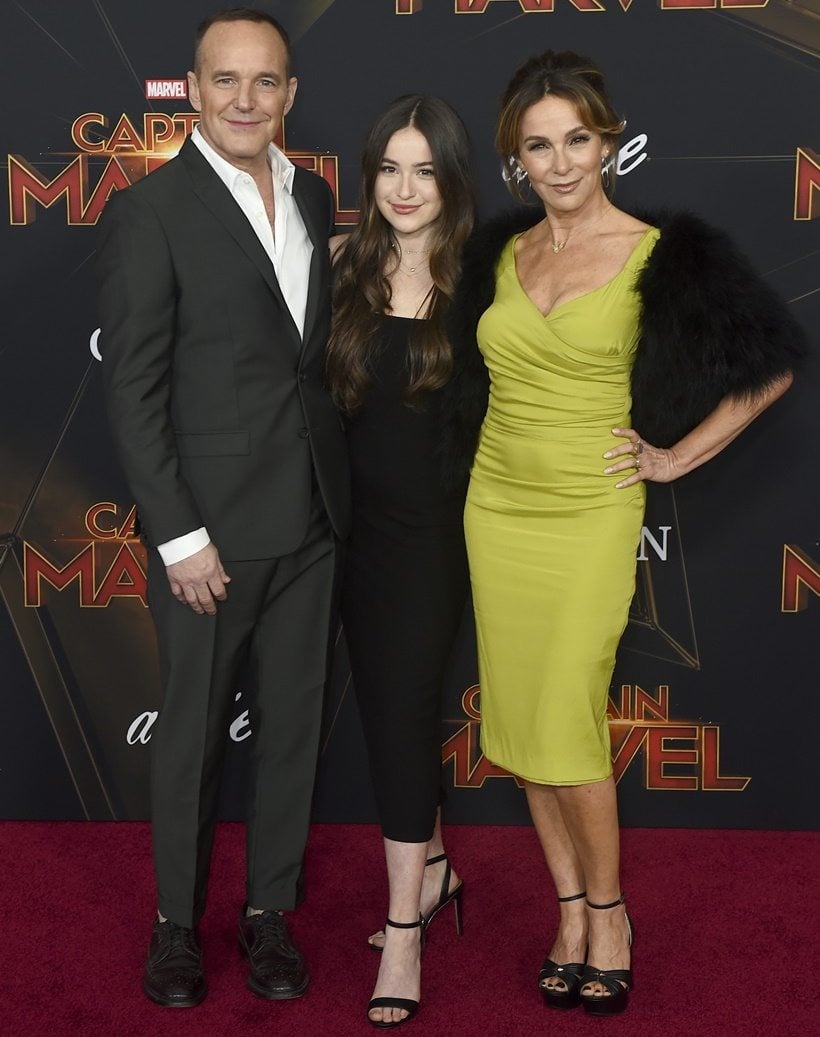 Since Grey’s recent TV roles in Grey’s Anatomy and The Conners, we’re hoping to see this Hollywood icon on the big and small screens for many years to come!