Friends: Why Jennifer Grey Was Replaced As Mindy

In 1995, Jennifer Grey appeared as Mindy Hunter in season one, episode 20 of Friends: The One with the Evil Orthodontist. However, when Mindy made her second and last appearance in season two, episode 20, The One with Barry and Mindy’s Wedding, Mindy the bride was instead played by Jana Marie Hupp.

Grey was likely recast during the season break due to scheduling conflicts, as several minor characters from season one of Friends were played by different actors in later seasons. However, it’s also possible that the recasting had more to do with Grey’s changing appearance, with several plastic surgery procedures having significantly altered her recognisability during this time. 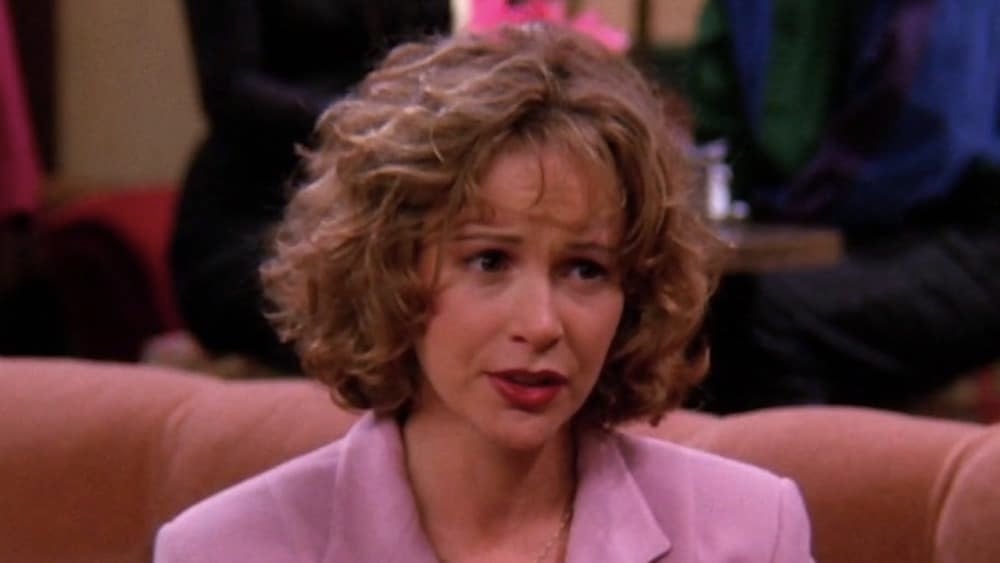 Mindy only appears in two episodes of Friends, but she is part of the plotline that sets the whole show in motion. The Friends pilot sees Rachel arrive at coffee house Central Perk after fleeing from her wedding to orthodontist Barry Farber, leaving her bridesmaid Mindy behind to pick up the pieces.

Rachel later finds out that Barry took Mindy on their honeymoon following the cancelled ceremony and became involved with her. The first time we meet Mindy, in The One with the Evil Orthodontist, it is because Barry cheats on her with Rachel when they reconcile after the break-up. The next time Mindy appears in the show is at her wedding to Barry, in season two, as Mindy decides to stay with Barry even with assurances that he will probably cheat on her again. 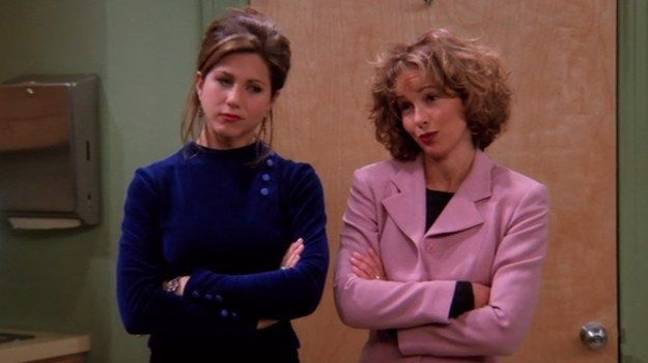 By the time Jennifer Grey made her Friends debut in 1995, she was already a household name. Having gotten her first big break in 1986 with a supporting role in Ferris Bueller’s Day Off, she had a one-two punch of success, with a starring role in Dirty Dancing the very next year.

Grey’s performance as Frances “Baby” Houseman made her an overnight superstar, with the film earning over $214 million worldwide, and being the first film to sell more than a million copies for home video. Unfortunately, the success weighed heavily on Jennifer Grey, who was dealing with survivor’s guilt in the wake of a traumatic incident that happened in the summer of 1987. 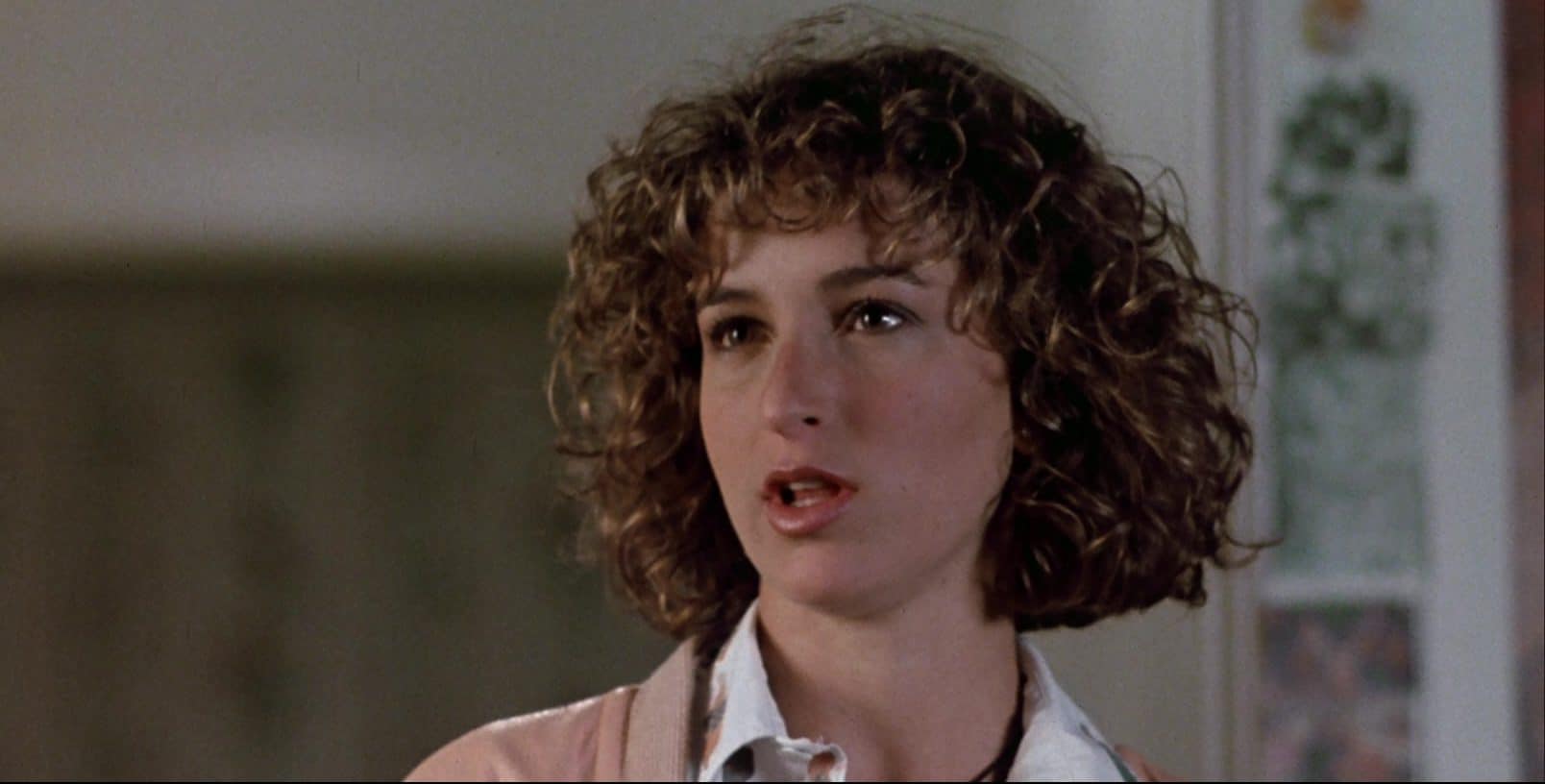 In 1987, Grey was headed on a romantic getaway in Ireland with boyfriend and Ferris Bueller’s Day co-star Matthew Broderick. The combination of the pouring rain, and Broderick having to drive on the opposite side of the road to what he was used to, caused a collision that led to the deaths of a woman and her daughter.

Though Broderick had to spend a month recovering, Grey made it out with only minor injuries, and she struggled to reconcile her success with the guilt she felt about the accident. Speaking in a 2010 interview, Grey later said: “I became America’s sweetheart within five days of the accident, the juxtaposition of that deep sorrow, the survivor’s guilt, and then being celebrated as the new big thing just didn’t jibe. It didn’t feel good to be the toast of the town.” 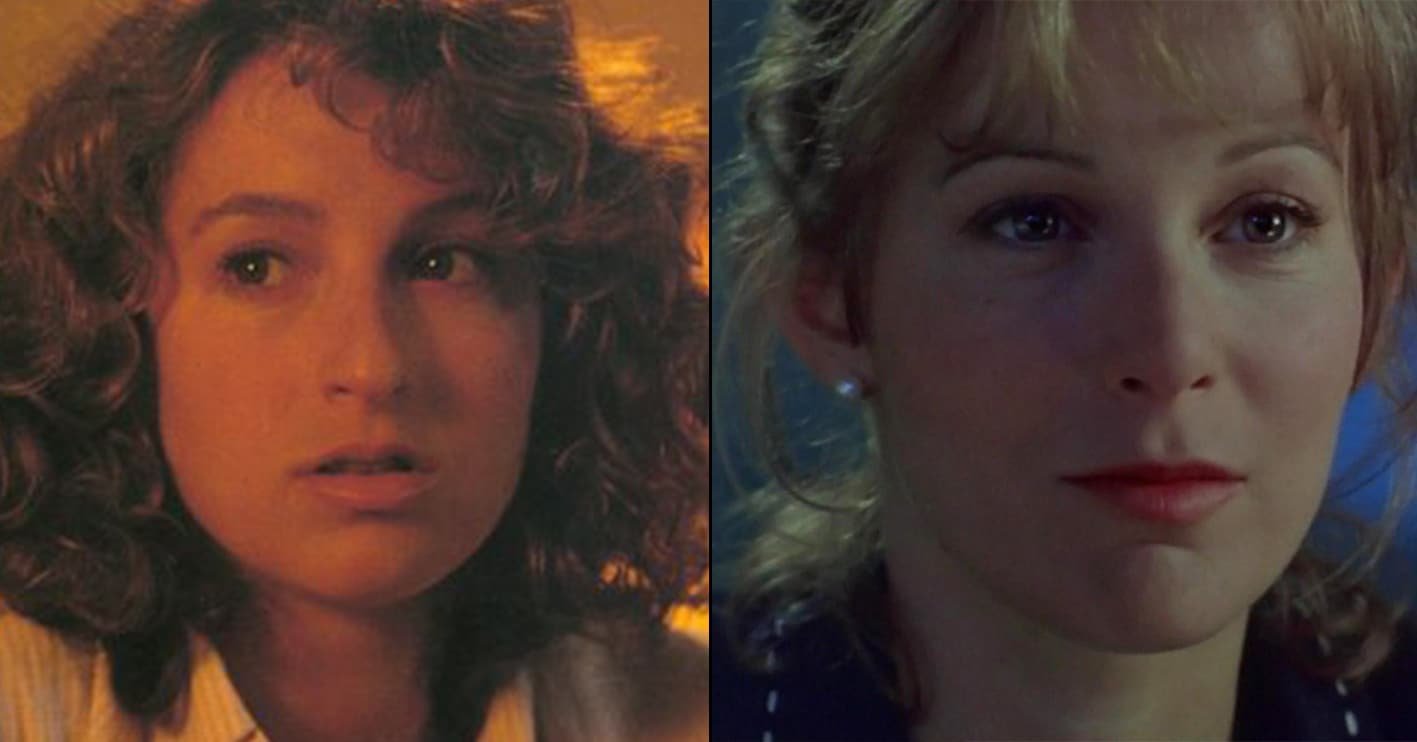 Grey dealt with the accident in two major ways. Firstly, she stepped away from the spotlight, minimising her contact with the world of celebrity and only acting sporadically. Secondly, she underwent plastic surgery to change her appearance, something which she had long been advised to do by her mother: “She loves me, loved me, always has, and she was pragmatic because she was saying, ‘Guess what? It’s too hard to cast you. Make it easier for them.’ And then I did and she was right. It wasn’t like, ‘You’re not pretty.’ It’s like, ‘Guess what? If you don’t want to be an actor, okay. But if you wanna be an actor…’ But when I was a kid, I was completely anti-rhinoplasty.”

Though Grey had undergone her first rhinoplasty before she appeared in Friends for the first time, between the first and second season, she had a second rhinoplasty that altered her appearance further. In fact, her change in appearance was so drastic that it rendered her unrecognisable, as she discovered when she saw Michael Douglas at a movie premiere and he didn’t know who she was.

Grey reflects, “In the world’s eyes, I was no longer me. And the weird thing was that thing that I resisted my whole life, and the thing I was so upset with my mother for always telling me I should do my nose. I really thought it was capitulating. I really thought it meant surrendering to the enemy camp. I just thought, ‘I’m good enough. I shouldn’t have to do this.’ That’s really what I felt. ‘I’m beautiful enough.'” 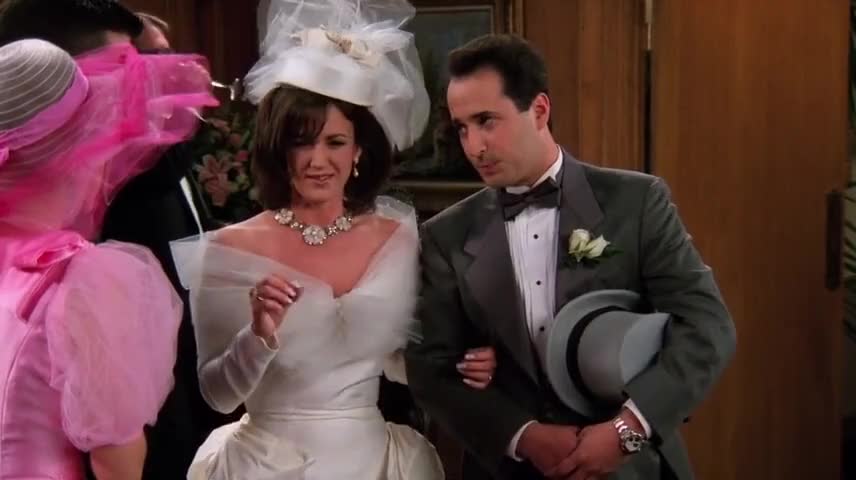 This sudden change in appearance may not have been the reason that Grey was recast when season two of Friends rolled around, but some fans have theorised that it made justifying the recast a lot easier, as Grey would not have looked the same even if she continued to play Mindy.

However, other fans have theorised that the recasting happened because of Grey’s reputation for giving uneven performances, and being occasionally difficult to work with on set.

Following Dirty Dancing, Grey’s co-star Patrick Swayze said that he struggled to keep his patience around her, as “she seemed particularly emotional, sometimes bursting into tears if someone criticized her. Other times, she slipped into silly moods, forcing us to do scenes over and over again when she’d start laughing.”

Grey later explained: “I went into the ­operating room a ­celebrity and came out anonymous. It was the nose job from hell. I’ll always be this once-famous actress nobody recognises because of a nose job.” She even considered restarting her career under a new stage name to make a fresh start, but ultimately decided against this.

Grey’s career didn’t exactly end, but she has never returned to her early heights of fame, and she seems at peace with this today: “I spent so much energy trying to figure out what I did wrong, why I was banished from the kingdom. That’s a lie. I banished myself.”