When Wesley Snipes Almost Made Black Panther In The 90s

As the leading man in 1998’s Blade, Wesley Snipes was a major figure in the early days of the Marvel movie boom. The vampire-centric comic book adaptation, however, only came about after Snipes tried and failed to bring another Marvel superhero to the big screen.

All through the 90s, Snipes tried to make a movie of Black Panther, in which he would have played the role eventually taken by the sadly missed Chadwick Boseman. Unfortunately, creative issues and technical challenges would keep Snipes’ Black Panther film from getting off the ground. Had Snipes made Black Panther all those years earlier, the last three decades of superhero movies would surely look very different. 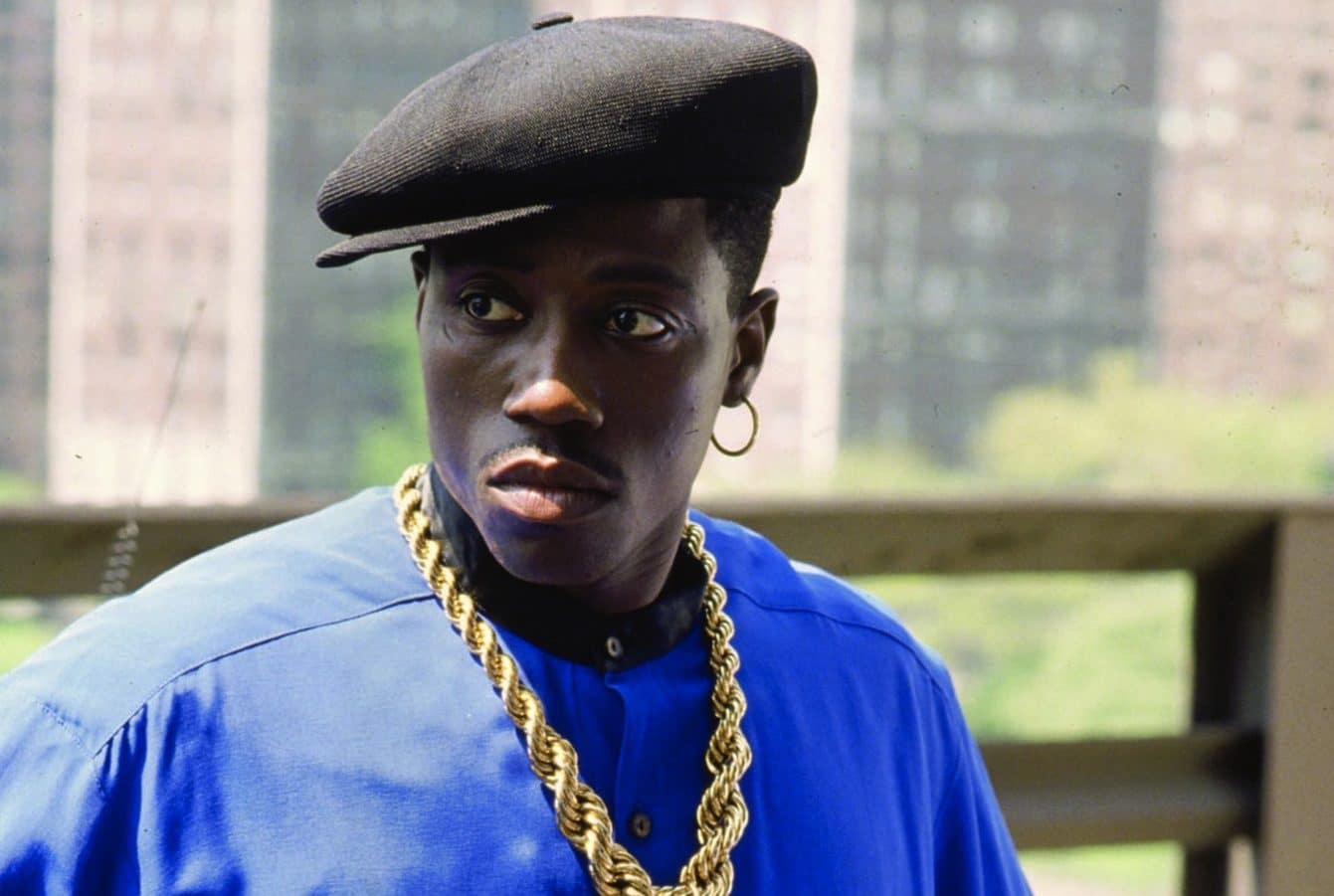 “Black Panther spoke to me”

The early 90s saw Wesley Snipes rise through the ranks of Hollywood leading men. New Jack City and White Men Can’t Jump proved his dramatic ability, whilst Passenger 57 and Demolition Man demonstrated he had a real flair for action, too. Yet while Snipes was on the ascent, Marvel Comics were on the downslide, and in the hopes of reviving their fortunes they had begun selling the movie rights to their characters.

Sadly, the first Marvel movies – notorious flop Howard the Duck, 1989’s The Punisher (starring Dolph Lundgren) and the largely forgotten 1990 Captain America – hadn’t come remotely close to doing the same kind of business as the Superman and Batman movies, which were based on the comics of longtime Marvel rival DC.

Other Marvel movies in development at the time included X-Men and Spider-Man, both of which had James Cameron attached at different points. There was also the now-infamous low budget take on the Fantastic Four comics, made in 1994 but never released. 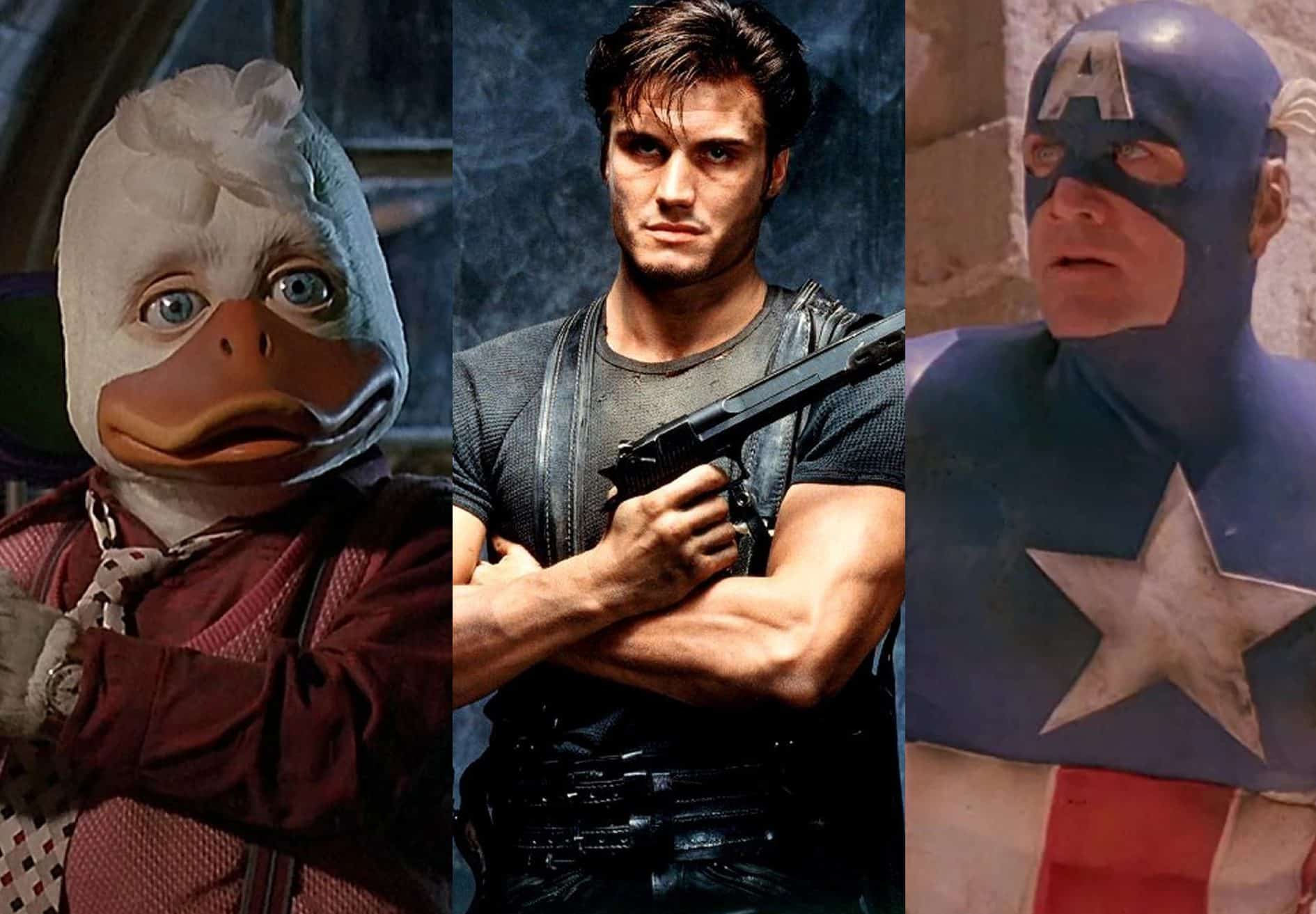 Around this time, Marvel approached Snipes with a proposition. It’s not entirely clear whether Snipes was familiar with Stan Lee and Jack Kirby’s original Black Panther comics beforehand, but the actor was quickly captivated by them. Snipes’ interest in adapting the Black Panther property was first reported in 1992.

Snipes told The Hollywood Reporter in 2018, “Black Panther spoke to me because he was noble, and he was the antithesis of the stereotypes presented and portrayed about Africans, African history and the great kingdoms of Africa… and I loved the idea of the advanced technology. I thought that was very forward thinking.”

The actor saw “an iconic character who much of the world was unfamiliar with and the communities that I grew up in would love… it never crossed my mind that the audience wouldn’t be down with it.” Snipes also had the blessing of Black Panther’s co-creator, legendary Marvel icon Stan Lee, who the actor says “was supportive of the Black Panther project at that time.” 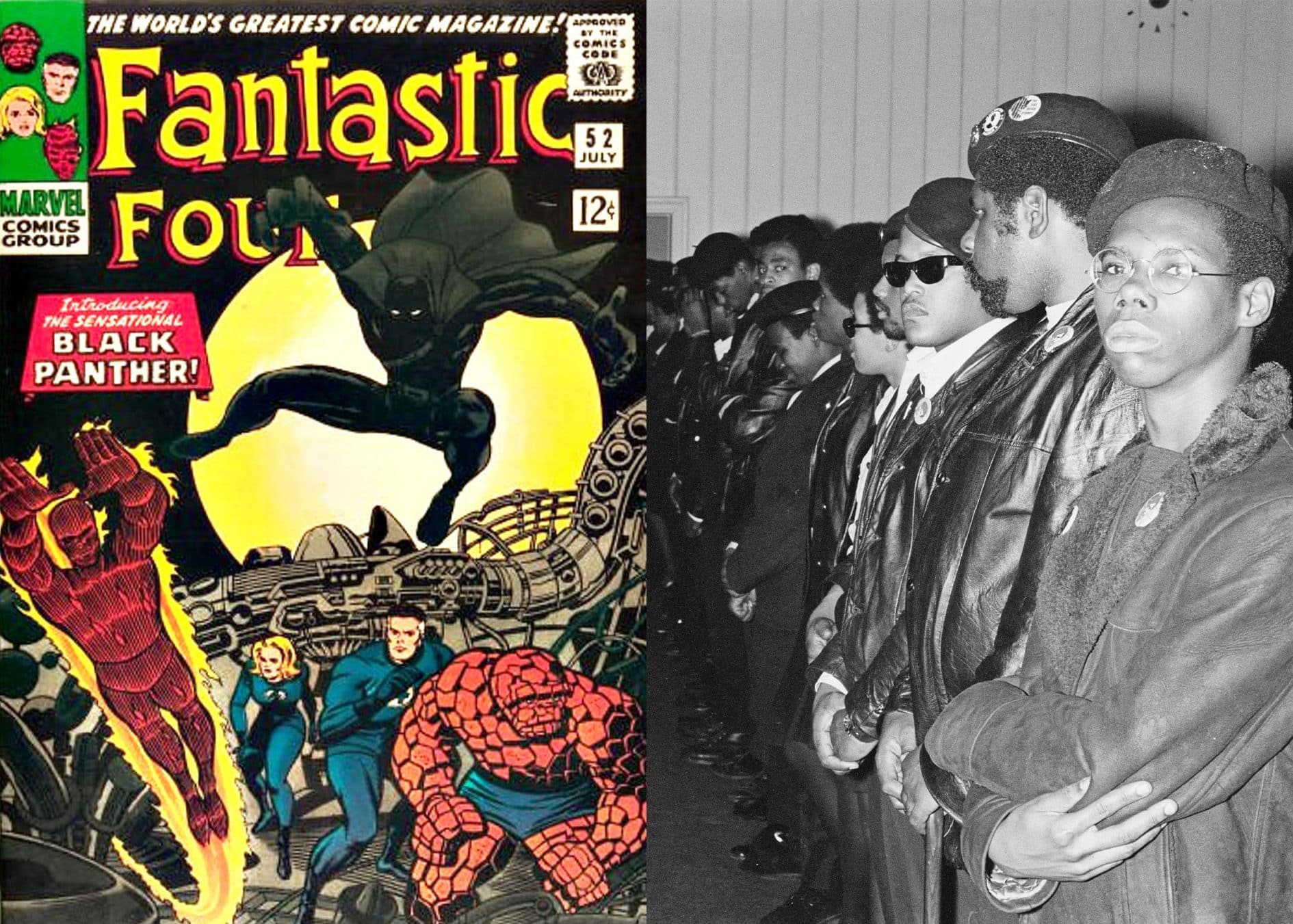 “A leotard with some little cat ears on it”

The first major stumbling block was the title itself. At the time, the term ‘Black Panther’ was primarily associated with the radical African-American political organisation founded in 1966 – the very same year Marvel introduced Black Panther in the pages of Fantastic Four. (The mutual choice of name was apparently coincidental, but the association initially worried Marvel, prompting them to briefly rename the character ‘Black Leopard’ in 1971.)

When Wesley Snipes first made it known that he wanted to make a Black Panther movie, most people assumed he was talking about the political movement, not the comic book. Where the actor envisaged being dressed in “a leotard with maybe some little cat ears on it,” prospective studio execs imagined him in “a black beret.”

This proved an issue with one of the directors under consideration for the film: John Singleton, who had recently broken through with 1991’s socially conscious hit Boyz N the Hood. (He would go on to direct 2000’s Shaft and 2 Fast 2 Furious, before sadly passing away in 2019.) Snipes wanted the film to have “all the Vibranium, all the x-ray vision, virtual operation, and the whole nine of it. I wanted it to be like the comic book was [with a] super-city and super-science.” Singleton, however, had other ideas. 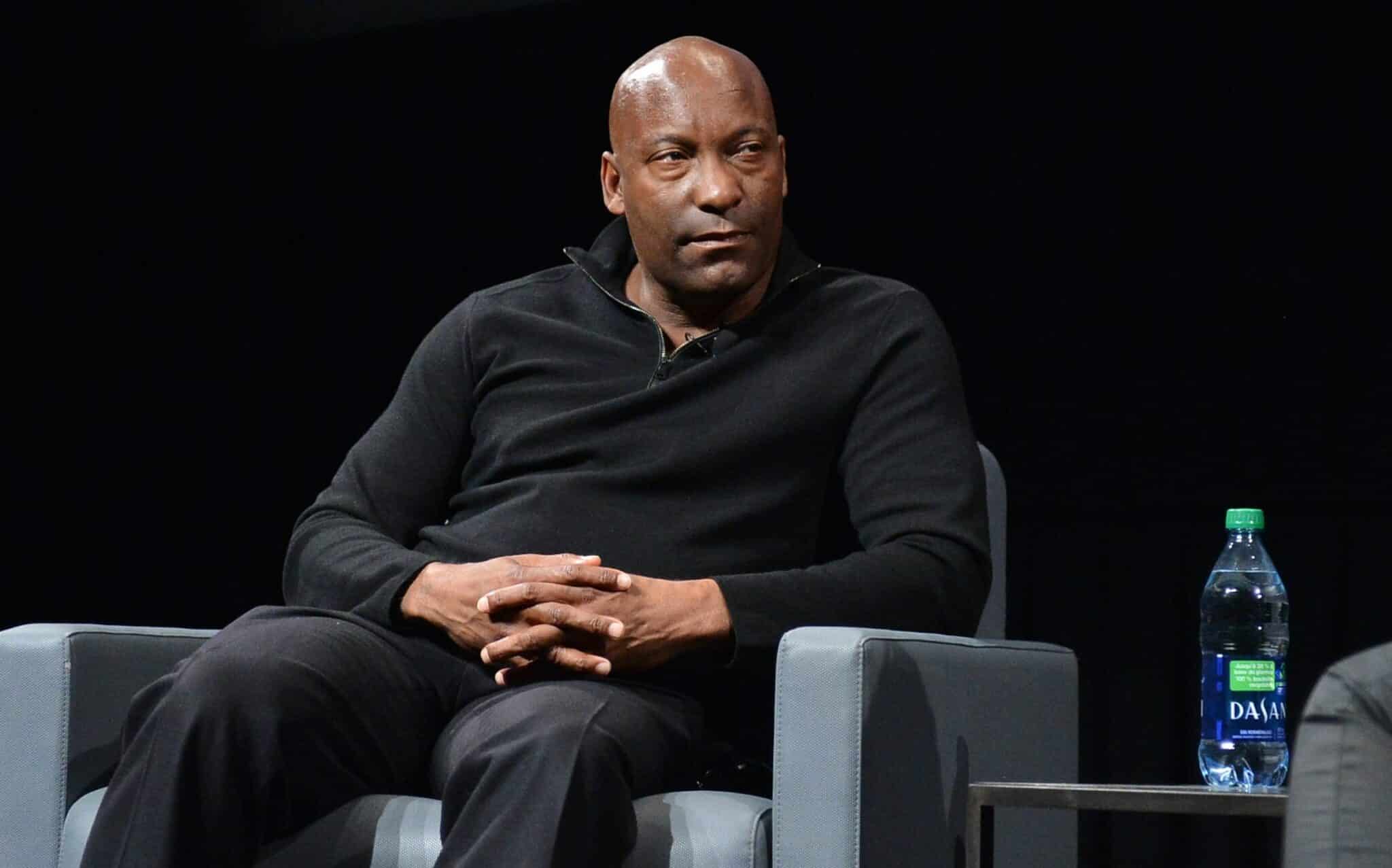 Snipes recalls that when he discussed Black Panther with Singleton, the director “wanted to take the character and put him in the civil rights movement. And I’m like, ‘Dude! Where’s the toys?! They are highly technically advanced, and it will be fantastic to see Africa in this light opposed to how Africa is typically portrayed.’” When things didn’t pan out with Singleton, Snipes says they considered other “young, up-and-coming black directors,” including New Jack City’s Mario Van Peebles.

Three different writers were hired to work on separate scripts. One of these, from Mad Max 2 writer Terry Hayes, would have seen T’Challa escape a war-torn Wakanda as a baby, sent downriver in a basket, then grow up elsewhere before his past catches up with him. Marvel’s then-CEO Tom DeFalco felt this was “an incredible pitch,” but sadly it wasn’t enough to sell Black Panther to studio Columbia.

Another problem, Snipes explains, was the limitations on special effects at the time. “We didn’t have the technology we have now. Pixar didn’t exist. None of the things, the CGI capabilities that we have now existed.” While Snipes had originally hoped to make the film in 1994 after completing Demolition Man, the many behind-the-scenes issues (reportedly including Stan Lee’s dissatisfaction with the script) kept the film from getting the green light year after year, until Snipes’ hold on the Black Panther rights expired. “We can’t do the King of Wakanda, let’s do a black vampire”

As his Black Panther movie fell apart, Snipes moved on to another Marvel property. The actor considered the role of Blade, which had briefly been earmarked for LL Cool J, to be “a natural progression and a readjustment” from Black Panther. “They both had nobility. They both were fighters. So I thought, hey, we can’t do the King of Wakanda and the vibranium and the hidden kingdom in Africa, let’s do a black vampire.”

While it was only a modest hit on release, Blade would spawn two sequels, and proved to be a major catalyst in getting the ball rolling on Marvel movies. With 2000’s X-Men, 2002’s Spider-Man, then Hulk, Daredevil and X-Men 2 in 2003, Marvel quickly became one of the biggest creative names in blockbusters.

Throughout this time, Black Panther remained on the back burner, with occasional reports suggesting that both Snipes and director John Singleton were still tentatively attached. It was reported that Snipes still intended to make the movie after 2003’s Blade: Trinity, but that film’s writer-director, David S Goyer, remarked that the actor was “already so entrenched as Blade that another Marvel hero might be overkill.” The character of Black Panther would ultimately make his screen debut in the 1994 Fantastic Four cartoon series, voiced by Keith David. Taye Diggs and Djimon Hounsou would later voice the character in other animated shows before Chadwick Boseman became the first live-action Black Panther, debuting in Captain America: Civil War before headlining the long-awaited Black Panther movie in 2018.

On release, Black Panther surpassed all expectations. It earned rave reviews, grossed upward of $1.3 billion at the box office (making it one of the ten highest-earning superhero movies ever), and became the first Marvel movie to be nominated for the Best Picture Oscar. Boseman would reprise the role of T’Challa in Avengers: Infinity War, Avengers: Endgame and the animated series What If? before tragically dying of cancer in August 2020.

It’s still hard not to imagine what might have been had Snipes played the role so many years earlier. Even so, when Black Panther finally opened in 2018, Snipes was in no way bitter. 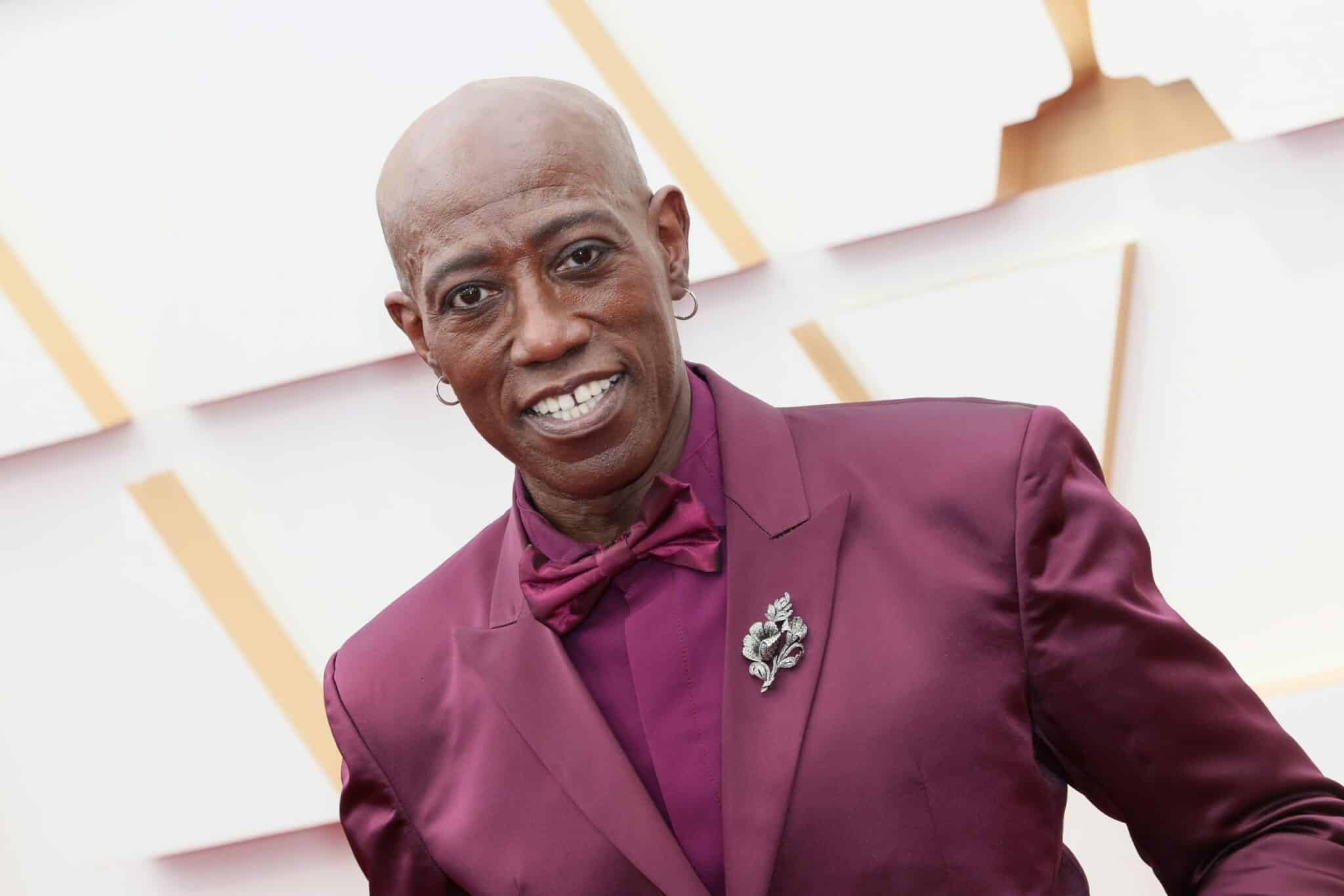 “It’s like dropping a load of seed in the mud”

Although Chadwick Boseman is no longer with us, the world of the Black Panther will indeed grow with the November 2022 release of sequel Black Panther: Wakanda Forever, and Marvel is also reported to be working on a TV show set in Wakanda. In addition, Snipes’ signature superhero series Blade is set for a reboot in 2023, with Mahershala Ali taking over the role (which Snipes has also given his blessing to).