The Long Kiss Goodnight is one of the most entertaining (and unusual) action thrillers to come out of Hollywood in the 1990s. One of the few major action films of the time to feature a female protagonist, it stars Geena Davis as a woman who has lost her memory and started a new life as a schoolteacher. However, shocking events reveal her old life was very different indeed, and with the help of Samuel L Jackson’s private investigator, she sets out to find out who she really is. Here are some facts about the cult 90s hit you might not have known. (Beware of spoilers.)

10. Its screenplay was the most expensive in film history 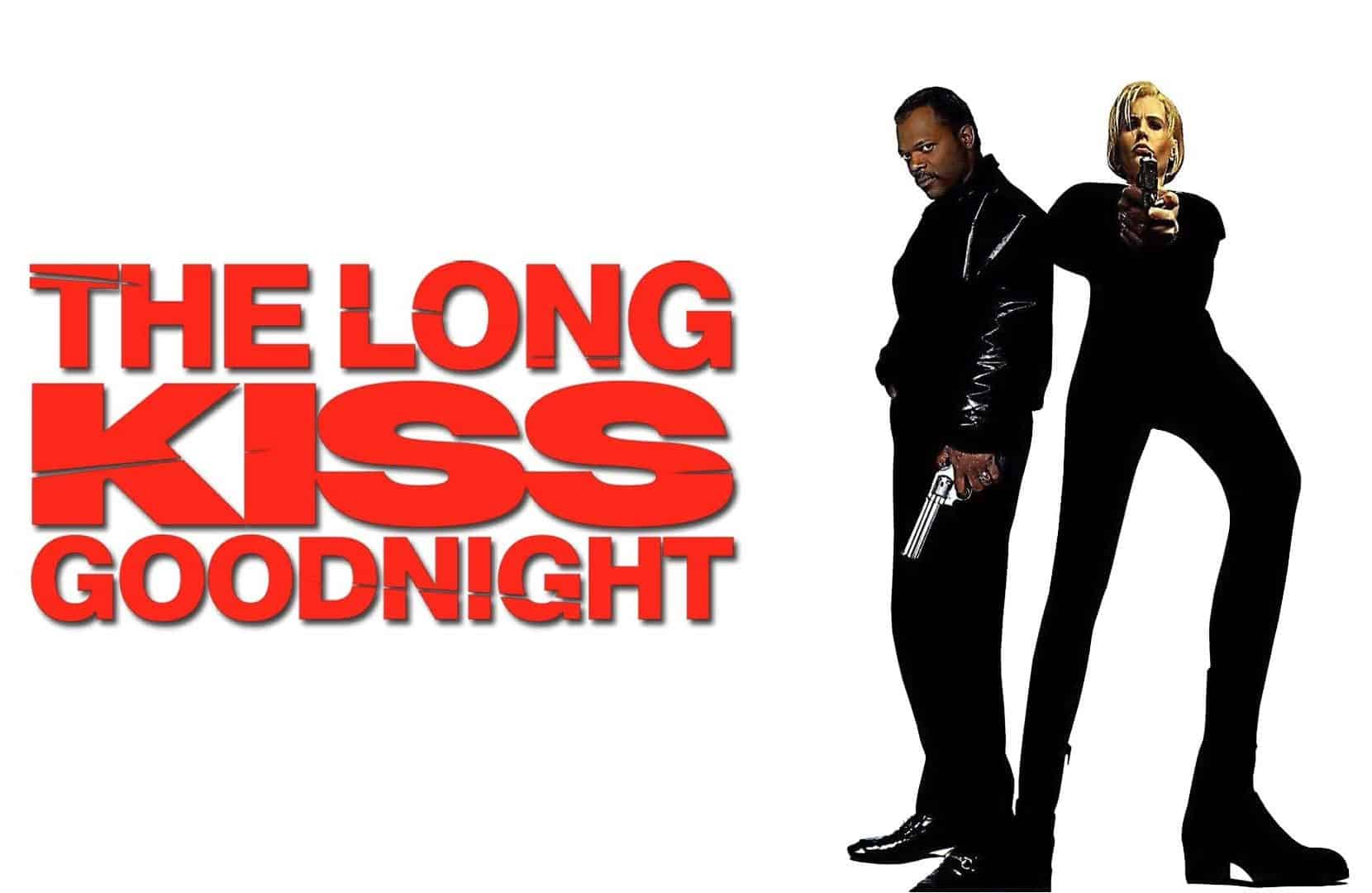 New Line Cinema paid Black $4 million for the screenplay, which was the highest fee a writer had ever taken for a single script at the time.

9. It came out only 10 months after Geena Davis and Renny Harlin’s mega-flop Cutthroat Island 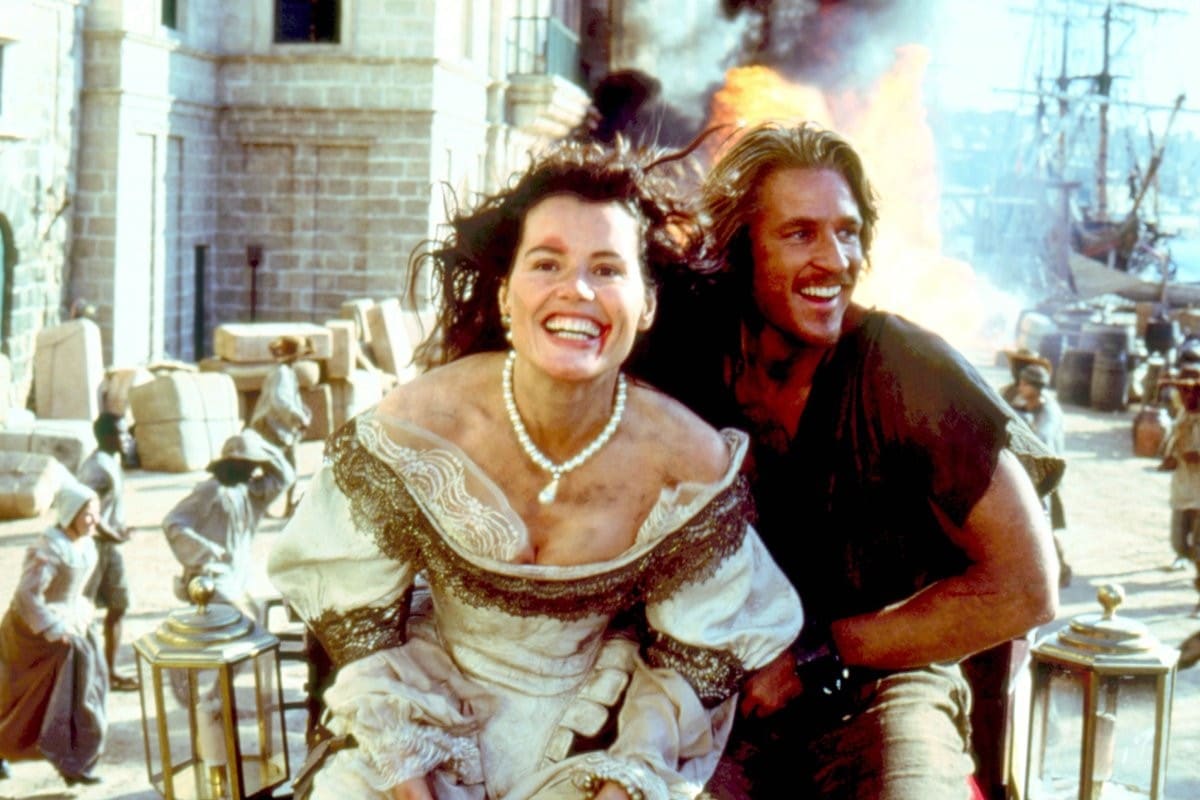 After paying Black $4 million and putting up a budget of $65 million, New Line Cinema were banking on The Long Kiss Goodnight being a big hit. This must have proved nerve-wracking, as the previous film from the husband-and-wife team of director Renny Harlin and lead actress Geena Davis was an infamous flop.

8. The studio considered having the script rewritten for a male lead 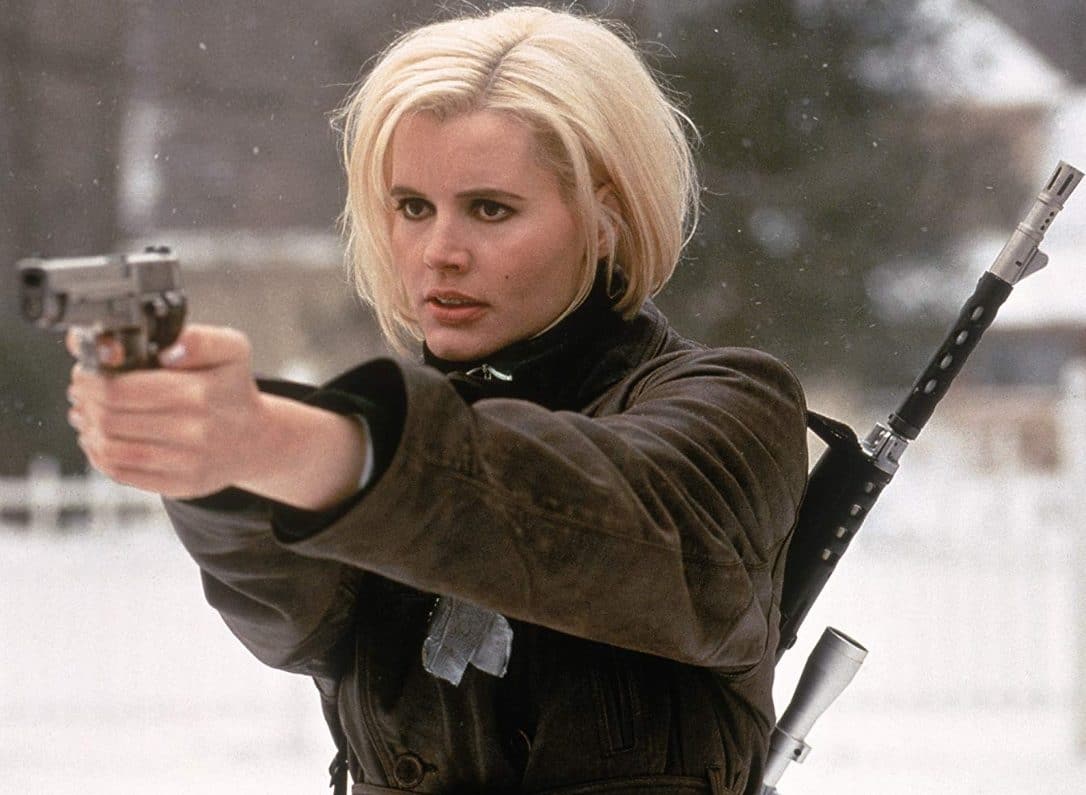 Shane Black is reported to have sold The Long Kiss Goodnight to New Line Cinema on the understanding that Renny Harlin would direct and Geena Davis would take the lead role of Samantha Caine/Charly Baltimore. However, as has long been the case in Hollywood, studio executives were concerned that they wouldn’t be able to sell an action movie with a female lead.

For this reason, New Line are said to have considered having the script rewritten to turn Samantha/Charly into a male character. Had they gone ahead with this, New Line execs were considering Sylvester Stallone or Steven Seagal for the lead.

7. Mitch originally died at the end 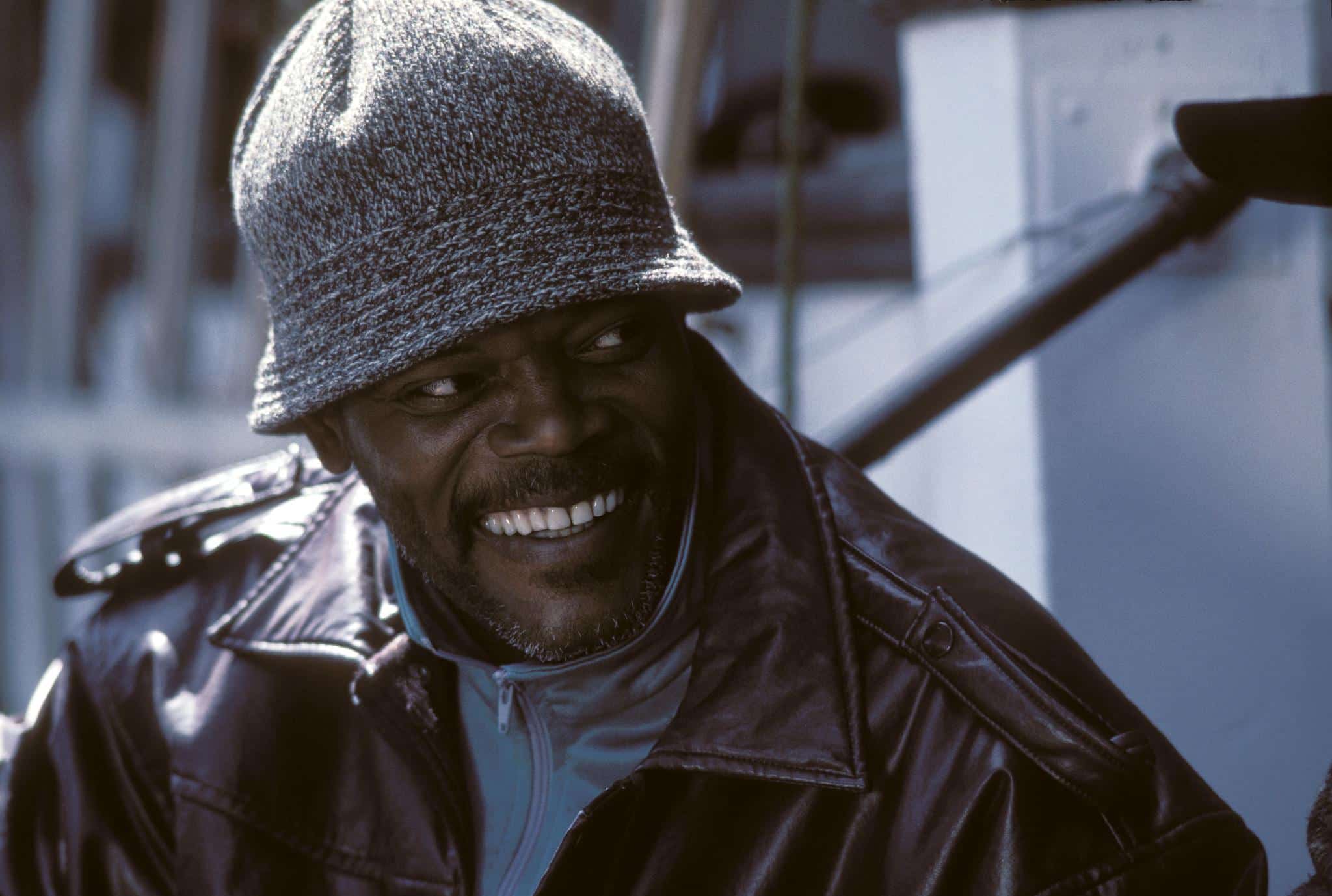 Anyone who’s seen The Long Kiss Goodnight will doubtless remember that Samuel L Jackson‘s character Mitch Henessey is in very bad shape towards the end, and it looks like he won’t make it out alive. In the first cut of the film, Mitch actually died from his injuries.

Test audiences responded badly to this cut of the film (reportedly one viewer shouted, “you can’t kill Sam Jackson!”). The ending was subsequently re-edited, and Mitch’s climactic interview with Larry King was added to show that he did indeed survive.

6. Geena Davis practiced holding her breath in the bath in preparation for the water wheel scene 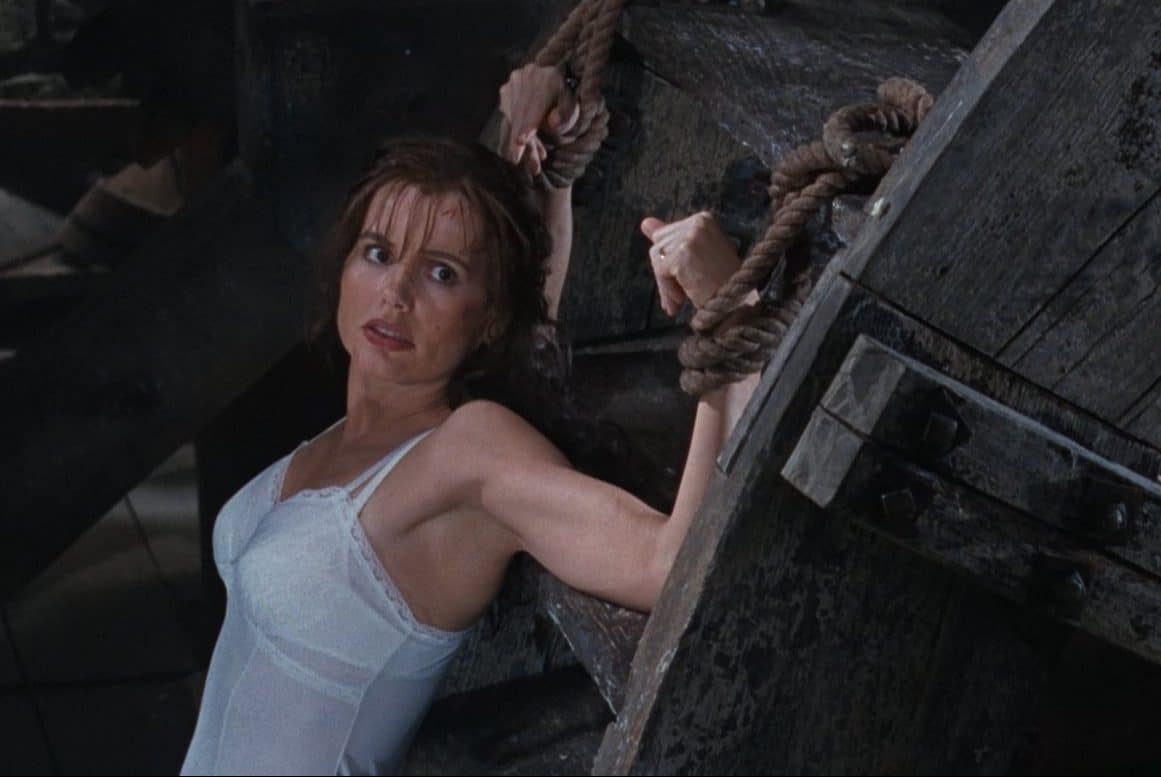 One of the most nerve-wracking moments in The Long Kiss Goodnight comes when Geena Davis’ Samantha (having not yet remembered her old life as assassin Charly) is strapped to a water wheel and forcibly held underwater for minutes at a time.

The then-married Davis and Harlin prepared for this scene at home, with the director timing how long the actress could hold her breath in the bath.

5. The crew helped evacuate the neighbourhood when a fire broke out on set 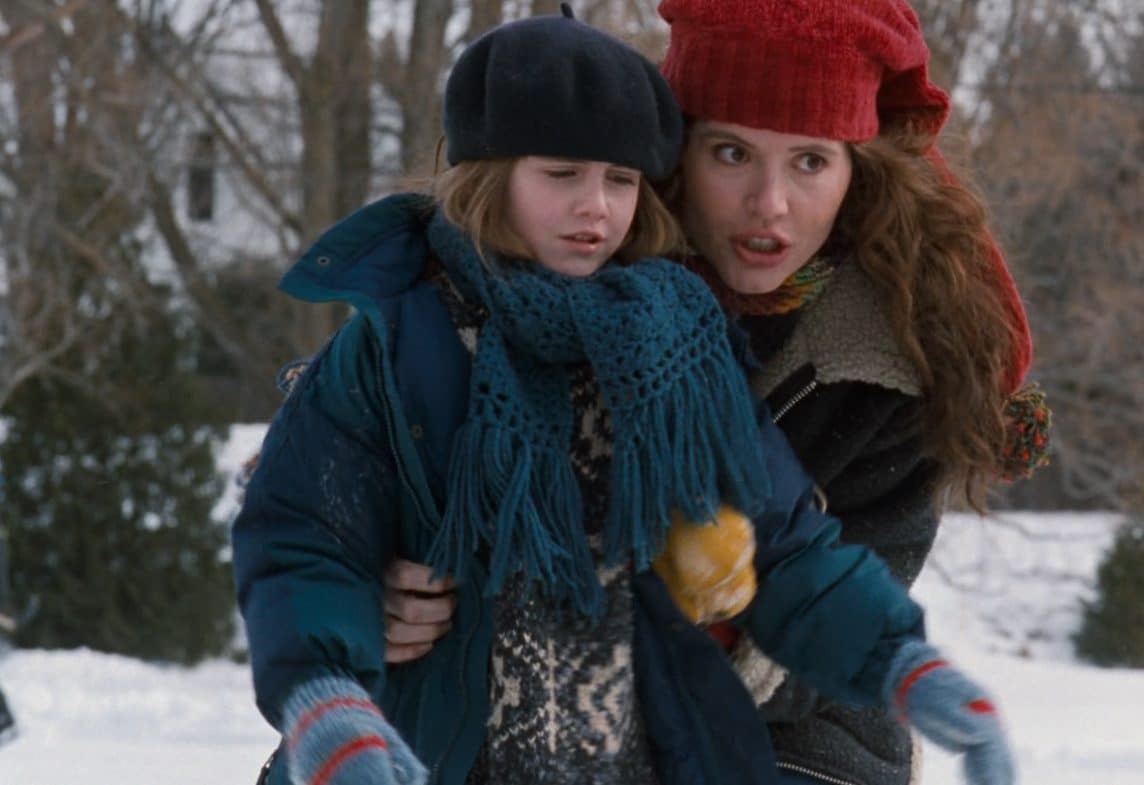 The Long Kiss Goodnight has no shortage of explosive scenes, but one such moment on set was not planned. Some sort of technical fault resulted in a large fire breaking out at a building where the crew were based whilst shooting the frozen lake sequence.

The blaze was so bad that the film crew rushed to evacuate residents from the houses nearby. Thankfully the fire wound up being contained, and no one was hurt.

4. Brian Cox’s “tomorrow we go to the zoo” was a leftover line from The Last Boy Scout 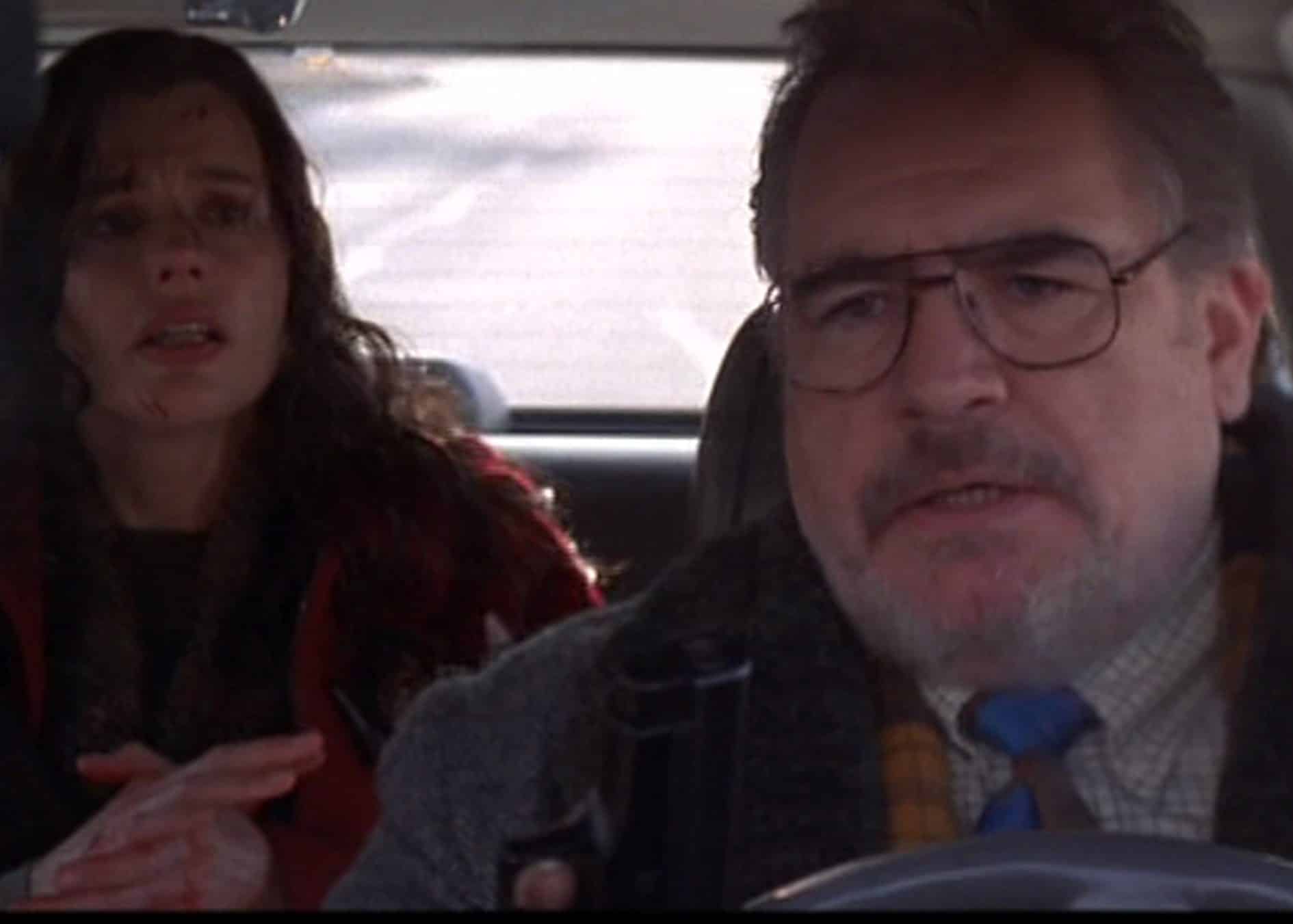 As with all films written by Shane Black, The Long Kiss Goodnight has no shortage of snappy one-liners and witticisms. One such moment comes when Brian Cox’s Dr Waldman rescues Samantha and Mitch after a shoot-out and dryly remarks, “yes, it was very exciting. Tomorrow we go to the zoo.”

Black originally included this line in his earlier screenplay for The Last Boy Scout. When the line wound up not being used in the final film, the writer decided it was too good a zinger to waste.

3. The reviews were good, but the ticket sales weren’t 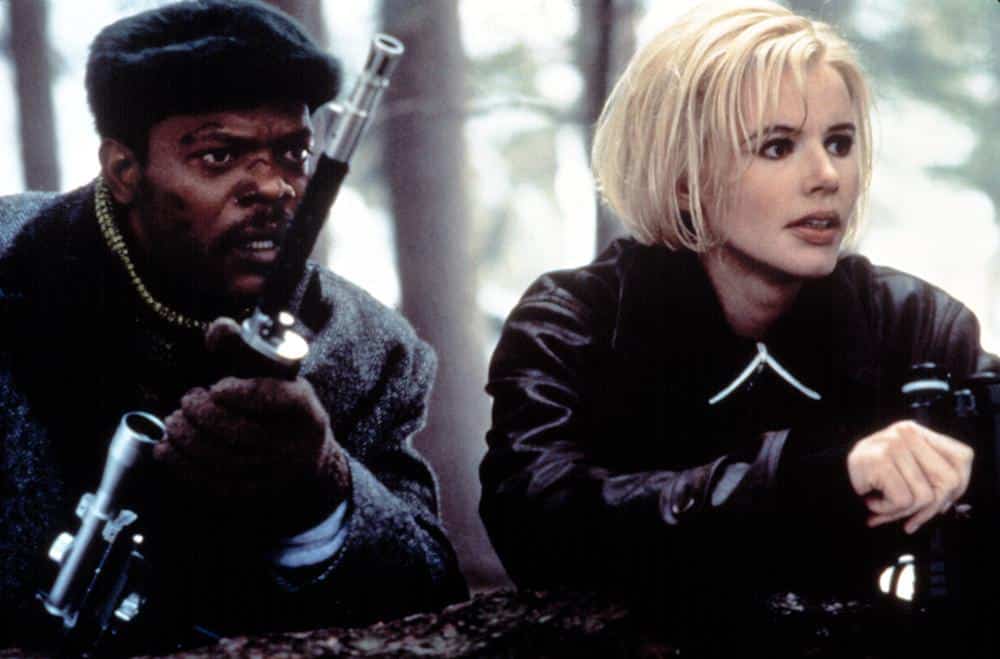 After the critics had their knives out for Cutthroat Island, Harlin and Davis must have breathed a collective sigh of relief when the reviews were in for The Long Kiss Goodnight. The film was on the whole warmly received, with most critics calling it an enjoyable (if by no means groundbreaking) action romp.

Unfortunately, the movie-going public didn’t pay much attention. The Long Kiss Goodnight wound up earning just under $100 million at the box office; as it cost $65 million to make, that was a long way from being in profit.

2. There was supposed to be a sequel 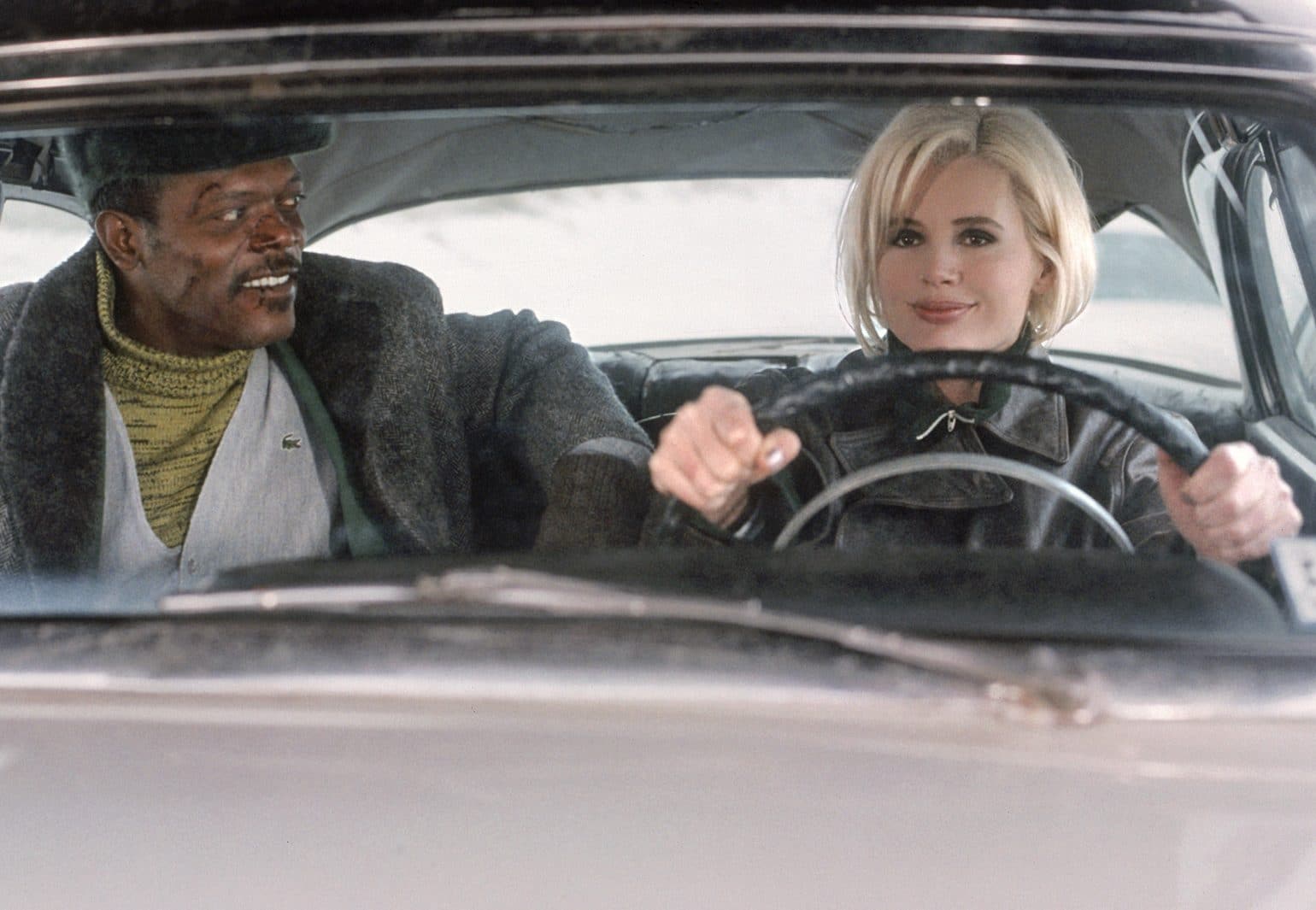 Shane Black had originally intended to pen a follow-up to The Long Kiss Goodnight, provisionally entitled The Kiss After Lightning. However, this never came to pass, at least in part because of the film’s financial under-performance.

As The Long Kiss Goodnight has since developed a cult following, there have been intermittent rumours over the years regarding a potential sequel or remake, but nothing has come to pass so far. 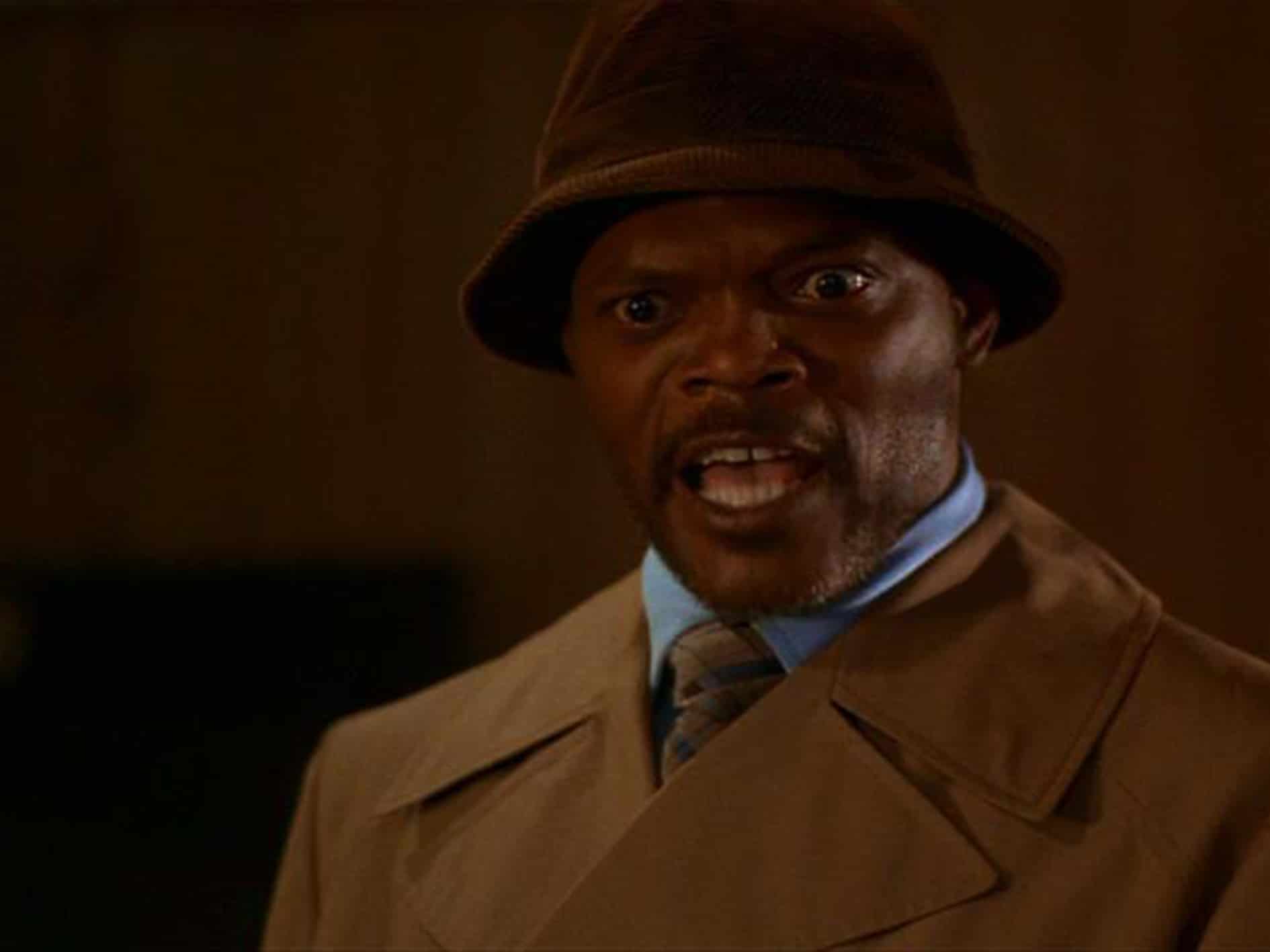 From Jules in Pulp Fiction to Mace Windu in Star Wars and of course Nick Fury in the Marvel Cinematic Universe, Samuel L Jackson has had no shortage of great roles in his career. It may surprise some readers that, of all these plum parts, Jackson has declared Mitch Henessey of The Long Kiss Goodnight to be his personal favourite.

The actor has publicly confirmed this a number of times in interviews, and has also called The Long Kiss Goodnight the film he most enjoys watching from his own body of work. Renny Harlin concurs with this, stating he considers the film to be his best work as a director.