12 Things You Never Knew About the Marvel Cinematic Universe

Unless you’ve been living on Mars for the past decade – and frankly, word may have even reached you there – you won’t have been able to miss the recent global media takeover by Marvel Studios. With more and more films being released by the studio all the time, and with stars and filmmakers promoting the movies now seemingly endlessly, it’s getting nigh-on impossible to avoid hearing all the details regarding the latest production. 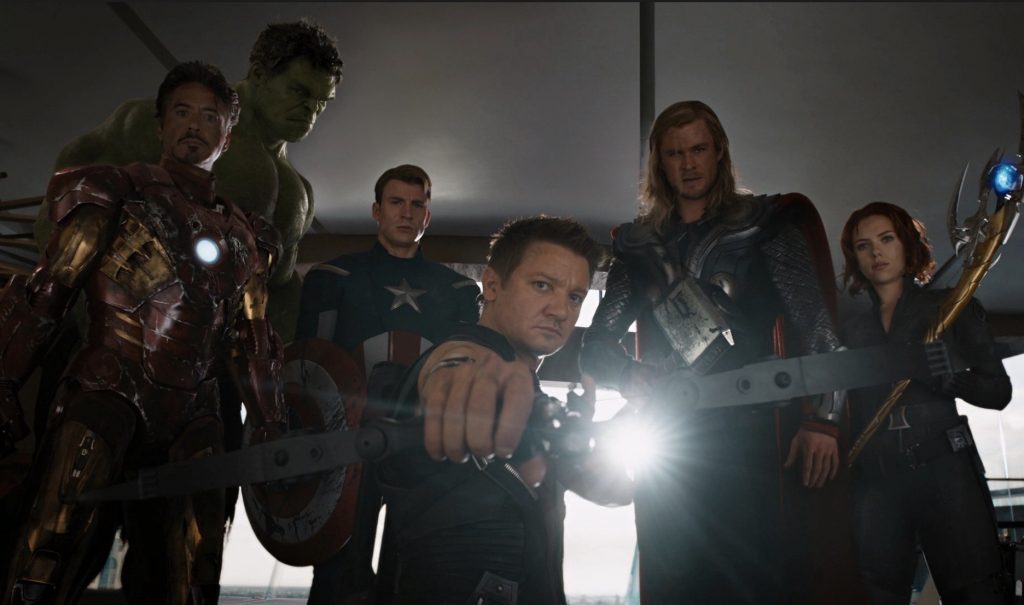 Still, with so much Marvel Cinematic Universe out in the world by now, some details can easily pass you by. With 19 movies released by the studio so far, there are countless pieces of fascinating trivia that even hardcore fans may have never heard about.

Helpfully, we’ve picked out some of the best Marvel movie tidbits for your reading pleasure. Here are 12 things you never knew about the Marvel Cinematic Universe.

1. Tom Holland found out he’d been cast as Spider-Man via Instagram 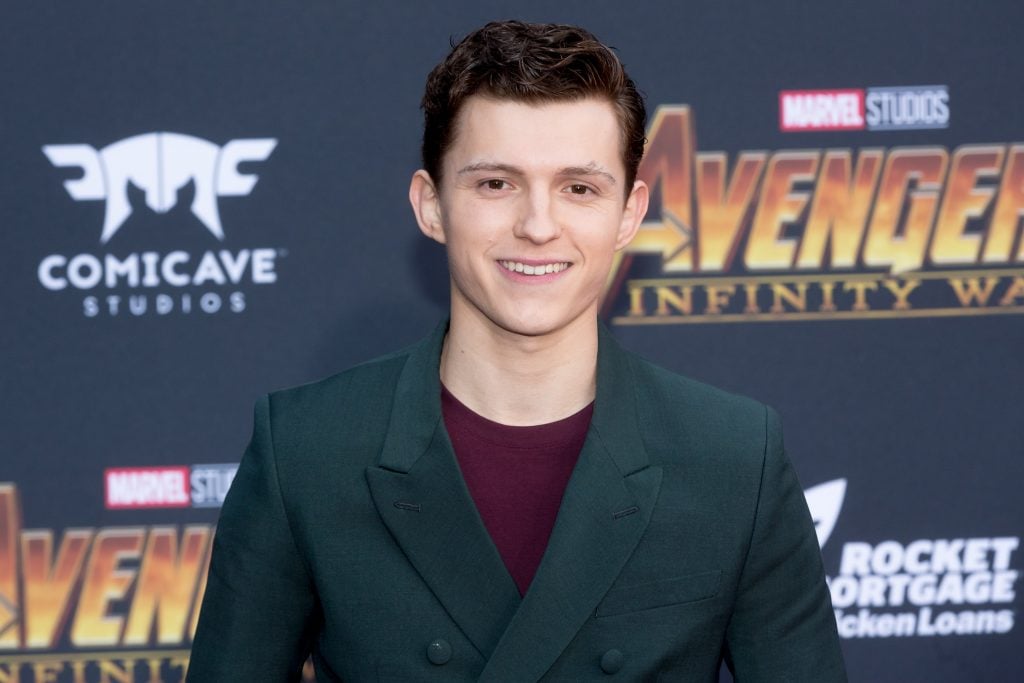 After stepping in to replace Andrew Garfield as Spider-Man in Marvel’s Spidey reboot, Homecoming, Tom Holland later admitted that he went through a gruelling audition process in order to land the part. Holland also said that he wasn’t even aware that said arduous auditioning landed him the role until he went online one morning.

In his words: “I was in my bed scrolling through Instagram. It had been about a month since my audition. And Marvel just posted a photo saying go to our website and find out who the next Spider-Man is… there it was: The new Spider-Man is Tom Holland. I went ballistic, like absolutely nuts.”

2. Mark Ruffalo could have played Hulk before Avengers Assemble 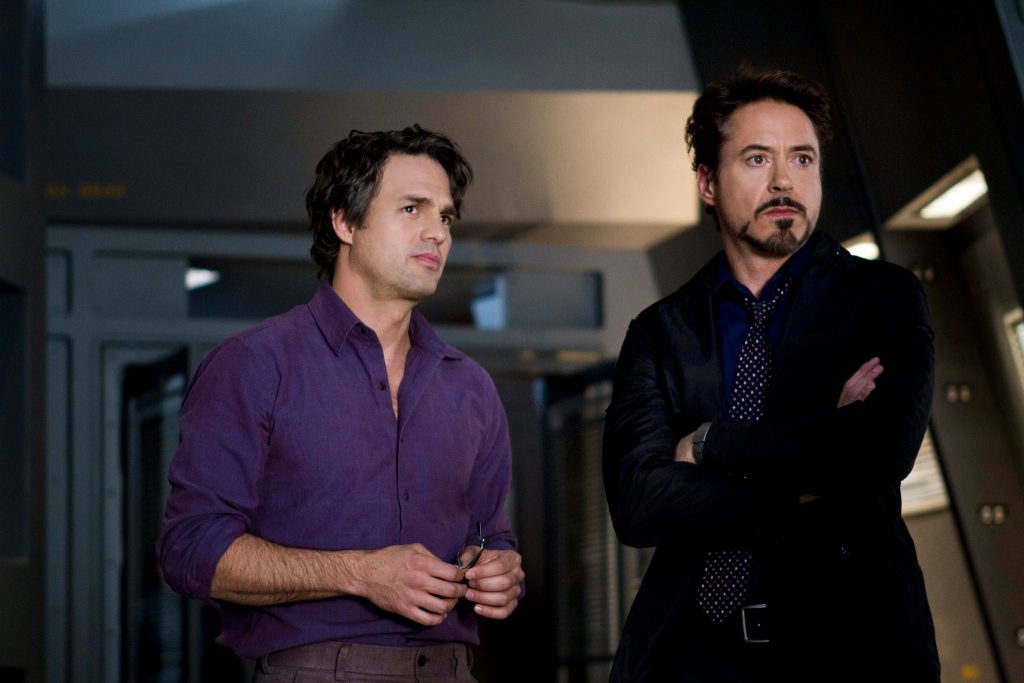 When he first appeared as Bruce Banner/the Hulk in 2012’s Avengers movie, critics and fans praised Mark Ruffalo as one of the best to have ever interpreted the character(s) for the screen.

If things had been different, however, we could have seen Ruffalo take on the part a whole four years earlier.

In The Incredible Hulk, Banner is played by Edward Norton, and while Norton lobbied the studio in order to land the lead role in that film, Ruffalo was actually director Louis Leterrier’s first choice to play Banner all along. But after The Incredible Hulk flopped, Norton was replaced by the original choice for the role, and the rest is history. 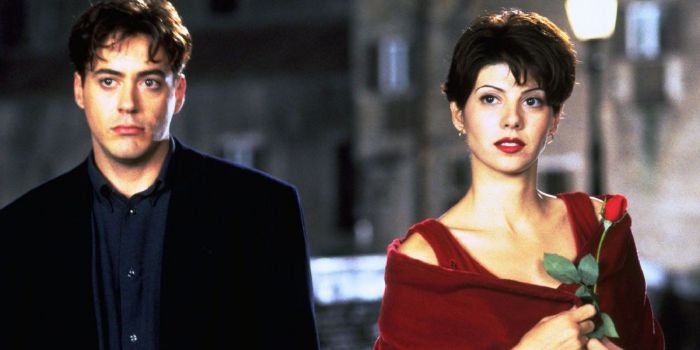 A running gag of Spider-Man: Homecoming is that Peter Parker’s Aunt May, far from the OAP she’s been portrayed as in the past, is now played by attractive ‘mature’ woman Marisa Tomei.

One of Aunt May’s admirers in Homecoming is Tony Stark, played by Robert Downey Jr, an interesting match considering Downey and Tomei actually used to date in real life in the mid-90s.

4. Only Vin Diesel and James Gunn know what Groot is really saying 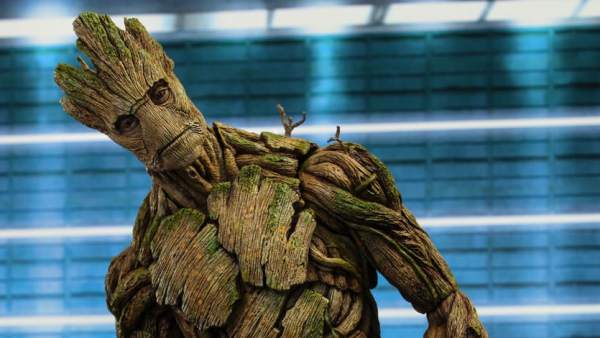 To the rest of us, it sounds like Guardians of the Galaxy’s Groot can only ever say three words: “I am Groot”. To those in the know, however, the character is saying a whole lot more. 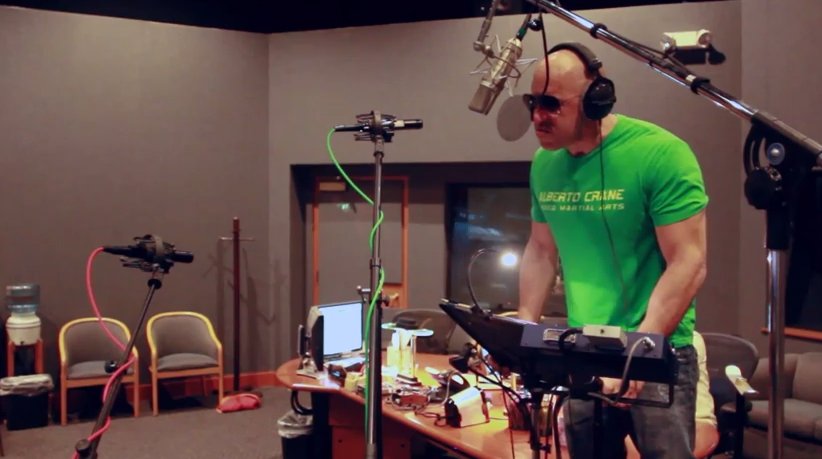 A ‘special Groot version’ of the Guardians 2 script exists, with all of Groot’s dialogue written in plain English, presumably to give an idea of what emphasis to give in the various line readings of “I am Groot”.

Only Vin Diesel, who voices the character, and James Gunn, who has written for all Guardians films so far, have read this script.

5. Chris Evans has to shoot his T-shirt scenes first for one hilarious reason 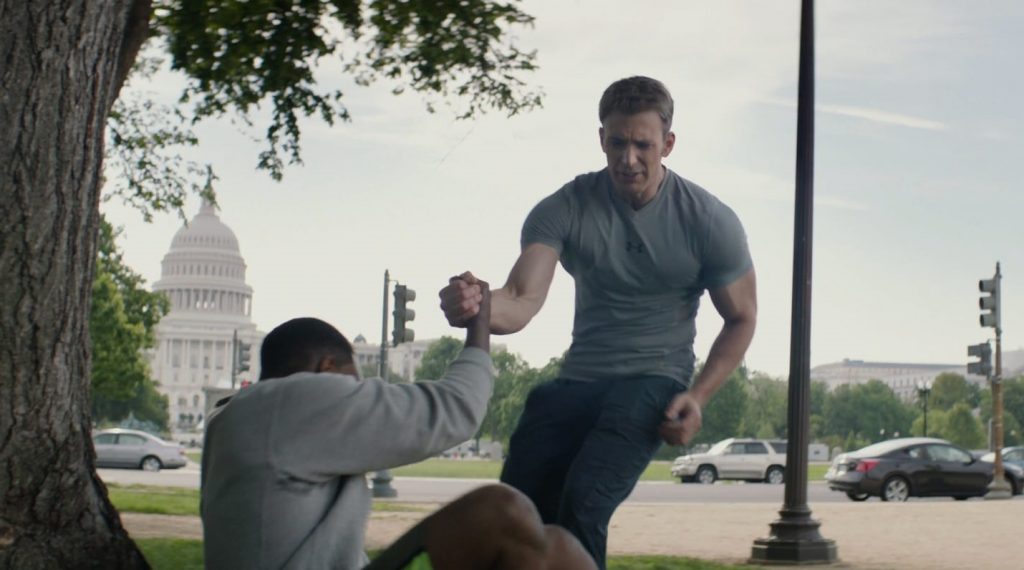 Evidently, Chris Evans gets ripped in preparation for every time he’s due to play Captain America. Filming as the character, however, in actuality sees Evans lose some of this shreddedness as time goes on: sweating it out during Marvel shoots, through running around in the heavy Captain America suit, means Evans actually loses weight as shooting progresses.

Which is why Evans has to film the scenes featuring Steve Rogers in figure-hugging T-shirts first.

6. There’s a specific homage to Star Wars in almost every Marvel movie 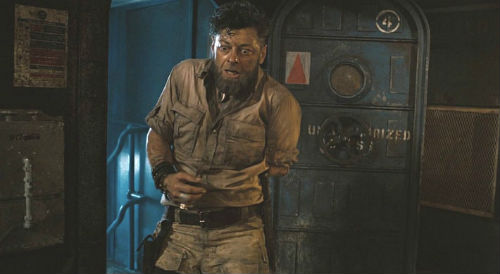 Have you noticed how characters can’t stop getting their arms cut off in Marvel’s recent movies? In all films from Phase Two onwards, including Guardians of the Galaxy, Thor: The Dark World, Captain America: The Winter Soldier, Iron Man 3, Age of Ultron, Ant-Man, Civil War, Black Panther and Infinity War, someone loses a hand or arm. It’s all part of a deliberate tribute by Kevin Feige to Star Wars, a series which has long been relieving characters of their limbs.

7. Captain America’s Winter Soldier to-do list changes depending on which version of the film you watch 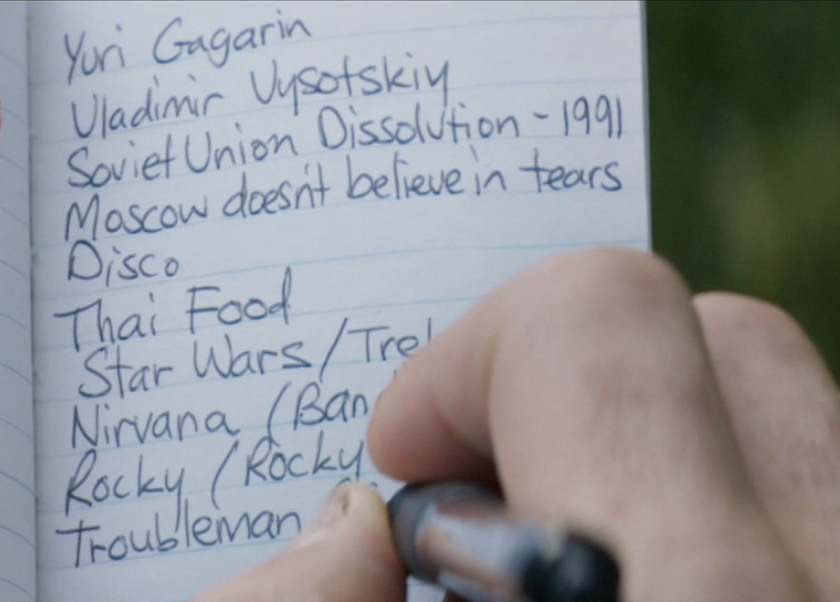 In Captain America: Winter Soldier, we find Steve Rogers making up for lost time in a modern-day Washington DC, after having spent decades literally on ice.

To cover everything he’s missed out on over all those years, Cap has his own catch-up list. What you might not know is that this list changes depending on what country you’re watching the film in.

The UK version of Winter Soldier has Sean Connery and the World Cup Final (‘1966’) on Steve’s list, while in the US version you’ll see Cap is looking to know more about Steve Jobs and disco. There are 11 different lists for 11 different versions of the film, each catering to German, Russian, South Korean and Latin American audiences, among others.

8. Chris Hemsworth’s brother could have been Thor 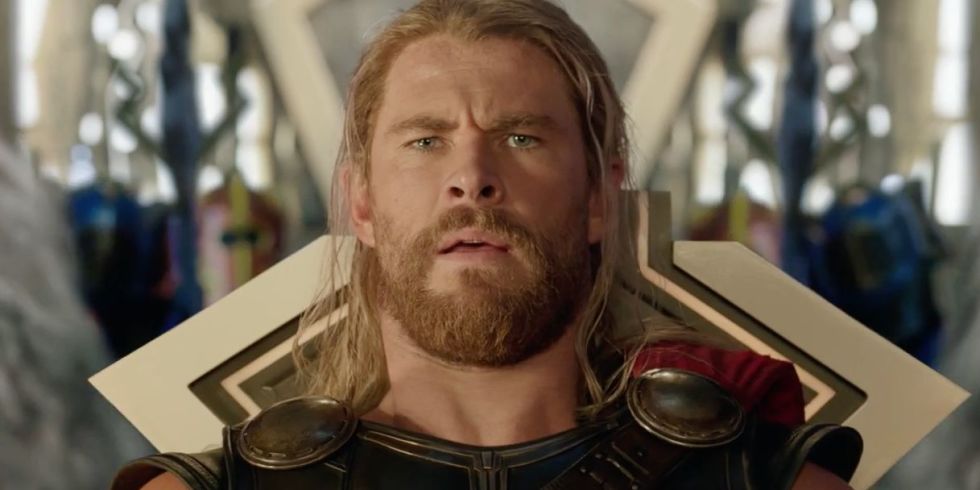 Chris Hemsworth almost didn’t land the part of Thor, apparently ‘blowing’ his first audition and only kicking things into gear with a follow-up audition when he discovered a bit of personal motivation: his brother Liam was being seriously considered for the part.

This prompted Chris to nail his second audition, and deny his younger brother any chance of taking the role. 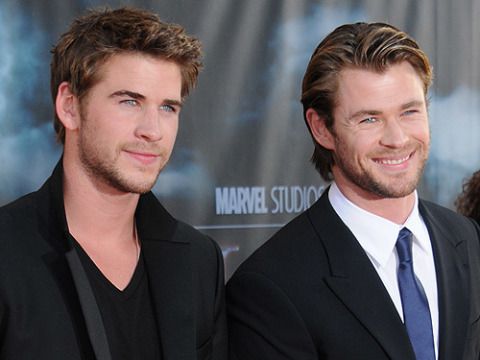 Liam and Chris’ other brother, Luke Hemsworth, last year appeared in a cameo in Thor: Ragnarok, as an Asgardian actor playing Thor in a theatrical production – meaning all three Hemsworth brothers have had a crack at playing the character in one way or another.

9. Rachel McAdams was considered for Pepper Potts before Doctor Strange 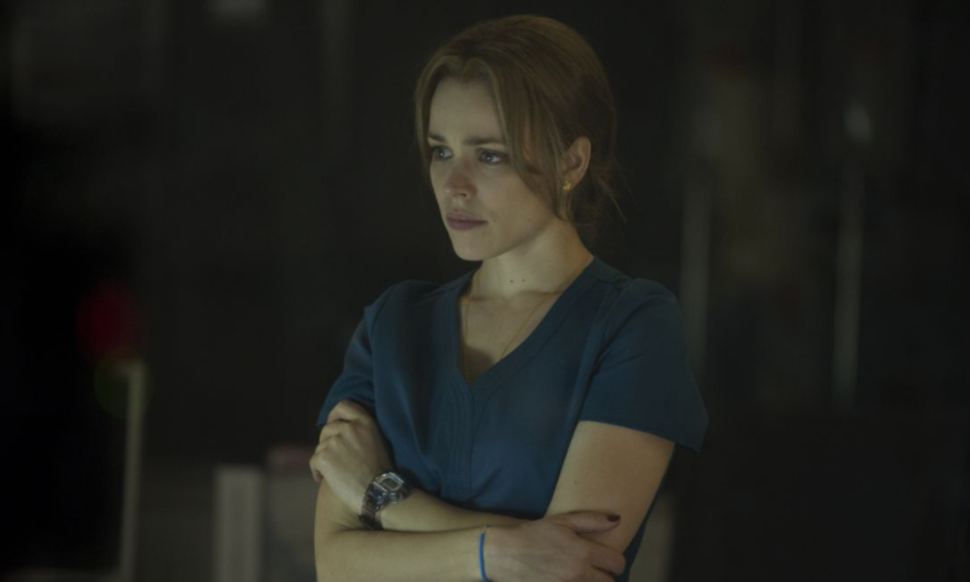 Way before she joined the universe in the debut film of Marvel’s newest addition, Rachel McAdams was actually considered for the very first MCU film.

Though ultimately entering the Marvel stable in 2016 with Doctor Strange, introducing herself as Stephen Strange’s love interest, McAdams could have been an MCU member from the very beginning; she was Jon Favreau’s first choice to play Pepper Potts in Iron Man, but she turned it down, leaving the part open for Gwyneth Paltrow. 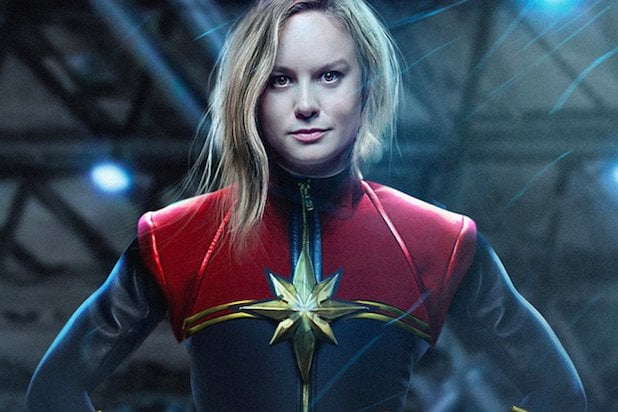 One of the most hotly anticipated new movies from the MCU will arrive next year, in the form of Captain Marvel, which will feature Brie Larson’s titular hero for the first time. The original plan, however, was to bring Captain Marvel into the fold much earlier, with a cameo in Age of Ultron.

The script for Age of Ultron initially had Captain Marvel swooping into Avengers HQ at the end of the film.

Ultron director Joss Whedon shot visual effects plates for this sequence, but the idea was scrapped, and Captain Marvel was replaced in the shots by Scarlet Witch.

The striking opening of Guardians of the Galaxy Vol 2, which features Groot dancing through an action sequence to the tune of Mr Blue Sky in a single shot, took almost the length of time between that film’s release and the release of its predecessor to create. According to director James Gunn, it “took over two years of planning and acting out” just to realise this one shot.

12. Ragnarok’s “He’s a friend from work!” line was written by a fan

One of the best lines in the joke-heavy Thor: Ragnarok, and one which the first trailers for the film led with, is the “He’s a friend from work!” zinger, delivered by a gleeful Thor when he realises the fearsome creature he’s due to fight in gladiatorial combat is fellow Avenger the Hulk. 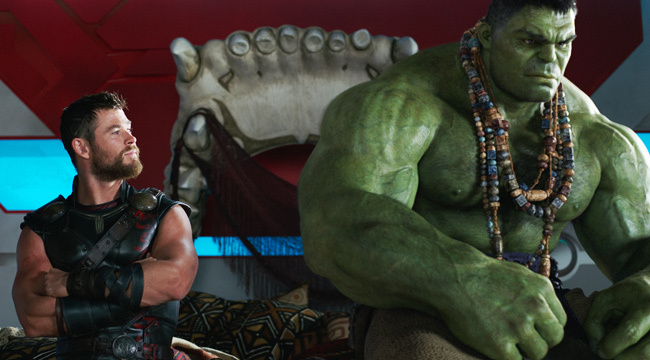 This line, however, wasn’t even in the shooting script for the film. Even more amazingly, it was a fan who came up with it.

Visiting the set with the Make-A-Wish foundation, the fan casually suggested the line to Hemsworth in between takes. The line then was shot, made it into the film, and became instantly iconic.