When Scream was released in 1997, it revolutionised the genre with its commentary on the slashers that had come before it. Similarly, when the hotly anticipated sequel was released in 1999, it reflected on the cliches and pitfalls of a horror sequel, from the fact that the body count is always bigger to the fact that you can never, ever assume that the killer is actually dead.

So from the precautions that had to be taken to keep the identity of the killer secret, to the actors that fell out with Wes Craven on set, here are the facts you might not have known about Scream 2:

It’s not uncommon for co-stars to fall in love and begin dating whilst appearing in a movie together, but it’s the kind of thing you expect to happen on the set of a romantic comedy or historical period film, rather than on a slasher where everyone spends most of their time screaming and covered in fake blood. However, despite the lack of an amorous atmosphere, the set of Scream played host to two separate couples.

David Arquette and Courtney Cox met on the set of the original Scream movie and began dating a short time later. By Scream 2 the pair were inseparable, and they went on to get married in 1999, just two short years after the sequel’s release. As if that wasn’t enough romance, Sarah Michelle Gellar and Jerry O’Connell also began dating on the set of the film, after attending the same high school at the same time but staunchly ignoring each other the whole time. 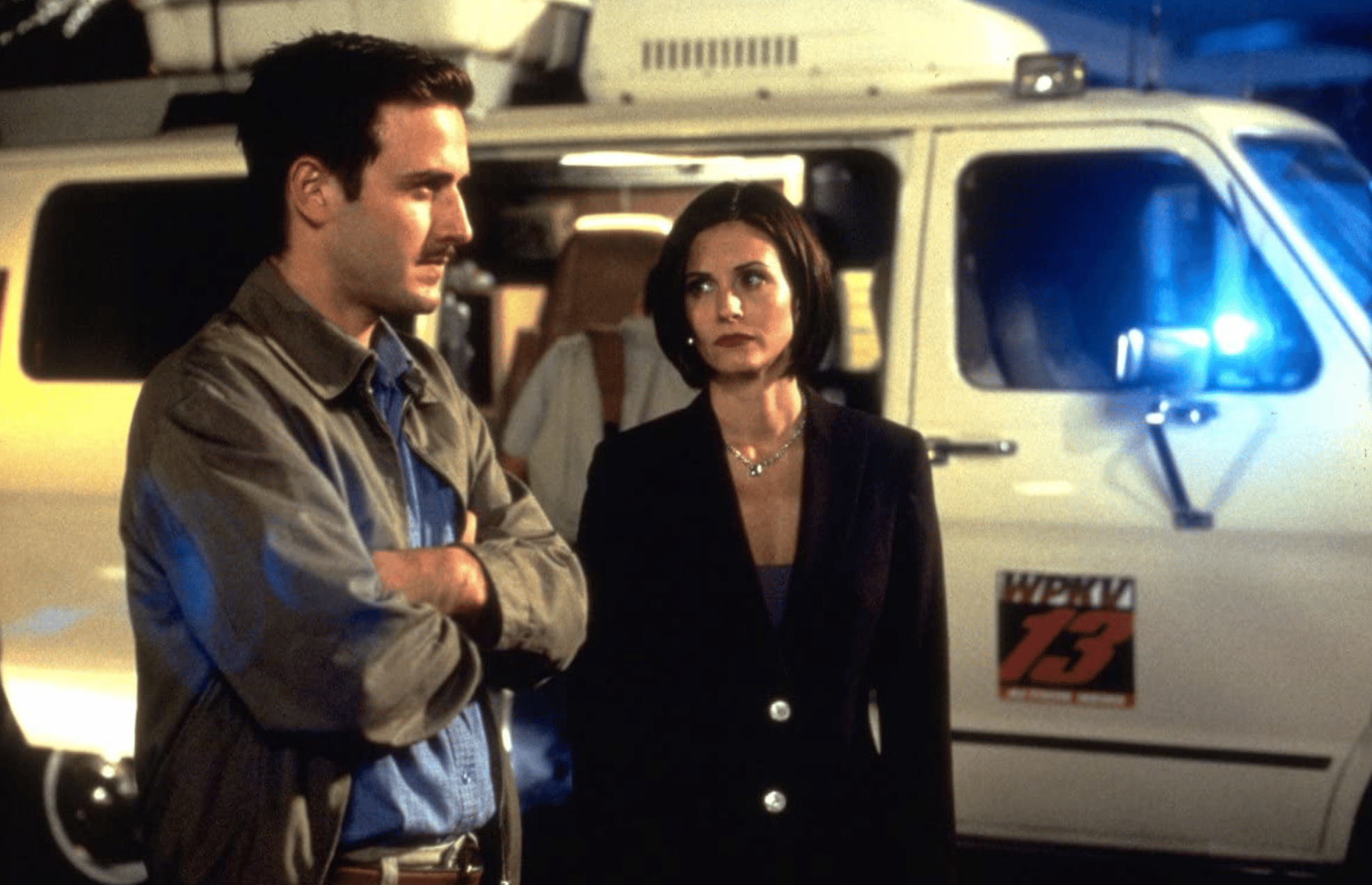 9. The movie went into production without a finished script

Scream becoming an instant horror phenomenon after its release helped Scream 2 in many ways. Not only was there an unbelievable amount of hype in the run-up to the sequel, but there was an excited and eager fanbase determined to find out everything they could about the story. Unfortunately, this also came with significant downsides.

Before Scream 2 could even begin production, a group of determined fans found a leaked version of the script, and it soon spread like wildfire. In response, writer Kevin Williamson had to scrap all the leaked details and rewrite pivotal parts of the story, leading to production beginning without a finalised story or polished dialogue. 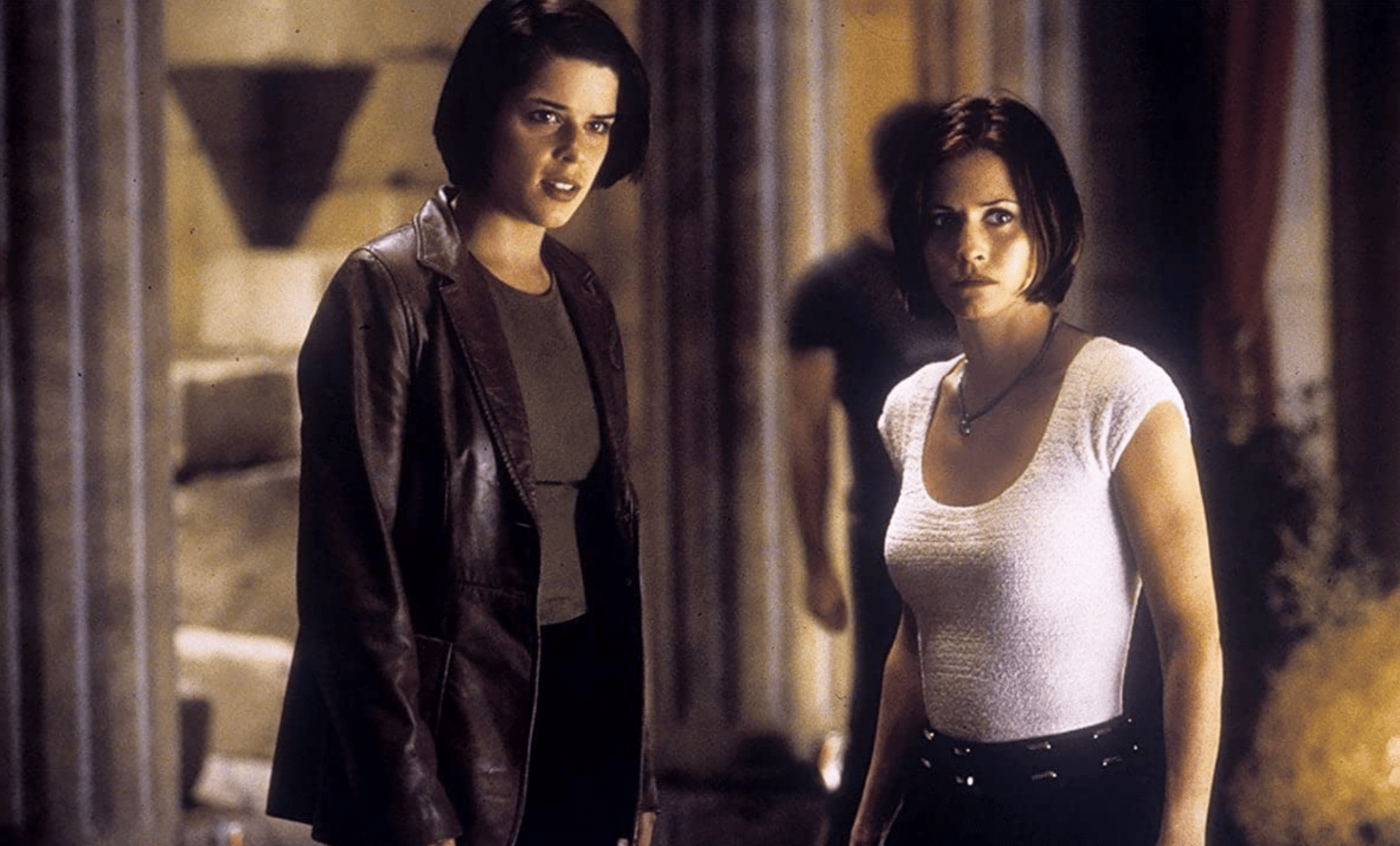 8. The women were all wildly overworked on set

For many actors, getting the chance to star in an instalment of a horror juggernaut like Scream would be the highlight of their career. However, Scream managed to attract many stars who were already highly in demand, thanks to their hugely successful TV careers. This led to a scheduling nightmare as far as the Scream set was concerned, as roughly half the principal cast had other commitments.

Scream 2’s shoot was deliberately scheduled to fall in between seasons of Buffy the Vampire Slayer, meaning that Sarah Michelle Gellar didn’t have to grab a stake and run off to kill bloodsuckers at the end of every shooting day. However, Courtney Cox had Friends’ hectic shooting schedule to contend with, and Neve Campbell had Party of Five.

Campbell would shoot Party of Five on Mondays and Tuesdays then would spend the rest of the week on Scream 2, working all through Saturday night and going home at 6 AM on Sunday morning. She would then have just enough time to wash the fake blood off before going back to Party of Five without sleeping. 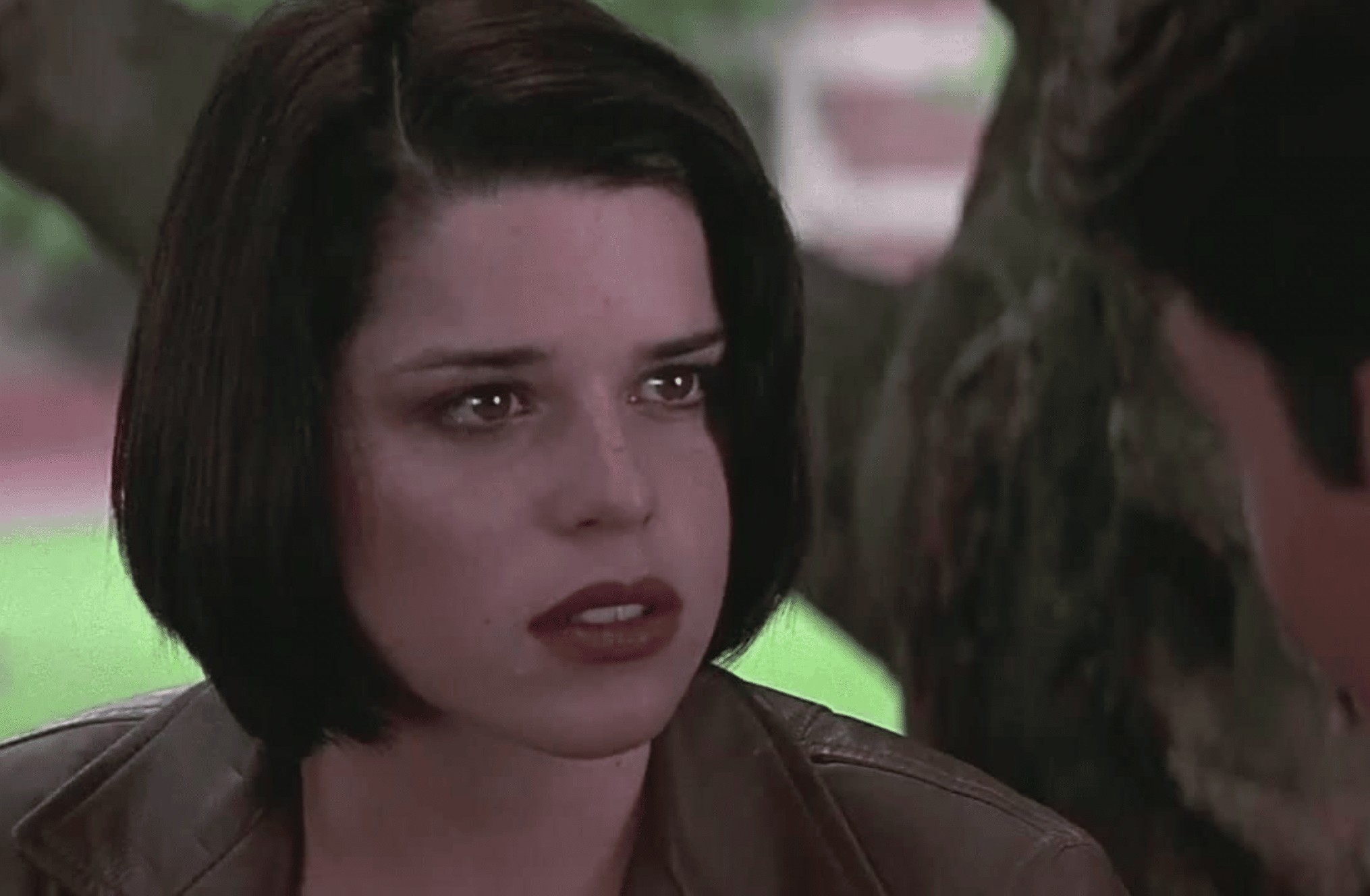 7. The first cut of Scream 2 was deliberately extreme

After falling out majorly with the ratings board over edits he was forced to make to the kills in the original Scream, Wes Craven was determined to avoid the same thing happening with Scream 2. To avoid the kills being cut down beyond all recognition, Craven started out with a cut that was twice as extreme as what he actually intended to send to theatres.

Craven was convinced that the ratings board would insist the kills be edited down to make them less intense, leaving him with a cut of the movie he still felt proud of. However, in a surprise twist the ratings board didn’t take issue with any of the kills in the film, allowing Wes Craven to send a movie to theatres that was twice as brutal than he originally intended. 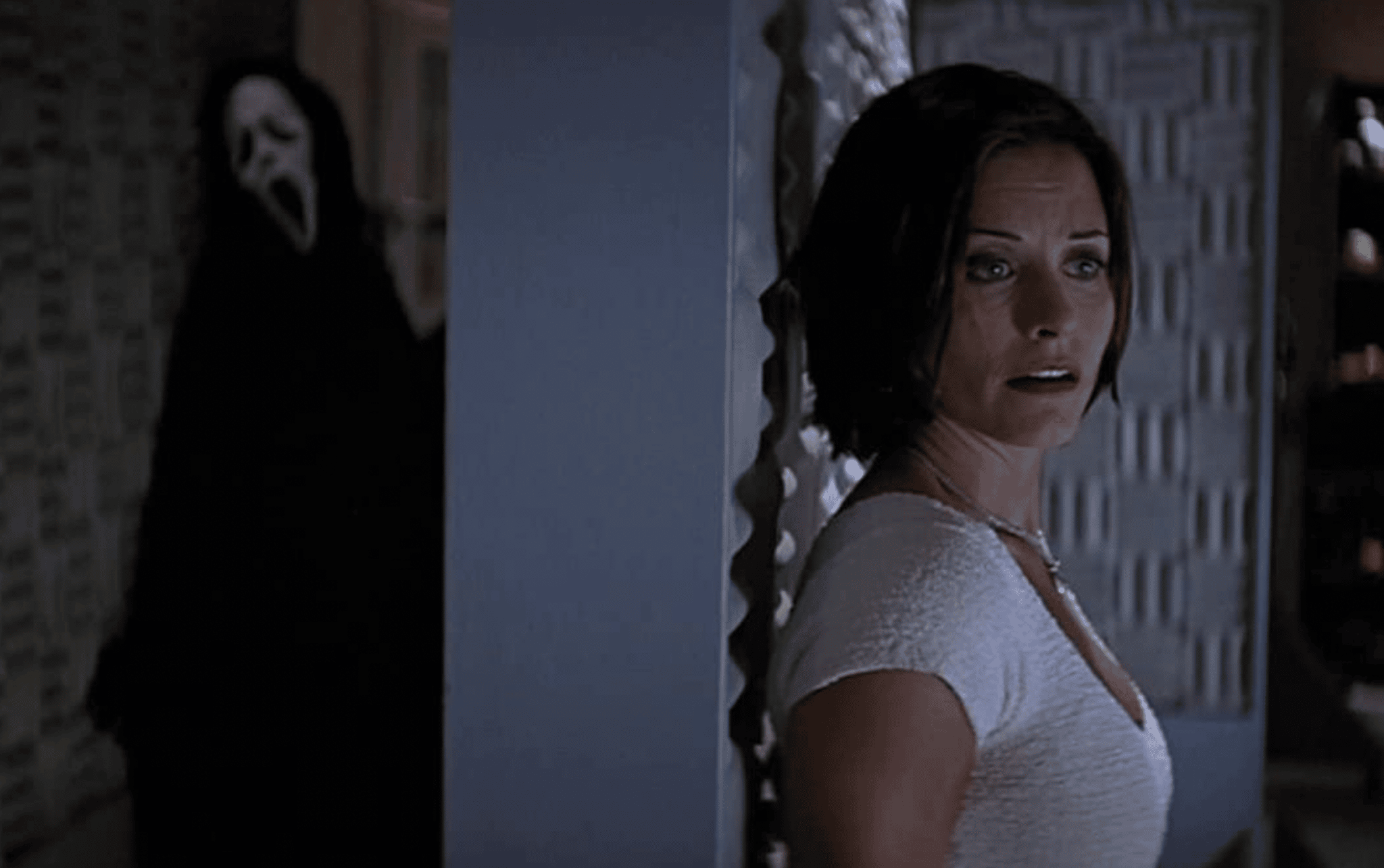 By the time Scream 2 began shooting in 1998, Sarah Michelle Gellar was already well on her way to being a superstar. In 1997, the same year that the first Scream was released, I Know What You Did Last Summer also hit theatres. Also written by Kevin Williamson, Gellar starred in the teen slasher as spoiled prom queen Helen Shivers, before also taking to the small screen to debut Buffy the Vampire Slayer in the same year.

So when Scream 2 was casting around for some new additions to its young adult roster, it’s no surprise that Sarah Michelle Gellar was snapped up for the character of Cici Cooper. Gellar was so enthusiastic about joining the cast of Scream 2 that she said yes as soon as her agent contacted her about the opportunity, without even reading the script. 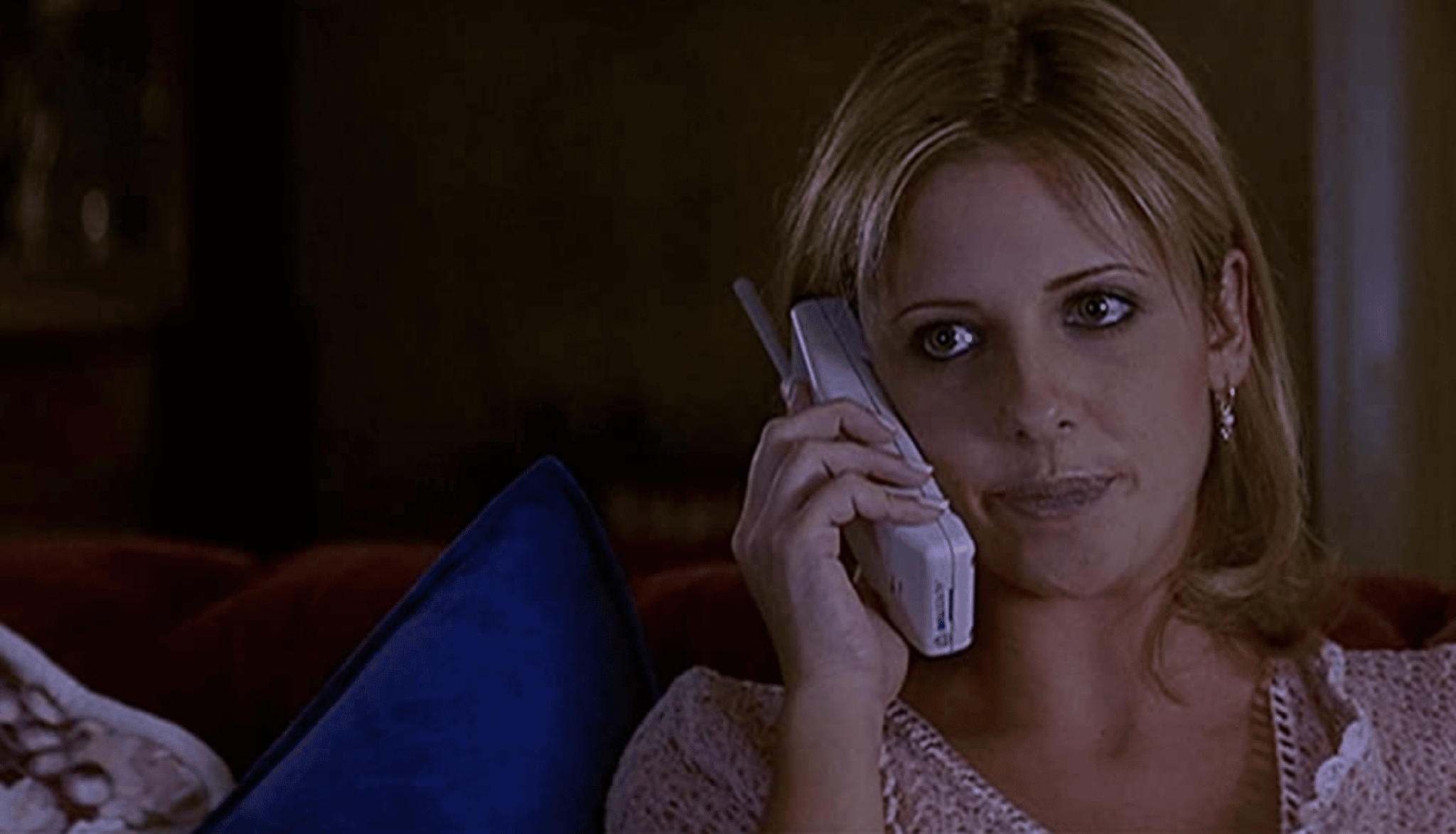 5. The song that plays over the last scene was originally very different

The final scene of Scream 2 features the 1997 post-grunge classic She Said by Collective Soul. Though the lyrics don’t have much to do with the plot of the film, the aggressively 90s slacker rock sound is the perfect accompaniment to the movie. However, She Said was not the song that was originally going to play out the movie.

Originally, Wes Craven and the rest of the team wanted Bittersweet Symphony by The Verve the play over Scream 2’s final scene. However, Bittersweet Symphony samples arrangements that originally appeared in a song by The Rolling Stones, the track was far too expensive to licence for the movie. That didn’t stop Dangerous Liaisons from using the song in 1988 however. 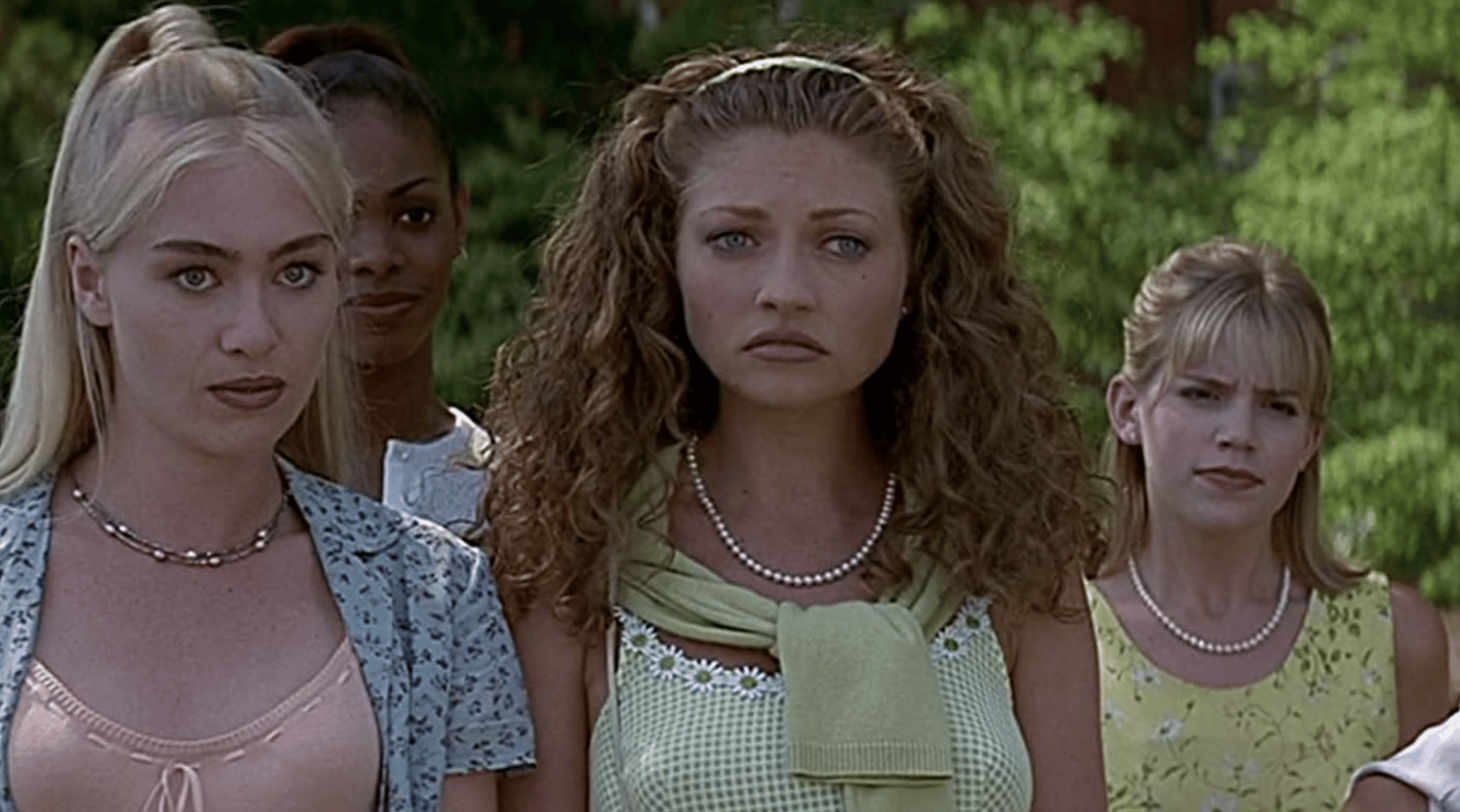 4. Titanic didn’t want to compete with the movie

No one could have predicted the success of Scream. The whole world of horror shifted on its axis after its release, going from tired reboots and endless sequels to horror that was aware of the cliches, self-referential and unafraid to be funny. By the time Scream 2’s release date was swirling through Hollywood, many studios were intimidated by the amount of hype it had already gained, and wanted to avoid competing with it.

While it makes sense that other horror films would avoid hitting theatres at the same time as Scream 2, it was not just other genre flicks that were intimidated by sharing a schedule with the eagerly-awaited sequel. Both Tomorrow Never Dies and Titanic were originally scheduled to open the same week as Scream 2, but shifted their dates in order to avoid their box office numbers being affected by Ghostface. 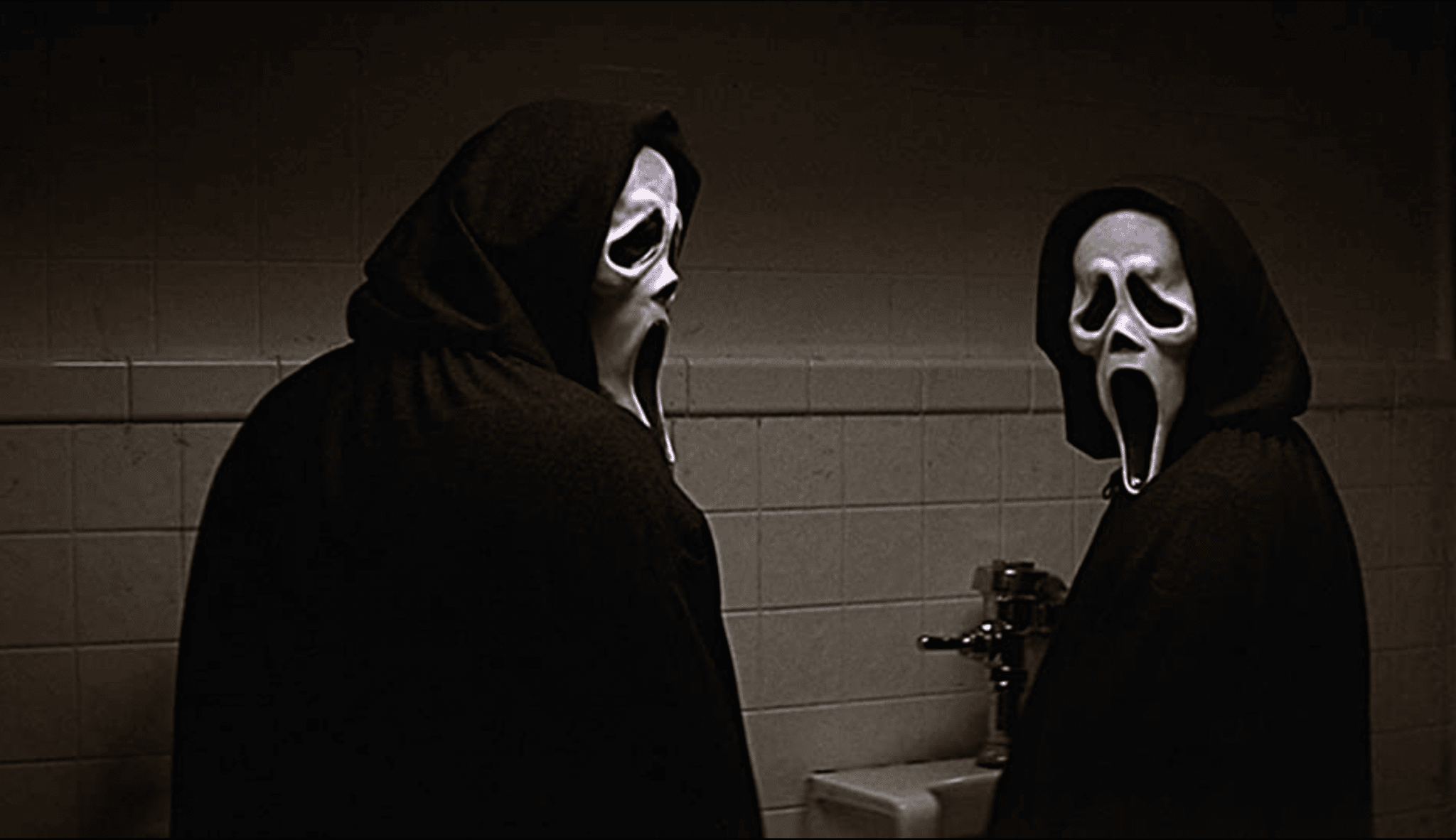 Despite the cast of Scream 2 working like a well-oiled machine, and the film itself easily living up to audience expectations, the production wasn’t entirely smooth sailing. Two crucial members of the Scream 2 team just couldn’t find a way to get along: namely director Wes Craven and star Sarah Michelle Gellar, who clashed often throughout the shoot.

Wes Craven was annoyed by Sarah Michelle Gellar’s so-called “diva behaviour”, which suggested that she had an outsized opinion of her own importance, both in general and to the franchise. Gellar has denied ever being too big for her boots, but many horror fans have suggested that Scream 3’s Sarah Darling is meant to be an unflattering portrait of Gellar, courtesy of Craven. 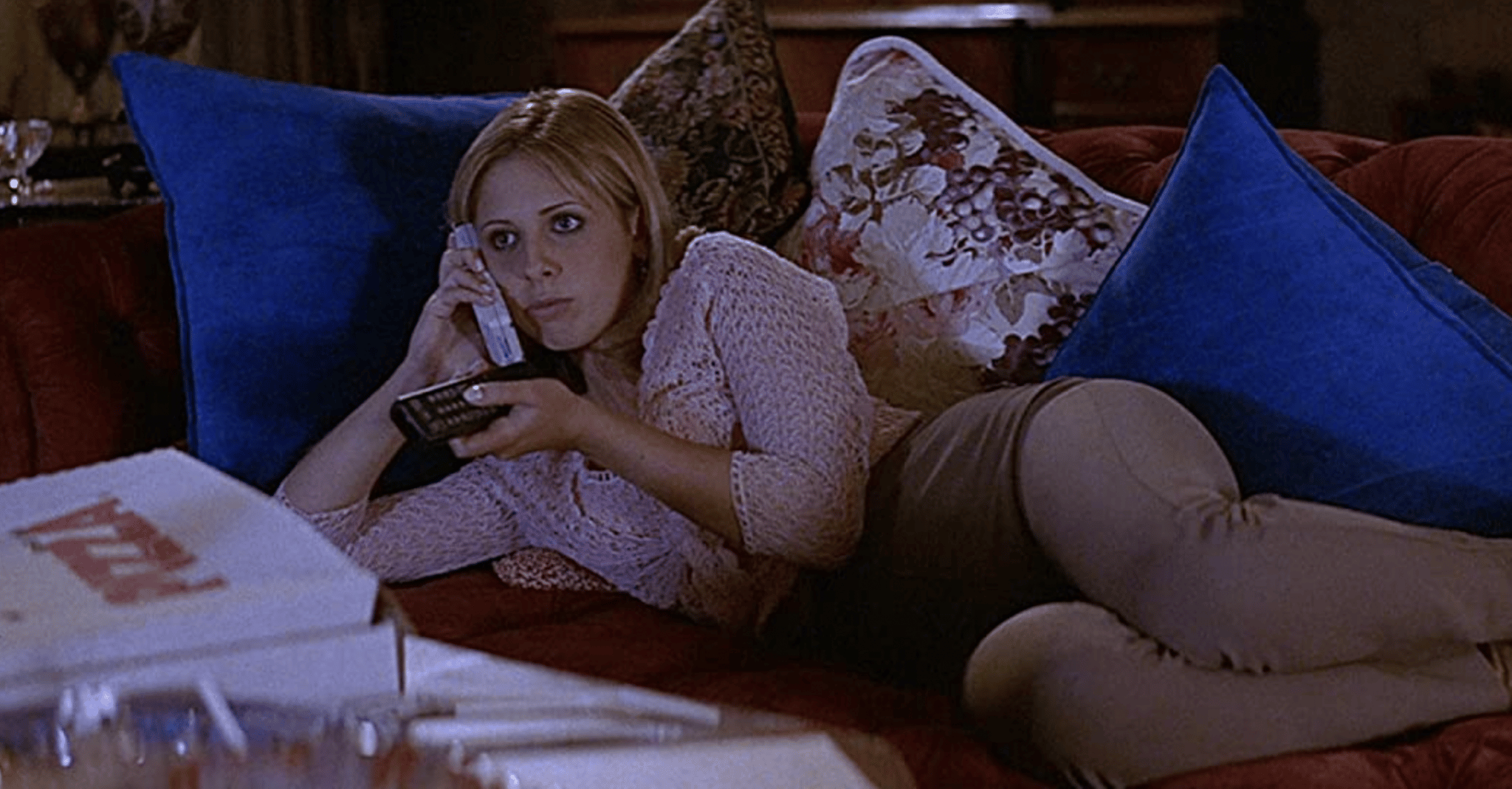 2. The cast all placed bets on the identity of the killer

When it comes to slashers like Scream, one question is important above all others: who is the killer? Scream 2’s production went to untold lengths to keep the identity of the killer from leaking to the public before the movie’s release, by printing the script on grey paper to discourage duplication, and by not giving the cast the script for pivotal scenes until the day of shooting.

No one in the cast, with the exception of the actor actually playing the killer, were told the identity of the villain until the very last day of principal photography. So until the truth was revealed, the cast amused themselves by placing bets on who they thought would turn out to be the killer, by puzzling out any clues that they could find in their scripts. 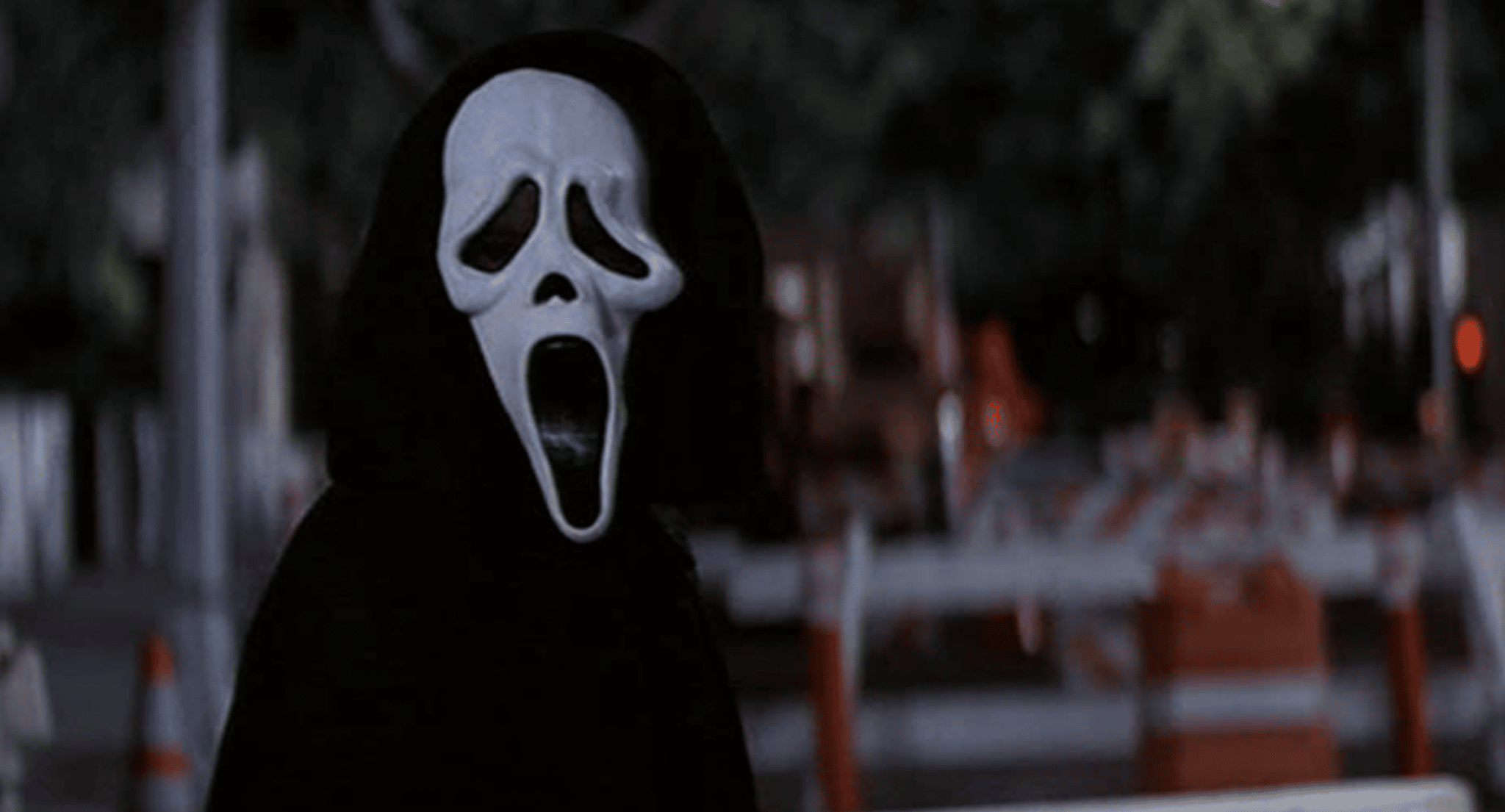 1. The score of another movie was used in the final project

When a movie is in the early stages of being put together in the editing room, editors will often overlay scenes with pieces of score from other movies, that best evoke the emotion that the scene is supposed to capture. These scratch tracks are often shown to the composers to help them get an idea of what tone they should be aiming for in their own score. However, that’s not what happened with Scream 2.

When the ending of Scream 2 was being put together in the editing room, excerpts of Hans Zimmer’s score from 1996’s Broken Arrow were used as a placeholder…. and then they stuck around all the way to test screenings with audiences. Audiences were so obsessed with Zimmer’s score that Craven decided to keep it in, replacing the Marco Beltrami track that had been written for the scene. 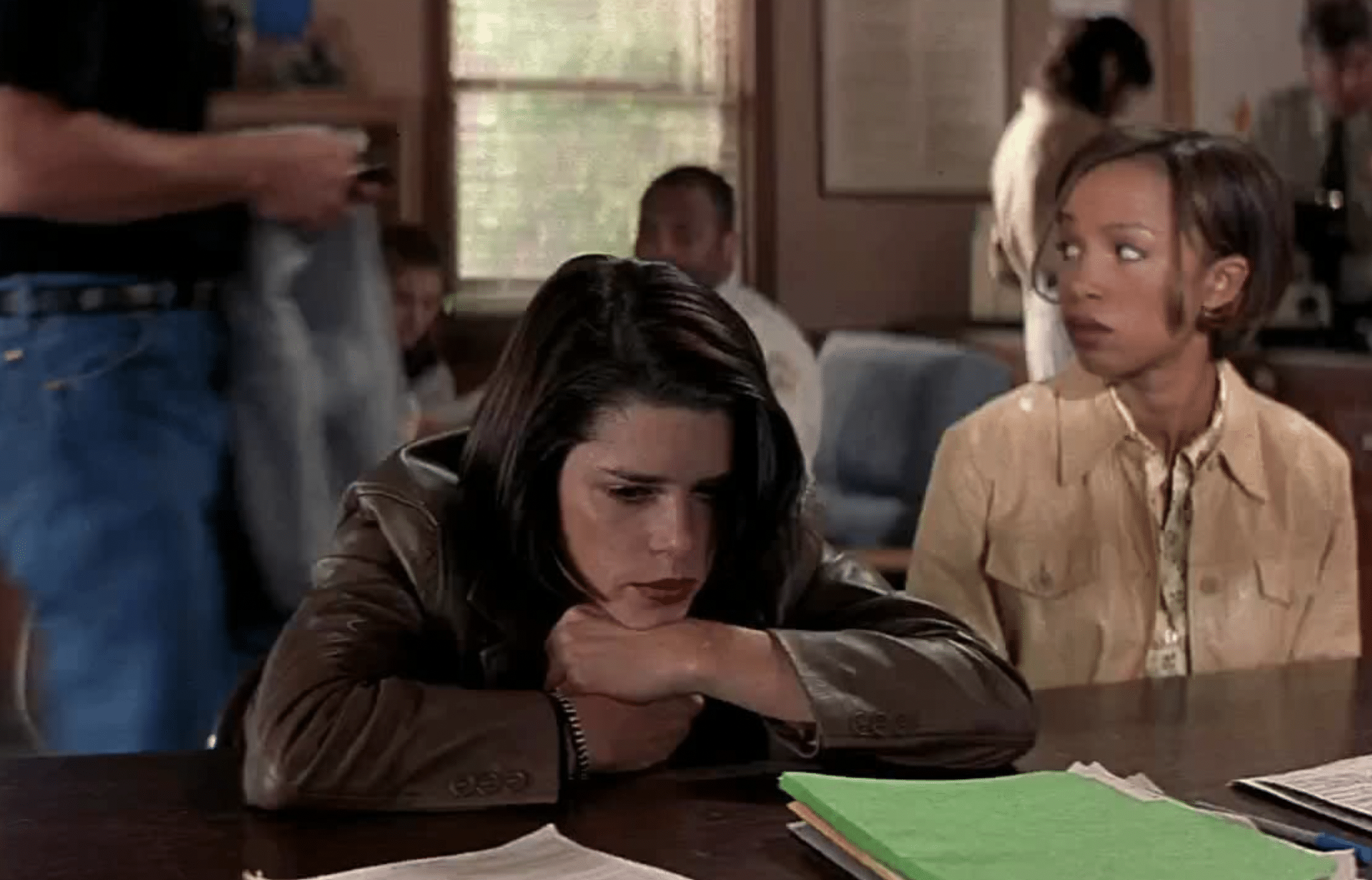