25 Things You Didn’t Know About Buffy The Vampire Slayer

Buffy the Vampire Slayer: the American supernatural drama following Buffy Summers, the latest in a line of Vampire Slayers. Buffy, like most girls her age, wants to live a normal life, but learns to embrace her destiny as the series progresses.

Buffy, like previous slayers, is aided by a ‘Watcher,’ guiding, teaching and training her. Buffy surrounds herself with a circle of loyal friends, who become known as the “Scooby Gang.” The series premiered on March 10, 1997, and concluded on May 20th, 2003,  receiving critical and popular acclaim and frequently being listed as one of the greatest TV shows of all time.

In this post, we explore some of the things you probably didn’t know about the series, so grab your crosses and garlic as we dive deep into the land of vampires… 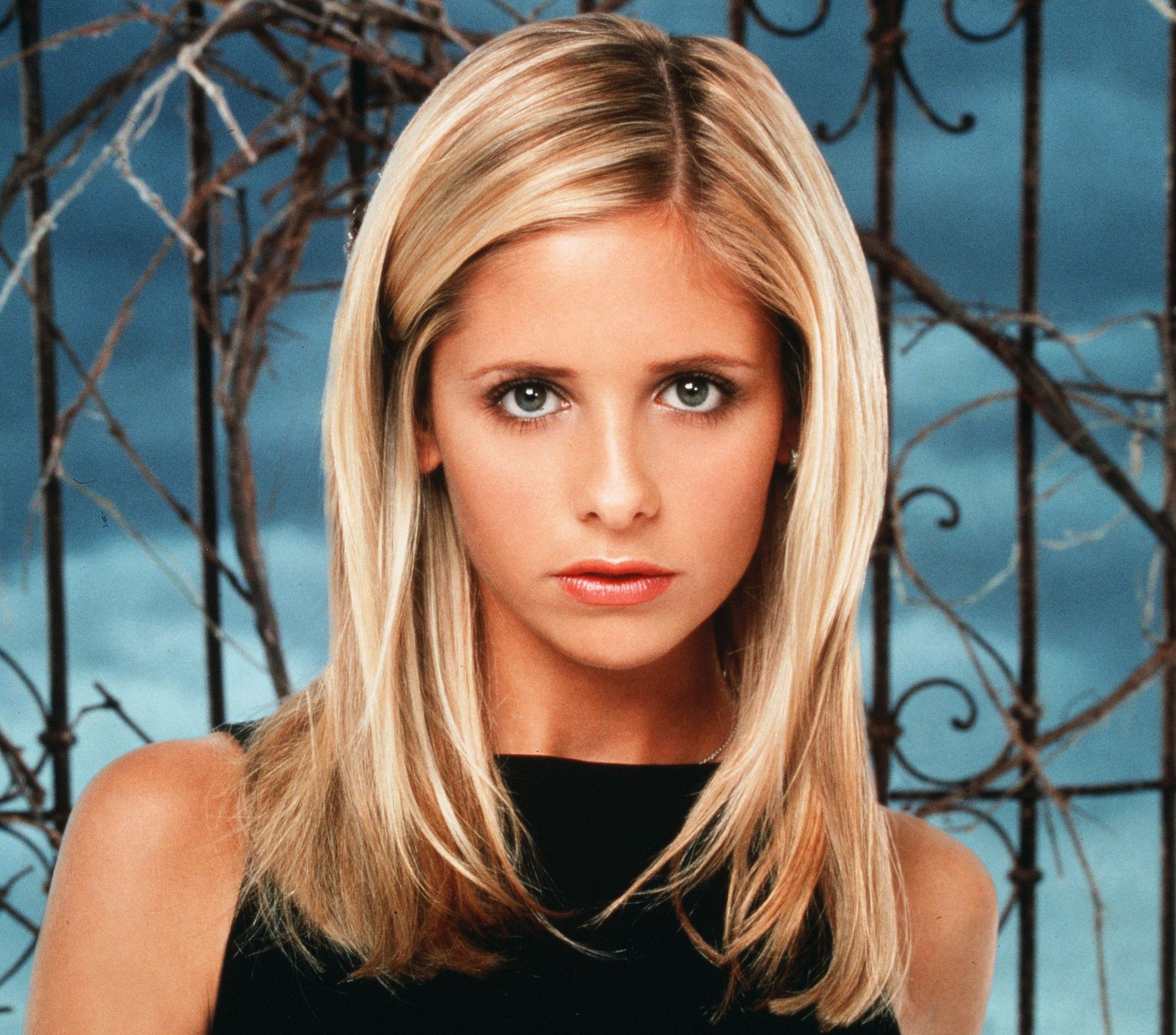 Before Sarah Michelle Gellar accepted the role of Buffy The Vampire Slayer, she was also up for the part of Sabrina Spellman in Sabrina, The Teenage Witch.

Gellar’s best friend at school, Melissa Joan Hart, got the role of Sabrina instead.

24. Katie Holmes could have been Buffy 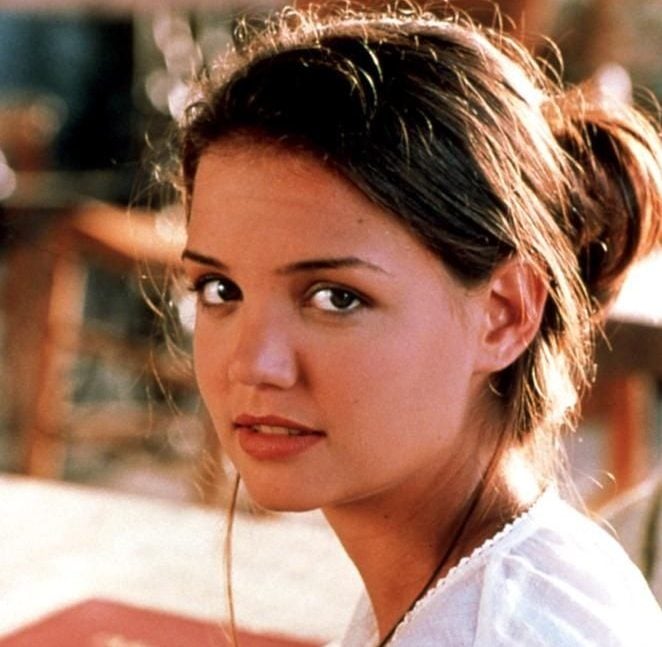 Before Sarah Michelle Gellar landed the part of Buffy, two other prominent Hollywood actresses were in the running.

Katie Holmes was offered the role but turned it down so she could focus on her studies. Selma Blair also auditioned for the lead, but Gellar ultimately won out.

23. Ryan Reynolds turned down a lead part on the show 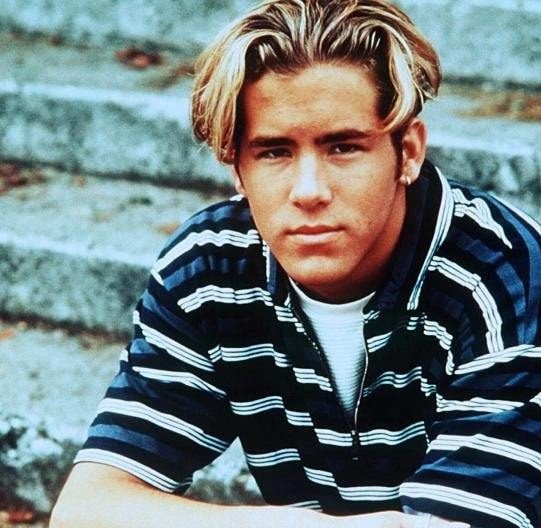 Deadpool actor Ryan Reynolds was offered the role of Xander on Joss Whedon’s show, but ended up turning it down

“I love that show and I loved Joss Whedon,” he told The Toronto Star in 2008. “But my biggest concern was that I didn’t want to play a guy in high school.”

22. Gellar was almost cast as a different character 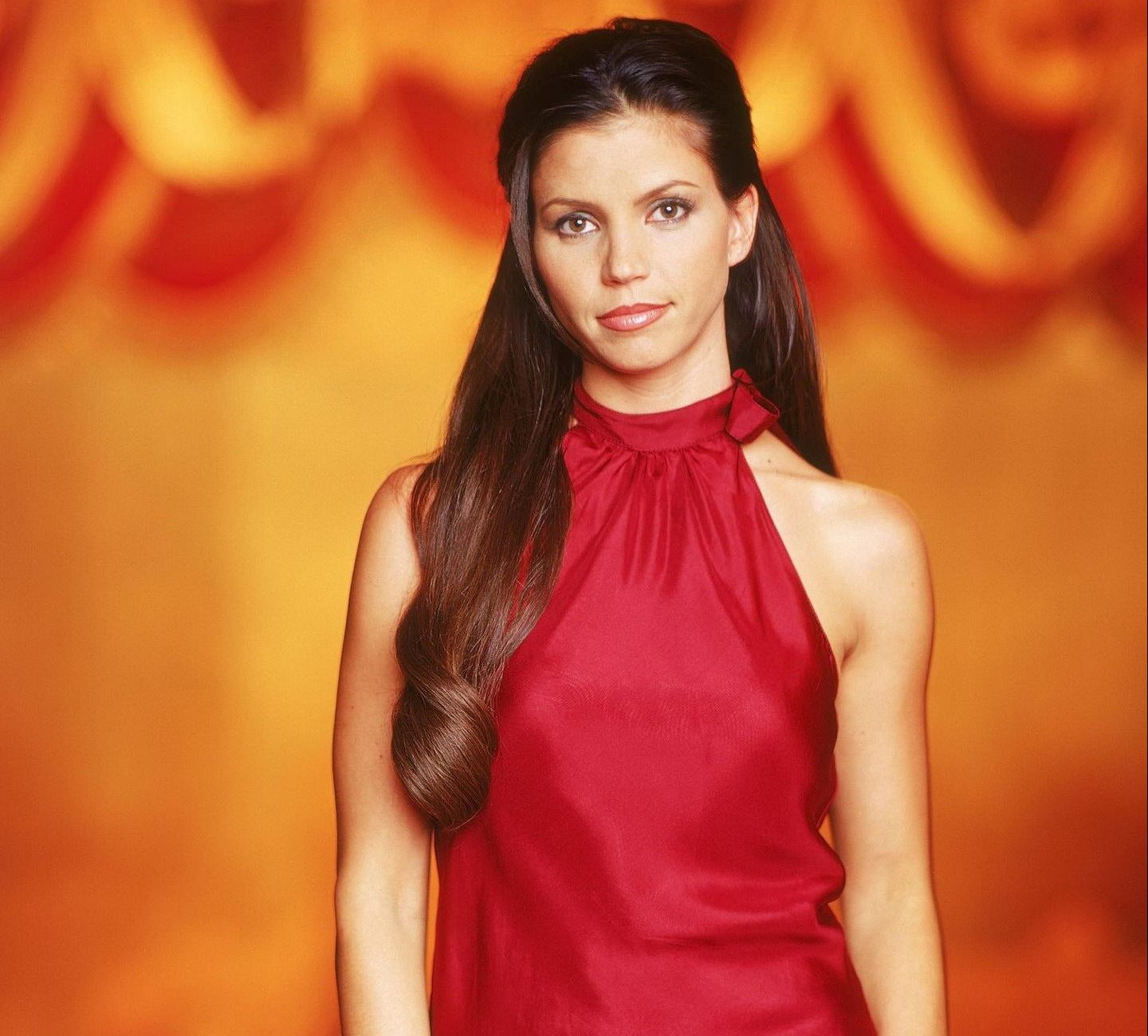 In a smart move, producers made them swap roles.

21. The role of Willow was recast after the pilot 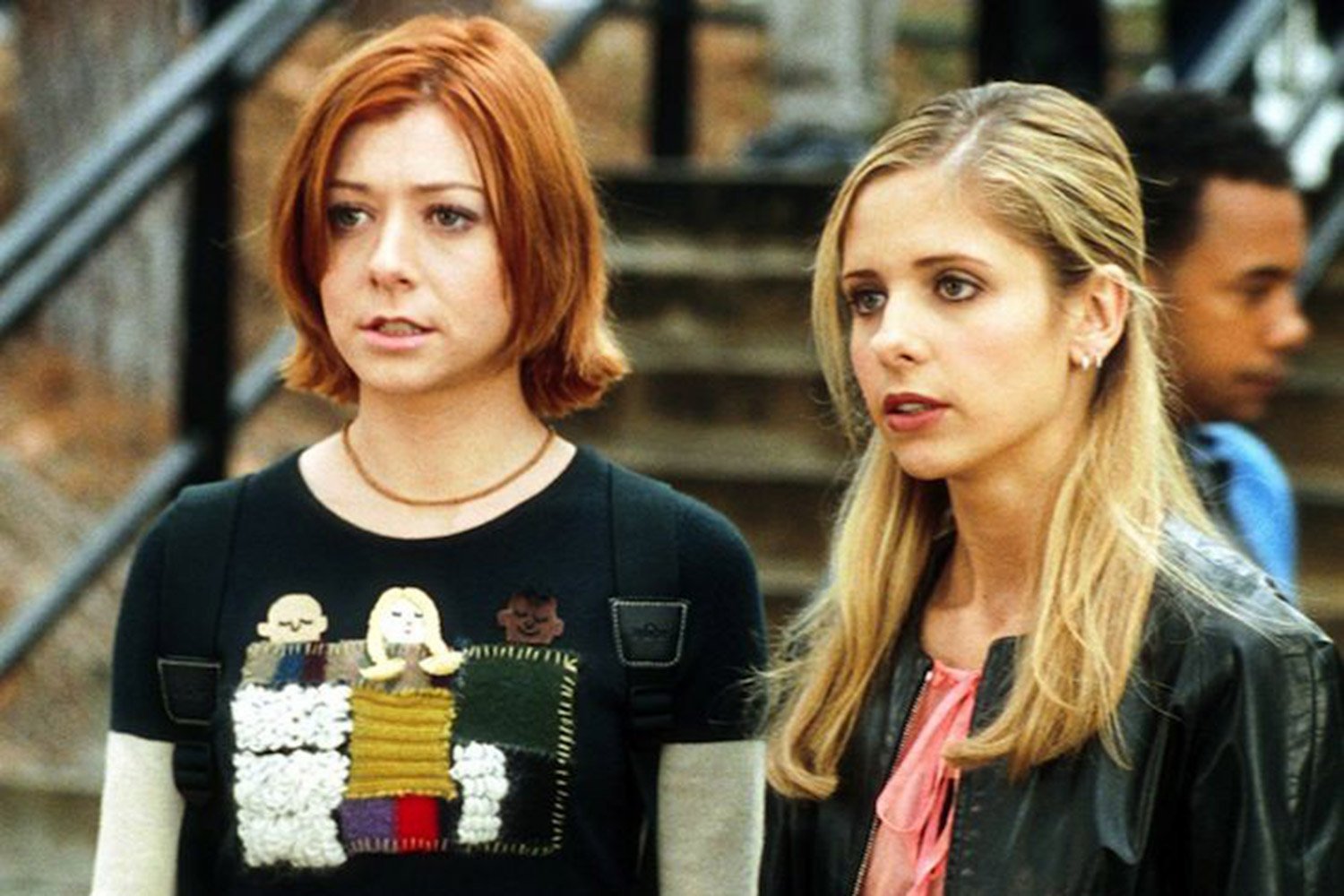 Producers felt that the original actress wasn’t quite right when they filmed the pilot of Buffy.

As such, they enlisted Alyson Hannigan in the role and we can’t imagine anyone else doing a better job.

20. David Boreanaz got the part of Angel after he was spotted walking his dog 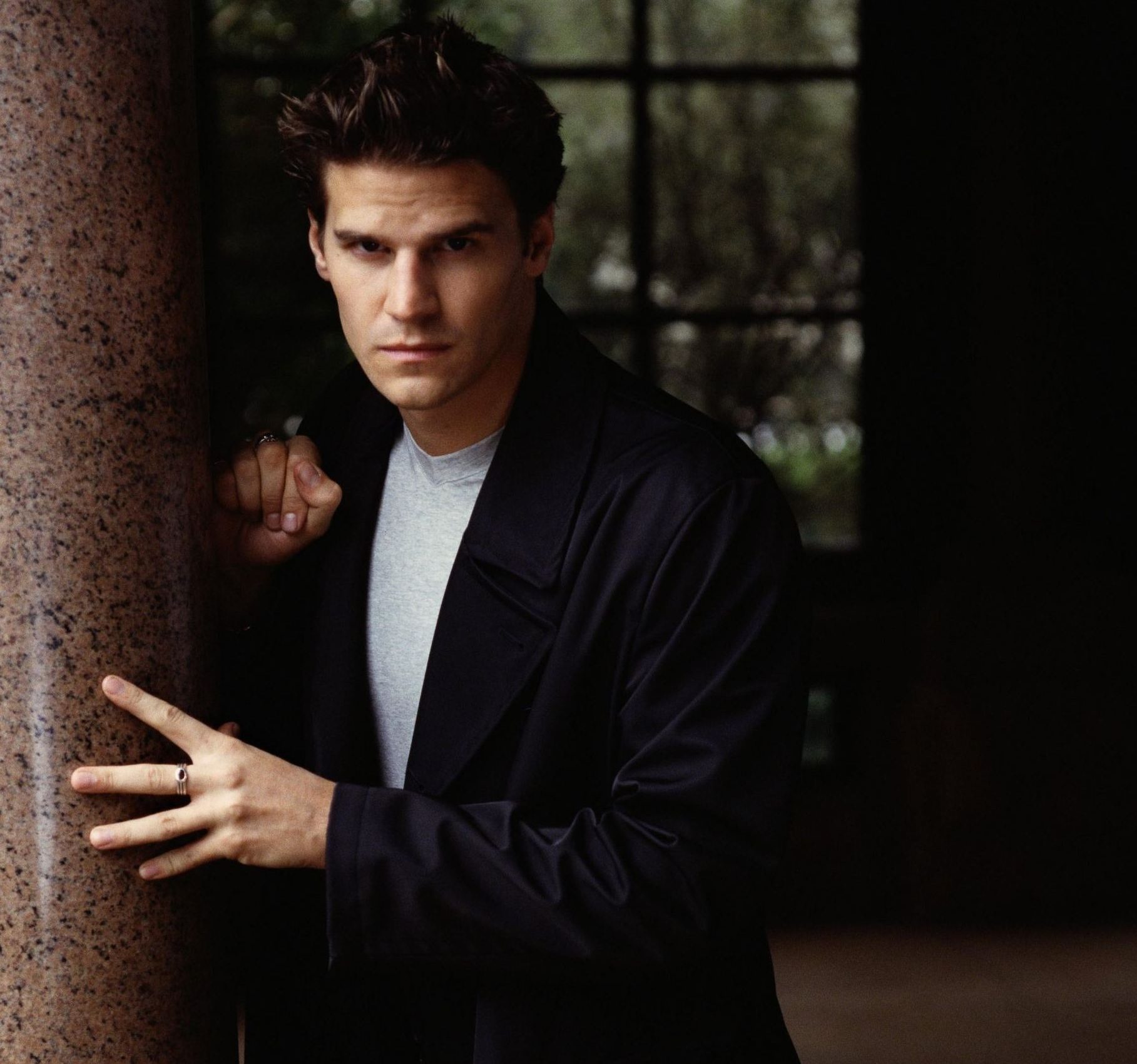 David Boreanaz, who plays Angel, was discovered by the casting director’s friend.

They were struggling to cast the part of Angel when a friend spotted him walking his dog. They asked him to audition because he fit the part so much. 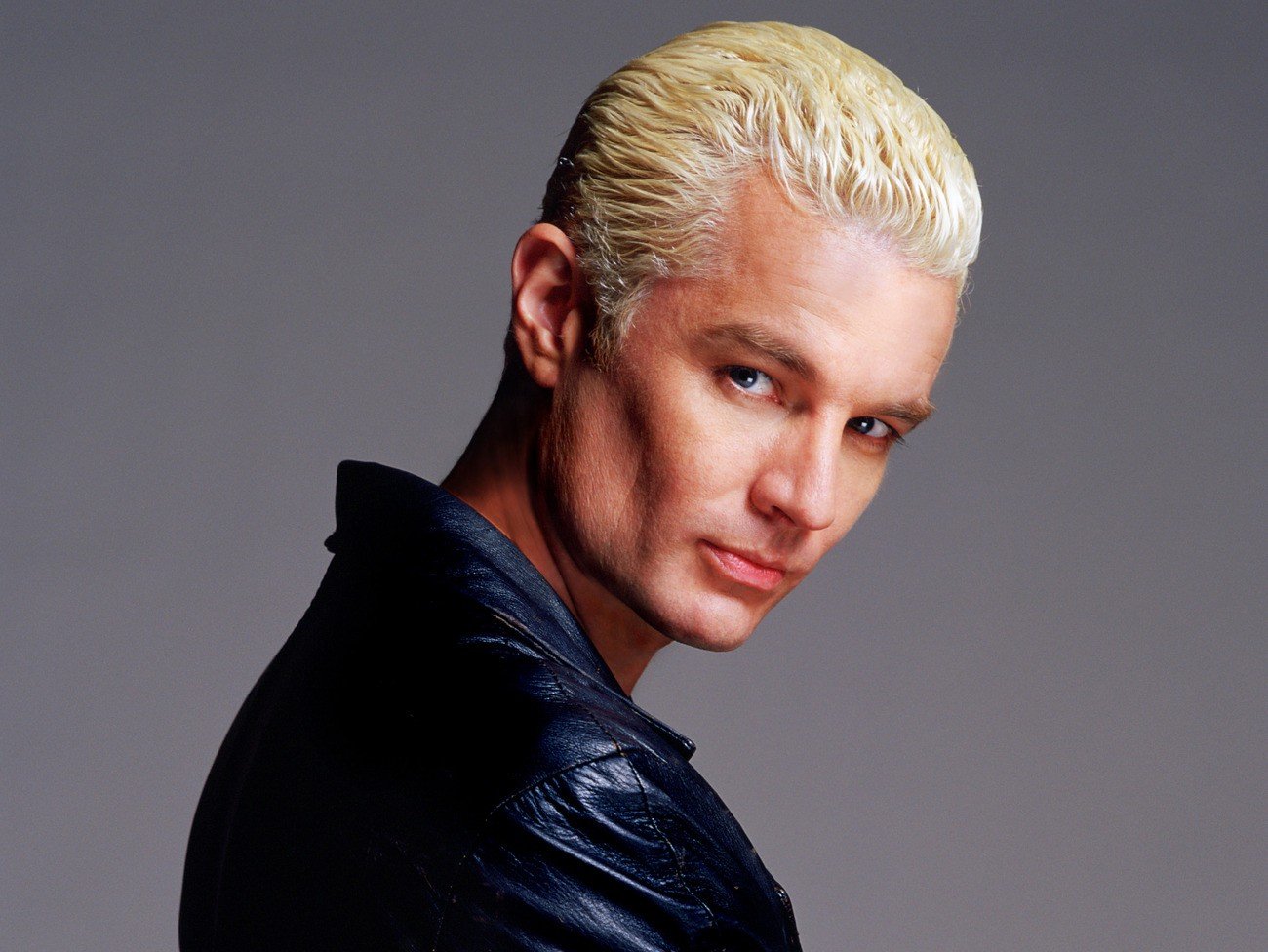 Despite portraying a Londoner, James Marsters is actually from California and auditioned to play Spike with a Texas accent.

Producers ultimately decided it would be better if the character was made British instead and Anthony Head acted as his dialect coach throughout the series. 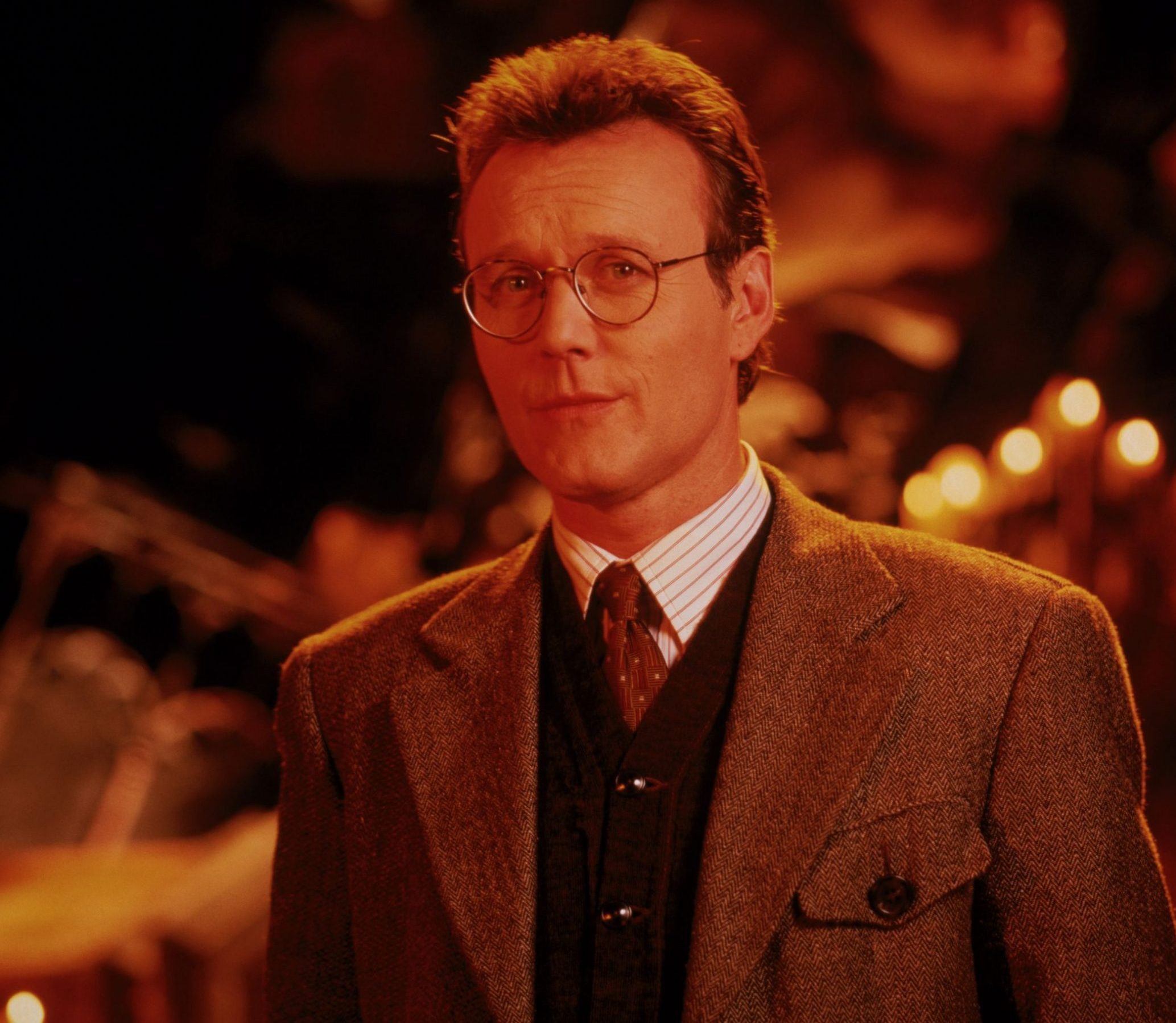 After he was cast as Giles – Head was the first actor to be cast out of everybody, in fact – Anthony Head ended up pulling double-duty on the Buffy set.

When it was decided Spike was to be English, James Marsters turned to Head, and made the Englishman his informal on-set acting couch.

17. One key character was meant to die in the second episode 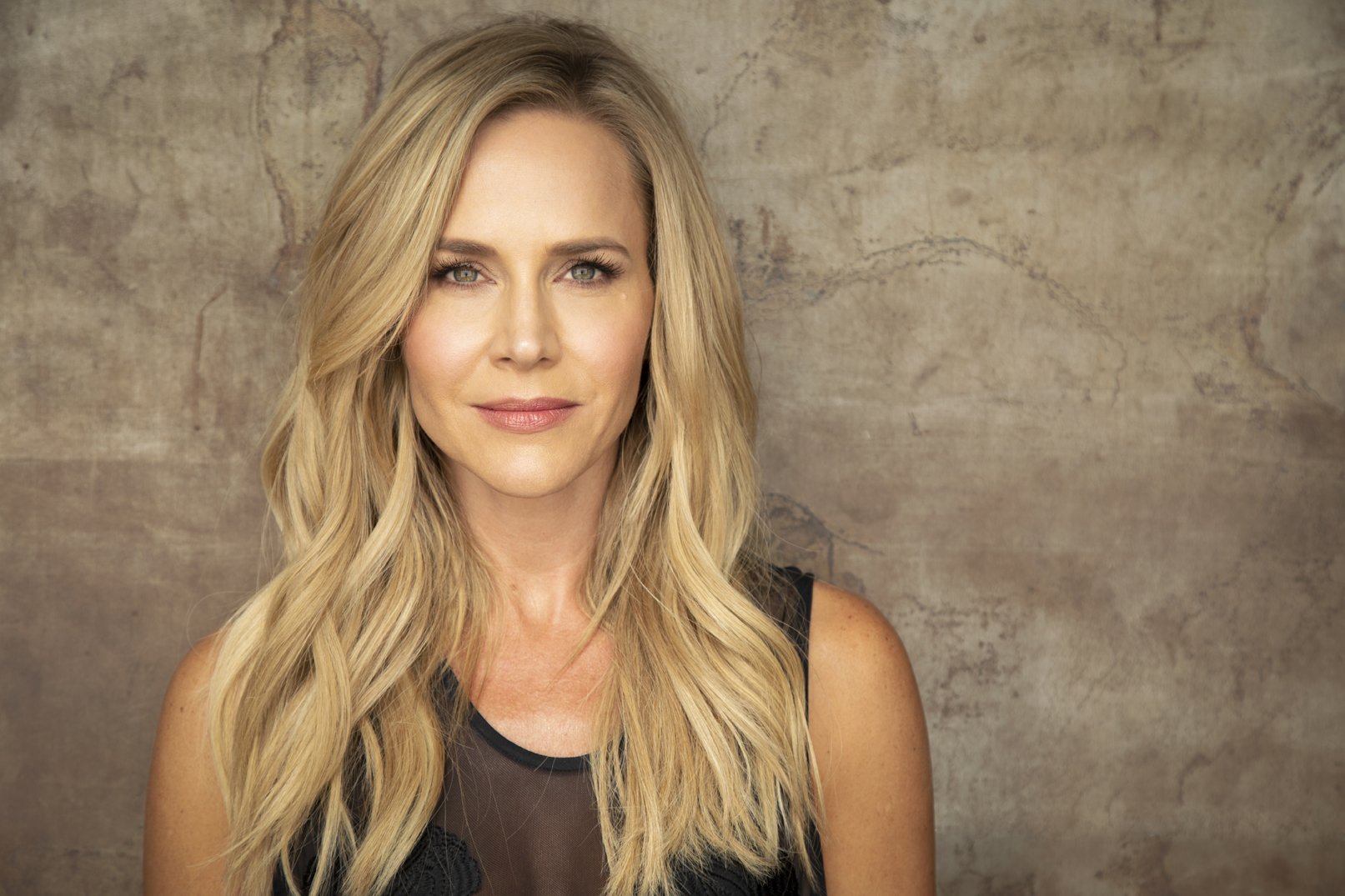 The character of Darla, played by Julie Benz, was supposed to die in the second episode.

Whedon kept her alive in order to make the Buffy/Angel romance more interesting.

16. There’s a good reason why the vampires have scary faces 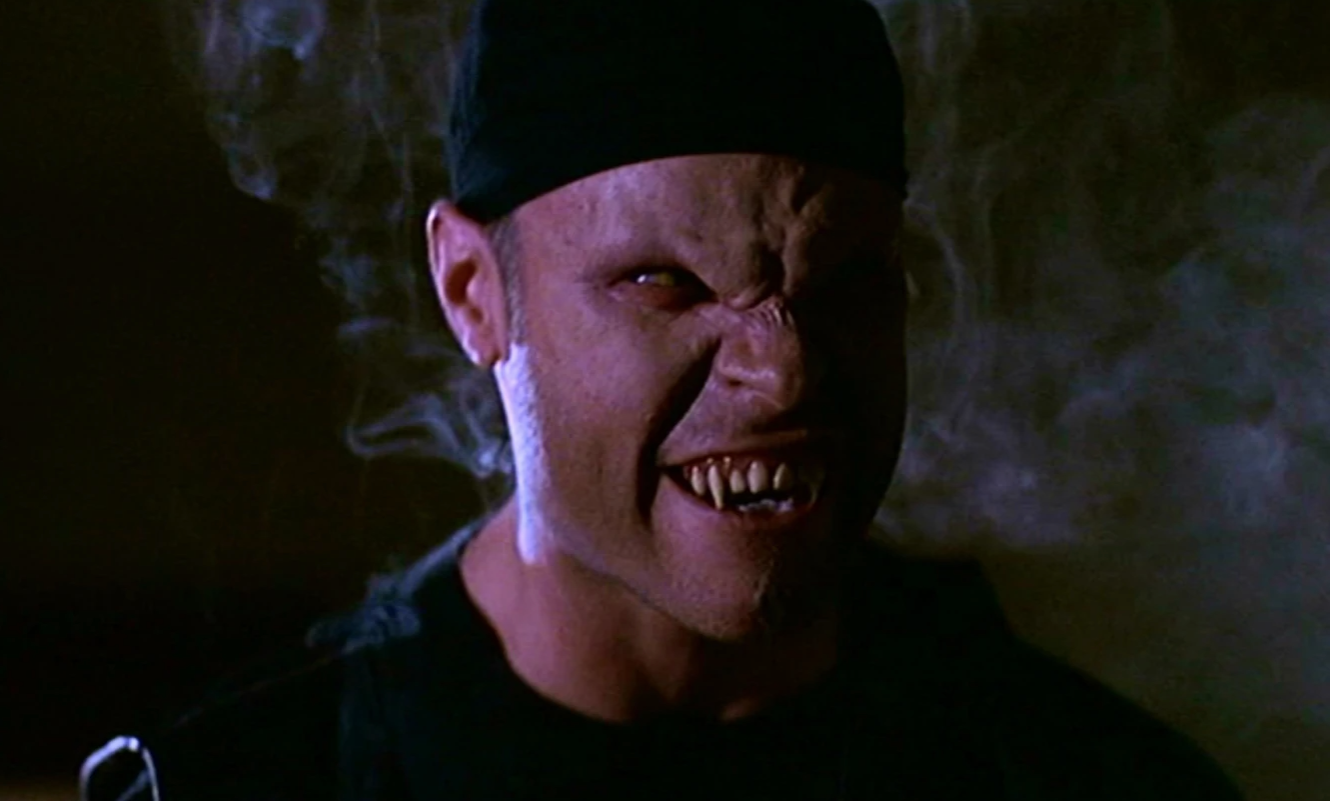 Many portrayals of vampires in film are good-looking, smooth-skinned adolescents. Whedon, however, had a good reason for the vampires looking how they did.

He said: “I didn’t think I really wanted to put a show on the air about a high-school girl who was stabbing normal-looking people in the heart. I thought somehow that might send the wrong message, but when they are clearly monsters, it takes it to a level of fantasy that is safer.”

15. The vampires can’t fly or turn into bats for budget reasons 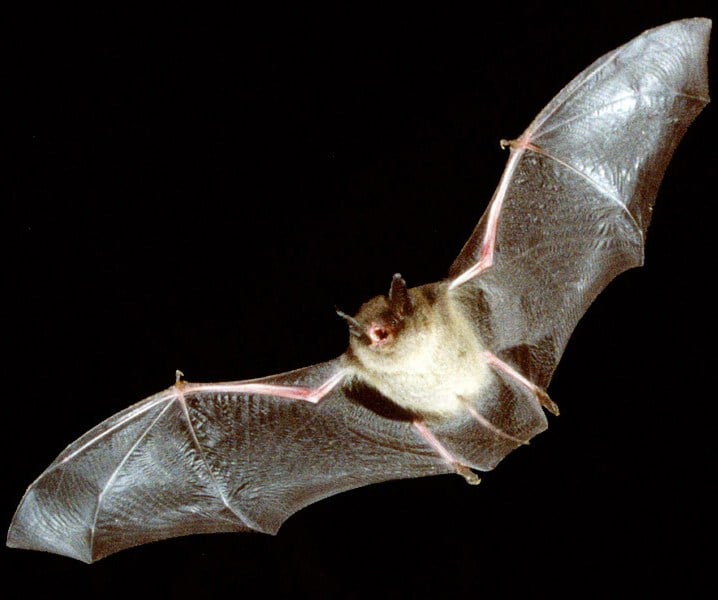 Though Buffy’s vampires follow much traditional vampire lore – they can’t see their reflection, and garlic, sunlight and holy water are all dangers – there are two typical vampire abilities they don’t have.

Whedon’s vampires don’t fly or turn into bats simply because Buffy didn’t have the budget to make that happen.

14. Buffy was turned into a rat to give Gellar time off 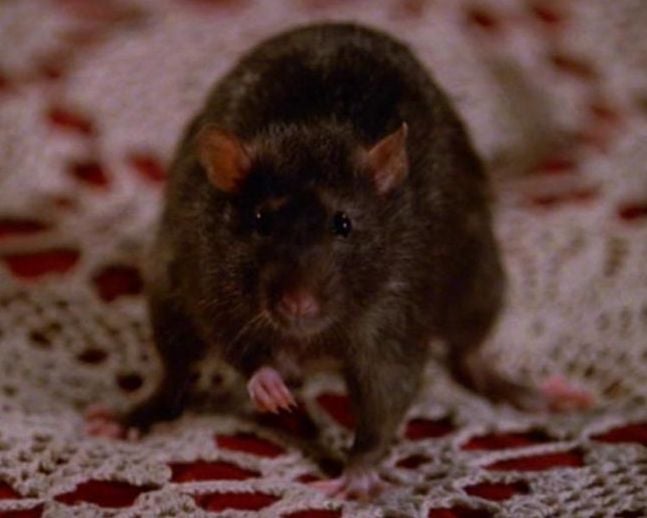 In the season two episode, ‘Bewitched, Bothered and Bewildered,’ Buffy is turned into a rat for a large portion of the episode.

This was partly because Gellar needed time off to appear on her first Saturday Night Live slot.

13. Britney Spears was originally going to appear in an episode 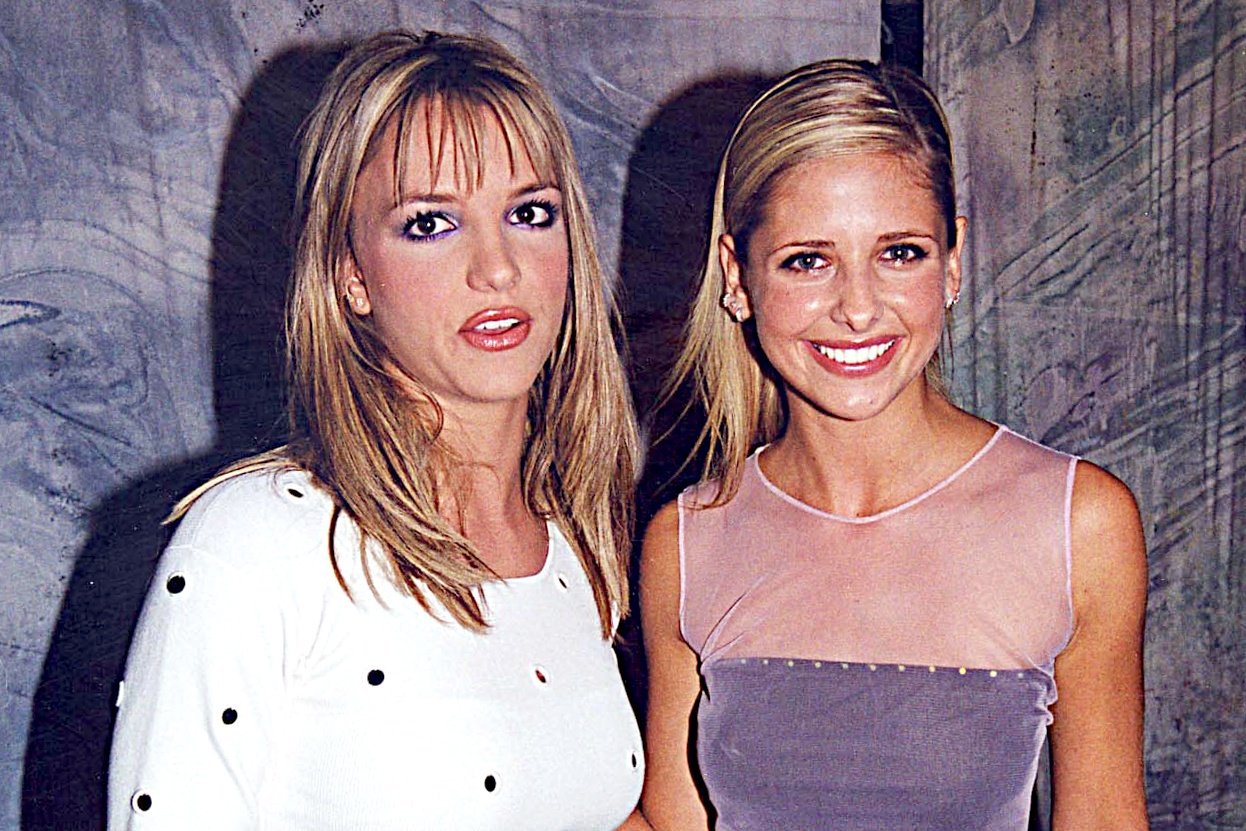 Britney Spears was originally in line to play dream girl robot April in the season five episode ‘I Was Made To Love You.’

Scheduling conflicts forced her to drop out and actress Shonda Farr took the role instead. 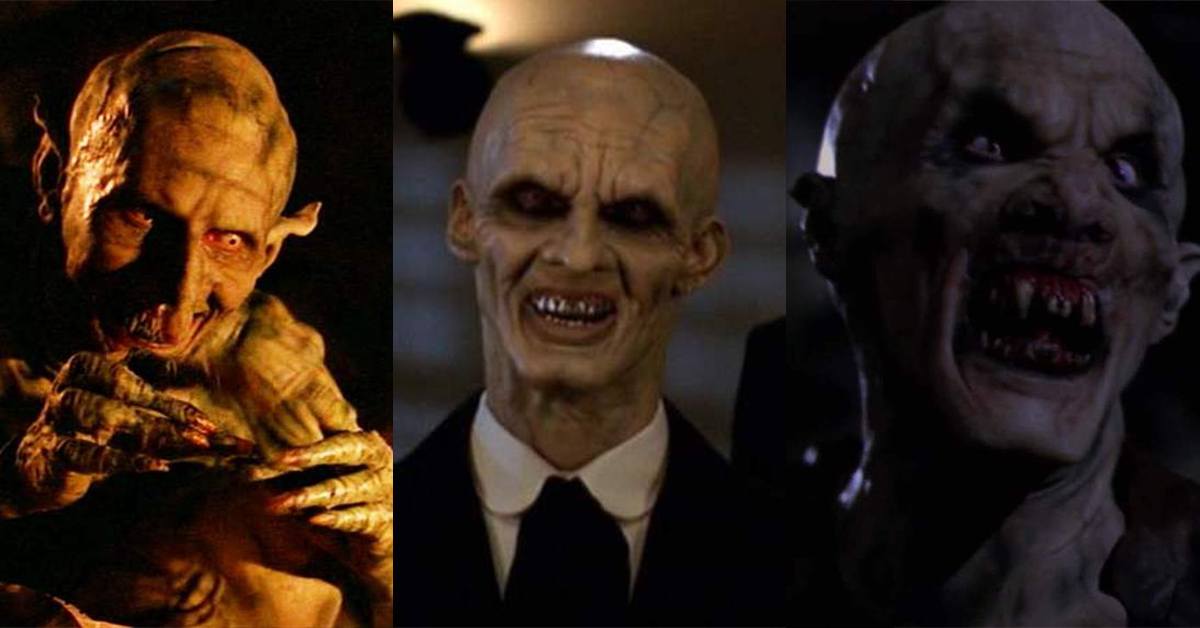 11. The Gentlemen came to Whedon in a dream 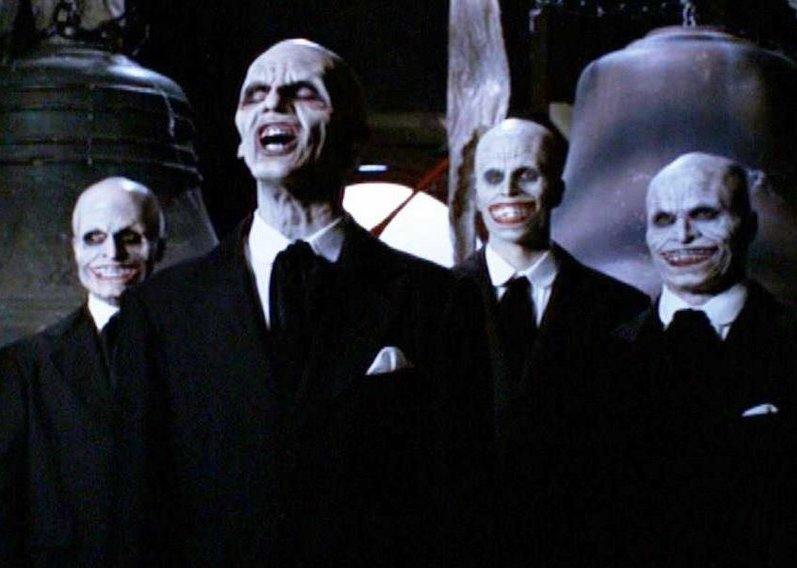 If you thought The Gentlemen were spooky, just count your blessings they never visited you in a dream – which is exactly how Joss Whedon came up with the idea for them in the first place.

The voice-stealing monsters first appeared to Whedon in a nightmare he had as a child. He then completed the look by taking inspiration from Nosferatu, Pinhead and The Simpsons’ Mr Burns.

10. The series didn’t finish with season 7 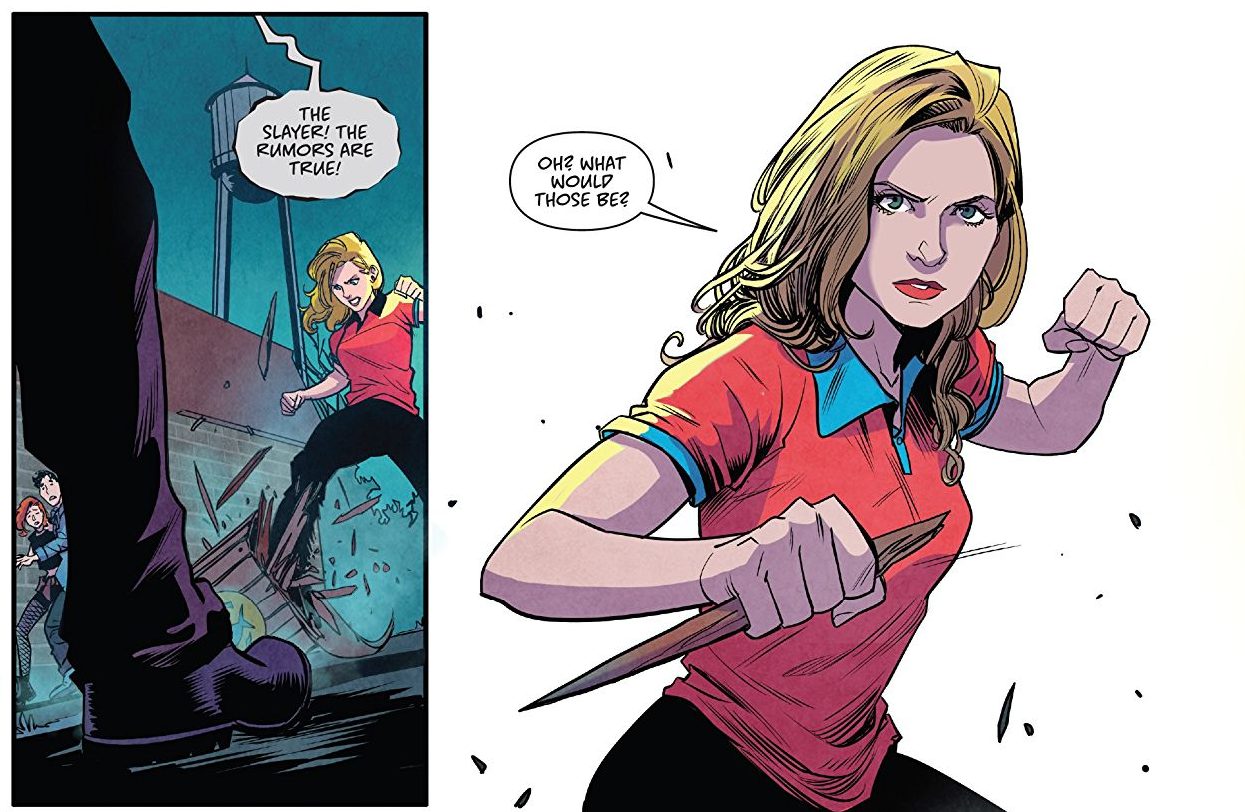 Though Buffy the Vampire Slayer ostensibly ended in 2003, the series has continued – albeit in comic book form.

From 2007 to 2018, Whedon oversaw a graphic novel Buffy series which acted as a continuation of the TV show, with 2018’s Season Twelve comic ostensibly the last.

9. There was originally another theme song, by a ‘famous composer’, but it was scrapped

According to the band, the original theme – by a “famous theme song composer” – wasn’t what Whedon wanted, so he turned to Nerf Herder with what little music budget he had left for a more appropriate tune.

8. There’s a reboot series in development 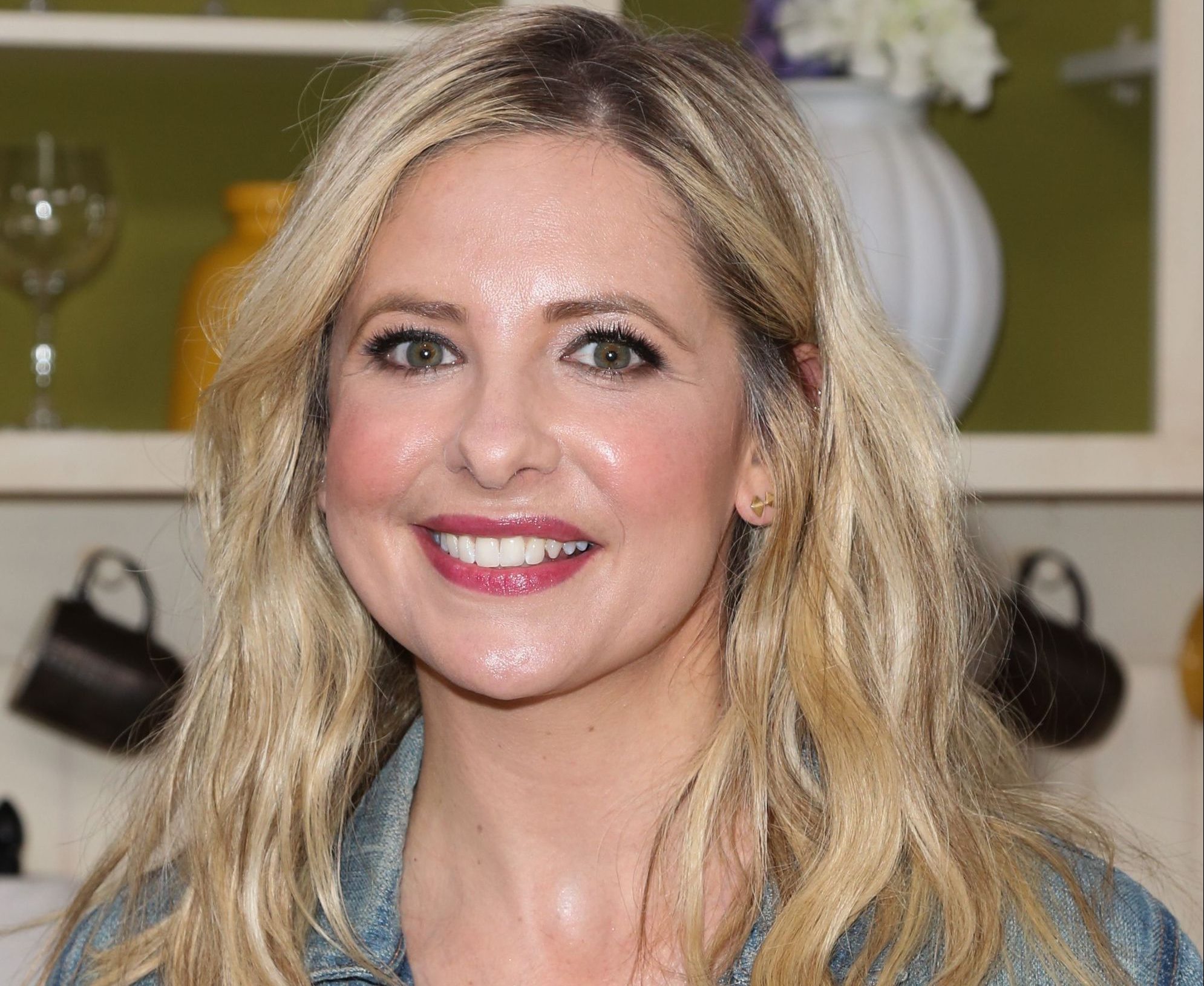 Since at least July 2018, when the announcement was first made by the studio, 20th Century Fox has been developing a Buffy TV reboot.

Monica Owusu-Breen will act as showrunner on the series, with Whedon apparently involved in some capacity. Early word suggests the series will focus on a new character, rather than a recast Buffy.

7. You can study Buffy at university 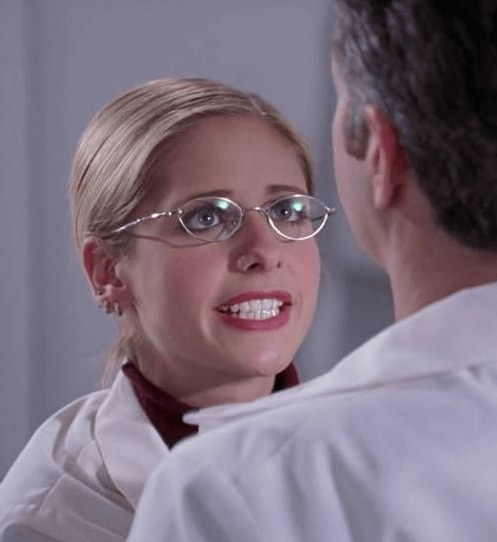 Buffy Studies is real: there are a great number of college and university courses that involve academic analysis of Buffy.

In 2012, Slate wrote that “more than twice as many papers, essays, and books have been devoted to the vampire drama” than to any other TV show.

6. Dolly Parton was (secretly) one of the show’s producers 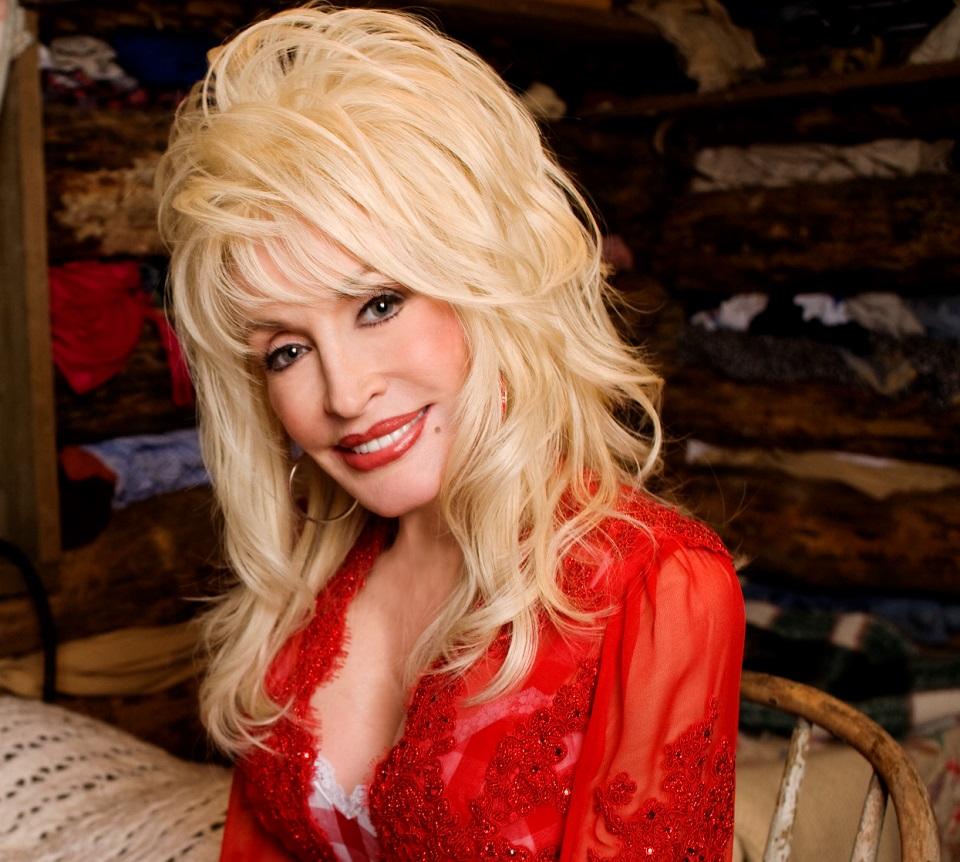 Though she’s not listed as such on the show’s credits, Dolly Parton – yes, arguably the world’s most famous country singer – was executive producer on Buffy the Vampire Slayer. Sort of.

Sandy Gallin, who is listed as an exec producer on the show, owned a production company with Parton, Sandollar Entertainment. Sandollar helped produce the Buffy movie and later went on to fund the Buffy series.

5. There was almost an animated spin-off

At one time, Joss Whedon and his Buffy writing team had so many ideas that they almost made an animated spin-off of the show halfway through the live-action series’ run.

Whedon and co. wrote seven scripts for the Buffy ‘toon, based on ideas they couldn’t execute on the main series, and even produced a pilot, but nobody picked the show up. Says Whedon: “We could not sell the show. We could not sell an animated Buffy, which I still find incomprehensible.”

4. The cast found out the show was ending from an interview Gellar gave with Entertainment Weekly 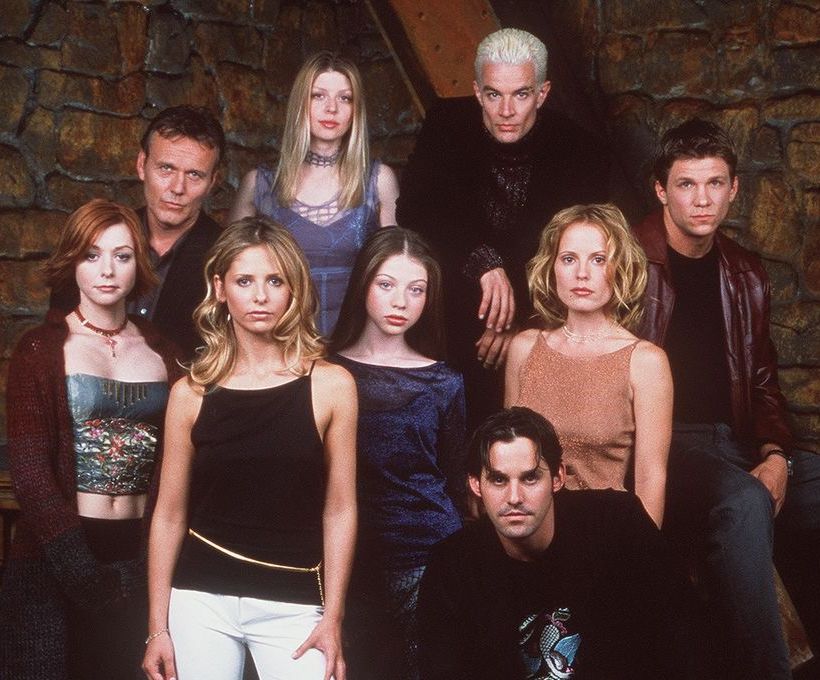 In the March 7, 2003 edition of Entertainment Weekly, Sarah Michelle Gellar revealed that Buffy was ending after seven seasons.

It was a sad day for fans, but an even sadder day for the cast, who had no idea, and found out their show was coming to a close through the interview, having not been told in advance. 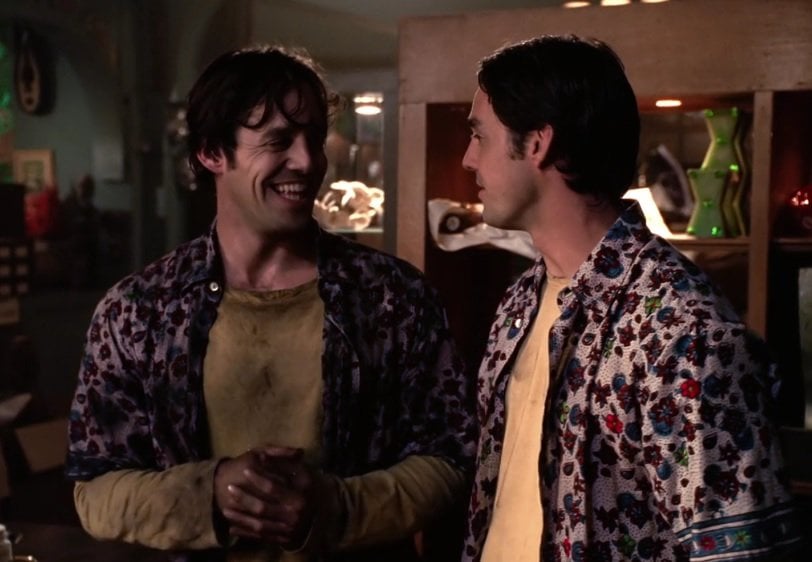 In the season five episodes The Replacement and Intervention, Xander splits into two different versions of himself, a storyline Whedon realised without resorting to using special effects.

To account for the scenes where both Xanders would appear on-screen, Whedon simply drafted in Nicholas Brendon’s brother, Kelly, to play Xander’s double. It made sense – Kelly was Nicholas’ identical twin, after all – while prior to season five, Kelly had already acted as his brother’s stunt double.

2. The Anointed One was killed off early because the actor was growing up too fast 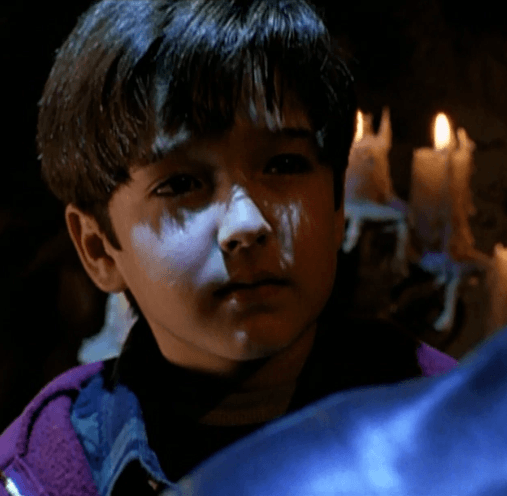 By season two, the 10-year-old Ferchland was already noticeably beginning to mature, so Whedon had his character killed early to avoid continuity issues. 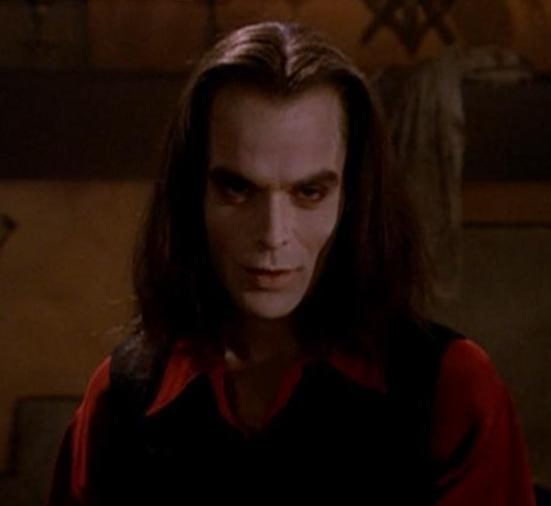 The part almost went to another actor, however: Freddie Prinze Jr, aka Sarah Michelle Gellar’s husband.