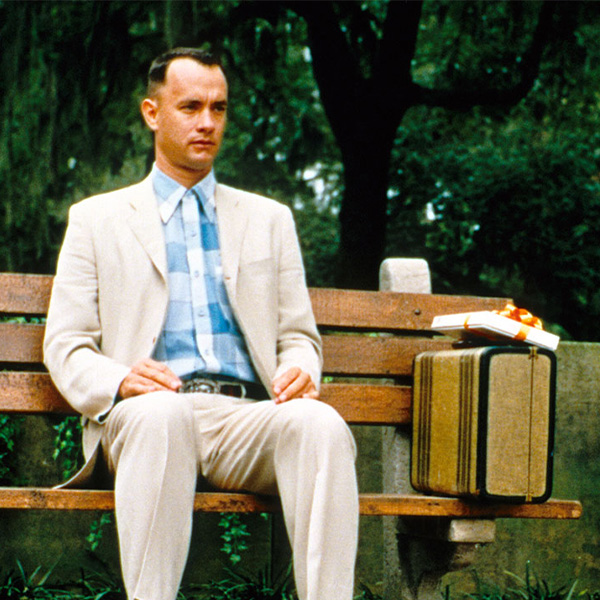 "Mama always said life was like a box of chocolates. You never know what you're gonna get." This line from Forrest Gump surely ranks among cinema's best-known quotations and is immediately conjured in star Tom Hanks' southern drawl. However, the film was far more successful than even its pop-culture longevity suggests.

The film follows the eponymous Forrest Gump, a plain-spoken and unerringly kind man whose life improbably intersects with American history at every turn. For example, he inspires Elvis Presley, is awarded a Medal of Honor by Lyndon B Johnson for service in Vietnam and exposes the Watergate Scandal.

Adapted from a 1986 novel by Winston Groom and directed by Robert Zemeckis, the film reaped $678.2 million at the box office from a budget of $55 million, making it the second-highest-grossing film of 1994 behind The Lion King.

A screenplay for a sequel was written in 2001, based on Groom's sequel novel Gump & Co, which would have seen the 'real' Forrest Gump battle with the media attention afforded by a film based on his life. Eventually, he meets Tom Hanks and attends the Academy Awards. However, plans for a sequel were shelved after the September 11th attacks, with Zemeckis, Hanks and screenwriter Eric Roth agreeing that the story was no longer relevant.